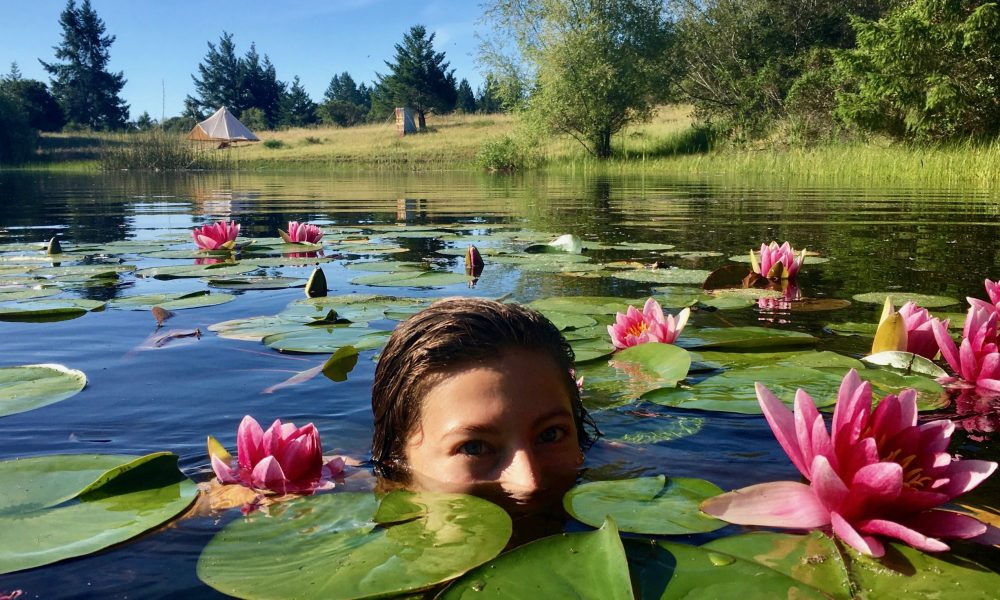 Today we’d like to introduce you to Yvette Holzwarth.

Yvette, let’s start with your story. We’d love to hear how you got started and how the journey has been so far.
Born in the Silicon Valley to two electrical engineers, I traced an unexpected and circuitous route to a career in music. While it wasn’t my parents’ first choice for my profession, I have to thank them for launching me on this path. My backstory begins: My mother was born in China and emigrated to California. My father’s parents grew up in Switzerland and Germany, met in Toronto, and then moved to California. So, like many California kids, I am a first-generation American and of mixed heritage. In the Bay Area, where I was raised, many parents start their children on violin or piano lessons at young ages. At three years old (my sister was one and a half), I began taking Suzuki violin lessons. We have great baby pictures of us holding our tiny instruments. My memories don’t go back far enough to remember a time when I didn’t play the violin.

My upbringing involved obligatory and rigorous academic goals. Playing music in a youth orchestra, choir, and high school musicals was a nice respite from that, but still had a competitive undercurrent. At that time in my life, music was treated more a pursuit to help with college admissions than to pursue as a career. When I was 17, I moved to Los Angeles to attend UCLA as a Pre-Business Economics major and spent the first semester struggling to pass a calculus class and abandoning the violin. Living away from home, my first whiff of independence made me question my own purpose and desires. I formed a quiet rebellion by changing to an American Literature Major. I also returned to music with a new mindset. I found in it immense creative room to explore and express myself. Freedom to follow self-formed interests has since led me to many unique and fortuitous experiences.

In 2006, I joined the American Youth Symphony. Playing in this orchestra brought me new excitement for classical music. I also became a member of the Los Angeles-based Arabic orchestra MESTO. I was introduced to gorgeous Egyptian music by Muhammad Abd al-Wahhab, Umm Kulthum, and Farid El-Atrache. During this time, I delved into improvised music and played in bands. After graduating from UCLA, I found work as a freelance musician — performing, recording, and teaching music. Combining my love for poetry with music, I also began writing my own music and recorded my first collection of songs called Open It Up.

In my mid-20s, I felt a deep longing to take a break from big city life, which coincided with hitting a rut in freelance work. I moved to rural West Sonoma County and spent an impactful year living and working in an intentional community. I learned about the principles of permaculture, lived in a one-room wood cabin, cooked with ingredients from the organic farm, swam naked in the pond, and made friends with independent thinkers and self-motivated humans. This period gave me time to question my direction. I realized that I craved a deeper understanding and education in music. I applied to CalArts’ MFA Performer-Composer program.

Since committing to music as my livelihood, I’ve been very lucky to connect with other artists that inspire me with their creativity, discipline, and boldness. Los Angeles is full of people dedicated to their craft. I could start listing them but it would take a while! I learn from these people. I offer my talents to their projects. Likewise, I’m constantly floored by how generously friends lend their skills to my own work. At this point, I have accomplished things that I would not have imagined. I’ve written and recorded my own music as well as collaborated with composers, songwriters, filmmakers, visual artists, dancers, poets, and theatre companies.

Through playing music with various artists, I’ve seen many parts of the world including Japan, China, Croatia, Serbia, Macedonia, Egypt, Abu Dhabi, Oman, Guatemala, and different corners of the United States. I’ve jumped into new styles of music — trusting my ear and intuition and always learning. Recently, I self-released an album of original music, “What Lies Ahead,” with my nine-piece band. Currently, I’m rehearsing for a theatrical premiere of Frankenstein, a modern interpretation produced by the innovative LA company Four Larks and The Wallis Center. Scheduled for release this spring is “Harbor” — a Balkan-inspired violin and guitar duo album with renowned guitarist Miroslav Tadic with whom I regularly perform in Eastern Europe.

Has it been a smooth road?
My main struggles have been disillusionment, lack of confidence, and falling prey to unhealthy social expectations. I’m always working to free my mind of ingrained ideas of “achievement” or “success” that are materialistic, hierarchical, or superficial. It has taken a while to carve out my purpose and figure out what I uniquely offer.

Can you give our readers some background on your music?
I am a musician with several hats — violinist, vocalist, music educator, improviser, arranger, songwriter, and composer. I enjoy working with recording technology, and I engineer string sessions in my home studio to send tracks to clients. I also often help write or arrange these string parts. When collaborating with other people, I am proud of being flexible and understanding. I also offer a variety of perspectives due to the different styles of music I play.

In my own projects, I combine my love for words with music. My art is often driven first by a lyrical idea and melody. It comes most naturally to me. I dig into subjects that I have a difficult time expressing in conversation with people, or the things I would write in a journal. They seem less secretive in song. Looking back on songs I’ve written I notice some recurring themes: dealing with change, future tripping, and a desire for freedom. Musically I like to explore the dichotomy between crafted arrangement versus free improvisation. I feel very lucky that I have gotten to work with friends that support and add to my ideas with their own musical contributions.

Let’s touch on your thoughts about our city – what do you like the most and least?
Los Angeles shines with an aura of possibility. People are always moving here from other parts of the world to tap into this fantasy, especially people who are interested in creative jobs. So, you end up being surrounded by a community of people who can energize you in your work. On the downside, this can also be exhausting when you want to go out and meet new people without feeling challenged to “network.” Likewise, the vastness of this city is both one of my favorite things and can also be its disadvantage. I love how many different people live here and how you can always be introduced to new experiences, just as long as you don’t get discouraged by how long it takes to get from one part of the city to another. 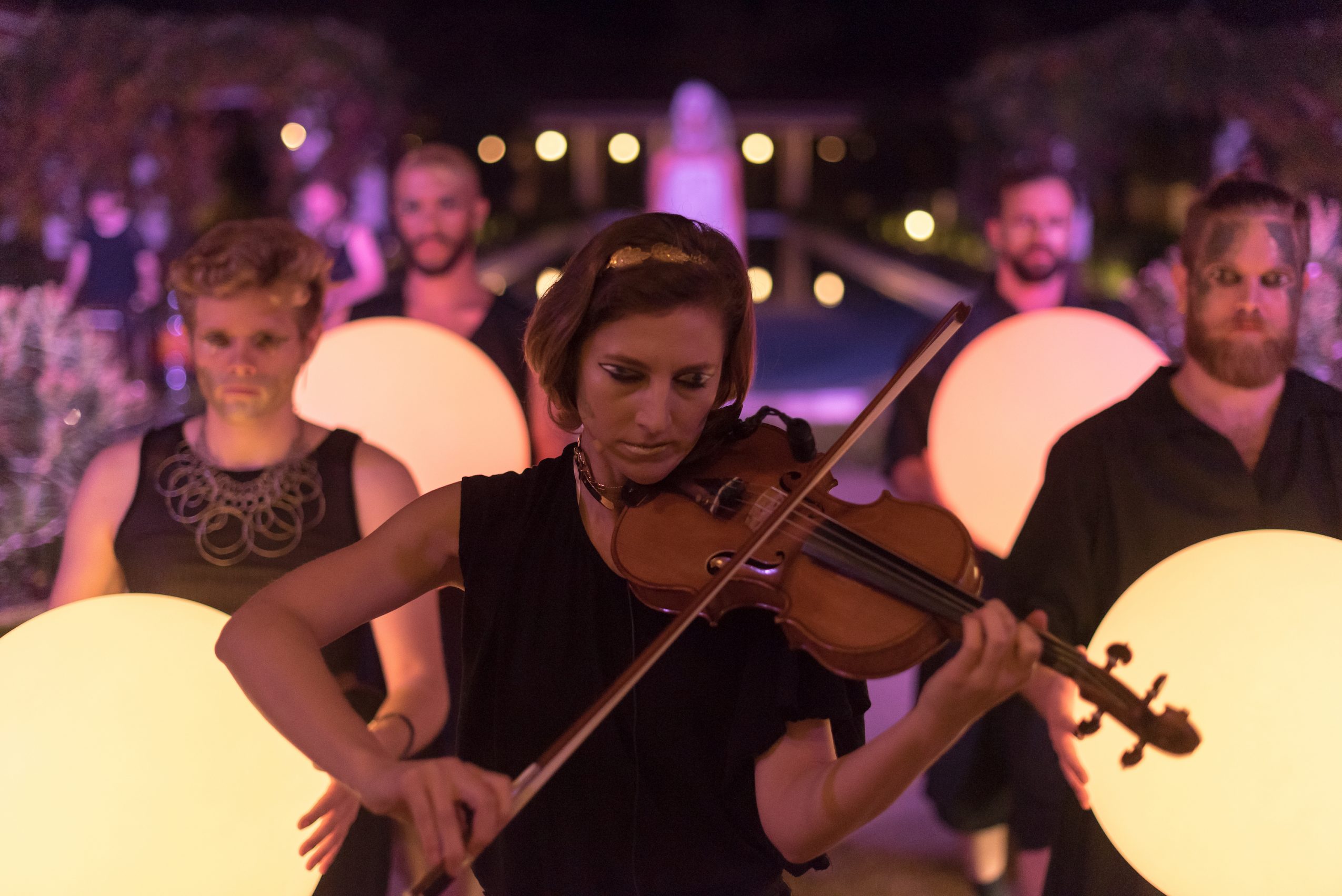 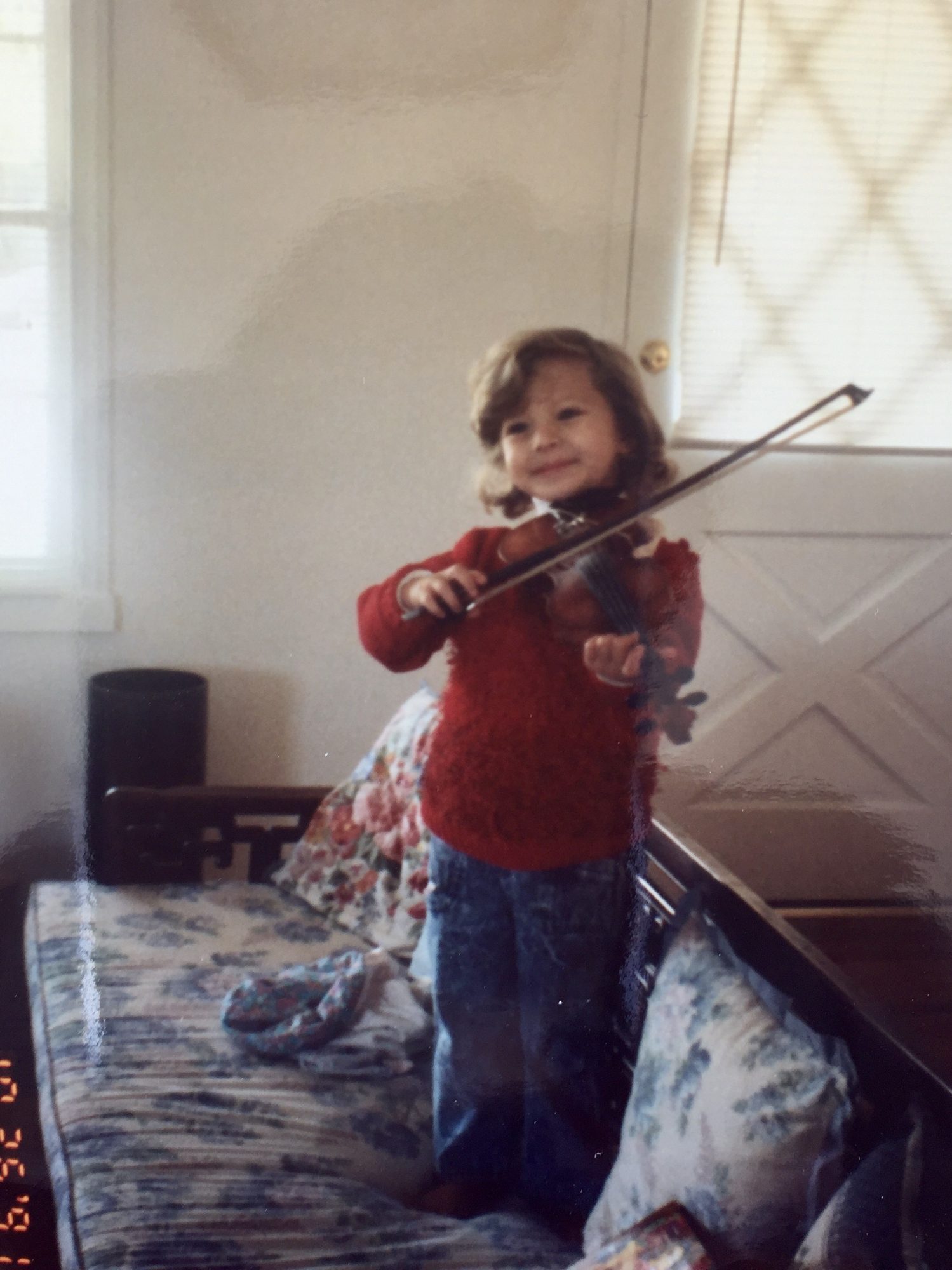 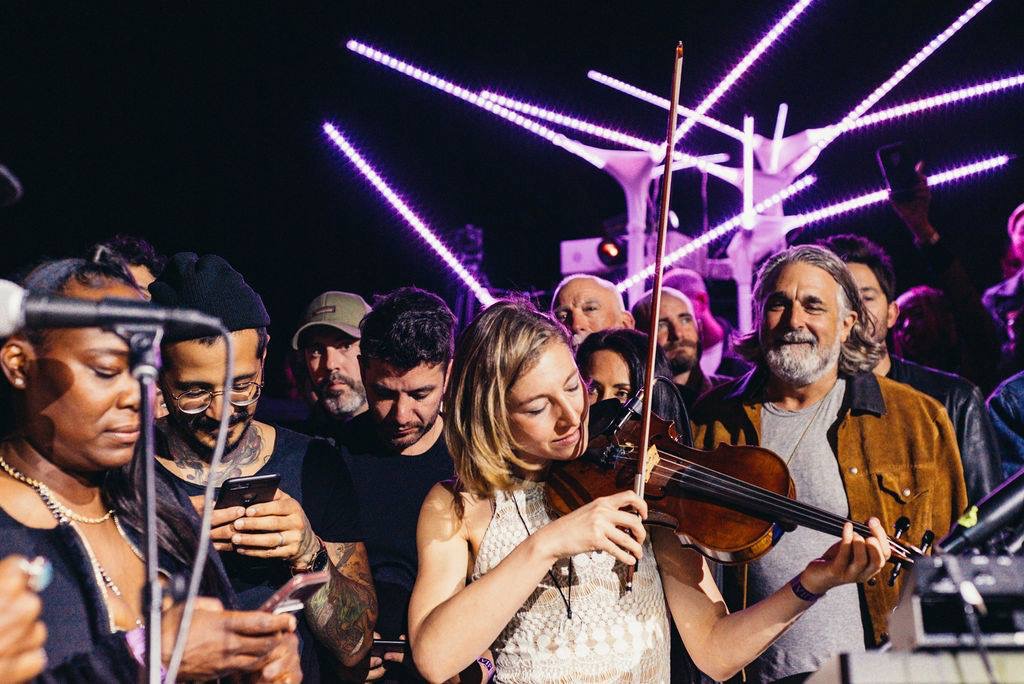 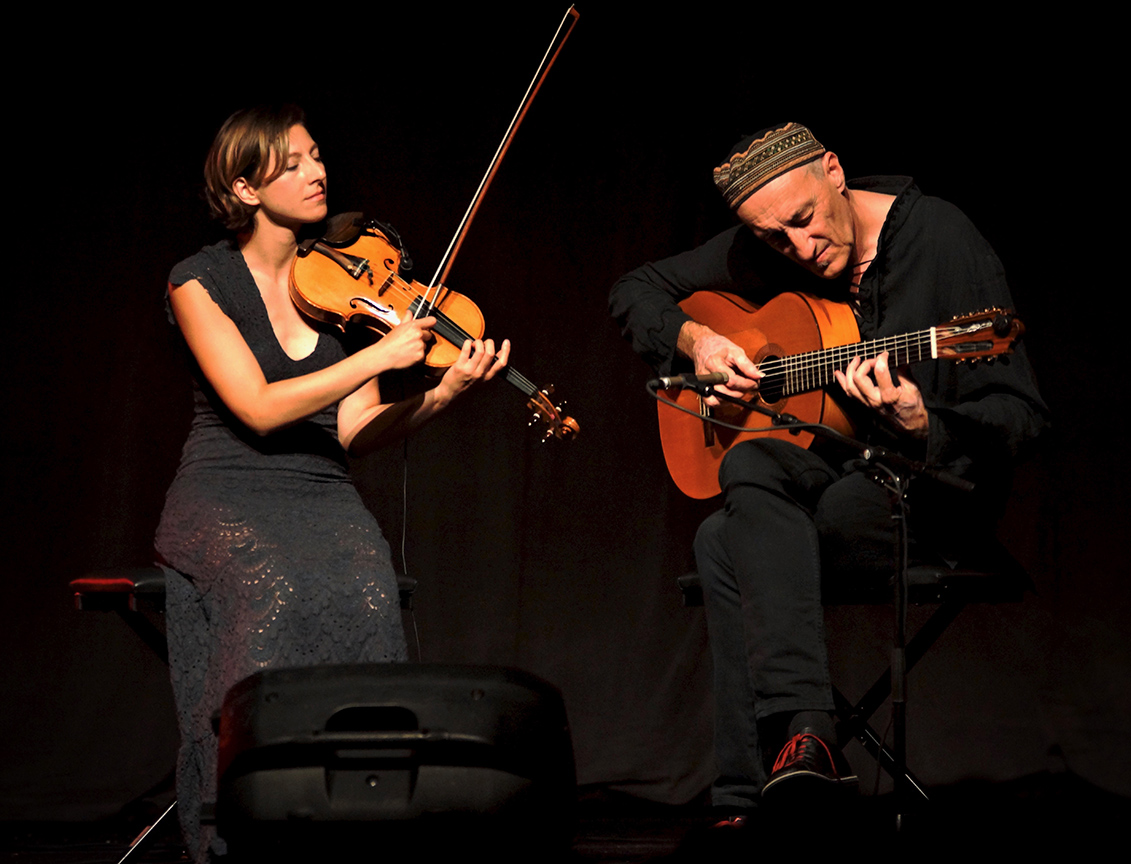 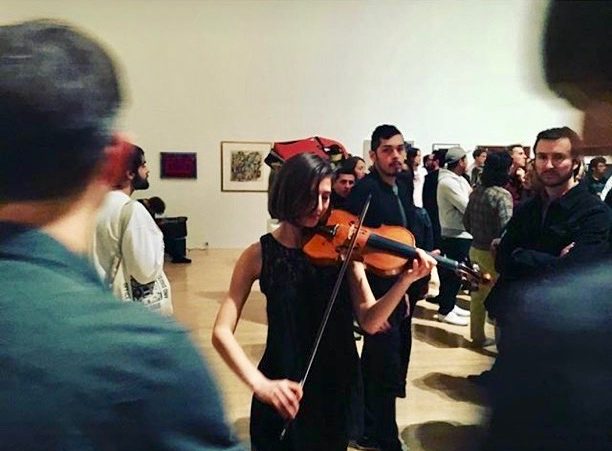 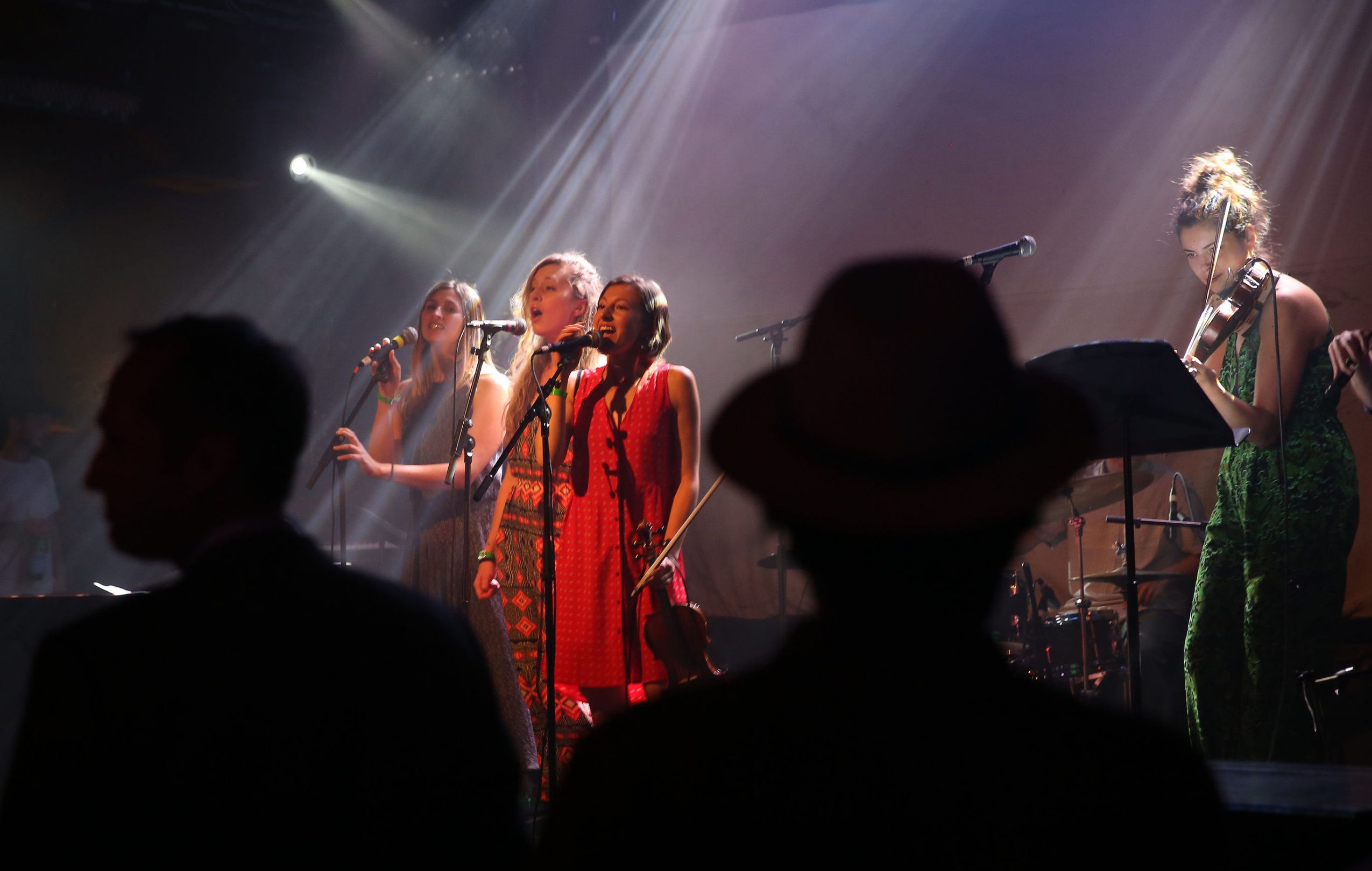 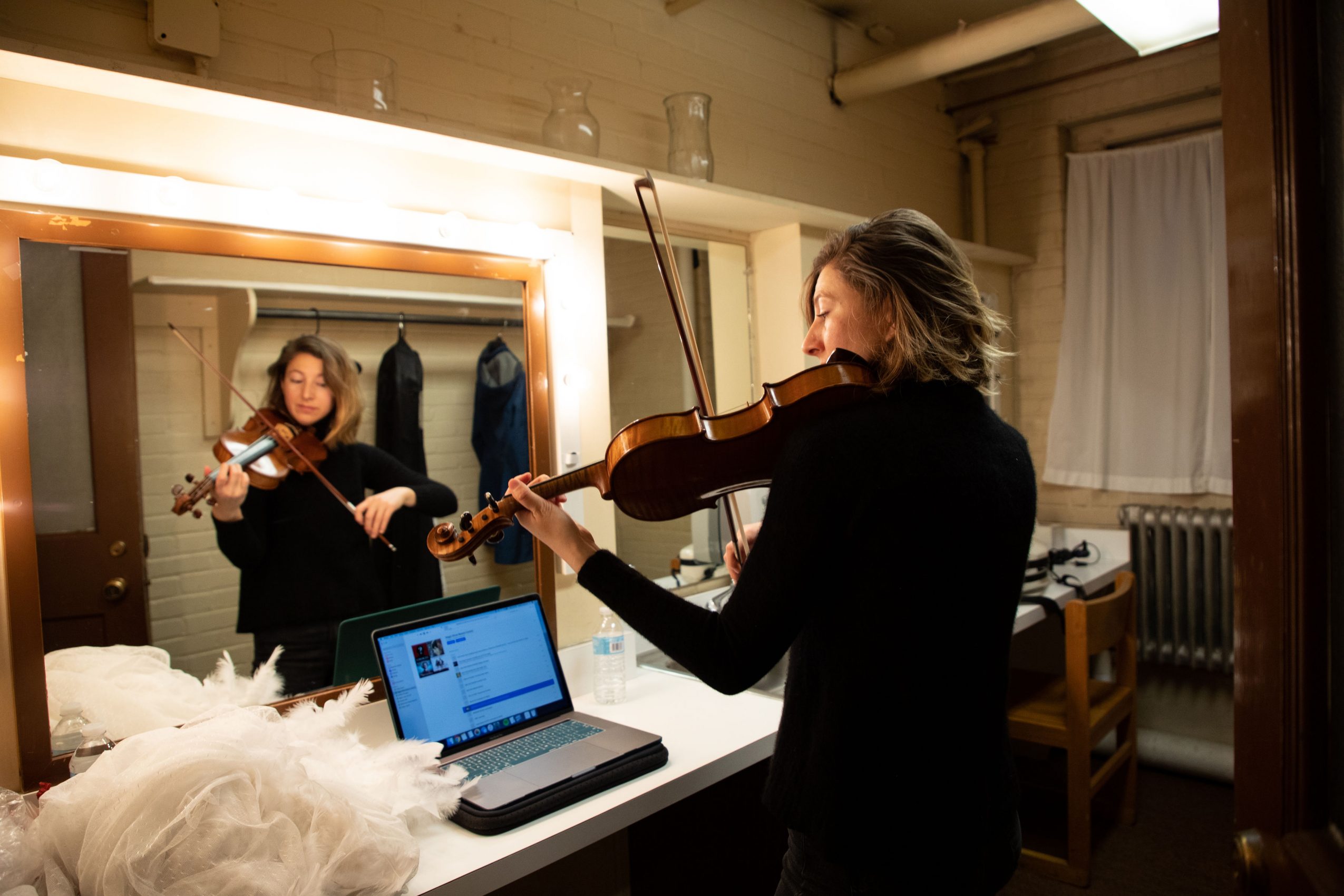 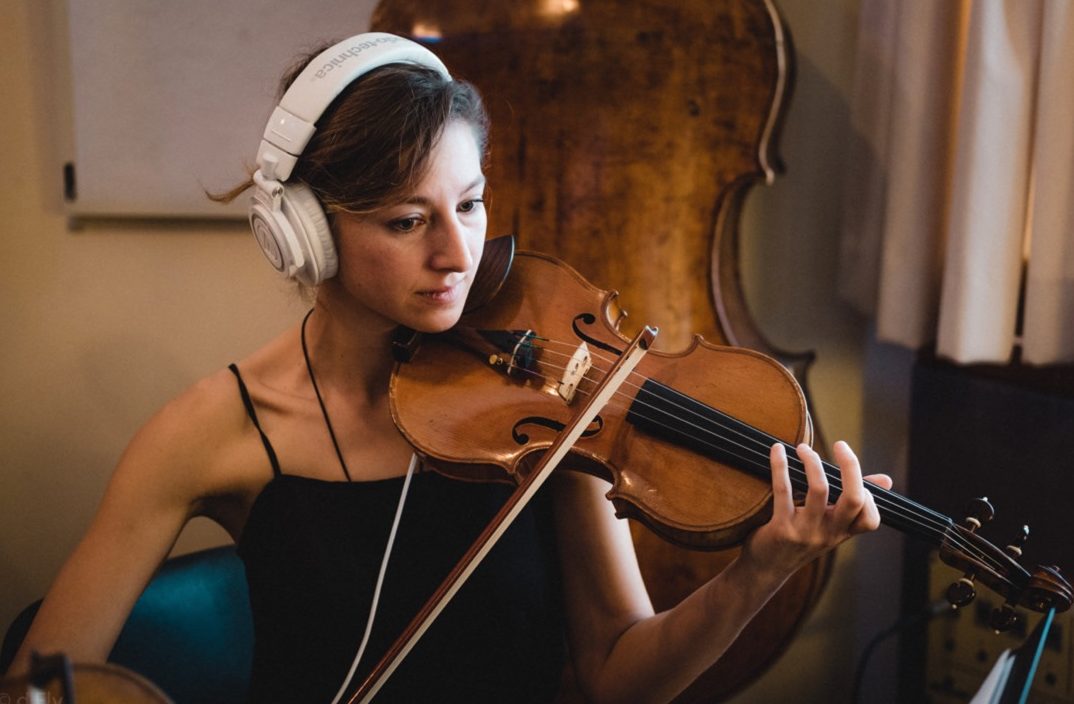