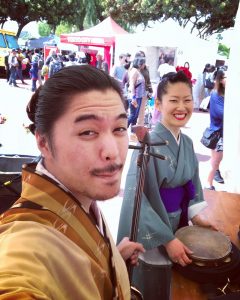 Today we’d like to introduce you to Yuna and Tida.

Yuna and Tida, can you briefly walk us through your story – how you started and how you got to where you are today.
Tida: I started playing the Sanshin when I was 11. At first I did it because I was forced to but the more I improved the more it started to grow on me. The songs stopped becoming boring sounds that made me fall asleep and I started appreciating how unique and interesting the pieces were. Fast forward to eight years later and thats when I met Yuna.

Yuna: We met at a festival that we were both performing at and at the time I met Tida I had only been playing sanshin for a week! We didn’t talk much when we first met. Just exchanged some information and Tida said he would be looking forward to my performance. Later Tida said that he saw me up on the stage but I was focusing on performing so I never noticed him bahaha.

Tida: Yuna was the coolest person I had met. She did all kinds of music and art and all I could think about was how I wanted to hang out and jam so I would constantly try to contact her by calling her old school potato phone!

Yuna: Haha yeah my old potato phone. I had only used flipped phones at that time and at that point still had never even texted before. At that time, we were only communicating through online messages since I never picked up his phone calls hahaha.

TIda: She never answered my calls but I was persistent and I kept asking her to hang out! And after I said let’s go jam for the 50th time she finally said okay!

Yuna: I finally gave in and said okay let’s meet up and jam. And can you believe when we met up we didn’t even get to play music? He walked up and said “do you wanna go eat?” And I said, “What!! I thought we were gonna go jam!”

Tida: Hahaha ya with a big goofy smile I asked if we could go eat and she reluctantly said okay. So we went out to eat and started talking. I told her how I found her music on Youtube and really liked her cover of Blackstar’s “Definition”. And that is where it all started!

Yuna: I was totally caught off guard when he mentioned Blackstar and was thinking what does this “little kid know about hip hop?”

Tida: It was then that we found out how much our musical tastes aligned and then we got along great from there! Music was the most important thing to both of us and it was really difficult to find anyone with similar taste. We would just keep naming artists like Oscar Peterson, Miles Davis, Tribe Called Quest, Tupac, etc. and keep getting more excited how we both liked the same music.

Yuna: We finished eating and I asked what we should do now. And Tida said he wasn’t sure so I asked “how about we go to the beach?” and his face lit up and said ya!! When we got to the beach Tida couldn’t contain his excitement. He had the biggest smile on his face. It made me wonder if he ever got out at all hahaha. We ended up jamming and played sanshin all the way into the morning on the beach!

Tida: Heading out to the beach in the middle of the night and playing music became our routine so we started going on adventures and looking for different beaches and best places to jam at!

Yuna: And thats how the Yuna & Tida adventures began. We would meet up and head to the beach in the middle of the night and play music till the sun came rising up!

Tida: Before we formed Yuna & Tida as a musical duo we performed together a couple of times. The first time we performed together was at a cultural dance festival and we played a set of live music for the dancers. People were really receptive of our performance and we kept getting asked back to perform and eventually we decided to make a name.

Yuna: We always talked about how opposite we were and that’s when we came up with idea of Yuna & Tida, which translate to night & day. And ever since then we’ve been continuing our pursuit of growing as musicians and finding new adventures!

We’re always bombarded by how great it is to pursue your passion, etc – but we’ve spoken with enough people to know that it’s not always easy. Overall, would you say things have been easy for you?
Overall its been a pretty smooth road. One thing we have had to constantly deal with is people mistaking our instrument! We play the sanshin but it is often mistaken for the shamisen. It would be difficult to count on our fingers how many times we had to explain the difference but that’s part of the why we play. Aside from loving the music we also like sharing this beautiful and rare art.

We’d love to hear more about your work and what you are currently focused on. What else should we know?
We are two creative artists who have come together to form Yuna & Tida, the coolest and silliest musical duo you’ll ever come across. When we aren’t busy beating each other up we’re busy adventuring and cooking up musical ideas and other types of mischief. We go by many names but when we are Yuna & Tida, you can mostly find us playing the traditional three string lute known as the Sanshin. 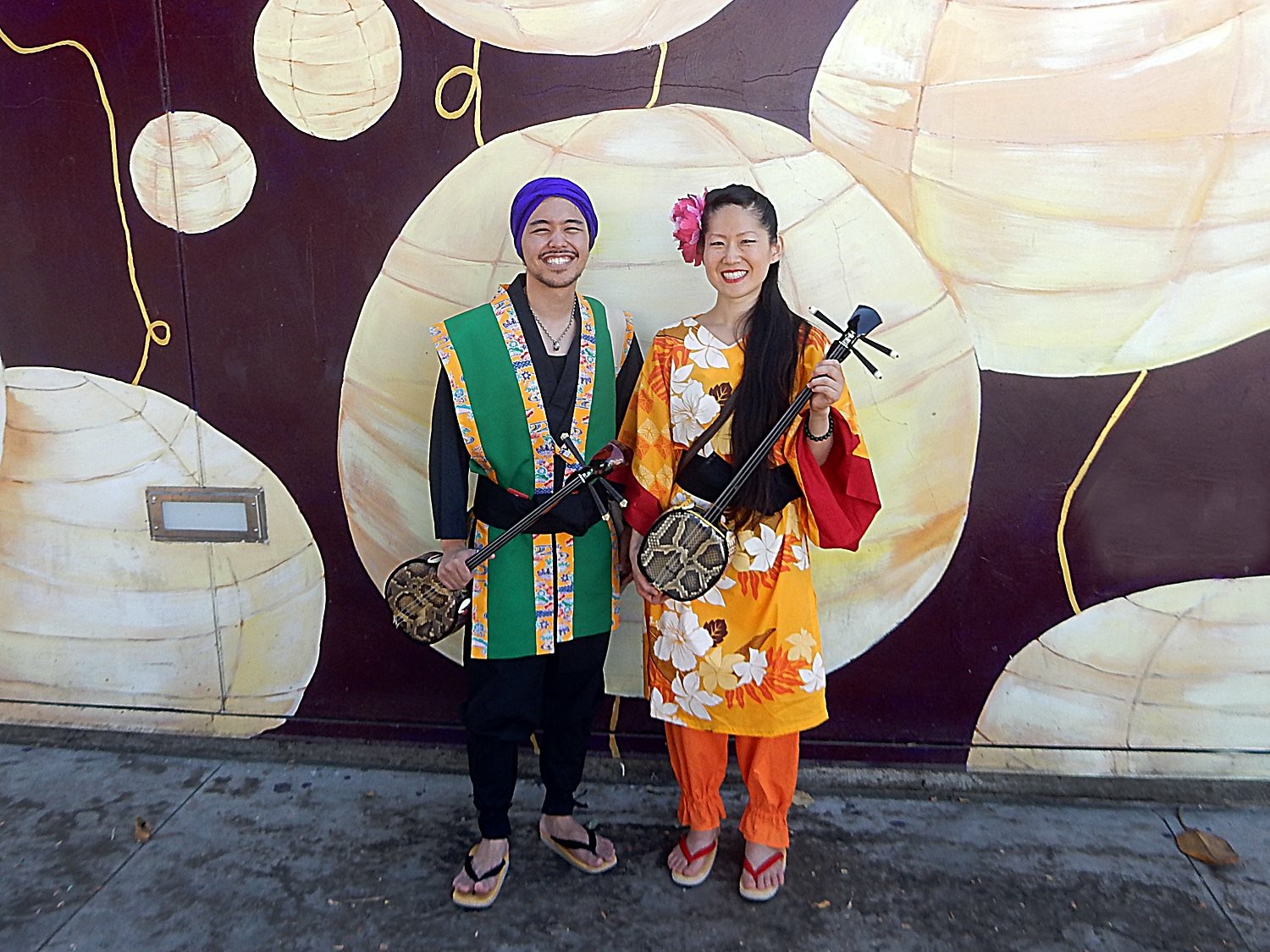 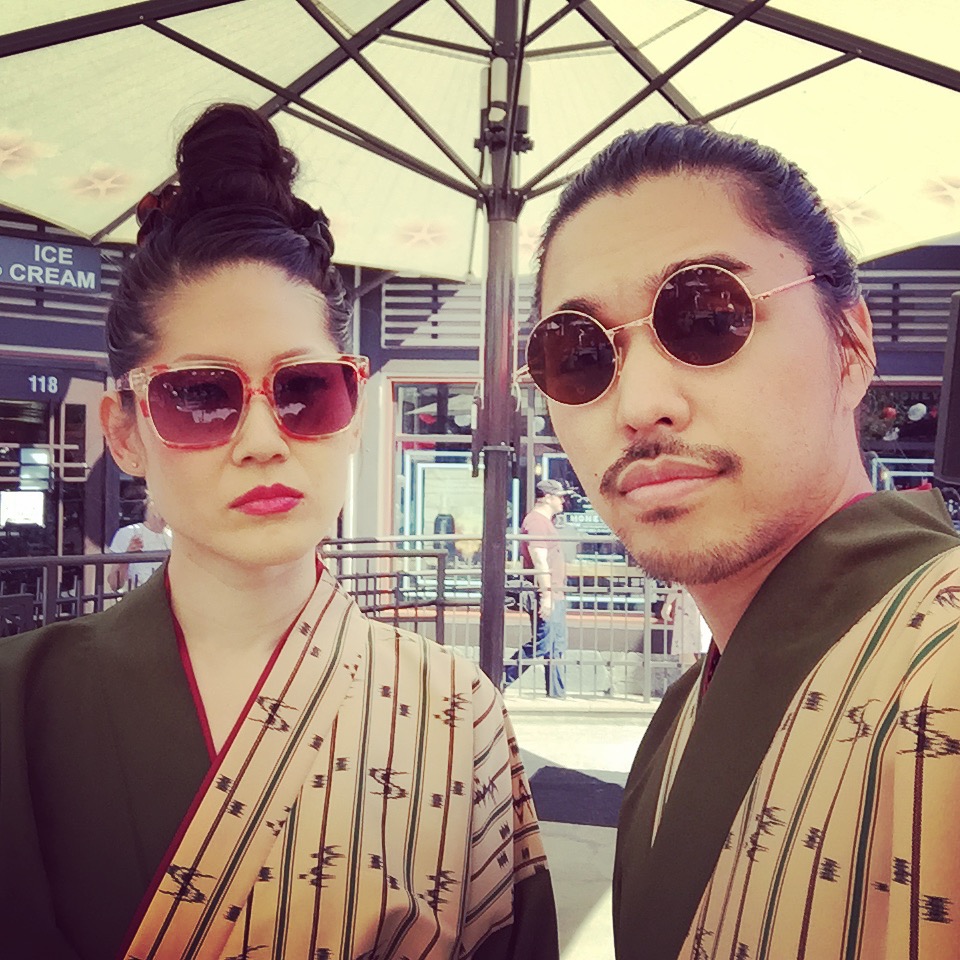 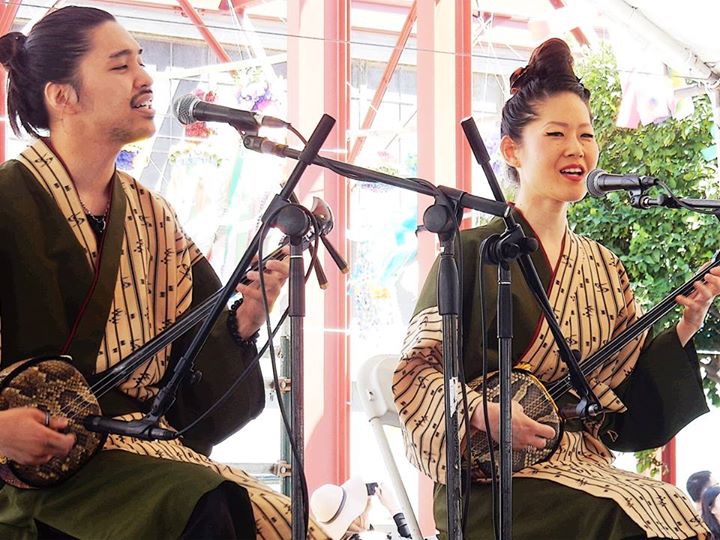 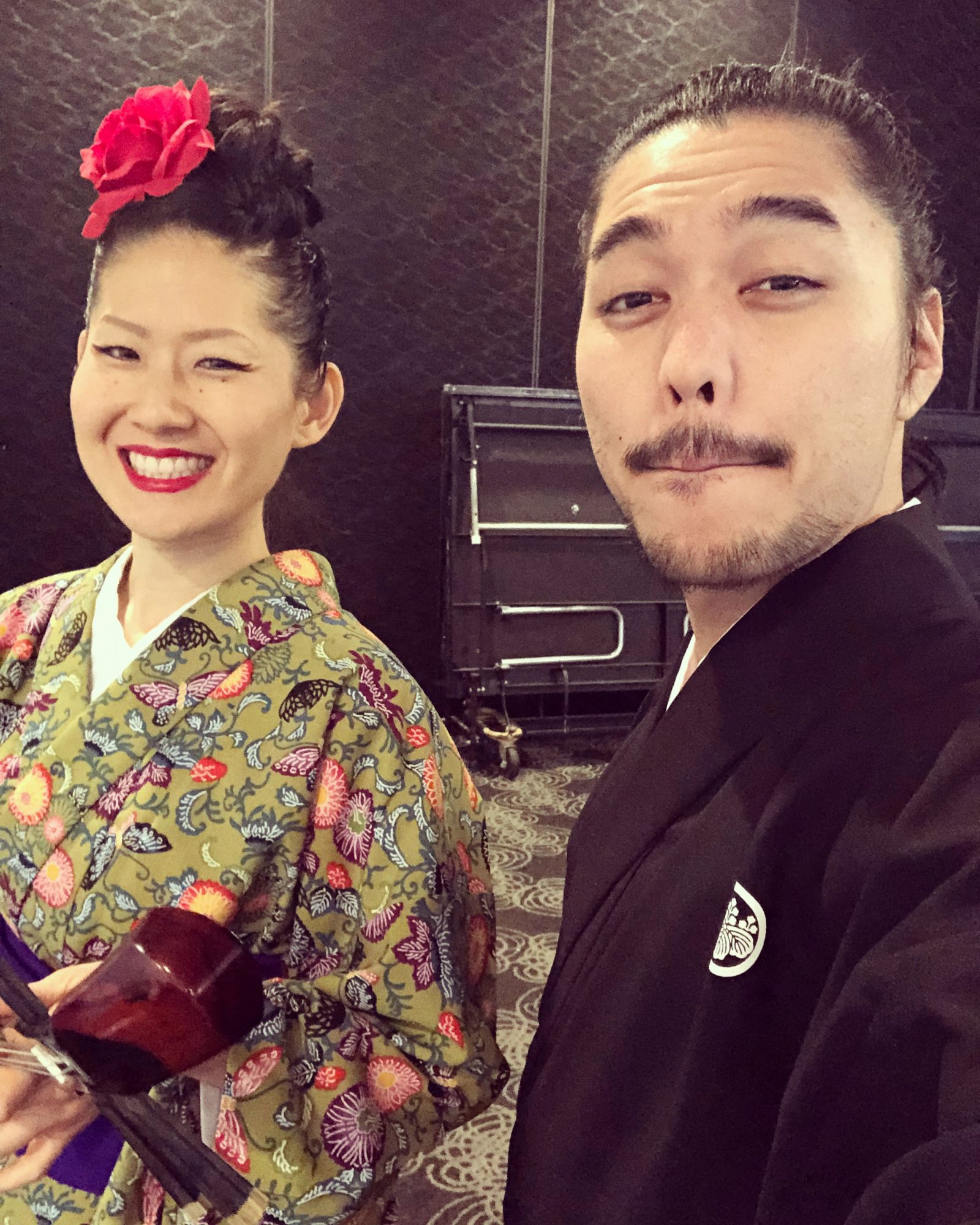 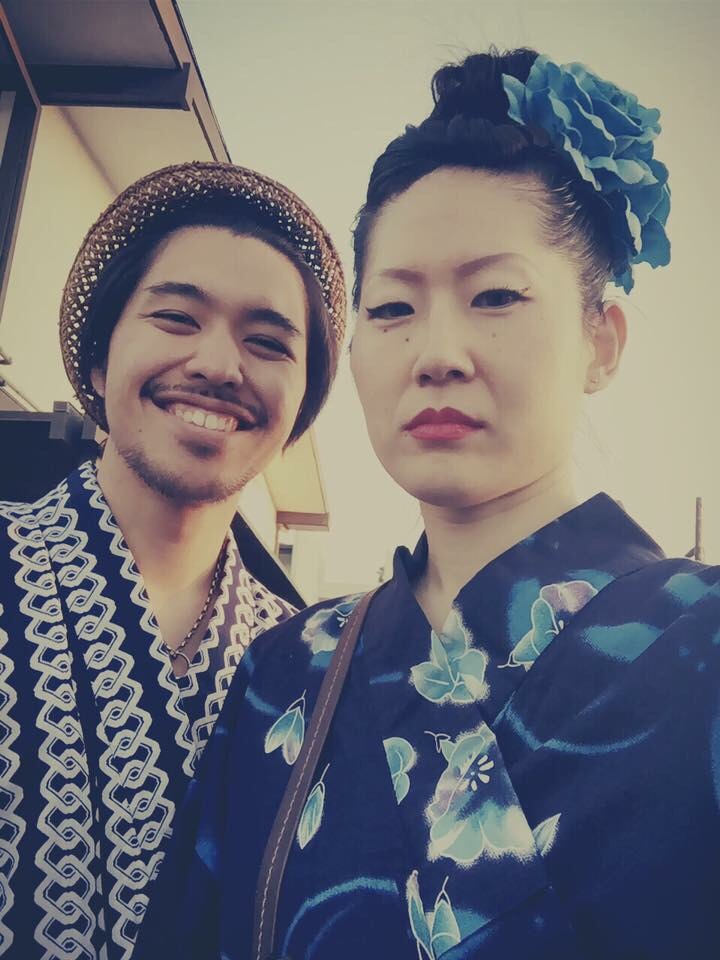 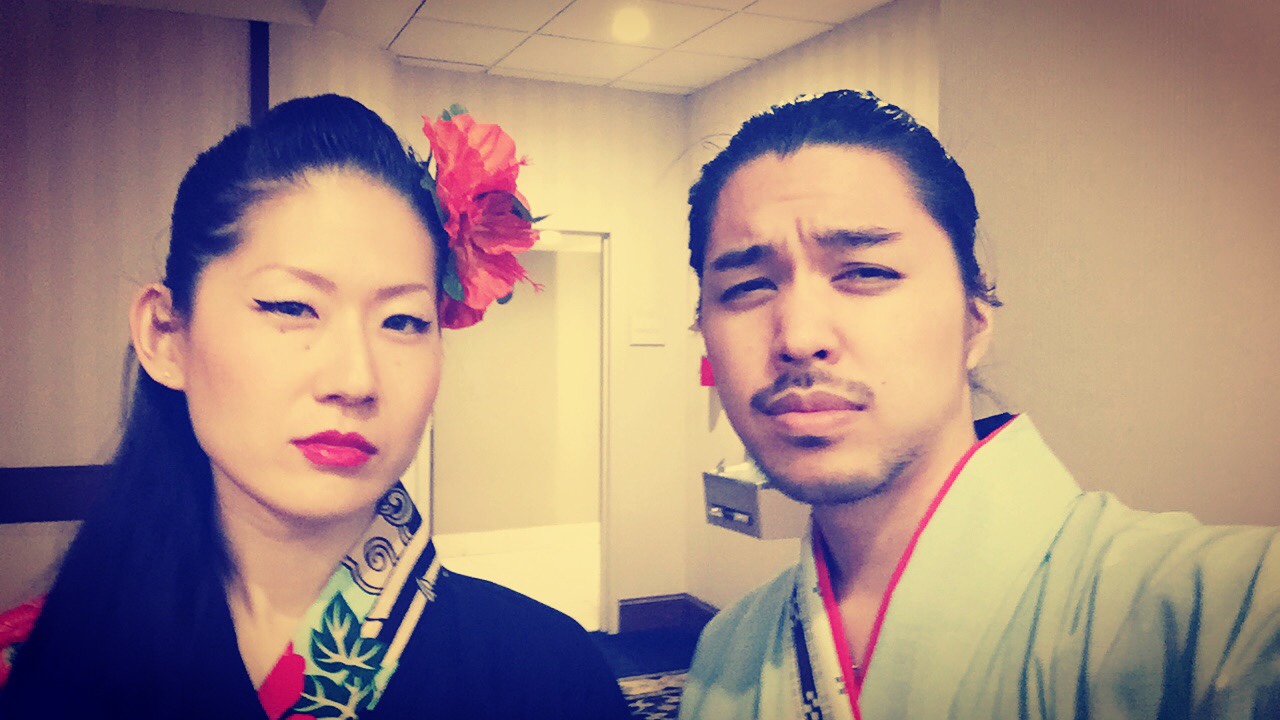 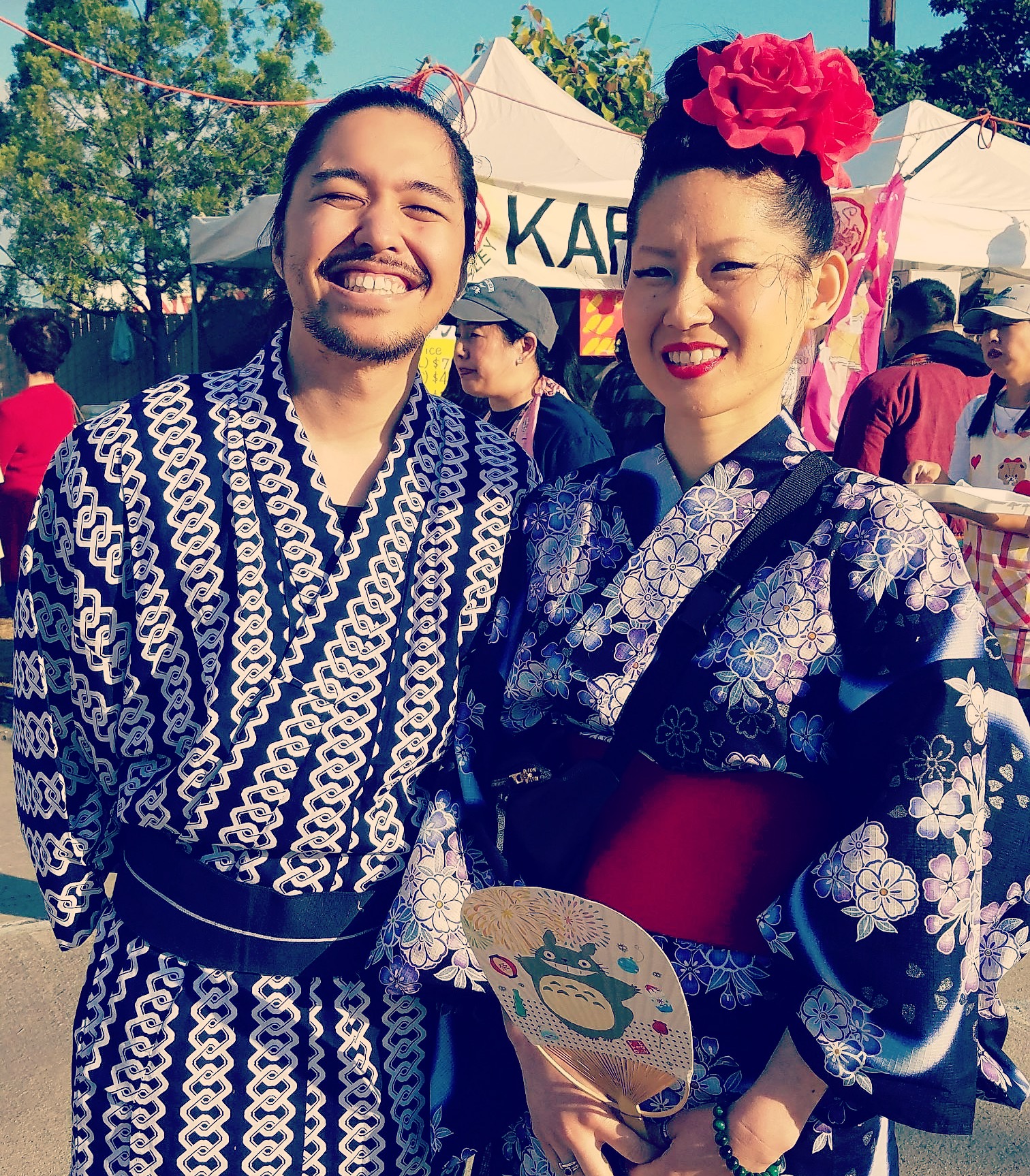