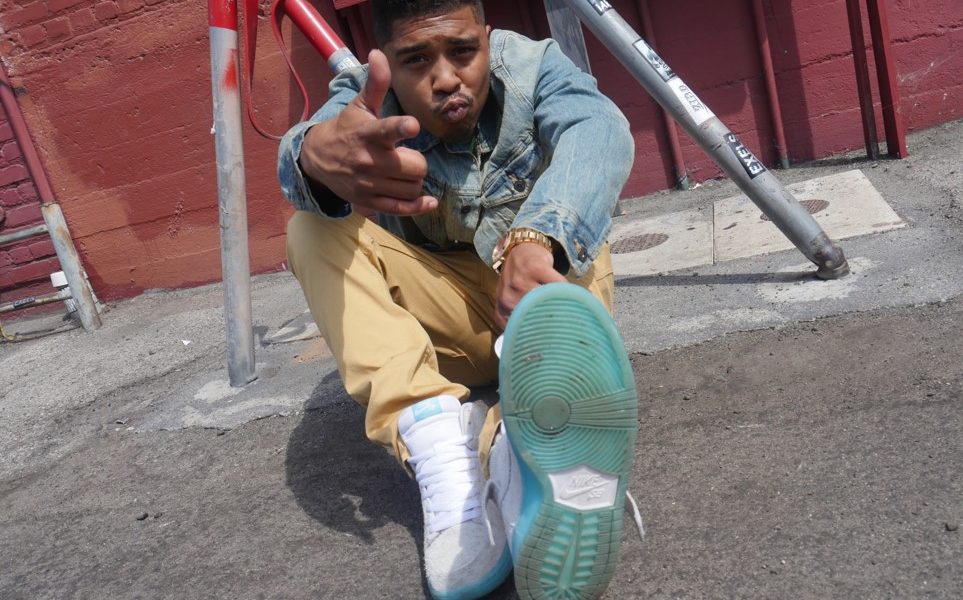 Today we’d like to introduce you to Young Retro.

Young, please share your story with us. How did you get to where you are today?
Born in Los Angeles, California, my passion for music started at the age of eight. I got my first shot in middle school when I was asked to perform at the assembly our school was having in front of the entire school. I was picked along with a chick. We ended up being the stars of the show. We performed Jennifer Lopez Ft. Fabulous- Get Right the Remix. She was Jlo and I was Fab. After that, I continued getting booked for assemblies as I slowly became a celebrity at my school. It got to the point I had girls come up to me and ask me for my autograph and a hug while were at lunch. Teachers would ask me about my next song instead of my next assignment.

Later, I dropped my first 5 track demo titled “2 fresh with it” with my hit single “2 fresh with it” that put me on the map I began performing at talent shows, community events, open mic’s, and much more. By the time I reached high school, I was a well known established rapper throughout my community. In 2006, I created my first rap called “3.1” which consist of two male singers and myself the male rapper which lasted for only until the summer of 2007. Then, I went on to later create another rap group called “One2Much” A.K.A. O2M was they went on to perform at larger venues.

In the year 2009, I left the group and went solo as an artist and decided to go to college to pursue my education in Business, Management. My city Los Angeles thought I was going to fall off and that was it for me after I moved. However, to me, it was just the beginning of a new journey. I went to college with hundreds of my mixtapes, and merchandise and begin to let my presence known by giving it out for free. Before I left I invested in a studio for myself so I could continue to make music while I was away. I quickly became known as the only rapper at my college by performing at college parties, local events and pretty much anything music-related in the community. There was a hip-hop store that sold clothes called “Ampt” that let me perform there all the time, leave my mixtapes, and play my music. They were true hip-hop heads that supported the culture.

I dropped five mixtapes and over 10 music videos while in college. I was now at the point where I’m doing shows on both sides of California the westside and the northern side. When I was on school break, I would go home and perform with my old group members One2Much. I was one of the first indie rappers to have a music video back then it was a big deal. if you had a music video you were a star. I made my biggest mixtape of my life in college which happened to be “The Last Hope” and got the opportunity to perform at Coast2Coast live in Hollywood, CA in 2014 where I got picked up by Multi-platinum producer Duane Darock wanted to work with me based off my performance he saw. I got introduced to the Producer who changed my music and sound “Hoodnoise”. My latest project out is titled “FBA” which stands for “Fuck Being Average” which gives listeners a different retro they never heard before. Be sure to check it out on all streaming platforms

Making music got me so far in my eyes, I was featured in over 30 publications such as WWS Magazine, Mr. Dreamz Magazine, True Magazine, XXL Magazine, Coast2Coast Magazine, The Hype Magazine, Makin’ it Magazine, Rap Weekly, The Underground Fix Magazine, Street-Motivation Magazine, and so much more. In 2014, I was involved with so many magazines that I would have never in a million years thought one would scam me out of my money. Long story short, I got scam out of $500 from a magazine company and that was the day I decided to start my own magazine called “Untouchable Magazine” that birthed in January 2015.

I originally started the company with a graphic designer in Pakistan that I met on Facebook. We had a rough start as I was finishing my senior year in college. The hardest thing was trying to get content for the magazine’s first issue. We worked so hard for such less content let alone money. It’s funny thinking back on it now. I can get that amount of content in a few hours. We dropped two issues and my graphic designer left because we weren’t making enough money. He wanted to be a billionaire overnight and it didn’t work so he left. It took me a year and some change may be to find a new graphic designer and get my magazine back going again. I went through a rough stage in 2015- 2016 developing my company. Since I don’t believe in giving up that was not a choice. I put my magazine back on the map with my 3rd issue around the time the Alton Sterling situation was occurring because we titled it “Stop the violence”. Christina Milian was the first celebrity to notice us and show us love.

After people have seen the graphics on my third issue, I started getting introduced to people in Hollywood. A media coordinator who had the plug on all the events in Hollywood seen my magazine on Facebook and invited me out to an event where Omar Gooding & Tiffany Pollard were the first celebrity interviews we did. From that, we have covered over 300 plus red carpets in Hollywood today and we have interviewed some of the biggest names in the game such as Big Sean, LisaRaye, Chanel West Coast, Eric Bellinger, Terry Crews, and much more.

So, making music is how I got here today. None of this would have birthed if it wasn’t for music.

Overall, has it been relatively smooth? If not, what were some of the struggles along the way?
Well, I have had tons of struggles. First off, I started out with a speech impediment. I had the worst stuttering problem in the world. It started when I was a kid. I could not hold a sentence without stuttering. It was so bad I didn’t like to have a talking section in my performances because I didn’t want to stutter in front of everyone and embarrass myself. I never understood why my speech problem was so horrible. I’ve just always assumed because I am mixed with Mexican. I continued to work on it throughout my life and took tons of communication classes while in college. The funniest thing through all of that is I never stuttered in when I made music and everyone would ask why. I still can’t answer that question lol. At times, I still may stutter here and there but nothing too big. Most people now won’t even know or knew I had a stuttering problem unless I tell them because I overcame it.

Please tell us about Untouchable Magazine – what should we know?
I got sick and tired of seeing myself and other artist cheated, lied to, and scammed out of their money. So, I decided to start a platform where I can provide the artist with the proper tools and resources to succeed in the industry. I’ve heard hundreds of different stories from all over on how people got scammed out of their money and I didn’t like them not one bit. Me being an artist myself I felt it was my job to protect myself along with other artists. So, I asked myself who can I trust? I could think of nobody other than myself. I created Untouchable Magazine. It’s self- explanatory its a magazine. We specialize in magazines, graphics design, photography, cinematography, artist development, artist management, and pretty much anything industry related.

We are known for our quality in our graphics in which attracts so many celebrities. We are known for our red carpet presence in Hollywood, we got known from a video we upload on Youtube of Chanel West Coast that received over one million views and counting. I shot so many videos and I never would have imaged that one to reach over one million views.

What we are most proud of as a company is being able to make a difference in people’s lives. I dealt with a client who shed tears of joy from seeing himself featured in my magazine. The fact that I can have that kind of impact on people is beyond a blessing.

What sets Untouchable Magazine apart from others our presence we have in Hollywood on the red carpets and at events.

Any shoutouts? Who else deserves credit in this story – who has played a meaningful role?
There is one big shift that is going to happen in the next 5-10 years with magazines and I am going to be the first person to discover it. I’ve already got the idea I just got to bring it to life and take it to the next level. 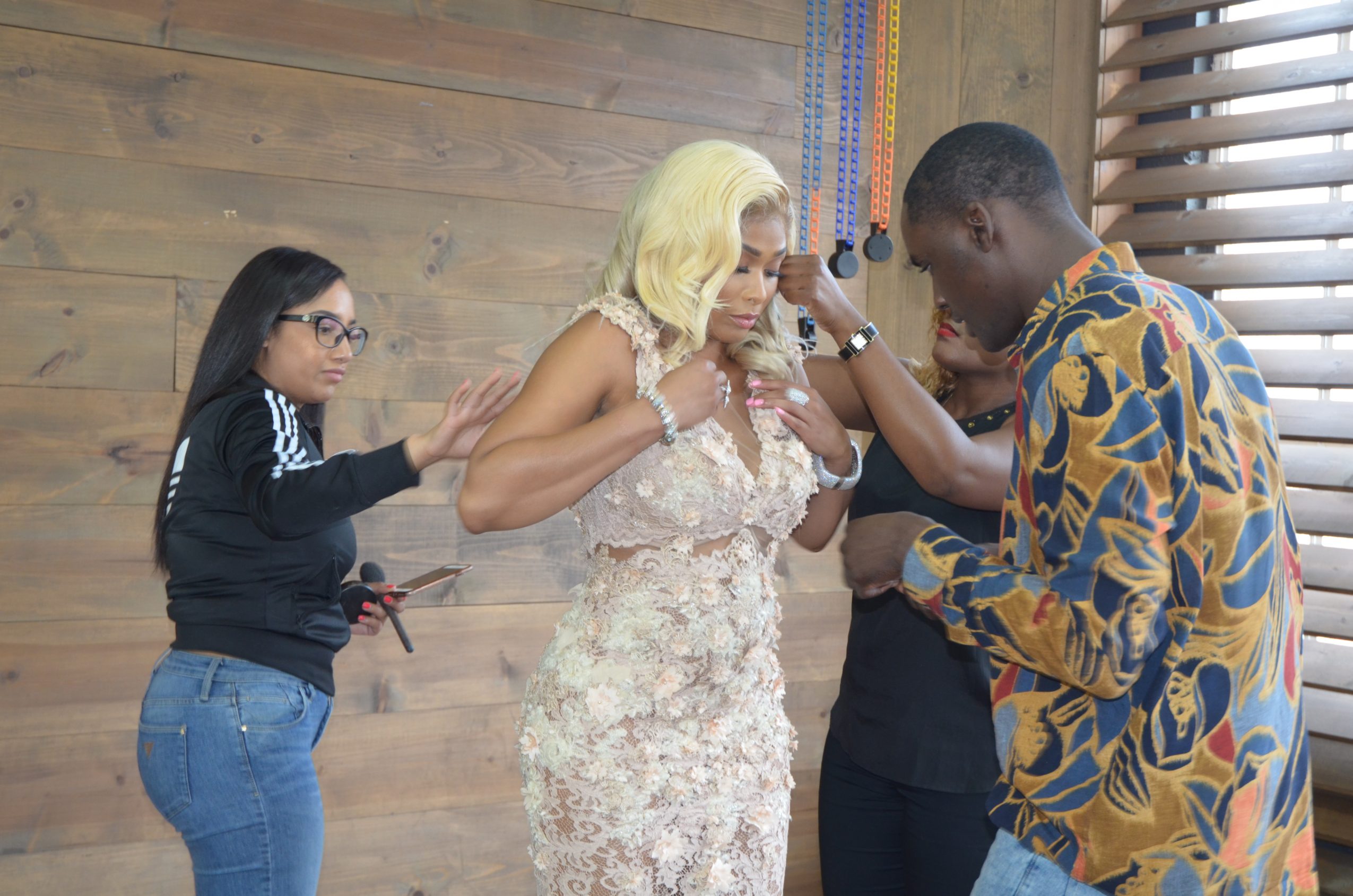 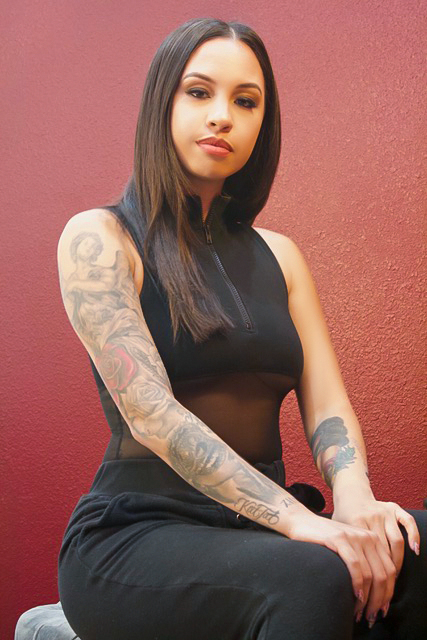 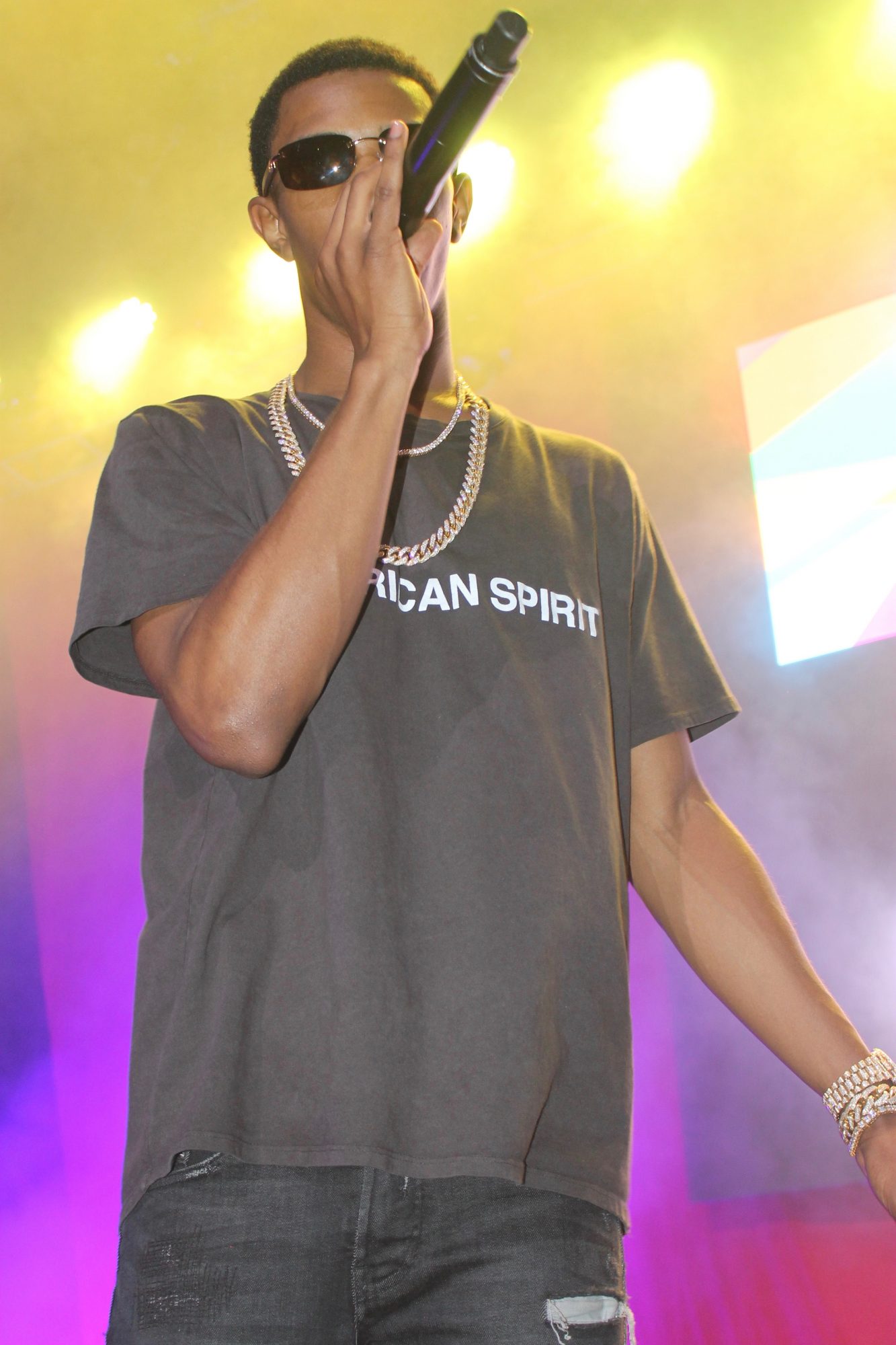 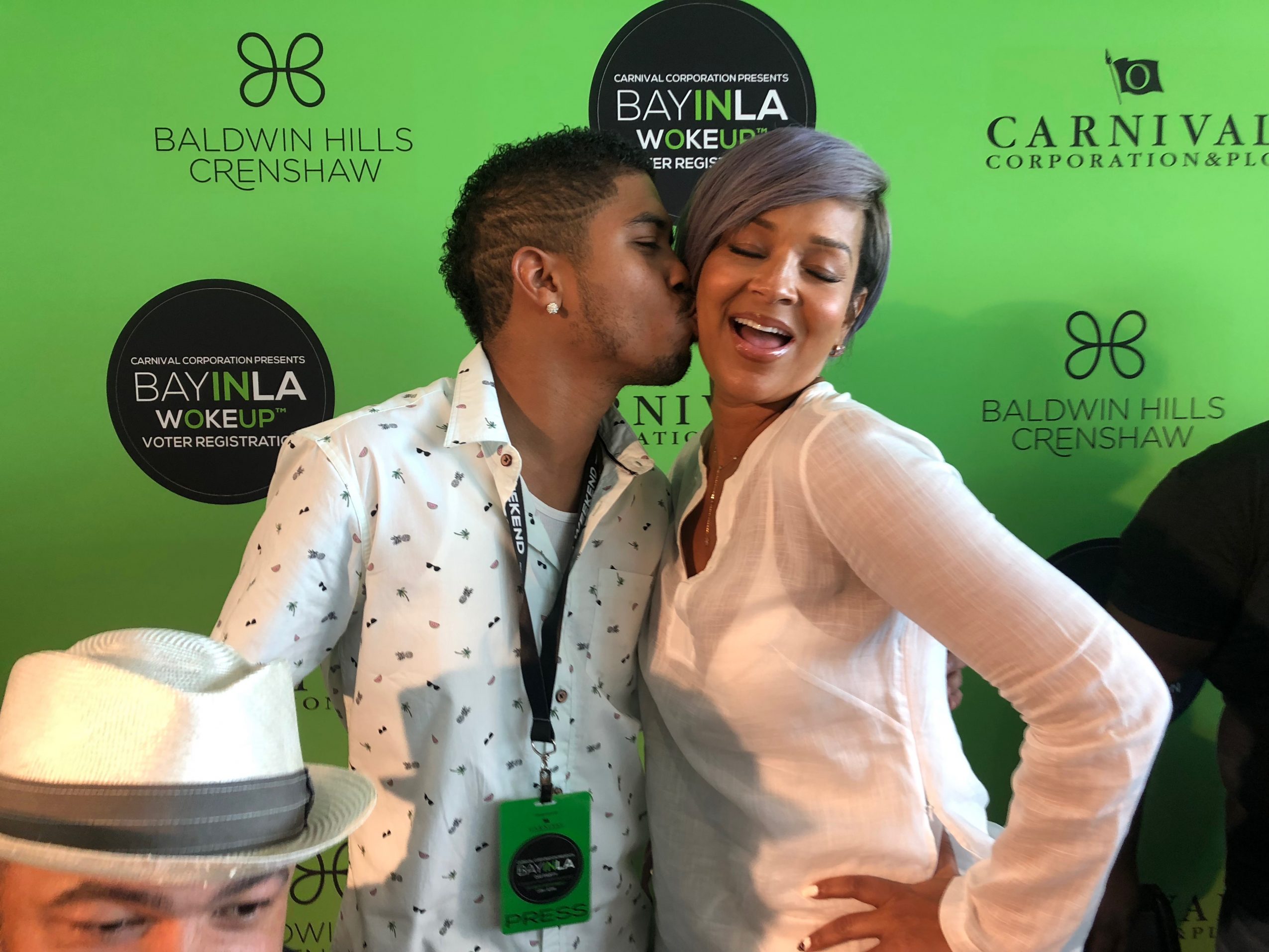 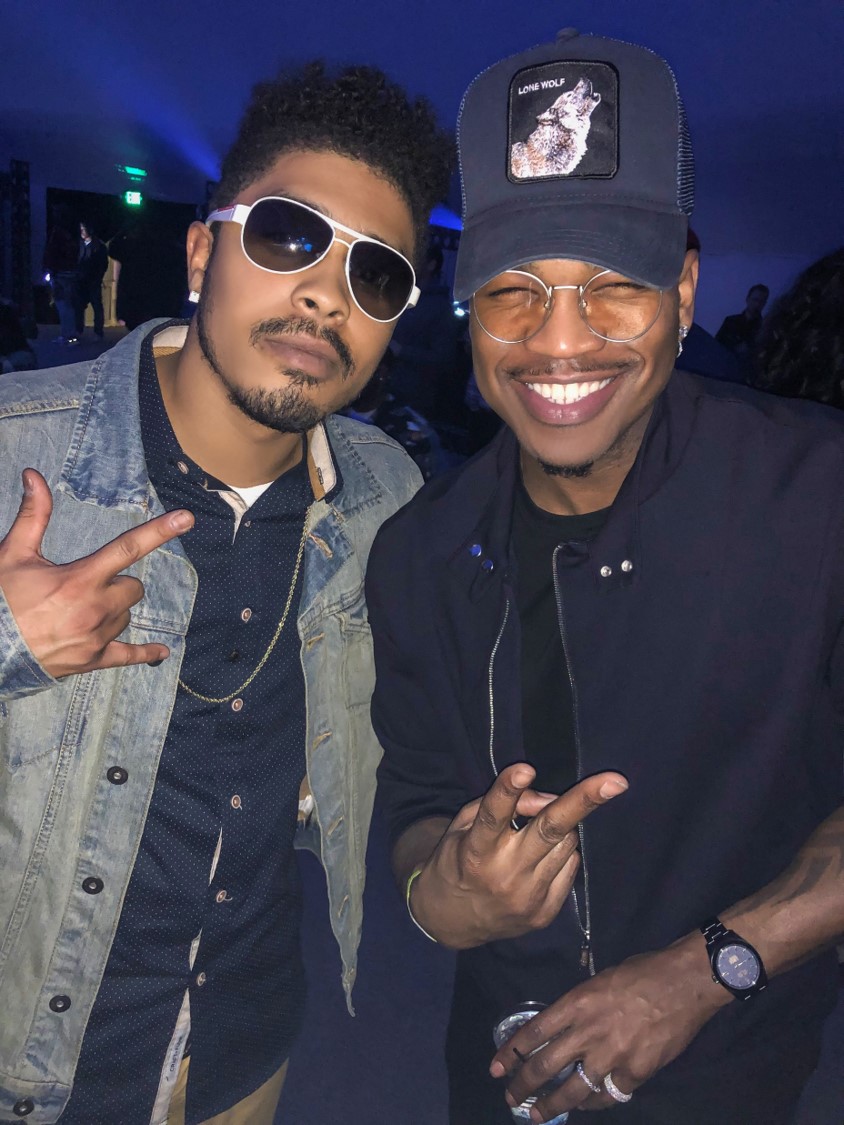 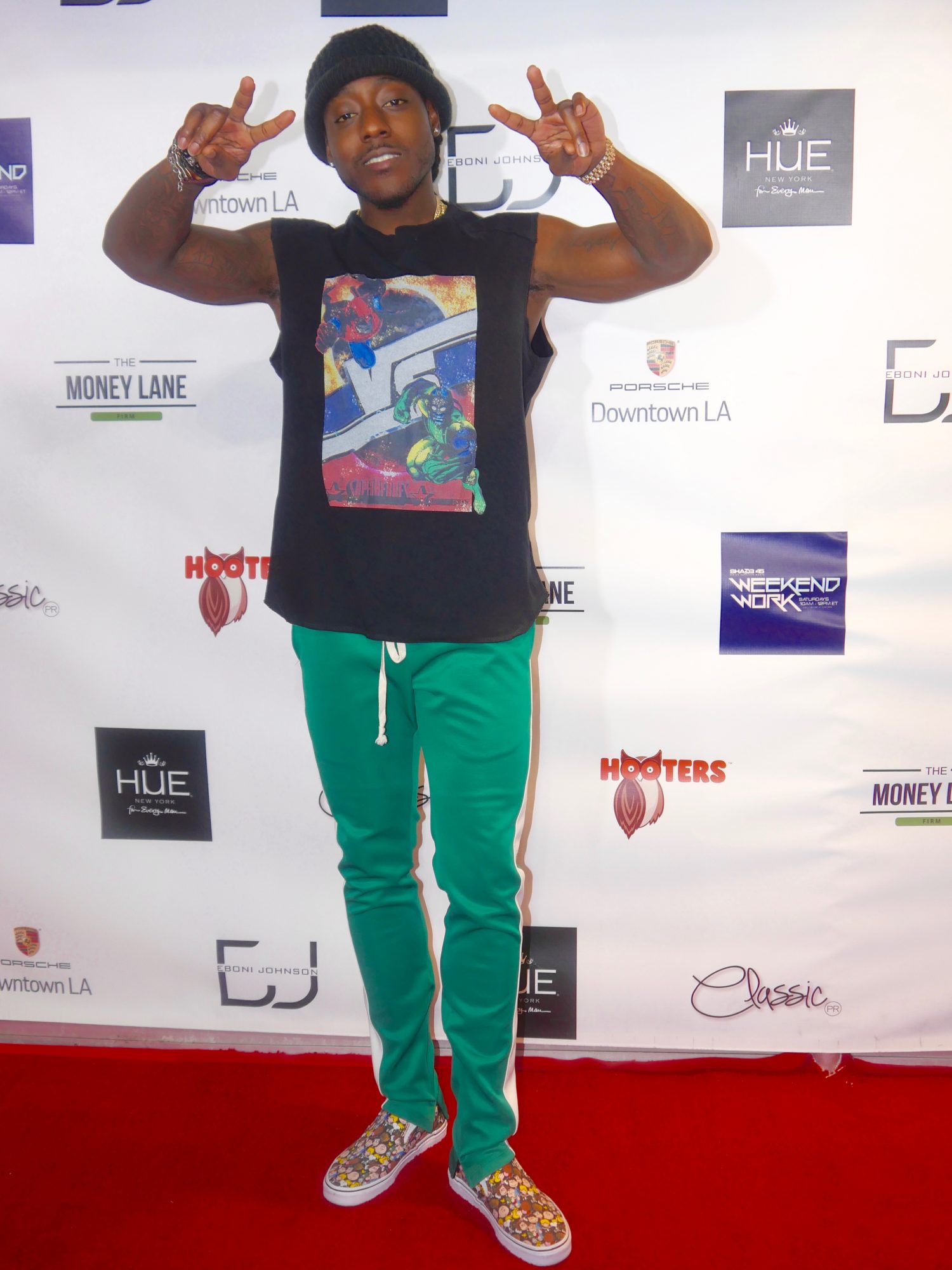 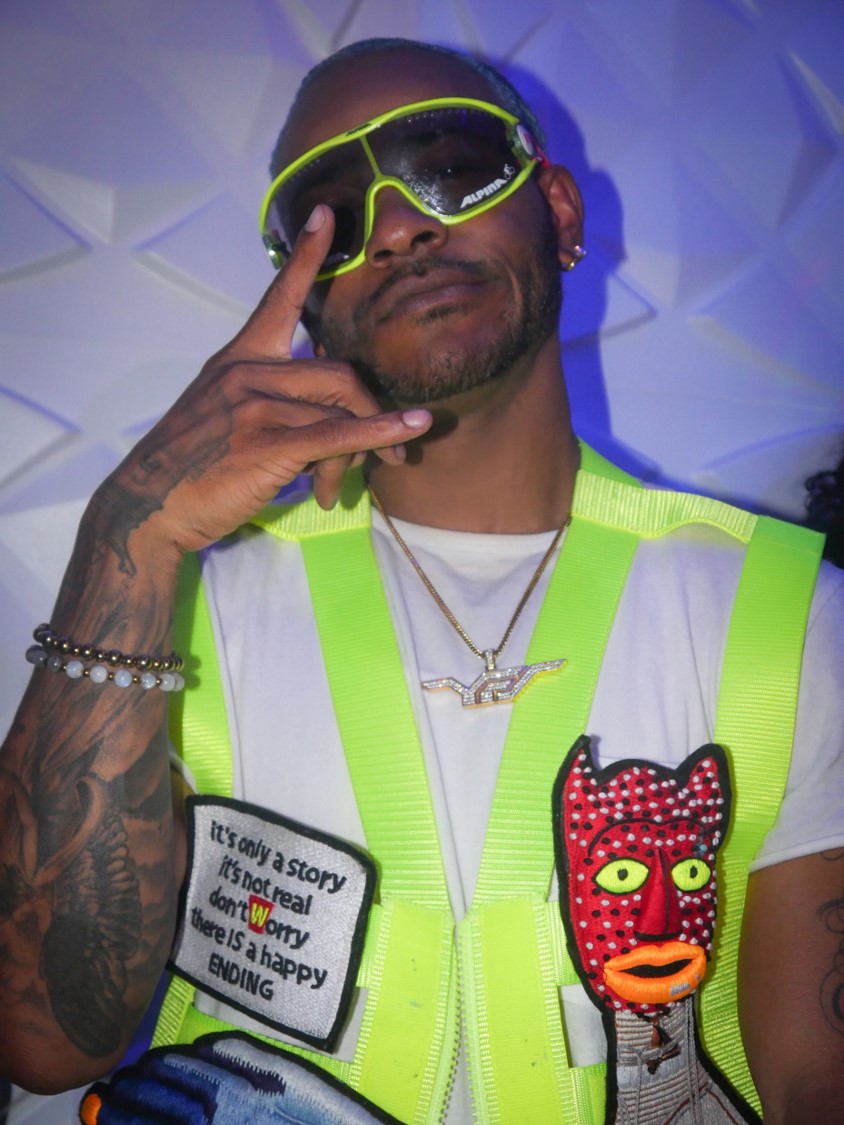 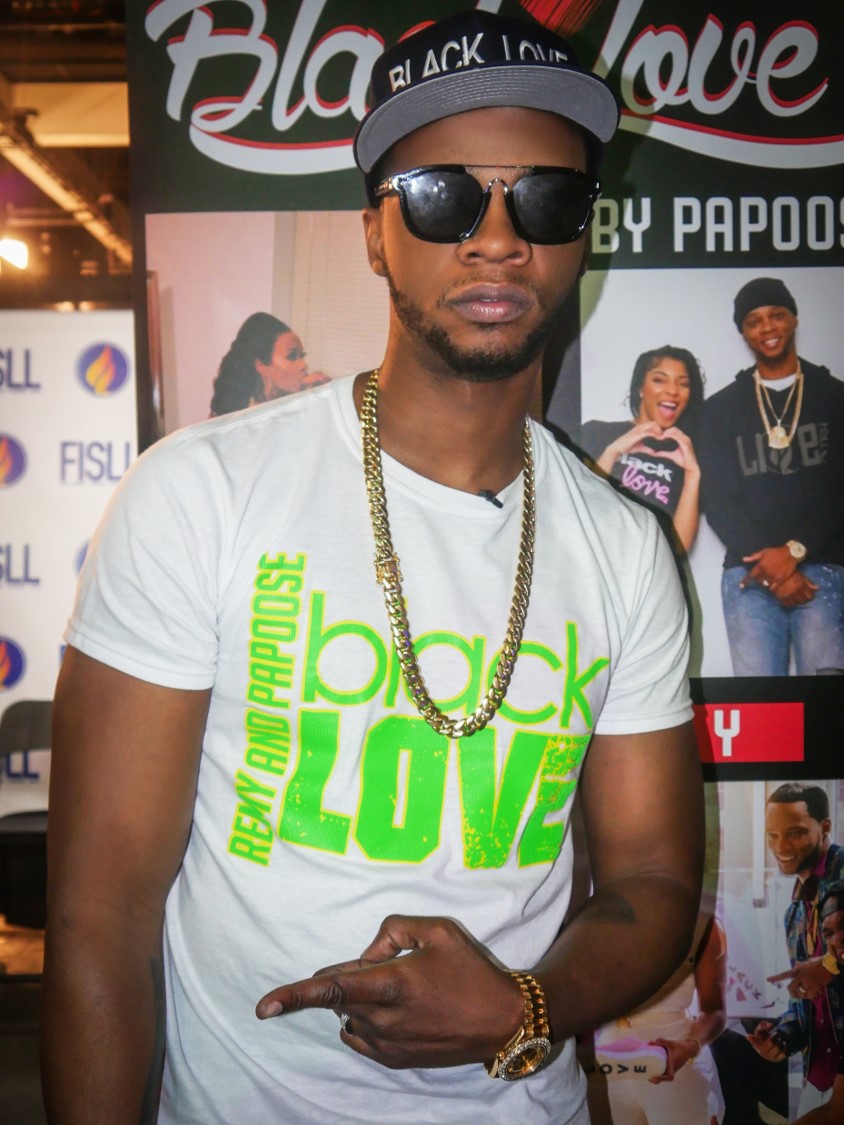