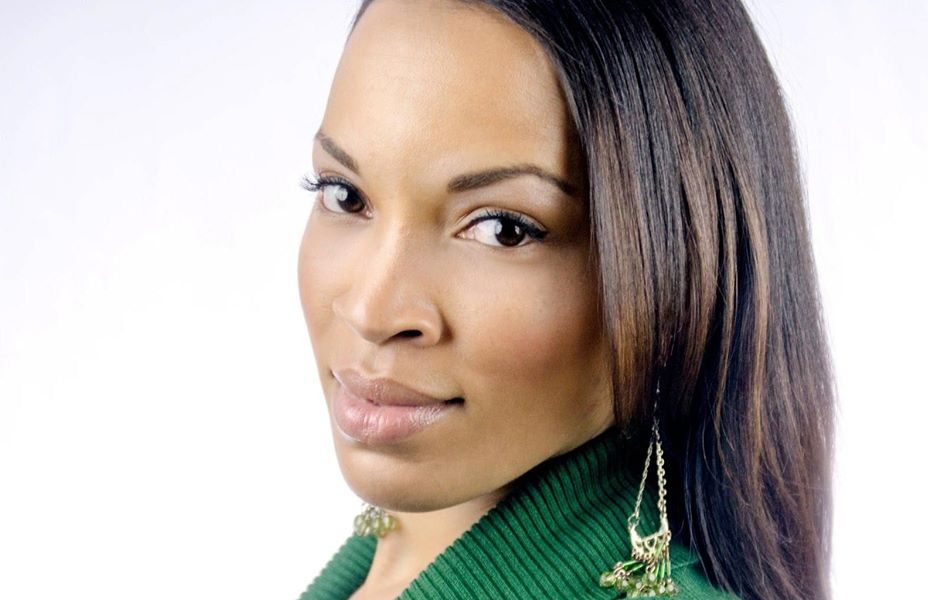 Today we’d like to introduce you to Marisa DeVonish.

Marisa, before we jump into specific questions, why don’t you give us some details about you and your story.
Born and raised in Brooklyn, New York, I had the acting buzz in High School and was enrolled in my school performing arts program. However, after I had my son Jordan, my father stressed how important it was to have a back-up plan. So I finished school, later graduating College with an Associates in Early Childhood Education and a Bachelor’s in Psychology. While I contemplated my next move, I taught 7th and 8th Special Ed for two years and enjoyed it, enjoyed it as much as one could their “back-up” plan that is.

Getting my feet wet, I started out modeling, doing fashion shows and the occasion music video. My first real break came from a random phone call from a casting director who needed models for a comedy variety show. She said it involved semi-nudity but would be great exposure. She didn’t lie as it was for Season Two of Chappelle’s Show. This True Hollywood story narrated by Rick James featured Dave Chappelle, Charlie Murphy and Donnell Rawlings. I had no idea how big my appearance in that episode would be but was excited to be a part of what is now considered comedic history.

Riding the Chappelle Show wave, I decided it was “my” time so packed up with a dollar and a dream….. Wait. I had the dream but I was broker than broke. Following the lead of an upcoming- more than likely “wanna-be, producer” friend of mine, I risked it all and flew out to LA. What was supposed to be a 3-4 day trip to feel things out turned into a three-week scramble until my “friend” disappeared and left me there. I did the sofa hopping, backseat of a strangers car camp-out like many people did when they first moved out here. I had no friends, no job, no place to stay and sadly no one to really trust As traumatizing as that all sounds, I still knew I had to stay. It was my time remember? I made it work though as any true New Yorker would.

Within a week, I found a hostessing job at a West Hollywood hot spot called Miyagi’s on Sunset. Growing up in NYC, I was no stranger to public transportation so it was a no brainer for me to sell my beloved motorcycle, in order to secure a roof over my head which was priority. By the grace of God, I met heaven-sent Casting Director Pablo Cornejo. He not only rented me a bedroom in his house in Korea-town but he also hired me to work his casting sessions as the sign-in receptionist. Here, I learned about online casting submissions and was on my way.

However audition after audition, I began to notice that talent wasn’t always the leading decision-maker in bookings. It was often; who you know, who you worked with in the past and not surprisingly- who you’re doing. I remember reading a script prior to an audition and telling a friend how much it sucked. They suggested I start writing because I am funny and a great storyteller. I didn’t have money for professional screenwriting classes but figured I’d give it a try anyway.

Their feedback on that simple short story gave me the confidence to write; write sketches, write shorts, write treatments for music videos. I’d keep a notebook by my bed to jot down all the outrageous stories I’d dream at night. Working in the service industry gave me tons of ideas as well so content was not a problem. That’s where it all started. I don’t remember that friend’s name but tremendously appreciate the push. Because of them, I now think outside the box in regards to anything and everything I do.

Overall, has it been relatively smooth? If not, what were some of the struggles along the way?
Anyone that knows the entertainment world knows that these particular roads have rest stops, detours, potholes and dead ends. So my personal journey has not been smooth but it’s always been on an incline. I say my biggest challenge when I first moved to California was finding people who honor their word. Being from New York, we have a natural ability to sift through the bullshitters and with Hollywood being full of posers and scam artists, it is quite the struggle but does come with the territory.

I have to say my biggest disappointment came in 2014 after filming a movie I wrote and starred in with five, at the time, “friends”. Two of the co-producers didn’t hold up their end of the bargain so the remaining partners moved forward without them. Upon release, we had every intent to pay them accordingly but greed took over and they had the project pulled for streaming sources. It was a low budget indie with a ton of known and upcoming talent and could’ve put us on the map, perhaps only visible with a magnifying glass but still evident.

This taught me a huge lesson. Background check like a mutha fucker. If someone says they can do something, verify it with referrals and credits, ALWAYS. Don’t take anyone’s word, even if they claim to be your friend. The “Crabs in the Barrel” thing is real and I’ve since re-evaluated my friendships and business relationships. A person’s track record means everything to me and I refuse to think otherwise.

Yellow Dragon Productions – what should we know? What do you guys do best? What sets you apart from the competition?
Being a huge Bruce Lee, I created Yellow Dragon Productions with the idea to be fluid like water – fluid in my creativity. Since water can fit into any container, I wanted to transcend that my mind can do the same. I was advised to pick one focus in Hollywood and stick to that. Seriously? You can NOT tell an Aries, a New Yorker, a constant Daydreamer to think inside just “one” box. It’s impossible.

As CEO of YDP, I am a full-service entertainment company and a resourceful “go-to” for my colleagues and business associates. Whatever your needs are from pre-production to post, I have a knack for connecting people, even if I am not directly attached to the project. I have no problem connecting the dots even if I am not on the page. I want to see people win. I want to help people create with or without me. I want to watch people shine. That’s rare in Hollywood. I strive to change that.

Too often, people want something in return for their help, their connects, their plugs. I am genuine and wholeheartedly rewarded by knowing that a quick phone call or an introduction of one peer to another evolved into something out of this world. I don’t need the credit. I don’t need any monetary compensation.

I am most proud of my work ethic. I am knowledgeable, dependable and punctual. If you hire me to do a job, I give it my all. If you give me a deadline, I can guarantee you that you’ll have it beforehand. Time is money and I don’t want to waste either of mine nor anyone else’s. Additionally, I take great pride in the proficiency of my writing skills. I am excellent with dialogue and have been told by several of my peers, that as difficult as it is to make scripts flow naturally on paper, I do it effortlessly.

What’s next for Yellow Dragon Productions? As a screenwriter and actress, I am mostly known for comedy but in 2020, I intend to switch it up a bit. Now that I’ve completed season one of “Stingers”, a web series I created, directed and starred in, I am in pre-production of “Valley of Zombies”, a comedy (Zombie/Comedy) that I will be directing in North Hollywood, CA. I plan to follow that up with a Psycho-thriller, tentatively titled “Catch 22” and a heartwarming Christmas movie that requires a box or two of tissues. I am most certainly making the most of my time in quarantine. Several times a week, I film funny videos for my Youtube channel with my 4 year old son Hendrix. Some are rather informative but most are humorous, my attempt at staying sane while spreading joy and laughter through the internet. I also started the script to a romantic comedy, loosely titled “Hold my beer” about two rivals going to war to impress the love of “their” lives.” That’s gonna be a fun one! Stay tuned…..

What is “success” or “successful” for you?
Success to me is when I am able to share all the joy and laughter in my heart with the world. Laughter gives me life and through that I find purpose. I’ll know that I have a successful career in entertainment when success is an attitude, a state of mine, an entire mood. While some may measure success in wealth and fame, I measure success by my perseverance. I’ve been in Los Angeles for 15 years now.

I’ve never given up to return to New York. That’s success as a dreamer. I left my oldest son with his father to pursue my dream. It was rough. I thought he resented me but he understood why I did it and our relationship is golden now. That’s success as a mother. I don’t live in a fancy neighborhood nor have an expensive car but all my bills are paid and my kids fed/clothed. That’s success as a provider. I have a wonderful and diverse tribe of friends, family, co-workers and associates, ones I can depend on and those who can depend on me. That’s success as a humane being. A quote from the great and wise Shuri of Wakanda, “Just because something works, doesn’t mean it can’t be improved.” I’m always learning, listening, challenging myself, evolving as an artist. How can I really make them go “Wow, she’s good”? That’s success as an innovator.

It’s a steady process and as long as I continue to have successful days along the way, I will continue to write my “success story”. 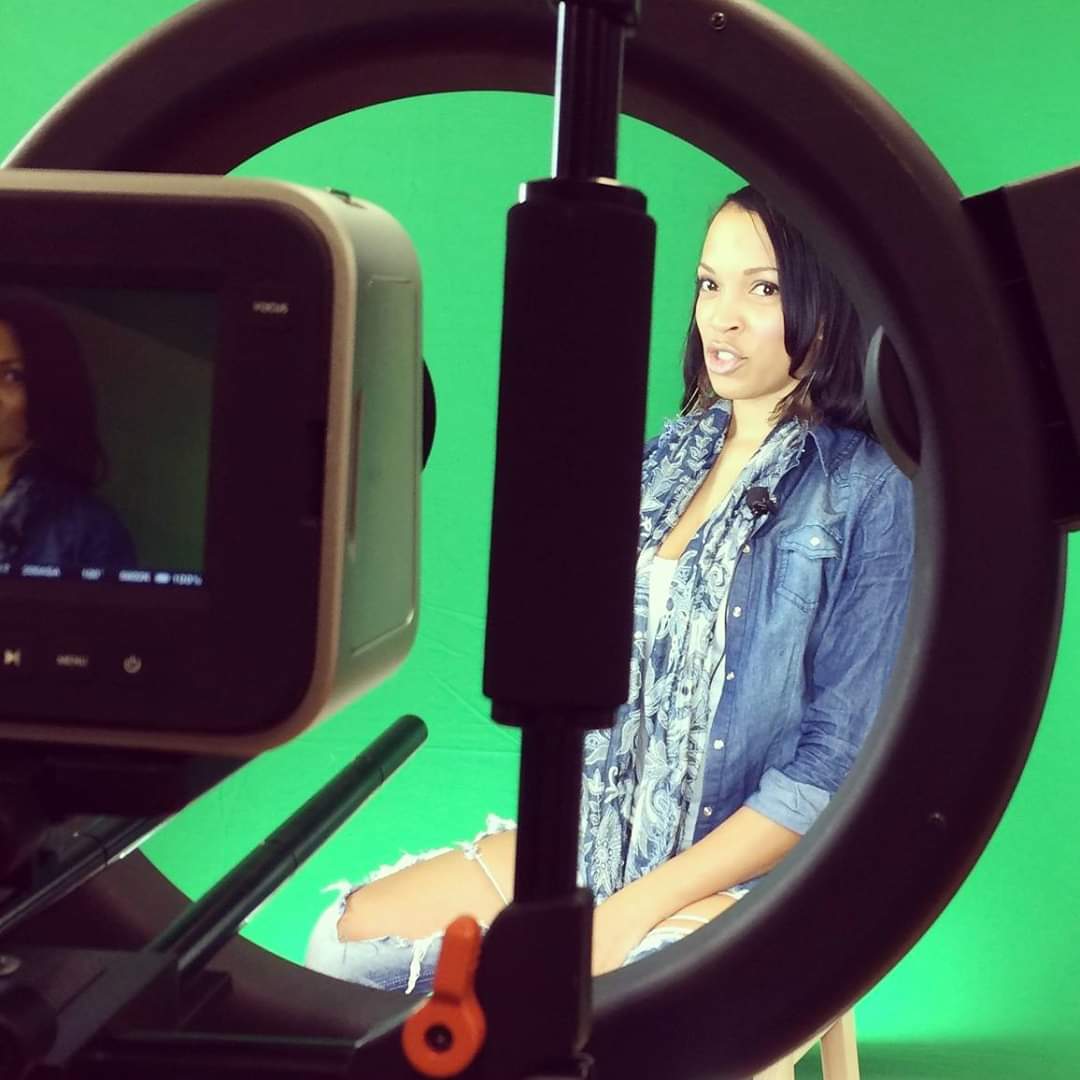 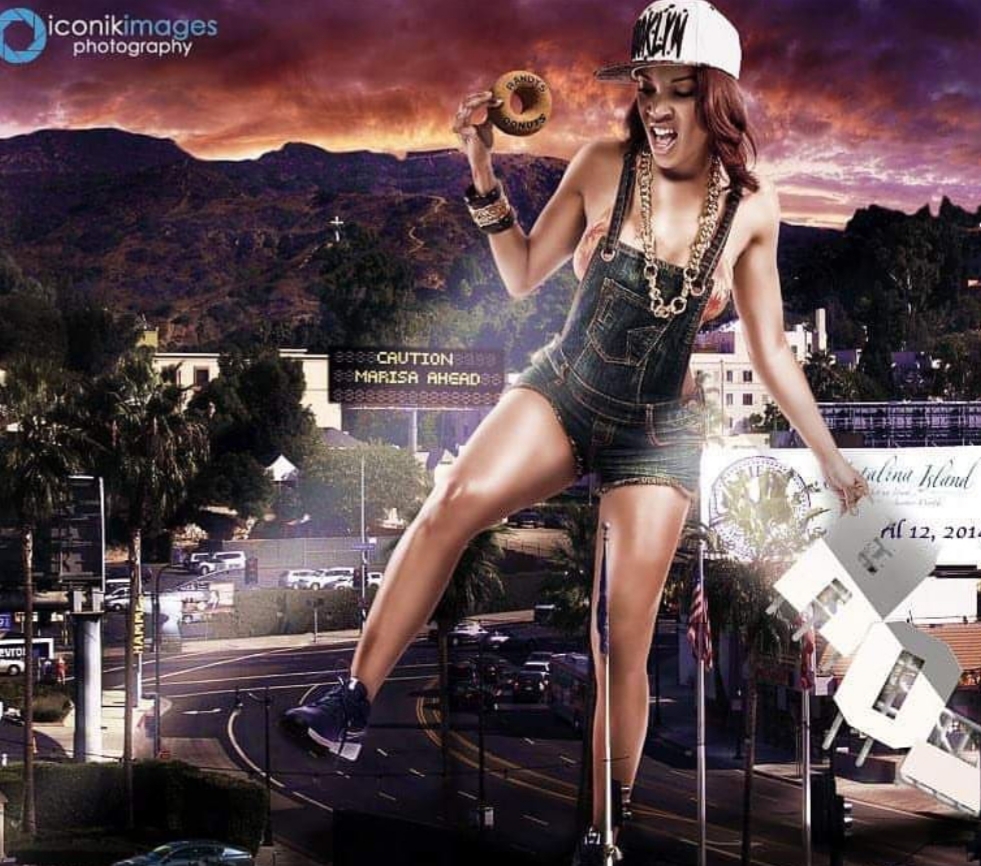 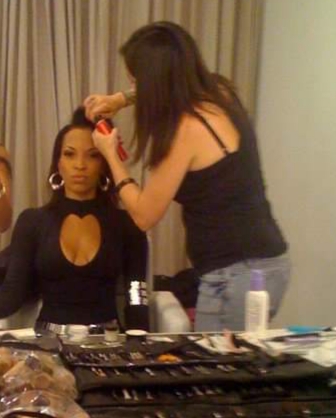 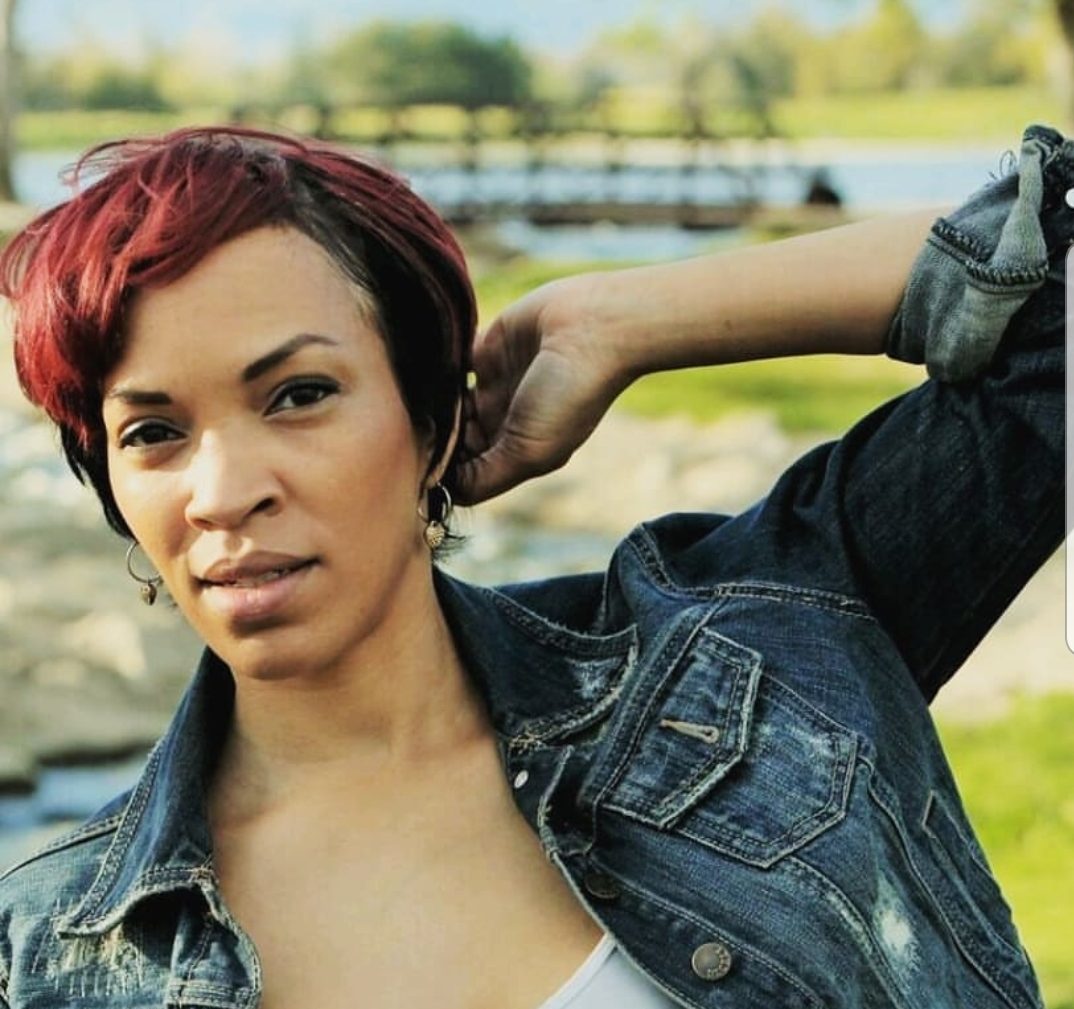 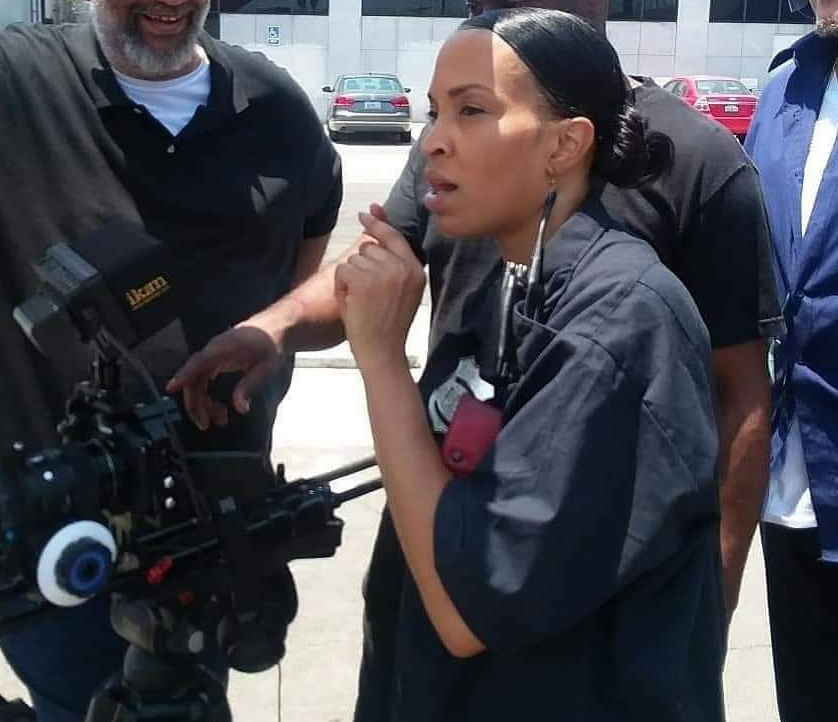 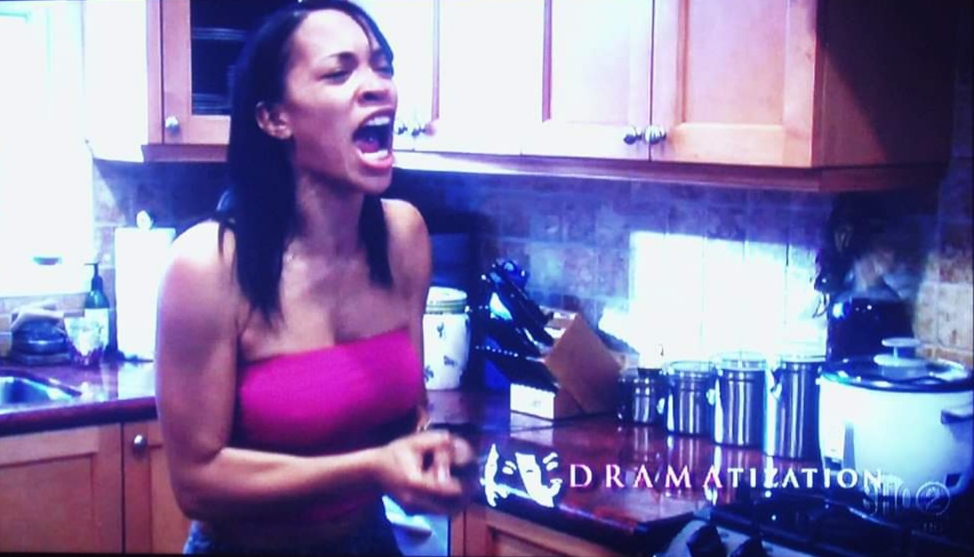 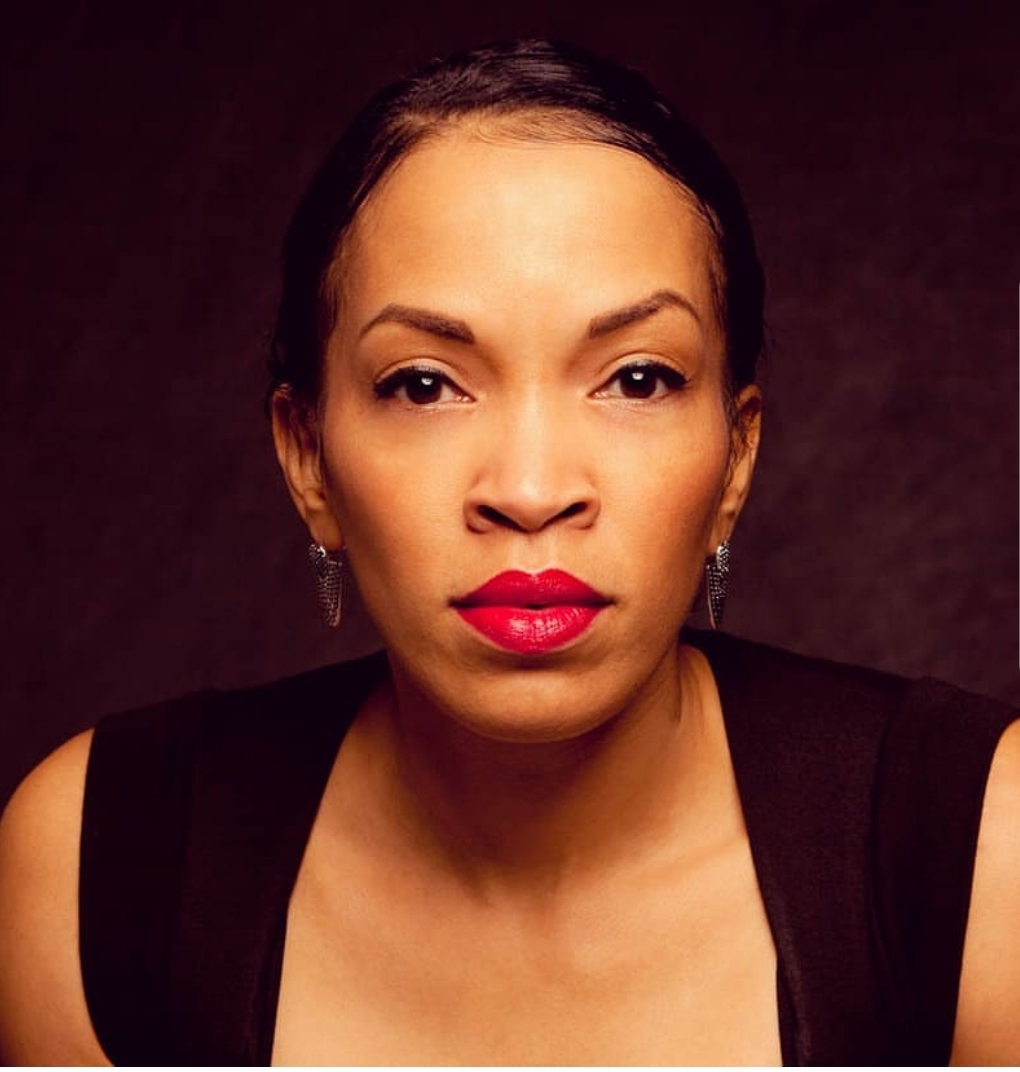