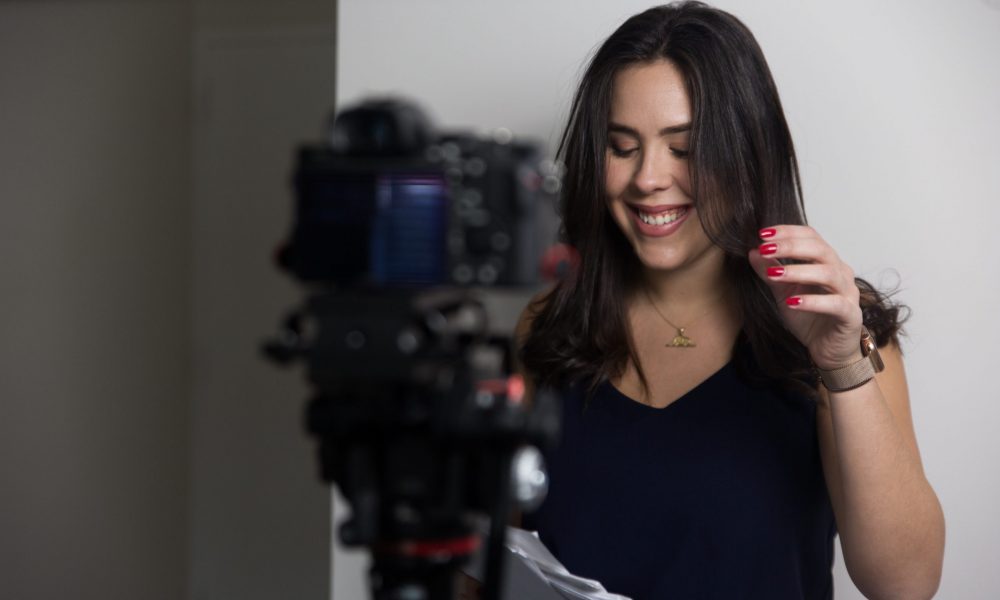 Today we’d like to introduce you to Ximena Macarena.

So, before we jump into specific questions, why don’t you give us some details about you and your story.
I was born in Lima, Perú. Since I was little, I always wanted to become an actress. When I was five years old, I started creating my own plays and shows. I performed them to my family, friends, teachers and also to my ten dogs. I didn’t care that much who my audience was whereas I was acting and entertaining someone, I was happy. So of course, when I grew up and finished High School my idea was to study acting but my Dad, old school and conservative mind, wanted me to study a “professional career”, so I studied Business Administration and Marketing. (At that moment I was frustrated but now I feel that I wouldn’t face Hollywood and the Entertainment Industry with the same knowledge and confidence that my career gave me, parents always know what its right for their kids).

On the other hand, my mother always supported my dream because when she was young she wanted to become an actress but my grandfather didn’t let her take that path and shes always been my ally. In the middle of my career, I told my father I needed to go to LA for three months to learn English, he accepted and I didn’t tell him at first that I traveled to LA for an Acting for film class in NYFA. After that when I returned back to Lima, I knew that acting wasn’t a hobby for me, it was what I wanted to do for life. So, I explained that to my Dad and both, him and my mother, support the idea that after I graduated, I can move to LA to pursue acting. Three years later, I graduated from University of Lima, leave a “comfort zone” life and moved alone to LA. I start taking classes at UCLA. Where I graduated with honors. I made my internship in The Groundlings Theatre and also took classes there. After training and studying, I haven’t stop building my career and working hard to accomplish all my dreams.

Great, so let’s dig a little deeper into the story – has it been an easy path overall and if not, what were the challenges you’ve had to overcome?
Definitely no. Leaving your family and sacrificing everything you have for making your dreams come true is a big and difficult decision. And like every big decision, it comes with many obstacles. Starting with my Dad and his old school idea that acting wasn’t a career. I had to study Business Management and to be honest those five years were great although studying finance, accounting and economics were a nightmare for me, I learned a lot of things and now I’m grateful that my Dad leads me to study Business which is a good basis for everything. Also, I used to work for two years in one of the biggest telecommunication companies and risking a good job position for fulfill your dream was an idea that let many of my friends tell me “If I was crazy”. Now I can say that yes, I was because crazy are those who dream dreams and are ready to pay the price to make them come true.

Then, convincing my Dad that acting was more than my hobby was difficult. The good part of it was that my mom was by my side so after showing him how passionate I was and how much it means, he supported my dream. Now he is the first one that shares all my projects on his social media. Moreover, coming from a conservative family and telling them that I’m going to leave Lima at 23 years to move alone to LA was for them a crazy idea and specially because I’m an only child from my mom side and from my father side I’m the youngest for 17 years, so call it a sort of empty-nest syndrome. After coming to LA, the struggles continue. It’s always difficult to adapt yourself to a new culture, new people and specially to face the big monster of the Hollywood Industry. However, I´m confident that I have prepared myself to face it and for everything that will come.

We’d love to hear more about your work and what you are currently focused on. What else should we know?
I’m an actress. I moved to LA in the begging of 2017 and since then I’ve been working hard to make my dreams come true. I studied at UCLA and graduated with honors. Then, I did my internship in The Groundlings Theatre and also, took improv classes there. I’ve been acting in some videoclips like “If Bollywood Songs were Rap” with the YouTuber Lily Singh and others ones for the singers Desi Valentine, Daivo and Graciela Ortiz. Also, I’ve recorded several short films like “Mission Anomaly” and I’ve been part in the Amazon Video crime series “Extreme Measures”. One of the projects I enjoy the most was doing the voice over for “Spicy Hot Colors” a book for kids that was part of a volunteer project for Mattel Children Hospital. I love this one because I think that there´s nothing that adds more value to what you do than putting your talent at the service of the people that need it most. Bringing joy to others is one of my favorites parts as an actress and it´s what drives me to choose projects that make a change in the world.

Currently, I’m part of the cast of actors in the tv series “Life in Heels”, biopic that addresses the life of the famous Mexican businesswoman Adriana Gallardo. This project will be released in a very well-known streaming site in 2020. On the other hand, as an actress I´m never on vacations, I´m always going to auditions and taking risks to make my goal come true.

Any shoutouts? Who else deserves credit in this story – who has played a meaningful role?
Always at first place, God. He gives me the talent and the ability to dream big. All my successes are part of His Glory. Then, to my parents, all the effort and sacrifice they’ve done, are the result of how things are going well for me right now. Also, to my boyfriend who have been part of this journey motivating me and although he doesn’t like to, he always helps me to read lines and take video castings. My family and friends in Peru also deserve the credit of my work, because of their unconditional support despite the distance. As well as, my friends in LA who I can call them my family. All this sounds like the acceptance speech I’m going to say one day that the Oscars hahaha but really, I’m completely blessed for all the people that surrounds me and believes in me and that they are my daily motivation to making my dream come true. 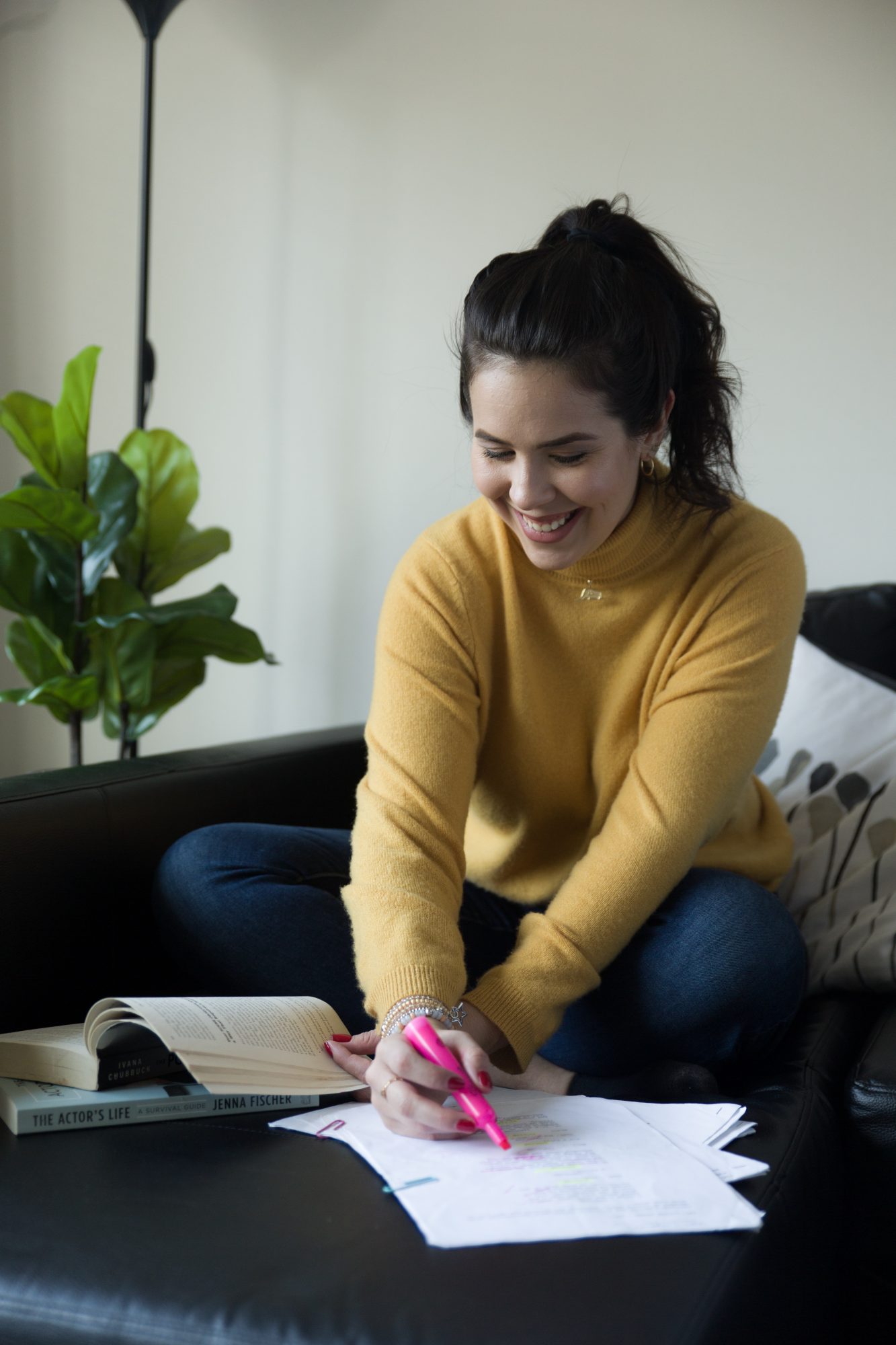 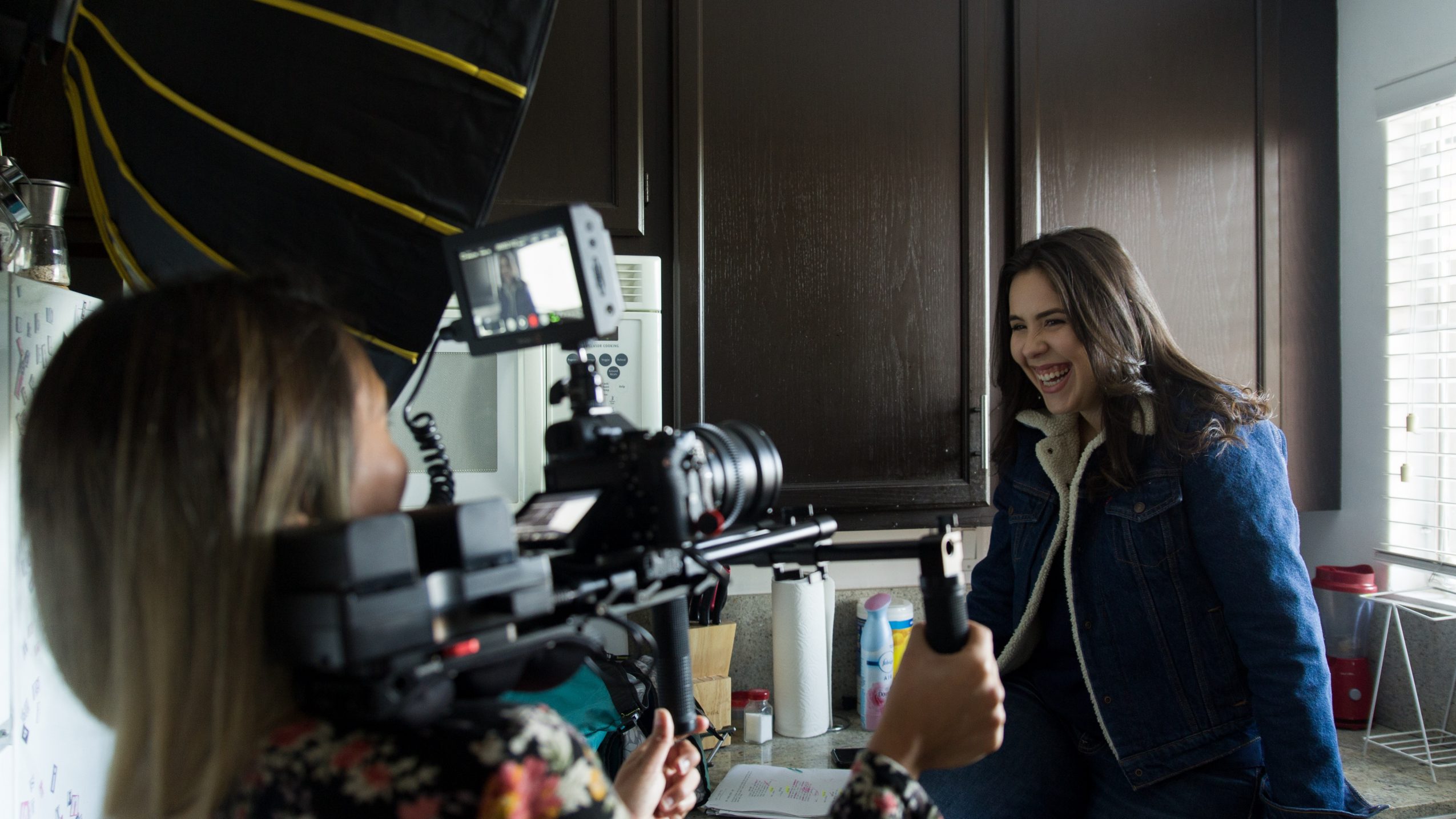 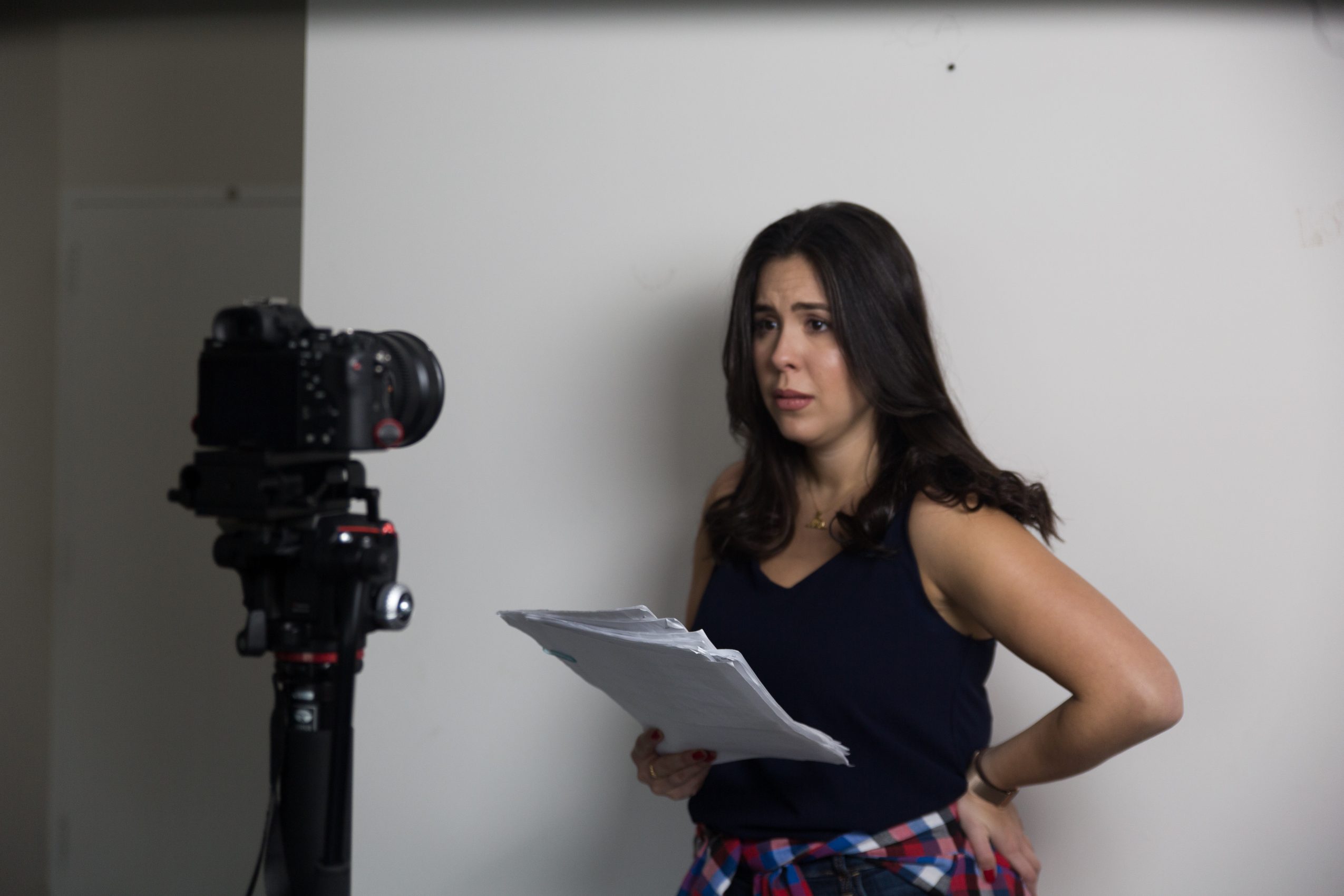 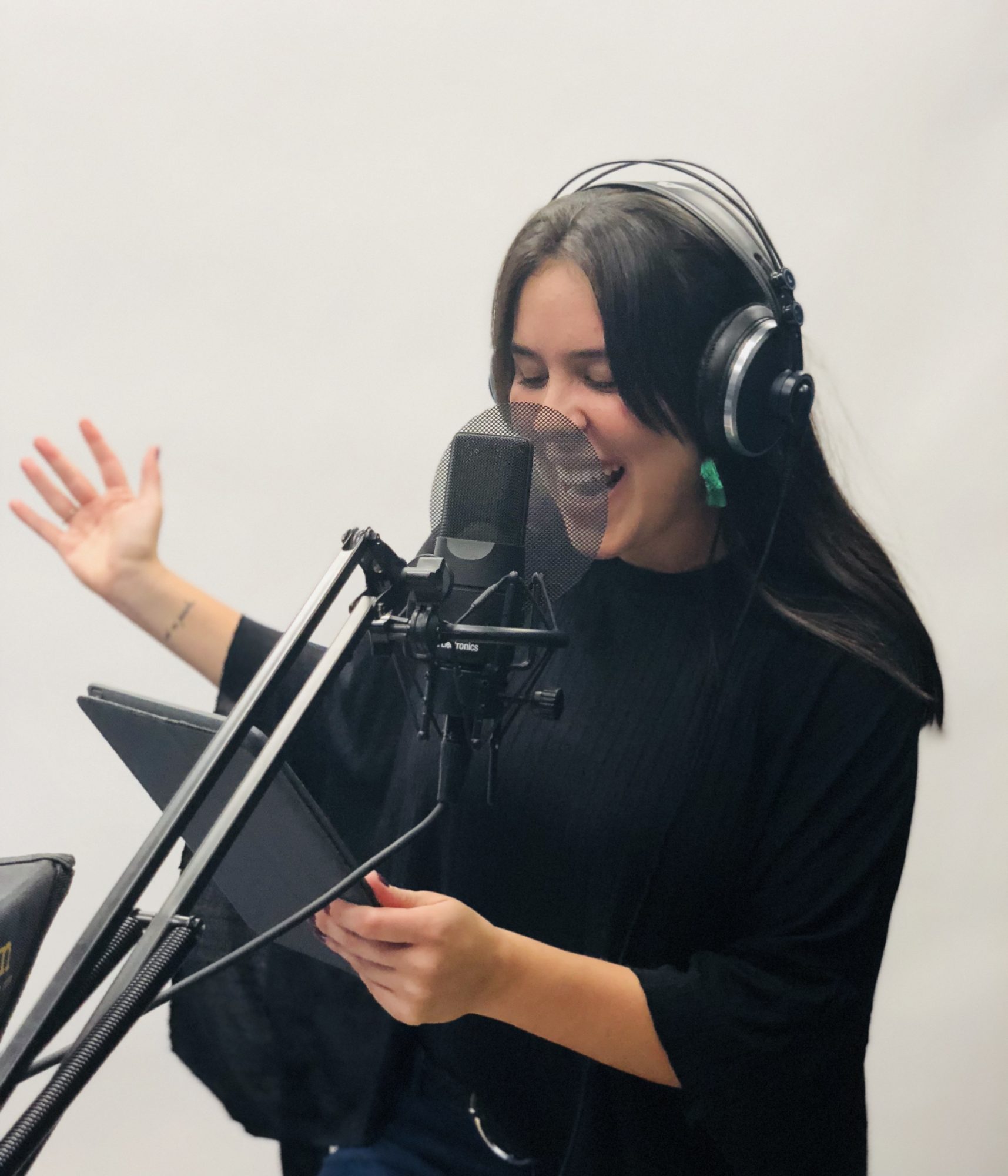 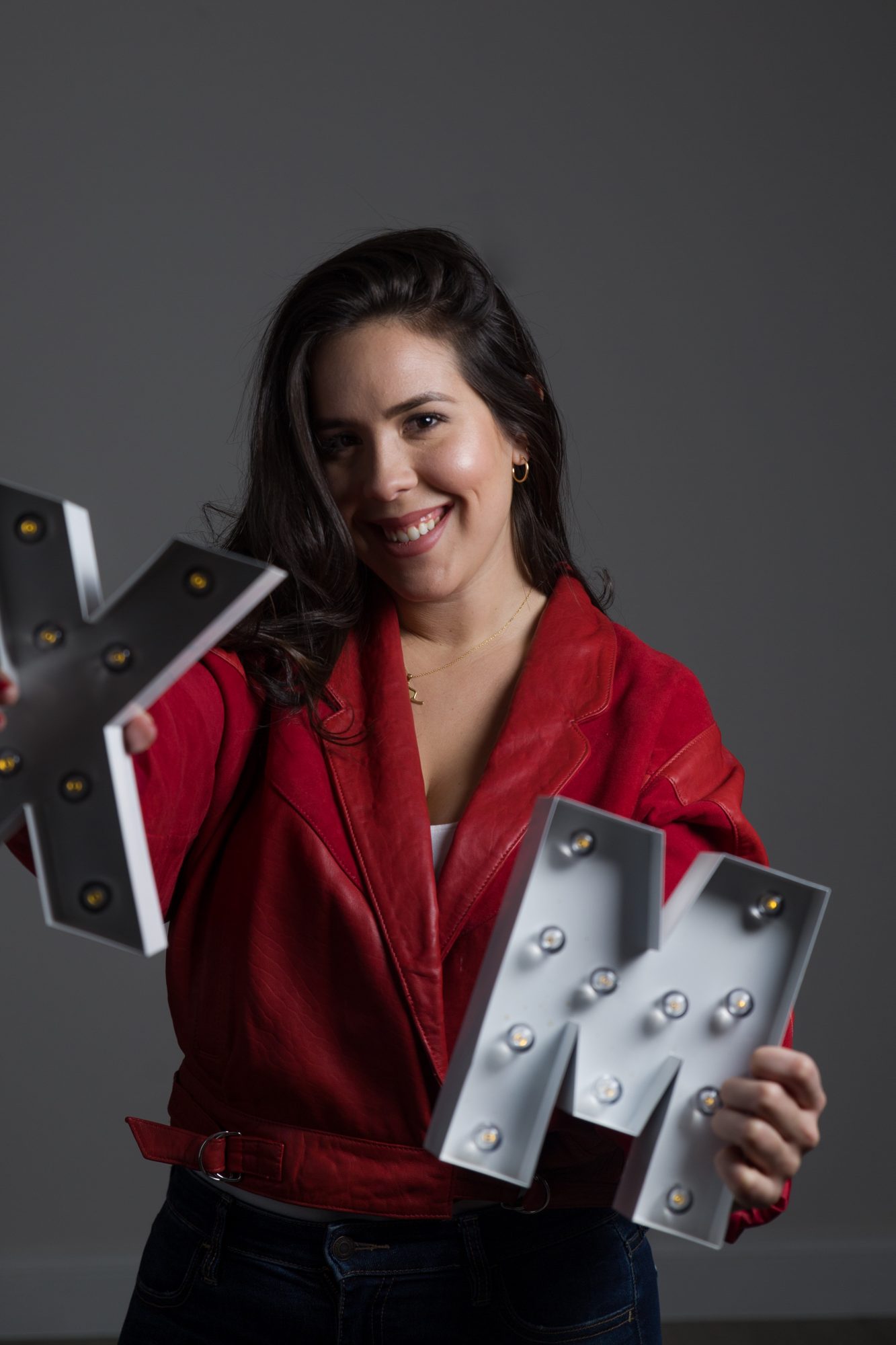