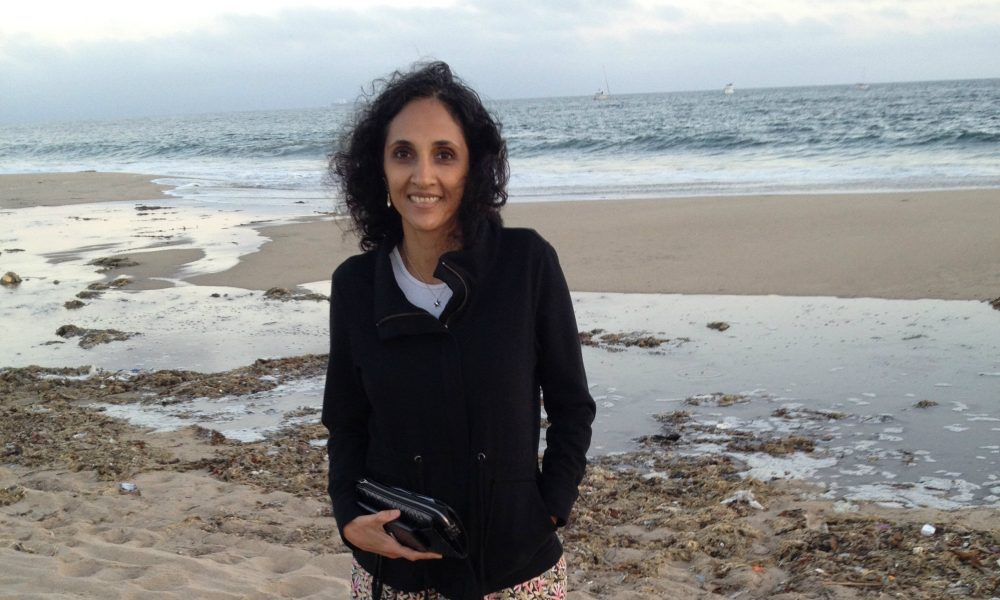 Today we’d like to introduce you to Manisha Shahane.

Manisha, please share your story with us. How did you get to where you are today?
My Mom is the first person in my life who encouraged me to sing. As a little girl in Virginia, I remember sitting alone on the staircase inside our family’s house and making up songs. When I was visiting relatives in India, I remember singing along with the radio and dancing when no one was looking.

But someone was watching, so to speak. And that was my Dad. He asked me if I would like to take piano lessons. I jumped at the opportunity. Eventually, I played one of my compositions at my senior piano recital. Around the same time, I won a scholarship award for the performance of one of my songs at the Junior Miss competition.

To this day, it’s remarkable to me how a song appears seemingly out of nowhere. Just today I finished writing another song. Looking back on things, I see that my songs have actually been more like companions.

And today I feel that the songs and music that have come to me — or, rather, through me — have been among my greatest teachers. In fact, they probably would do a better job of telling my story than I can.

Great, so let’s dig a little deeper into the story – has it been an easy path overall and if not, what were the challenges you’ve had to overcome?
I suppose I am where I am today, mostly because I learned to let go of a lot of things along the way. For example, the song I just finished writing — ‘Empty Boxes’ — was something I started on guitar four years ago when I was in the middle of move. Then I put it aside and didn’t give it much thought. Four days ago, I happened to dust it off, but I couldn’t remember exactly what I had come up with originally. There was a time when I might have been bummed that I didn’t record the initial bit (which I usually do). Or I might have spent more time trying to recreate whatever I had come up with in the first place. Instead, I shifted from guitar to piano, and now there is a song where a song wasn’t.

Some things had to be pried gently from my hands (or my head), so letting go hasn’t always been easy! One of the biggest obstacles I faced was a notion that creativity and insanity are destined to go hand in hand. Buying into this idea led to a lot of suffering; at the time, I didn’t know there was any other way. By questioning that notion and eventually letting it go, I have found that the more sanely I live, the clearer things get, and the more creative and productive I feel.

For me, that means being honest with myself about what sorts of projects are right for me (which may vary over time) and being open to working with other people whose strengths complement mine. With hindsight, I can see that whenever I believed in myself, the right collaborators and teachers and opportunities would emerge — sometimes out of the blue — and the road felt smoother, even if it was bumpy. When the path of music making seemed like it was something special in and of itself, it felt as though I had to do extraordinary things in order to walk that path. However, the more I approach music making as if it is as ordinary as making ginger tea, the more accessible and manageable it feels. That’s not to say that there isn’t something magical about making music, but it is no more magical than the appearance of a cup of yummy ginger tea where before there was none.

Manisha Music – what should we know? What do you do best? What sets you apart from the competition?
First, I invite you to listen to my original songs and arrangements rooted in folk, jazz, and Indian traditions. Think Sade meets Cowboy Junkies with a global twist (from what people tell me). In addition to the single ‘Speak Memory Speak’, I have released two albums: ‘Peace in Progress’ and ‘When Parallel Lines Meet’. My music is available for purchase at my webstore located at http://merchandise.manishamusic.com, where you as the customer can ‘name your price’ in case you’d like to offer more than the minimum. As an independent artist, the money I make from music sales via my site helps to pay the bills and fund new music productions.

Additionally, I’m in the process of launching ‘Songwriting for Joy’. It’s an online offering which is based on my ‘Let the Music Flow’ workshop that I originally offered through the Los Angeles Department of Cultural Affairs, thanks to the invitation of Dawn Norfleet.

The aim of Songwriting for Joy is to get folks to write fearlessly. After years of looking for validation in all the wrong places, I found the best guidance in my heart. The song that’s in your heart will automatically motivate you to grow in your musicianship and share your music, drawing to you the right teachers and collaborators. New and seasoned music makers (ages 11 and up) who want to build or expand their music making tool box are invited to sign up at http://www.songwritingforjoy.com to be updated as things evolve.

I also vlog about new songs, such as Empty Boxes, and works in progress on my YouTube Channel at http://www.youtube.com/manishamusic and on my Artist Page on Facebook at http://www.facebook.com/manishamusic. People who subscribe there are among the first to hear initial renditions of new music, such as the song that I just finished writing.

Finally, to be updated on my work as a performing and recording artist, please join my mailing list. Since my last release, I’ve amassed enough new material for another production, or two. So, stay tuned. When you sign up on my mailing list at http://www.manishamusic.com/main.htm, you’ll also receive some free music!

Do you look back particularly fondly on any memories from childhood?
A favorite memory of mine is the story behind the song ‘Love Sheets’, which is on my first album. My parents really did receive a gift of orange bedsheets with the word “love” marked all over them in a color palette straight from the 1970s. We often used these during childhood sleepovers.

One day, after I sang this song at the studio, my co-producer Daniel Cantor asked me to recall some childhood songs. I hummed a little of this and a little of that, but I kept coming back to ‘Naach Re Mora’ (Dance Peacock). I couldn’t remember all the lyrics and so I called my Mom, as I always do in such emergencies. Dan saw me trying to write quickly and, to save me some time, he came over with a mic to record her over the phone, so I wouldn’t have to write everything down. While we were mixing ‘Love Sheets’, we decided to incorporate some of her singing and explanations, such as “Saat rangi kamaan means rainbow,” because that was how she would teach me songs as I was growing up.

The print that inspired the song ‘Love Sheets’

Greg Manning and Manisha Shahane in a studio session in LA

Manisha Shahane and T.J. Troy at World Stage in LA