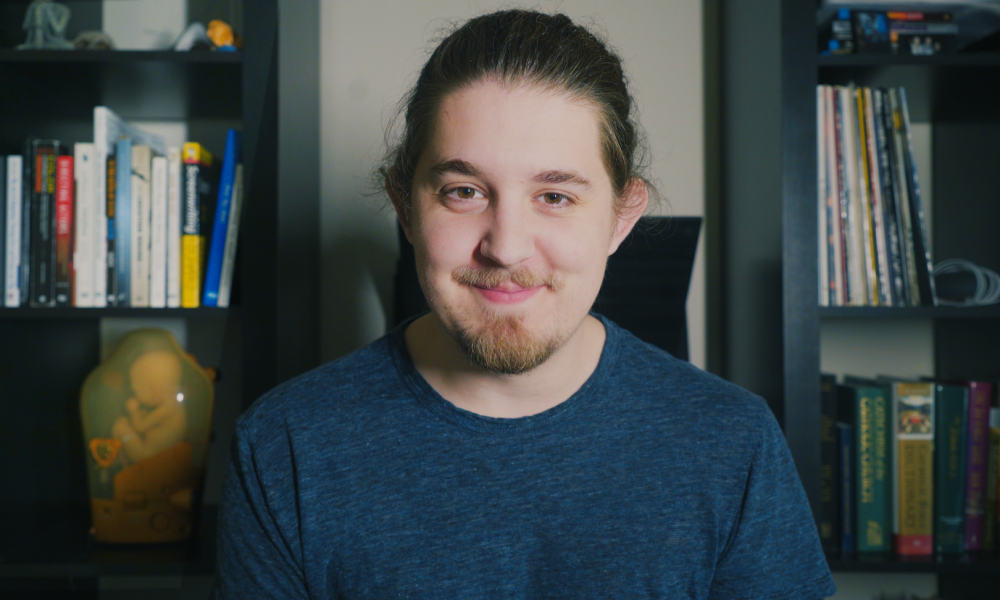 Today we’d like to introduce you to Ben Escobar.

Thanks for sharing your story with us Ben. So, let’s start at the beginning and we can move on from there.
There are many points in my life where I could say I “started” being a creative, but if there’s one piece to set aside, it’s the moment of my first encounter with wonder.

While for others, there’s many different ways of defining what that means, my own encounter with wonder goes as far back as playing a video game for the first time, experiencing worlds and narratives that were vast and seemingly limitless in scale.

Witnessing such a phenomenon at such a young age really set a standard for how I invoke wonder in my own storytelling, but even more so, a standard that continues to inspire and offer a purpose for me to innovate. I’ve been told that I’m a young auteur if that’s not too pretentious to say.

As a proud son of a Columbian immigrant, I was raised in the Texas hill country and later moved out to Escondido, California. It was there that I pursued an undergraduate degree in directing and screenwriting from a small film school local to the town. What I had initially seen as a damning risk that was likely to scare me enough to send me back home, turned out to be one of the most formative experiences of my life, teaching me first-hand that what you put into LA, and life in general, is what you will get in return.

It was there that I was able to establish myself with a group of creatives, who at first were only interested in film, but have since expanded to music producing and more creative ventures, in addition to film. We collaborated on countless projects where I was able to try, fail, and ultimately find my footing as a writer/director who lives for pushing boundaries and passing on such a wonder that I had come to know since childhood.

In my senior year of my undergraduate studies, in a final effort to collaborate with my best friends before graduation, I wrote and directed an independent feature film inspired by the environment we came to know during our time in college. The film was centralized around our struggle with the inevitable “goodbye” that would soon come with graduation, and it was essential that the project only be told by the ones currently living through it. The film was completed upon the date of our graduation.

Following undergrad, I moved out to Orange County and pursued an MFA in screenwriting from Chapman University, where I recently graduated from this past May. It was there that I was able to hone my storytelling skills and witness the rewards of taking creative risks that would further enhance my ability as a storyteller. These risks soon proved to be blessings that came in the form of experimental short films for class, music videos for friends, and even beginning production on my second independent feature.

Since graduation, I continue to be always at work on projects with my team of creatives, pushing our ambitions and talents to new highs as we forge the path of our careers.

I’m very hard on myself in everything myself and my team does. For me, it’s a requirement to always bring something original and true about myself into my work. It’s meaningless if it doesn’t.

I want to be the first and only Ben Escobar — with all the good and bad that comes with that.

Has it been a smooth road?
To put it simply. It’s never a smooth road. But I wouldn’t have it any other way. I think the best answer to this question was answered by my writing partner and best friend, Aaron McAfee (aka ATRPHY) who was recently interviewed by VoyageLA as well.

He says, “My journey has been one of the most powerfully disruptive and insightful experiences of my life. I’ve gone through periods of euphoric highs when all seemed at my fingertips, to crushing lows… Through these experiences of feast and famine, I have learned to be more measured and self-reliant, and I am more comfortable in my own skin now than I ever was. I am convinced this is a shared experience among every organic creative, and I feel no special amount of burden.”

In addition to his words, I’d like to emphasize that I’m lucky to be surrounded by such a unique and dedicated team of creatives that inspire me through times of struggle. This city tends to invite you to a new kind of comradery. It’s a connection that feels like more than just friends, and in some ways, more than family. When one of us hurts, we all hurt, yet, when one succeeds, we all succeed — with feelings of emotion and triumph that blur the line between the wins and losses of our own, and that of our neighbor.

It sparks a hope that’s as toxic and addictive as it is life-giving and essential.

We’d love to hear more about your work and what you are currently focused on. What else should we know?
My primary focus is in film, where I specialize in the art of screenwriting, directing, editing, cinematography, and photography in all forms of cinema. As of late, most of my production work has been from music videos, however I hope to work on more shorts and features as production reopens post-COVID-19.

I am best known for my experimental short films on YouTube, in addition to some horror shorts and music videos. However, my single greatest love lies in independent and arthouse cinema that focuses on innovating genre filmmaking while staying true to reality. Specifically, the works of Richard Linklater, Andrea Arnold, Sofia Coppola, Ingmar Bergman, Sean Baker, Josh & Benny Safdie, Hideo Kojima, and many more, are some of the most inspiring artists for me.

Currently, my strongest efforts have been dedicated to securing a literary manager to get the necessary jumpstart to the next step of my career.

In the meantime, I’ve recently found a new affinity for Twitch streaming.

After uploading a TikTok that went viral, showing a quite exhilarating moment of mine and a friend’s victory while playing Call of Duty: Warzone, I was inspired by my friends to seriously pursue a potential career/side hobby on Twitch. After securing the username of Genie_Boy (which is a whole other story for another time), I’ve been lucky to have built a community of many new friends, where I’ve been able to blend my passion for video games and storytelling with my love for content creation — all from just two months of being on the platform.

On Twitch, I always try to involve my community in everything I do. I’ve always had a peculiar feeling about the concept of expecting thousands of people to sit and watch someone else play a video game, but I think that feeling has inspired me to approach my streams with a different, more inclusive experience for my community. The recent growth from the channel has been nothing short of a welcomed surprise, and I’m excited to see where it will go from here.

Is our city a good place to do what you do?
The thing I’ve always loved about California, and specifically LA, is that it’s one of the few places in the world (from my experience) that is not afraid to give you a bittersweet reality check, and quickly weed out those that are dedicated from the ones that aren’t.

I’ve always known that at its core, it’s survival of the fittest out here — dog eat dog. But it’s the struggle of balancing between the positive and negative consequences of that, that really makes for the uniqueness of LA.

It’s a city that seems to thrive on creativity and innovation, while simultaneously being scared to death of taking the necessary leaps of faith to achieve just that. And it’s important to note that the ones that do take those leaps are often rewarded greatly.

If you’re lucky enough to have friends or a team of creatives with you, LA is worth your time. But I wouldn’t say it’s the best for those that aren’t so good on their own.

Amoeba, Arclight Hollywood, and the Alamo Drafthouse are some of my favorite hangout spots. 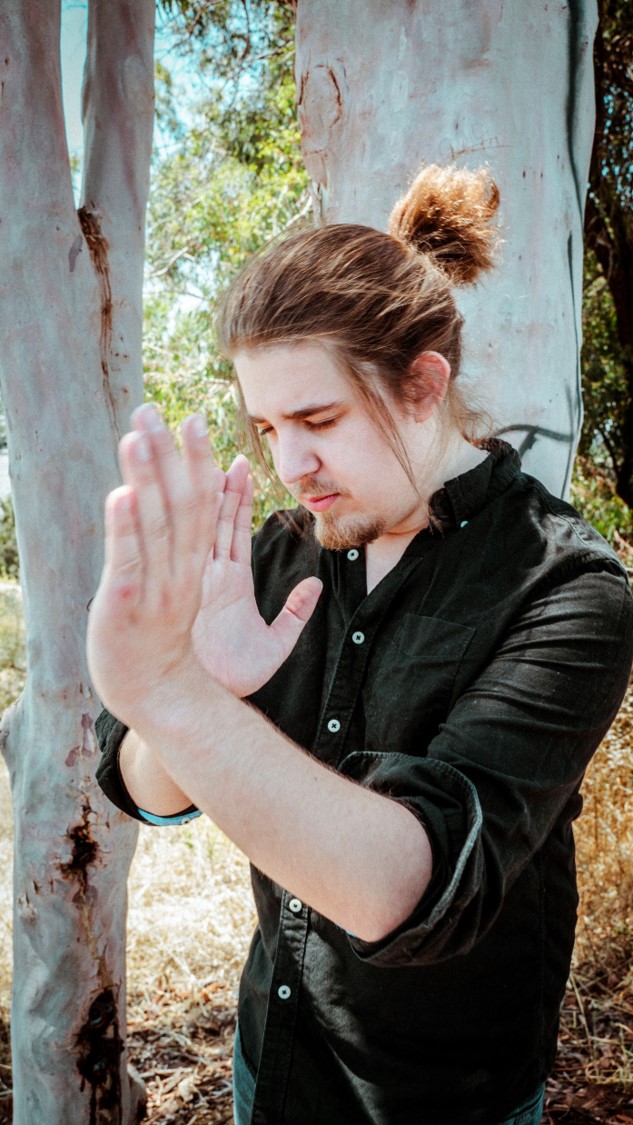 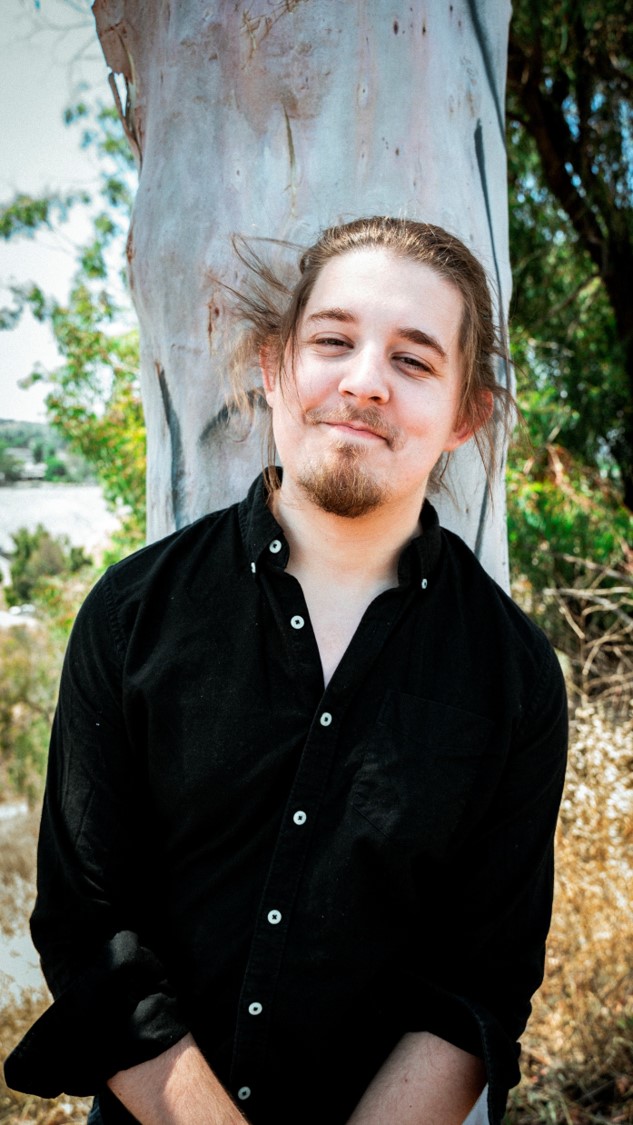 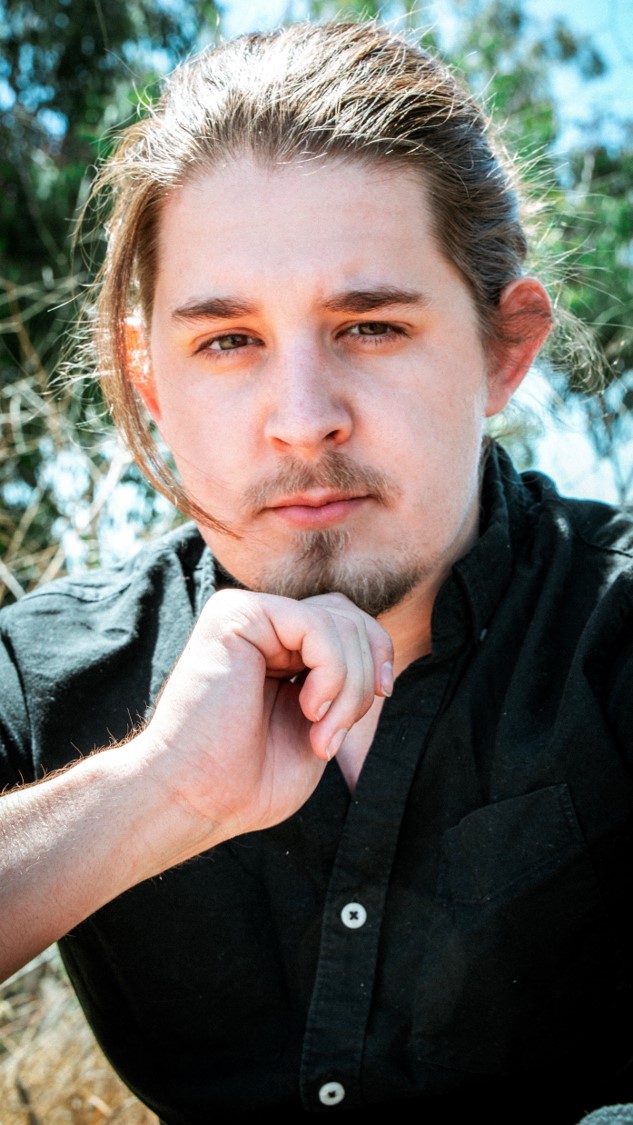 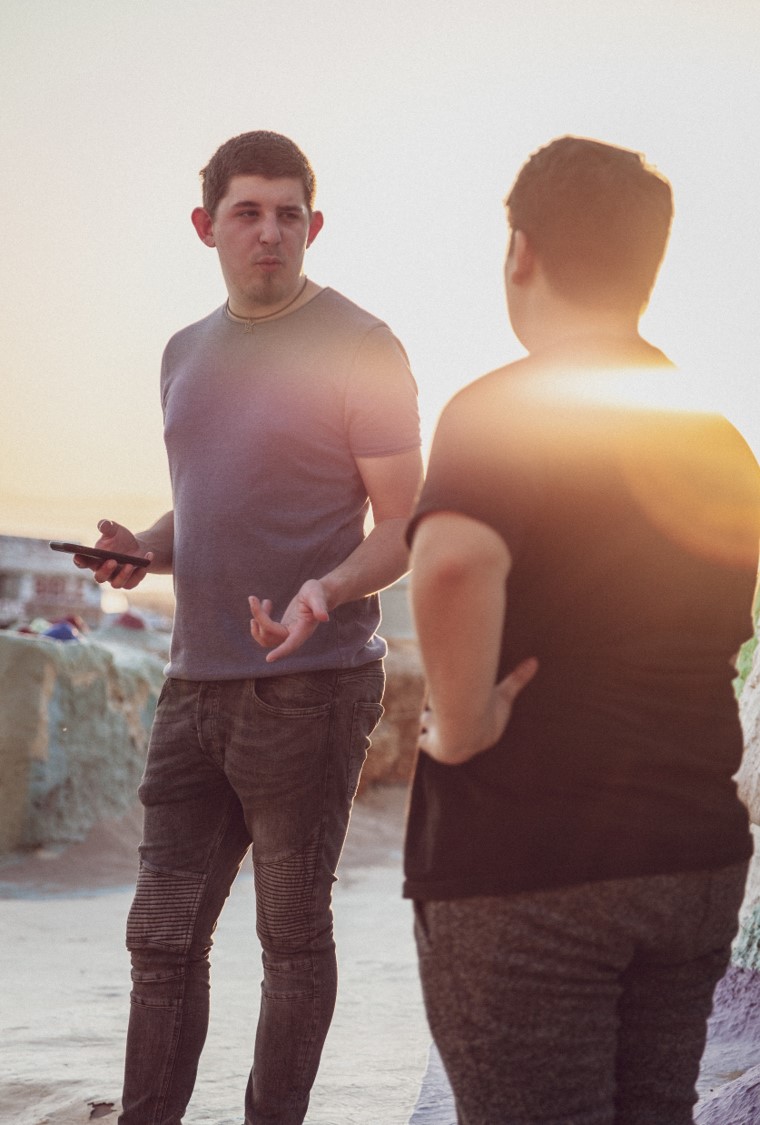 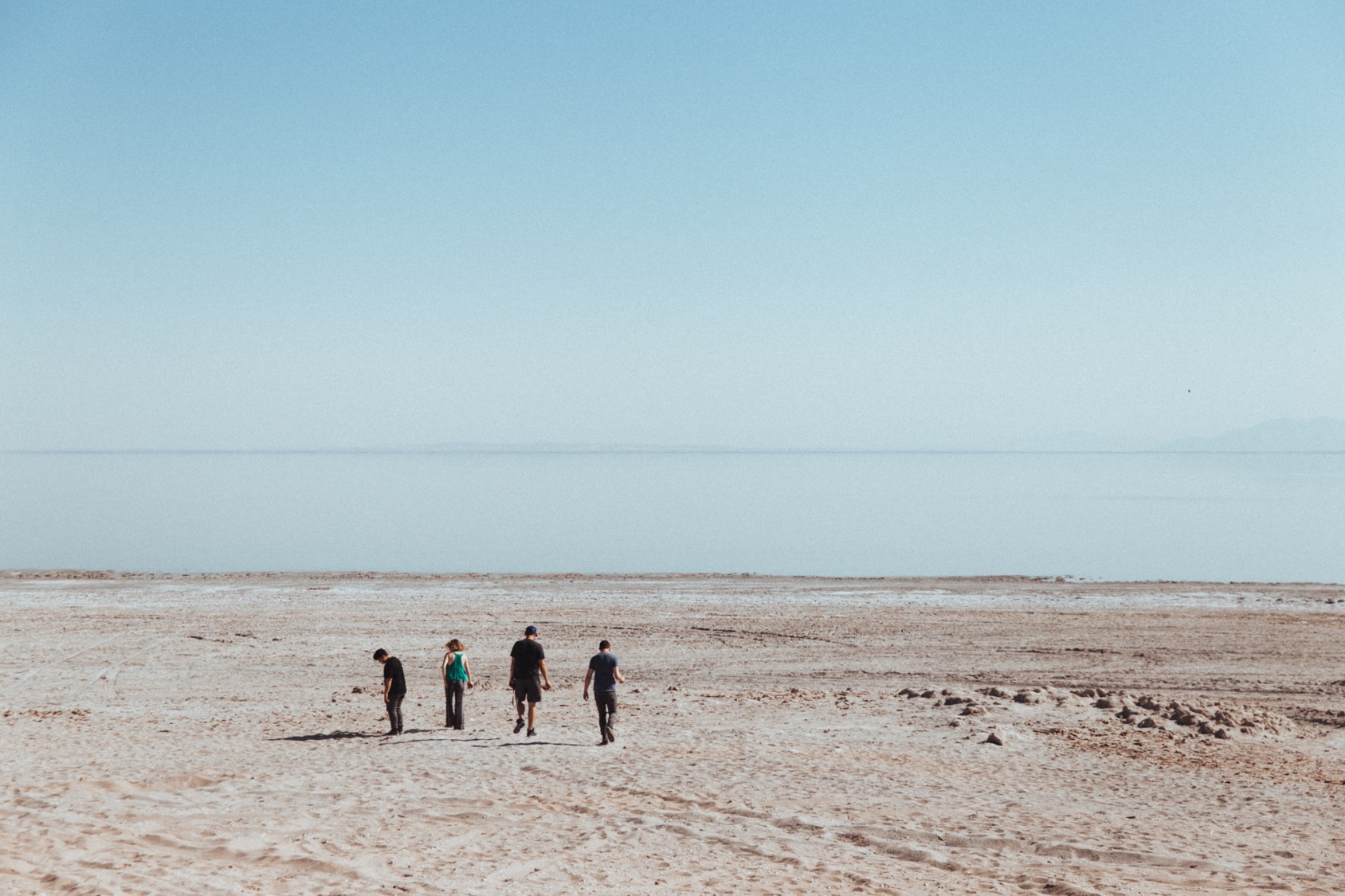 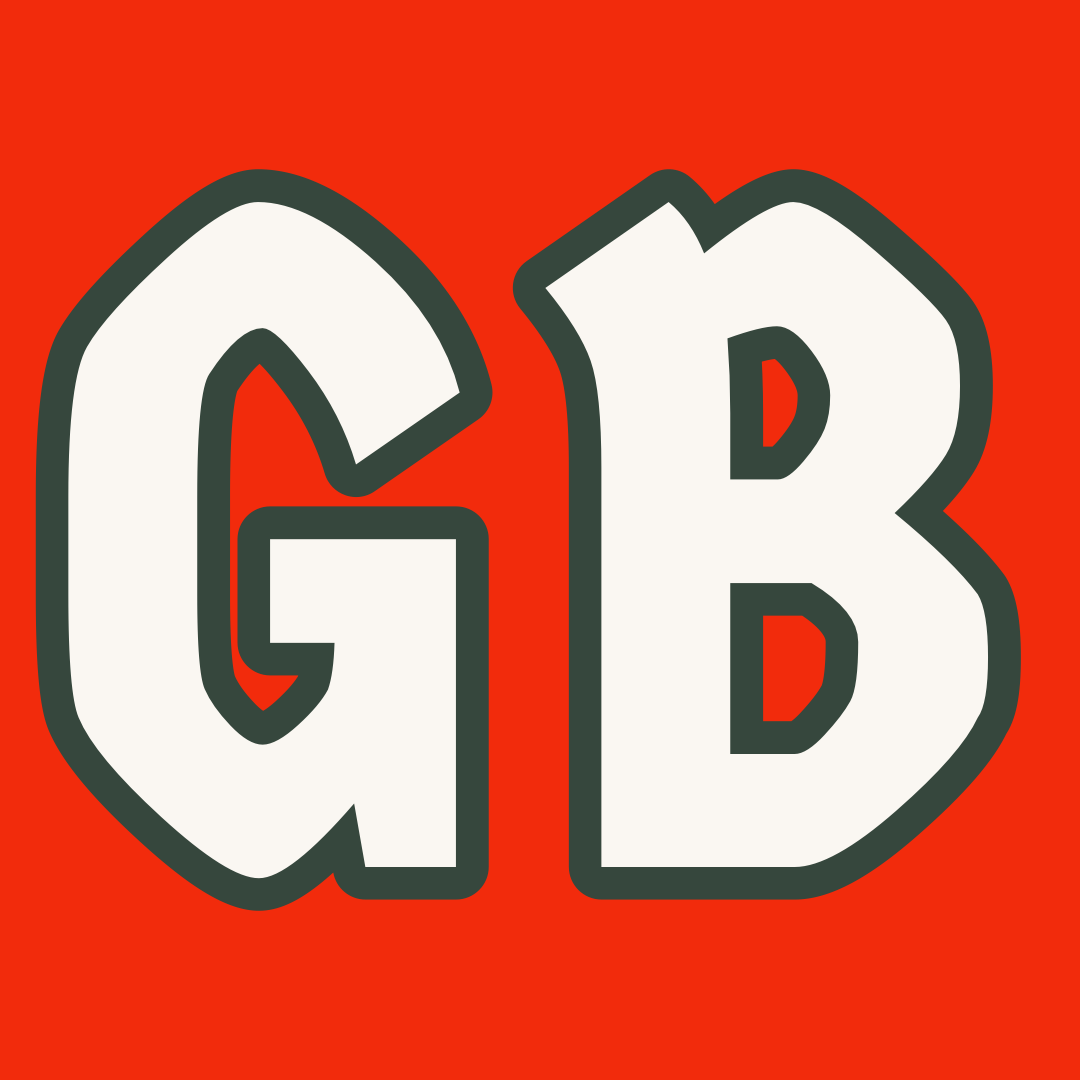