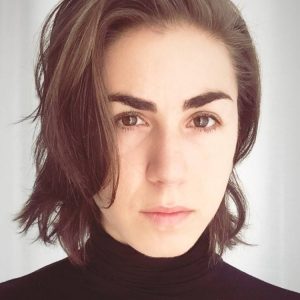 Today we’d like to introduce you to Niki Byrne.

Niki, can you briefly walk us through your story – how you started and how you got to where you are today.
I spend a good amount of time reading Wikipedia pages of people I admire, and comparing my life to theirs: How old were they when they did X? What led them to Y? There are two sections: Early Life and Career, and they tend to bleed into one another, but there’s always an imaginary line where odd jobs start heading in on direction, where everything comes together and hits a stride towards something called “a career”. I’m fascinated by that line, and I think I’m in the process of drawing one for myself. I grew up in Santa Barbara. In high school, I was a serious soccer player and then started racing cars because my Dad, who worked for Porsche in Germany for a time, insisted that I should ‘learn how to drive properly’. I went to university in Boston and studied history and political science, with a sprinkle of astrophysics. When I graduated, I held a handful of odd jobs: worked as a copywriter at an ad agency, chopped vegetables for a Top Chef winner, and spent a lot of time interviewing for jobs I didn’t want. One particularly memorable interview with Goldman Sachs ended with the interviewer telling me I didn’t want to work there. It was hard to hear at the time because I was desperate to feel useful and had spent an hour braiding my hair for the meeting, but she was probably right in the long run.

After a pretty grueling year of job hunting and mismatches, I got an offer to move to Geneva, Switzerland to work for the governing body of motorsports, the FIA. I jumped at that opportunity—I was very excited to work closely (and flirt) with so many of my racing heroes—and I landed myself in the middle of a hierarchical French institution. It was a hilarious mismatch—probably not so funny for my bosses. I was a total bull in a china shop. They’re pretty serious about their pecking orders over there, and I was a 22-year-old loudmouth from California. I was idealistic, overeager, and brash, and I had no respect for the rules. When my boss needed to hire a secretary, I watched aghast as he flipped through resumes (in Switzerland you have to attach a photo of yourself to the document) evaluating candidates by their appearance. I was disgusted, so I decided to start a company called BlindHire. This was around 2015 when unconscious bias wasn’t really on the tip of everyone’s tongues. It was a lot of fun. I invented some stationary and faxed No. 10 Downing Street, ATTN: Prime Minister David Cameron, and got to swing by for a meeting.

Brexit threw a bit of a wrench in our plans to implement blind hiring across the UK, which may have been a blessing, but I got to spend a chunk of time in London, which I loved. Prior to leaving the UK, I had the opportunity to get my helicopter pilot’s license under the supervision of the world aerobatics champion, Quentin “Captain Q” Smith, at his school, HQ Aviation. It hadn’t been in my plans, but I couldn’t walk past the opportunity to learn from the ultimate sky pirate. I had only about a month left in the UK when we decided to go for it, so we did the full course in three weeks. Q suspects that we might have set a UK record, which we absolutely haven’t investigated because we don’t want to ruin our fun. It’s Schrodinger’s record. Having bounced around Europe for a while, I decided to come home to Santa Barbara to spend some time en famille. I wrote a few films, directed a short, took some acting classes, and worked for Tiffany & Co., all while living with my parents. This, it turns out, was a well-timed visit, because about a year later my family home burned down in the Thomas Fire (not our best Christmas ever). The fire was a mixed bag. There’s some liberation in losing everything, but there are also zillions of practical annoyances (many of which my parents are still wrestling with today). I dealt with it in the most selfish way possible—I went racing. A few weeks later, much of our neighborhood was destroyed in the mudslides. That was much worse than the fire; my heart still aches for those who lost their loved ones.

In the middle of that tumult, I received an offer from the CIO at Fox to join the company in a strategic communications role. I accepted, not knowing exactly what it was they wanted me to do and spent most of my year there navigating the thick fog of the Disney Acquisition. I met some really lovely people, and it was a phenomenal launch pad for my film interests. I left Fox a few months ago, and associate produced my first feature in June. These days I spend my time sitting in my flat in Korea Town, writing the first draft of the feature script I intend to direct myself. I’ve written a handful of features, all of which suffer from the same problems: they’re too high budget and too high budget. Nobody, I’ve been told, is going to hand that kind of money to a first time director, but this current project should be Goldielocks—just the right amount of too expensive.

We’re always bombarded by how great it is to pursue your passion, etc – but we’ve spoken with enough people to know that it’s not always easy. Overall, would you say things have been easy for you?
There are no smooth roads; go by air. Everything is a struggle: writing is hard, producing is exhausting, racing is expensive, and flying is terrifying. The challenges are too numerous to count, but they’re what make things interesting. Nobody goes into the film business because it’s going to be easy. Nobody flies because it’s inherently safe. Nobody goes racing because they’re guaranteed a victory. We’re here because there’s an invisible, slippery, indefinable ladder somewhere and it begs to be discovered and climbed.

We’d love to hear more about your work. What are you most proud of?
I did a life-size oil painting of Anthony Bourdain almost exactly a year before he passed away. I’m proud of that portrait.

So, what’s next? Any big plans?
Professionally, I want to make this film. I’m aiming for a 20 day shoot in Northern Scotland, maybe a few days in London. I’m dying to convince Joe Alwyn to play the villain (Joe, if you’re reading this, I really want you to play the villain). I’ve also been doing a lot of photography work over the past few years. I was given a Leica camera and it changed my life. I take a lot of portraits, some of which I use as references for oil paintings. I should probably set up a show, but I still feel a little weird about it.

Personally, I would like to circumnavigate in a tiny single-engine helicopter called a Robinson R22. It’s a totally absurd undertaking, and the last guy who tried it ended up fighting off polar bears in the North Atlantic, but it appeals to me because I’m really stupid, and I’ve read too many books about Eddie Rickenbacker. Q recently sent my brother and me on a mission to collect a friend’s helicopter from Anchorage, Alaska. It was the best week of my life, engaging, intimidating, and filled with absolutely stunning scenery—my brother Julian is an instructor in helicopters (he flies out of Orbic Helicopters in Camarillo). If I circle the globe, he has to be there too, maybe in a Cabri. We’re a good team. The whole world from 200 feet, that’s the goal. 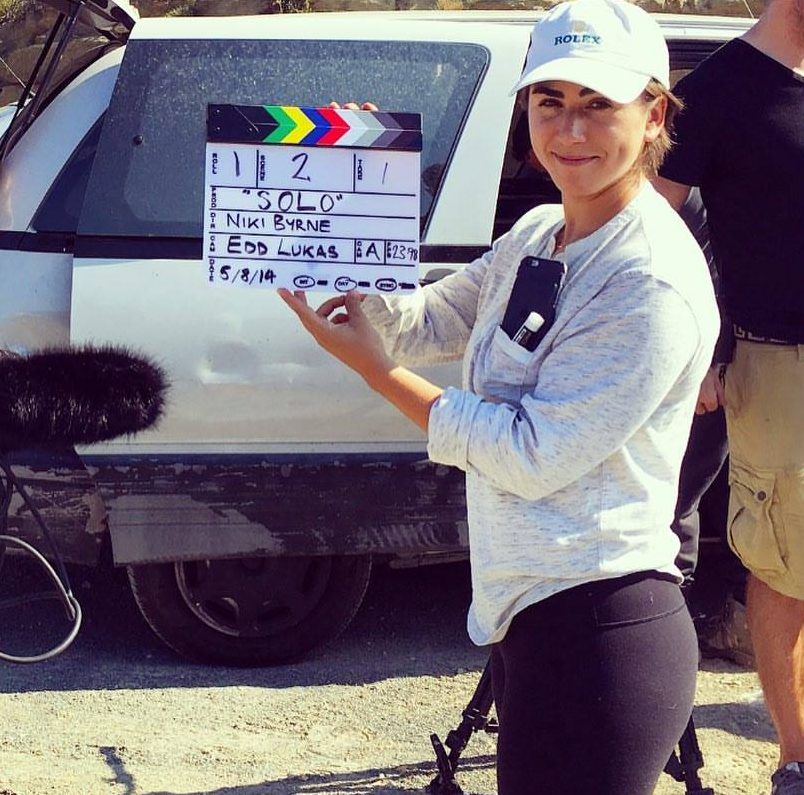 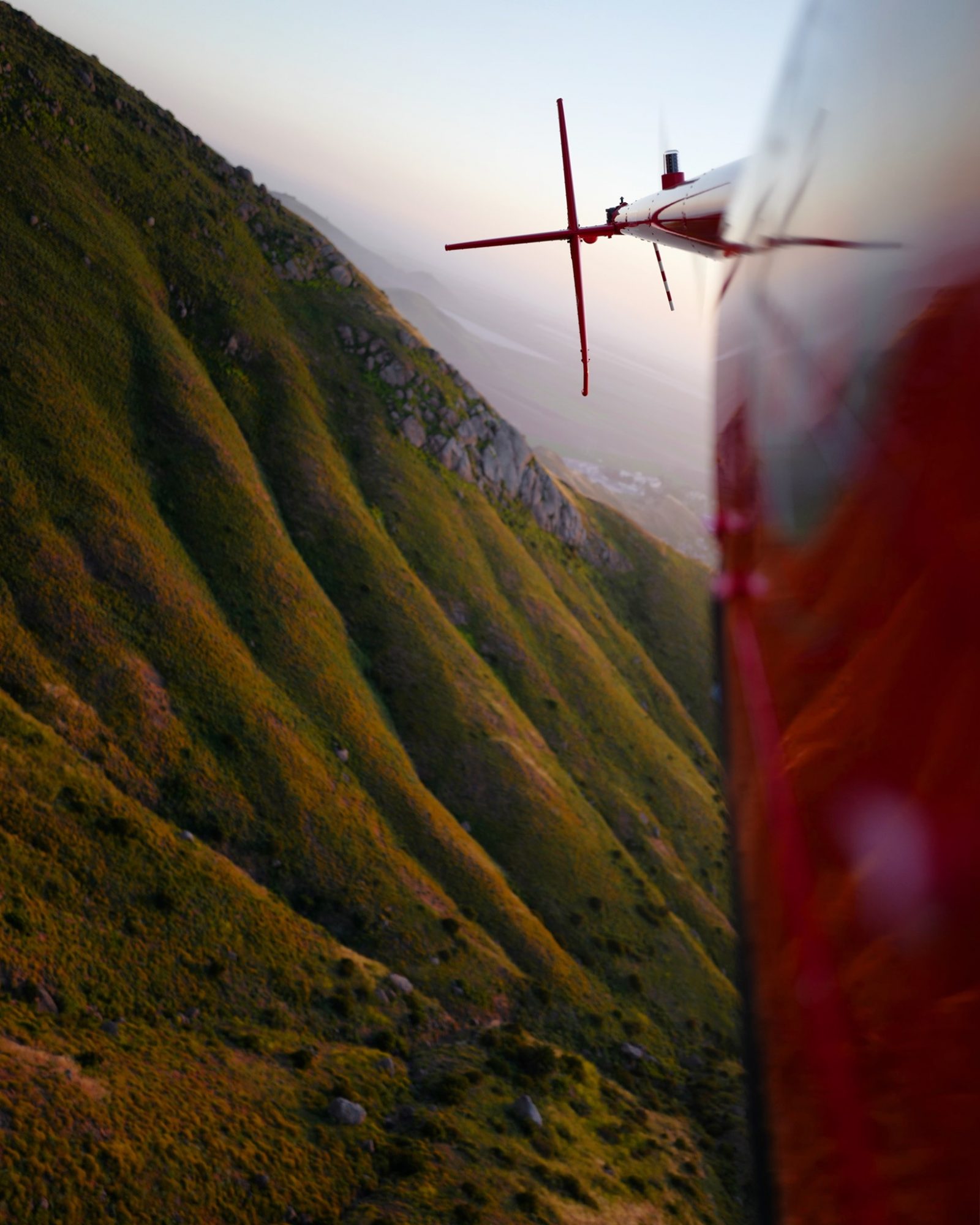 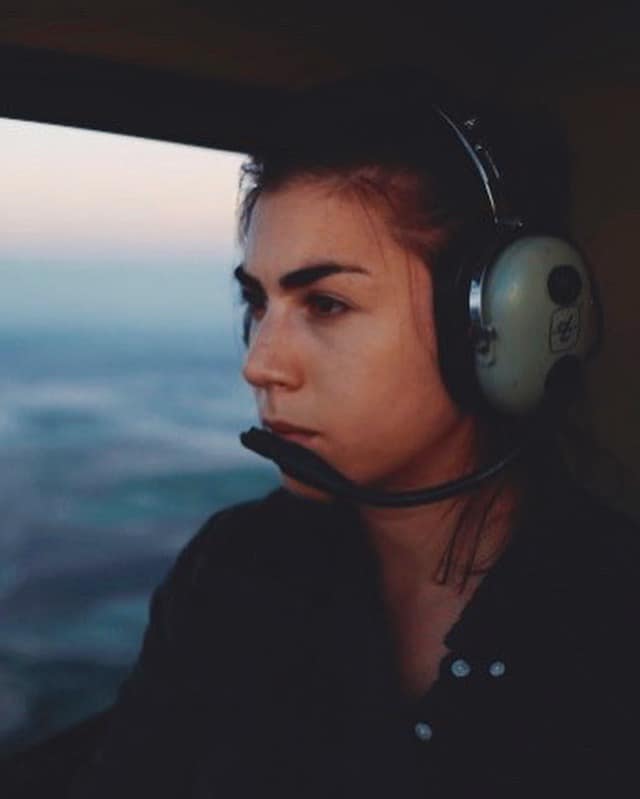 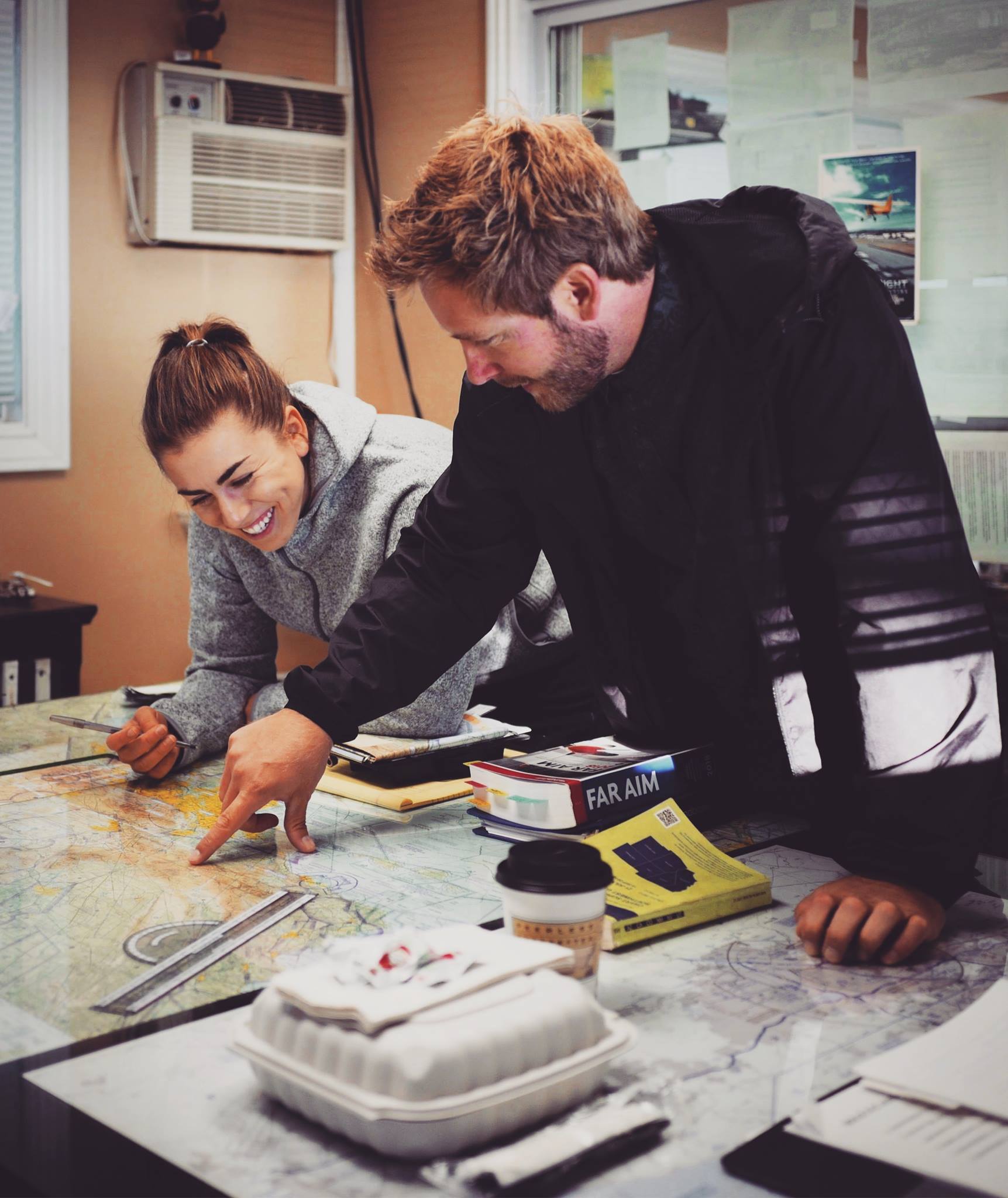 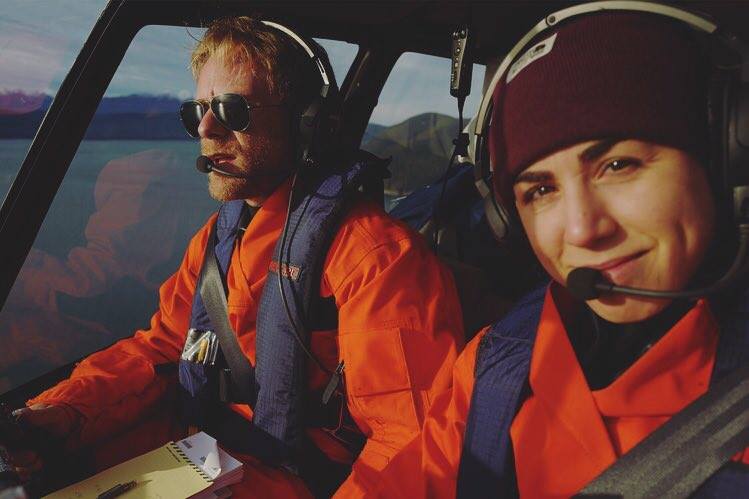 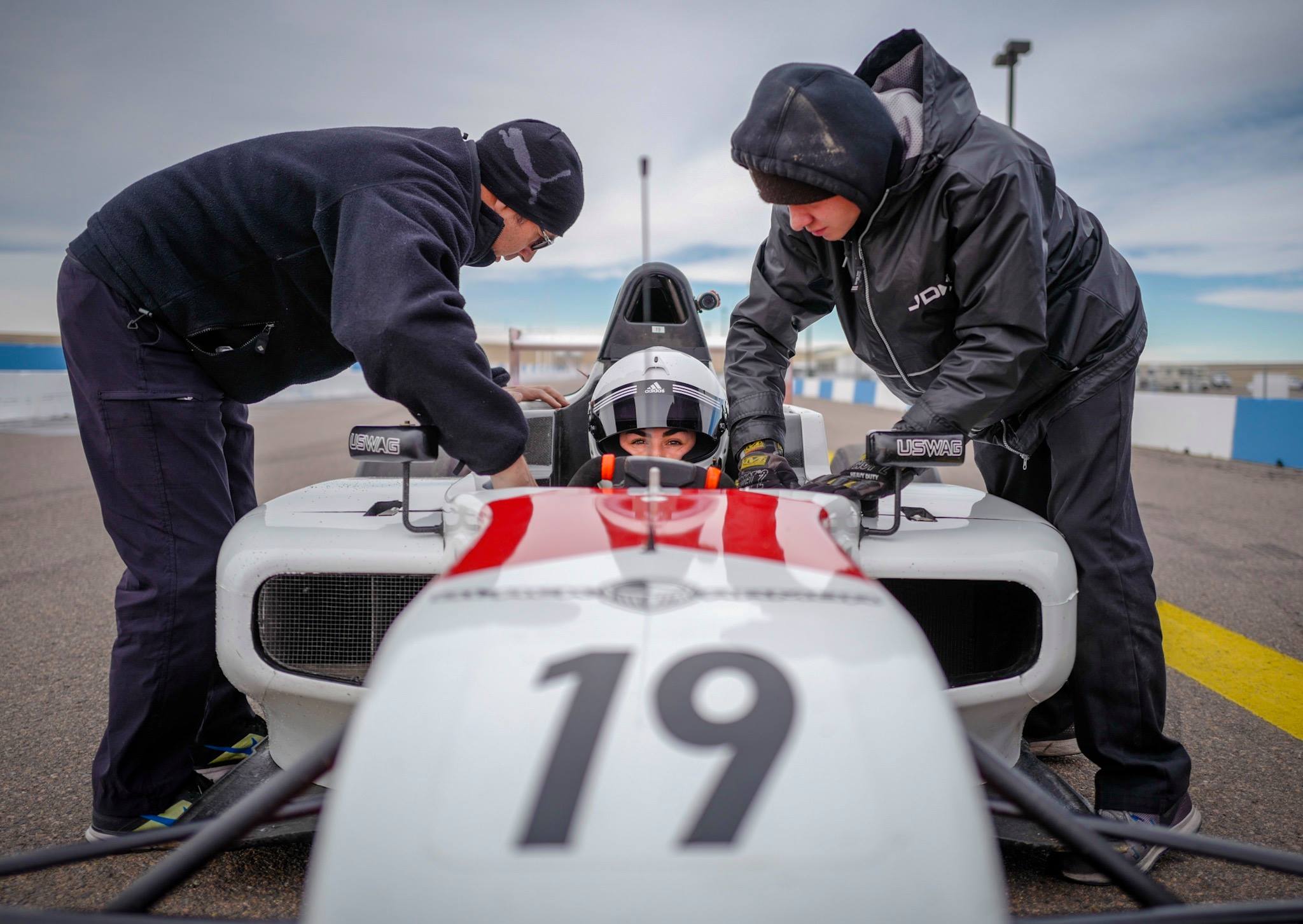 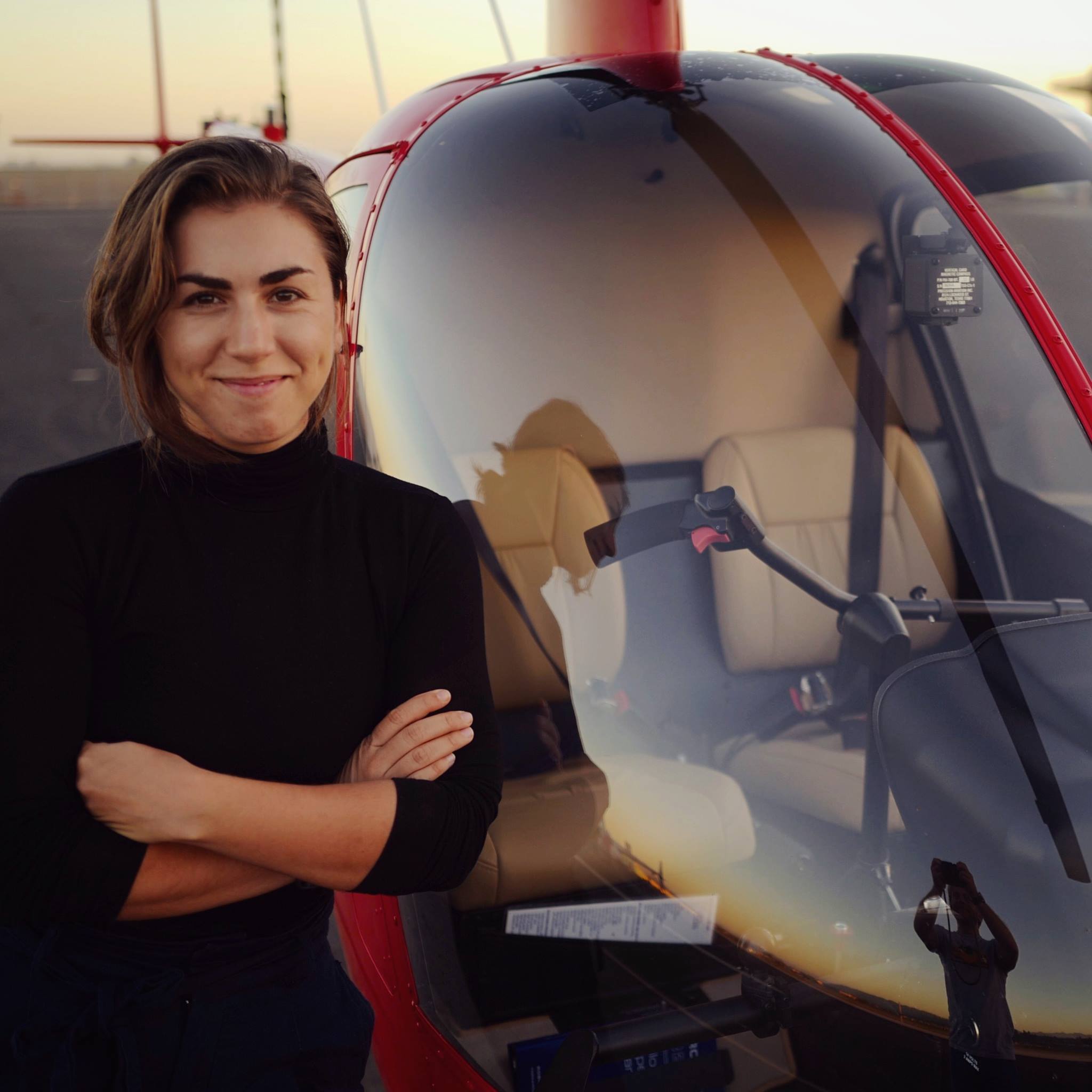 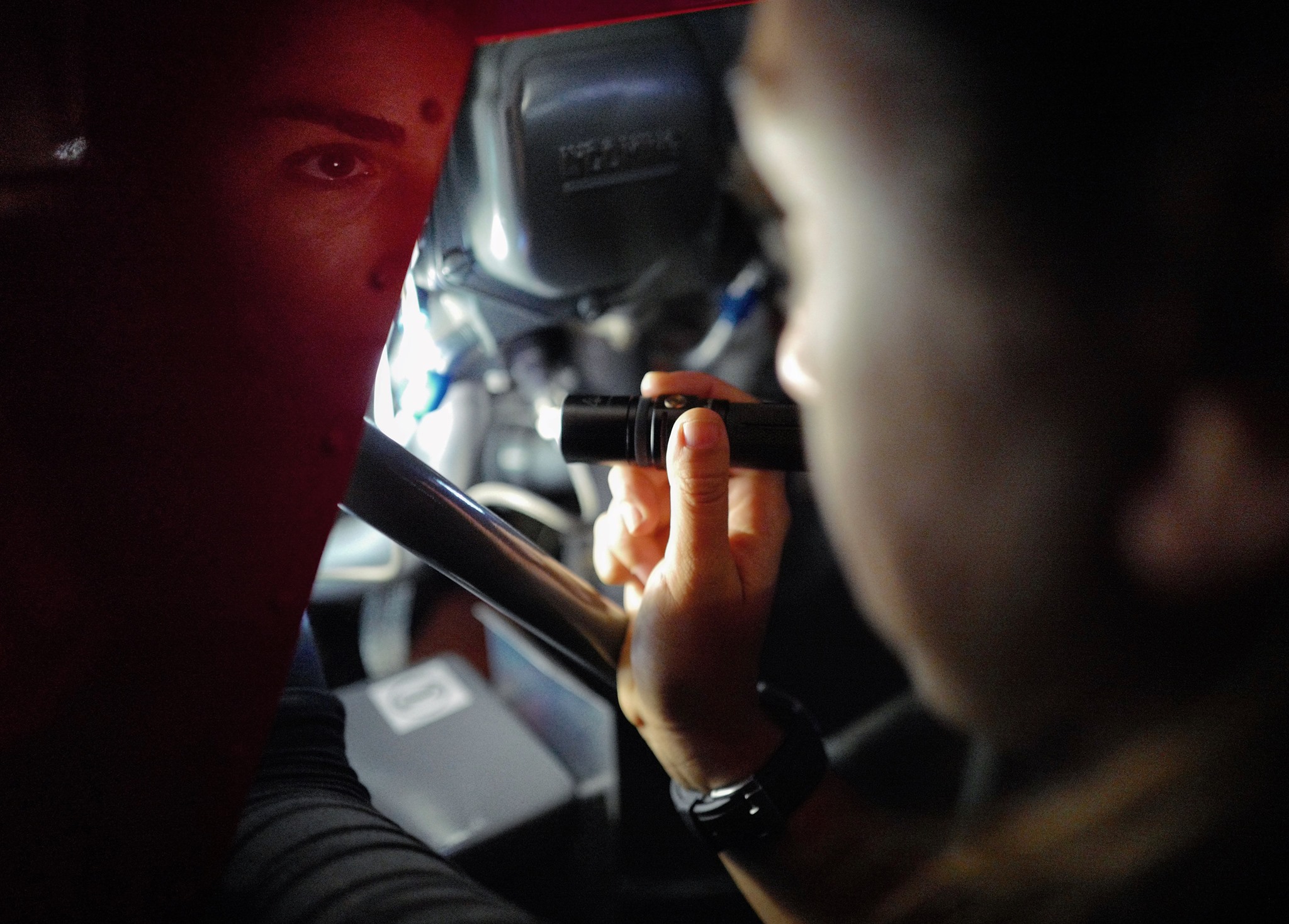 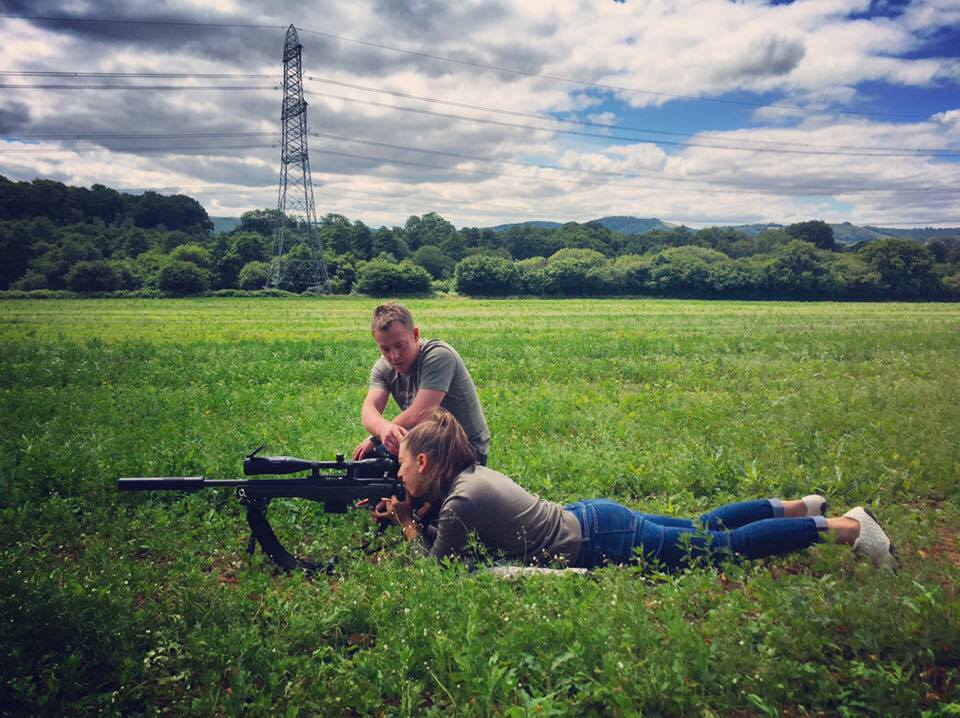 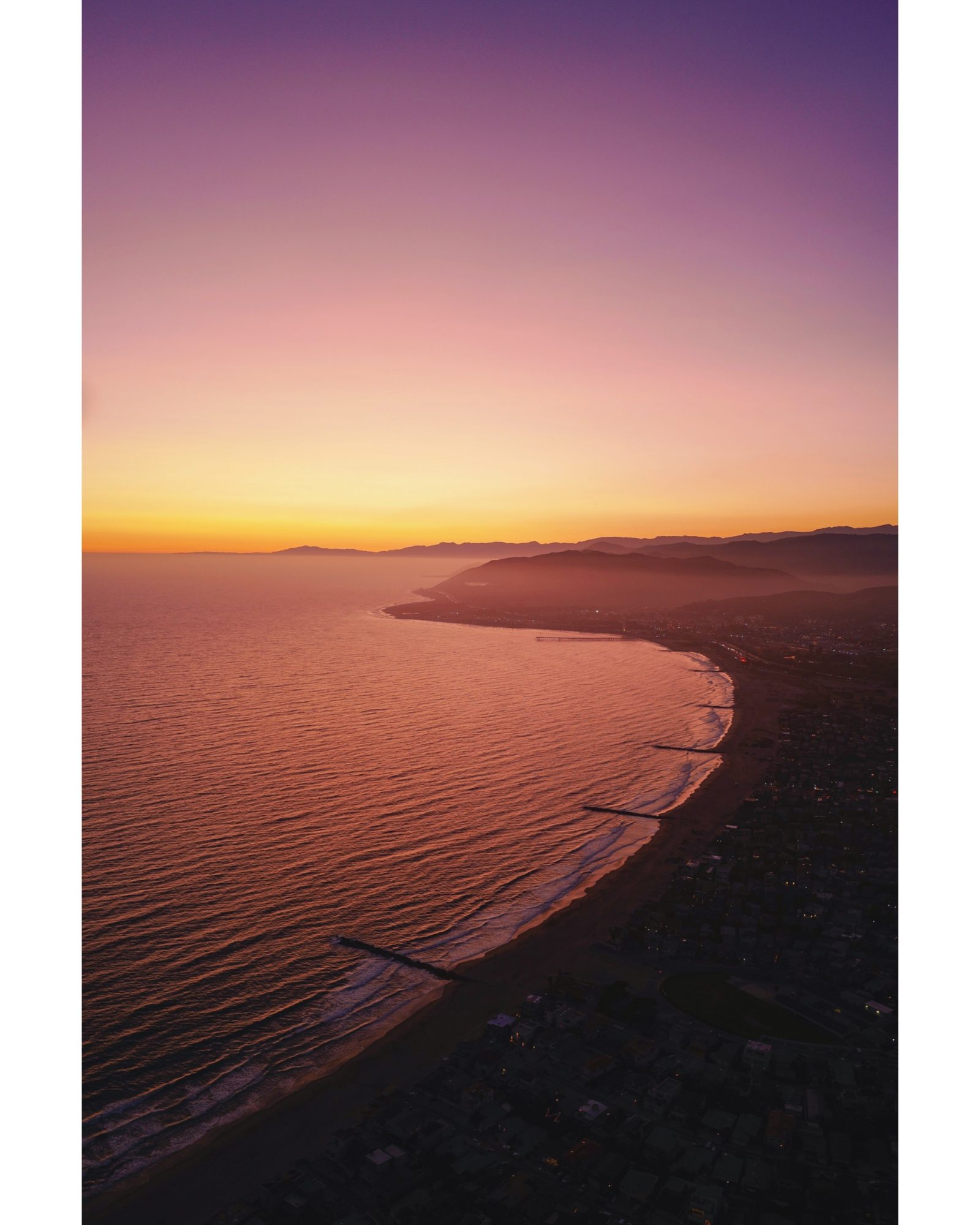 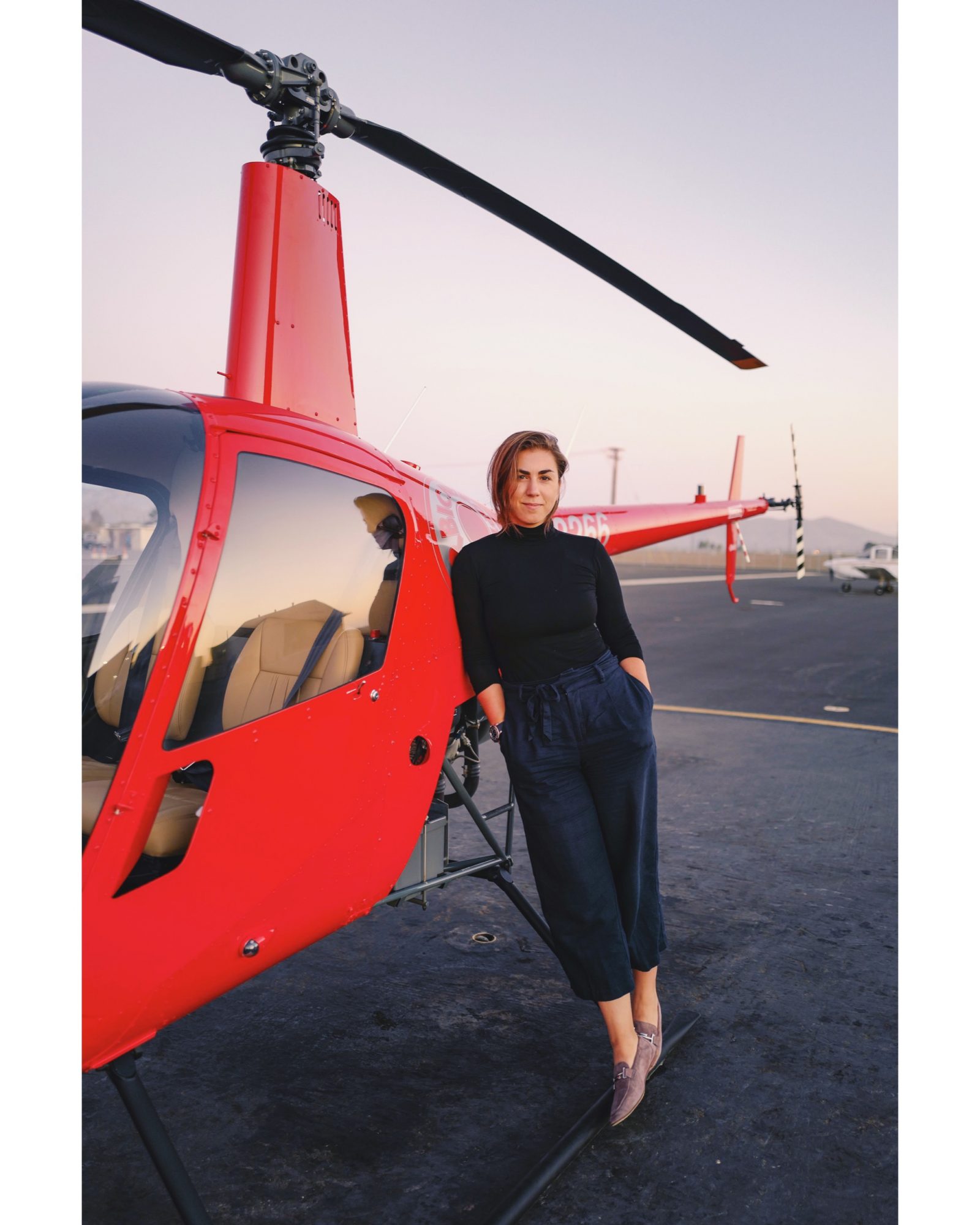 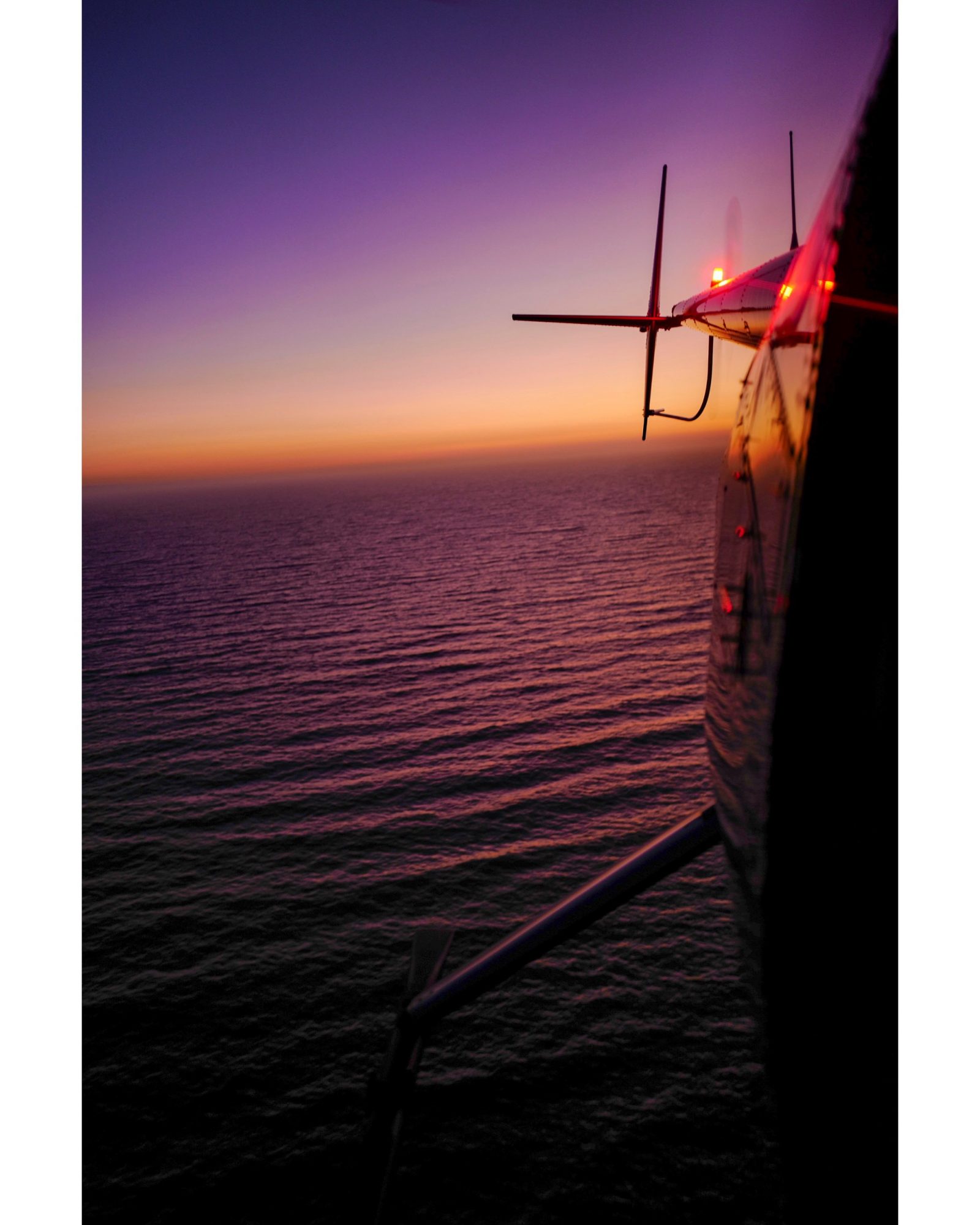