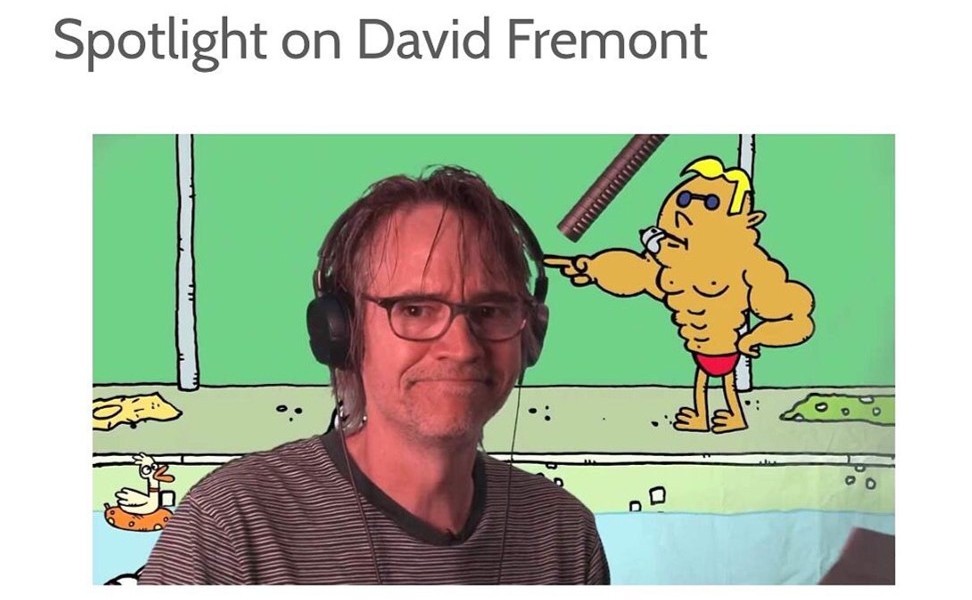 Today we’d like to introduce you to David Fremont.

David, please share your story with us. How did you get to where you are today?
I started my animation career in SF at Colossal Pictures as a production artist for various projects including MTV’s Liquid Television. I went on to become a designer and creator on projects such as Germtown for Cartoon Network.com and Zoog Disney, both at Colossal. I later worked for a company called Wildbrain where I created one of the first online cartoons called Glue. I later moved to Los Angeles where I created an animated pilot for Nickelodeon called Kung Fu Spy Troll. Most recently I created Public Pool, an animated online kid’s series for Dreamworks TV.

Has it been a smooth road?
The animation industry is rarely a smooth road. My animated pilot didn’t get picked up for series so that was a tough period. Fortunately, my daughter had just been born so it gave me time to be a stay at home dad with her. Developing shows and ideas takes a lot of time and energy but when something hits it’s all worth it. I also worked as a freelance illustrator for magazines, Entertainment Weekly, Mondo 2000, Spin, but then that industry faded a bit as they mostly started using stock illustration and photos for articles. So, like I said, it’s not always a smooth road. But when all the planets align it’s a blast! The Public Pool cartoon I created for Dreamworks TV was tons of fun I was given quite a bit a creative freedom from my producer Birk
Rawlings. And we got over a million views so I was happy a lot of kids are getting to view them.

Have you ever wanted to stop doing what you do and just start over?
When my animated pilot at Nickelodeon didn’t go to series I felt like throwing in the towel It was something that took a very long time to get off the ground and often times It comes down to a phone call. You get a tv series or you don’t. But just getting an idea to pilot stage is very hard so I feel very lucky I got the opportunity. I learned a lot from it. My wife has always been very supportive and my dad told me not to quit because I had come so far with my work so I decided to keep at it. I love creating characters and worlds in my sketchbooks, the faucet never seems to turn off.

Let’s change gears – is there any advice you’d like to give?
Draw every day. Bring a sketchbook everywhere. Watch good cartoons like Bugs Bunny, Popeye and Bullwinkle and awesome newer ones like Gumball and Adventure Time. Study character development and storytelling. Learn to read contracts. Try and get a job doing anything in animation, learn how the machine works, make friends and be nice to people. The assistant may one day be your boss.

What are you looking forward to?
I’m always excited about new projects. I’ve been developing a fun project with producer Mary Harrington and writer Eric Trueheart from Invader Zim. I wrote a coming of age novel and started a teen horror book that I’d like to get back to or maybe turn into graphic novels.