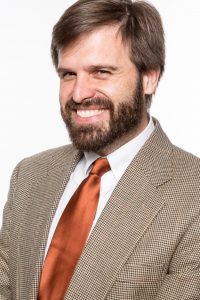 Today we’d like to introduce you to Witney Seibold.

Thanks for sharing your story with us Witney. So, let’s start at the beginning and we can move on from there.
I aspired to be a film critic as early as college back in the mid-1990s. I wrote reviews for my college newspaper and wrote (quite bad) reviews on an online ‘blog, a novelty at the time. Although I was majoring in theater, I found my true passion was for talking about film.

I switched schools, moving back to Los Angeles after two years studying in Tacoma, WA, and began studying film, reading voraciously on the topic, and consuming every possible piece of cinema that came to my attention (it helped that I worked in a movie theater at the time, giving me free access to every scrap of cinematic ephemera I should choose to eat). I eventually was published in The Santa Monica Mirror, my very first legit byline.

After spending nearly a decade of paying dues – that is: maintaining a ‘blog, and writing for free for whatever outlets would have me – I eventually met up with one William Bibbiani who was seeking a co-host for a podcast. In 2011, I began writing and podcasting professionally on the regular as a regular film reviewer for a website called CraveOnline, and as co-host of “The B-Movies Podcast,” a title we invented after a mere 20 seconds of thought. As the years passed, and as my sampling and study of film continued to expand, I grew a more mature voice and, I hope, became something of a better writer. In that time, I wrote for outlets such as Nerdist, The Village Voice, Legion of Leia (a feminist pop culture website), Movies.com, and once for The Wrap.

Eventually, Mr. Bibbiani and I became comfortable enough to launch our own Patreon and our own network of podcasts, and to this day, we still podcast together, reviewing new films (on “Critically Acclaimed”), inventing fun double features (on “The Two-Shot”), and talking about short-lived TV shows (on “Canceled Too Soon”).

Through all this hustling (a tiring and necessary, but often enervating activity), we have become a known voice in the local film critic community, and constantly seek new projects and ways to continue and, it is hoped, advance the conversation about cinema in an ever-tangling media landscape.

Has it been a smooth road?
No path is straight, and no journey is without setbacks. Film critics have faced enormous challenges as the media landscape had changed – nay, mutated – over the course of the last 10 or 15 years. Thanks to malfeasance by certain social media platforms that shall remain nameless, many websites elected to “pivot to video” (a phrase that sends shivers of the spine of all online journalists), and laid off a good deal of their writing staff, both longtime hires and freelancers. When it was revealed that the numbers inspiring the Pivot were faked, many businesses were already lined up for a new operating ethos, and film criticism as a profession was dealt a bitter blow. As someone who was already struggling upward, this was a massive hobbling. What could once serve as something of a decent living, or at least a good way to supplement an income suddenly became a battle or an empty platter. Meanwhile, critics struggled to keep up with new releases and keep their voice active in the community. Facing this existentialist crisis was a huge blow to just about everything.

So, as you know, we’re impressed with Critically Acclaimed Network – tell our readers more, for example what you’re most proud of and what sets you apart from others.
The Critically Acclaimed Network is a podcasting network hosted by myself and William Bibbiani. We’re known for our outre tastes and insistent adherence to cinema as an important art form. We discuss the politics of cinema, the details of long-running blockbuster series, horror oddities, oblique and slow-moving international films, and anything else in between. Additionally, we talk about short-lived TV with an anthropologist’s’ eyes, exploring the texture of pop culture from the forgotten oddities it left behind. After all, as our theme song dictates, the history of television is a history of failure. Failure, after all, is far more interesting than success.

Let’s touch on your thoughts about our city – what do you like the most and least?
There’s nothing you cannot find. The cuisine, the art, and the culture mark L.A. as much as any major metropolitan area.

The pizza, however, is not good.