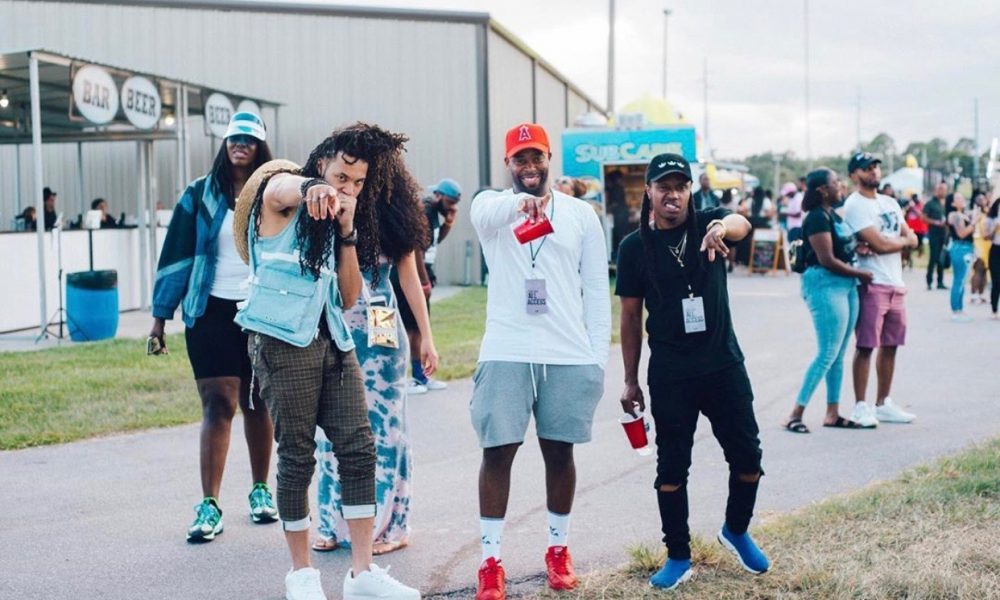 Today we’d like to introduce you to William Hoggard.

So, before we jump into specific questions, why don’t you give us some details about you and your story.
I grew up in the church singing in the choir with my mom and getting my hands on any kind of instrument I could find from playing the keys for church to playing the drums to playing my dad’s bass guitar. As I was playing his bass he ended up getting me my own acoustic guitar. I started playing that and got into alternative music at the time and older soul records my family listened to and gospel records my mom would listen to. I learned and taught myself how to play guitar and once I got to my alma mater UNC-Chapel Hill I would play a lot in an area we call the Pit where everyone would gather. I ended up meeting a lot of cool people and basically, they knew me as the kid with the straw hat and guitar around campus.

A lot of that time helped me learn what type of artist I wanted to be. I learned production from my teacher Pierce Freelon and Apple Juice Kid. I learned to produce my own records and ended up signing my first management deal that led me on my first tour in college. From there, I kept working and after I graduated, I ended up moving to Charlotte, NC where I met my current management and dropped my first EP called Romance Dawn. My team has been like my family ever since. We played all kinds of stages from South by Southwest to A3C and had a lot of opportunities that helped push us along the way. One of the bigger opportunities was the Revolt music conference. There they had a competition called Be Heard with big name judges on the panel; including the production group called Da Internz, the Dream, and the late Andre Harrell. I ended up winning and that opened more doors for me within the industry. Following that they flew me out to play on their South by Southwest stage alongside some great artists like Rico Nasty and DaniLeigh. Revolt TV featured me with my own live set on their Revolt TV Network which ultimately led to me signing my first record deal with the label Colors Worldwide; they put on big shows like the R&B Only concerts, festivals, and now drive in events.

After I signed my record deal, I went on tour for a year throughout the country and played dozens of different cities and built a crazy fanbase. I graced the stage with Kiana Lede, YK Osiris, Queen Naija, and the legendary Ashanti. We ended up having a 2020 New Year show at the Wiltern in LA and I felt like it was the right time to make the next big step and after playing the show decided to stay and I’ve been here since. We’ve been dropping records and recently shot a couple of music videos. I’m really blessed and excited to see what happens next.

Great, so let’s dig a little deeper into the story – has it been an easy path overall and if not, what were the challenges you’ve had to overcome?
It’s definitely been interesting, coming from Bertie County North Carolina and kind of feeling like the black sheep who listened to different types of music as everyone and played rock guitar. I think it was a surprise to a lot of people how much the Most High has blessed my life in terms of my career. Not everyone thought it was the most intelligent thing, especially because I was a straight A student in school and at the top of my class, and so to pursue a music career and do what I love versus following the flow of the system definitely took a lot of getting used to for some. I’m grateful to be where I am now and there’s a long way to go, I’m just really fortunate to have the people in my life that do give me support in all the ways that I need so that when struggles come (and they always do) it’s not a step back but its more like a breakthrough. Definitely moving to LA has been a big adjustment when you’re a country kid like me who grew up in a place where it takes an hour to go to the mall or go see a movie. Being in a city like this definitely takes a lot of getting used to. And if not for my loved ones, I don’t know where I would be. I just try and make sure that if I do anything career-wise, business-wise, relationship-wise, it’s rooted in love and in doing it this way there’s a lot less struggle. And Yah hasn’t failed me yet.

Can you give our readers some background on your music?
I’m a professional recording artist. Most people know me as Will Wildfire, first and foremost. I’m a singer, songwriter, guitarist, producer, engineer. I like to classify myself as an alternative R&B artist, but as of late I’ve been focusing more on the R&B side. Because of this, my influences go anywhere from Alice In Chains to Jimi Hendrix to Future to Paramore to Aaliyah. I’m known for playing electric guitar at my live shows and as I’ve mentioned before people recognize me from my straw hat. I guess I’m most proud of how far we’ve come even though there’s a lot left to get to. It’s easier to keep pushing forward when you know that everyday you’re not where you used to be. One of the cooler moments in my career was attending my first grammy party. It was thrown by H.E.R. and I got to see and meet a lot of people that I respect in the industry and grew up listening to.

Seeing Neyo sing and meeting Melanie Fiona was….if you would’ve told the 13 years old version of me that all of that was going to happen, then he would’ve lost it. So not to place anybody on too high of a pedestal, it was just reassurance that I’m on the right path career-wise. What sets me apart from other artists in my position is that most of them, if not all, aren’t playing their own instruments, producing their records all on their own, writing their songs on their own, mixing/mastering and going from start to finish without a whole lot of other hands in the pot when it comes to the songs. And humbly, not to get too big for my britches or to sound too ego-driven, the only other person that I can think of that was able to do it in that way was Prince. So I’m just really really excited to keep working and see where it takes me.

What moment in your career do you look back most fondly on?
The proudest moment of my career would probably be when I played my set for the R&B Only festival in Orlando, Florida with YK Osiris, Queen Naija, and Ashanti. When I got off stage and walked around with my team there were so many people that wanted to come up and chat and take pictures that there was literally a line for photos. I’ve probably had more impactful moments and “bigger” moments in my career but this one meant the most because it was a direct reflection of the love from the audience and that line was super long LOL. But yeah, it was just like wow, I have fans and there’s a lot of them and they care enough to come here for one but for two take time out of enjoying themselves and line up to take a picture with me, it was crazy. 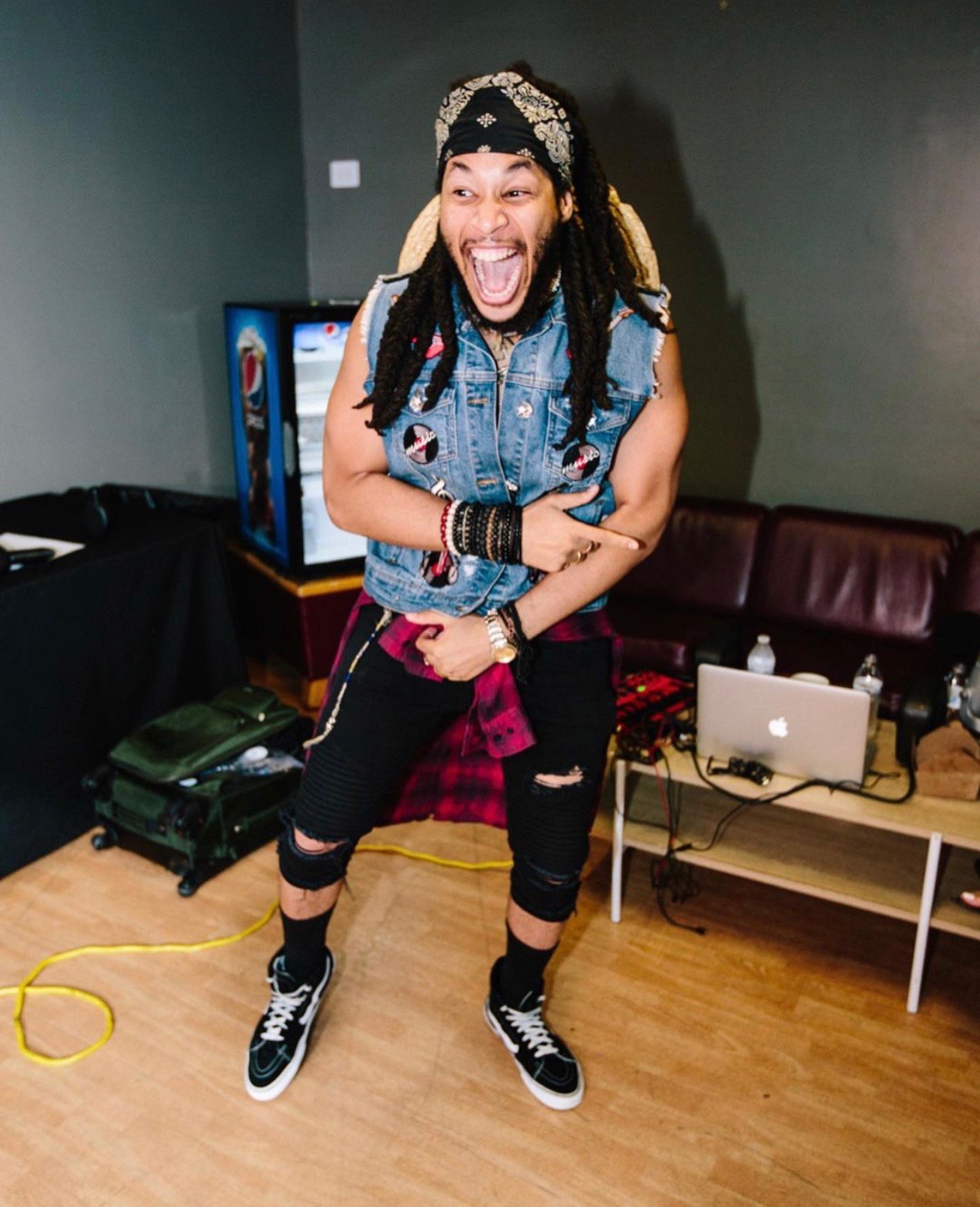