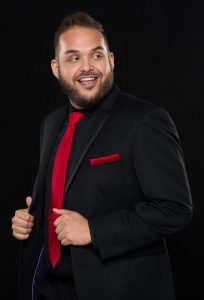 Today we’d like to introduce you to Will Ontiveros.

Will, can you briefly walk us through your story – how you started and how you got to where you are today.
I grew up in a very small farming town, infamously known as Roswell, New Mexico. Where the “first alien crash” happened. When I was growing up there, I was constantly surrounded by all things alien, farm animals and a population of 15 thousand. Everyone knew your business and was happy to talk about it. I was the typical bullied gay kid growing up and I think that is what really fueled me to want better things for myself. I always was a talker and often was known as the “class clown.” I thoroughly enjoyed the attention and would gravitate towards television stars because they were entertainers. I think that’s when I knew I wanted to be in entertainment.

I got my first taste of TV when my best friend was featured on a show “My super sweet 16” on MTV. I was her best friend growing up so I was able to be the “co-star” of her episode. Being in front of camera just felt right. After that experience, I focused all my attention to being in “the biz.” I moved to Los Angeles after meeting a now ex in New Mexico while he was shooting a short film there. A lot of small budget productions shoot in New Mexico because of how inexpensive it is to shoot there. He really was such an important to cross my path in life because he helped propel my move to Los Angeles which ultimately lead to bigger opportunities for me. Once I was in LA, I crashed his senior year in film school and essentially got a free grad school education through him. I learned a lot about what it really takes to work and run a set in all different departments. Our breakup actually helped me propel my career even further. I had gained a lot of weight during the relationship and eventually, our spark for each other dimmed and he ended up leaving me. I was really torn over this breakup and during I was a PA (production assistant) for a FOX show thankfully worked so many hours and on my breaks would cry. Haha Funny to think about that now. My neighbor just so happens to be a casting director and told me about a show called “Revenge Body” where essentially I would workout with Hollywood’s best trainers and have this amazing body after to seek revenge on someone who hurt me. I did want a nice body but I really just wanted to get my ex back. Drunkenly I applied for the show and the next day meet the producers. A few weeks later I was booked on the show and went through three months of intense working out and diet changes. It was the most intensely rewarding experience I have ever gone through in my life. I meet life long friends including my trainer Gunnar Peterson who I now see often years after the show and we actually developed a show together. I also meet my current boyfriend who actually was with my ex after we broke up. Very crazy story. But this leads me to be apart of entertainment again. I was on a very popular show meet amazing people and really validated I am supposed to be in this business. Also during this time, I met someone who hired me to be an associate producer for Kylie Jenner’s spin-off show “life of Kylie.” That particular experience taught me the most about this business and really made me even more hungry. I could see success for myself and was willing to work for it. Just as soon as you think you have it made life humbles you. After working on “life of Kylie” I was looking for more work and had a few small hits but really wasn’t landing anything as big as my previous jobs. This lasted about eight months and I went through a pretty bad depression. Resulting in me gaining about half of the weight I worked so hard to get off. There was a moment during this period where I really gave up pursuing entertainment altogether. Very cliche but at my worst, it was a make or break moment and fortunately, I mustered all the energy I had a started to rebuild my life. It started in the gym because I had been here before and knew that I need to get my body and mind together because I could pick up and of the other pieces. I contacted my best friend to help me with finding a job and I am happy to say I am now 25 pounds down (always a work in progress) and am an employee at CAA (creative artists agency) working towards being a possible agent. My dream job would ideally be what Andy Cohen does, produce and be a personality as my heart wants both things. Andy if you ever read this know you are the BIGGEST inspiration to me and I would love to spend even 10 minutes in your world. I have always wanted to be apart of the entertainment business and even though sometimes I felt I didn’t belong I held on to that dream and I feel validated I am supposed to be here. The biggest lesson about this business is people. People are first always and it really is who you know and how well you maintain relationships.

Great, so let’s dig a little deeper into the story – has it been an easy path overall and if not, what were the challenges you’ve had to overcome?
Should have known there would be a part about this. In the previous section, I went into my struggles. Hoping that the previous section will work! To add though I think the greatest struggle was within myself. My lack of confidence in myself that I was worthy and valuable.

Alright – so let’s talk business. Tell us about Will Ontiveros – what should we know?
I currently am at CAA (creative artists agency) I previously was known for being a non-scripted producer so in a way I am starting all over being at an agency. Right now I am working towards potentially becoming an agent for non-scripted television but it is very possible I could be back out in the field as a producer or in front of camera again. Right now I am soaking up all that I can while at this iconic agency. CAA reps some the most talented and A list talent from producers, to production companies, movie stars, artists, you name it we have them here. I believe my story and struggles set me apart from most. My drive to become the best version of myself. I also believe that sets me apart. I don’t even want to get too comfortable.

Is there a characteristic or quality that you feel is essential to success?
My drive, my resilience, my kindness, and above all my personality. I really believe in always having a fun attitude. THIS IS ENTERTAINMENT. 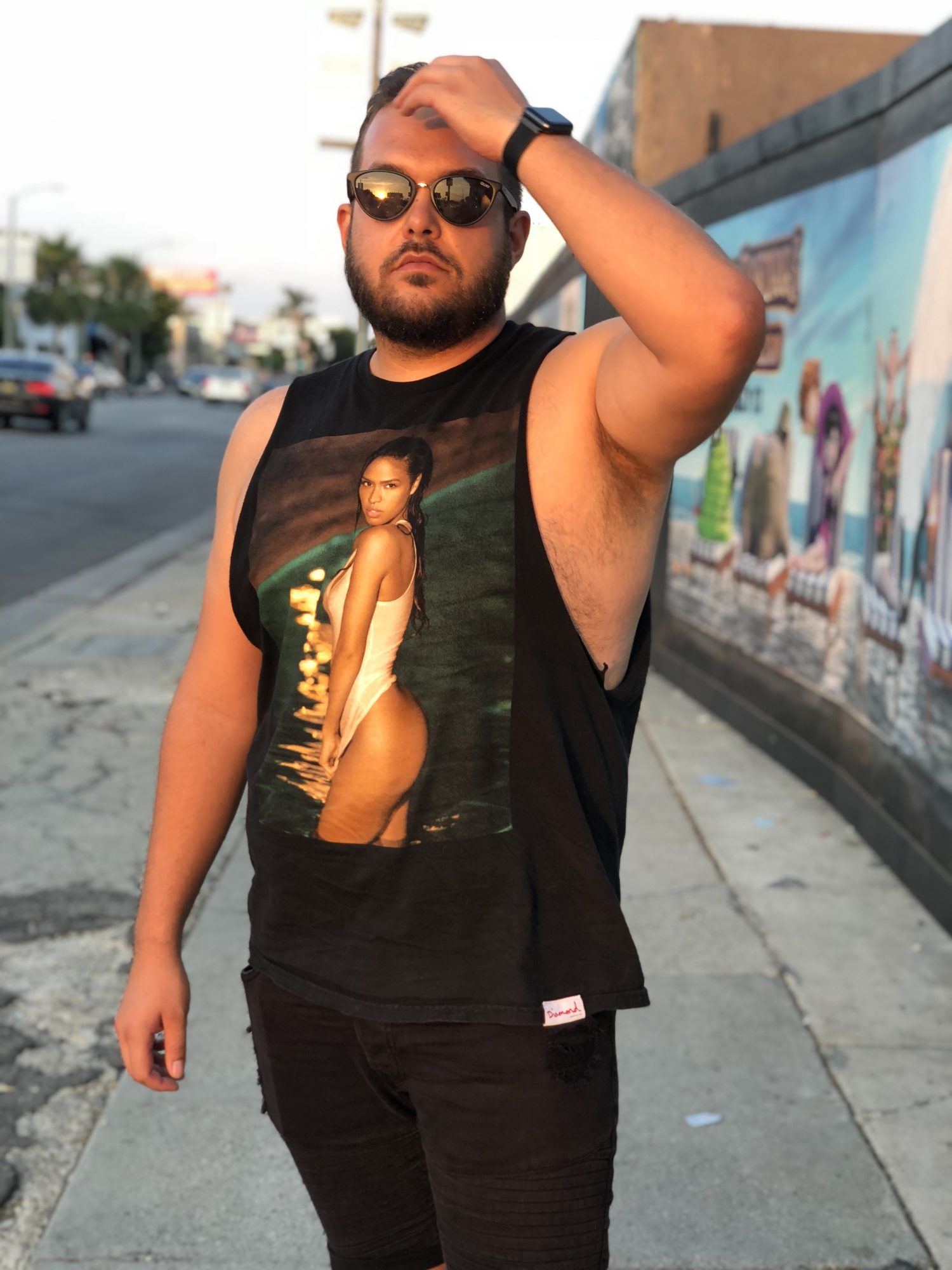 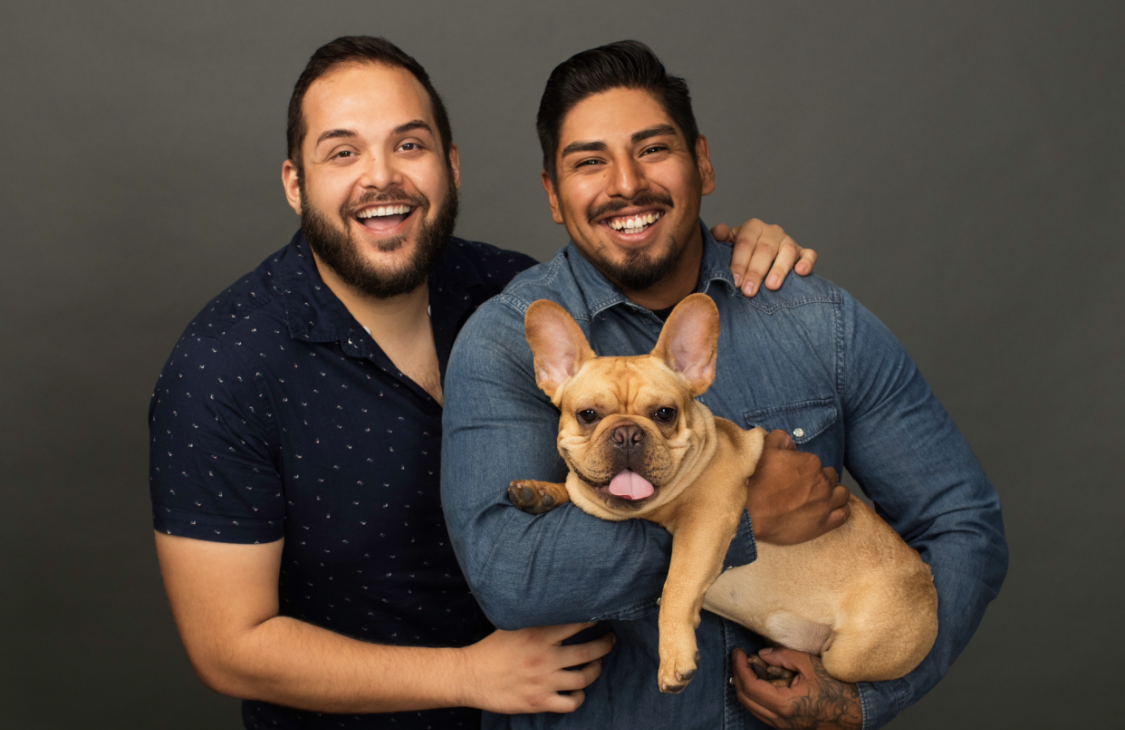 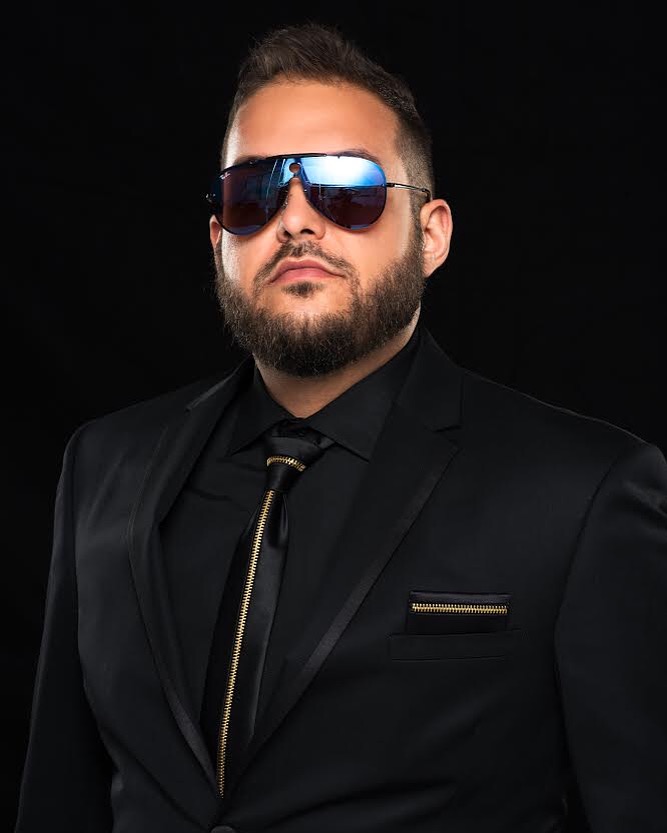 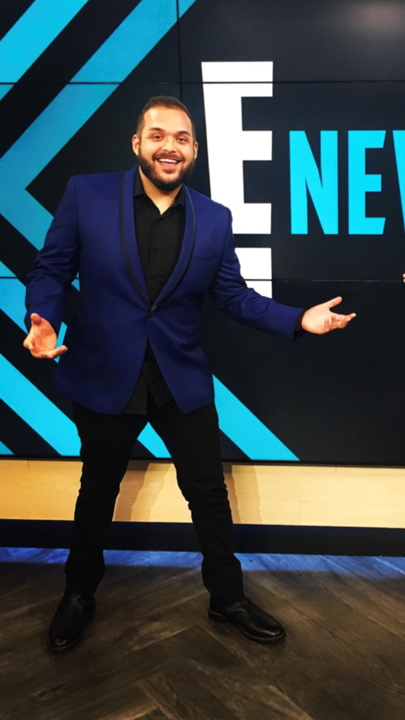 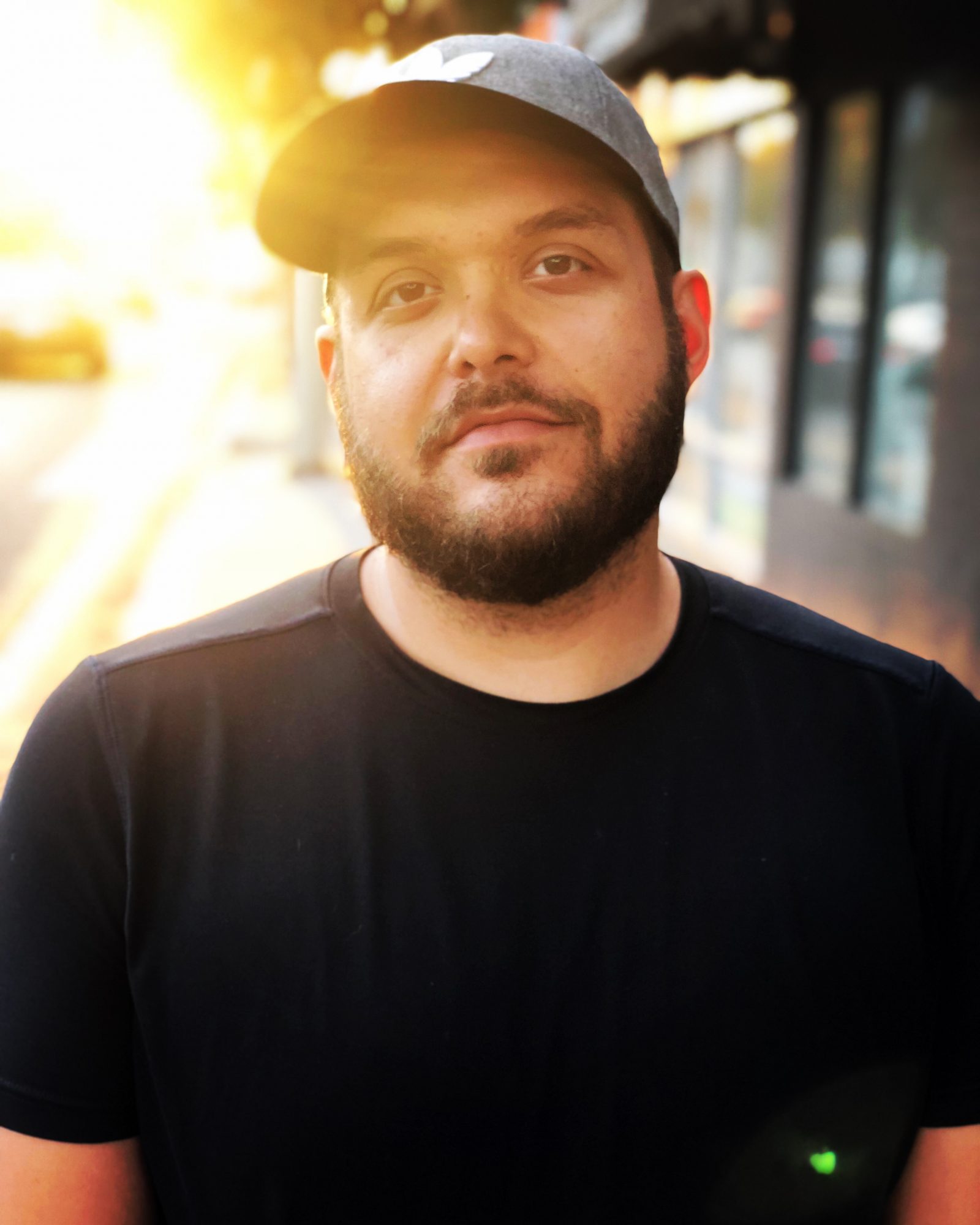 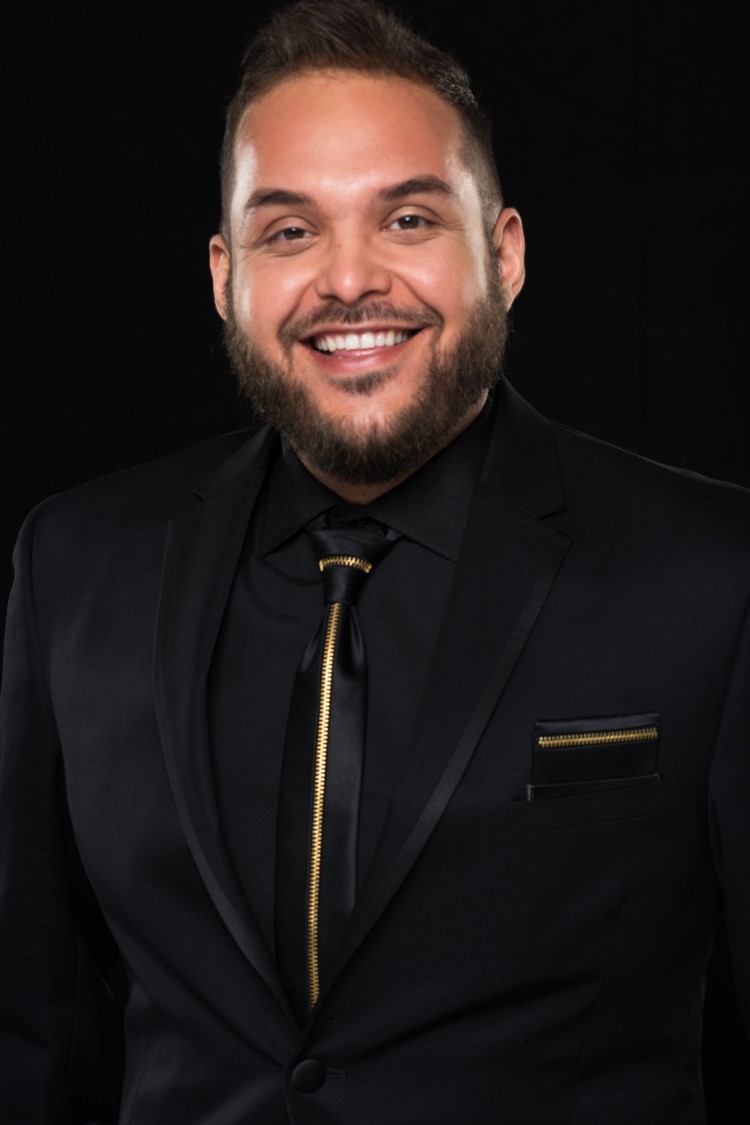