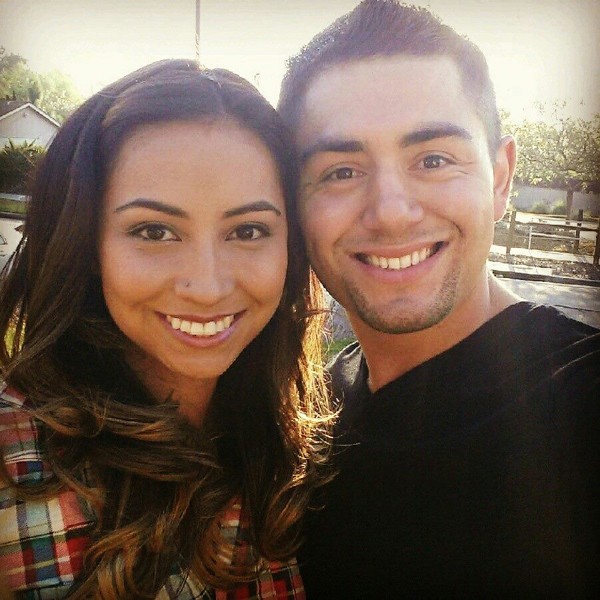 Today we’d like to introduce you to Jesse Mercado.  Below you’ll find edited excerpts of our interview with Jesse.

Can you briefly walk us through your story – how you started and how you got to where you are today.

Began CrossFit myself back in late summer of 2012. After my first workout, I was immediately hooked and wanted more. Started competing and placing at competitions. I was a High school Wrestling Coach and Football coach at that time in Cerritos High School. I was also going to Cerritos College studying “Fitness Specialist in Kinesiology”. After a year into a CrossFit, I decided that owning and coaching my own CrossFit gym is what I wanted to pursue as my career. I began by teaching the movements to the sport’s teams on campus where I already coached. I saw great improvements in everyone’s athletic performance so I know what I was teaching was working. Not too long after doing this at the high school my family decided to let me train them through a couple sessions at home, they loved it and wanted me to pursue my goal by helping me open up my own business. After almost a year of searching, I found a small location in the city of Whittier CA where I eventually ended opening my own gym, CrossFit BAM (Beyond All Measure). It was very scary at first being on my own like that but it didn’t take too long for people to walk in my door. The environment I wanted to bring to people was a Home away from Home, their own sanctuary where they could forget about the negativity outside of the gym. At first, everyone was a stranger to one another but over time they all began to know, accept and love one another like family. Over my first year in 2015 being a “Box Owner”, I’ve come to meet and know all types of people who later I was able to call my #BAMily. Once my lease ended at that place I found a new, bigger location not too far down the street which is now where our #BAMily calls HOME. Opening up my own gym is honestly the best decision I’ve ever in my life so far, I have no regrets and I’m very excited to see what the future holds in store for us.

No, it was definitely not a smooth road. In the beginning, I didn’t know what hours to set throughout the day so I just stayed in my gym every day 6:30am-8:30pm for 2 weeks. It wasn’t until after that I started having people walk in my doors asking about times and prices. Not having anyone walk in for 2 whole weeks after opening had me really startled. I didn’t let that get to me though because I knew at some point that it would pay off being there all day. At one point after being open for roughly 2 months I had over 80+ members which was a little intimidating since they were all new to CrossFit so I had to make sure everyone had an equal amount of attention when performing movements. I was averaging 15 people per class and a couple of the evening classes even had 20+ people at the same time, I was a little stressed you could say but I always managed. In my first year of being open I experienced something that caught me off guard. Those 80+ members I had in the beginning suddenly dropped down to 40 people! Over half of my members suddenly disappeared once April came.

The majority of them had told me that they had financial issues due to taxes, others said they had personal issues that came up and others just vanished without a trace. I was in shock because it happened so suddenly. I had some “Clicks” form in my gym which at first wasn’t bad since they were getting along so well but over time it became a problem. They always showed up together and would leave together which wasn’t an issue, but they wouldn’t want to talk anyone outside of their group. I was very much all about being family oriented and that anyone that walked in our doors should feel welcomed and greeted. However, whenever this group was in the gym hardly any of them made the effort to greet any new people which was not ok with me. As time went on the group broke up since a few of them left us for another CrossFit gym. At first, I was a little hurt since I had never experienced people leaving my gym for another but it was a blessing in disguised because the “click” that didn’t seem to get along with others was gone. The one’s who stayed behind eventually were the ones who ended up getting along with everyone and formed a family oriented community with all the other members. The final obstacle I still face even to this day is making time for my family or girlfriend to go on vacations whenever they go. Luckily one of my newer members is a certified coach and has helped me out recently. Without his help, I wouldn’t have had to chance to watch both my little sister’s graduate from High School and Elementary or even make time to spend the night with my girlfriend for her birthday. Mark Gomez has been a blessing to my life and now runs our Olympic Lifting classes on Thursday nights 7pm-8pm.

My future plans are to eventually open up a giant fitness facility at an affordable cost to people who really want to learn how to train/workout correctly in Power Lifting, Olympic Lifting, Strongman, Spartan Training & CrossFit. That would be my long term goal. Right now my next goal is to expand my current space to something slightly larger since I’m currently running out of space. No big changes for us yet.

As far as hard times goes, the only thing I can think of was being able to go on vacation(s) or even a daycation. I missed out on a lot of family events or trips and I wasn’t able to spend any alone time with my girlfriend. I really wanted to be there whenever I was invited to go out with friends or family but I couldn’t during 2015. Now with my other coach being here, Mark Gomez, I’m able to ask for the night off or day off. Still, can’t take more than a day off however since he recently became a father and his attention is needed by his family right now.

When it comes to the whole “wow I made it” thing I guess I could say that it happened just recently. My members are continuing to grow at a quick rate. My current members are constantly giving me praise for all the hard work I put into the programming and the time I invest in each of them to make sure they’re achieving their goals. Each of them is always trying to bring in family or friends to come try out our gym. In 2015 I hardly ever got that from anyone but there seems to be a good vibe going on here and I plan to keep it that way. Whatever I’m doing seems to be working out right, all my members seem really happy and excited every time they walk in my doors. I love seeing their smiles and energy rise when they’re here, it makes everything I do so much more worth it. My business is thriving not just financially but physically & emotionally too, I can see it through each member of my “BAMily”. The connections and friendships everyone here is forming with each other is unlike anything I’ve witnessed since I opened my doors over a year ago. I know I made the right choice opening CrossFit BAM.