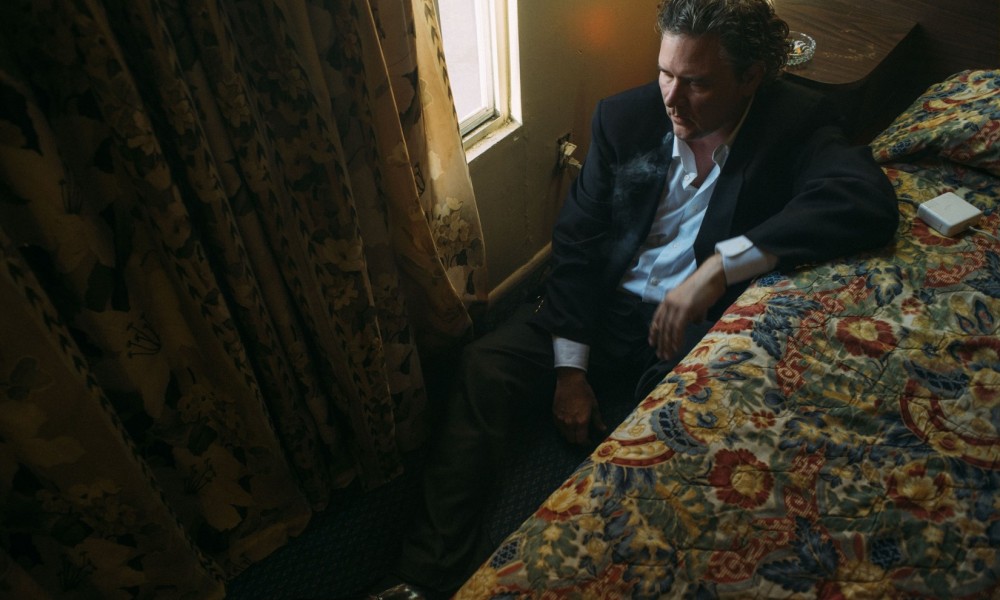 Today we’d like to introduce you to Bruce Cooper.

Bruce, please share your story with us. How did you get to where you are today?
I have always been a solitary individual, partly by design, mostly by upbringing. My mother felt strongly that there should be no television in the house; the effect of television on the development of the family unit was the subject of her master’s thesis in education. The first contact with images and image making came to me by a slide projector and artworks slide series offered by the Museum of Modern Art, and the first films I saw were Flash Gordon serials at the Saturday morning matinee. In many respects, my childhood developed within the late forties to early Fifties structure that put me at odds with the time period. School was a disaster. I dressed differently, acted differently and decided as soon as the after-school beatings began that I was going to become a ghost, embrace the solitary realm of the arts. Photography became a way to cope with growing up, a way to document the world I was seeing around me.

A little later, I discovered films and filmmaking, and the quaint childhood notions that came from watching Tarzan, the Lone Ranger and Flash Gordon were transformed as well.

When I was at Northwestern, I started taking classes in the Art Department. It was Ed Paschke who took me aside one afternoon and gruffly said, “Here, lemme show you something.” He set up a big, industrial Beta tape machine, hooked it to a TV and pointed to a chair. I took a seat. He fired up the machine and I watched the juddering lines form into images of sheep on a hillside. A voice started to speak. I realized it was a commercial for British television. It was one of Tony Scott’s first commercials. I sat and watched commercials by both Ridley and Tony Scott, whom Ed Paschke admired so much. Then he turned off the TV. “Look,” he said, “You need to think about a career. You need to think like these guys did. They took their art school background and did something with it.”

A light went off. I applied to the American Film Institute and moved to Los Angeles. When a colleague needed photographs of the company he worked with as a sound designer, he asked me if I could take some photographs. I could and I did. That was my first paid job as a commercial photographer. I have worked with all kinds of individuals on all kinds of levels. I am drawn to people when they are starting out when they are taking their first steps. That is what appeals to the loner kid in me: making friends with people whom I would never meet otherwise and challenging myself in the process take my story from my first foray into the arts through today.

Has it been a smooth road?
The road still rolls. Every day the road takes me somewhere old, new, rough and smooth. My struggle within my work is also my struggle within me: to bring the interior to the surface and to be as respectful and truthful about the process of revelation as possible.

I definitely struggled to pay the bills, being here in Los Angeles. Photographers are everywhere. My plan was to take my photography and do something differently with it; not necessarily in the technique, but in the creation of the image.

What role has luck had in your life and career?
Choice matters more to me than luck; my life choices lead directly or indirectly towards both personal and professional results. Often my goal is simply to make a choice when in reality I would rather make no choice at all. A case in point would be choosing to take a photograph and post it on Instagram. Initially, I held no opinion whatsoever about using Instagram, but I quickly discovered that the diversity of content often surprised me and challenged me creatively, so I started to use Instagram to follow the talented but often obscure – in many cases, there is no biographical detail offered – artists generating content.

When I moved to Los Angeles, I believed that the choice was the right one for me. This was done in opposition to the wishes of my parents, but the goal of living and working in Los Angeles decided for me: I was drawn here as it is one of the major production hubs in the world, and I wanted to continue my studies in the arts.

Choice, not luck, defined my decision of direction. So, ultimately, I feel luck may be a construct that makes sense of our choices; whether or not luck or a higher power guides us to make decisions is less important to me than understanding my choices.

Often I will say to myself, “I don’t know why I am doing this, but I am doing it.”

Is there a characteristic or quality that you feel is essential to success?
Clarity of intention, thought and purpose is most important to me; and clarity remains what is most often remarked upon as my chief virtue amongst those with whom I work.

I am also known for asking questions, but the good questions, the hard questions we have to ask ourselves after a long night of reflection or after a short twenty minute “getting to know you” session with an artist. You have to quickly grasp what is present, and what may be underneath the surface of an individual’s personality to have a direction in mind for the imagery.

What do you love about our city and what do you dislike?
What I like best about Los Angeles is captured best by standing on Second and Mott in East Los Angeles at sunset: the light will glow over bungalows and two-story houses, and the phone and power lines will recede into the acid bright orange sky, and for fifteen pure minutes, there will be both the city as it exists now and the city as it existed a hundred years ago. Simply put, I like the magic our city puts out on a regular basis; the grand light show of the sunset each day; its creative bustle, its lack of defined boundaries; its emphasis on freedom and individual opportunity for all.

On the other hand, pollution, traffic, the general ugliness of the city architecture, its bland, formless style hovering between Southwestern Santa Fe Adobe and Modernistic Retread (i.e. Office and Industrial Park) do not make me happy. It is hard for me to embrace the downtown sprawl, too. But my ambitions are from an earlier era. I suspect that is the culprit.

The mini mall design is awful to me as well.

I like looking at places where there is some care beyond the basic norms.

I feel architecturally Los Angeles is a disappointing puzzle.