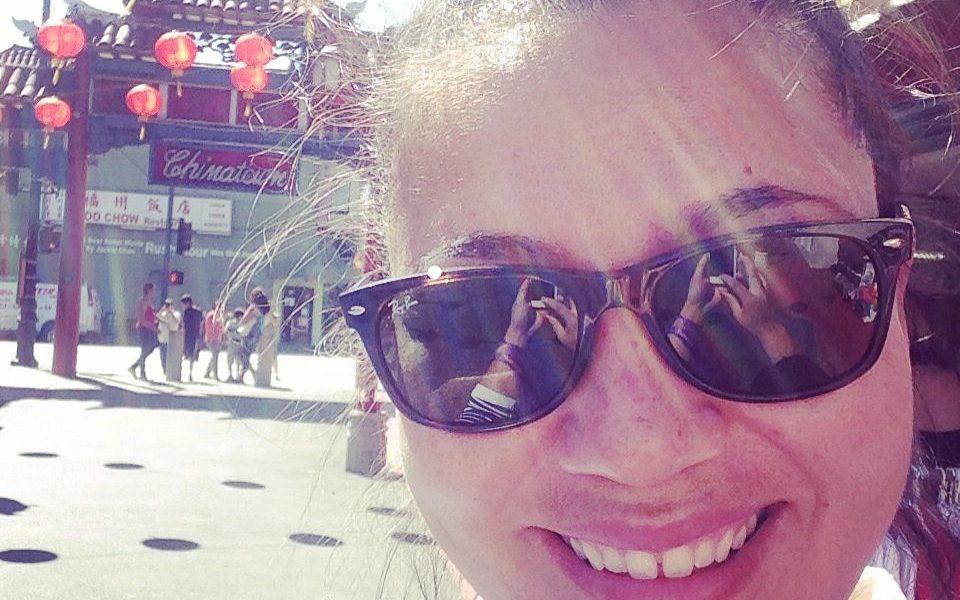 Today we’d like to introduce you to Tina Yap.

Tina, please share your story with us. How did you get to where you are today?
I’m not so sure when creative things became important to me (I have loved them as long as I can remember), but I do know WHY I feel the need to pursue them. Born and raised on the island of Oahu, Hawaii, I was taught that taking care of one’s elderly is a tradition. As a middle school kid, it was my job to come home immediately after classes to care for my Grandma, or Popo, as we called her. She had Parkinson’s disease and was bedridden and required lots of care. I’d read to her or sing to her, but what she really liked were my drawings. Each time I’d make one for her it was as if she received a precious gem. She smiled and her eyes danced in a way we so rarely saw in that stage of her illness. I savored the way her face would light up as she examined each work. I believe these moments with my Popo sparked a true understanding of the power of art and expression and created the need to bring happiness through them.

Fast forward eight years and I’m off to the University of Washington in Seattle. My major was art with a minor in art history. I intended on trying out for the prestigious industrial design program, but the lead professor went on leave shortly after I began school, ending the application process for an indefinite amount of time. I was forced to reevaluate what I wanted to do. I took ceramics and became a generic interdisciplinary visual arts major. I learned a little of this and a little of that and made the rookie mistake of doing more than one fine arts class at a time. In 2004, I had a family crisis which did not allow me to finish school. I went into the workforce to earn a living.

I began my career in the aviation industry at the Seattle-Tacoma airport working as a ramp agent, doing baggage and servicing aircraft. On breaks I had many of my co-workers sit for portraits, something the “average joe” does not receive in their lifetime. Again, I soaked in the happiness they radiated when receiving such items. I began accepting more requests for portraits and for Halloween costumes from co-workers, which I enjoyed doing.

As time went on, I met someone and became a mom in 2009, 2012, and 2013. I had, by this time transferred from Seattle to Los Angeles with my airline job in hopes of becoming an airline mechanic. I put art and music on the back burner and focused on motherhood and my new work position as a courier. I enjoyed drawing my children and recording their interactions. Even better, I loved the art they made for me. 🙂

I decided to put my portfolio online in 2013 for all to see using the website called Carbonmade.

Has it been a smooth road?
Not being able to finish my B.A. was tough. Finding time to paint while having three young children (ages seven, five and three) and working in the middle of the night is not always great, but overall life has been pretty good to me. I would eventually like to return to school to finish my last thirty credits.

Is there some part of you work that is particularly difficult?
The hardest part of my job is trying to balance my everyday work with family life and finding the time to really indulge in creative time. Working in the middle of the night and then coming home to three young kids (wide awake) who need constant attention is a difficult feat in itself. Sometimes I just want to sit down and play my guitar for five minutes and drink a cup of coffee, but it doesn’t always happen. I end up painting when the kids paint. I try to work my creative time into their creative time.

What are you striving for, what criteria or markers have you set as indicators of success?
I really do aim to please! It’s not about the money or the success, although they are enjoyable aspects of creating things. I just want people to be happy with my work. It’s addicting. It’s exhilarating. I tend to start a project and work on it and work on it until I throw it away or feel this inner “ding.” It tells me I’m done. It’s usually all or nothing with my work.

So, what should we be on the lookout for, what’s next in store for you?
In the future, I would like to finish school. I have 30 credits left to earn my B.A. I’d like to travel the world and see all the places in my history books. I’d like to sing in a band. I’d like to have my own studio behind my house and a designated time to paint or draw. Being a mom is my life now. I would love to be more involved in art at schools, in the classroom. Maybe a traveling art teacher of some sorts. That would be an amazing job.