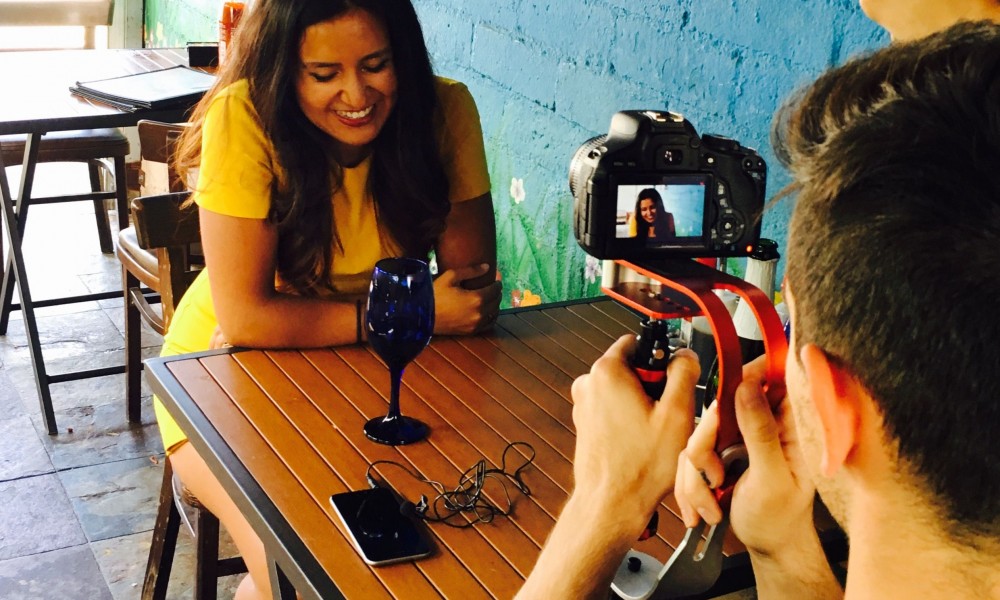 Today we’d like to introduce you to Genesse Carrillo.

Genesse, please share your story with us. How did you get to where you are today?
I’m so bad at anything to do with numbers; I can barely calculate the tip on a restaurant check. Writing, however, comes naturally. I studied English and Screenwriting at Loyola Marymount University in Los Angeles, CA and decided after graduating that I wanted to pursue a career in the entertainment industry (so original, I know). I spent the next year paying my dues as an actor’s assistant but found grocery lists and replacing batteries on smoke alarms a little redundant. I was tired of working jobs that I hated just to maintain my writing hobby. I had to change my mindset and take writing from a hobby to a career. Since then, I’ve worked as a freelance writer in both social media and entertainment.

Has it been a smooth road?
When I was folding laundry or cleaning cigarette butts out of trays at my old job, I would always think of an old proverb that says, “A smooth sea does not make a skilled sailor.” I had three or four really stressful internships before landing what I thought was my “dream job” as an assistant. I know firsthand that when you’re driving around LA picking up a particular salad for your boss, it’s hard to believe that your hard work will ever pay off. But it always does. One day you’ll be looking for a job and you’ll call that old boss and she’ll think of that salad and how you never forgot the dressing she liked and she could make the call that changes your life. Once I started working as a writer, I found that the challenges were more mature and in some ways more difficult. People aren’t always going to like your work, and that’s okay. If everyone likes what you’re doing, they’re lying to you.

What moment in your career do you look back most fondly on?
Less than a month ago, I wrapped principal photography on a web series I wrote and produced myself called “Twentyisms.” I was sick of ideas floating around, homeless, in my head before going to waste. I was also tired of trying to get noticed or forwarding incomplete scripts to friends and former colleagues hoping they would pass them along to the right person. Thanks to today’s accessible media and technology, you can create your own content and share it with virtually everyone. I wrote a 15-minute episode, forwarded it to everyone I knew who might be interested in having some creative input, and had amazing results. People believed enough in my project that they were willing to lend their talents and time without any contracts or compensation. It made me unbelievably proud that we were able to make something out of almost no resources. We borrowed cameras and fed the crew pizza and mimosas for two days straight. It was the most exhausting thing I’ve ever done, but it never felt like work.

Tell us more about the struggles you’ve faced along the way.
Lack of time is the bane of my existence. In order to support myself as a professional writer, I’ve had to pick up odd jobs like babysitting and assisting teachers at schools. It’s a personal struggle when I’m cleaning diapers and know that I should be editing or writing. I used to use lack of time as an excuse to not get writing done, but that just created more anxiety. As a writer, you have to resort to writing on napkins or emailing ideas to yourself while you’re out at “da club” because time is always against you.

What’s your outlook for the industry in our city?
Los Angeles is absolutely the best place to start a writing career if you are willing to work for free for a bit. There’s an abundance of people who are willing to introduce you to the industry, just ask! LA is also buzzing with young creatives, which makes for a really exciting and progressive environment full of like-minded individuals. It also means that there are a lot of people competing for a limited supply of paid writing jobs. You just have to keep believing in yourself and the worth of the work you’re doing. If you are just starting out, know your worth and be confident in making requests. There are a lot of work veterans looking for young people to share their knowledge with so encourage conversation and don’t be afraid to ask stupid questions.