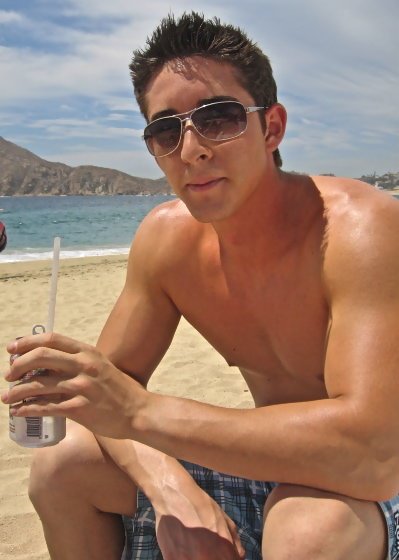 Today we’d like to introduce you to Darren Misaresh.

Darren Misaresh is an LA native with a passion for business. In his years as an entrepreneur he has founded and grown 3 companies: Mansion Fitness, The Phoenix Effect and Fundamental Health Center – an exclusive private gym in West Hollywood, a group fitness facility and a mental health school, respectively.

Misaresh feels that understanding people, what motivates them and knowing how to create meaningful positions within companies is the cornerstone of success. He attributes much of his success to the support of his fiancé, Kelly and well as his teams within each company and their dedication. The successful concept development, construction and operation of Mansion Fitness in West Hollywood, California was Darren’s first brick and mortar business. Prior to Mansion’s opening he was a Project Manager for Hello inside Design, which involved renovations of homes and commercial spaces from concept to completion. In the design of Mansion Fitness, many design elements such as the three 7ft Swarovski chandeliers and fireplace are not elements common to a gym and they echo his passion as a designer. Prior to founding Mansion Fitness, Misaresh pursued an education and he received his B.A. from Loyola Marymount University in 2009 graduating Magna Cum Laude. During his time at LMU he founded the LMU Finance Society and was inducted into the International Business Honor Society, Beta Gamma Sigma and is recognized as one of the top 10% of business students worldwide.

It was a long-term goal of Misaresh to get his MBA and in 2010 he returned to LMU to pursue a MBA and graduated in 2012. Misaresh has always been a goal oriented, self-driven and charismatic individual which has helped him succeed in business. Following Mansion Fitness, Misaresh founded The Phoenix Effect, a group training, class based gym in West Hollywood. Phoenix Effect was recently named one of the top 20 workouts in the country by Men’s Journal.

Misaresh’s most recent endeavor was founding Fundamental Health Center, a mental health school in Century City, with his two business partners, Dr. Woyewodzic and Dr. Bierman, two of the most highly respected doctors in the Los Angeles Psychiatric community. Darren believes that a healthy individual must not simply focus on the mind or the body, but both the mind AND the body. At Fundamental Health Center, participants learn life skills that provide a strong backbone for a truly mindful and fulfilled life.

Has it been a smooth road?
The road to success is never an easy road to follow. I have made great sacrifices and taken risks along the way that forged the path to where I am now.

What are your plans for the future?
On the personal side: The biggest highlight of this past year was getting engaged to my partner Kelly last year while traveling on a trip Europe. We are very excited to plan our wedding as we take the next step in life together. He has truly been the best partner anyone could ever ask for and I’m very excited to get married. On the career side, I am eager and excited to continue to grow my businesses. Just a few months ago I significantly expanded the sqfootage at the Mansion Fitness gym in West Hollywood and I am excited as we continue to grow. I am also excited as we grow Fundamental Health Center in Century City, which is a mental health and wellness center. Mental health is often something overlooked by people unless they find themselves in a state of crisis however, mental health is truly at the core of overall wellbeing. In our workshops we teach the values and skills that allow people to be their best self – I feel everyone should strive for this yet sometimes they simply lack the tools to do so and that is where FHC comes in. In the future, the vision is to continue to change the way people perceive mental health care. It’s not simply for those that struggle; it can enrich everyone’s life.

Let’s dig a little deeper into your story.  What was the hardest time you’ve had?
To the few people I have shared my story with the reaction has always been one of surprise and sometimes disbelief that I am who I am today despite incredibly difficult odds stacked against me. I never had an easy life growing up as at an early age I was diagnosed with a rare syndrome that left me very ill for weeks on end, several times a year. Due to my illness I was home schooled and during the periods I felt well, I would get caught up with my studies so I would not fall behind. Perhaps the most challenging part of my life however was not my illness, but the realization that I was different. I grew up as a Baptist Christian and from an early age I knew that I was gay. For anyone that knows the Baptist Christian belief system, being a gay man isn’t acceptable on any level. For many years of my life I lived with a secret and the understanding that one day I would have to face the undeniable fact of who I was which meant being proud of being a person that the church, my parents and friends all were programmed to fear and hate. I can still hear the ringing in my ears of my family telling me “it’s a choice” and watching my mother in agony over the fact that she truly believed I would burn in hell for my sins. To this day, there remains a fracture in the relationship with my family that I have accepted may never heal. My parents were right, it is a choice, a choice to live a life feeling like a tainted, ashamed soul or to live a life where I was at peace with myself and embrace life – I chose the latter.

Do you ever just stop and think WOW – I’ve made it?
I would say that I haven’t experienced that yet. I would expand by saying that success is like hitting a moving target and can only followed and observed as a path rather than a destination. Each day I strive to do my best work and to help to influence those around me to grow as I do – and hope they can learn from my many mistakes. I do feel as I approach my 30th birthday next month that I am proud of who I am and I look to the future with anticipation and excitement. My story while unique, shares many similarities to what other people have faced growing up and I feel as more people tell their stories the path becomes less turbulent for future generations just as my path was far easier for me than for those in previous generations – I am truly blessed for that.

What are some of the highlights we should share with our readers?

We have been featured on many various shows over the years and worked with a variety of celebrities. Some of the shows we have been on are – Vanderpump Rules, Shahs of Sunset, Basketball Wives, The Doctors, 20/20, ABC 7 Morning Show, CBS Local, Kcal 9 and are currently the home gym for a new show with Chole Kardashian. Some of the celebrities that train at Mansion Fitness are Selma Blair, Jane Lynch, Adam Lambert, Michael B. Jordan, Greg Louganis (The Phoenix Effect). We also trained the past 3 Bachelor and Bachelorette’s from ABC’s The Bachelor and ABC’s The Bachelorette.