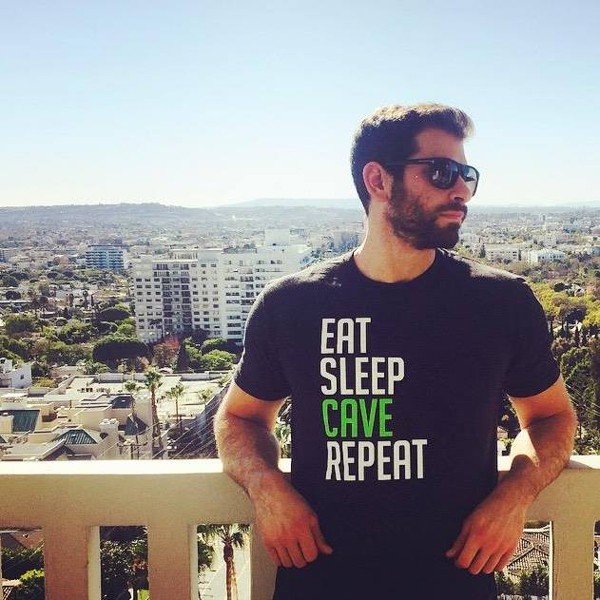 Today we’d like to introduce you to Brian Jaffe.  Below you’ll find edited excerpts of our interview with Brian Jaffe.

Brian, please share your story with us.  How did you get to where you are today?

Out of college, I began working at William Morris Agency and began working at a desk for a Motion Picture Literature Agent. My days were long (7/8am to 8pm) and aside from really hating the job, I became extremely out of shape.

I decided to make a change in my professional and personal life first following P90X religiously at home and finding a new job. I moved to CBS Films where I was a Creative Assistant with the path of one day becoming a Producer. However, as I began transforming physically, I started to really become passionate about health and fitness and found out about CrossFit from a friend. I was hooked after my first workout and signed up immediately. My days at work were split between reading scripts and reading about CrossFit and Paleo.

After about a year into CrossFit and this new job, I became very disillusioned with the Entertainment industry but also felt I wasn’t living my purpose. I subsequently began finding out about key books in the business/entrepreneur/success genre and consumed everything I could (E-myth, Good to Great, The Slight Edge, The Go Giver, as well as anything and everything by Tony Robins). This completely transformed my mindset about what was possible and I began to have the confidence that a more fulfilling life was out there for me. I met a fellow Cross Fitter who also was miserable in his day to day and we decided to embark on opening our own gym. We started by getting certified in CrossFit and then bought 5000lbs of equipment that we kept in his apartment as we had nowhere to train anyone. After exploring all options, we finally found a garage for rent off of Craigslist and convinced the owner to let us set up a gym for our friends and family.

Through “donations” and our initial circles we built the small gym in West Hollywood to 25 people while working our day jobs. We finally had to make a decision as the city of West Hollywood received noise complaints from neighbors and were going to force us to leave. We searched for the perfect space and decided to make the leap to the current space on Beverly Blvd. Even though we did not have enough money to cover the rent, we had 2 months to obtain enough memberships to cover the rent and we did! One year ago, my business partner and I decided it was time to part ways and I bought out his share in the business and have been running it solo with a great team of coaches. August, marks 5 years since the small garage and the gym is doing better than it ever has. I recently have transitioned away from some of the day to day of the gym so I can focus on a new endeavor that I was recently brought on as Head of Operations at FORM Lifting, a fitness-tech start-up that recently got fully funded on Kickstarter. I’m now living my purpose as an entrepreneur, business owner, and health and fitness enthusiast!

There is no such thing as a smooth road. There have been constant obstacles at every turn but I look at them as problems to be solved. There is ALWAYS a solution, it’s just a matter of it being the one that you want! Where to start!

1. Having no place to train our initial clients: I remember one day sitting in a park with my head in my hands because we could not find a space to train people back in the garage days. I vowed that I would remember that day in the future once we had a space and to this day that sticks in my head as the way to approach all road blocks. Just keep going and the answer will present itself.

2. Working long hours and being BROKE: I’m talking almost dead broke, majorly in debt, and living pay check to pay check if I payed myself at all. The business started to decline in the second year due to poor financial decisions and things got tough. I explored selling the business but decided that I knew there was a way to make it work.

3. Separating from a business partner: After 3 years of partnership, it was time to part ways. We were no longer on the same page and the business was suffering for it. I could have gotten out too but knew I would regret it if I didn’t at least see what it was like to run it by myself. I bought a sinking ship but had faith that I could turn it back around and so far it’s the best decision I’ve made. It’s lead to a wealth of opportunities and is more fulfilling than ever.

It’s been one year since I took over the gym on my own. I want to maximize this location and continue to have it run on all cylinders and hire a gym manager to start running the day-to-day of the business. I want to empower a young and hungry individual and give them the same opportunity I created years ago. I also recently became Head of Operations for FORM Lifting, a tech start-up that has created a smart device that can track all of the metrics of barbell lifts. We were fully funded on Kickstarter in February and are officially launching at the 2016 CrossFit Games in July. I’m looking forward to helping foster a successful launch and produce scalable growth for the company in the months and years to come while growing the gym. I would love to venture into other entrepreneurial ventures should the opportunity present itself. I’m always up for the next challenge!

The hardest time in my career occurred last year as I was preparing to take over a “failing business”. My business partner and I were no longer on the same page and we decided that it would be best for me to either buy him out and or both sell the gym. This decision had been brewing for quite some time as previous poor decision making coupled with lack of systems created the perfect storm for potential failure. However, I knew I needed to find a way to buy him out as I would regret it if I did not at least see if I could stand on my own two feet and bring the gym back to life.

During this time, I was living month to month financially, getting further into debt, and extremely stressed at the idea of taking over a sinking ship. I began to research everything I would need to do if the deal went through so that I could begin making positive and meaningful changes on day 1. And that’s exactly what I did. Through the help of my family and girlfriend, I was able to become sole owner, completely revamping the gym physically and systemically. I had to go even further into debt in order to keep it afloat during the first few months but as the New Year began and everything I created was in place, I began to see the my efforts pay off.  January is always a busy time in the Fitness industry, but I was ready for the influx creating momentum that has continued to build. A business is a fragile entity, just like any other relationship, and needs constant attention, focus, and effort. Therefore, I would never be comfortable saying or believing that I “made it”. I can acknowledge that after a year of taking it over, the gym is continuing to flourish and grow, doing the best financially and culturally than ever before. I have built an amazing team and culture that has allowed me to feel more than comfortable stepping away from the day-to-day in order to focus on growing the business and on my other entrepreneurial endeavors. We have a solid community of members and coaches that support each other, have fun, and have a place to call their home. This was my vision a year ago, and while it seemed very distant that it would come to fruition so soon, I knew that if I put my head down and did everything I could, I would give myself the opportunity to live my dream.