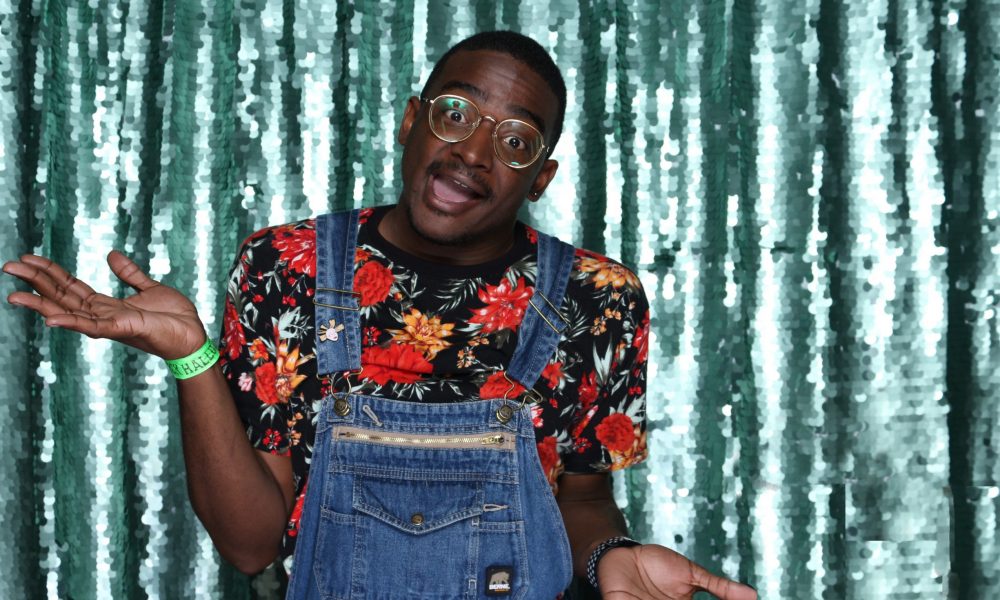 Today we’d like to introduce you to Way Singleton.

Way, can you briefly walk us through your story – how you started and how you got to where you are today.
I can’t say I always wanted to get into the animation industry since I was a little kid, but I watched cartoons pretty obsessively all my childhood. The T.V was always flipping back and forth from Cartoon Network to Nickelodeon and up to Disney Channel and Toon Disney, occasionally over to Kids WB, Fox Kids, and One Saturday Morning. If it was a cartoon, I had to see it at least once. Thinking back, I think it might have been the online animation boom that gave me the thought that I could ever do anything with animation. Sites like Newgrounds and Ebaumsworld had artists posting outrageously funny and sometimes experimental and bizarre animated content, that made the skills seem obtainable for me. But I didn’t really think of getting into animation as a career until the end of high school.

I knew I loved to draw for years and I thought I would become an illustrator or Comic book artist But it wasn’t until I visited Savannah College of Art and Design and took a tour of their Animation Dept, that I knew exactly what I wanted to do. What got hooked was how a professor on the tour described animation as all the skills I was interested in and MORE: Illustration, Sequential Art, Sound Design, FIlmmaking, Cartooning, Storytelling. So I went to SCAD to study Animation.

After graduating, I moved to NYC and got an internship with Augenblick Studios in Dumbo and would eventually get hired as a Production Assistant. It was there I learned a lot about the cartoon animation pipeline and realized my passion for storyboarding.

It became difficult to find work as a Storyboard Artist for cartoons in NYC so I decided to move to LA- the hub for Animated Cartoons.

Great, so let’s dig a little deeper into the story – has it been an easy path overall and if not, what were the challenges you’ve had to overcome?
There certainly have been. So many struggles. Like in animation (maybe every business ), it’s pretty important to network with people in the industry so that people know you exist and so you can get work, or make friends, and so on and so forth. I struggle with talking to new people and introducing myself sometimes and also hate crowds… But I push through the anxiety because I love talking to people about animation and making friends!

Also, those times when you’re applying to jobs, but you constantly get rejected or don’t hear back can be devastating and tough. You start to think negatively and feel like you’ve wasted all your time to get nowhere. But I think it’s important to not let yourself succumb to the negative thoughts. What has helped me during those times is to realize that a lot of the time if you’re not hired for a studio gig it isn’t personal, and for whatever production you applied for, that certain thing that you offer in your work wasn’t exactly what they were looking for and doesn’t mean you’re terrible. And I also think it’s good to have other professionals give constructive criticism about your work so that you can improve and figure out the technical things you might be missing that they need in that studio environment.

I also dislocated the shoulder of my drawing arm a couple of times (Haha…) I advise not doing that!

Black N Animated – what should we know? What do you do best? What sets you apart from the competition?
Professionally I work as a Storyboard Artist in the animation industry. Basically, a storyboard artist will take a written script/ outline of a story, episode, video game, commercial, short film, or feature film, and create visuals (kind of like a blueprint ) to help guide the rest of the production when creating the final product. As a storyboard artist, I love the process of bringing a written story to life visually, bringing the best out of a story and it’s characters, and even developing stories of my own to share. It’s what inspired me from all the online Newgrounds animated stuff. The ability to communicate an idea through animation is spectacular to me, and Storyboarding is such an important part of the process.

I am also the co-host of a podcast called Black N Animated! It’s a podcast in which my co-host Breana Williams and I interview other black professionals working in animation. It’s something important to us because while studying animation our respective schools, we didn’t see a lot of representation of black creatives in the industry. It made us feel the chances of getting into the industry as a POC was incredibly low. Once we got into the industry we realized that there are black creatives thriving in animation and work in many aspects of the industry. With our podcast we put a spotlight on these creatives hoping to inspire, empower, and educate other creatives interested in animation.

When it comes to my personal work, I create animation, illustration, and comics that are funny, sometimes dark, sometimes surreal, and most of the time adorable. Usually, I just try to make myself laugh and hopefully, everyone will laugh along with me.

What moment in your career do you look back most fondly on?
I think currently, one of the proudest moments has to be a networking event Black N Animated collaborated with Disney Television and Disney Junior to put on. We held a mixer with DTVA in the hopes of introducing black professionals to Disney Executives to help build relationships and job opportunities. It was a fun experience that pushed me out of my introverted comfort zone and it helping a lot of people make very good professional connections. Black N Animated hope to hold more events like that one! 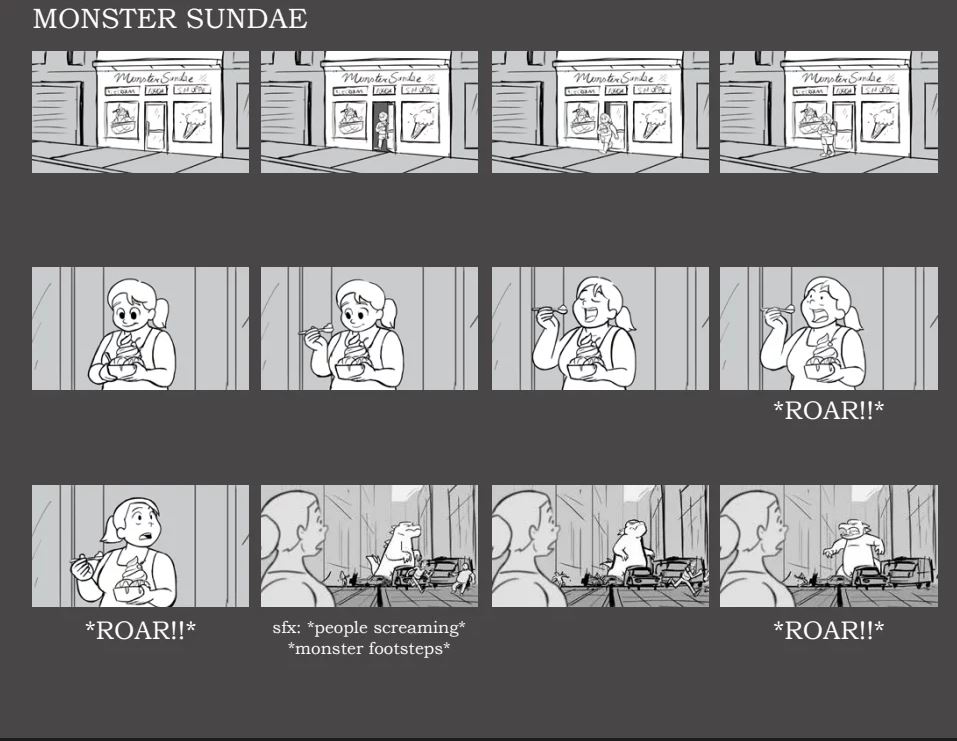 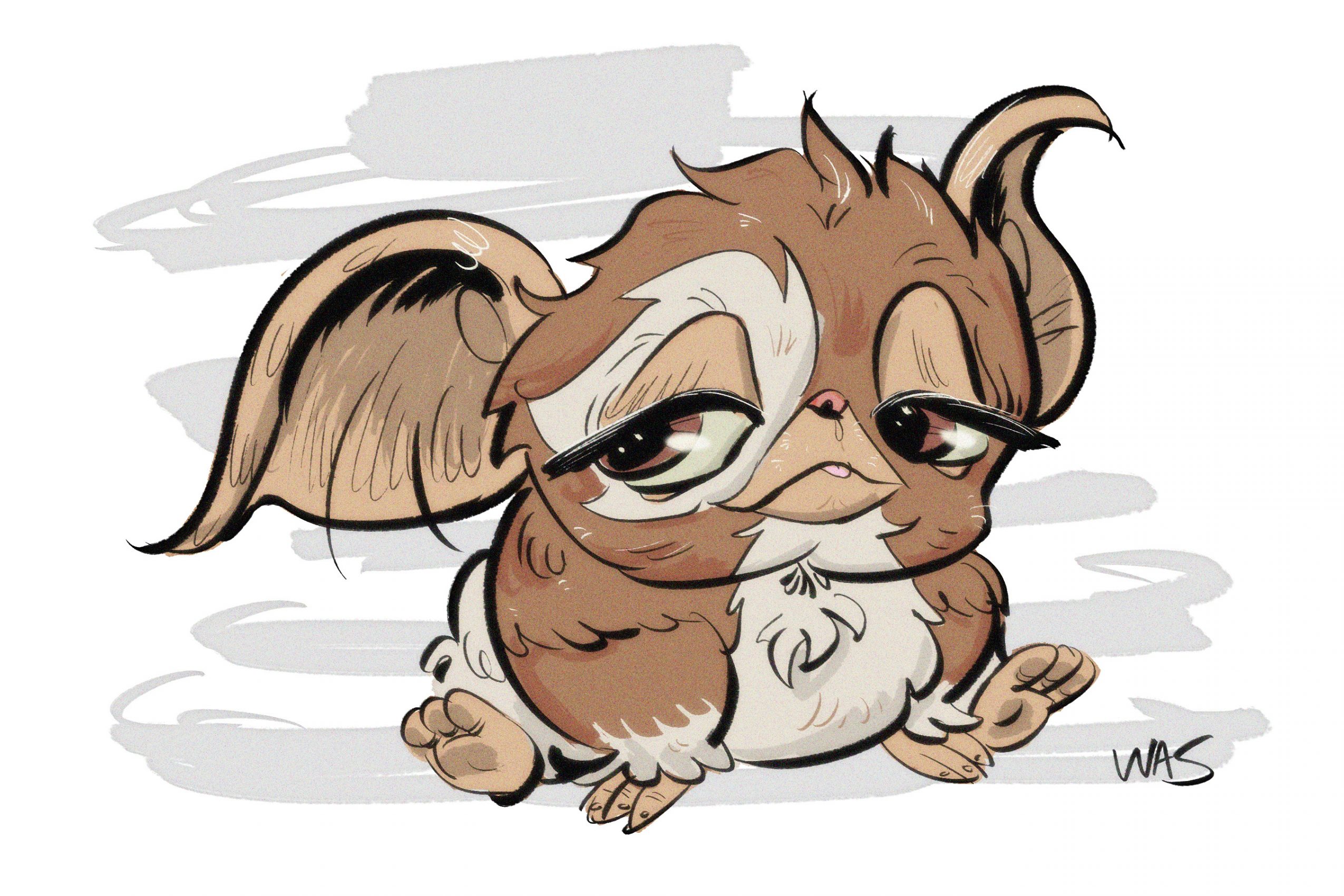 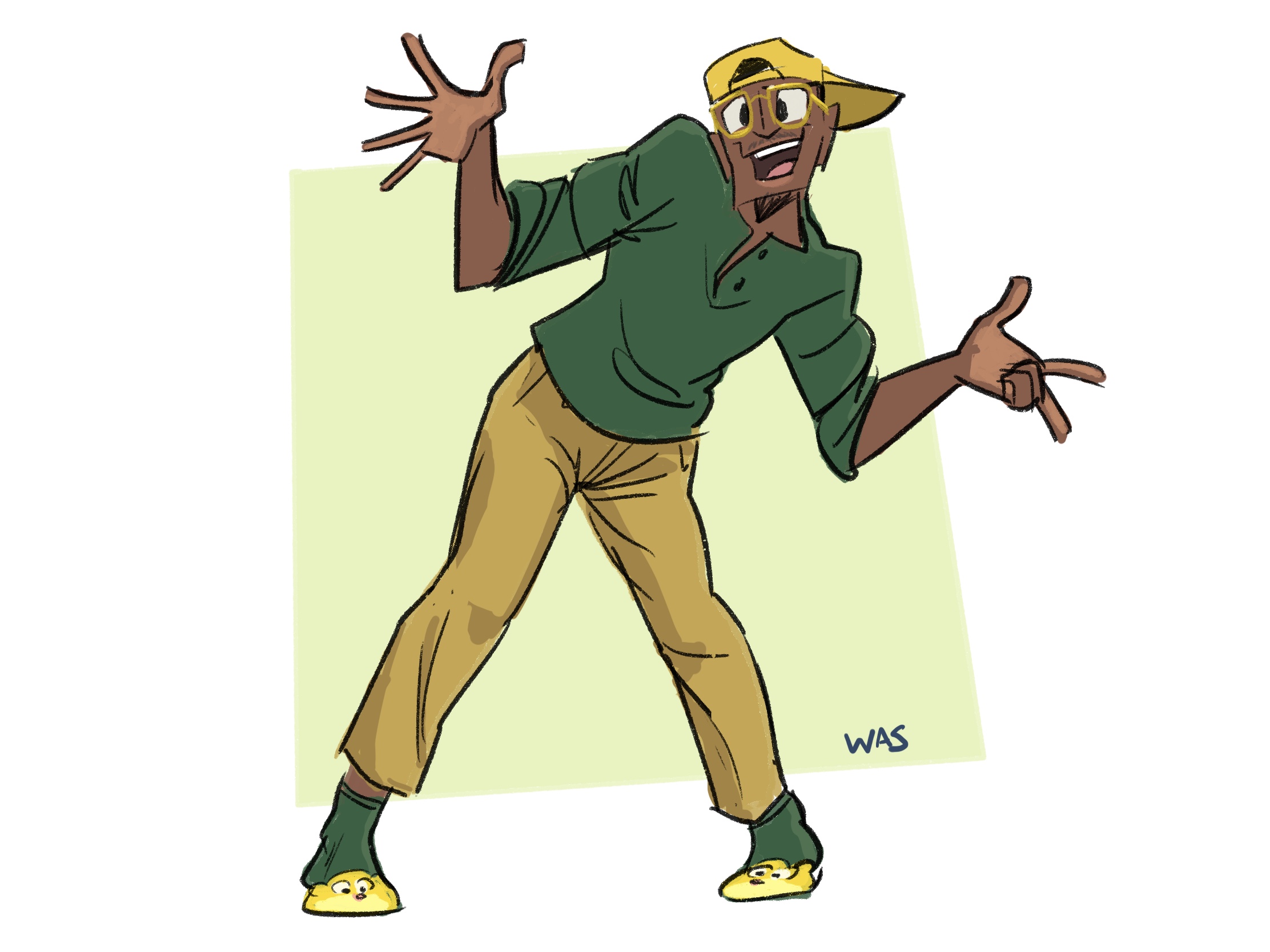 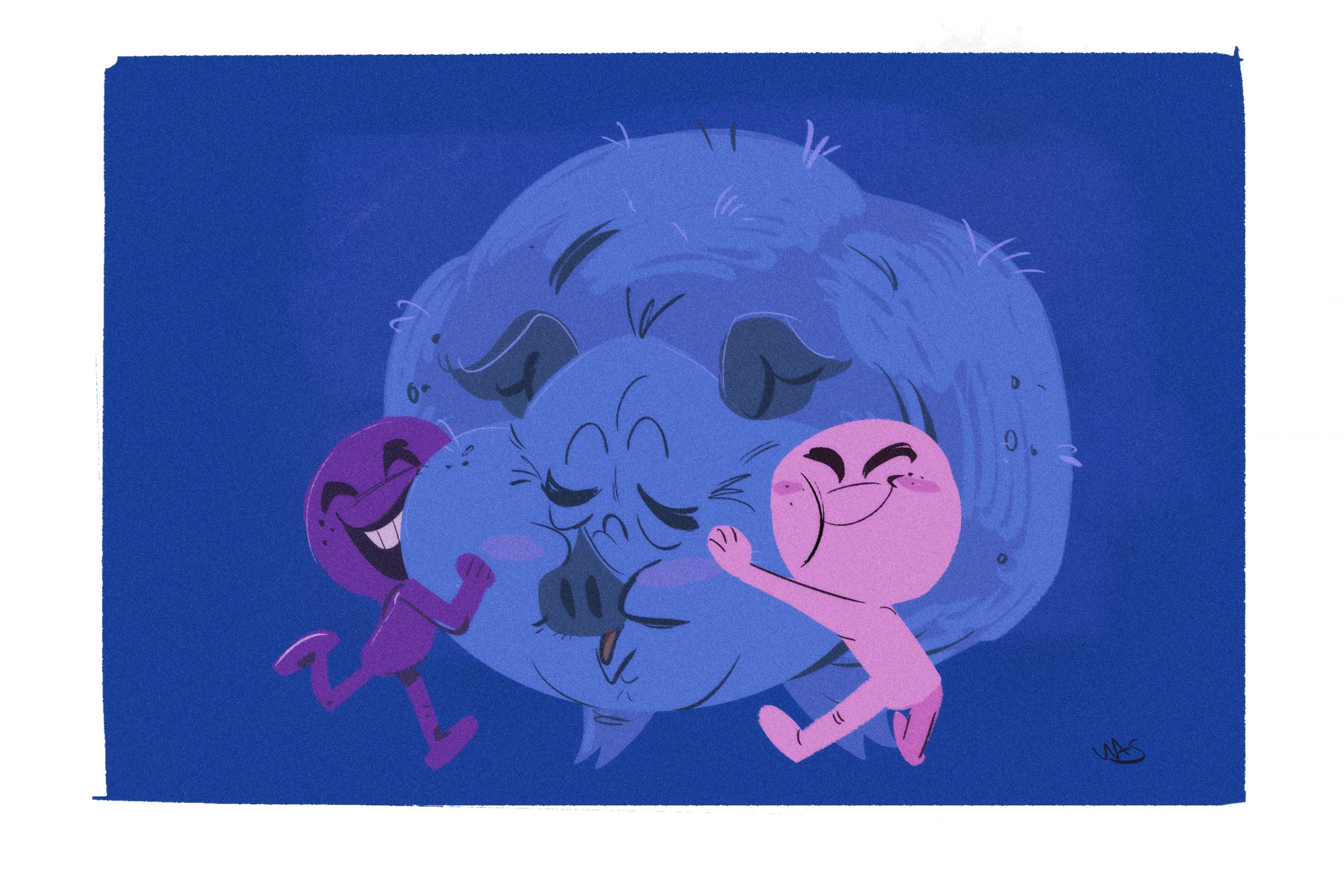 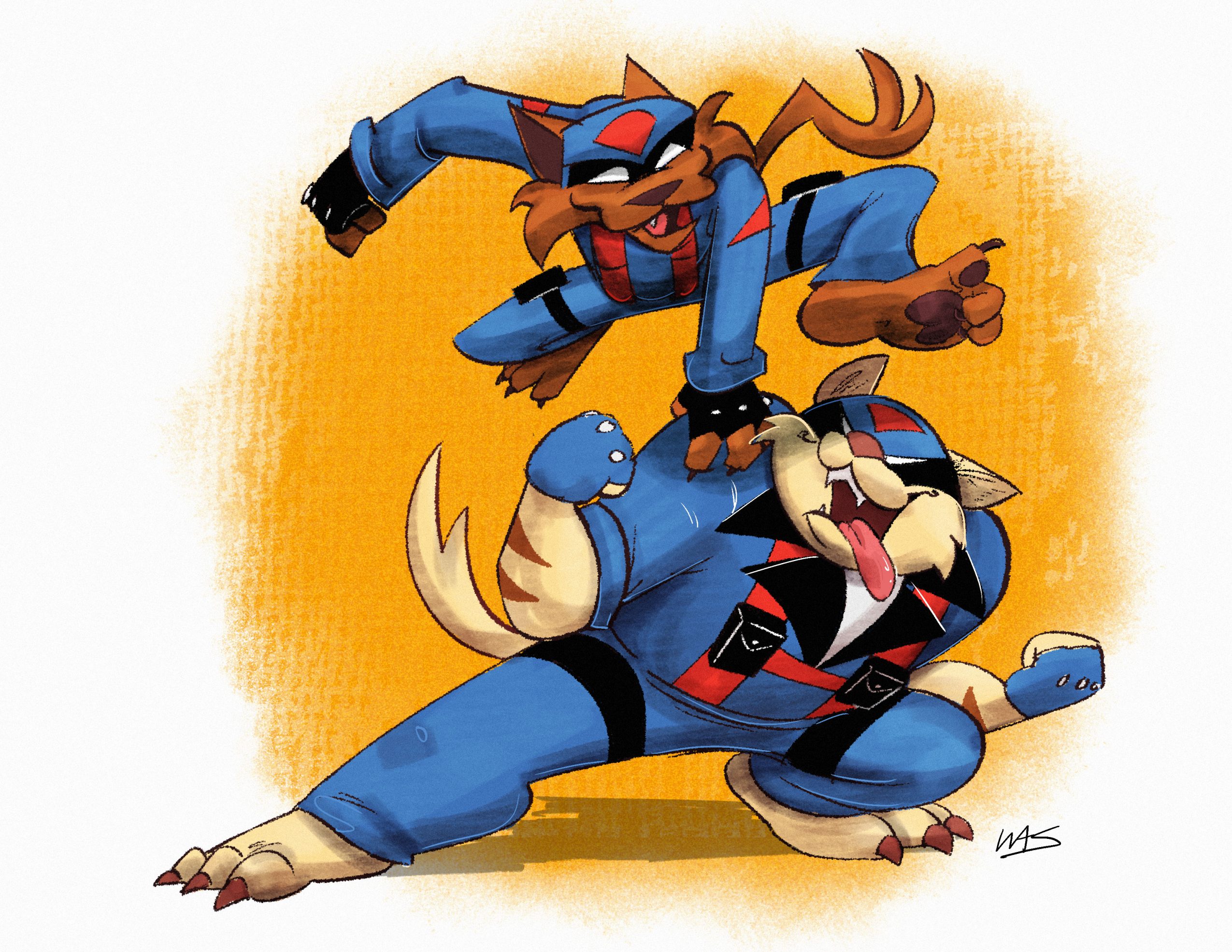 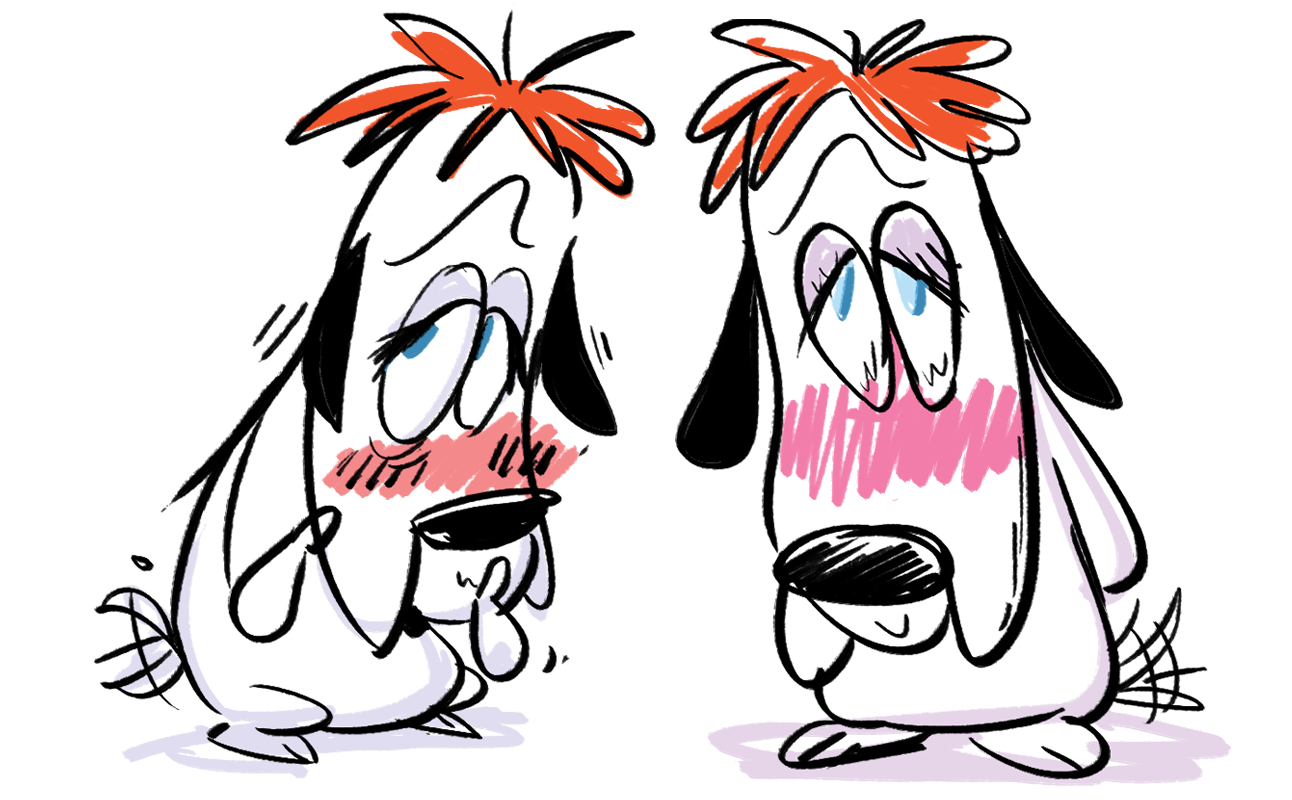