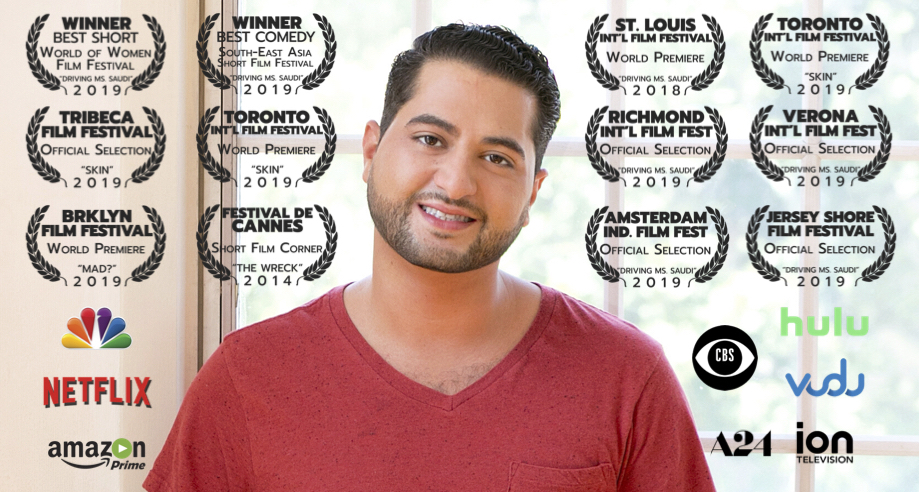 Today we’d like to introduce you to Walid Chaya.

Walid, can you briefly walk us through your story – how you started and how you got to where you are today.
I am a director-actor based in Los Angeles. You can see me in “Madam Secretary” (CBS), “Blacklist: Redemption” (NBC), “The Looming Tower” (Hulu) and opposite Jamie Bell in the feature “Skin” directed by Oscar-Winner Guy Nattiv.

I love to make movies, teach acting/business and travel. I was born in Lebanon, so I speak Arabic and English fluently. After spending most of my life between NYC, DC and LA, I decided to make the West Coast “home.”

At age three, my parents and I immigrated to the United States with only a few bags and barely $1K in their pockets. I would return to Lebanon as a child to spend summer breaks with my grandparents so my parents could work and save money.

One summer at age five, my grandparents took me to watch an Arabic musical adaptation of “Romeo & Juliet”. After the show, I was taken backstage. There I discovered “behind-the-scenes” of a theater for the first time! It was a life-changing and magical moment; a cultural dynamic that has shaped me into the artist I am today. From there, I was in love with putting on plays and bringing people together.

Back in America, I would attend grade school and watch my parents journey as they attended various trade schools and found work, had my baby sister, opened and closed various businesses, put my mother through college…til it was my time to do the same and leave home for college.

That’s when I began freelancing as a filmmaker and started my production company Moonlit Wings Productions (moonlitwings.org). I owe my entrepreneurial spirit to my parents and the “American Dream” that’s made my work today a reality, and for that I am eternally grateful.

Recently, I wrote, directed and starred in “Driving Ms. Saudi”, which won Best Short Film in Dubai’s prestigious WOW (World of Women) Film Festival, Silver Metal for Best Comedy Short at the Asia South East-Short Film Festival, among other official screenings at over a dozen prominent festivals from around the world.

I am currently in development for several new and original projects, including two feature films. The first film is an action-drama that follows refugees on the run from I.C.E. in Hollywood. The second is a musical comedy with a special team of Arab American performers and production designers.

I am also a content creator and have headlined in diverse industry panels, my favorite titled “The Future of Acting: Creating Your Own Content”, produced by the Actors Pro Expo. I am grateful for the “Diversity Scholarship Award” from Upright Citizens Brigade LA for my work in original content, improvisation and sketch comedy.

My favorite quote is Gandhi’s “Be the change you wish to see in the world.”

We’re always bombarded by how great it is to pursue your passion, etc – but we’ve spoken with enough people to know that it’s not always easy. Overall, would you say things have been easy for you?
It’s been a smooth road when I trust my intuition and am prepared for whatever’s ahead. Naturally, there have been some struggles along the way.

First, it’s uncommon for a first-generation Arab American to study entertainment and work as a director/actor. Growing up, my family often commented on my ambition and drive with “you’ll be a great doctor” or “you’ll be a great lawyer.” Now, I joke and reply with “I’ve played both on TV!” My parents moved to the States when I was three years old and Hollywood doesn’t exist the same way in Lebanon, so how would they know to get me appropriate “headshots” or find legit “auditions?” So over the years, I found this information with the help of my mentors and then educated my parents to gain their understanding and support.

Next, I’ve struggled as an Arab American working in a predominately white industry. I have faced issues with type-casting and my opportunities are sometimes limited to material produced by non-authentic voices telling stories of BlPOC. To relieve this, I strongly believe that companies should include BlPOC in the foundation of their company’s core and on administrative and advisory boards, I’m grateful to have reps that see past my race when pitching me to casting. I’m proud to also produce original projects in hopes to fill this evident gap and create my own opportunity.

Last, there are day to day struggles, like dealing with personal expectations, meeting professional deadlines and my least favorite of all…writers block! I take these head on with running, yoga, meditation, music, and my favorite – family and friends.

We’d love to hear more about your work and what you are currently focused on. What else should we know?
I am currently developing several new and original projects, including two feature films and a podcast!

The first film is an action-drama called “Breaking the I.C.E.” that follows refugees on the run from immigration control in Hollywood. I play Kareem, a displaced Syrian lawyer who must save himself and his friends from deportation when ICE Agents come knocking on his door. This film is inspired by true events.

The other feature is a musical comedy/parody called “The Barent Trap” where I play both Omar and Yosuf, identical Lebanese twins separated at birth and each raised by one of their biological parents. They discover each other for the first time at a Los Angeles falafel shop in their late 20’s and make a plan to reunite their stubborn parents and be a family again.

Additionally, I’m co-producing “Light’s Out” an upcoming podcast with Split Ends Media that focuses on international stories and folklore told by kids, for kids. Families gather together to hear diverse narratives exploring a new part of the world each episode, with bonus music by young international artists.

I run most of these programs through my production company, Moonlit Wings Productions, which I founded in 2008. Moonlit Wings is a 2x WINNER of Washington Family Magazine’s 2020 “Best for Families” contest for the categories of “Best Arts Program” and “Best Drama Instruction.”  I also regularly plan and teach master classes through Moonlit Wings for various studios, international schools and universities and coach and connect emerging actors with the finest talent professionals. My clients can be seen in commercials, major films, television shows and theater nationwide. Learn more about my company at moonlitwings.org.

For the latest updates, follow me on IG @walid.chaya or visit walidchaya.com.

What were you like growing up?
I have always been into performing…as a young kid, I would go through my mom’s closet, invite our family friends over and recite my favorite musicals to them, start to end. Before I could read, I would memorize scripts by listening to recorded Arabic musicals. This led to my love for Broadway and filmmaking while living in the States.

With that said, I’ve had a constant interest for acting and directing. I was definitely the loudest family member in my household. As a teenager, I would make my younger sister participate in my living room skits and learn harmonies to musical numbers that I loved. (Thank God my sister is now a singer/songwriter and doesn’t resent me for all that.)

My parents gifted me a video camera while I was in grade school. After doing my homework, I would be in my room all day recording segments of “Walid’s World” which were my original remakes of skits inspired by my favorite shows at the time, like “All That” and “The Amanda Show.” I joined film club, the theatre department and speech and debate once I got to middle-school and also did the school morning news.

Other interests include travel and the beach. I have always been on-the-on and enjoy trying new things, from food to experiences. I can spend all day, every day, in the sun and water. Many of my favorite childhood memories were at the beach with my family and friends and our time together around the dinner table. 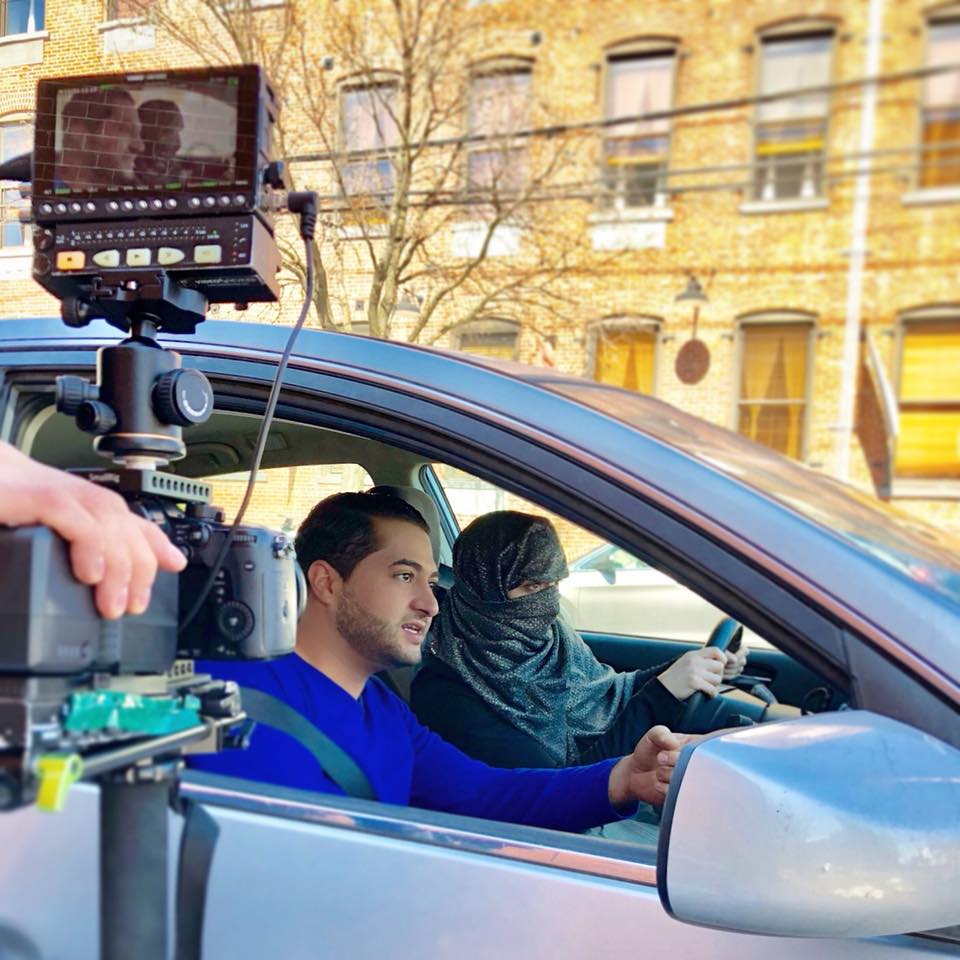 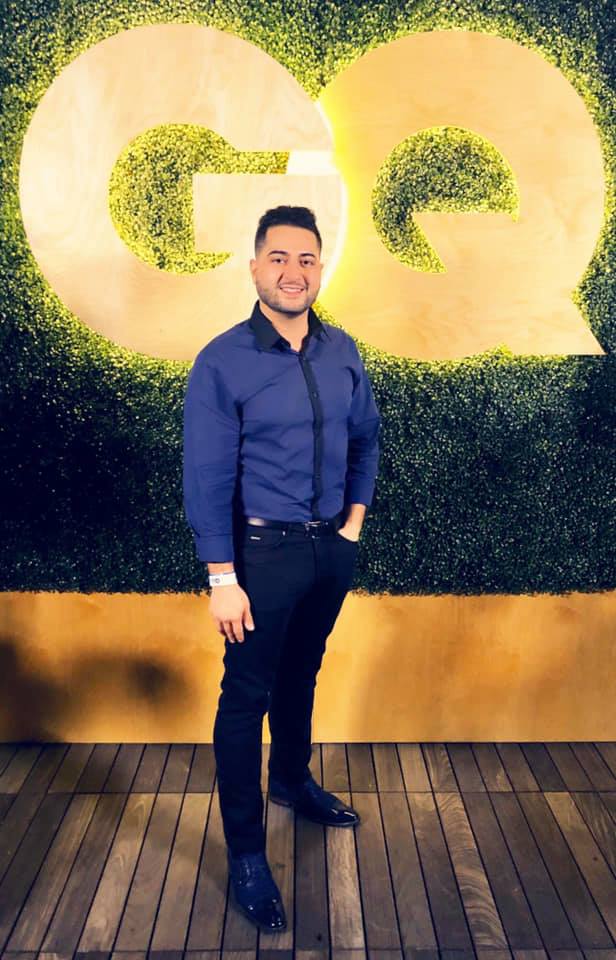 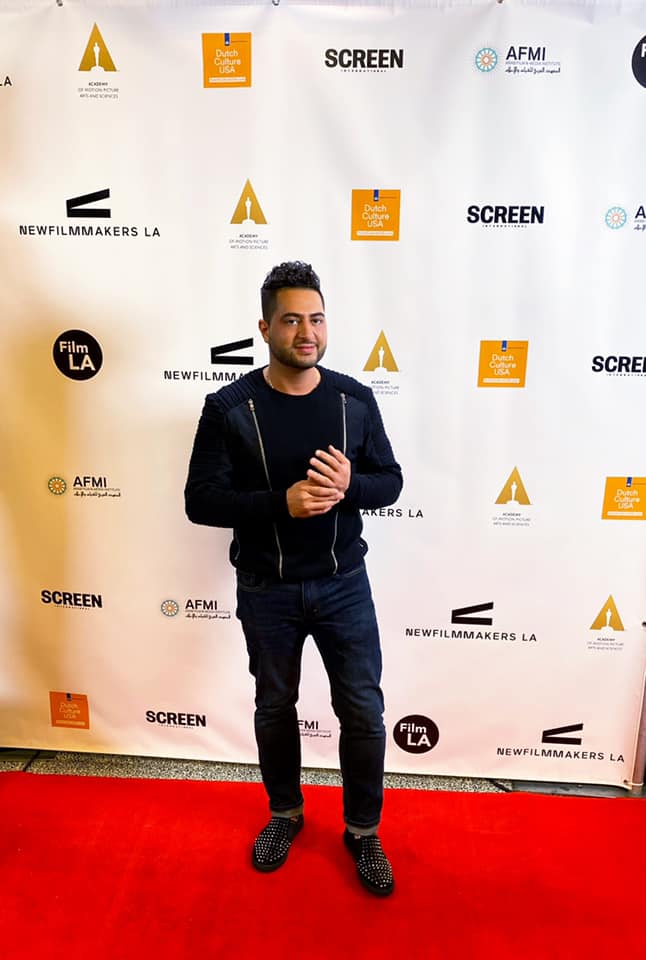 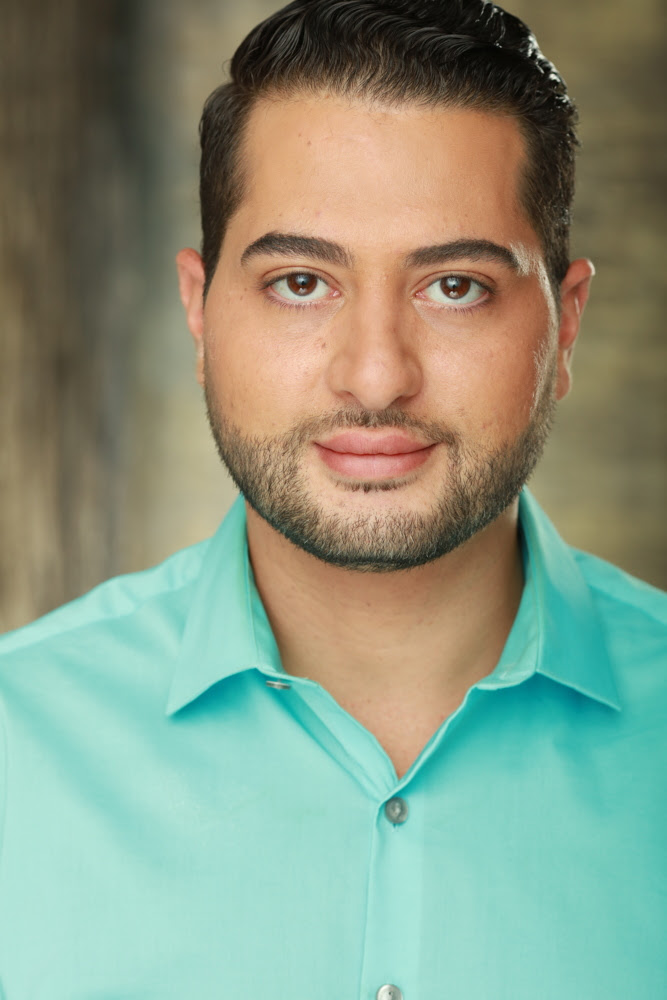 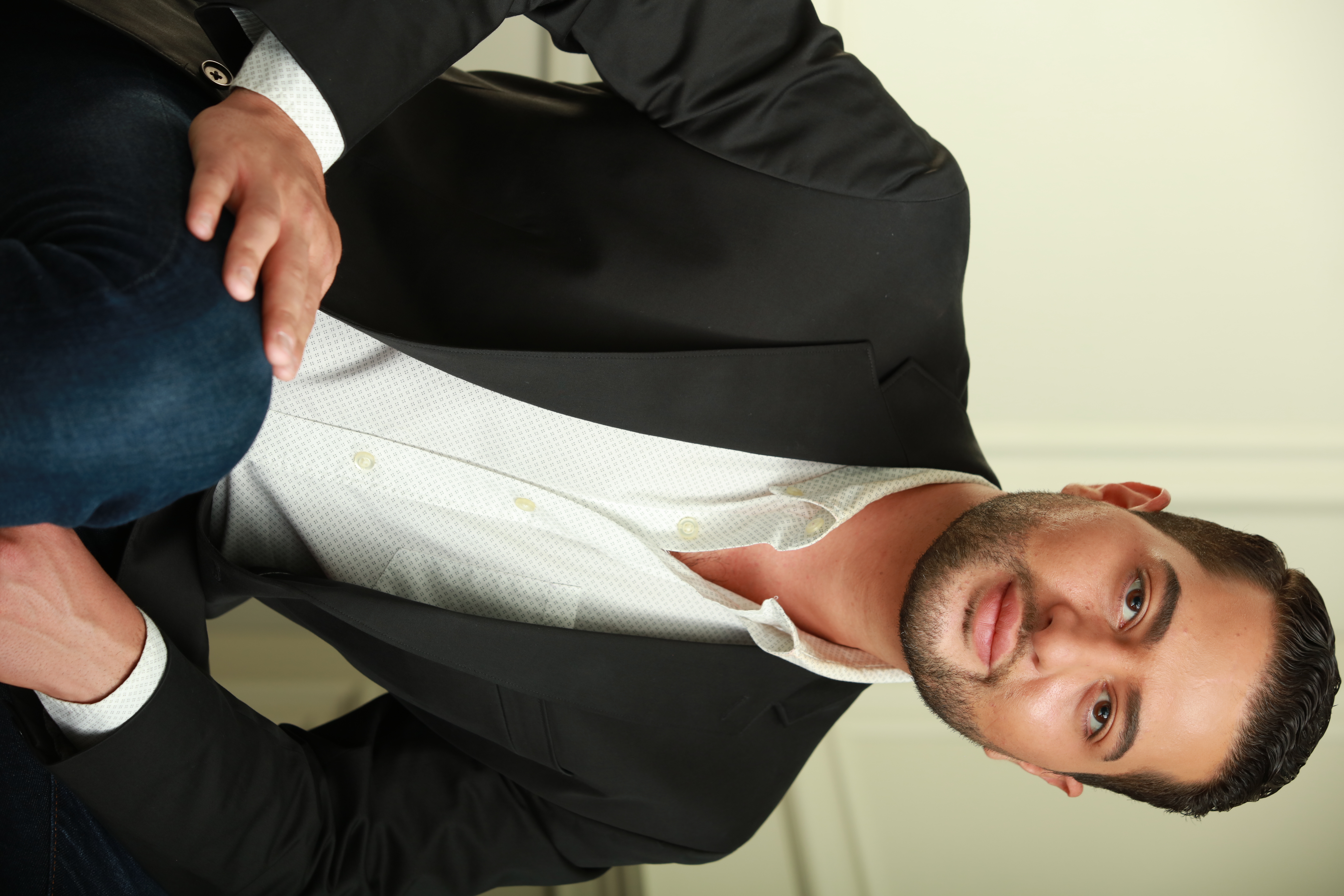 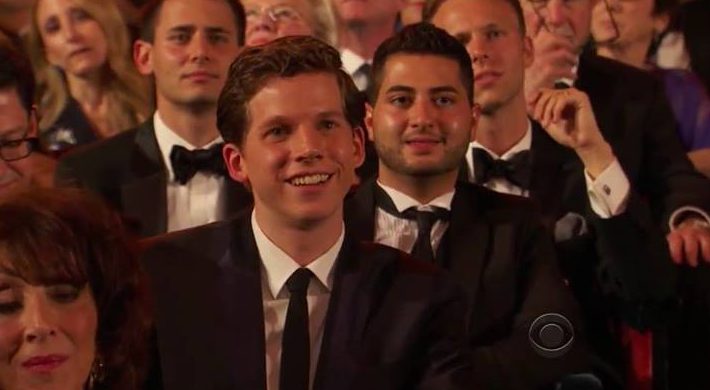