Meet Vivianna Hernandez of Something Good LA in Montebello 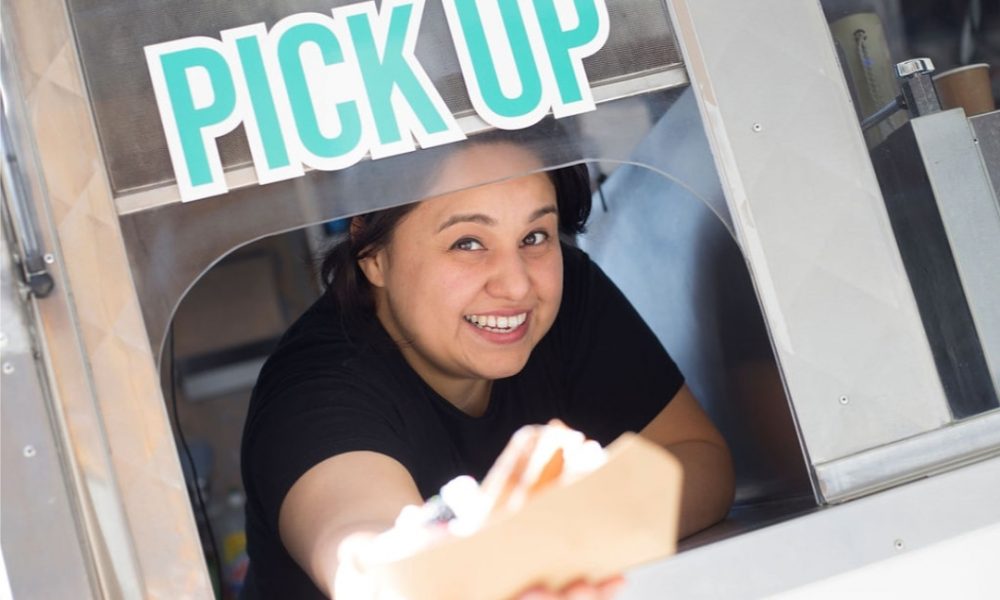 Today we’d like to introduce you to Vivianna Hernandez.

So, before we jump into specific questions about the business, why don’t you give us some details about you and your story.
Something Good was created by my wife Mariana and I in 2007 while I was attending culinary school. During this time, I became classically trained in many kitchens of top chefs from Orange County to Beverly Hills to the Westside. After honing my craft, I decided to put myself out there and begin doing Pop-ups.

In 2015, we had our first pop up event at The Wall Farmers Market in the LA Flower District and the Historic Downtown Farmers Market where we sold Pork Belly Sandwiches and fresh Coconuts. During this time, we had been offered a pop up residency at the patio of a Hollywood bar called The Three Clubs. In those two years is where we built a following in the Los Angeles area for our Tater tots and our Sliders on Hawaiian Rolls.

We then decided to put together a menu focused on my childhood favorites and that’s where the concept for our Something Good LA Gourmet Brunch truck was born.

My wife Mariana gave up her job to pursue our dreams of becoming business owners and we launched the Food truck in 2018.

We have most recently traveled to Chicago in particular the City of Pilsen to do Pop Ups at Lo Rez Brewery and Pilsen Artist Alley Festival. Where we featured our Truck favorites We hope that in the near future, we can have a Something Good La Food Truck in a few states across the country.

Has it been a smooth road?
We have found that being a Food Truck owner means you have to play many roles the chef, manager, promoter, mechanic, the custodian. It can be a lot to handle but between my wife and I, we get it done because we love it.

The first few months, we would take the truck out from 4am to save a spot at a coffee shop till 2pm and then hit up a brewery in the evening till 10pm and then back at it the next day. We knew that’s what had to be done, even if it meant we were only going to make $200 dollars that day until we build a following. One month after opening our Food truck and putting every cent we had into it, I was Diagnosed with Anti-Mog an Autoimmune Disease that put me in a hospital for two weeks undergoing Chemotherapy. This was a challenge for me and that’s when our roles changed. When I was not at my best and even flipping an egg was too strenuous, she stepped into the role as chef and ran the truck. We invested everything into this truck and there was no turning back. COVID19 is another challenge we have had to face because of my compromised immune system, I can’t be on the truck or out shopping at the stores for stock. I still, to this day receive Chemotherapy every few months and we are blessed to have workers, friends and family that still to this day jump on that truck to help.

So let’s switch gears a bit and go into the Something Good LA story. Tell us more about the business.
Our truck is known for our Pork Belly Tater Tots, Pork belly Sliders and Angus Beef Sliders on Kings Hawaiian Rolls. During the hot summer months, we carry branded Thai Coconuts that we cut open to order and served with a straw and umbrella. First off, we are two gay married women running a truck that is rare in a male-dominated industry. We are proud to be able to keep up with the high intensity of the job and pave the way for others like us. I believe what sets us apart is that both my wife and I come from a background of hospitality. Meaning that everything we do has an attention to detail. We take the time to learn our customer’s names and make a connection with them and I believe it’s that genuine relationship we have for them that keeps them coming back.

How do you think the industry will change over the next decade?
The Food Industry is crashing right now because of COVID19. It has taken a devastating toll on small restaurants and businesses. I think in the next years, there will be another rise in Food Trucks because of its versatility. 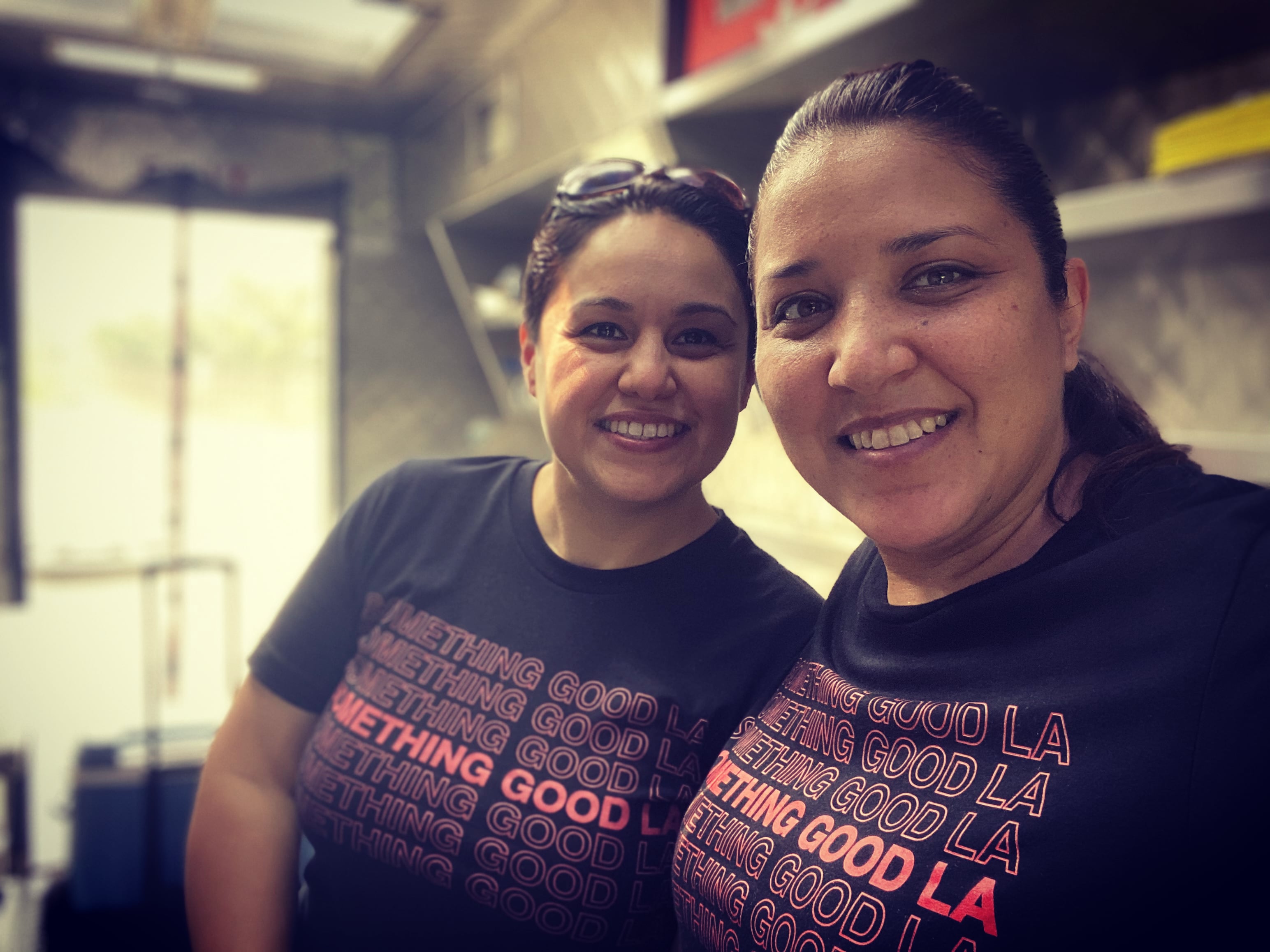 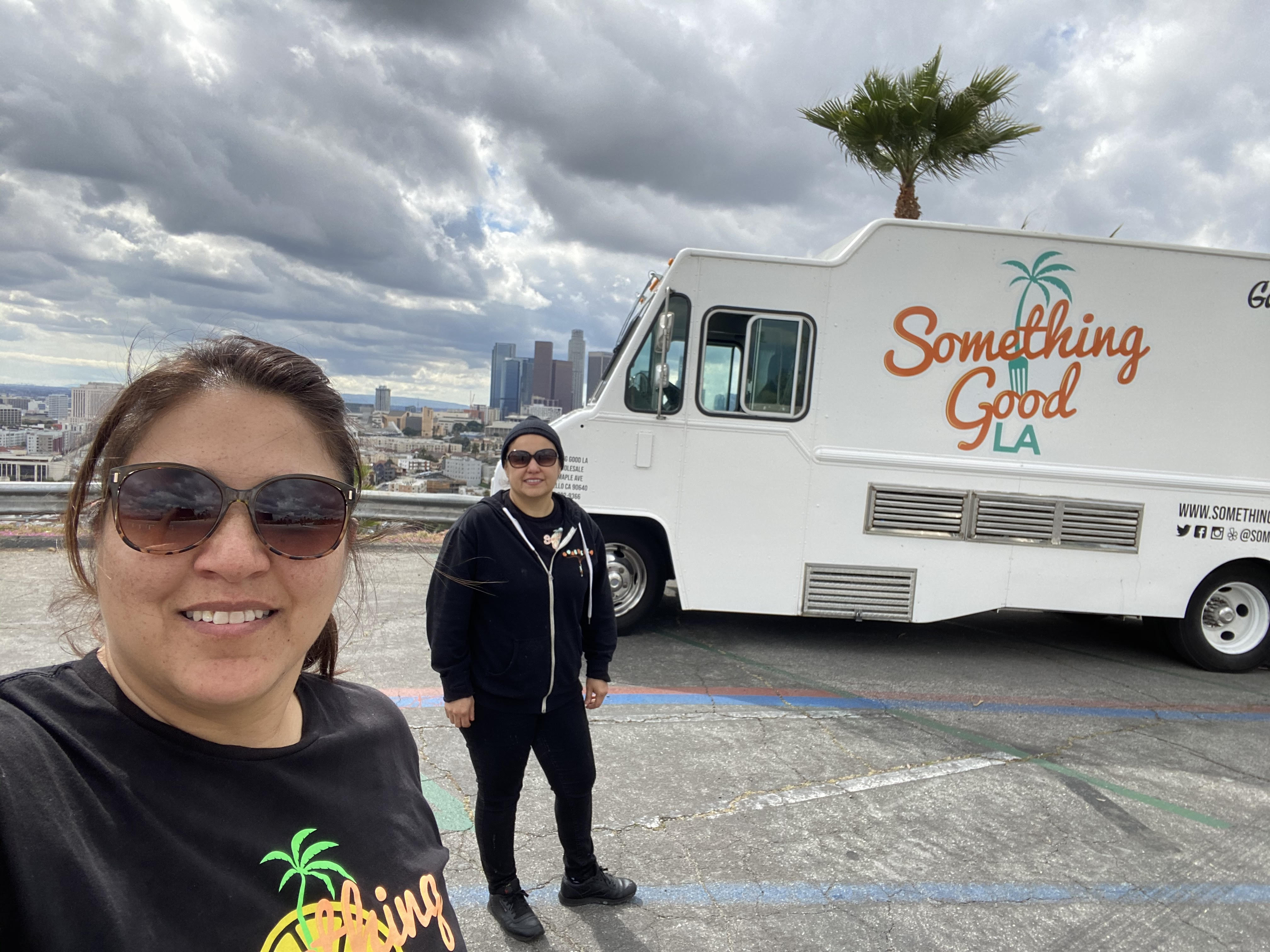 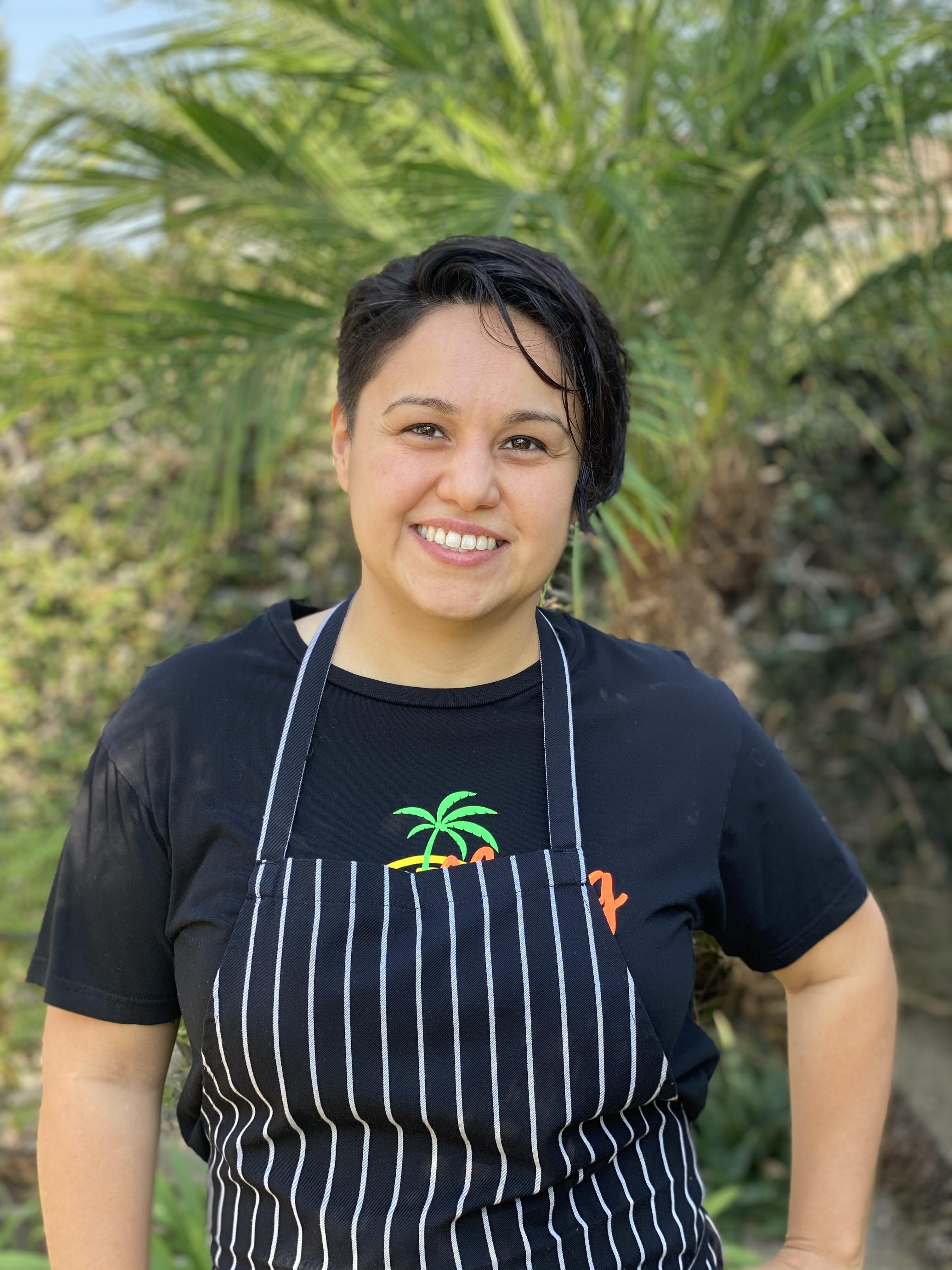 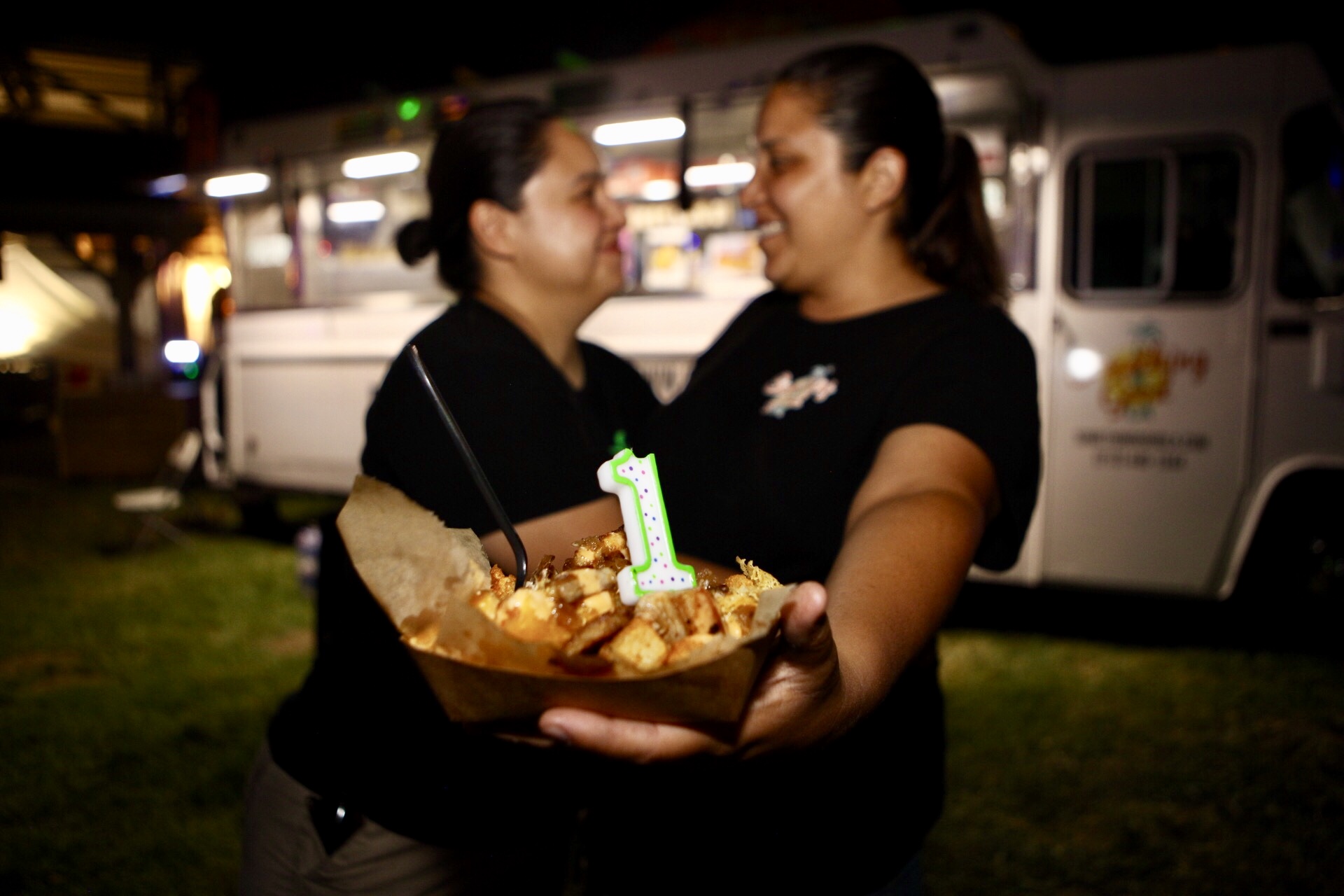 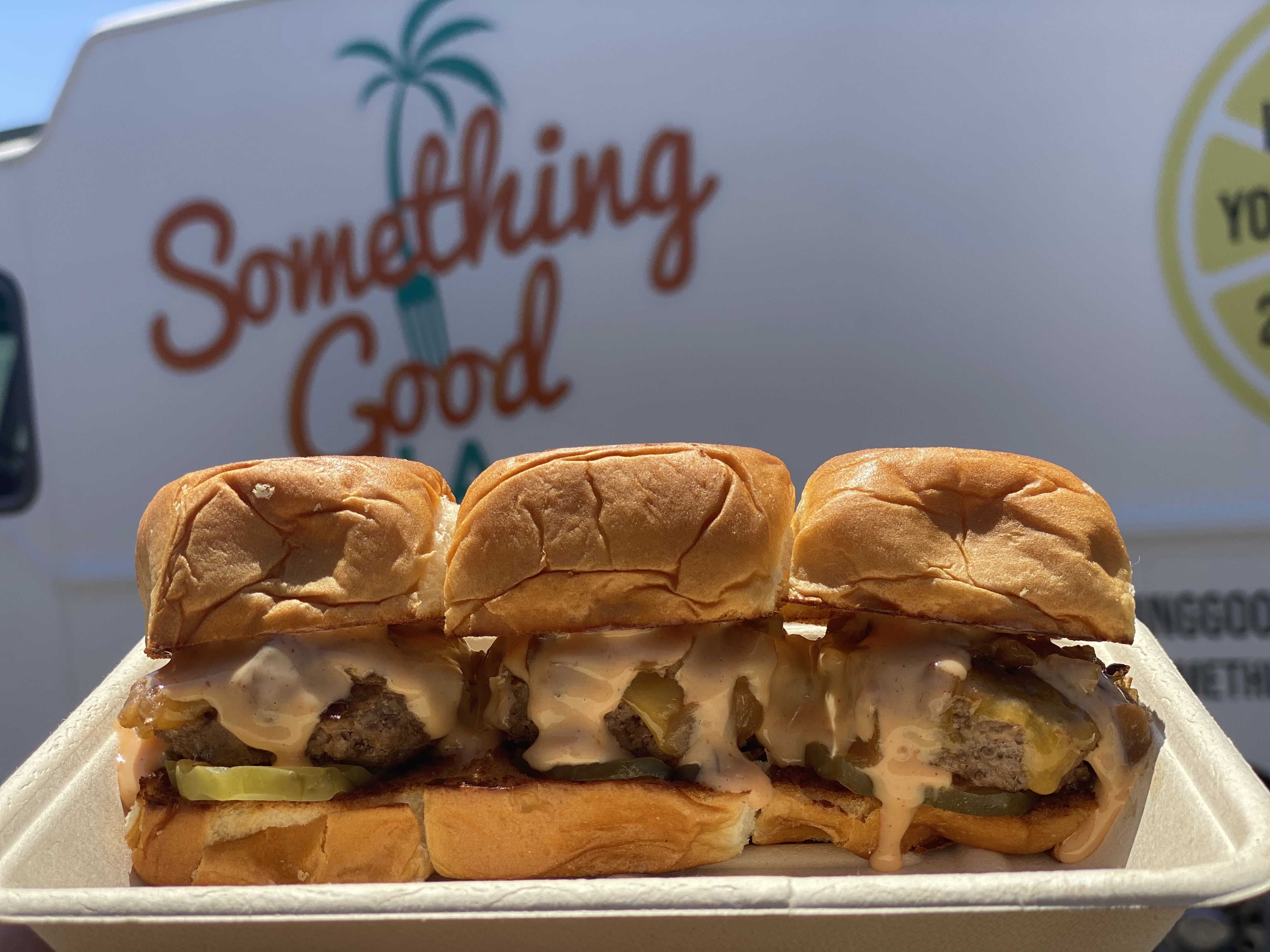 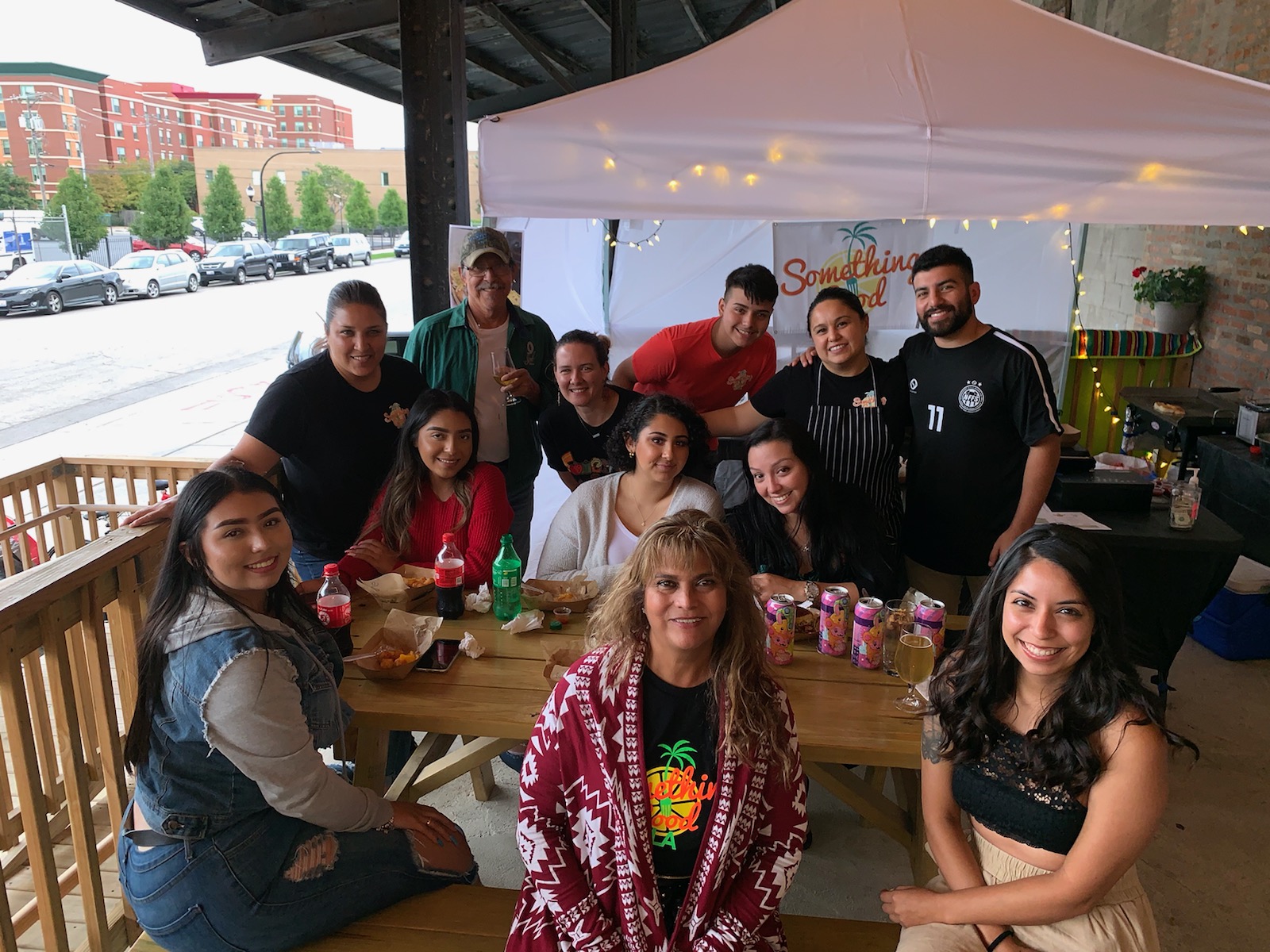 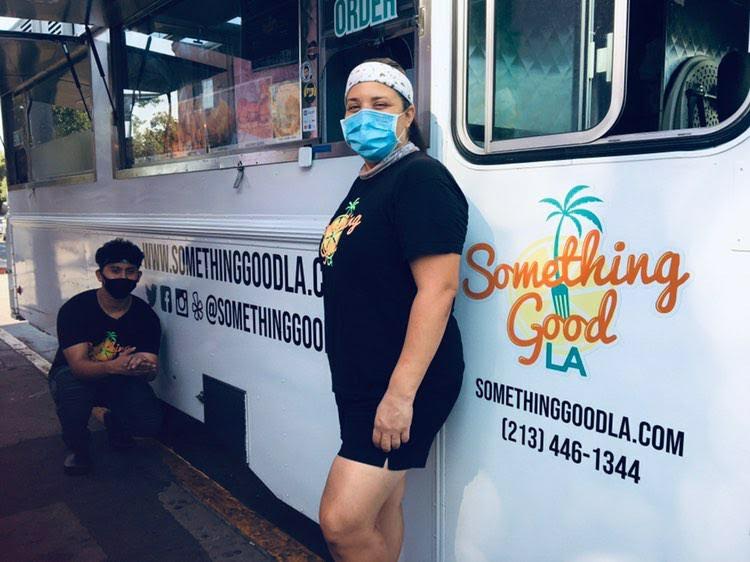 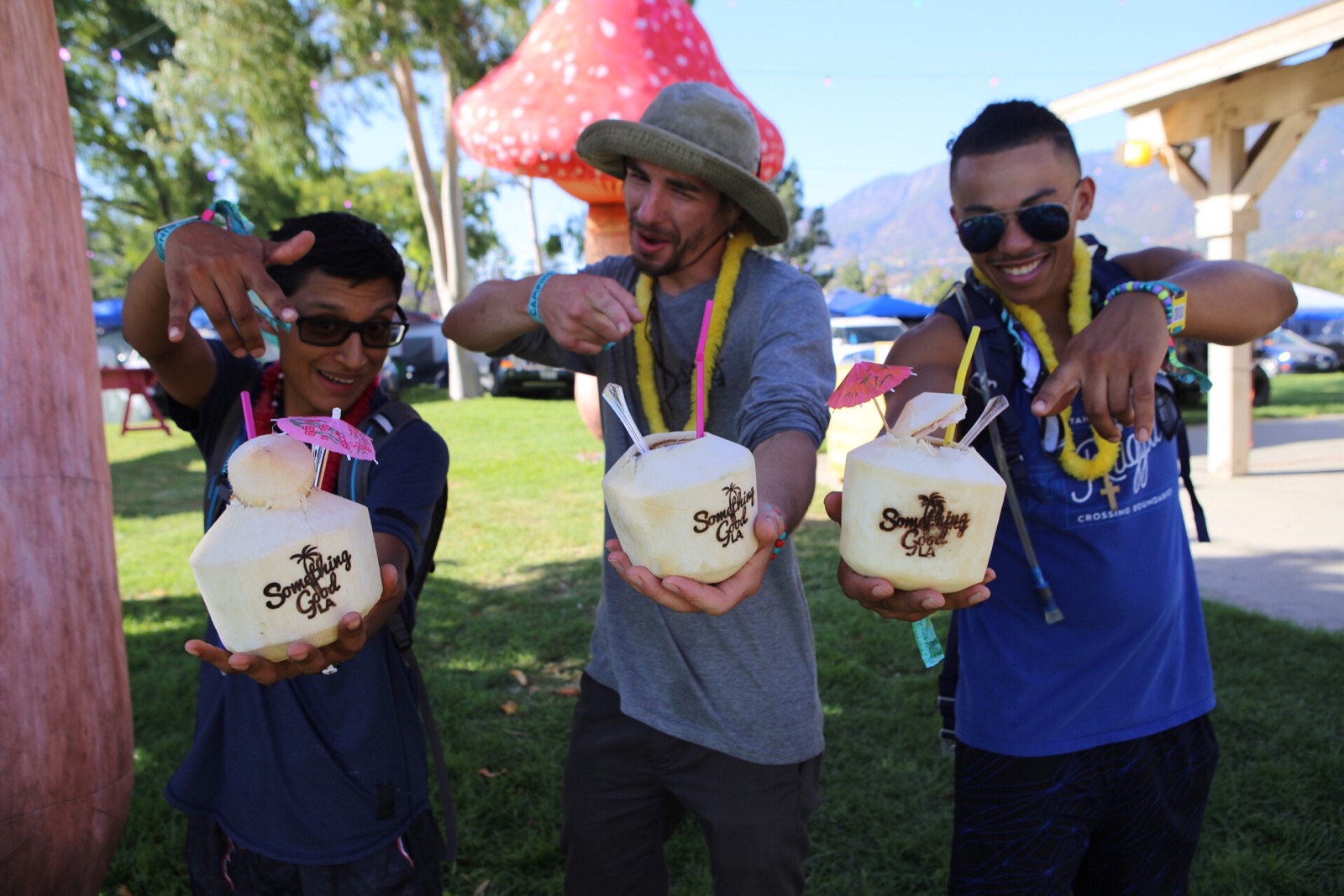 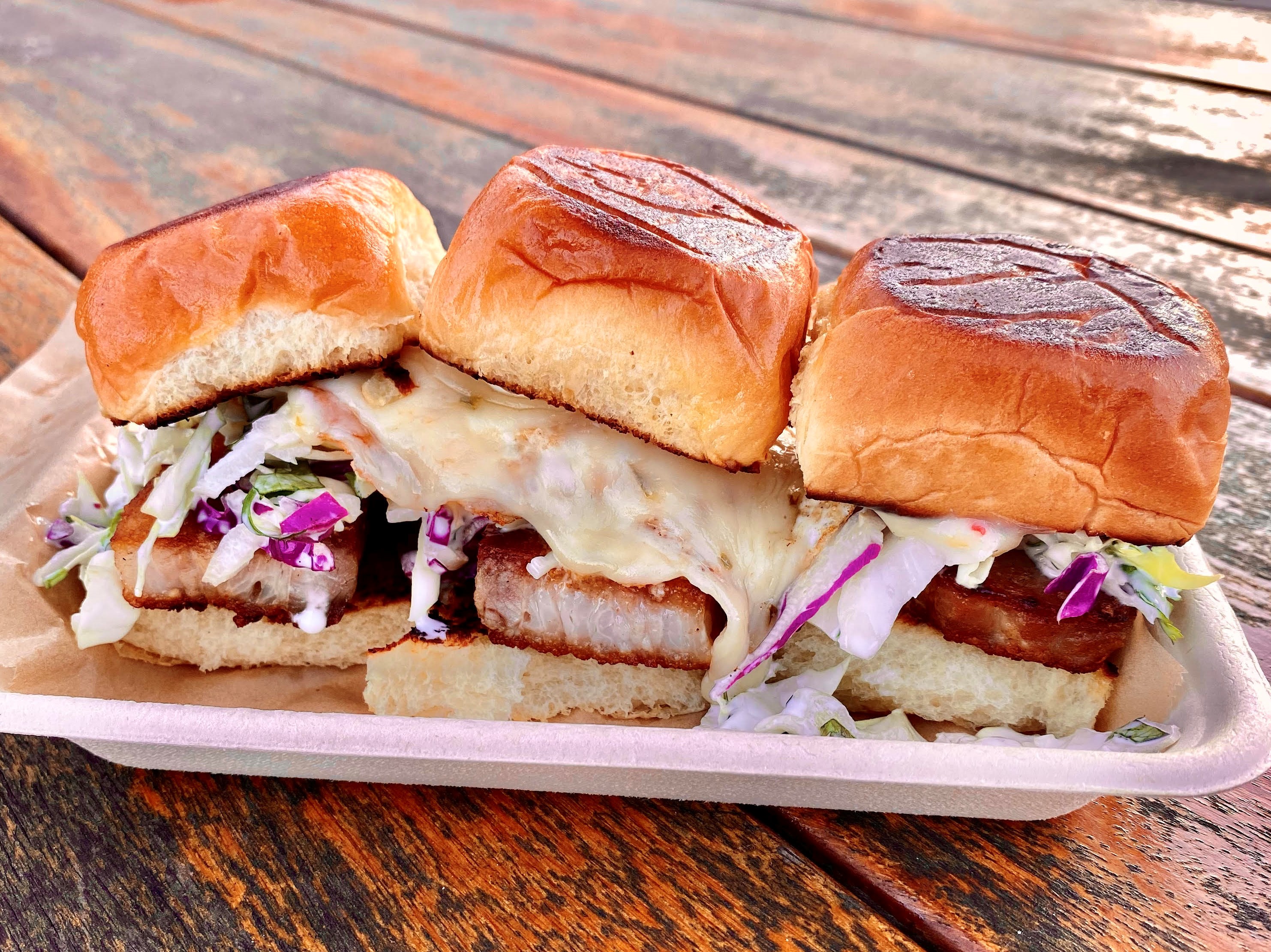 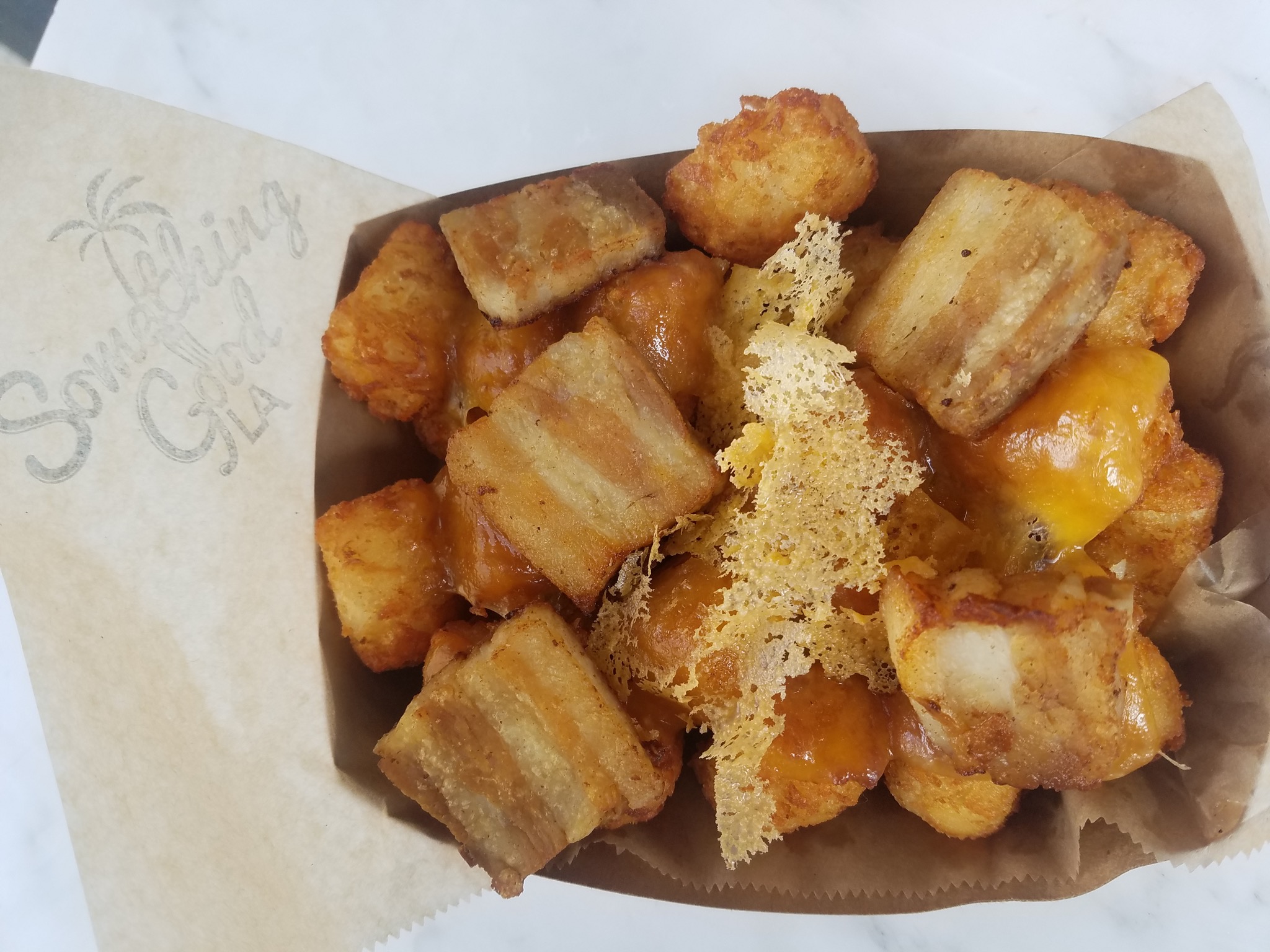 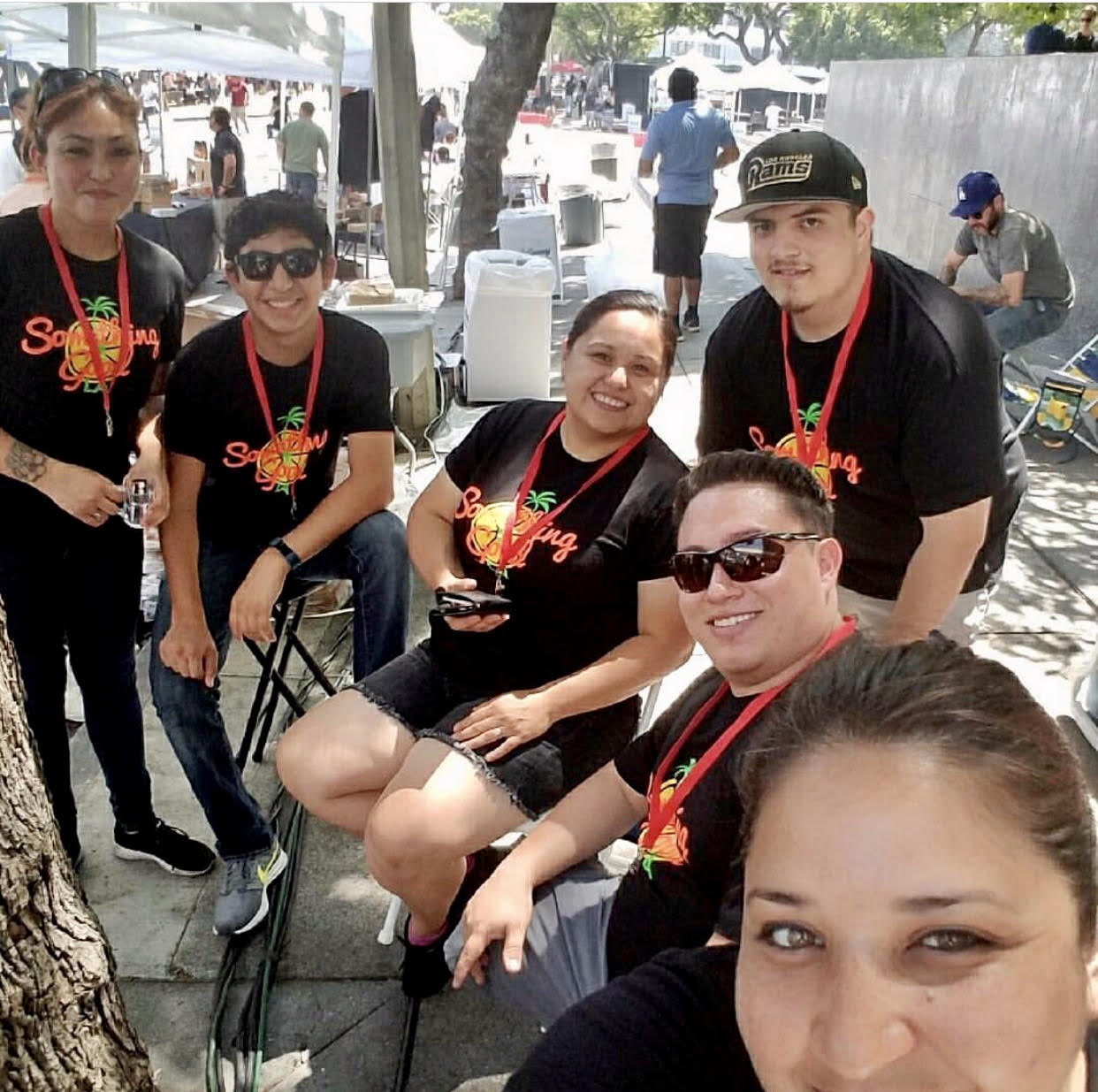