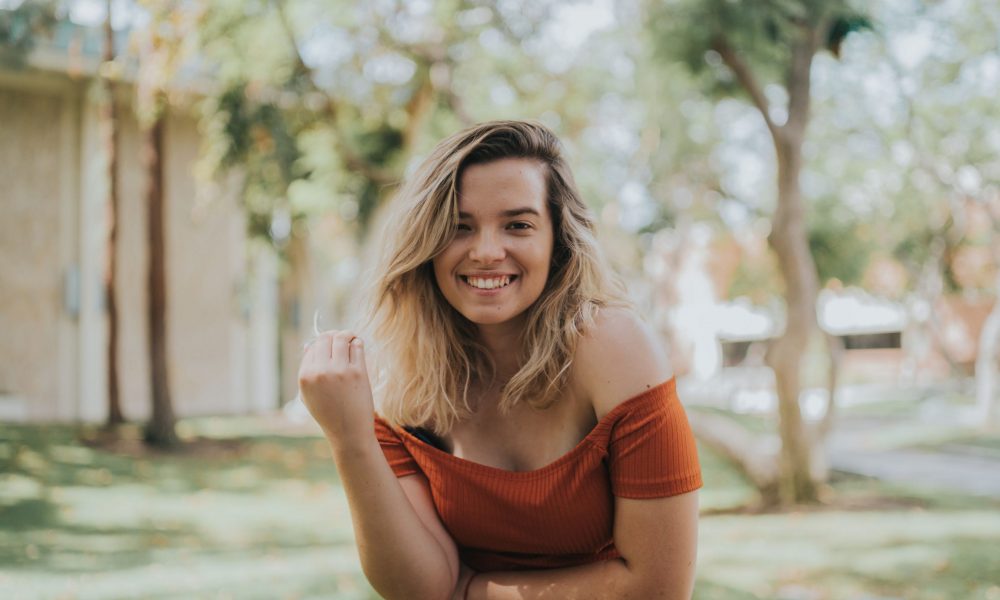 Today we’d like to introduce you to Vitória Vasconcellos.

Vitória, let’s start with your story. We’d love to hear how you got started and how the journey has been so far.
I was born and raised in Recife, which is a large city in the Northeast of Brazil. My parents, Monica Vasconcellos and Pedro Marques are doctors and both my sisters, Luiza and Carolina, are also in the health field. Pursuing any kind of career that is not medicine/law/business in Brazil is often looked down on, so when I decided that I wanted to be an actor, at age 11, I knew it wasn’t going to be simple. And it wasn’t.

Although Brazil is a severely underrepresented powerhouse in terms of film and theater, Brazilian artists often have to be pioneers and self-made individuals, who fearlessly go after their own education given the country’s constant sabotage of the arts (just a couple of months our “president” was threatening to close the Central Film Fund). Being from Northeast, I had the privilege to learn about Nelson Rodrigues, Ariano Suassuna, Glauber Rocha and other masters of storytelling. I noticed, however, that I didn’t know many women from the northeast who were out in the world making movies and telling stories, so I decided to be one of them. Like everyone else, I grew up watching films, that’s how I was introduced to new places, to different people, and because of films I knew I wanted to explore the world and learn as much as possible about the magic of storytelling.

I first left Recife when I had just turned 17. I moved to Boston for a semester as an exchange student and was later awarded a scholarship to Hebron Academy, a boarding school in Maine, where I finished High School. My late teenage years spent in New England were extraordinary but so very different from my life in Brazil, almost everything was different, except… no matter the country, I was always a drama club kid.

I went to USC almost by accident, I didn’t know anything about the University until the moment that I got in as a Journalism and Acting double major. Once in Los Angeles, a place that my 11-year-old self could only dream of living in, I had the life-changing realization that “film”, contrary to what I had heard all my life, could be an actual career instead of a hobby. And that was truly wild! I transferred to the film school, started to”help out” on student sets while having no idea of what I was doing (but l-o-v-i-n-g it), started writing my own scripts (since I never liked the parts I got cast to play), and somehow started convincing people to help me make my own shorts. I studied abroad in Melbourne, where I made movies and great friends (because of movies), worked in festivals, ate some vegemite and learned a whole lot about the importance of vulnerability within art.

I came back to Los Angeles for the Summer and during the making of another short, which I had written and was the leading character of, I got hit by a car and had my left leg broken. Subsequently, I had to take a break from USC for a semester and went back to Recife, to heal and learn how to walk again. Let me not bother you with gross surgeries, painful physiotherapy and the overall misery of being twenty and not knowing if you were ever going to the, physically able, life-loving person you have always been……here’s what I will say instead: it just sucked. What didn’t suck was that even before I was properly walking (which I did by the way!) I was already in a short film. Weeks after that, I was making my own, in my hometown, about and for this place that is a part of who I am.

Earlier this year, I went back to USC, made some more movies while dealing with the stress of being back (while still having trouble with my leg) and got my life back in order. I spent the summer as a conservatory student at the Art of Acting studio and developing my most recent work, to be shot soon in October, the short film Pathei Mathos. Now, I’m a senior at USC, staring in a one act play, taking extra units to make up for the lost time, working part-time, applying to grad school, but still (and most importantly)…making movies.

Great, so let’s dig a little deeper into the story – has it been an easy path overall and if not, what were the challenges you’ve had to overcome?
Suffering an accident while doing the thing I love the most in this world was particularly difficult. It took me months to convince myself that it was not a sign, that the universe wasn’t trying to hurt me. It took me even longer to realize what had been obvious all along: had that been a sign or had the universe been trying to hurt me, I would continue to act and make films because this is who I am. Film and acting have rescued me from cultural shocks to family tragedies (oh, and near death experiences) and have reminded me how incredible it is to be a live. It’s not easy for anyone, specially Latina women in film, and I don’t expect it to be. I’m from a community that prides itself for its resilience (“Brazilians never give up” is a thing) so I like to think that facing an overcoming the many imaginable struggles, rejections and broken bones is not only a result of my hard work, but it’s also in my blood.

We’d love to hear more about your work and what you are currently focused on. What else should we know?
I’m an actor-director, currently a senior at the USC School of Cinematic Arts. Although I often work separately as an actor in Brazil and in the US (short films, plays, music videos, soon an indie feature as well), my main specialization and career goal is to become a professional actor-director.

My debut film (as an actor-director) was a short film shot in Australia called “You Can’t Make This Movie”, which deals with the materialism and misunderstanding that often come attached to being an artist. In the same year, I wrote and starred in “Hlywd BB”, a comedy about struggling women in Hollywood and the media’s brainwashing capacity, which is more often than not against them. Still in 2018, I directed and acted in “Recife Mermo” a short drama about the polarizing feelings of anguish and melancholy that group of young people feels about their hometown. Most recently, apart from a prolific acting career in the student short film scenario, I am currently in pre-production for my biggest and most ambitious project to date: Pathei Mathos, an experimental sensorial film about pain and trauma. Pathei Mathos follows a day in the life of a girl dealing with unacknowledged PTSD as we see, through her perspective, how she sees and feels her past pains all around her life. It’s an intimate project that questions the power of not only pain but of empathy.

Most of all, I understand that I still have a lot to learn and much growing to do. Consequently, the stories I tell today may change in genre, intention, shape…and I honestly hope they do, I hope to try new things a “fail a little better” every time. I see every new film as an adventure and an opportunity to fail, and by doing so, to improve.
However, I don’t think I’ll ever stop telling stories about women and about the audacity of surviving the random things life throws at you.

Is there a characteristic or quality that you feel is essential to success?
I’ve always seen passion as the characteristic that has made me move forward. From Brazil to California; from being a drama club kid to an experienced screen actor in indie films; from film lover to filmmaker, my passion for moving pictures and performance has been a constant throughout the hardest and most challenging of times.

An actor soon learns, however, that preparing is the key to performing, that studying the causes are the real and only journey through which an actor is able to present an effective final product in the shape of a performance. This is a lesson I brought to filmmaking: with every project, I make sure to prepare relentlessly during development and pre-production so that once it comes to shooting I am able to confidently lead my crew. Preparation also brings an in-depth knowledge of my own vision, its flaws (and the way to fix them), and most of importantly, it brings solutions to problems that, as an indie filmmaker, I am bound to have.

Finally, the most obvious one: hard work. I learned from a particularly brilliant teacher that one will most likely not be the prettiest person in a room, nor the fastest, but one can be the hardest worker – and that’s what changes the game. I work as hard as I can because it’s important that the final product is always a result of all that I could possibly give. Being a film student in the best film school in the world is an immense privilege that I don’t take for granted, since I made it all the way here, working hard is the very minimum that I owe to myself. 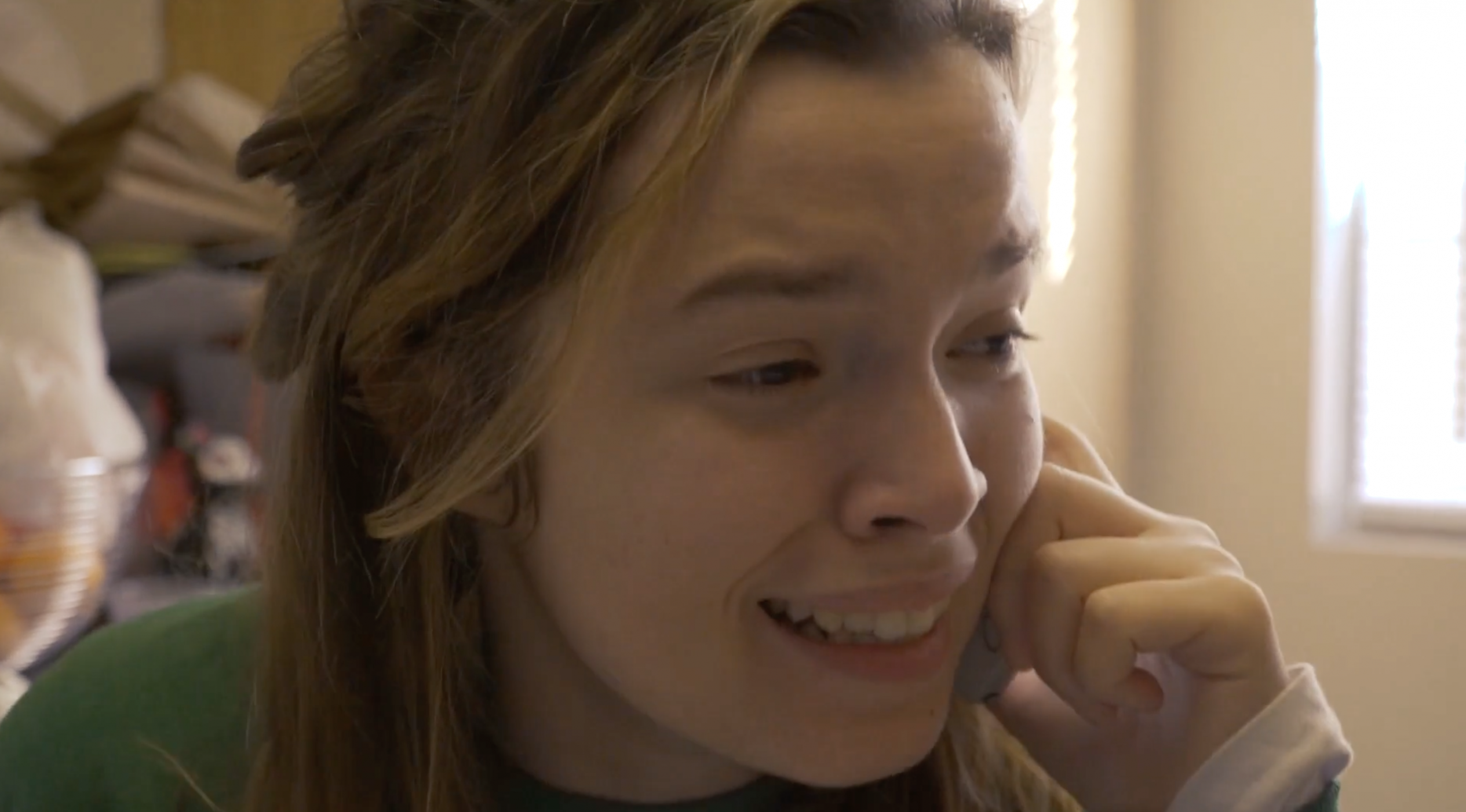 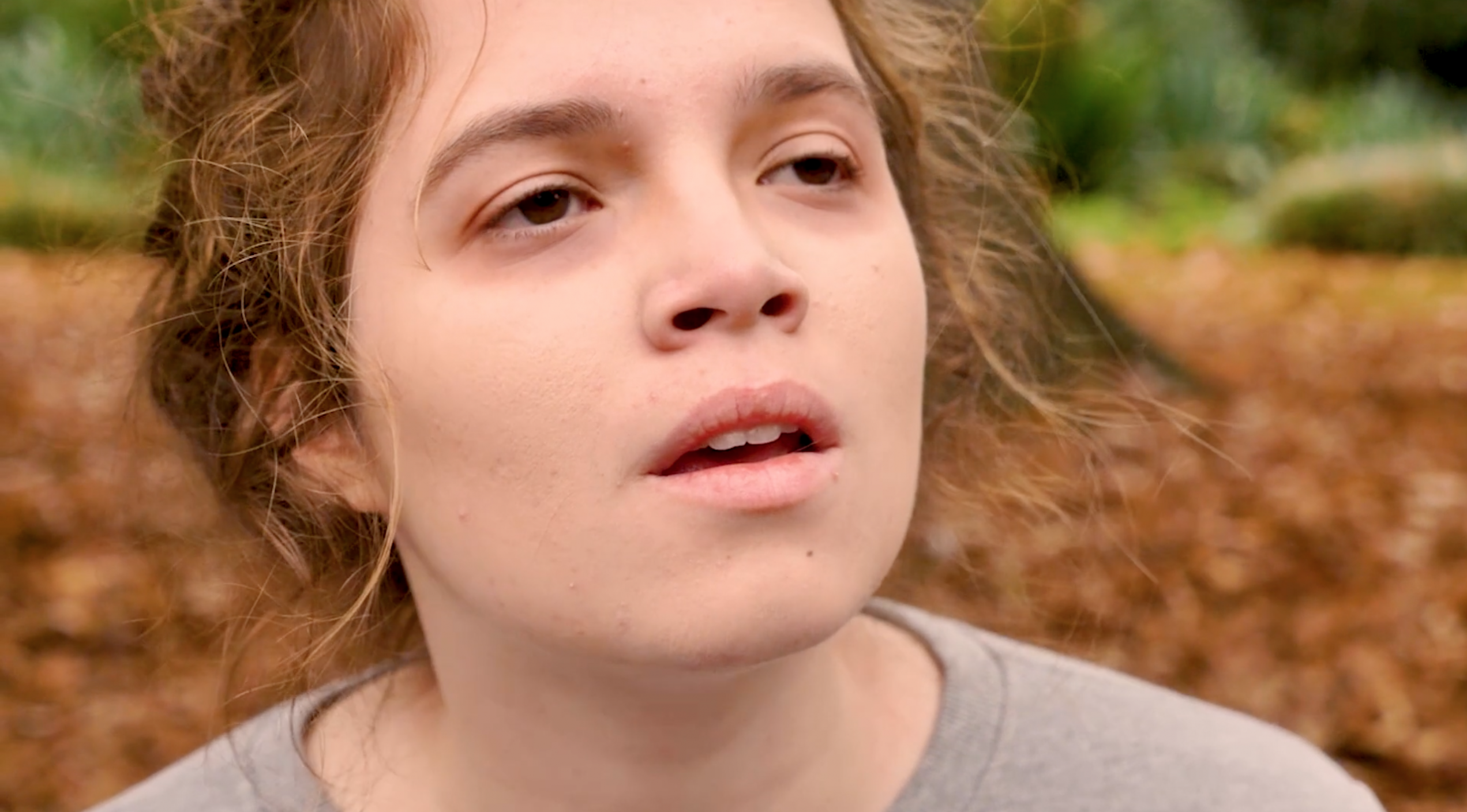 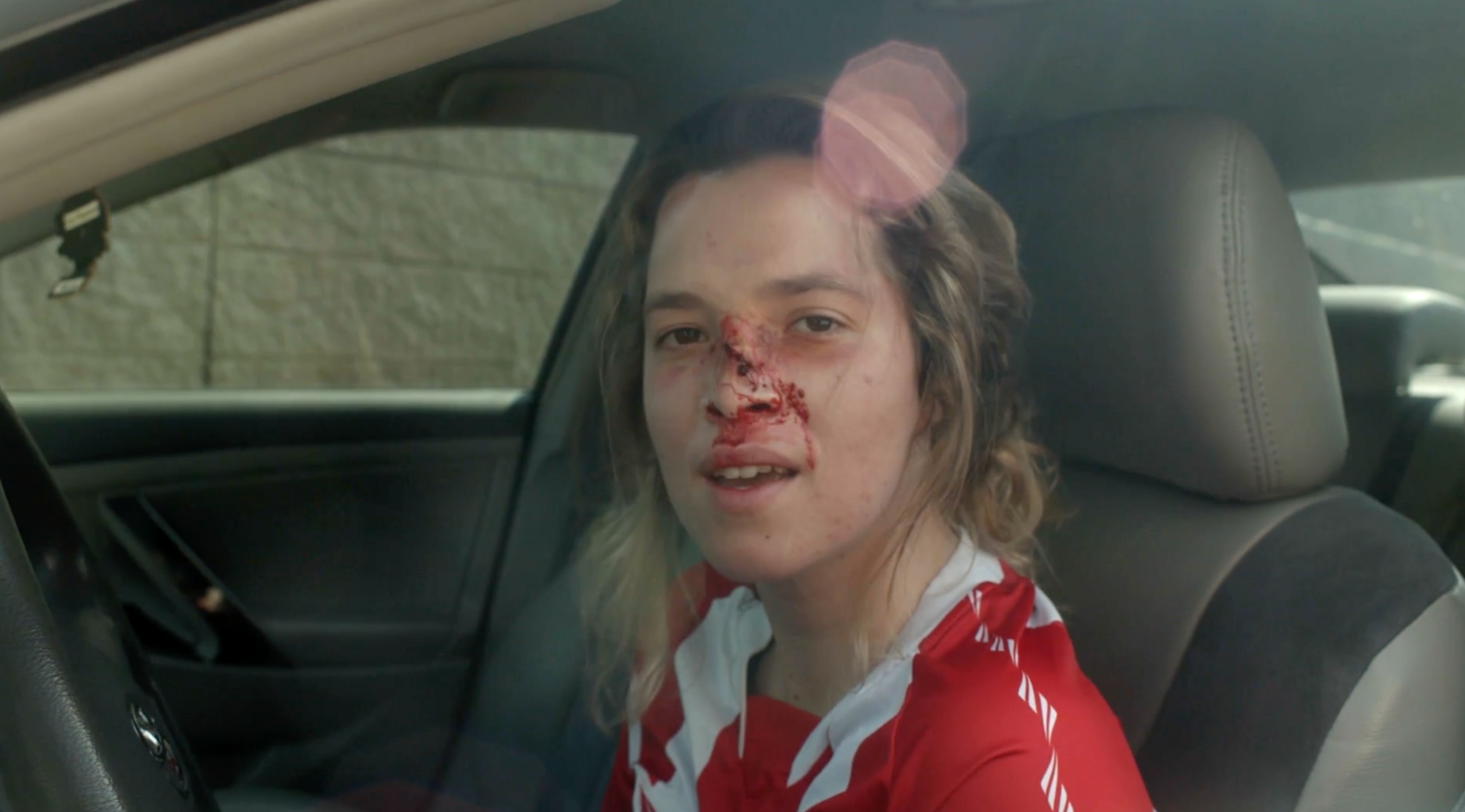 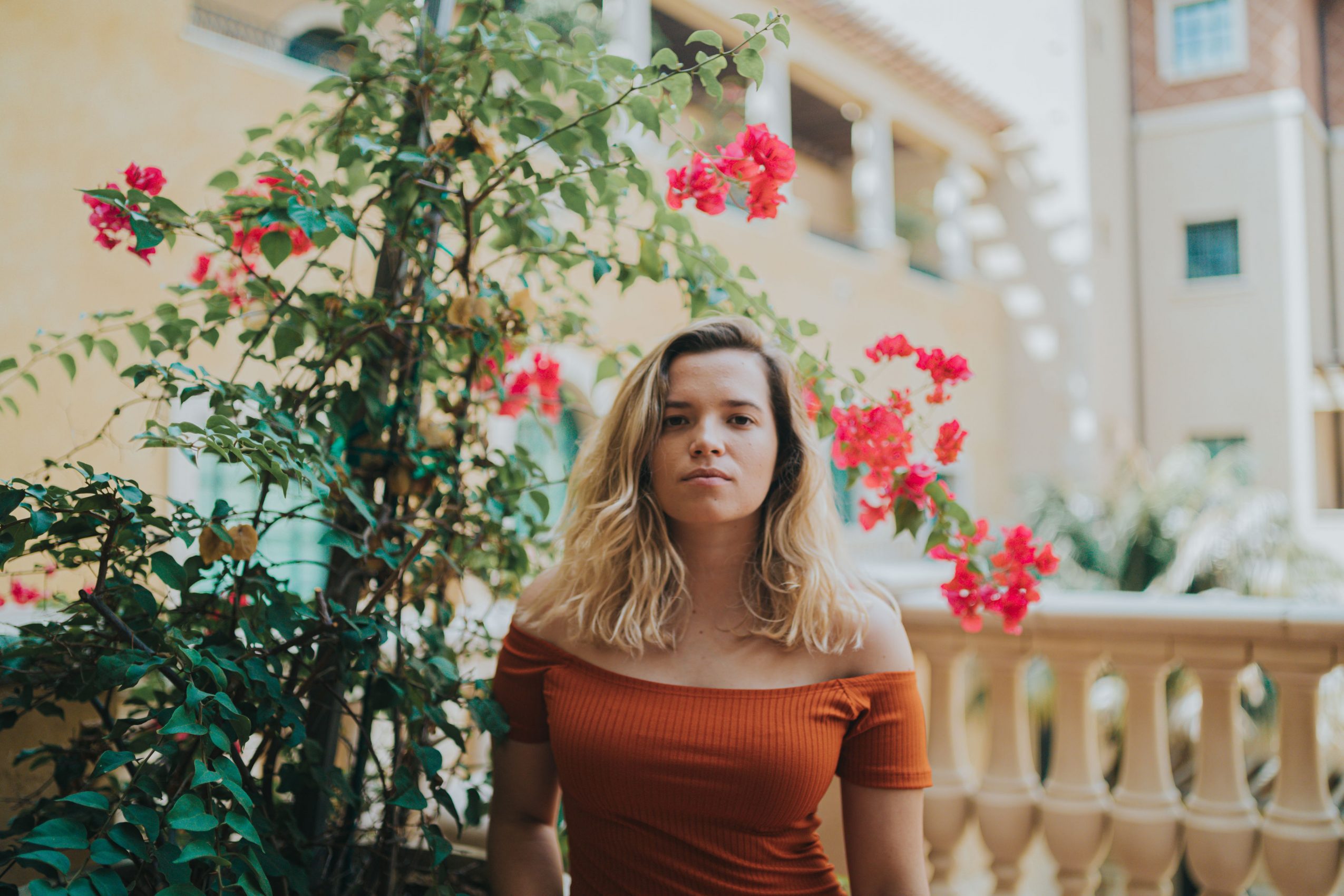 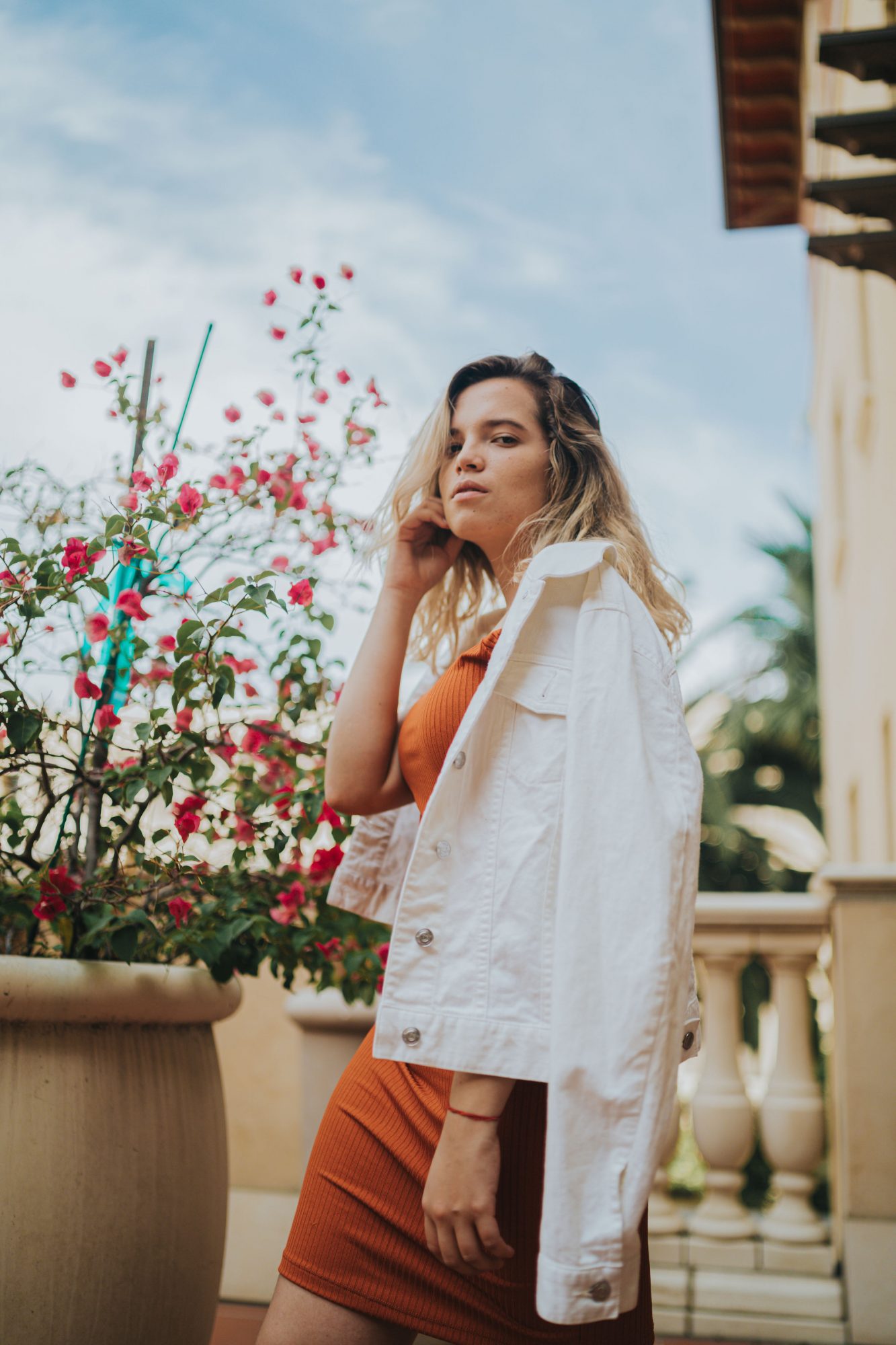 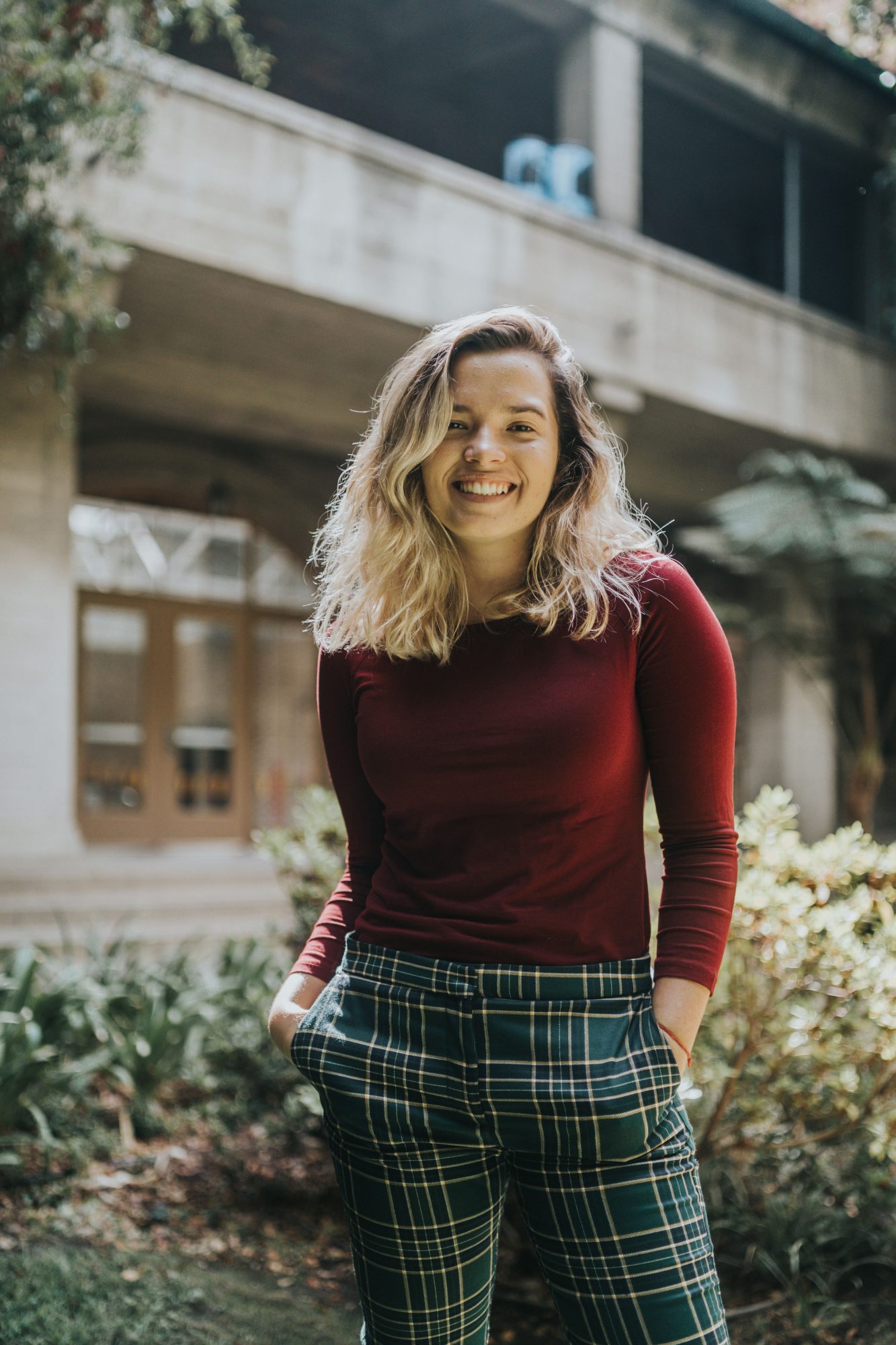 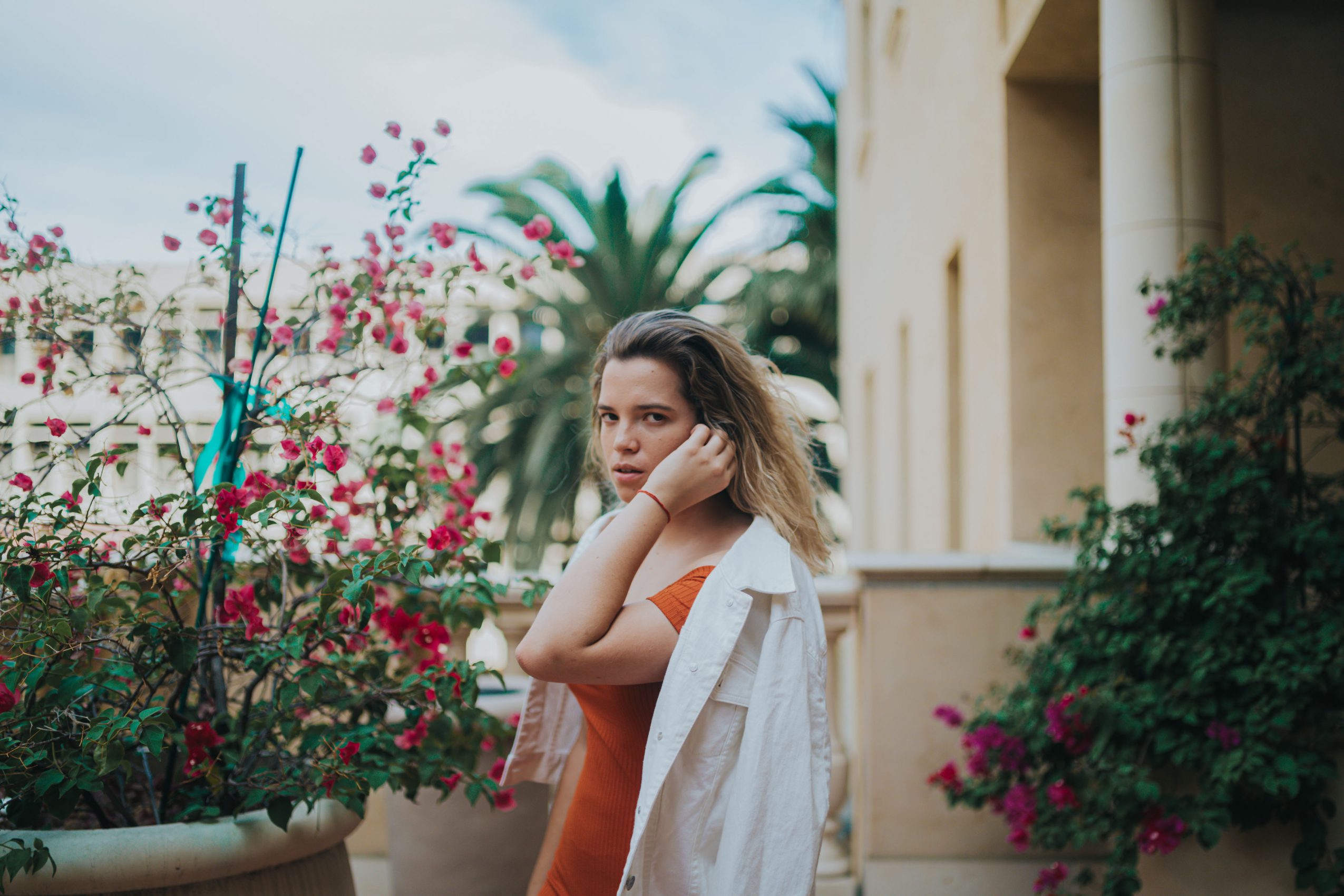 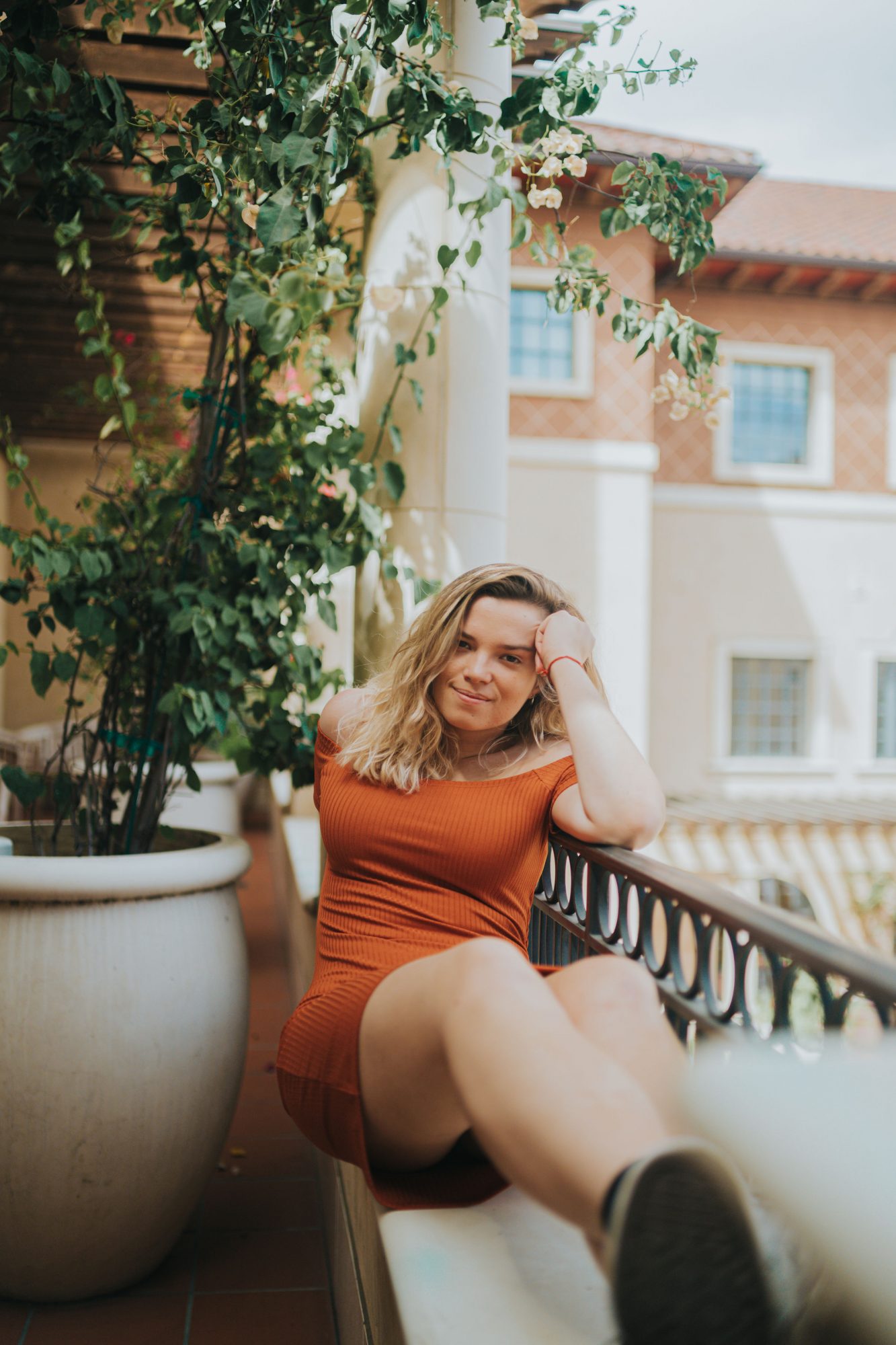 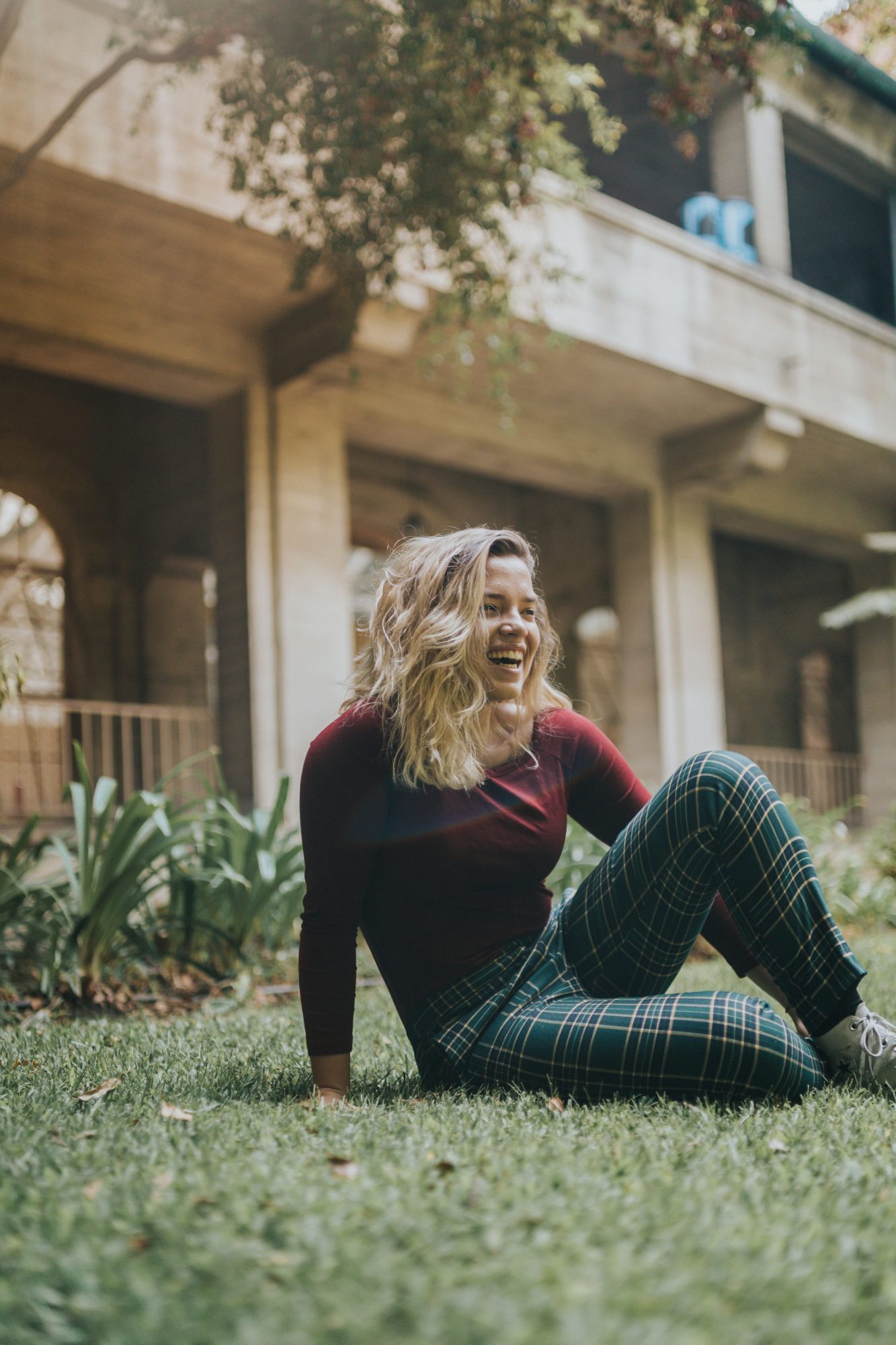