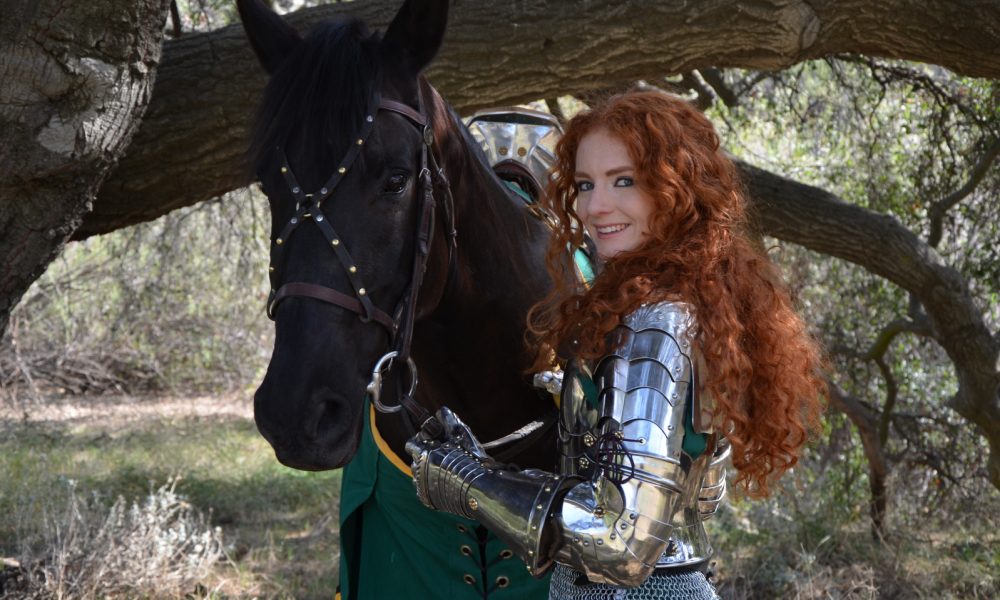 Today we’d like to introduce you to Virginia Hankins.

Virginia, let’s start with your story. We’d love to hear how you got started and how the journey has been so far.
Sheroes Entertainment started in 2012 out of the hope that I could do better. I had been working professionally as one of the world’s only female medieval knights and it wasn’t quite the fairy tale that I had dreamt of. In front of the audience everyone was full of honor, nobility, and pageantry, but behind the scenes, at the Renaissance Fair, there was a large amount of drug use, rampant verbal abuse, and sexism.

The last jousting director that I worked for was pretty hard on the horses as well. I almost saw two stunning horses barely escape being light on fire due to gross negligence and others almost run into fences for the director’s lust for “spectacle.” Women, in general, were not made welcome by company owners in that world (I mean, really, when have you EVER seen a female knight at a place like “Medieval Times”) so, unlike the men, who could just apply and be given horses, armor, weapons, and training, I had to buy it all myself which was expensive and a huge challenge. I did make some amazing male friends in the other hired knights, but, as culture and safety come from the top, things were pretty bad and my boss would spend most of his time backstage screaming at either his children or me about how worthless and stupid we all were.

Thankfully, at that same time, I was working for a totally different male director – in space. JJ Abrams was the director of “Star Trek” at that time and I was on the Enterprise crew. I was spending my weekdays in space where JJ would greet everyone, regardless of rank, with professionalism and humanity every morning. Expectations were high, just like with the medieval shows, but rules were fair and constructive coaching was given.

Hours were monitored and people were paid on time. If someone was having trouble then another person would step up to keep the show moving. It was literally like going from night to day. Seeing that someone could be as incredibly successful as JJ Abrams while being fair and respectful stuck with me, giving me the sense of chivalry that I was looking for and sadly failing to find in the Renaissance Fairs.

A person can only be screamed at for so long and I took a chance on listening to JJ’s encouraging voice from set in my ear that I WASN’T worthless, that I was a decent performer, and that I was able to learn – all of those terrible things that that one “noble” knight director would nastily say, so I went looking to get as far away from the land of sand and swords as I could… which, as luck would have it, looked a bit like the fabled kingdom of Atlantis. It was an underground water-filled cave in Mexico with one of my best friends to this date, internationally famous photographer Brenda Stumpf.

Brenda was working on a project and knew that I had a background in SCUBA diving. She offered me a spot on the trip as a model and gave me the creative freedom to bring a few outfit choices for fun between shoots. Out of total “bucket list” thinking, I decided that I wanted to be a mermaid for the shoot. I had no idea that mermaids would be the next six years of my life.

Brenda, Jessica Dru, and I worked together to build our first mermaid tails for the shoot and six years later I have performed in front of most the Hollywood elite’s children, amassing a powerhouse of an improv and stunt acting team of employees that do everything from running haunted houses to delighting billionaires from China and both domestic and foreign royalty. We’ve done thousands of appearances now, working with tens of thousands of children, and working towards our common mission to inspire the belief that anything is possible through the celebration of imagination and learning.

Over the years I’ve learned from the people I worked with and keep trying to build a Camelot if you will – a place where professionalism is valued, people are empowered with the training and skills that they need to excel, and a place where magic is created from every single phone call. I can’t wait to see what new chapters the fairy tale of Sheroes Entertainment will have next.

We’re always bombarded by how great it is to pursue your passion, etc – but we’ve spoken with enough people to know that it’s not always easy. Overall, would you say things have been easy for you?
Owning your own small business is a challenge. It’s hard, expensive, and time-consuming. Throughout all of it, I have maintained an additional full-time job to be able to invest more of what Sheroes makes back into its people and assets.

Something that I didn’t know was how incredibly hard it is to find a balance to be a kind and fair boss. It’s this balancing act that you’re constantly working on trying to get right. My heart was absolutely shattered about two years ago when one of my featured male performers, a gay man that I considered to be my best friend, was found to be secretly disclosing my company’s private, confidential, information during a large contract negotiation. Even when your data security person is showing you the emails of what the person did you still don’t want to accept it.

I couldn’t believe that the man I’d tried so hard to promote and create opportunities for had been going behind my back for months on that and other work… It was absolutely devastating and left lasting wounds. Until that point, I thought that if I tried my hardest to promote people and open opportunities for them that it would mean that they’d be loyal and happy. Instead, I have learned a lot about ego and greed.

With every termination, you learn a bit more about people and how to screen out people to make a more honest and hard-working team. Expectations management on employees and clients is simply the most important thing in business. I take a long time to hire anyone now and know to give them enough time to reveal their character instead of only looking for charisma.

Our clients include past presidents, foreign royalty, Hollywood film and TV studios, international publications, product brands, and families just like yours who value creating memories together to cherish for a lifetime. We delight in bringing dreams to life for people and businesses who care about safety, charisma, quality, and style.

What sets us apart from other party entertainment companies is our attention to detail and safety. We are one of only two California character companies out of hundreds are known to be operating legally and in compliance with state insurance laws and the only party company in the USA to be sanctioned by the American Red Cross for our lifeguard training program on our water-based teams.

Due to our team’s in-depth training on acting and performance art teamed with its deep resources on costuming, film water unit safety, and hospitality industry training we often cross over to both film and hotel work.

What were you like growing up?
I was always extremely busy, active, and driven. I was one of those kids that had to be at the top of the class and actively looked for ways to learn new things. From the time that I was a baby, I loved horses and most other animals. Wanting to have a horse inspired me to work hard to be able to eventually have them as an adult. 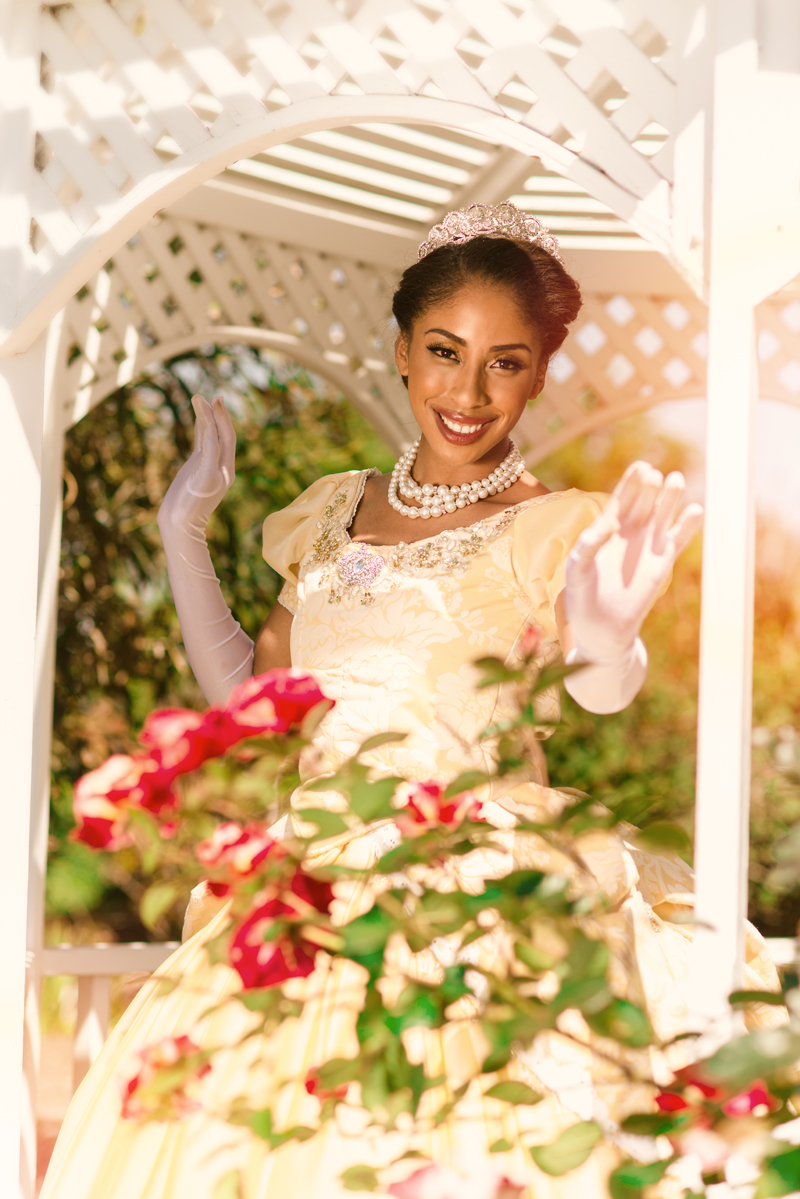 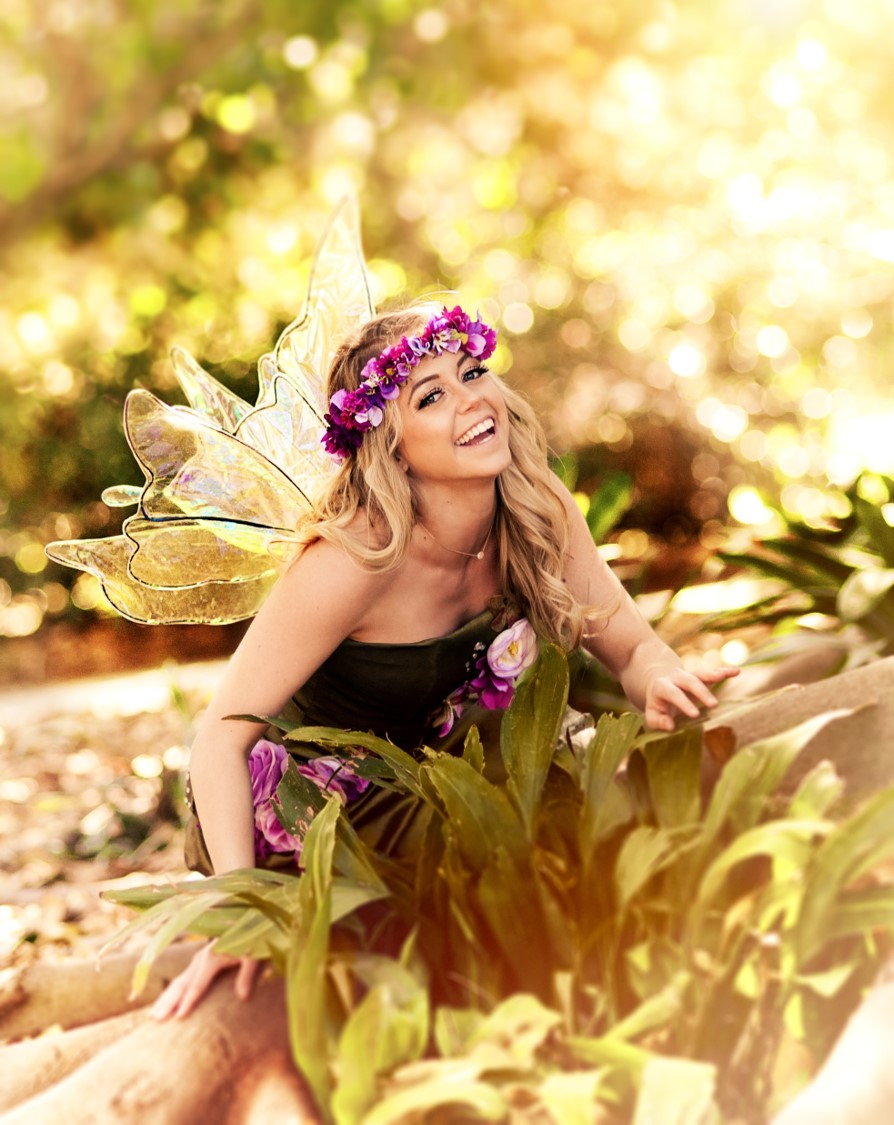 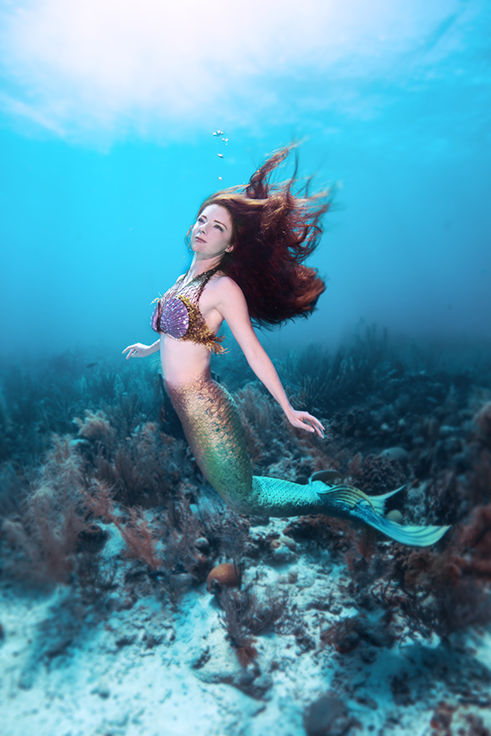 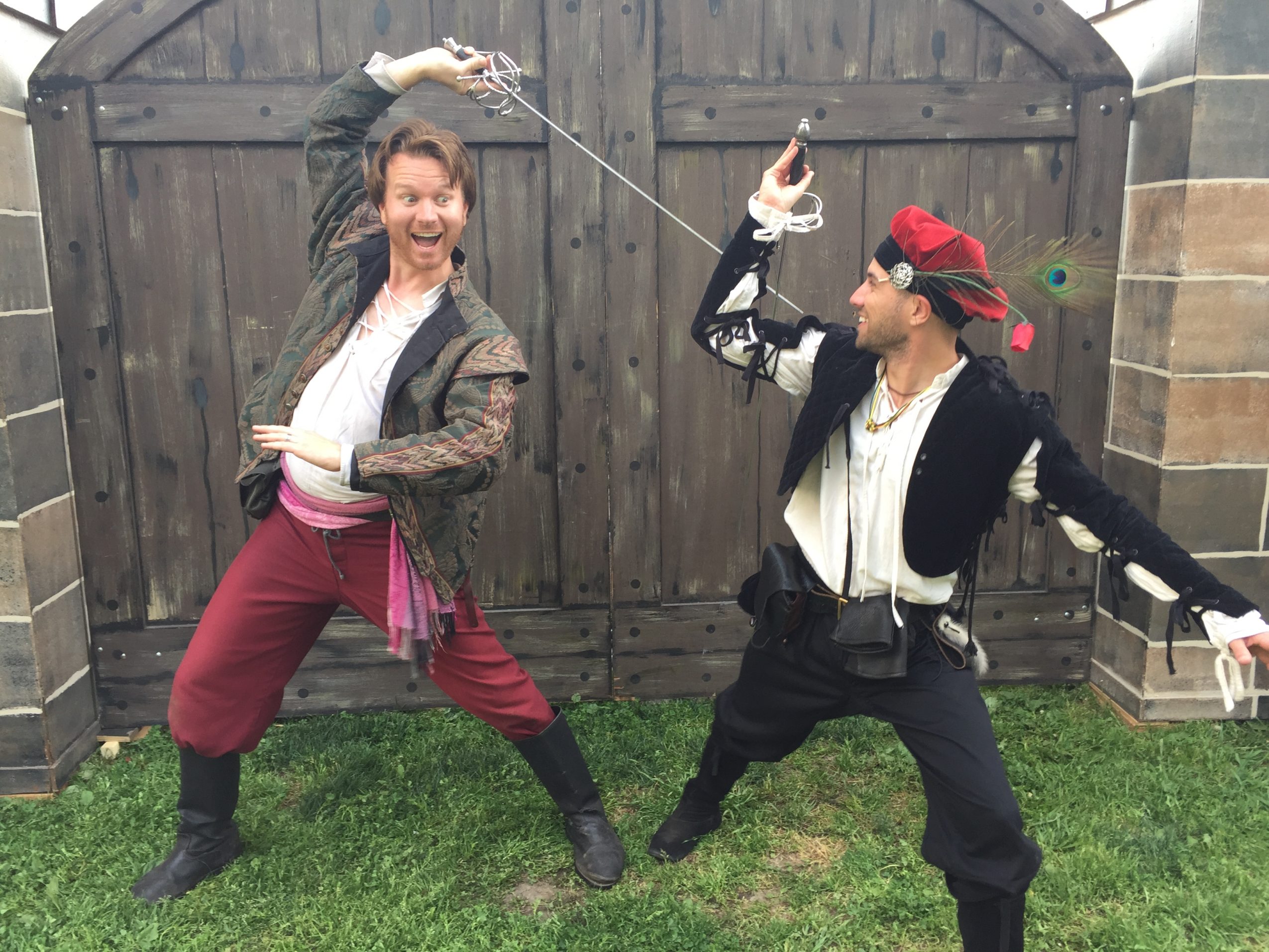 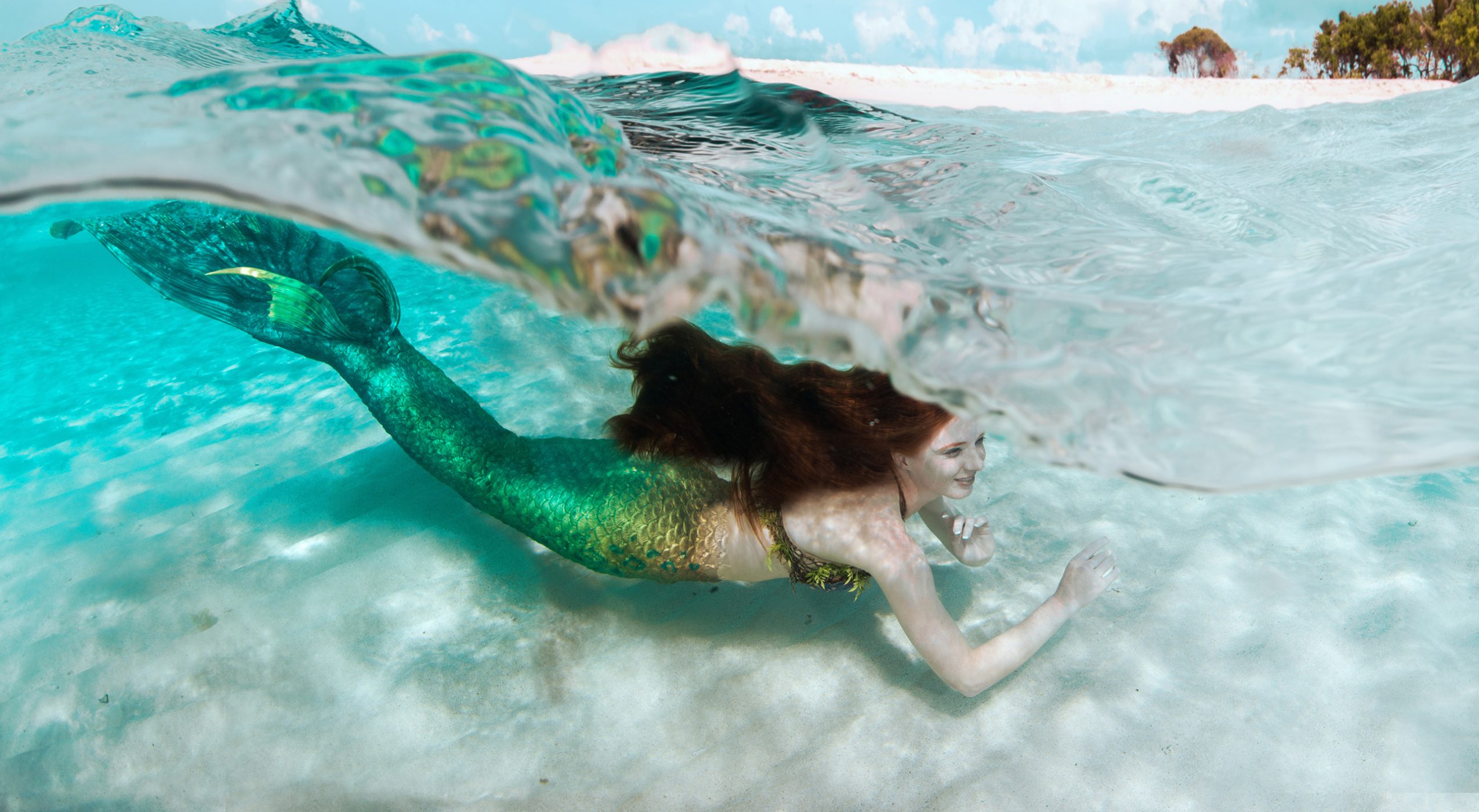 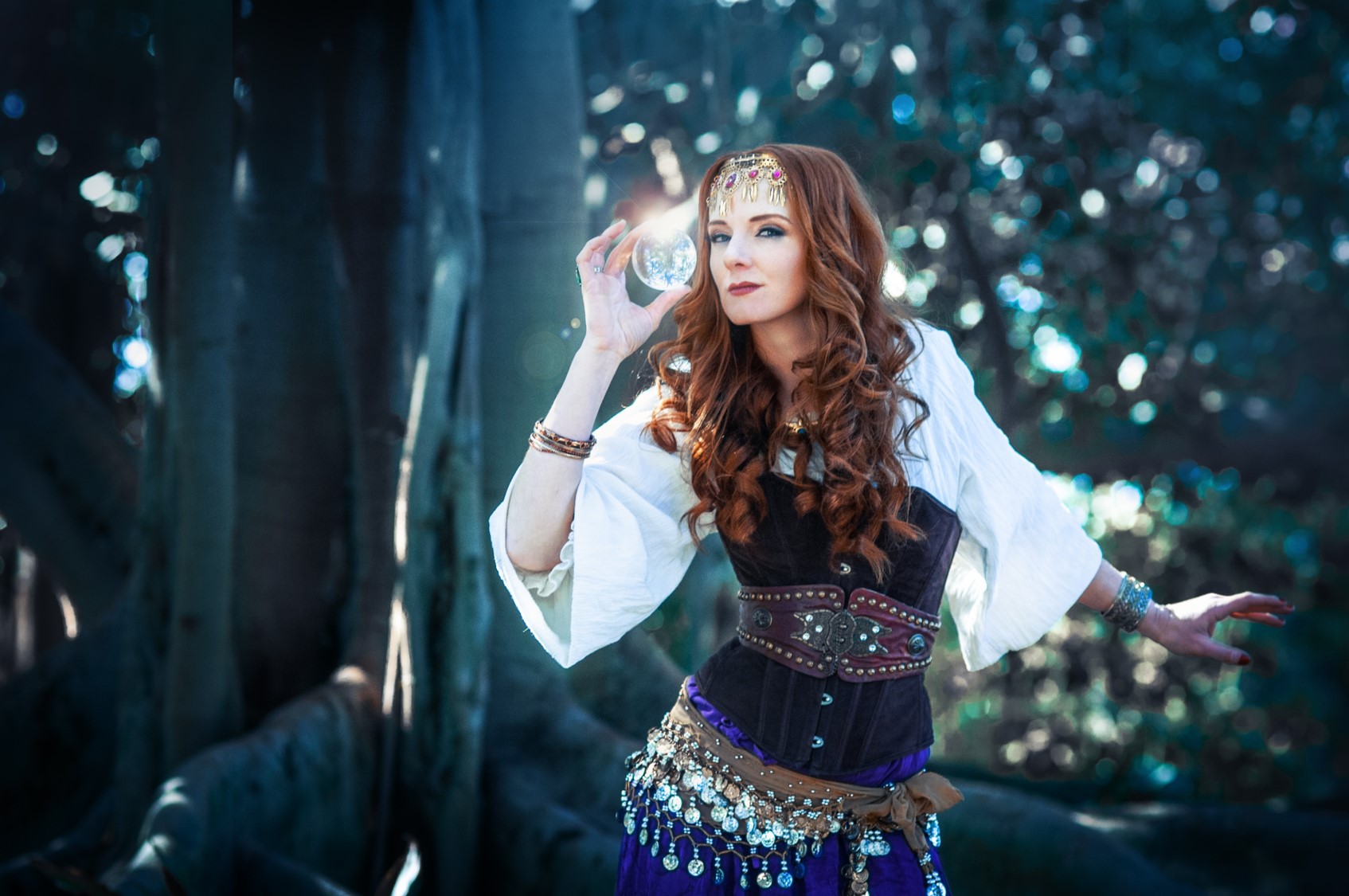