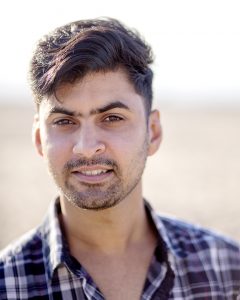 Today we’d like to introduce you to Virat Vakharia.

So, before we jump into specific questions about the business, why don’t you give us some details about you and your story.
Every successful professional wants his son to take over his job/business when he’s ready. Before jumping to my story, it is very important to know a little bit of my father. He is a Textile Businessman, a Fashion Designer and an Actor. In short, he is an artist. He has been a very successful Textile Printing Master in Surat, Gujarat, India. Later on he started his own business in printing and garmenting, from scratch to finish. He never had a thought of me going into the same business and take over his seat. My father and I had a similar dream for me being an artist. My whole family has been very supportive and happy for me for whatever I have been doing so far. However, some of my family members wanted me to do any regular course, such as B.Com or Business Studies or any other field where after studying I can apply for normal 9 to 5 jobs. Those thoughts caught my mind and I wanted to talk to my father about it. So, one day I casually started having this conversation after I finished my high school. I actually wanted to convince him that I wanted to go to Mumbai and start business studies. He knew that I was not ready to do that. He knew from the beginning that I was an artist. From childhood, I have been doing Singing and playing instruments, like, Harmonium, Keyboards and Piano. So he knew that I was only interested in Arts. Back to that conversation, I was having my after, so started with a question, “What should I do? Should I start B.B.A. from any college I Mumbai?” He immediately rejected that question saying, “No. Why do you want to waste your three years of your life behind doing what you’re never going to use.” That was really shocking for me. Because it was really unusual of a father saying to his son go to the arts field which is really risky and it requires luck and a lot of patience. At the end of that conversation, I was totally convinced. So I started a Photography school named Shari Academy from Mumbai. It was a two year Diploma Photography course. It was very professional and intense. I learned there almost every little aspects of photography and the business. While studying with the help of my father we opened our own Production Company named Virat Hindustan Pictures. It is a registered name and it is registered under Indian Motion Pictures Producers’ Associations as a Production Company in Mumbai. We started making short films, fashion films, fashion shoots, weddings in India. We shot in Mumbai, Calcutta, Delhi, Banaras, Nepal, Bangalore, Ahmedabad, Vadodara, Surat, Jaipur, etc. During that period we made a Traffic Awareness short film which was awarded as a best short film our state and was shown in all the movie theatres across our state before the Feature Film starts for the awareness. It was really a proud moment for us. Because of that recognition we got so many different short film projects. I made a short film on Parenting for a Social Worker Group in our city Surat, Gujarat, India. Also made a Fashion Short film for a renowned ethnic wear website which was shot in West Bengal and got so many recognitions. Going to New York Film Academy, Los Angeles was a dream from high school. It was really a dream to go to NYFA and learn Acting and Filmmaking. I talked to my father about it. He already knew and he wanted to send me there too. One evening we were relaxing and suddenly he asked me to apply in NYFA. I was surprised and I did it. Immediately I got reply from School about tuition and all. I got all the information which were needed for an application. I fulfilled everything and waiting finger crossed for my student visa. I got my student visa and came LA. Oh My God! I really couldn’t believe my first day in LA. I went to my relative’s place. The next day I went to school with my cousin. I really couldn’t believe that I was in Hollywood and I was going to study in my dream school. I did a short program eight weeks Film-making program. I made seven short films in those 8 weeks. It was an awesome experience and great learning. After finishing those eight weeks, I went back to India and reapplied for BFA in Acting for Film. I started acting with technical knowledge. It’s been a great experience so far. I am currently in my 5th Semester of Acting Program and I still photography and keep running my Virat Hindustan Pictures from here in India. We are still making great short films, mostly Fashion Films as my father is into fashion and I am the person who is making films on that. It is always been great for me. It was not always hard for this business. There were a lot of tough times for me where I wanted to close my company and just do freelancing but I still believed in me and kept it running and now is the very well-known Production Company in State Gujarat and still growing here in Hollywood.

We’re always bombarded by how great it is to pursue your passion, etc – but we’ve spoken with enough people to know that it’s not always easy. Overall, would you say things have been easy for you?
Ah! If I look back now, whatever ups and downs I had to go through seem so funny. There were so many moments where I really wanted to quit this. I remember when I was in Mumbai, I could see around me, so many successful and many talented people. They were so talented that I really felt so much insecure. I didn’t really know what to do and where should consult about my feelings! It was really an excuse for me not to work at that time. I was actually living alone in Mumbai. I didn’t really had so many friends or even a roommate with whom I can even share my day at the dinner table. All those things were bugging me. It was all after I started my company. It was also a pressure to market my company and get more and more work, on top of all that my insecurities. I actually did stop shooting and making films. I stopped doing my assignments from school. I was getting good marks on my pictures and appreciations from my classmates, it all stopped at that time. I was so much stuck at that time. I couldn’t talk to anyone about my feelings, not even with my parents. Because I felt that if I did tell them about my feelings, then my father would be so angry that he was paying that much money for me and I was feeling that way, so I resist the idea of sharing my feelings. I kept to myself. But once I flew to LA, all the insecurities were started to fade away. I don’t know how, but it did start to fade away. It is still there right now, but now at the peak level. I still have that feeling of being insecure about my project or my work. That phase was really tough for me.

We’d love to hear more about your business.
The name of the company is Virat Hindustan Pictures. Let me tell you the meaning of my company’s name first. Virat means Huge/Grand, which is my name. Hindustan means India and Pictures. So I am actually honouring and respecting my country with my company’s name. In my company, we make short films for Social Awareness, Traffic Awareness and Positive Police work, Fashion Films, Narrative Fictitious Films. Apart from that Wedding, Fashion, Architecture, Maternity, Children, Product Photography are also our main service. My company is mainly known in city for a Short film on Traffic Awareness, I have also mentioned in my story. It was screened in all the multiplex theatres across Gujarat State. The main reason for us that sets us apart from others is our thinking. We have created some products that people wouldn’t believe that could be done too and we had produced that. The short film about Traffic awareness I was mentioning here was so famous and won an award. It was only because it was totally different, unexpected and grand. We have always went for the best of the best options. I personally have the choice of the best.

What were you like growing up?
When I was five years old, there was a film called “Kaho Naan’s Pyar Hai” that means “Tell Me You Love Me” was released. Hrithik Roshan and Amisha Patel debuted in that film. I watched that film over and over. That film has a huge impact on my life. Because of that film, I had decided that I wanted to go into films and television or any visual entertainment field. My family was always supportive of anything I wanted. While growing up, I did a lot of different things. I was not really interested in sports, but more in arts like music and photography and films. My grandfather was a singer in a temple. He was really very famous in our city. Everybody loved his singing and nobody could sit silently but wanted to dance and sing along. I always wanted that. So I joined Music school. I hold a degree in Indian Classical Music, Singing and playing Harmonium (Indian Instrument). Though I was not really interested in sports, I joined Roller Skating. I Skated 14 years, I was three times national champion, but didn’t get cache to go for Internationals. I don’t regret it, because I was doing what I loved more and it was music. After passing high school, I directly joined Acting School in Mumbai and then joined Photography school in Mumbai. 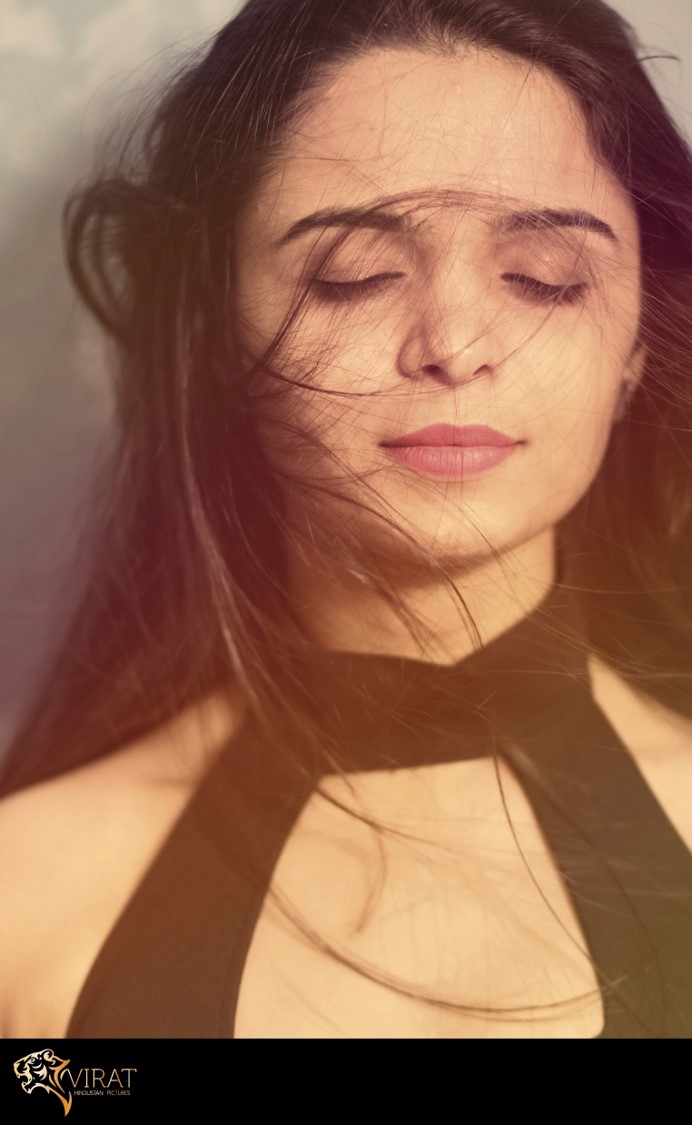 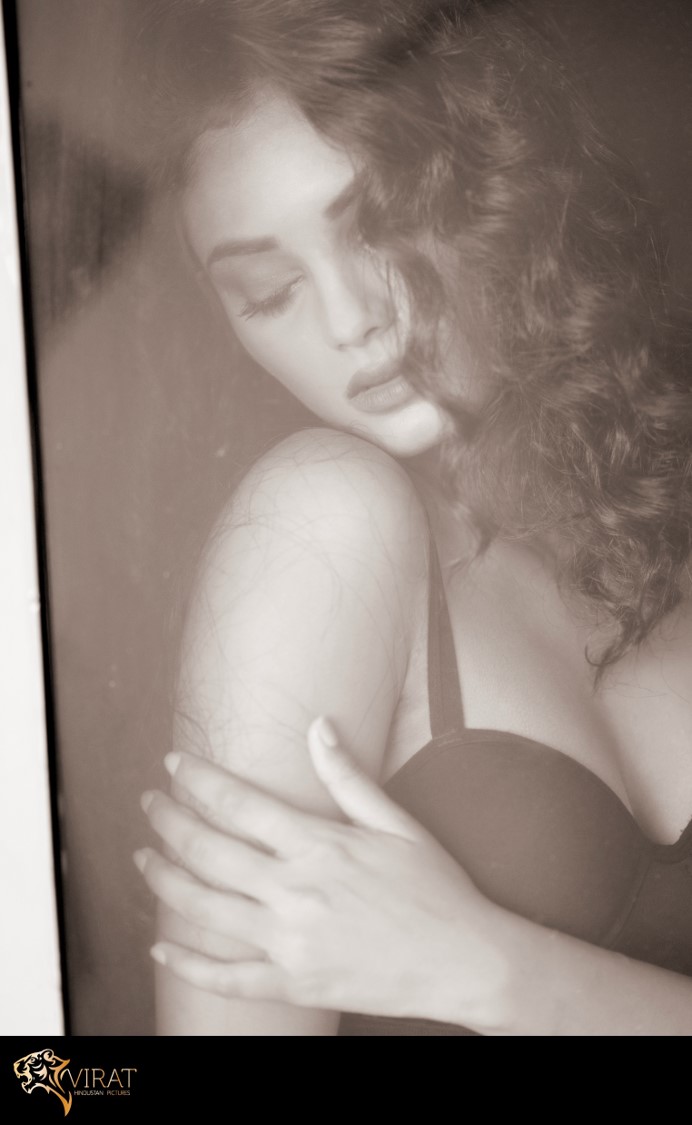 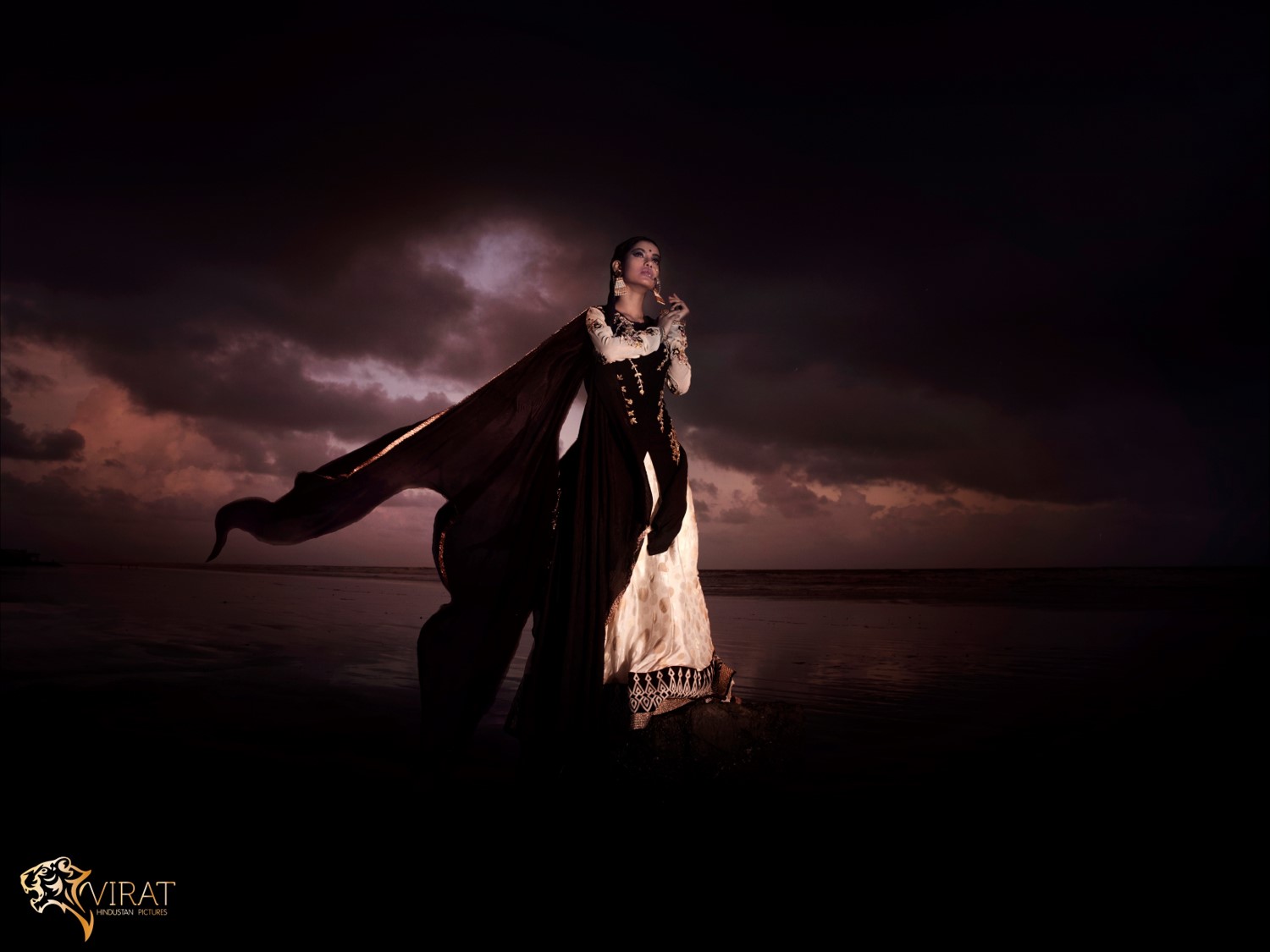 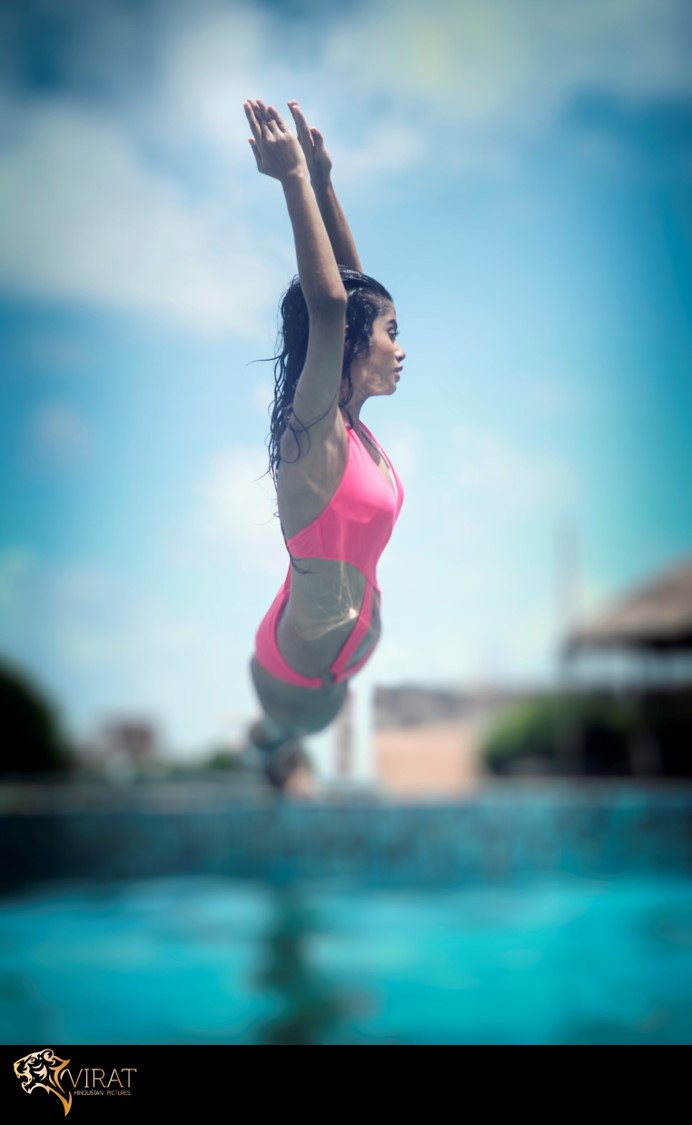 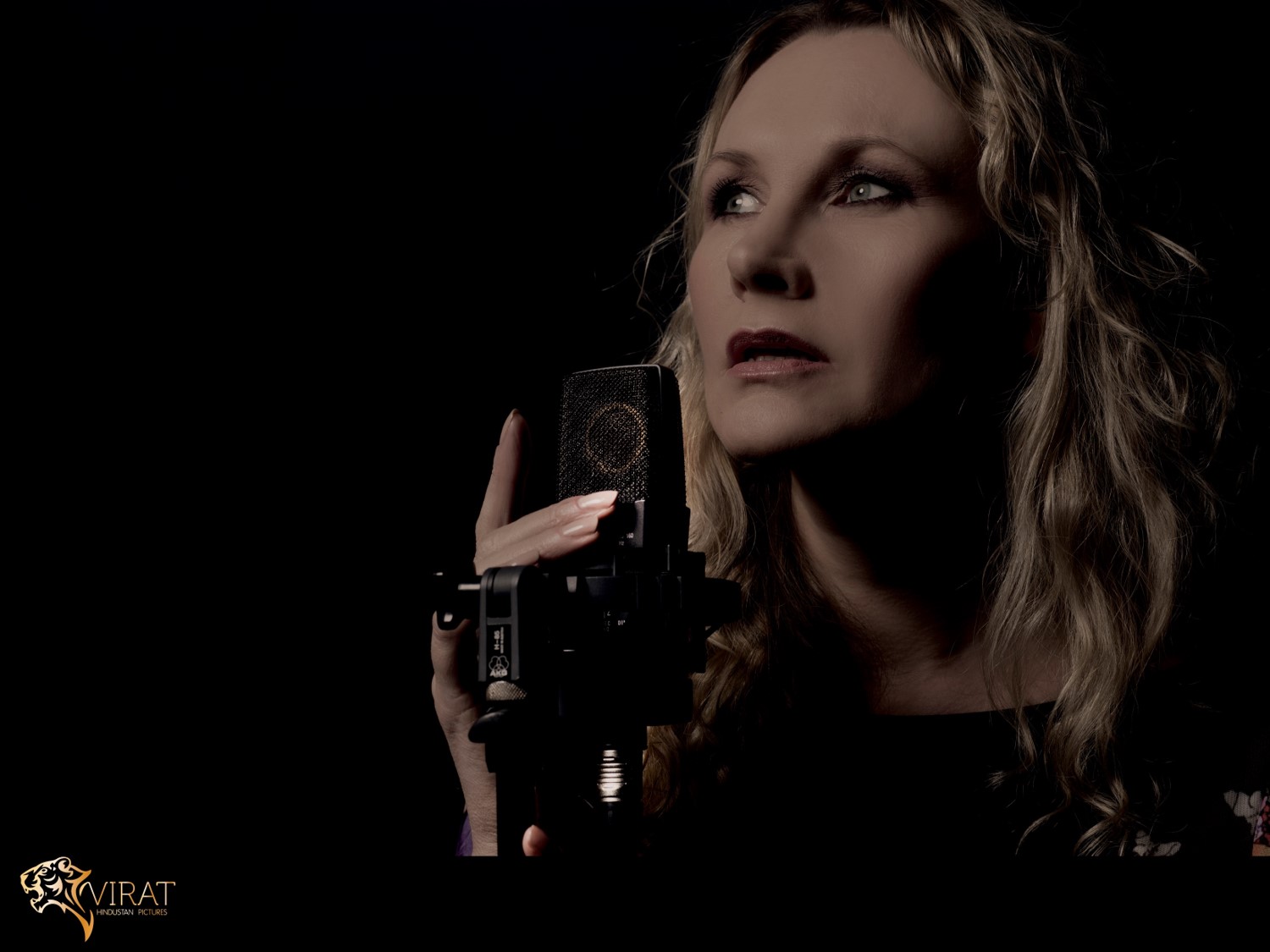