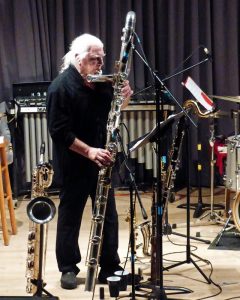 Today we’d like to introduce you to Vinny Golia.

Thanks for sharing your story with us Vinny. So, let’s start at the beginning and we can move on from there.
I grew up in the Bronx, my dad worked at the Bronx Zoo and occasionally did extra work at Yankee Stadium in the fall, later in New Jersey he had second jobs with the Post Office and various gas stations (he was a mechanic). My mother worked as an Accountant and Bookkeeper for A & P. I learned to draw and paint when I was a kid exploring the Zoo.

Later on, I was torn between becoming a visual artist or veterinarian but went with the idea of visual arts. I did not want to go to college but my mom & dad insisted especially since I had had a number of unusual jobs out of High School. I also did a lot of Drag racing on and off the street. Eventually, I went to College for visual art, after graduating I taught 6 & 7th grades, but then I discovered the world of Jazz & Improvised music and started to draw and paint at various New York Clubs which led to shows using my paintings are graphic notation. I moved from New York to stay in Los Angeles finally in 1973 I believe, and once here, I started this path of music. In 1971, I have already decided to get a soprano saxophone to help explain to the musicians what I wanted, but the more I played it, the more I started learning about music and such so I taught myself how to play all the saxophones, flutes and clarinets, some bassoon and English horn, then woodwind instruments from all over the globe, gongs and singing bowls once I settled in LA.

We’re always bombarded by how great it is to pursue your passion, etc – but we’ve spoken with enough people to know that it’s not always easy. Overall, would you say things have been easy for you?
Not at all, I started all this when I was 25, did not know anything about music, but I tried to find similarities in the visual art world and music world. I also was very interested in very advanced musical ideas but had nowhere near the technique to express them. So the learning curve was very steep and a lot of my friends thought I was crazy to abandon a good, burgeoning visual art career to start over to play music that was rather abstract There were also economic and personal struggles to overcome which I was not the best at solving

So, as you know, we’re impressed with Nine Winds Records & Productions – tell our readers more, for example what you’re most proud of and what sets you apart from others.
We concentrated on the so called New and Improvised music from the West Coast of North America. We released music from Canada to Mexico. We brought attention to the myriad of artists that were basically ignored by the press at the time on both coasts. We did this using our money and monies from the artist themselves and created a paradigm that most indy labels still follow today. We worked in collaboration with the artists on the label as a core to expand and bring attention to many of the west coast musicians even if we did not always release music by them.

So, what’s next? Any big plans?
I personally would like to expand the concept of orchestral music using improvisation and various alternate forms of notation. We are now working in collaboration with other labels that have used our model to create their own companies to release music through as many formats as possible. Personally I am planning more Large Ensemble concerts throughout the United States and Canada, perhaps more in Europe while still maintaining a small ensemble presence locally and abroad. I teach and have taught at California Institute of the Arts for the past 20 years and bring a lot of this freer conceptual and practical approach to the students there encouraging them to think outside the box when it comes to being a creative artist in today’s world. 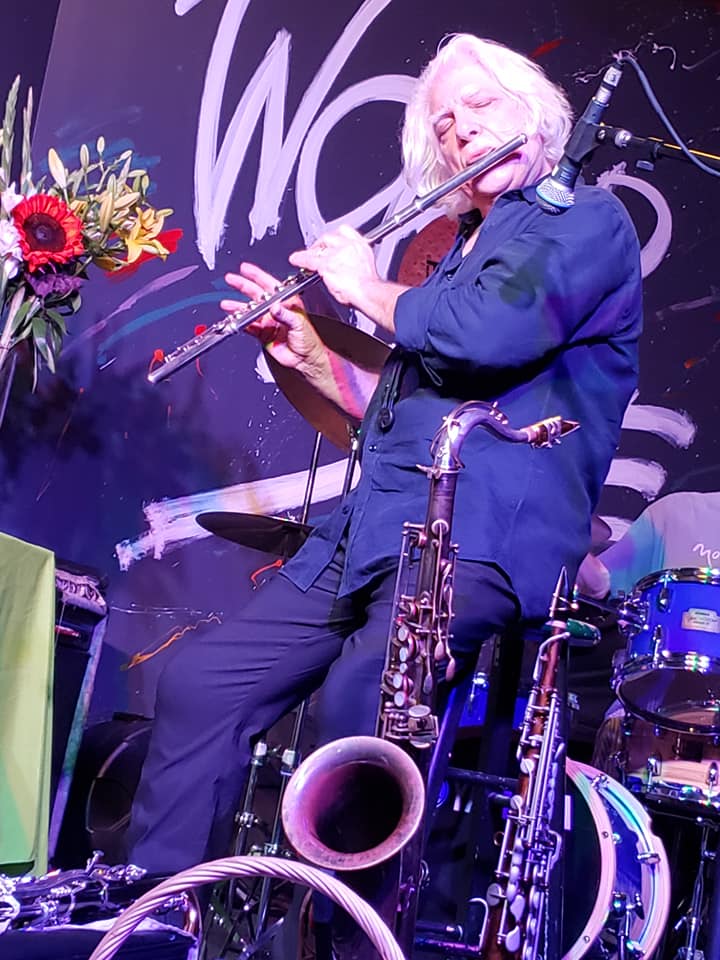