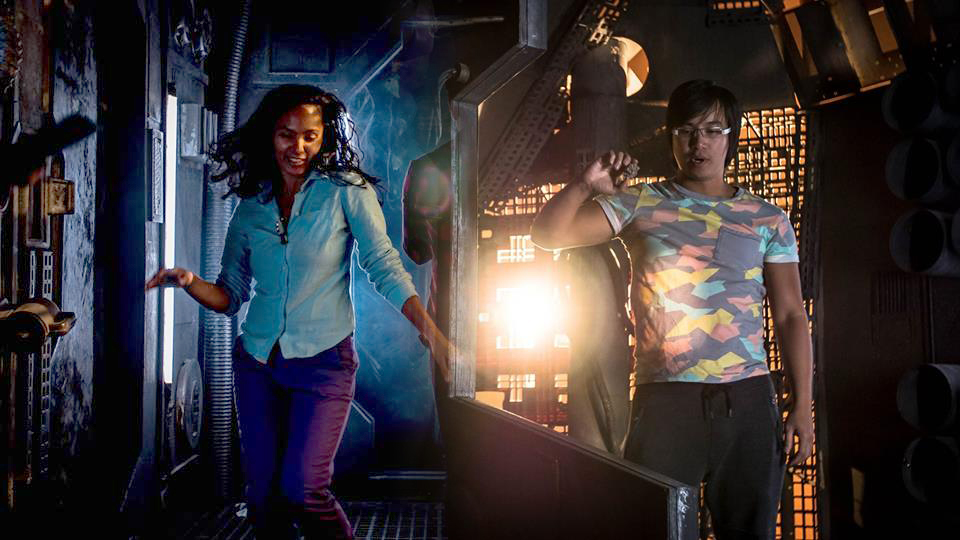 Today we’d like to introduce you to Vincent Tran, Riyaana Hartley.

Vincent , Riyaana , can you briefly walk us through your story – how you started and how you got to where you are today.
Love Entertainment was established in 2010, by Riyaana Hartley and Vincent Tran, to create films that inspire and remind us of the power in our humanity, films that remind us our greatest strength is love. To fulfill on this vision, Love Entertainment proudly produces female driven stories with women above the line and behind the camera to more holistically represent the human story, movies with meta narrative.

Since founding the company, Vincent and Riyaana have since gotten married and have been producing, directing and writing together for 8 years in Los Angeles. They actively participate as members for non-profit organizations such as Women in Film LA, HeForShe, United Nations: Women and serve on the board for Fly ButterFly.

Riyaana and Vincent saw their opportunity years ago when studios started producing an increasing number of male dominated superhero films. Hollywood’s lack of development and respect for female super heroines left an untapped and unexplored universe for Love Entertainment to bring to the big screen. Riyaana and Vincent wanted to reinvent how audiences experience and perceive women in movies by more authentically presenting their appearance, motivations and complexity. It was about honoring female characters and feminine qualities and this is where it all began.

In 2014, Vincent and Riyaana created an origin story about DC Comic’s Supergirl called “Girl of Steel”. The timing was perfect and the film received an uproar of support from the comic con circuit.

“Girl of Steel offered a version of Supergirl that could seemingly exist in the same universe as television’s Arrow and The Flash…”, Rich Markshall, Movies.com

With positive reviews from critics and fans, demand was high for more stories that celebrated beloved female super heroines and comic characters. Motivated and inspired, Vincent and Riyaana set out immediately to produce their next film.

The following year “Batgirl Rises” released and became an instant success. The film took Love Entertainment to comic cons around the country and across the globe. At the Middle East Film & Comic Con, Riyaana and Vincent premiered “Batgirl Rises” and presented at the ‘Creating Female Heroes in Cinema’ panel. It was here during their visit to Dubai, city of the future and innovation, that the filmmakers realized the demand for not just female super heroines but for female characters period. The time had come to create an original story for a global audience.

In 2016, Love Entertainment produced their first feature, a sci-fi drama called “One Under the Sun”. A film about a female astronaut with a gift to end war, One Under the Sun was privately financed by a group of advocates and investors who champion peace and equality. After a world premiere at the Cannes Film Festival, the movie took off with a successful Los Angeles Theatrical run and distribution on HULU, Amazon Prime and Netflix.

“One Under the Sun brings audiences on an emotional journey and challenges their notions of war.” – Stan Lee, Marvel

Today, the filmmakers are in development for their upcoming feature, The Grandmaster; an autism chess movie with yes, you guessed it, a female protagonist. With incredible support from autism communities and the world’s greatest female chess player of all time, the film is slated to begin filming in 2018.

We’re always bombarded by how great it is to pursue your passion, etc – but we’ve spoken with enough people to know that it’s not always easy. Overall, would you say things have been easy for you?
The film industry changes everyday with no fixed solutions for securing financing and distribution. While filmmaking in general is becoming more accessible (anyone with a camera and computer or iphone can make a movie), the fact remains, that most financiers and producers look to back genre films directed by men about male characters.

Love Entertainment has had it’s work cut out for it because their mission and purpose is creating female driven stories with at least 50% of cast and crew female.

In 2016, statistics show female directors accounted for only 7 percent of the 250 highest-grossing domestic releases. On top of that, low-budget films directed by women receive 63 percent less distribution than male-helmed movies. The misogyny is real. The idea that movies about women or directed by women aren’t profitable has always been a fallacy. This myth is not contained to just the studios, adopting the viewpoints of the most powerful players in Hollywood, this attitude can be found, consciously and unconsciously, at film markets, with sales agents, distributors and even within production crews.

During Riyaana and Vincent’s time at both the American Film Market (2017) and Cannes Film Festival Marche Du Film (2016), the number of female decision makers present was astonishing low. The opportunity at hand is for female talent to enter the industry and claim their stake of an under tapped market, women! Women purchase 51% of all movie tickets, films with more female characters perform better in the box office and with little to no women deciding what content we see, we are deprived of stories that represent the full human experience, we are programmed with the male gaze and at times toxic masculine ideologies.

Love Entertainment produces films that serve to uplift, inspire and transform us to be more loving, to remember we are all connected and to honor each other. These kinds of themes are hard to sell in Hollywood, as you can imagine there aren’t a lot of explosions or sex scenes in their movies. To overcome this challenge, Vincent and Riyaana have learned that partnering with people who share your values and visions is crucial for success. In a world full of nay sayers, you must believe in your idea and stand for it, this will help you enlist the right team, people who believe in the idea!

So, as you know, we’re impressed with Love Entertainment – tell our readers more, for example what you’re most proud of as a company and what sets you apart from others.
Love Entertainment has grown exponentially over the past 8 years because of one underlying reason … female driven content. The company has rooted all of its work in stories that lead with women or feminine qualities like inclusion, compassion and spirituality.

Director Riyaana Hartley is not the only leading lady at Love Entertainment. The production has a slate of female screenwriters, cinematographers, executive producers and below-the-line crew that make up 50% of it’s production. Men are not excluded, but in fact, encouraged to work with their leadership and collaborate.

Love Entertainment stands out from other productions in that they bring heart to every person and step of the film making process. They strive to lead by loving example and cultivate gratitude, equality and imagination in their stories and on their sets.

So, what’s next? Any big plans?
Love Entertainment is growing! The team is looking to connect and collaborate with like minded professionals, rising talent and established industry individuals.

Diversity is another area that Love Entertainment acts as a change agent, intentionally creating stories that truly represent the world we live within. Women, and women of color especially, face the hardest challenge for above-the-live studio positions. However, as independent filmmakers the opportunities are endless. As VOD platforms and technology expand the horizon for audiences to receive content, the demand for original stories continues to increase.

Love Entertainment will forever be a production for women and they want people like you to help them change the world! 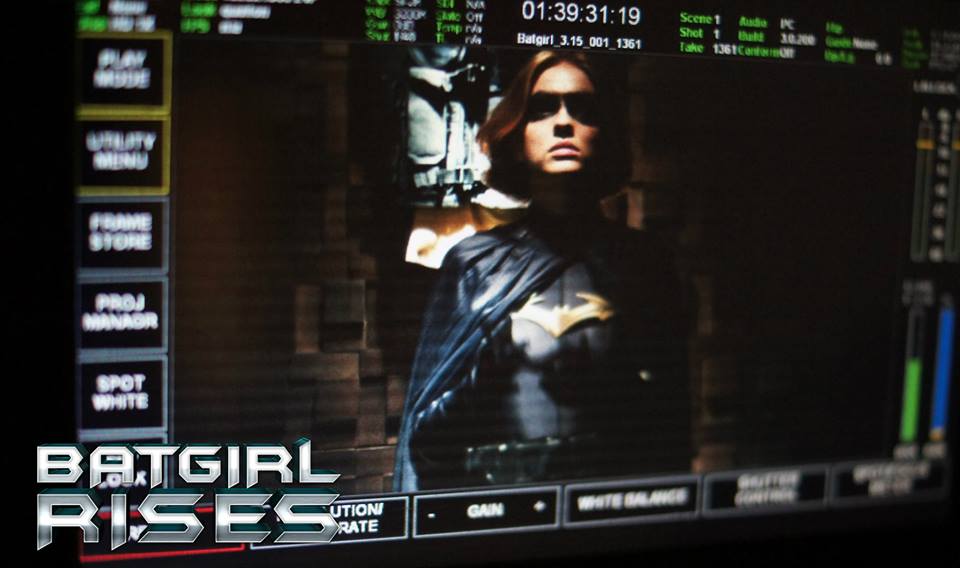 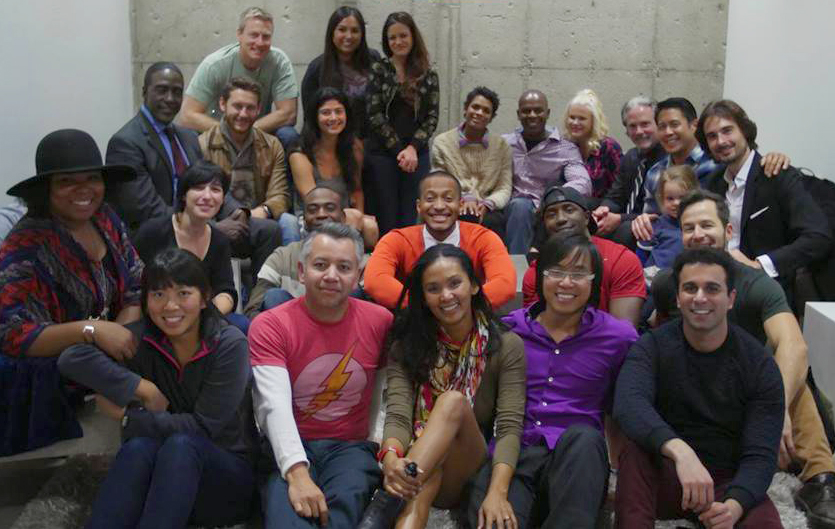 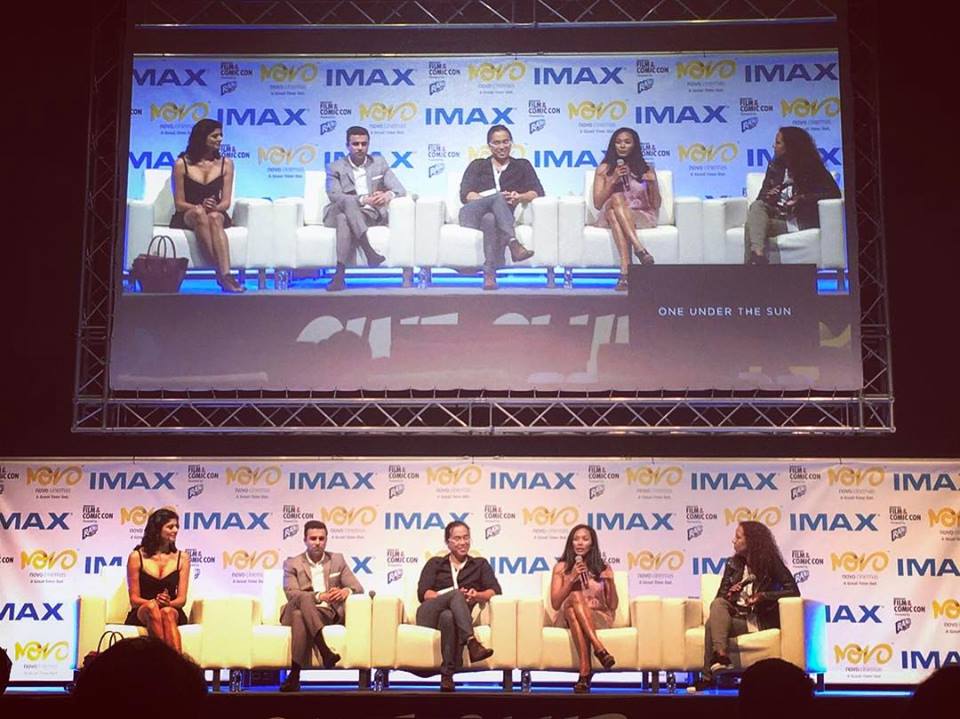 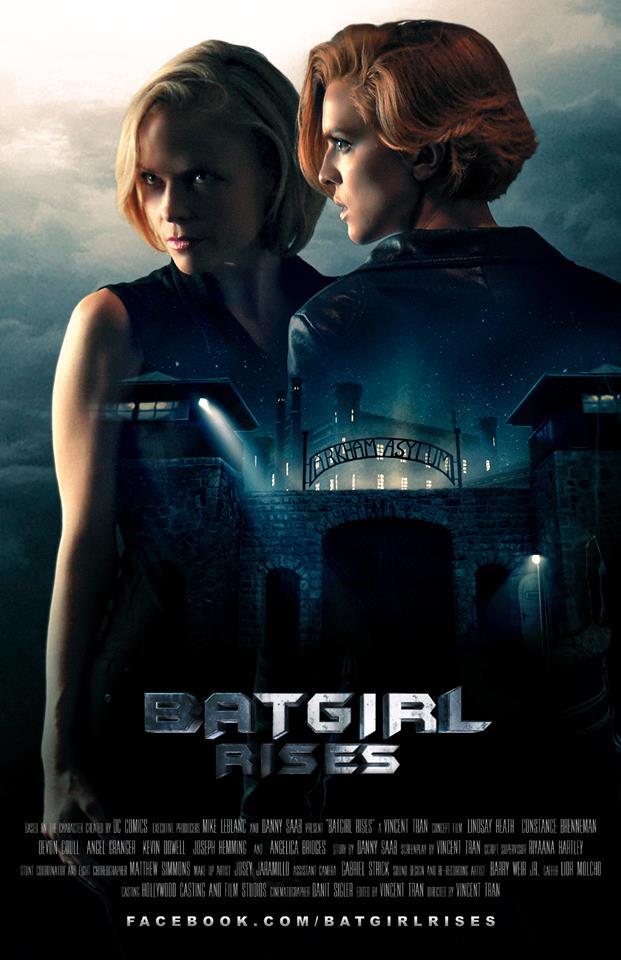 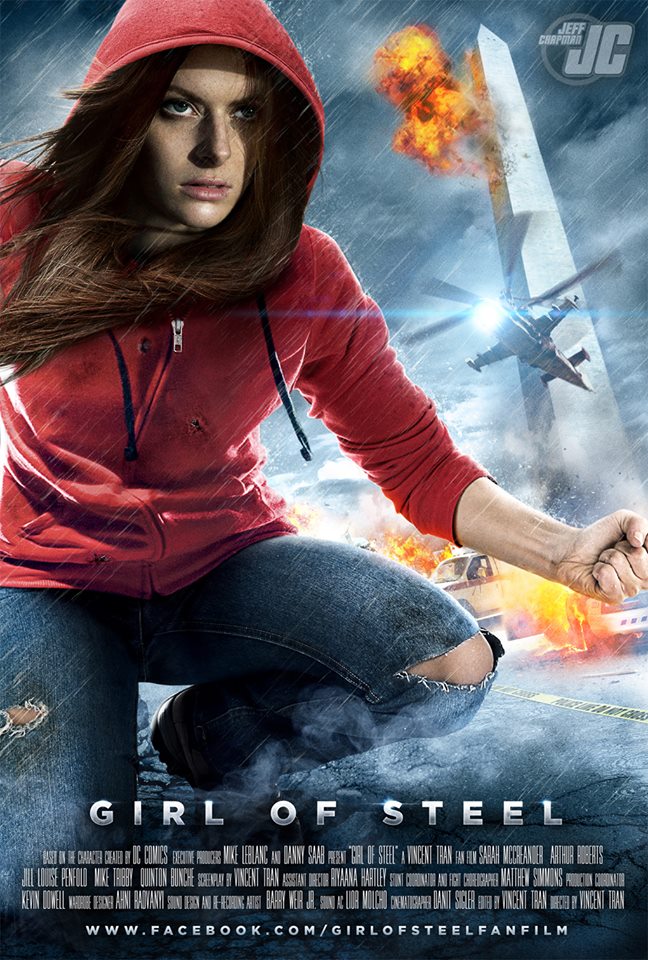 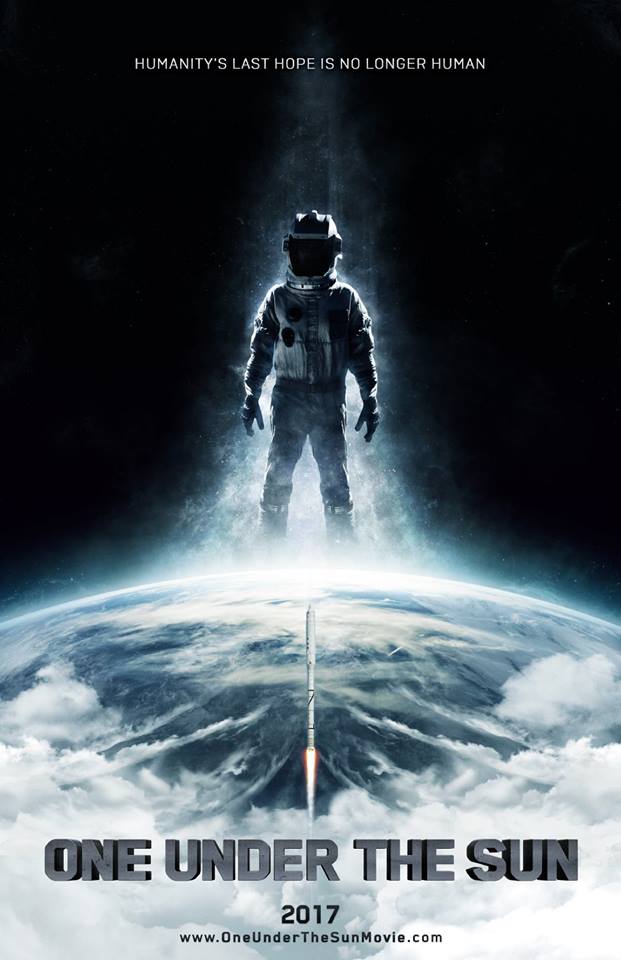 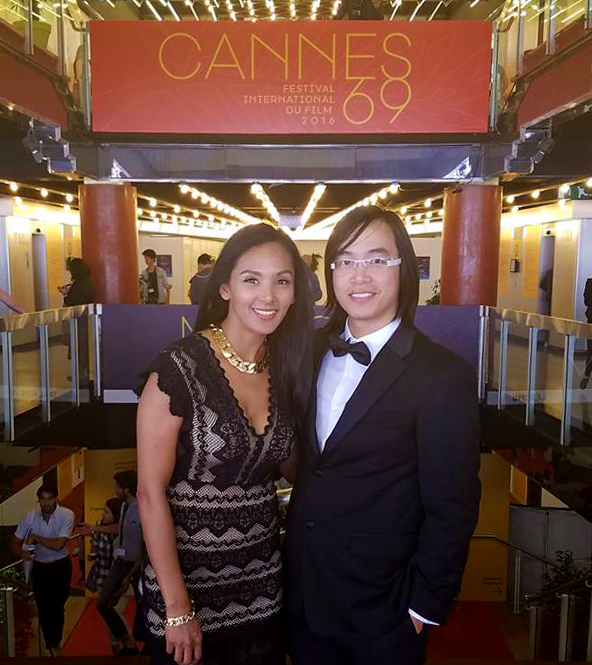