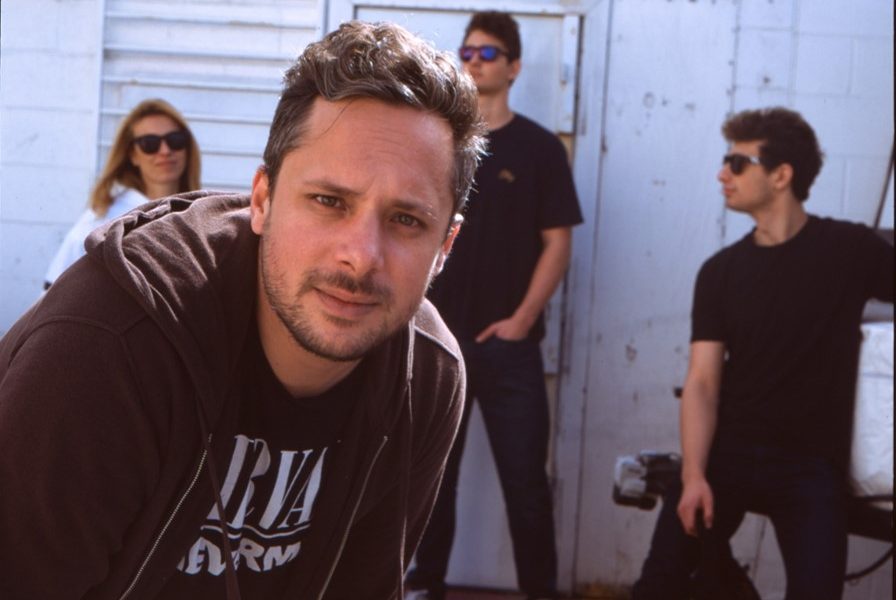 Today we’d like to introduce you to Vincent Jacob and Fanny Hill.

Yard Of Blondes started as a French duet who relocated to the US in 2010. Vincent & Fanny got lost in the California desert to start a new life. There they were first highlighted by the Hi-Desert local scene and appeared as guests on the compilation “Highway 62 Love Songs” featuring internationally renowned artists Eric Burdon (The Animals) and Victoria Williams.

After a long series of concerts at some of the greatest venues in Los Angeles (Whisky A GoGo, The Viper Room, The Bootleg, The Montalban Theatre, The Crest…), Rodney Bingenheimer, the legendary KROQ DJ began playing their title track Murderology in 2013. He was subsequently imitated by more than 100 international radio station. On December 1 of 2014, Yard Of Blondes started to get more and more famous in France.

This was due to the national broadcast of the one-hour documentary, “Joshua Trip.” The film is a road trip with Vincent & Fanny as hosts, a journey where they perform and write a song (Born Again) during some desert sessions. In 2016, Yard Of Blondes was featured on the compilation «I love you all the time» along with Eagles Of Death Metal, Florence & The Machine, Kings Of Leon, Jimmy Eat World and many more. All the proceeds are given to the victims of the Paris attacks.

In 2017, the band started to record their debut album. The record was produced by Billy Graziadei (founder member of Biohazard) in Los Angeles at Firewater Studios, mixed by Michael Patterson (Nine Inch Nails, Beck, Black Rebel Motorcycle Club, founder of Cloak and Dagger) and mastered by Maor Applebaum (Faith no more). The album is ready, and we are currently shooting music videos and planning the release.

Hopefully, it will be out before the end of the year. Fanny and Vincent also started “Disclosure Sound Baths” in 2019. Disclosure Sound Baths blurs the line between a typical live concert, an art installation, and a meditation session; it’s like a lucid dream based on the firm belief that music and sound heal. Disclosure is not an ordinary sound bath. It’s an immersive sonic experiment meant to help you achieve a deeper state of transformation.

Through a textural, ambient and abstract score paired with live vocals and dreamy guitar sounds, we created an immersive journey from chaos to light to help people connect with themselves, cleanse their mind from all the negativity weighing on their shoulder and disengage from the numerous noisy distractions that invade our daily lives.

Every listener will have a singular experience and will be affected differently because Disclosure Sound Baths put the listener at the center of this hypnotic and cathartic soundscape. We are in contact with several Event Organizer (including Alexie Events), and we are about to announce our first performances in the LA Area.

We’re always bombarded by how great it is to pursue your passion, etc. – but we’ve spoken with enough people to know that it’s not always easy. Overall, would you say things have been easy for you?
It wasn’t a smooth road. Artists face many challenges today, perhaps more than ever. The music business was totally changed with the birth of the internet, and the industry is still trying to find ways to adapt. Also, coming to America wasn’t as easy as it might seem. It took us years and several artists visas to be finally settled. Now, we can project our future here, and it’s a real relief.

Also, LA isn’t a cheap city, but we were lucky enough to secure great jobs in a French Bilingual school as music teachers. This really helped us to take the time to develop our art. It’s hard to live from your art, but we don’t complain. We know it doesn’t come easy and every step is a reward and a small victory.

We keep growing as artists and human beings, and that’s what matters. We’re still fighting for our dreams, and we take every project seriously, trying to provide to our audiences authenticity and the best experience, whatever we are performing a rock show or a sonic experiment.

We’d love to hear more about your business.
We only play music. When we’re not working for Yard Of Blondes or Disclosure Sound Baths, we do write music for movies and other artists. We’re open to any project involving creating music or performing as long as it’s exciting.

What were you like growing up?
I guess, again, when you are an artist, you’re, per se, doubtful, because as sincere as you are, you are creating art for other people. And these other people are the real judge of your art. This puts us in a very uncomfortable situation at times but soon, the passion overcomes every doubt, and you’re at work again, driven by a mysterious force that is stronger than any disappointment or past failure.

We build on those weaknesses and failures, and I guess the secret is to listen to your instinct when it comes to create. Create and keep creating, and everything will come around eventually. Sometimes it takes years to see the result of a work, but that’s also the beauty of it.

As you grow up, you also discover new interests. For me (Vincent), it was for example philosophy. So after 11 years after my Bachelor, I came back to studying, and I got a master, and I’m currently completing my Ph.D. dissertation. This infuses my art more than ever. 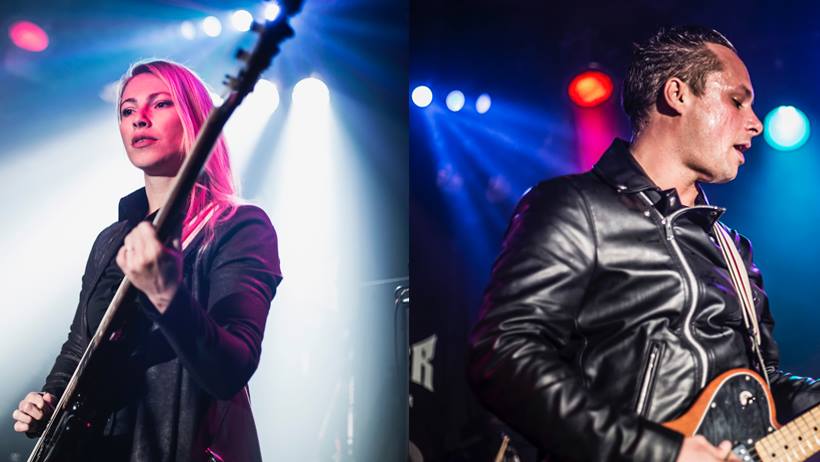