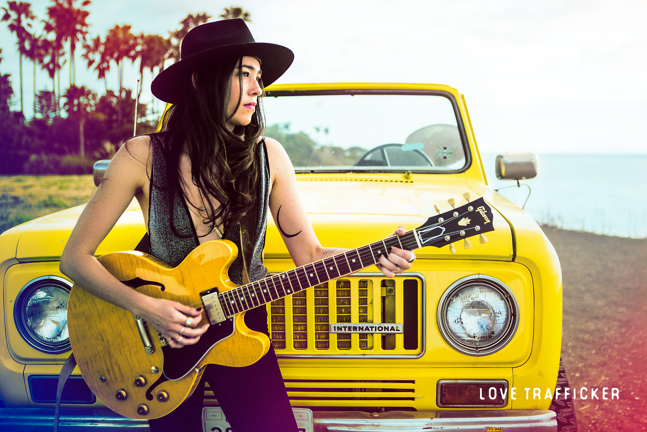 Today we’d like to introduce you to Veronica Torres.

So, before we jump into specific questions about the business, why don’t you give us some details about you and your story.
I am a Los Angeles based singer and songwriter currently writing songs and performing with my band under my name, “V TORRES” and also for other artists. I released a five songs EP in November of 2017 called “Real Life Love” and two singles in 2018, “Restless Heart” in February and “Seasons” most recently in June. I created “Girl Crush” which is a thoughtfully curated showcase of all female indie artists playing one stage. The inaugural Girl Crush debuted at Saint Rocke on August 30th.

I was born and raised in Harbor City, CA and have spent my entire life in or around music and sports. While in high school, indie-rock and hip-hop became my passion and basketball gave me the drive to persevere through adversity. Basketball was life for me and I thought for a while that I would be playing professionally one day. However, burn out kicked in and I decided to not play at the collegiate level. It was at that moment that I started seriously focusing on playing the guitar and writing songs.

To date, the majority of my career has been spent writing and performing with the band Gorgeous Got a Gun, which released a self-titled debut album in 2009, followed by “Welcome Home” in 2011 and single release “I Remember You” in 2016. During this time, the music video for our song “Violent Games” was featured on the blue ray release for the feature film Scott Pilgrim vs. the World. Since then, I have performed throughout the country while collaborating and recording with various artists and producers including Joe McGrath (AFI, Alkaline Trio) and most recently Jonny Perdue and Steve Stout of Los Angeles indie-rock band Lost Beach.

The biggest part of the story for me is that although I can look back at my life and see many accomplishments, there has been a huge lack of self-worth in my life. This is a very big part of what makes us great. The belief in ourselves, the trusting of the process, knowing that you can have it all. For a long time, I was just checking boxes and moving through life with the motions. I was doing things because they were the next logical step in the direction of life. I am a Virgo, so there’s a logic brain inside of me. However, there is also a passionate, creative brain inside of me that was starving.

I spent 11 years working in corporate finance alongside trying to make it in the music industry. If you do the math there, it basically doesn’t work out. One foot in and one foot out doesn’t get you moving forward in life. I struggled with depression and anxiety and was extremely unhappy for many years. The outside appearance of my life looked fruitful, great job making good money, married to my college sweetheart and still pursuing my passion on the side. However, there was a huge emptiness inside of me. I honestly felt like my soul was dying and there was a time bomb ticking on me trying to live the life I have wanted to live but haven’t been.

After 11 years working in corporate accounting, I decided to leave my job. I had saved some money and one of the things I have always wanted to do is complete a yoga teacher training. I had never felt good enough to do this. I had been practicing very regularly which is one of the places I found the confidence to actually quit my job in the first place. Completing the teacher training changed my life. It stripped me down to my core and really made me take a look at my life and where I want to be. I really started focusing on my self-worth and trusting that I can have whatever I want to have. Also, that the purpose of life is to find your gifts and share them with the world.

Backed by a newfound love of yoga and a desire to share my truth, my latest musical project was infused with fresh energy and sound. I feel that my music has matured while continuing to effectively convey my experiences and emotions. The end result blends distinct guitar tones with soulfully truthful vocals and lyrics reminiscent of Mazzy Star and early Sheryl Crow. I hope to reach people and inspire them to live their life to the fullest through my new music. I also hope to bring the community together through music and art and introduce up and coming female indie artists to a new audience through “Girl Crush.”

Great, so let’s dig a little deeper into the story – has it been an easy path overall and if not, what were the challenges you’ve had to overcome?
The road has not been smooth at all. I think anything worth doing is going to be difficult and come with some sacrifice. That being said, I think the lack of self-worth that I mentioned before is one of the biggest obstacles I’ve faced.

I think everyone struggles with it to a degree. Putting your desires, needs, passion, etc. on the back-burner because you don’t believe you deserve them can lead you down a road that you might not even want to be traveling on.

I struggled with this for a decade. I was doing things just because I could and not focused on what I really wanted. Creating space for yourself to step into and being comfortable with the silence along the way is definitely a struggle for me.

V TORRES – what else should we know?
I am planning on hosting this event quarterly at different venues in Los Angeles and hopefully eventually beyond. I believe in community and want to use my songwriting and music to bring the community together to support the arts and allow people to remind themselves to take the time to appreciate and fuel what they are passionate about. I want “Girl Crush” to support and nurture women in music. I want it to posture a community of artists, producers, engineers, management, labels, etc. to make the music world a little smaller, friendlier and more accessible. I would also like to let you know about the next show we are playing which is coming up 10/24/18 at The Satellite which is located at 1717 Silver Lake Blvd Los Angeles, CA 90026.

What moment in your career do you look back most fondly on?
Every time I have someone reach out to me and tell me that my music or my pursuit of growth has touched them or inspired them in some way it is an honor and makes me want to keep doing what I am doing. If I can help someone else make a move in their life that will align more with their purpose, then I am very proud and happy. 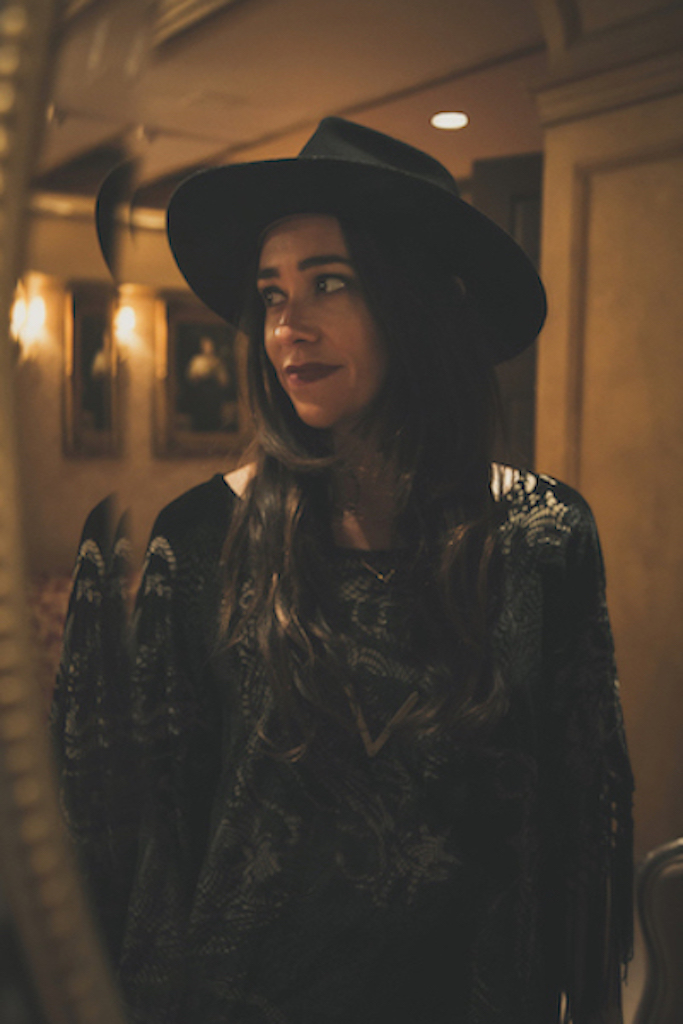 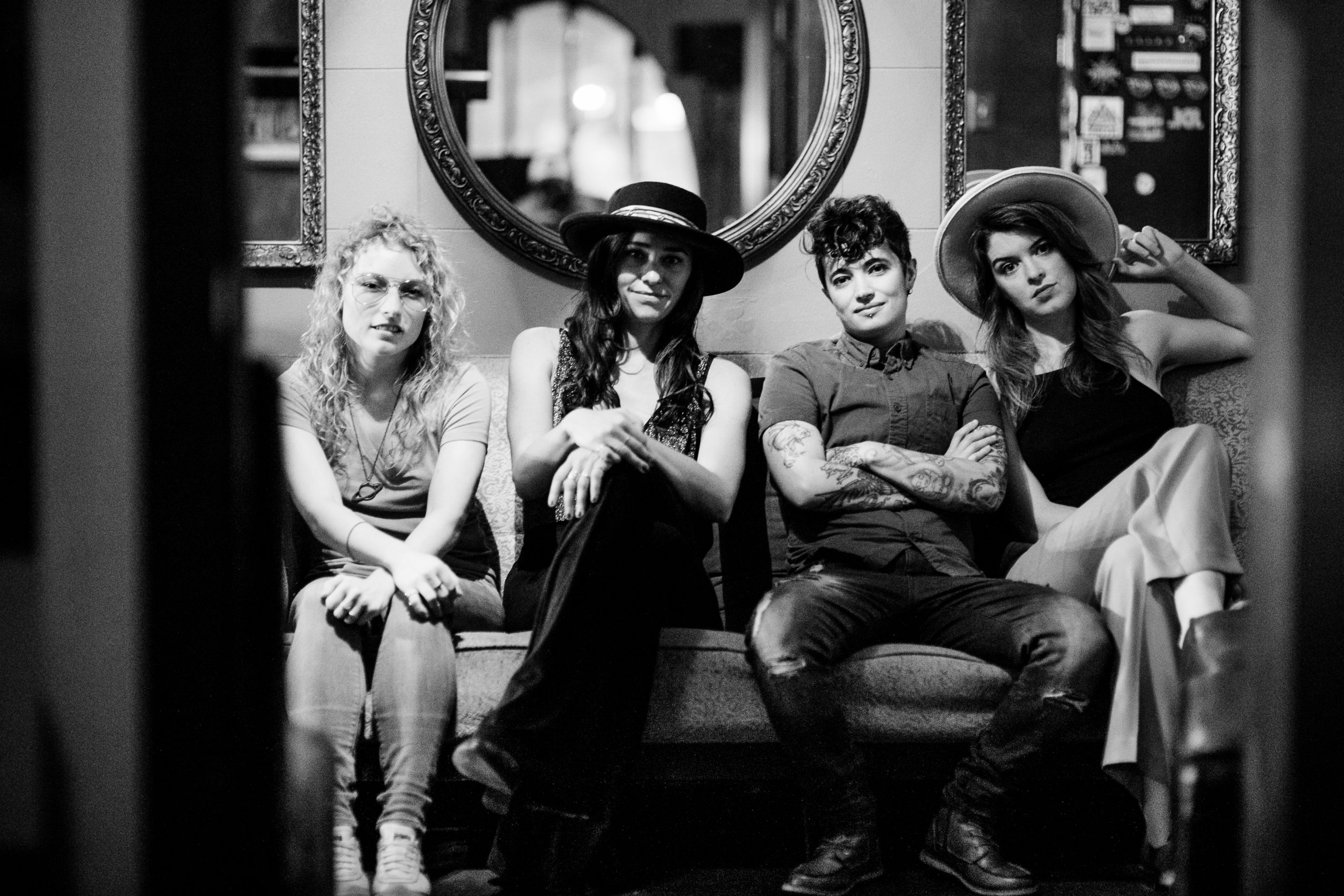 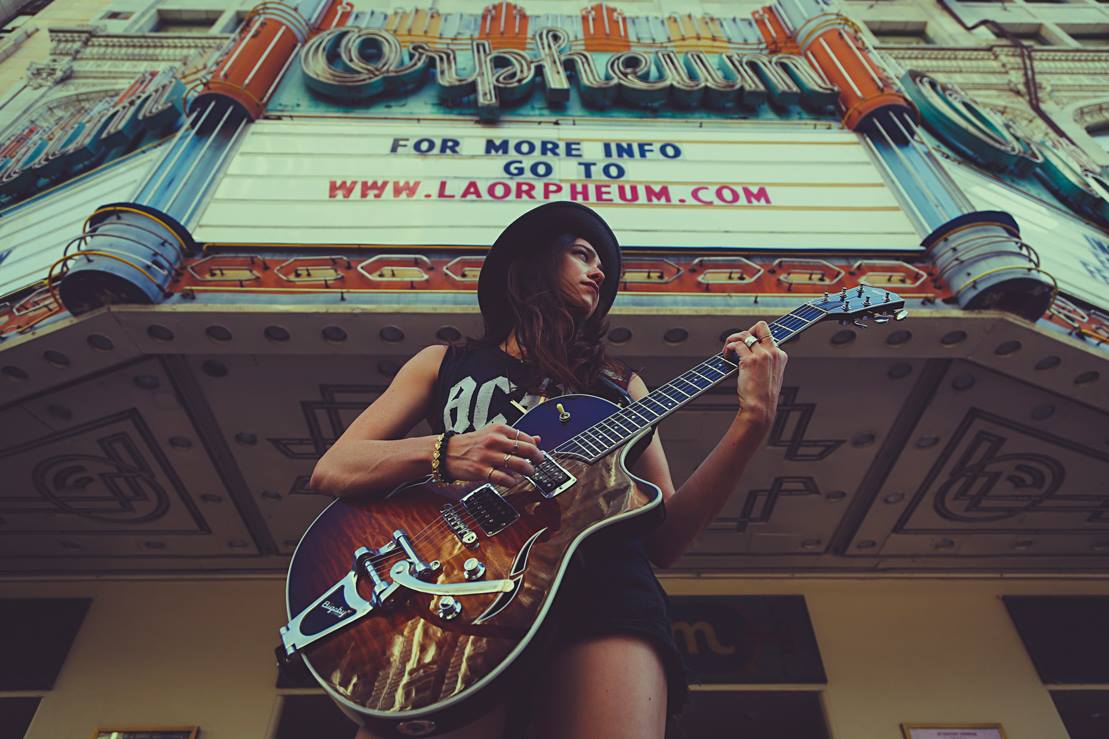 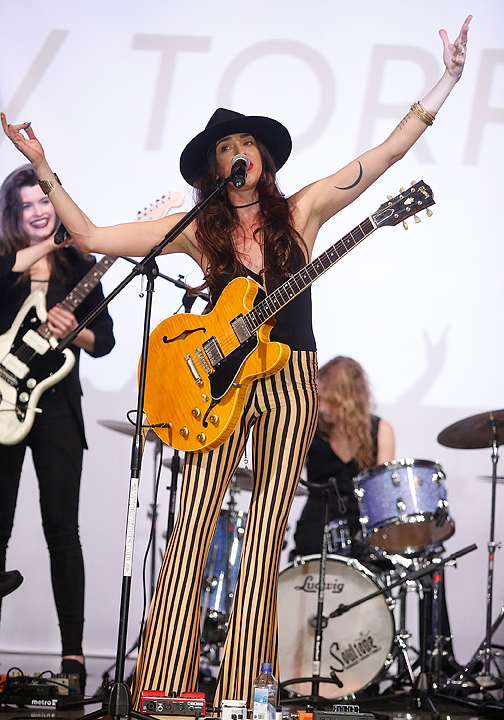 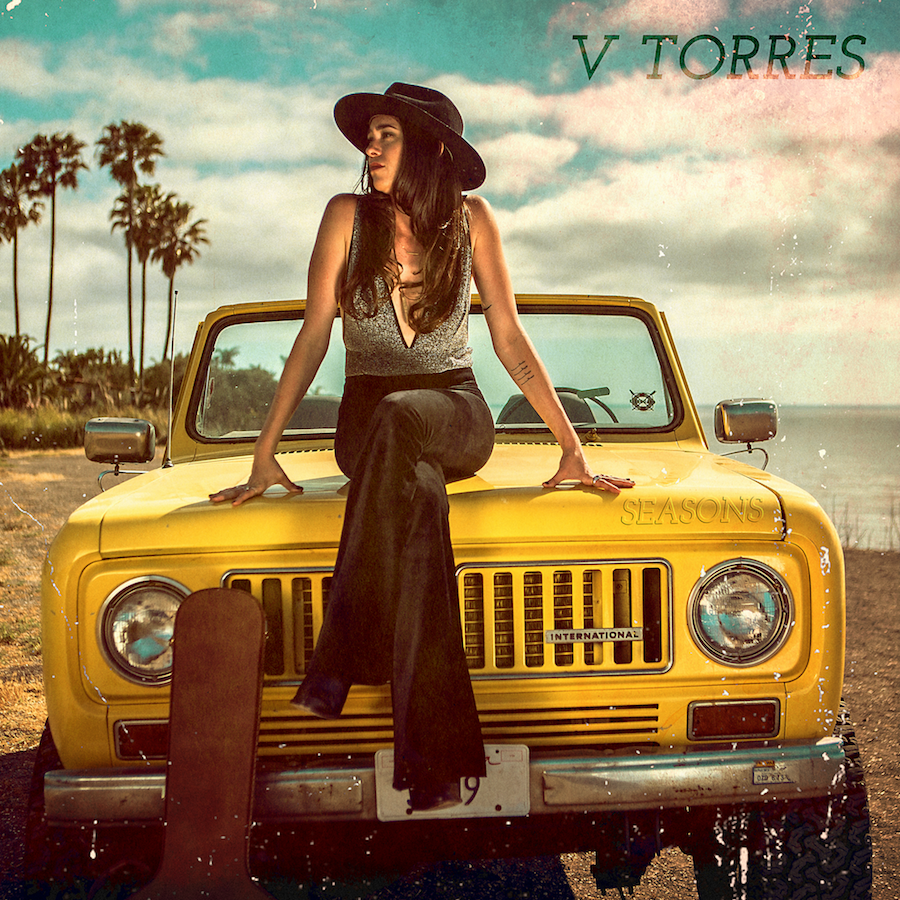 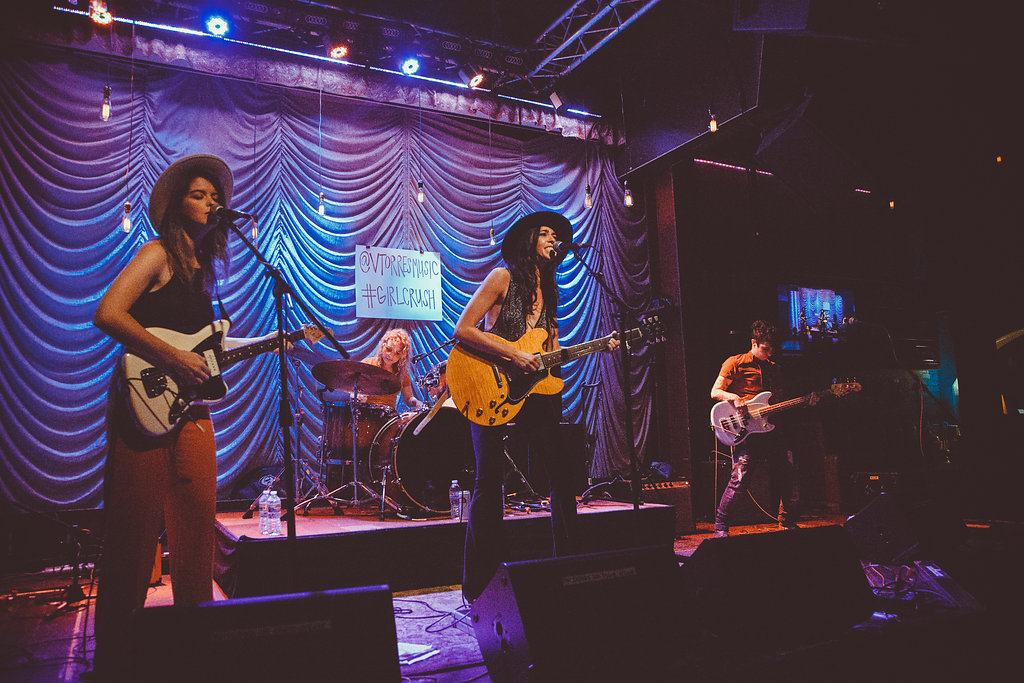 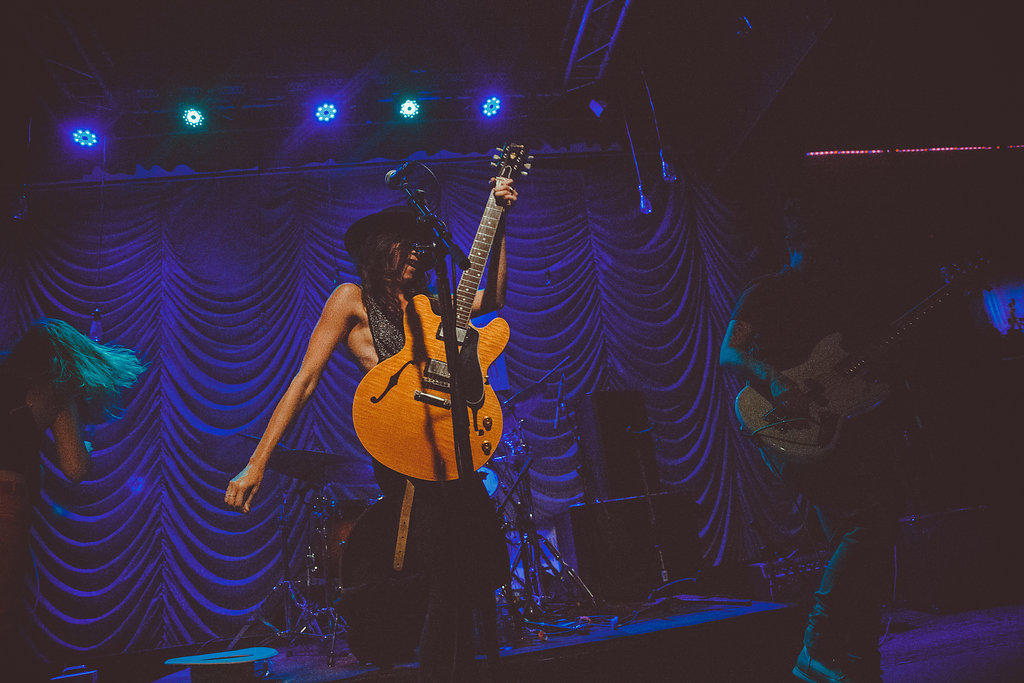