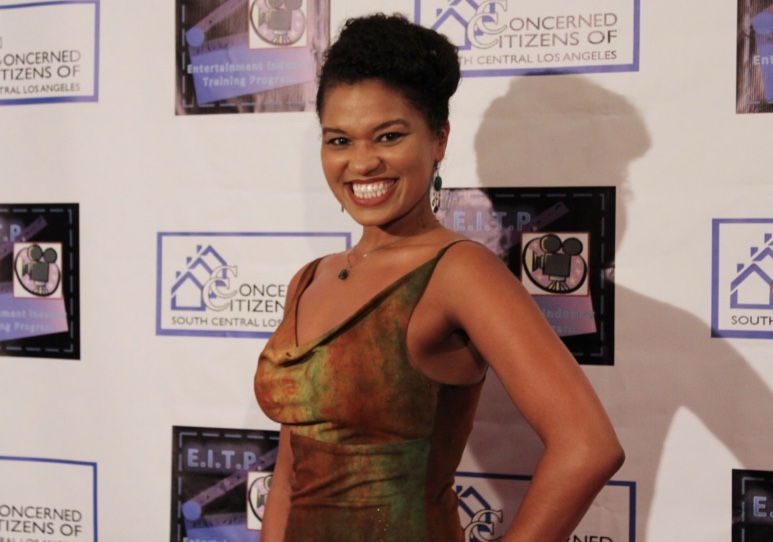 Today we’d like to introduce you to Veronica Roy.

Thanks for sharing your story with us Veronica. So, let’s start at the beginning and we can move on from there.
– Only daughter and eldest of three kids.
– Military brat so moved around a lot (inside and outside the US).
– Landed in Virginia Beach, VA where I developed a slight Southern accent (mostly heard when I’m tired), the use of ‘ya’ll’ in my everyday vernacular, and a BA in Theater.

My family is, understandably, very tight-knit considering we were the only consistencies in each others’ lives. My parents were very good at instilling within us a ‘sense of play’ and a love of stories from day 1. Because of that, my childhood was a constant exercise in imagination: The floor was always made of lava. Any tents made out of blankets and pillows would always have a ‘secret room’. And I was always the Yellow Power Ranger because she didn’t have to wear pink or a skirt.

Is it any wonder I’m in the Entertainment Industry? In the words of my Mama, “Oh Veronica. We knew what you were going to be when you were four years old.” So pushing the fast forward button over the next few years: I got a Bachelor’s Degree in Theater, my Actors Equity card for Stage Management, and then suddenly the time to pursue my Acting career was upon me.

I’ve officially been in LA for six years as of 2020 and Holy Talito it has not been boring. Within my first couple of years, I booked my first speaking role on CBS Criminal Minds (Season 9 Episode 24 “Angels” if you’re curious). Booked a couple of McDonald’s and Ross commercials and was in a play or two (Reasons To Be Pretty and A Nice Family Gathering). Then work slowed down a bit, as it does. Which I learned very quickly is the perfect time to hone your talent, or learn a new skill. I’ve been training in combat for film for over four years (i.e., swords, lightsabers), making me what’s now called an “Action Actor”. Then from there, I began to delve into the art of being a Writer and a Producer.

Great, so let’s dig a little deeper into the story – has it been an easy path overall and if not, what were the challenges you’ve had to overcome?
Oh man, this question was instantly answered in my head with Cary Elwes’ voice in the film The Princess Bride: “Life is pain, Highness. Anyone who says differently is selling something.” There aren’t any smooth roads, the obstacles just look different per route (i.e., speed bumps, potholes, ditches). For me, I’m a perfectionist. Have been since I was a kid. I’ve chilled out as an adult but I still catch myself occasionally stressing because I don’t always know exactly what I’m doing.

That’s part of the beauty of this industry, I literally threw myself into an arena with no study materials, no PowerPoint presentations for success, and no mentor who had been there, done that, and was willing to give me the T-shirt. I was the first in my family to pursue a career in the Entertainment Industry, so I had to start from scratch. I learned very quickly that there are times to ‘fake it till you make it’ but there are also times to be honest and say “I have no idea what I’m doing. Please help.” That willingness to ask for help plus being very observant served me in a big way with my ‘on the job training’ as it were. That, and not letting my fear of ‘failing’ or ‘looking incompetent’ stop me from stepping outside of my comfort zone to try something cool or speak with someone I respect.

We’d love to hear more about your work and what you are currently focused on. What else should we know?
As many actors have experienced, I too became frustrated that I wasn’t getting called in to audition as much as I’d like. More than that, when I did get called in, it was for a limited type of role (Sassy best friend, sweet girl next door, etc.). That quickly became disheartening because, as you’ve read, my upbringing prepared me for being a swashbuckling pirate fighting to defend my ship or even being a wise-cracking mechanic who deals with supernatural creatures on the daily. With all this imagination bouncing around inside my brain and no outlet, the idea of continuing to wait for the phone to ring felt like nails on a chalkboard. Next thing I know, I’m partnered up in two separate and very different Production companies creating fresh and original content.

1. Saber Squad Productions – Myself and my partner Amy Schumacher started this company because we have been creating Star Wars Fan Films for the past couple of years. It made sense to officially organize and make a brand for ourselves. Though Star Wars has been our original jumping-off point, we are already playing with other ideas. Though the genre may change, the dynamic storytelling of strong female leads in action-packed adventures, will not.

The product we are most proud of would have to be our newest Star Wars Fan Film Balance of the Force. ‘A Jedi Knight and a Bounty Hunter team up to find a mysterious Imperial Cargo that ultimately pits them against each other.’ We had real Storm Troopers from the 501st Legion and we teamed up with the special effects team at ARWall Studios in Burbank, CA. And if that wasn’t enough, not only did we write and produce this film, but Amy and I starred in it. We did all of our own fights, which we learned and practiced every single day for two weeks with the brilliant Fight Choreographer/Coordinator Terence Rotolo. It was a crazy amount of work/blood/sweat/tears but we are ridiculously proud of what we brought to life and are so excited to share it with the world after the 2020 Apocalypse.

2. LaRoy Productions – Myself and my partner Landis Aponte had so many ideas for comedy sketches and ‘out of left field’ ideas for films that LaRoy was the natural outlet. “As a diverse team of creatives we aim to entertain, inform, and inspire through the power of comedy and unparalleled storytelling, reflecting the times and struggles the world faces.”

The product we are most proud of would have to be the final episode of our Sketch Comedy the ‘LaRoy Series’ called ‘Paranormal Bros’. (Season 1 now available on YouTube.) In 2019, Landis and I wrote, produced, and filmed eight episodes in four days and man — that was a HUGE learning experience. We had to learn on the fly what was working and what was funnier in theory. It was a lot of work but so much fun to create. I do however, have to say that ‘Paranormal Bros’ is my favorite episode of the season. We had a great director Zack Siddiqui, tons of friends who helped behind the scenes and so many terrific actors such as Samuel Colby and Taylor Hill, who brought an undeniable charisma to the screen that you can’t help but watch. It was difficult not to laugh and ruin every take.

The Paranormal Bros will definitely be back with more misadventures in Season 2, which is currently in the scriptwriting stage. With the Stay At Home Order still in effect all productions are shut down. Which means we have plenty of time to prep more content – which we do – we ideas for short films, a Sci-fi feature, and even a limited series in the works… So subscribe to our YouTube Channel ‘LaRoy Series’ to stay tuned for more updates.

What moment in your career do you look back most fondly on?
Dude, that’s like asking what’s my favorite movie and then suddenly my mind goes blank and I’m like, “Have I ever even seen a movie before?!”

I’ll choose one of my earliest proudest career moments. I had been in LA for about three months when a friend recommends that I do a workshop with the CBS Criminal Minds Casting Director, Scott David. So I do. I did my homework, picked a scene, worked on it and had it ready to go. The day comes, I perform the scene with a reader and then turn to him for notes. His response: “Wow.” I almost started crying again from joy! He had me do the scene again but with an adjustment and then afterwards gave me two thumbs up. I walked out of there feeling proud of myself and my work.

A WEEK LATER, I get an audition for CBS Criminal Minds! And not just an audition, a straight to Producers Callback. That’s a big deal for a non-Union Actor on her FIRST big audition. I went to the studio lot and stood in a short line of other actresses. When it was my turn, I entered the trailer to see five people including Scott David all sitting in a line. It was a wee bit intimidating, but I did my audition, said ‘thank you’ and left to go drink a celebratory milkshake. I did not book that one.

HOWEVER A WEEK AFTER THAT I was called back into another Producers Callback for a much bigger role. I did all the prep work again then found myself back in the same trailer with the same five people. When this audition was over though (filled with lots of tears), one of the Producers said “Wow”. I smiled ear to ear and said “Thank you. I’m going to go eat chocolate now.” They laughed and said, “you deserve it”. I smiled at Scott then left the room. 5 HOURS LATER, I receive an email saying ‘Congratulations, you’ve booked the Co-Star role.’ I immediately called my best friend back in VA to update her on the results.

Actual Phone Call:
Me: Best Friend? Remember how I had an audition for Criminal Minds today?
Her: *excitement in her voice* Yyyyyyeeeessssss???????
Me: I just booked it! I’M GOING TO BE ON CRIMINAL MINDS!
Her: *quietly screaming in joy because it was 10pm on the East Coast and her husband and newborn were sleeping*

The whole actual experience on set was just as amazing. Great crew, great cast, great food. It was four days of confirmation that this is where I’m supposed to be and this is what I’m meant to be doing. 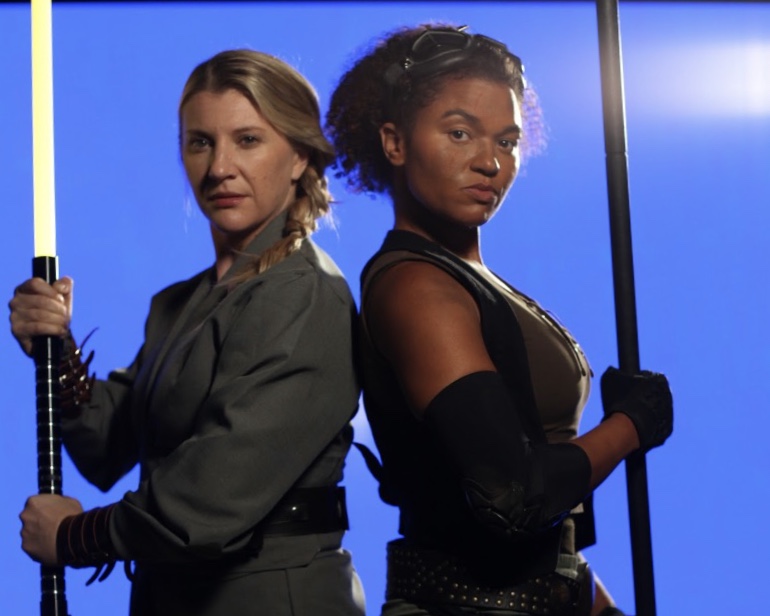 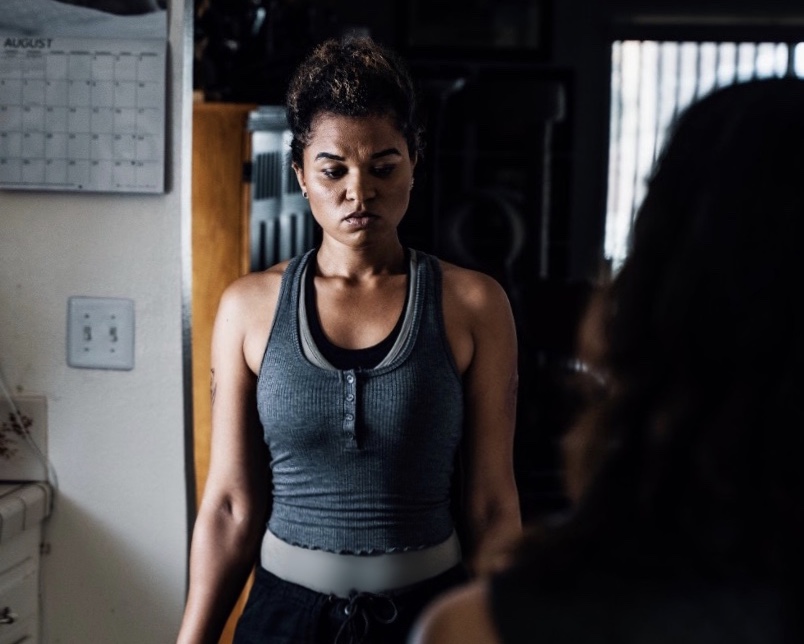 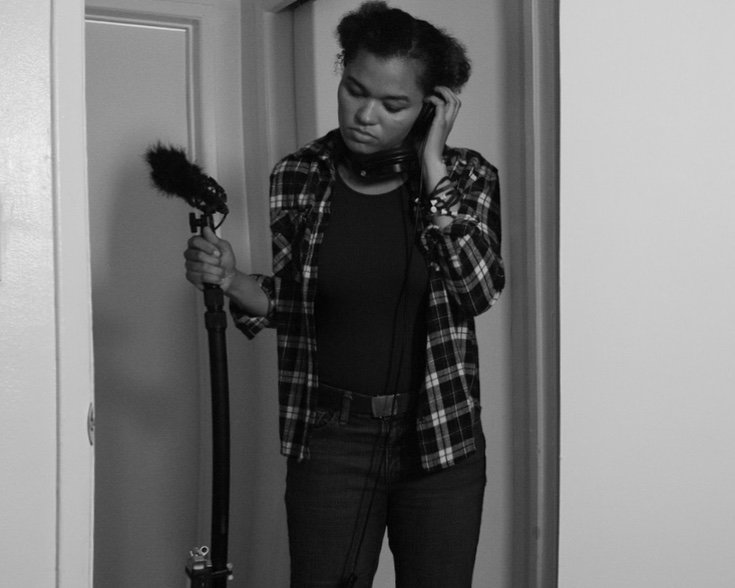 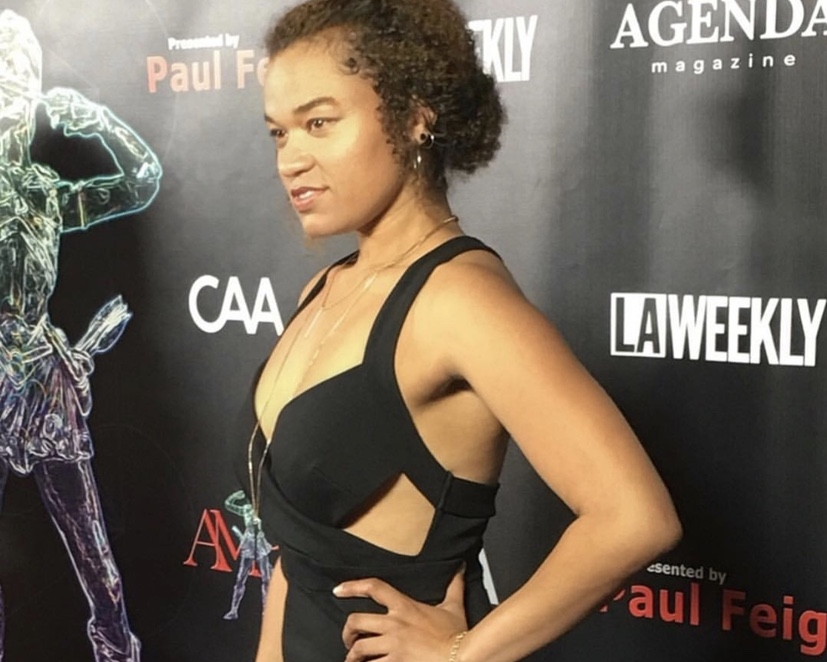 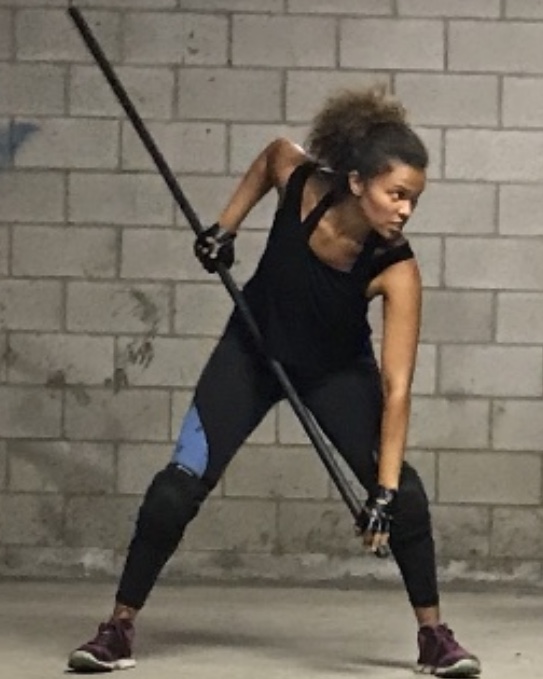 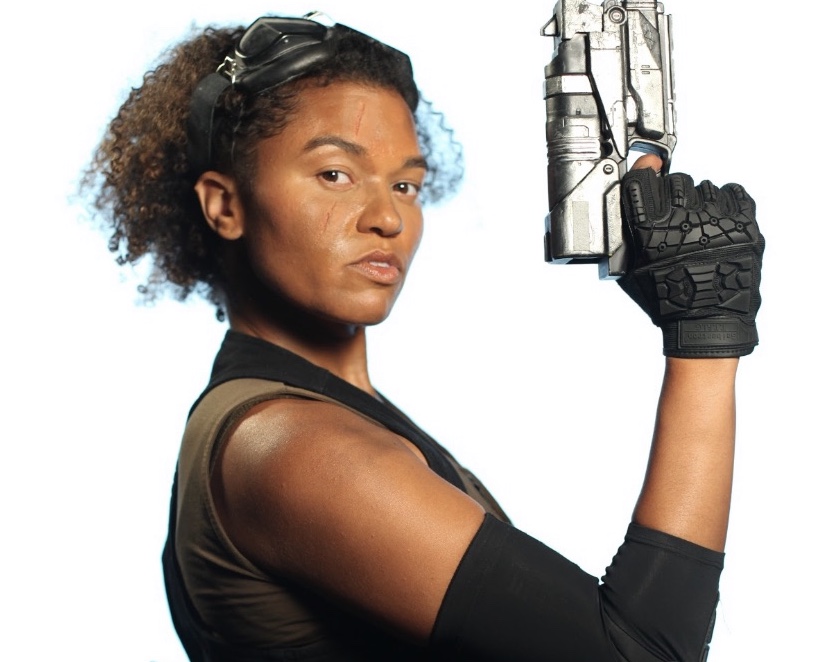 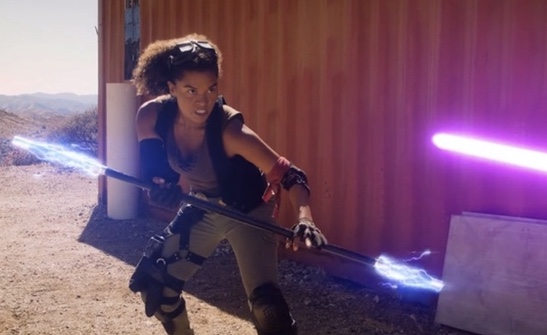 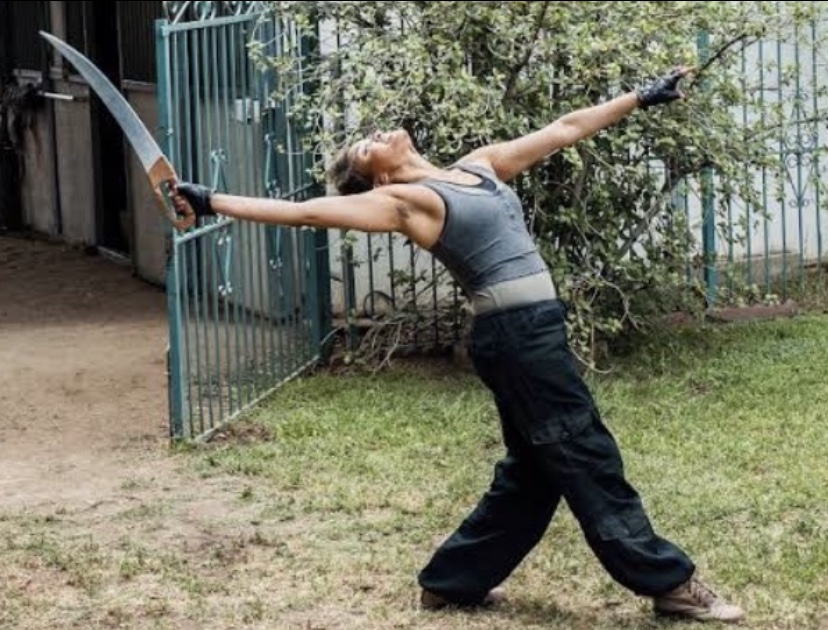 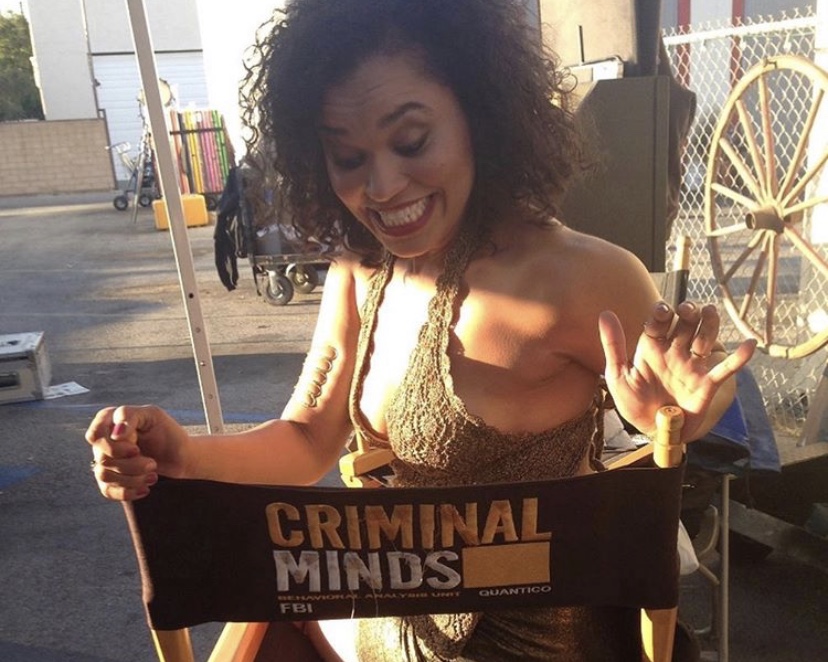 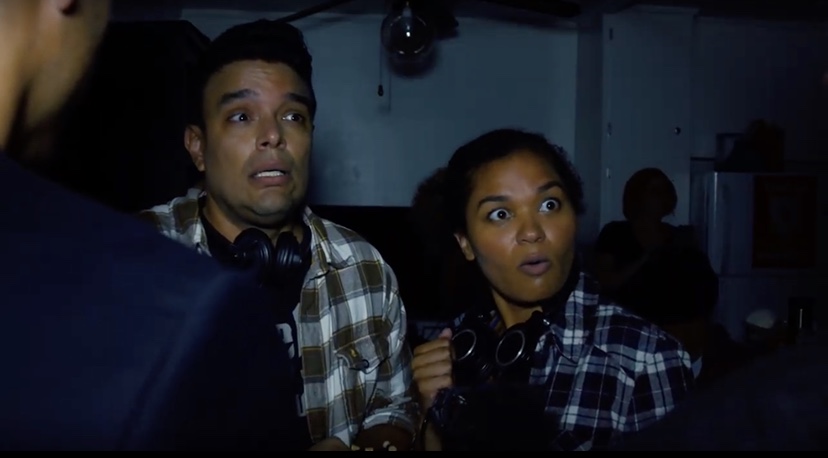 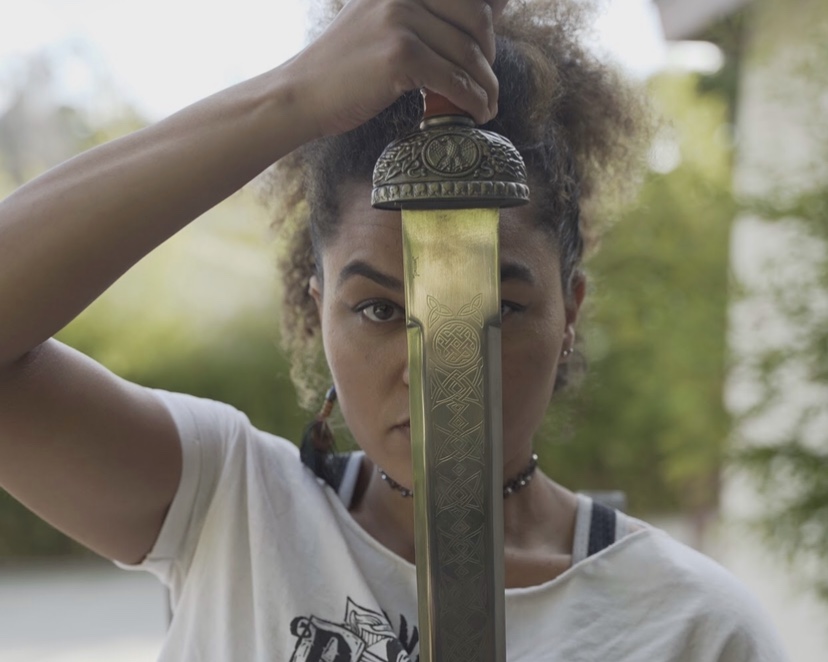 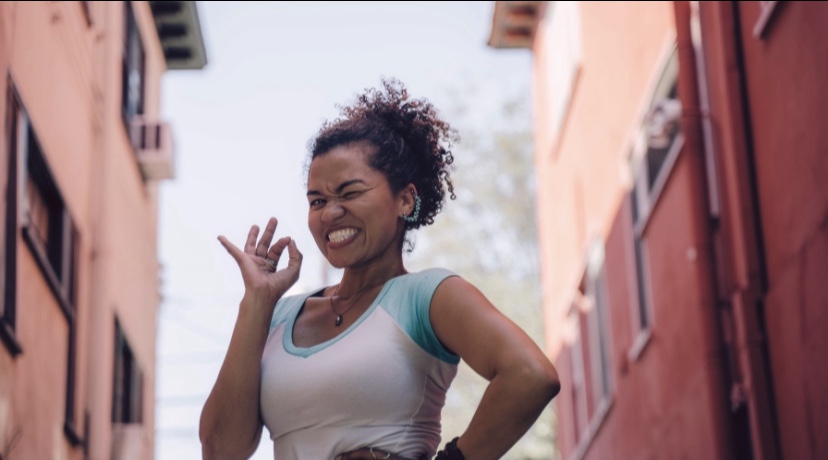 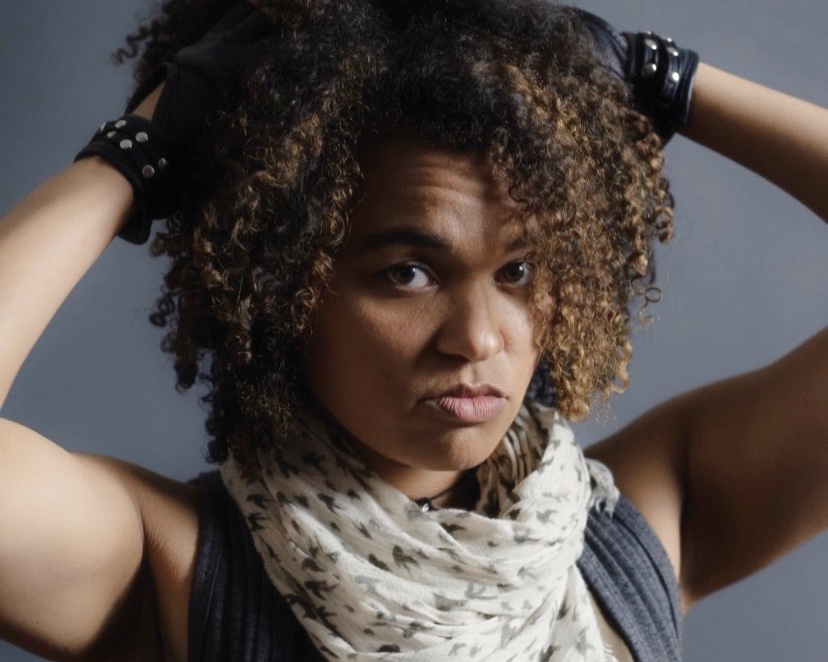 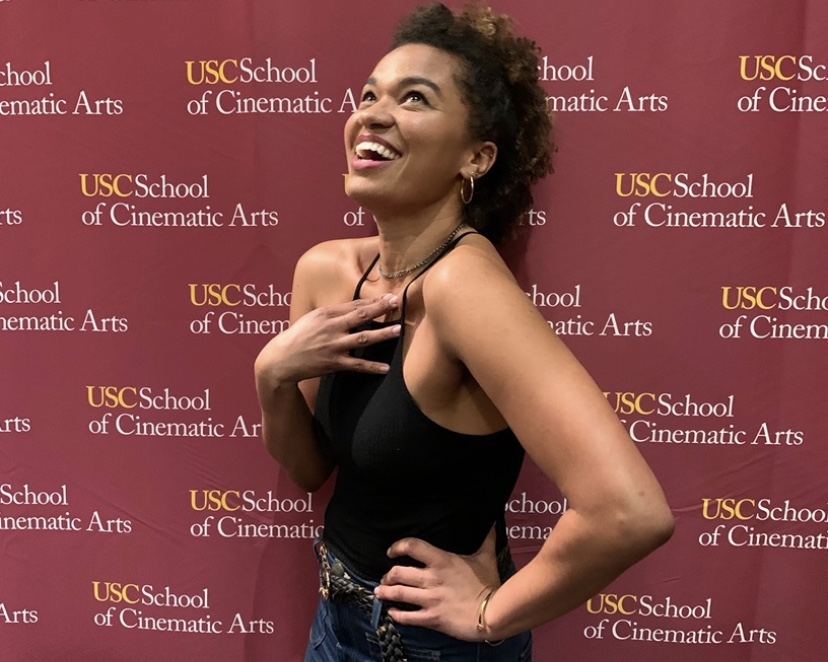 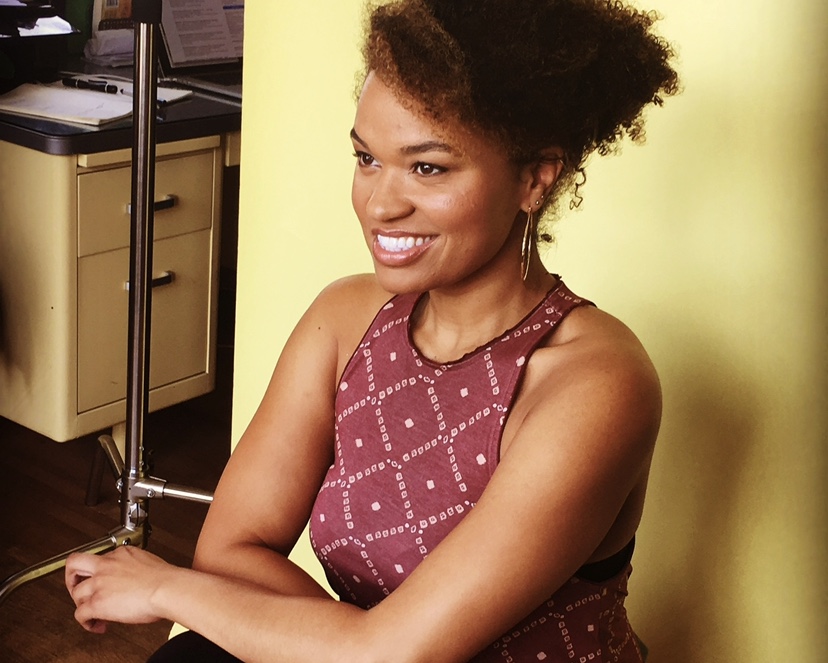 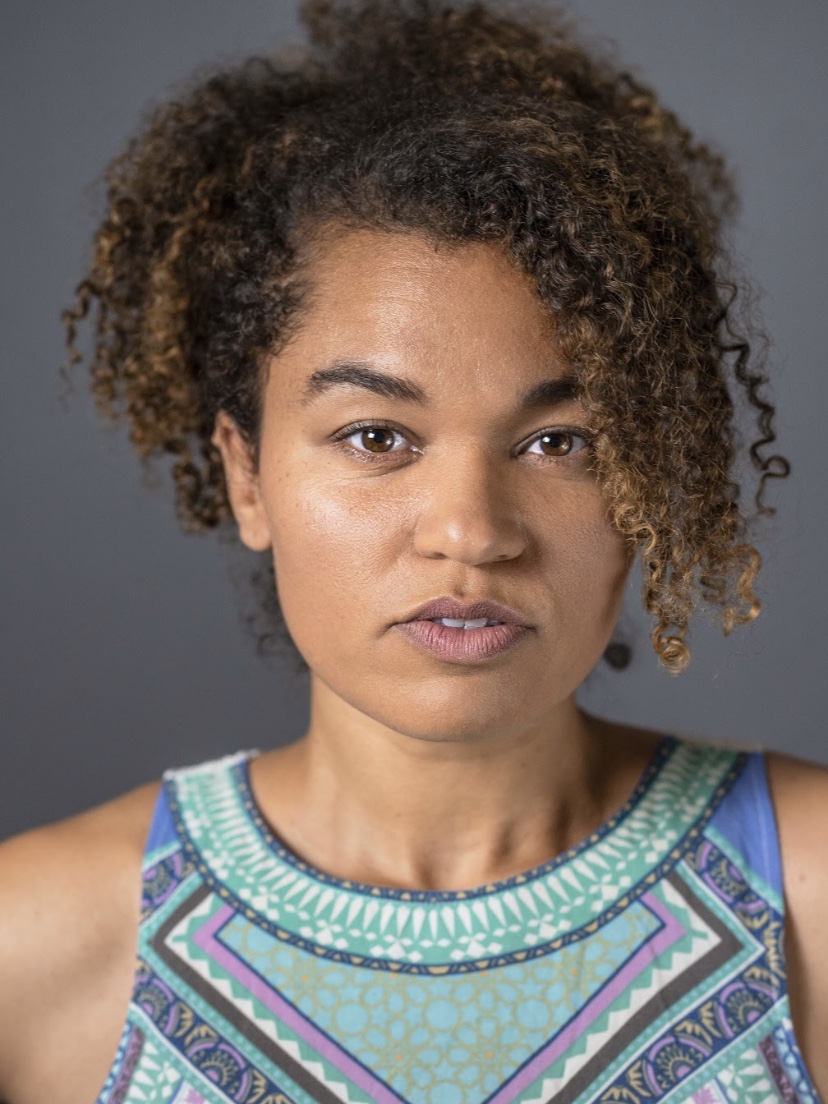 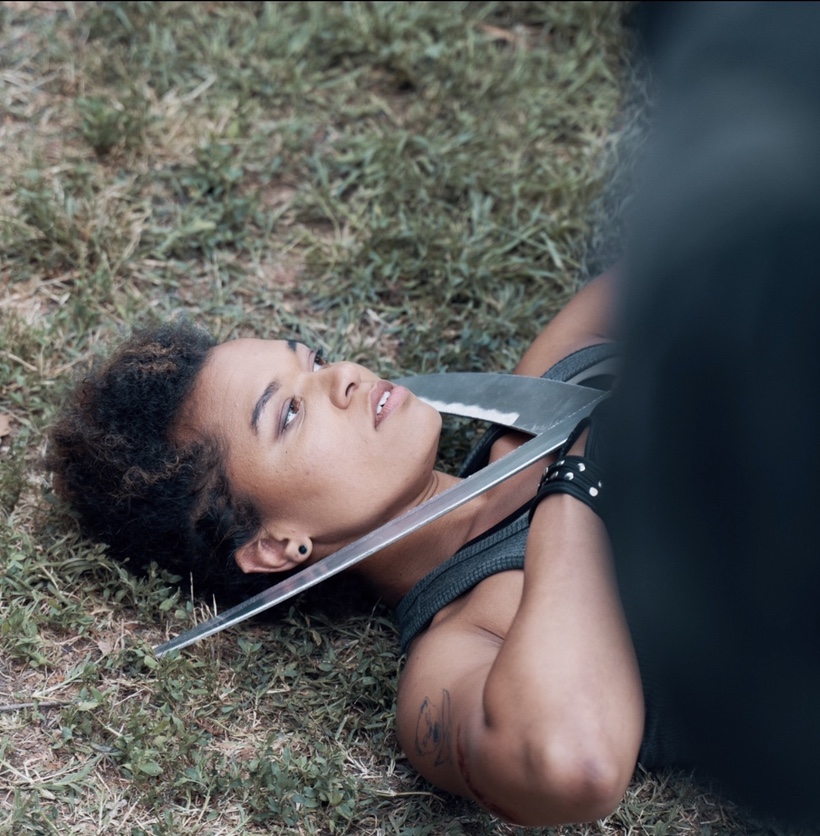