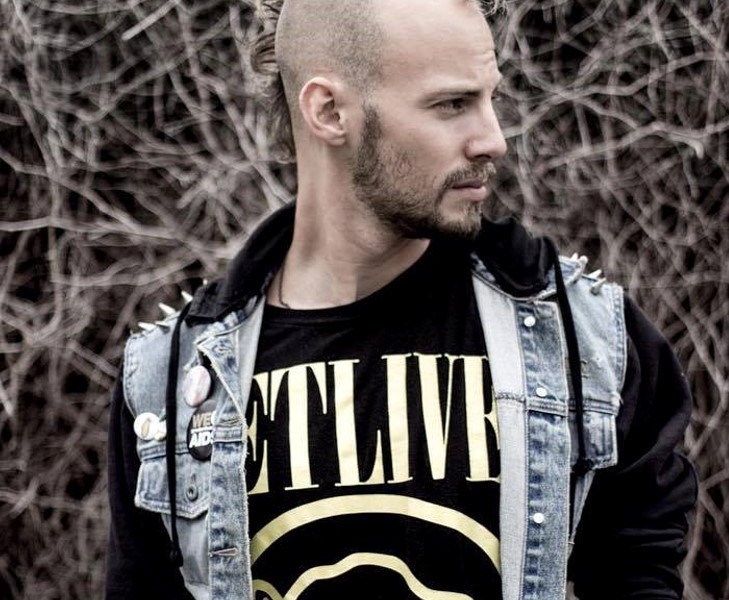 Today we’d like to introduce you to Lex Voight.

Lex, please share your story with us. How did you get to where you are today?
I first remember picking up a camera seriously in high school. My parents will tell you otherwise, but in this grody basement lab in DC was where I first saw the magic that was a print being developed. I was a good student, but never really tried as hard as I could have–instead, I was generally introspective and shot as much as I could. Inspired by peers than books, I just kept pursuing whatever idea had me at the time. In college it was more of the same, the lab acted as a refuge for me from a harsh Midwestern winter and an unforgiving social climate for a straight edge kid at a hippie school. The photo professor, Pipo Nguyen-Duy, became a friend and mentor and opened up whole new worlds of photography and art and thinking for me. It wasn’t until moving to LA that I got to see the practical application of photography as opposed to the typical starving artist archetype, and began exploring commercial photography more and more.

Concurrently, I got into punk music really young, went to my first show at 14 (Less Than Jake), and never looked back. Ska lead me to punk rock, which led me to emo, which led me to screamo, which led me to hardcore, which led on and on and on…I consumed music as fast as I could, burying myself in liner notes and thank you and online forums and used record stores. I started taking my camera to shows when I could get in, and it became a touchstone that I would return to throughout the years, before beginning to work with various publications more seriously.

Has it been a smooth road?
It never is, but struggle defines us I think. Most of my battles have been personal, internal ones. Overcoming extreme introversion and awkwardness, trying to get over my own ignorance of things in order to actually just buckle down and do them, enjoying the process, searching for a voice, finding the income to support the passion…It’s all persistent struggle.

How would you describe the type of kid you were growing up?
I was extraordinarily shy. In high school, my graduating class was only about 60 kids, but a couple of them remarked to me later on that I said so little over four years they thought I was a french foreign exchange student (I don’t know why french).

I started getting into punk early on and music quickly became one of the guiding lights of my world. Hardcore, in particular, was this amazing emotional outlet that let me know that despite my (somewhat self-imposed) isolation, alienation, hope, and rage–that I was not alone in feeling this combination of emotions. I learned about Straight Edge, too, which put words to a feeling I had already felt deeply within myself regarding substances, and gave me a community that despite, even still being on the fringes of, something to belong to.

Do you look back particularly fondly on any memories from childhood?
Been reflecting on time a lot lately. Realized I experience it as one long day with moments that vaguely stick out. I stay pretty even-keeled and present-minded, so my memories from childhood can get a bit fuzzy. Not sure I could pick out one moment so much as general feelings. Dog fur and wet noses, my best friend and I wandering our neighborhood, my best friends from high school creating worlds, traveling with my parents, taking naps after surfing all day, seeing my favorite bands, and books–endless books.

So, what’s next? Any big plans?
Work-wise I am constantly planning and maneuvering and fine-tuning my course. I’m looking to break more into the film and entertainment industry–through photo, film, and doing some motion and documentary projects here and there. I have a couple fine art photo projects that I have been gestating in the background for awhile that I can’t wait to get off the ground, too. I have a bunch of projects which I am really excited about sharing in the near future.