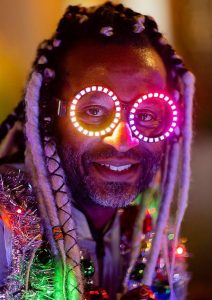 Today we’d like to introduce you to Marcus Gladney.

So, before we jump into specific questions about the business, why don’t you give us some details about you and your story.
I arrived in Los Angeles Feb 2014 and after a breakup three months later and with a Now EX being back home in Kansas City I found myself alone in Los Angeles and was drawn to the Magical Energy of Venice Beach. Shortly after milling around the beach during the day, I decided to stay past Sunset and What a treat. Venice Comes alive with Bicycles with Led wheels.

Upon seeing this, I instantly asked the next person I saw. He referred me to “Sebastian the Light Man”, two weeks of searching for him, we finally met. We became friends we shared backstories and from learning about the LEDs and installation a light went off. I asked had there ever been an organized bike ride in Venice? His reply was No Never, I couldn’t believe it, told him I was going to create this Sunset weekly bike ride Promoting Safe Cycling at night. So it took me until November of 2015 to actually drum enough buzz to bring my idea to fruition hence the birth of the NOW World Famous Venice Electric Light Parade. I would literally ride around on my personal bicycles that were fully lit playing music like the Pied Piper and people would follow. From Creating this movement I’ve met Numerous Celebrities and Television producers who join us from time to time. If you look at James Cordens show intro he is on one of my bicycles. Back then, I would average 5 to 10 people now it’s safe to anticipate 80 to 150 riders every week. The bikes that attend today are the most LED bicycles you will ever see.

We’re always bombarded by how great it is to pursue your passion, etc – but we’ve spoken with enough people to know that it’s not always easy. Overall, would you say things have been easy for you?
During the creation of the Venice Electric Light Parade I decided in order for this to work it had to be a community family-friendly event. in doing this, I had to put rules in place. Needless to say, there are alot of people who dont do well with rules. The rules consist of No drinking or smoking mindful music choices and respect every rider and try to have safety and wheel lights. So trying to dial everyone in has been a challenge but I have parameters in place to remind New riders of the Dos and Donts.

We’d love to hear more about your business.
My Event is a fun loving weekly bicycle ride that happens in Venice, California, rain is the Only element that cancels it. I’m most known as the creator and ride leader. the Most rewarding feeling I get from my event is the smiling faces of the riders and tourist alike. There have been other LED/Glow Bike rides started across the country, England and Australia from the inspiration of my event BUT there’s nothing like Venice, California.

What were you like growing up?
Growing up, I’ve always had this eclectic, Willy Wonka loveable likeable kind of Spirit that was caring and compassionate which holds true to this day. My interest have also been PEOPLE All PEOPLE from different parts of the world the language food and different cultures I love!!! 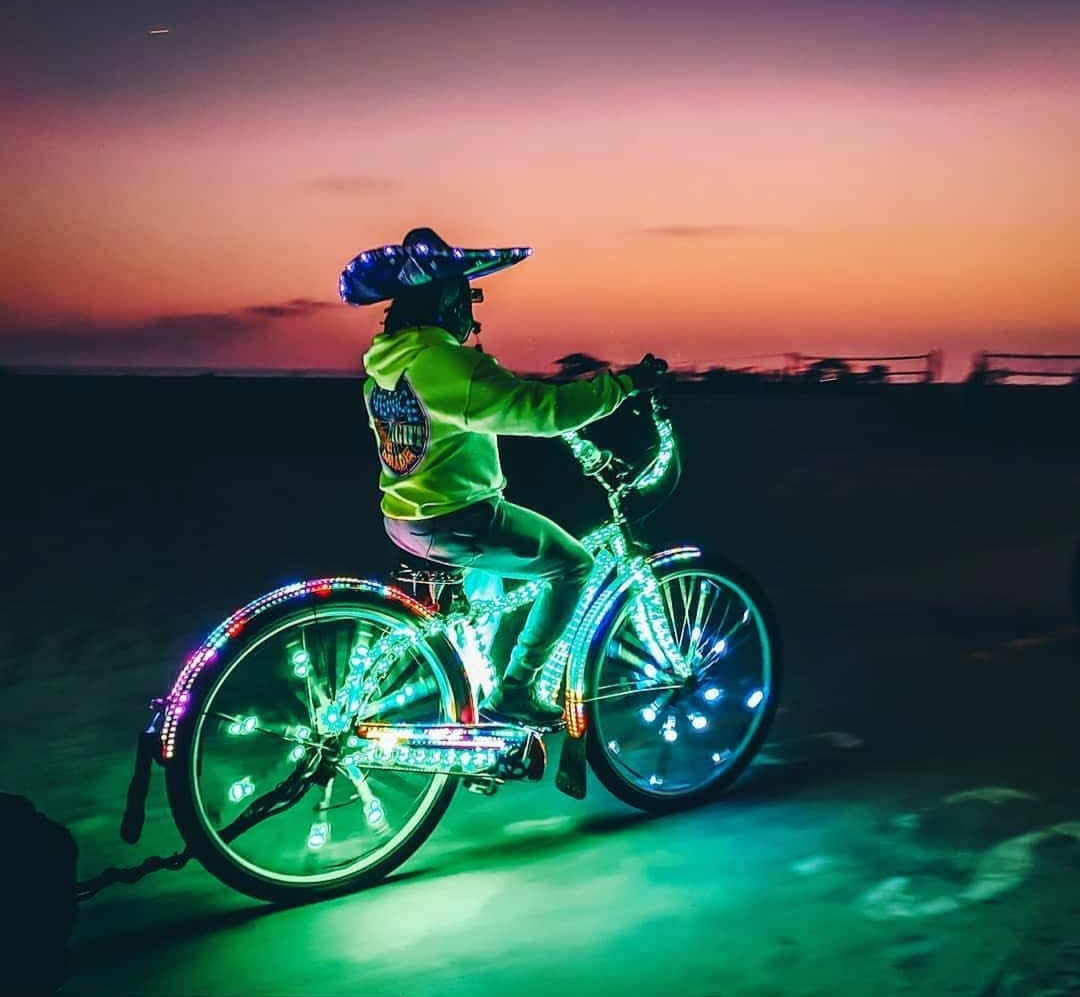 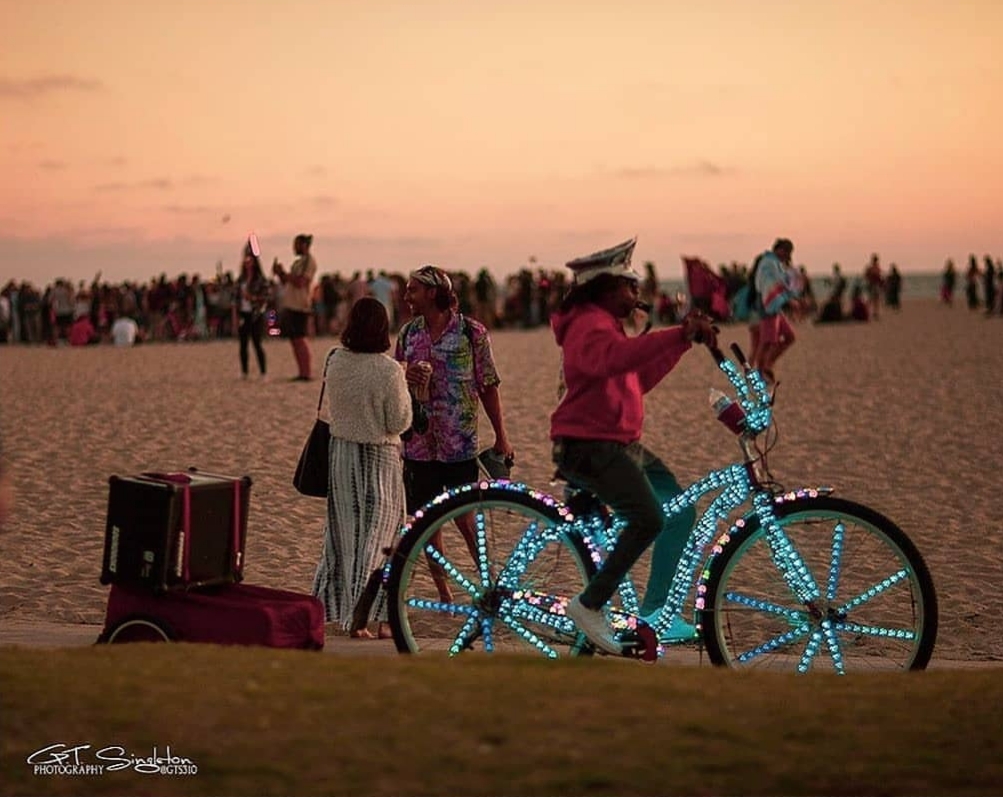 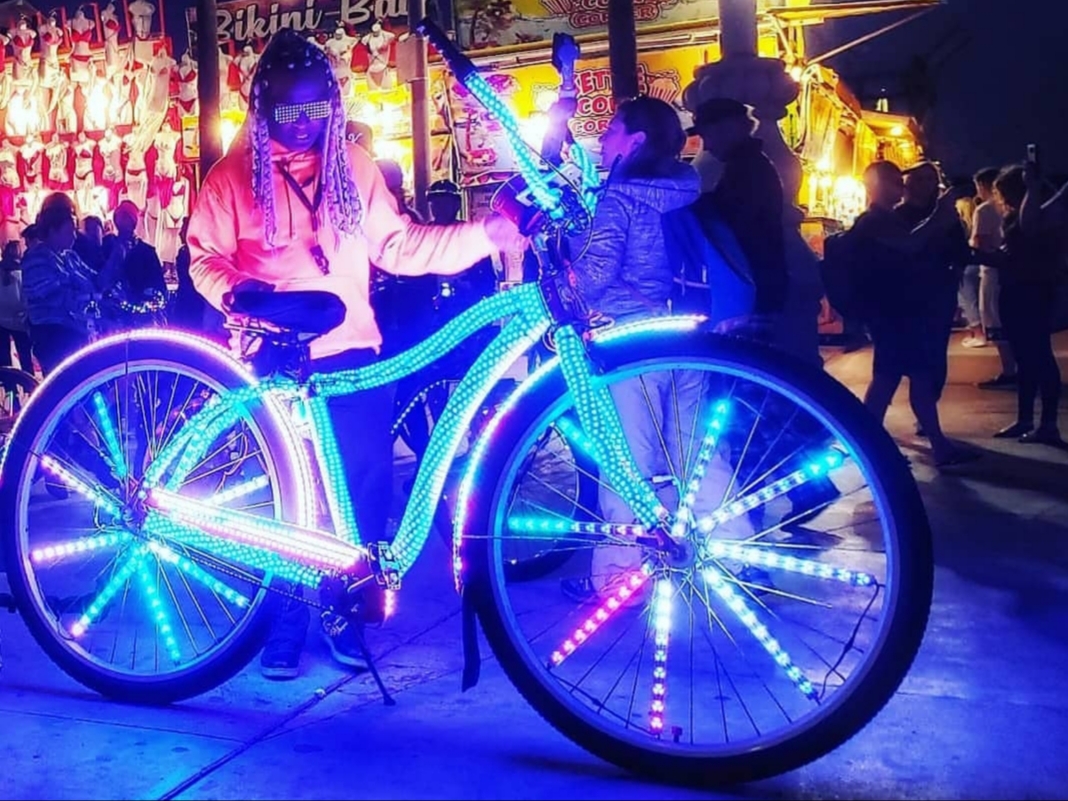 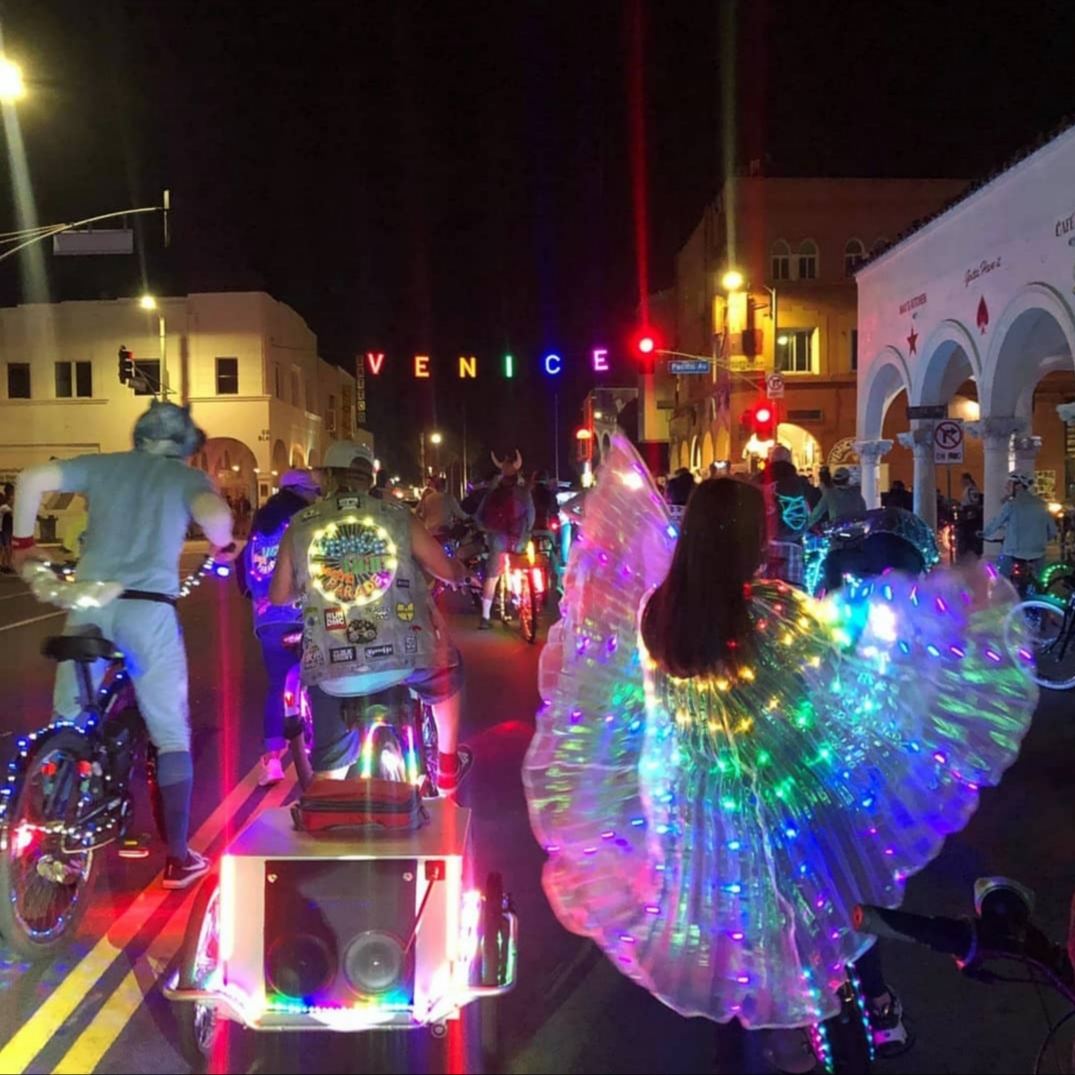 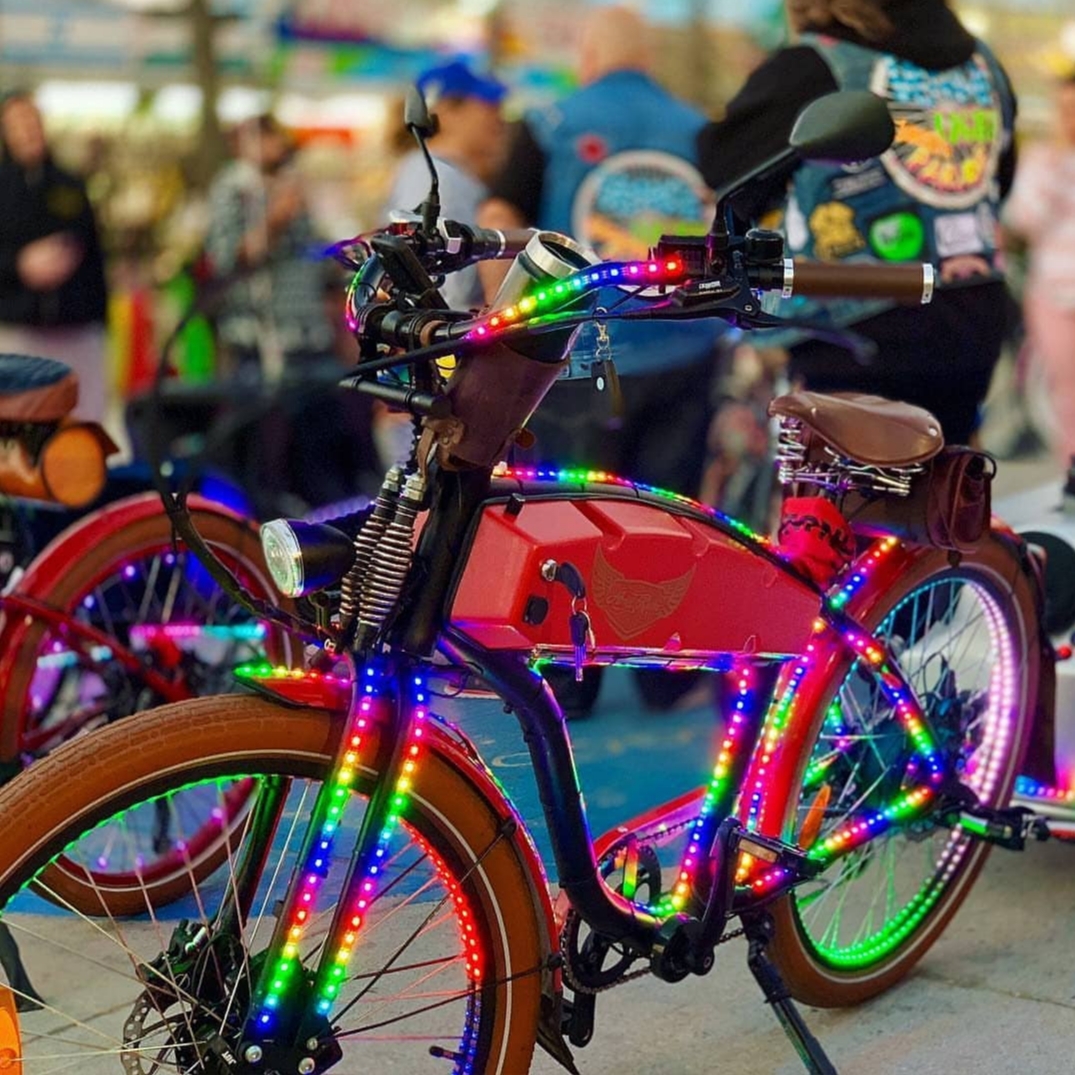 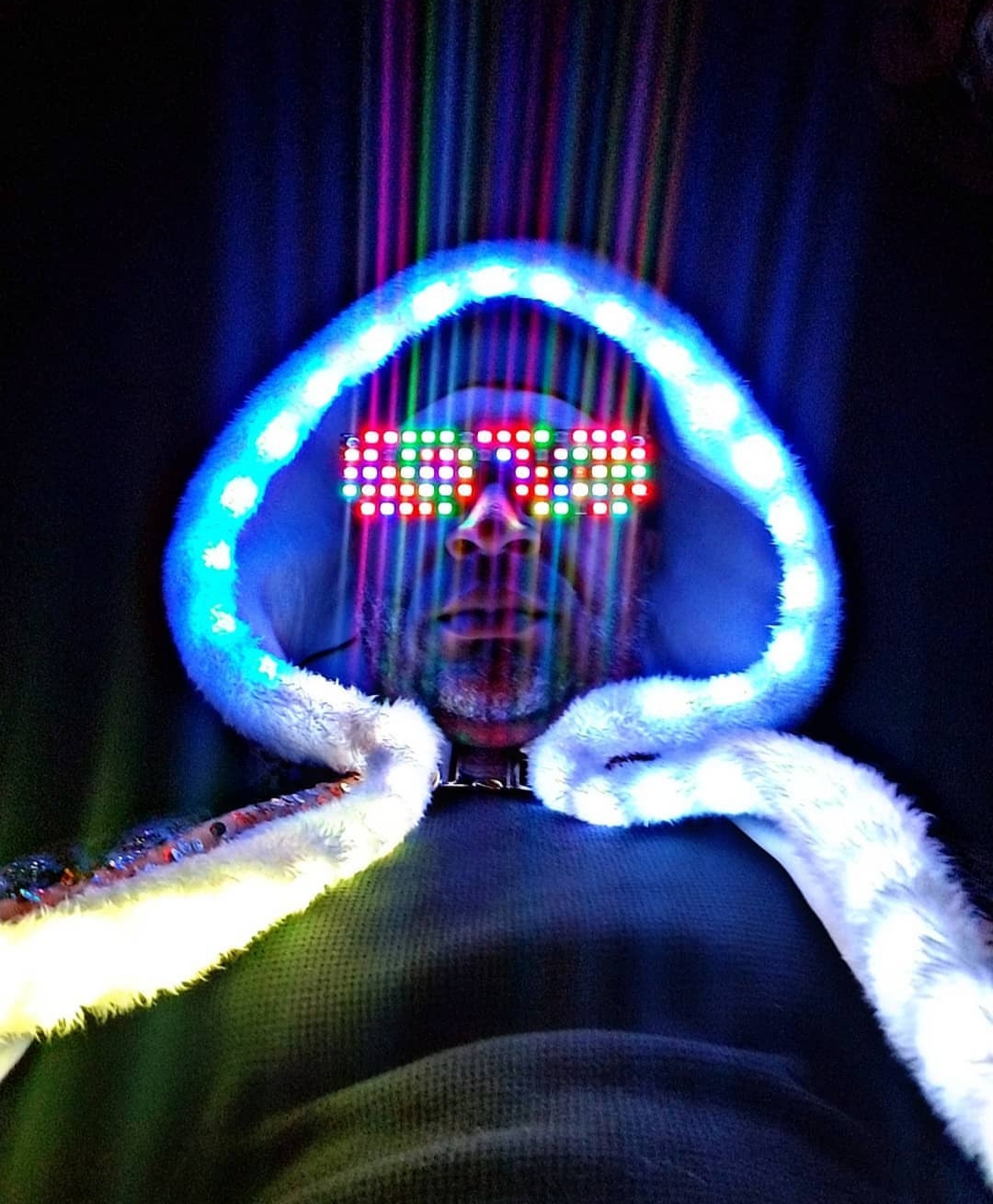