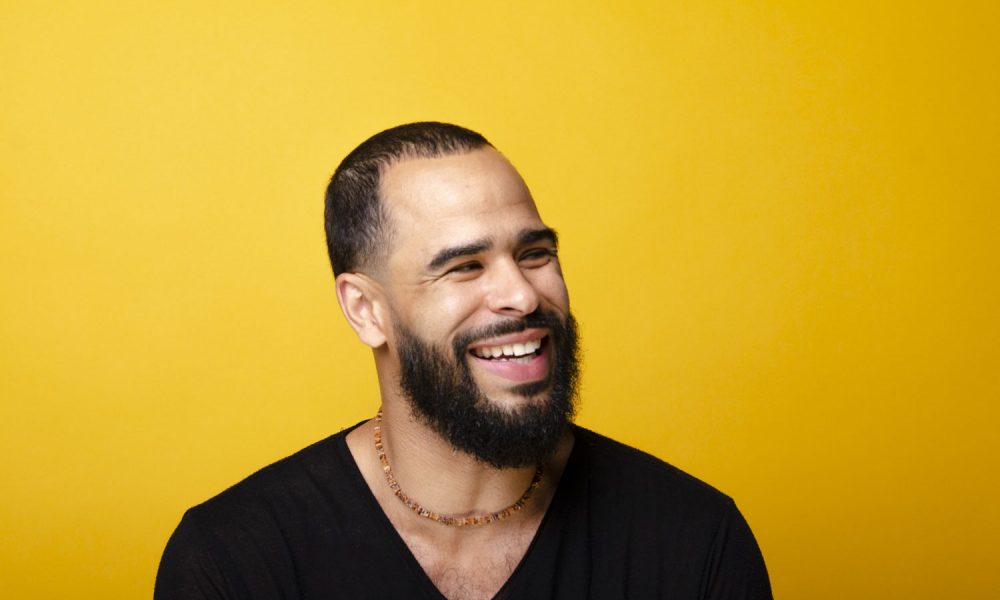 Today we’d like to introduce you to Vaughn Dabney.

Vaughn, please share your story with us. How did you get to where you are today?
I was originally born in Westminster, California and ended up attending six different elementary schools (three in Cali, two in Oregon, one in Texas) before eventually moving to Silver Spring, Maryland at the age of 11. Constant moving didn’t allow me to have childhood friends like many of my peers, nor has it allowed me to have a home or specific city to represent. However, it allowed me to learn how to make friends quickly, understand and observe people’s behavior and energy with scrutiny, and learn about the world more than if I grew up in one place.

In high school, I started my first company selling custom t-shirts with designs that I drew and painted. Shortly after that in my final year, I taught myself how to make custom candles. Scentuals Custom Candles was born and I took that into college for another year. I soon realized it wasn’t very sustainable or cost-effective without machines so I stopped. Around 2006 in my last year of college at DeVry University, I was studying Electronics Engineering, but I knew I didn’t want to do that after graduation. That’s when I taught myself how to code. Eventually, I took on a client pro-bono and started my company Empty Box Media (at that time, it was Dabonaire Media Group, ha!).

I started with websites and moved to build mobile applications around 2012 while living in Atlanta, GA. That’s what I’ve been doing ever since! I’ve been a full-time freelancer for seven years and it’s been an amazing, gut-wrenching and rewarding journey. I’ve been tested over and over while my character, values, and patience have been sharpened in such a way that it makes the ride worth it! I was told many times to take an easier route with more stability, but I’m glad I didn’t. If you’re on that same journey, don’t give up. In 2015, I ended up moving to LA strictly for the weather and to be near my brother.

A couple of years ago, I wrote and self-published an interactive book called “Finding One” (www.findingonethebook.com) and it became a best seller. It’s an easy read in which I talk about ego, communication, relationships, energy, goal achievement, etc. It’s a culmination of things I’ve observed and experienced mostly by being an entrepreneur. With so much time alone and with one’s self, you have no choice but to be introspective. Things can be as simple or as difficult as you want them to be and the goal of this book is to show you how to simplify the difficulties of life.

Has it been a smooth road?
Some of the challenges I’ve faced as an entrepreneur and following my own path is loneliness. When you’re doing things other people are unwilling to do, you end up on that road alone. But that’s okay as I am willing to go through the failures to lead by example educate my peers to go and do things beyond what I did.

So, as you know, we’re impressed with The Tiny Home Truck – tell our readers more, for example what you’re most proud of as a company and what sets you apart from others.
My software company primarily focuses on mobile app development for both iOS and Android. We’re full-service design and development along with building custom content management systems for client apps.

To date, I’ve developed roughly 50 apps over the past seven years.

Last year, I left LA to do what I had been thinking about doing for six months: to build and convert a delivery truck into a tiny home. Thus, the Tiny Home Truck was born. You’re probably saying, “Wait, what? What does that even mean?” Let me break it down.

Rent just doesn’t make any sense to me at all. Perhaps if there was an ROI while renting or some kind of return while I’m investing in this property that I don’t own (and maybe that exists somewhere else) I’m paying $30k per year in rent for how many years? Psshhhh. For most people, cost of rent is going up incommensurate with job pay. I don’t want a traditional home either, especially one that is $500k and needs work done to it. That mortgage and fees associated don’t interest me. I’ll build a self-sustaining off-grid container home when the time comes.

The idea of building my a home has always been a thing for me. Using my hands to manifest an idea is exciting to me (I guess that’s why I’m a software developer). I didn’t go to carpentry school or have significant construction experience but I knew I could learn anything I didn’t know or couldn’t figure out.

Cultural representation matters to me. Specifically when it comes to black and brown people in my community. Given that this country was not set up to benefit anyone other than white men, it’s important that I show my community that this can be done. We already know about the lack of resources and attention given to most black and brown communities in America. I wanted to show my community that there is an alternative reality in which you can control your happiness and living situation. And not that it has to be in a delivery truck or van, but that you can create a space for yourself and it’s within reach. I’m young and ambitious and it’s important for me to show my community that as an example. If you never saw a car, how can driving seem possible?

I currently live in my Tiny Home Truck in which I have electricity via solar panels on the roof, running water in the kitchen, a full-sized 8″ Murphy bed that folds out from the wall, and a bathroom (shower coming soon). It is registered as an RV. I have no rent, I can live pretty much anywhere I want and the best part is that my girlfriend loves it! For the numbers people, I purchased the truck for $10k and have spent about $8k building it out (including all materials and components) over the last year. My monthly expenses which mostly consist of business things like servers, insurance, phone comes out to be $850/mo. I have such an amazing group of friends and community around me that keeps me going and I’m humbled and grateful to even do something like this.

I’ll have exhibits, talks and house warmings in LA very soon. If anyone is interested in doing something like this or has any questions, please do not hesitate to reach out to me.

Let’s touch on your thoughts about our city – what do you like the most and least?
Los Angeles is strategically the best place for me, especially the weather. Nowhere else in the country can you get relatively consistent warm weather without having to worry about hurricanes, tornadoes or snow. This condition creates a thriving economy with opportunity waiting to be seized every day!

I would say my least favorite thing about LA is the homelessness issue and how it’s being handled. Let me be clear–the presence of homeless and disadvantaged citizens is not what I’m calling out. It’s the fact that it has been so prevalent for such a significant amount of time yet the progress has been slow and stagnant. There are funds that have been allocated to build housing for these disadvantaged citizens, but one of the reasons it hasn’t been done is because no one wants homeless housing or shelters in “their” neighborhood. This is an “everyone” problem but instead, it’s created an attitude of isolation and “bubble-ism” among people who have never spoken to anyone living on the street.

People who have never listened to stories of amazing humans who had less opportunity or resources to actually thrive. People who are struggling with mental health conditions that are met with scowls and fear instead of help and understanding. Oh and let’s not forget about hope. When you lose hope…when a community loses hope–it’s all bad. Without hope, you have nothing. No aspirations, no cares and not much love for anything.

I lived in DTLA for about three years and saw people every day just trying to stay warm or get something to eat. I spoke to anyone I could. I read a few years ago that the one thing homeless people wanted most was to be acknowledged. To have someone simply speak or say hello. That makes sense to me. So I put it into practice. I started to engage and know the names of the homeless population around where I lived. I would do food and blanket runs late at night. And to quickly address any naïveté lingering in anyone’s mind: I’m aware that not everyone living on the street wants help or is even able to receive help without major cost. I get that. But it’s not an excuse to not be kind.

I recently built an app called Munee (pronounced “money”) that was inspired by the common response to homeless people requesting money: “I’m sorry I don’t have any cash on me.” True or not doesn’t matter. I never carry cash on me but I also want to be able to help. Some people buy food when they can. I started thinking to myself, “How can I empower this person?” “How can I give them a sense of dignity AND responsibility while helping them eat or tend to personal hygiene?”

I built Munee over the course of about a year and even spoke to the Mayor’s office about what I was planning to do. The app allows anyone to send funds to a specific disadvantaged citizen or homeless person without giving tangible cash by scanning a QR code. Essentially donating money to that person in a frictionless and cashless manner. Upon doing so, said disadvantaged citizens would visit a participating business to use those funds (still without any cash on hand) to purchase approved items such as food, hygiene products, etc (no alcohol). The non-profit portion of Munee is being finalized and I’ll be looking to partner with LA and any other cities that are interested. There is a similar program in Seattle and it’s doing well. That gives me hope. This wasn’t meant to be a plug but moreso a call-to-action. Anyone interested in the platform can visit https://getmunee.com. 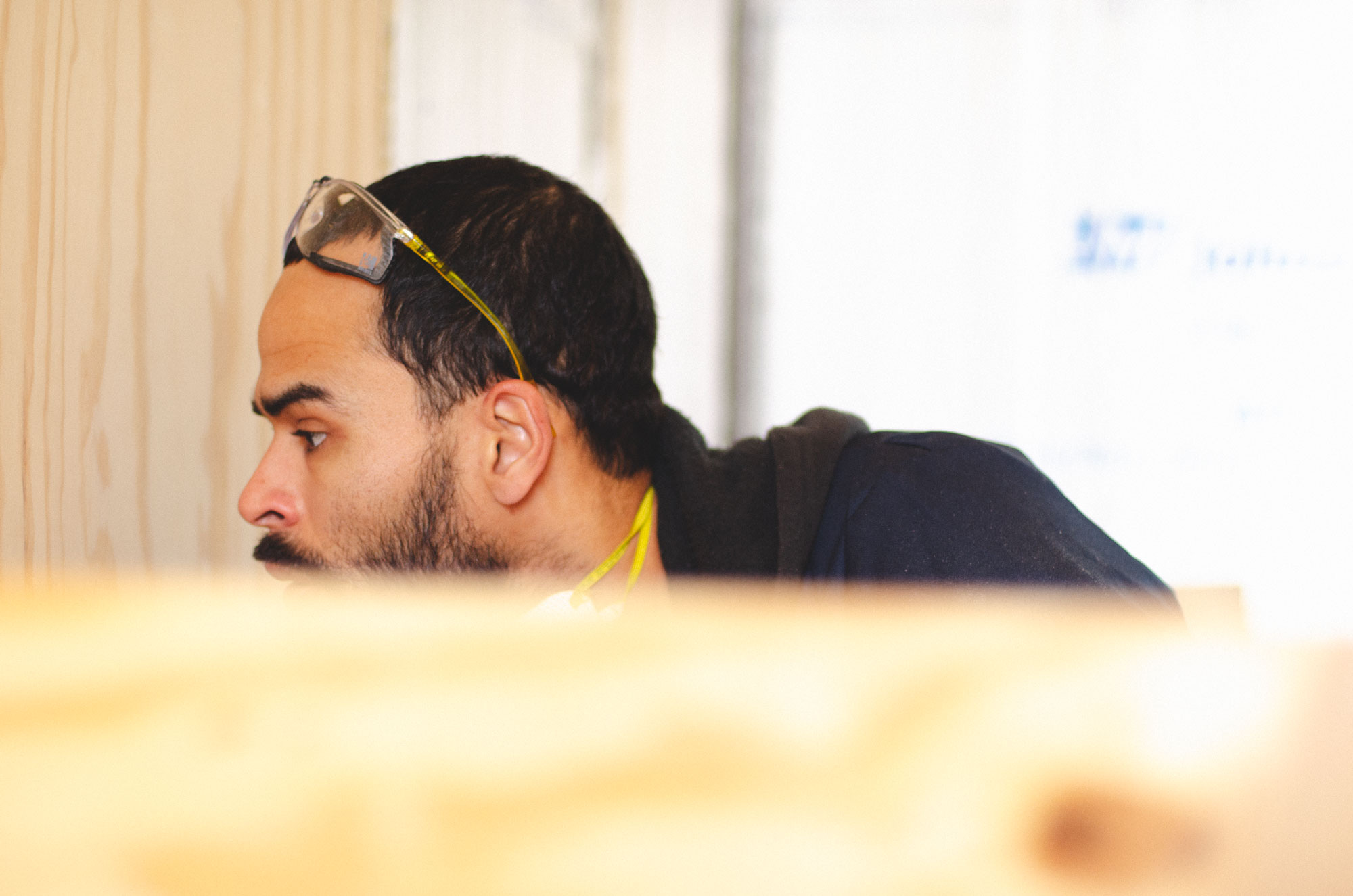 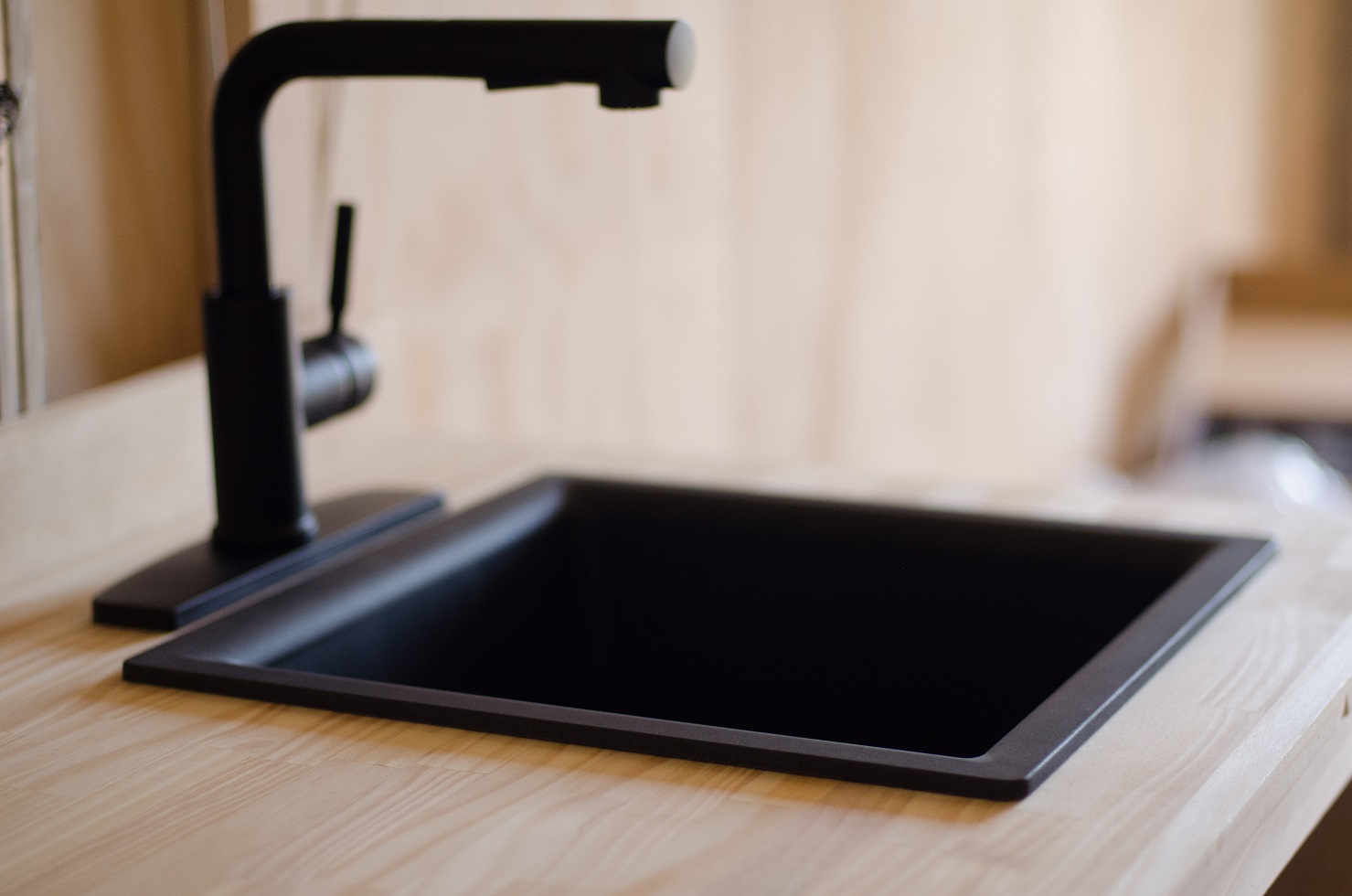 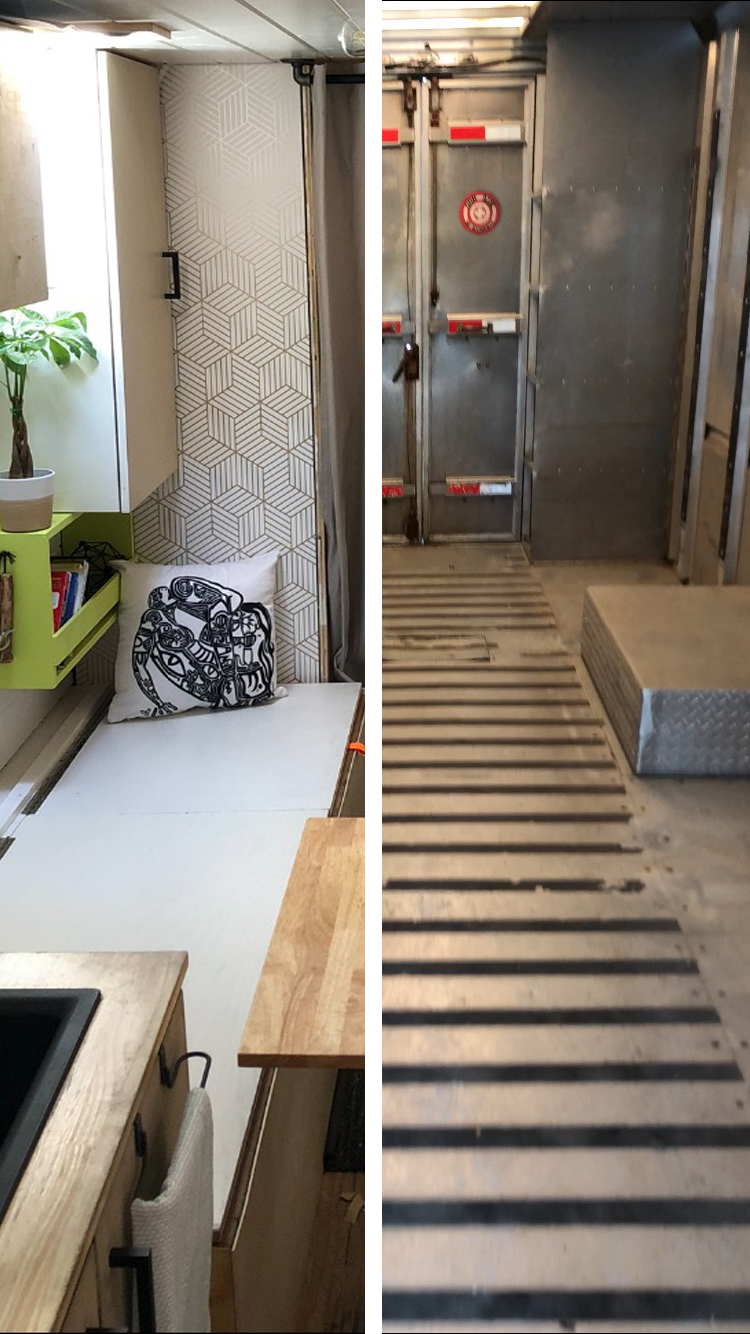