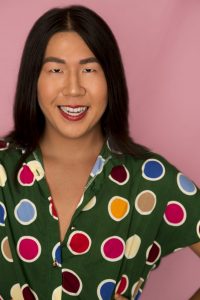 Today we’d like to introduce you to Varut Chee.

Thanks for sharing your story with us Varut. So, let’s start at the beginning and we can move on from there.
My first time doing stand up comedy was at Torrance High School’s annual talent show during my junior year. I was always told I was funny, so I decided to buy “How To Do Stand Up Comedy” by Judy Carter from Barnes and Noble. I performed my cute little eight minute set in front of 500 people for the first time and killed. I caught the comedy bug.

At first, I thought it wasn’t a real job because of my Asian upbringing, but I went to college in New York City (The King’s College) and started to change my thinking. I studied at the Upright Citizen’s Brigade Theatre and did open mics all around the city. I switched my major from Politics, Philosophy, and Economics to Media, Culture, and the Arts and the rest is history. Since graduation, I’ve moved back to LA and have been working towards becoming a successful comedian.

Great, so let’s dig a little deeper into the story – has it been an easy path overall and if not, what were the challenges you’ve had to overcome?
Girl… It has not been a smooth road. I’ve faced a lot of rejection in my life. I’ve had a commercial agent for years and haven’t booked a single one. I’ve auditioned for various projects and have had very few paid gigs. There’s definitely been a lot more no’s than yes’s. This industry is difficult.

I currently identify as a non-binary femme and on top of that, I’m Asian. I don’t think Hollywood knows that do with me right now. Luckily, I do comedy and create my own content. I’m able to tell my story and give myself opportunities. I know the industry is slowly changing, but it needs to happen faster. I’m ready to work!

As a queer person, I have to deal with a lot of ignorance. I’ve been in acting classes where they only want me to play the sassy gay guy. I get asked to be the stereotypical bitchy character often. I don’t get to play a lot of well-rounded characters.

It’s also hard being Asian. There are still many assumptions about Asian people like that we’re submissive, nerdy, or awkward. Hollywood wants to put us in a box. I’m originally from Thailand, so I always have to teach people how to pronounce my name. There has definitely been a lot of progress with movies like Crazy Rich Asians, but there’s still a lot of work to be done. Our stories need to be told. Representation matters!

Also, I get submitted to the commercial world as a man, but I’m not a man. I’m also not a trans woman; I’m non-binary! I have to compete with all the other diverse comedy men, but I’m wearing full makeup in my headshots. That doesn’t make any sense. My only chance is to wait for the rare LGBT roles, but those are a dime a dozen. It sucks, but I’m not going to give up. I am fierce, fabulous, and funny — and the world is going to know it!

Please tell us more about your work.
I’m the self-identified, “Beyonce of Comedy.” I’m a drag-twerk-Beyonce loving comedy queen. I love being fabulous and making people laugh. Whenever I perform, it’s always a show! I’m not afraid to say and do whatever I want. I always speak my truth.

I have three seasons of a web series called, Varootisonfire, which is also my brand, catchphrase, and company name. I created the series as a way to produce my own content and explore my faith and sexuality. I grew up queer in the church. For many years, I felt a lot of shame about my sexual orientation, but I learned to love myself and come out of the closet. The web series is about my dating life and being a virgin. I wanted to show people what it was like to grow up in the evangelical world as a queer person. My character is obsessed with finding love and losing his virginity. Ultimately, I want every queer person to know that they are perfect and loved just the way they are.

I also want to be role model for non-binary people of color. People still wonder if I’m a man or woman and that’s okay. I’m happy to educate people. I do believe gender is a social construct. I think we all need to stop taking ourselves so seriously. Wear a wig. Put on some lipstick Have fun, for goodness sake! We have to stop being society’s definition of us and just be ourselves. It doesn’t matter what a person’s gender is, what matters is their personality, character, and heart.

Is there a characteristic or quality that you feel is essential to success?
Authenticity. I try my best to always be Varut. If we’re talking about branding, we all want to be unique, don’t we? The best way to be unique is to be yourself. There’s only one of you. Even though it’s hard, I try not to compare myself to other people or be like anyone else. I always speak my truth. I never want to be fake or false. I always keep it ONE HUNDRED!!! #varootisonfire 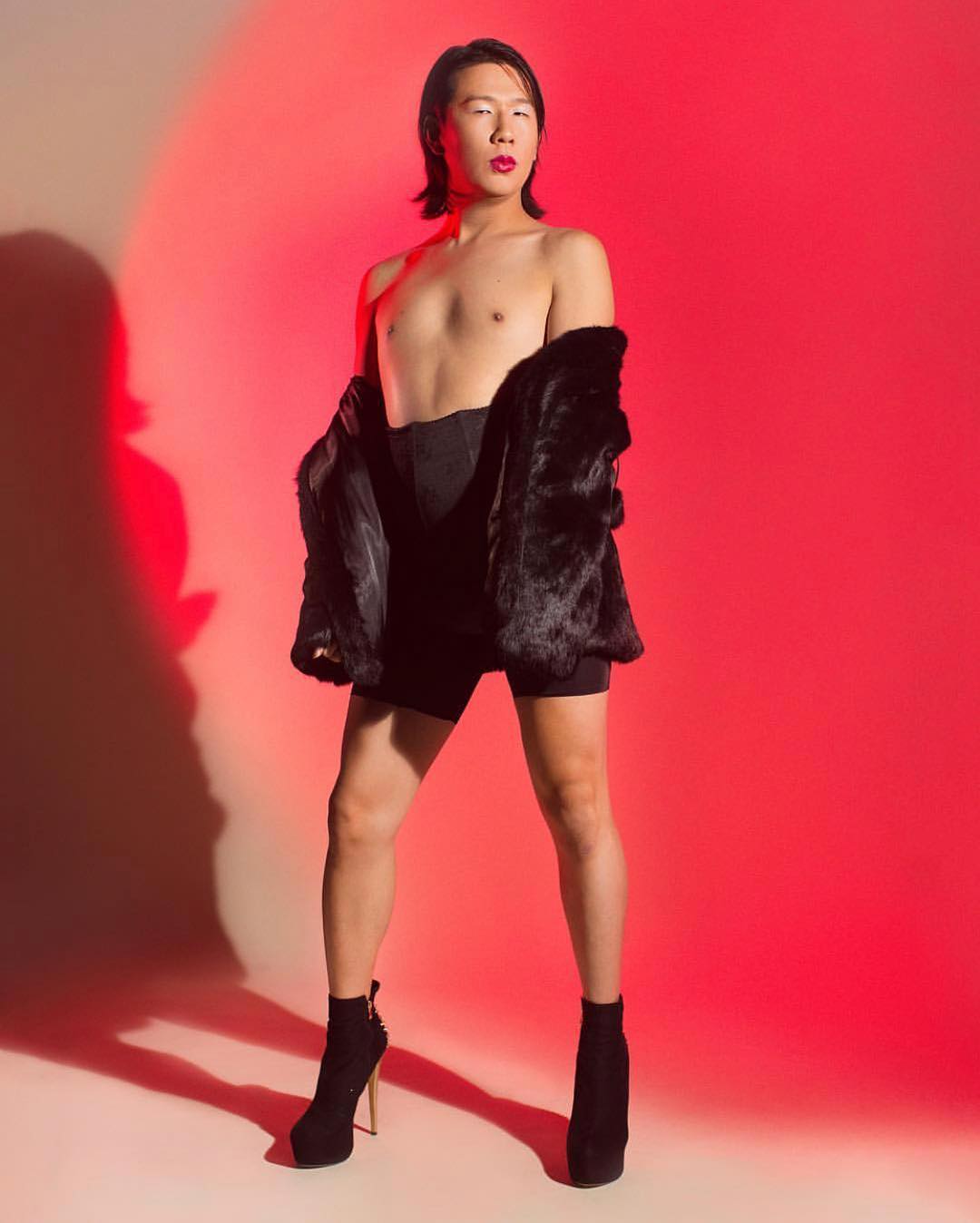 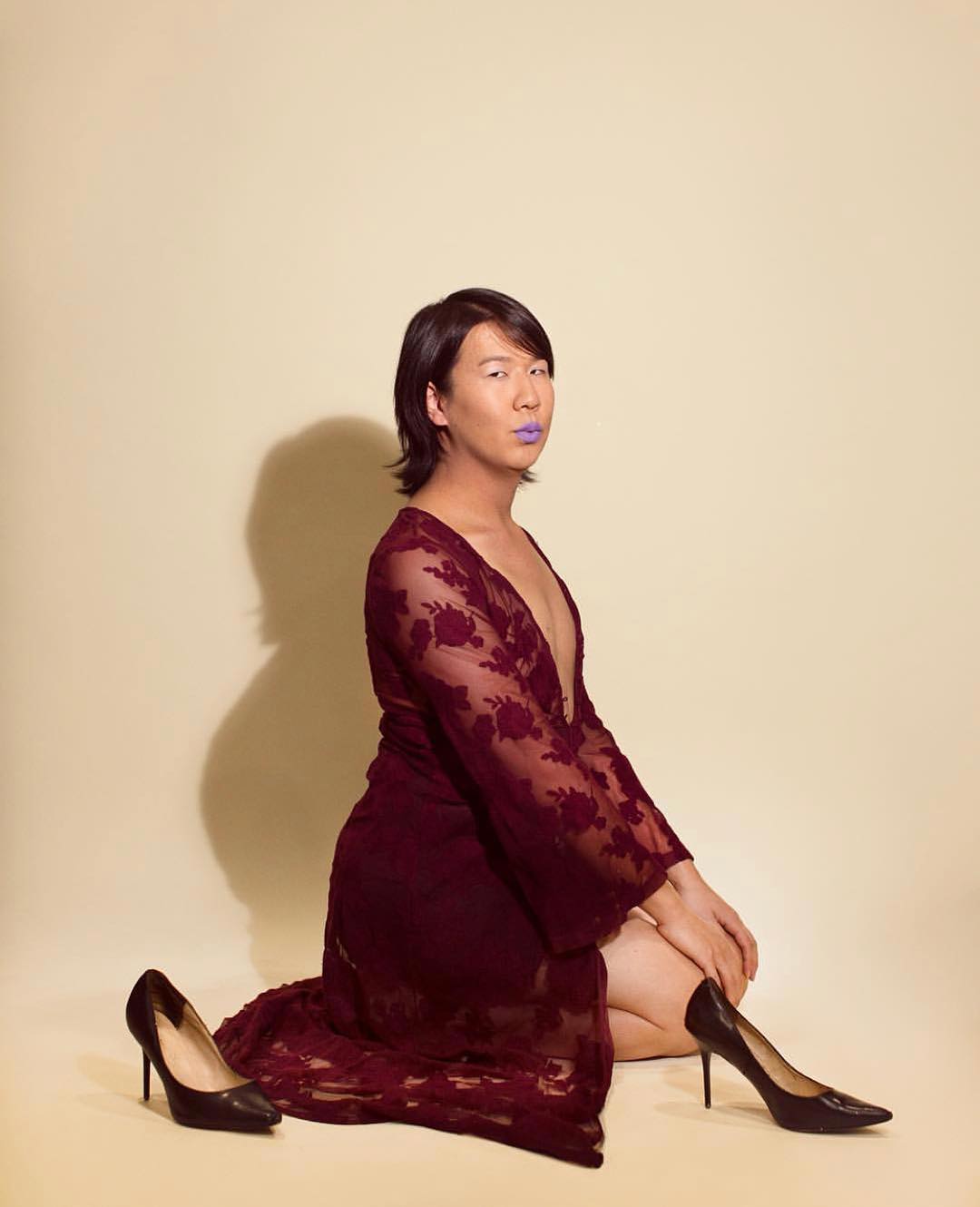 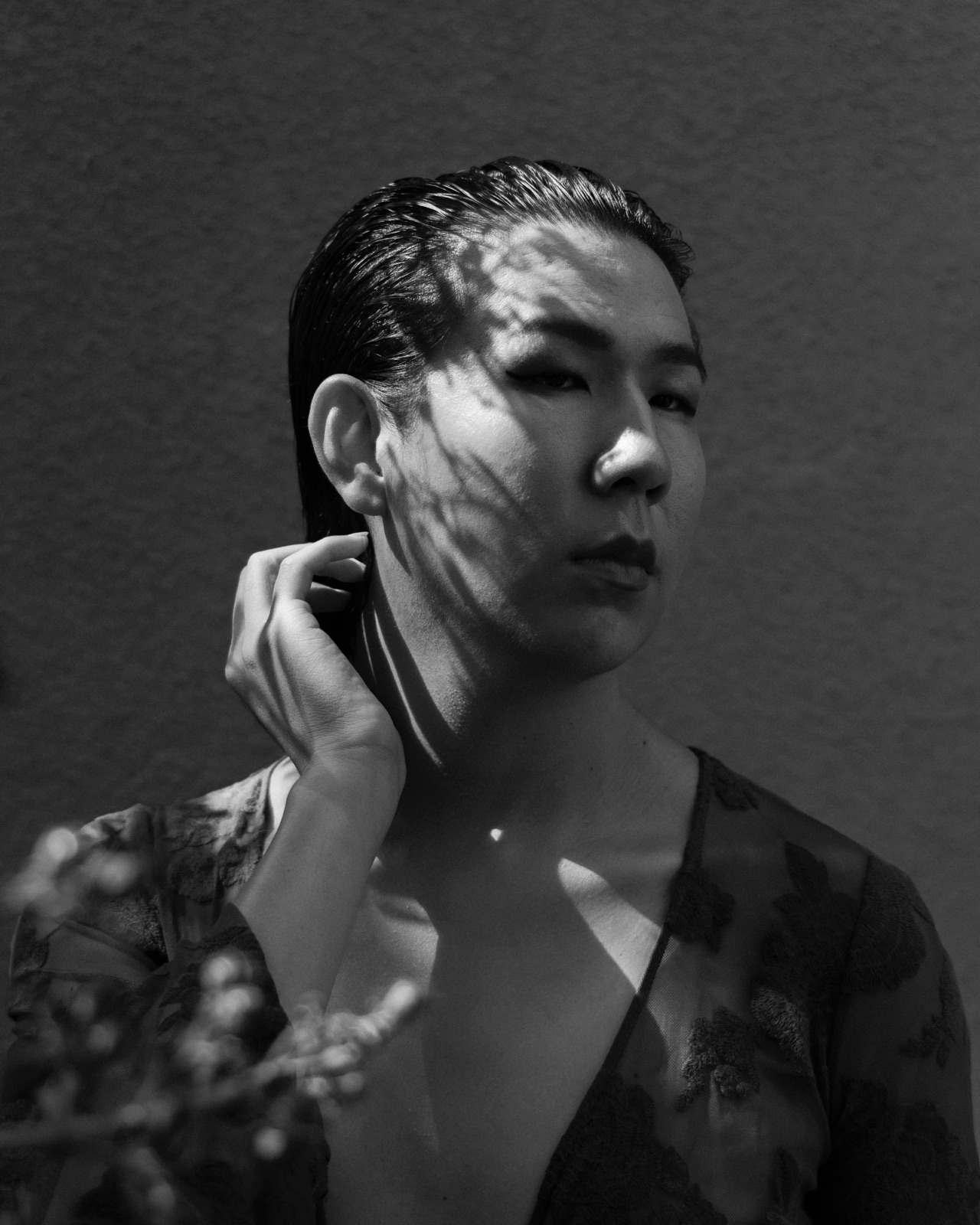 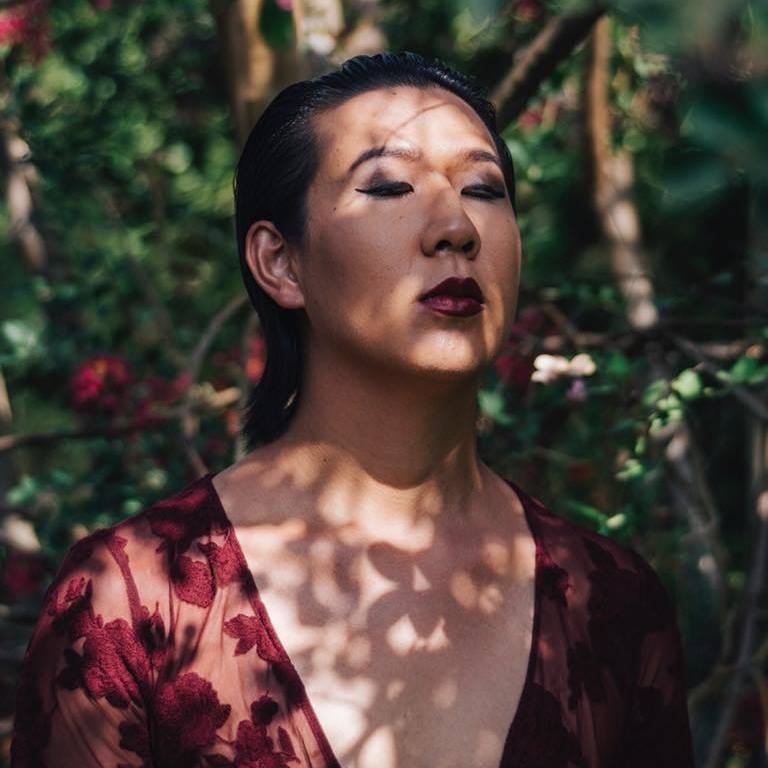 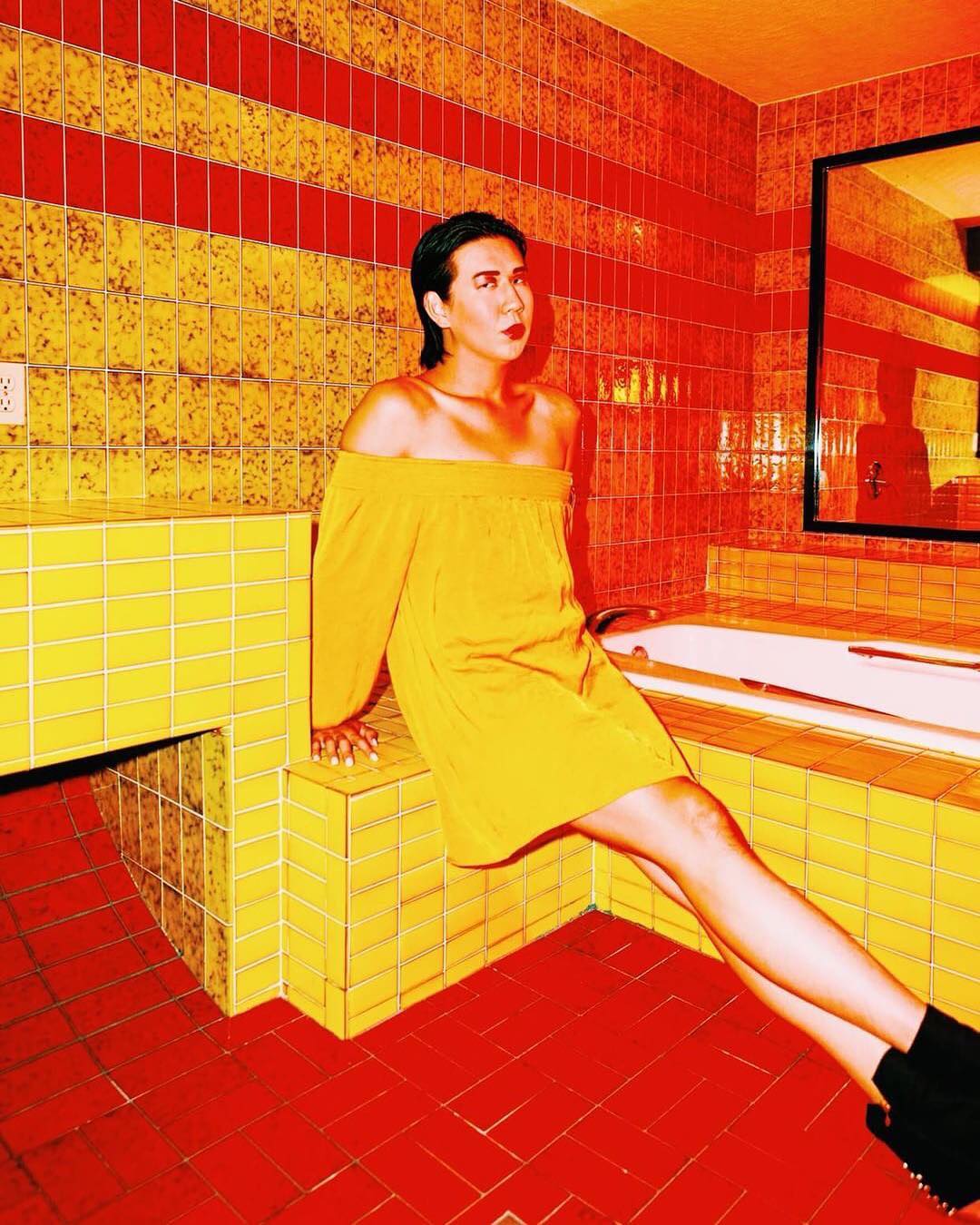 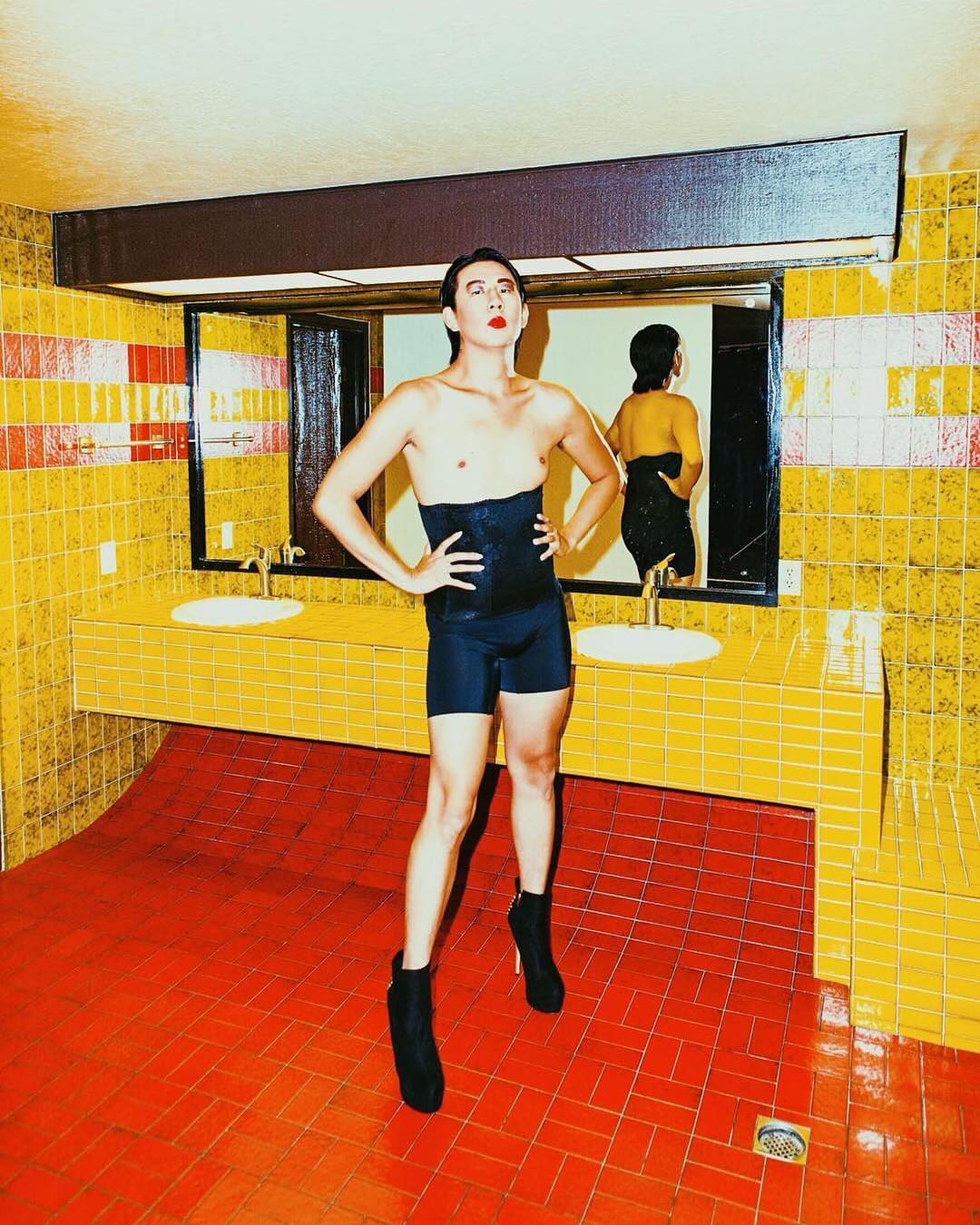