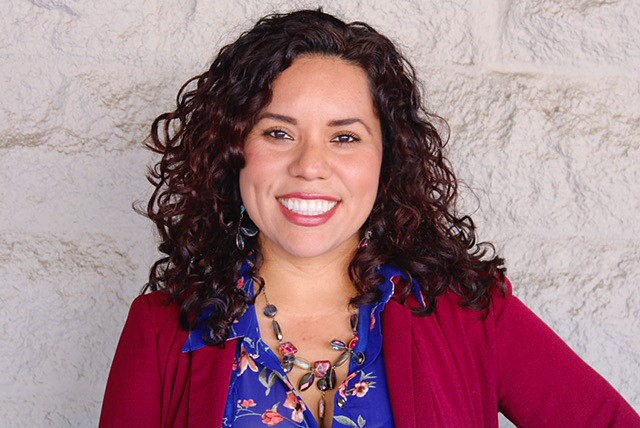 Vanessa , let’s start with your story. We’d love to hear how you got started and how the journey has been so far.
14 years ago, I started my career as a Journalist at Univision; the # 1 Spanish-language network television station in the country. My first job was in the newsroom department as an intern, where I wore multiple hats; from serving and greeting celebrity guests to having the fortitude to write and edit what went on the teleprompter. After the internship, I was hired as the Executive Assistant to the News Director. My dream at the time was not to sit in a cubicle all day taking orders from a man known as challenging to work with, but rather to become a News Reporter. Yet, I accepted the position to continue learning and stretching myself. Within a year, I relocated to UNIVISION in Washington D.C. in my pursuit of becoming a News Reporter, and to my surprise, the opportunity to become a Weathercaster as well.

From the surface, my life looked as if I had reached the “American Dream” but I was unhappy and confused. I was unclear as to why I didn’t care nor felt passionate about the stories I was assigned to cover. I became angry with myself judging that many would jump on such opportunity to be on television, yet I was not engaged. I remember stressfully questioning and doubting myself as a journalist, when I then heard my inner voice convey, “You were born a journalist you just need to discover your niche”. You would imagine such statement would uplift my spirits, but instead I became even more angry. According to me in my 20ce, I had done “everything” at my reach to have my life all perfectly figured out.

I moved back to Los Angeles to find this “passion” of mine. It was not easy. At the time, the economical downslope of the war between Afghanistan and the U.S, left little opportunities for paid work in journalism. It was a tough time not just for journalists but for everyone as a collective. I became depressed; a depression that took me to a very dark place that later led me again to the inner voice inside of me. Only difference this time was that I did not become angry with this voice, instead I welcomed it with tears. There on, I spent countless of hours reading books on spirituality, I would talk to this Godly energy voice in prayer and this energy would respond during meditation. I gradually began to witness myself making the best of whatever was present by working at a local grocery store to make ends meet, while volunteering at the local newspaper as a writer. Interestingly, regardless of having no pay for my published stories, writing seemed to nurture my soul, particularly when I would be assigned stories that were less political and more uplifting. During this time, I also volunteered at KPFK 90.7 FM helping with production and story content. The stories were mainly on politics, yet I felt this to be a pivotal time in my life where I was to continue exploring versus questioning and complaining.

5 years well into my journey of exploration, I serendipitously discovered and shortly after was admitted to a Master’s Degree (M.A.) in Spiritual Psychology; a program that spoke to me in ways that felt very familiar to my soul. After 2 years of completing my masters, I returned to KPFK; this time to make them a proposal: a show on spiritual psychology. I didn’t quite exactly know what that would entail, but I trusted the timing and my heart finally being in the right place. This led to my proposal being accepted as I was offered a 30min time slot at 11:30 PM. It was clearly not the ideal slot, but I made the best of my time and named my show Transforming Consciousness. 1.5 years later, the Program Director and General Manager at KPFK expressed the potential they saw in me to take my show to the next level. This resulted in promoting me to a 1 hr primetime slot in 2019; a time when Transforming Consciousness has had an overwhelmingly amount of positive responses from the listeners.

Every week, I receive emails from listeners sharing how much my segments are helping them grow and transform in their respective vocations and personal endeavors. Just the other day, I received an email from a man that shared he had taken a day off from work due to stress and depression, and how blessed he felt to have been off work to discover my show as he felt more alive and at peace after tuning in.

It is stories like these that remind me that nothing is an accident and that I’ve been planting seeds from day one to create the ripple effect experienced. Transforming Consciousness is playing as a catalyst to support those individuals that have been suffering in silence to guide them into higher states of consciousness and overall well-being. To say I am happy to have found my “niche” is an under-statement, I am sincerely in love with life and how the Universe always conspires for you when you simply learn to trust and surrender despite blurriness of details.

We’re always bombarded by how great it is to pursue your passion, etc – but we’ve spoken with enough people to know that it’s not always easy. Overall, would you say things have been easy for you?
During my time as an executive assistant at UNIVISION, I witnessed first-hand racism and stereotypes of what a Latina women “should” look like on television. The demo reels I was assigned to throw in the trash, were accompanied by “notes” that shook me. These notes specified the reasons why some demo reels were not accepted, which had little to do with talent, trajectory and intelligence but more so physical appearance. Some notes conveyed, “nose too flat”, ” too indigenous” and “not feminine”. The demo reels that were selected had notes attached to them that conveyed, ” young”, “feminine” ” blue eyes”; to name a few. I suffered in silence knowing what took place behind the scenes while others only knew what was presented on the surface. I suffered because I wanted to speak up for those whose demo reels were thrown in the trash but I was also afraid of ruining my career in defense of others

As a Mexican-American woman with beautiful olive skin and distinctive features that represent not only Mexican women but all of Latin America and the Caribbean, I allowed the notes attached to these demo reels to have an impact on me. I became depressed as I thought I had to “look” a certain way to reach my dream of becoming a News Reporter. That intertwined with confusion and anger brought me to a state of unworthiness and low self-esteem. To the degree of isolating myself from the world for several years. I didn’t want to be asked questions or be perceived as a failure for giving up on my dream of becoming a News Reporter. I didn’t want people to make fun of me for I had gone from a job in television to working at the local grocery store to help make ends meet. My inner reality had clearly contributed to my outer reality.

So, as you know, we’re impressed with (your show Transforming Consciousness) on KPFK 90.7 FM – tell our readers more, for example what you’re most proud of as a company and what sets you apart from others.
KPFK’s core mission, as an independent radio station, is to fully distribute accurate, objective and comprehensive news on all matters in ways not commonly heard in corporate media. KPFK is known for being a fearless independent media outlet that is the voice to the voiceless communities, which is very much in alignment with my shows name and motto of Transforming Consciousness. My role as producer and radio host of Transforming Consciousness, is to invite leaders in the spiritual realm to continue collaborating in discussion of transpersonal growth for the upliftment and evolution of humanity. As a Journalist and Intuitive Healer working on my doctoral degree in Depth Psychology, I am passionate about interweaving integrative healing and journalism in ways that invites the somatic connection between mind, body and soul. Transforming Consciousness is known for its commitment to engage listeners in retrieving their inner power from the unconscious to heal and be transformed. What I am most proud of is working for an independent media station that offers me a platform to continue sharing stories of transformation. What sets me apart from others is that I acknowledge dark moments as re-direction to where I’m meant to be. I have been redirected to broadened my awareness of who I am and how I view myself regardless of societies structures and expectations. To say the least, what sets me apart from others is that I am no longer striving to be liked or accepted as much as I am in being a beacon of light for those that may still be suffering in silence. Through my shows, I am reminding people that there is hope, they are not alone, and support is available.

So, what’s next? Any big plans?
That’s a BIG question! All I can convey with conviction is that Transforming Consciousness will continue to plant seeds, and in time the tree will reveal itself. 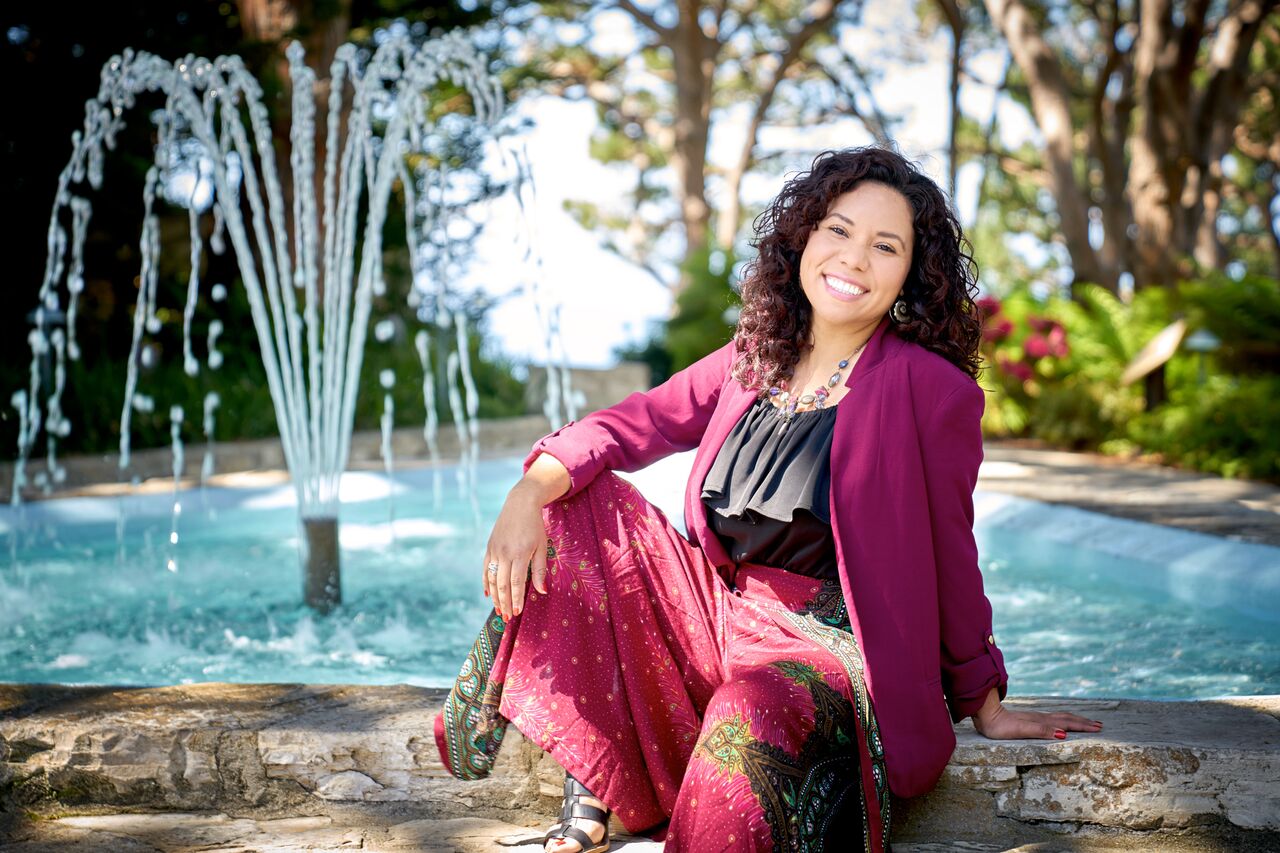