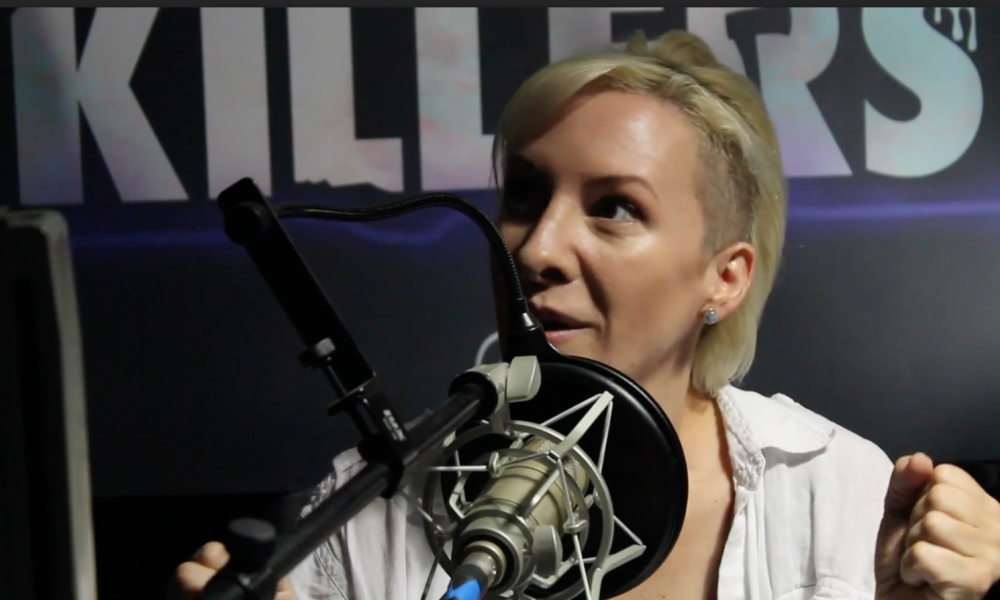 Today we’d like to introduce you to Vanessa Richardson.

Vanessa, can you briefly walk us through your story – how you started and how you got to where you are today.
I grew up around music, art and the entertainment industry (TV, feature film/movie, and music video production), thanks to my father who has been a musician & singer, a visual artist and a film producer and editor. My family always supported the arts heavily and I grew up with a passion for art and a strong appreciation for artists.

I was born in Medellin, Colombia (South America) and moved every year growing up (Colombia, Ecuador, all over the Midwestern US and up and down the east coast.) I now make my home in Los Angeles and LOVE it! Everywhere I lived there was one constant… Theater. I studied acting and dance and performed in every place I lived. Most notably the Lee Strasberg Theatre and Film Institute in NYC and the MUNY Theater in St Louis, MO.

Because of my love of all of the arts, I attended the University of the Arts in Center City Philadelphia. I studied visual art (Illustration) and was also able to study acting. After I graduated with a BA in Illustration I completed a year toward my masters in Art Education & Art Therapy. I’ve always loved Psychology.

After school, I ended up in the TV production world as a producer in post-production facilities as well as a production coordinator for a few tv series in Miami and Washington, DC. One of my many jobs during those years was hiring voice talent. I learned a lot by watching the seasoned pros, and those who were new on the scene or hadn’t had the proper training.

In 1999 while living in Miami and working with my father at his post-production company, a producer put me in front of a mic for the first time and had me do a scratch track (a voice over sometimes done by a producer or director to capture the tone and for timing purposes). I LOVED every second of it and they ended up using my track in a segment on 20/20. From that moment I was hooked.

Years later, once I decided to start a family, my priorities shifted and I realized the grueling schedule of production didn’t fit with my desire to have a family. That was 17 years ago when I was living in Washington, DC. I decided to follow my heart and do something I have always dreamed of doing… Voice Over. So, I left my steady income to risk the world of the freelance artist.

I began by training – I wanted to make sure I got into the industry the right way being the strongest performer I could be. I learned from years of hiring voice talent that you only get one chance to make a first impression.

To make ends meet (and be able to pay for training), during this time, I freelanced at Reuters in their live studio where I taught myself to run cameras, prompter and did some broadcast graphics work. I trained with a few different coaches for a few years and then began getting myself out there as a VO Actor. I have been very fortunate to meet many amazing people and have had many wonderful opportunities along the way.

One of my coaches, who is also a producer, ended up hiring me as a voice actor often, then clients I met at Reuters and others I had known before started giving me a shot as a Voice Actor (when they had previously known me for my work in a different capacity). It was an amazing time. Word of mouth spread and my business was steadily growing. About 6 years in I reached 6 figures and I was absolutely loving my job.

Voiceover pairs my theater/acting background with my knowledge of the production/post-production world. The fact that I speak two languages helps tremendously, as does the fact that I spent many years in the midwest so my English and Spanish are both neutral and unaccented.

This career also allows me a bit of flexibility as a mom of two boys. I have had to learn to juggle, prioritize and stay as organized and professional as possible. I moved to Los Angeles in March of 2015 (3+ years ago) and have loved every moment of it.

The DC and LA markets are completely different. DC has a lot of corporate, government, non-broadcast narration work and some network narration (Discovery, TLC, National Geographic). Los Angeles has all that and everything else.. I wanted to sink my teeth into animation, commercials, and be among the huge pool of incredibly creative people here.

When I arrived I had the good fortune of knowing and working with the late Gary Austin, founder of the Groundlings. (He passed away in April 2017) He gave me many opportunities. Within a year I landed an amazing agent here in LA as well as several fantastic regional agents; I wrote and performed my one-woman show to a sold-out audience at the Groundlings (as well as several other improv performances there); I became part of the amazing Voice Over community here.

I recently achieved a longtime dream of voicing a character (Rosario Gutierrez) on a Disney Channel animated series, Elena of Avalor.  It aired the beginning of August and it taught me that passion, persistence and perseverance truly do pay off. I kept a napkin with the logo on my bulletin board for over a year and feel that the daily visual reminder helped me stick to and achieve my goal as well as many commercials including McDonald’s, Hubert’s Lemonade, Busch’s Beans and Honda, among others. I continue auditioning daily and I am currently hosting 6 podcasts which I absolutely love. They are on the Parcast Network (available free on any podcast directory) and are Tales, Historical Figures, Great Women in business, Female Criminals, Serial Killers and Cults.

I am grateful to do what I do and look forward to what’s to come!

Overall, has it been relatively smooth? If not, what were some of the struggles along the way?
There’s a saying, “if it was easy, everyone would do it”. This is so true – and may think that voice acting is easy money or “just talking” but it is indeed a skill and it can be grueling and tough on the psyche. I audition every day – multiple auditions per day.

Some months I won’t book a single audition. Luckily, I learned that in order to survive, I need to diversify. Because of my background and the timing of our move west, I was very fortunate to already have many clients before moving to LA so I had a base of income already in place.

This is a business, not a “side gig” or a hobby and I treat it as such. I love this industry and hope to work for many years to come!

One struggle, in the beginning, was my health. I used to have strep throat often and was battling illness which affected my work. After many visits to different doctors for 2nd and 3rd opinions (and the imminent threat of a tonsillectomy), I went to a nutritionist who told me I was allergic to wheat (gluten). Upon changing my diet (omitting wheat/gluten), my life changed. I rarely get sick now and my vocal stamina is fantastic!

Please tell us about VR Voice.
My company, VR Voice, LLC, (which I set up close to 15 years ago back in Washington DC), provides voice over services to clients in many different capacities.

I lend my voice to countless e-learning modules for government and private sector organizations. I have voiced television and radio commercials. I have done broadcast narration (Discovery Channel and National Geographic). I have been the voice of characters on video games (Fallout 3 among others) as well as characters on animated Series (Rosario Gutierrez on Disney’s Elena of Avalor). One of my clients is the National Cancer Institute where I provide pronunciations for their online medical dictionary in both English and Spanish and I have also voiced audiobooks and TV promos.

One of the things that sets me apart is my knowledge of the industry. I understand my clients and some who are new to the field appreciate that I can explain things and educate them if needed. I also have a great deal of respect for my clients since I have been in their shoes.

The fact that I’m bilingual and have lived in many different regions of this country also helps! My years of improvisational training and acting also set me apart. It feels like I was made for this profession.

If you had to go back in time and start over, would you have done anything differently?
I would have moved to LA much sooner!!! No, I am actually happy with the way things happened. I don’t think I would have changed a thing. 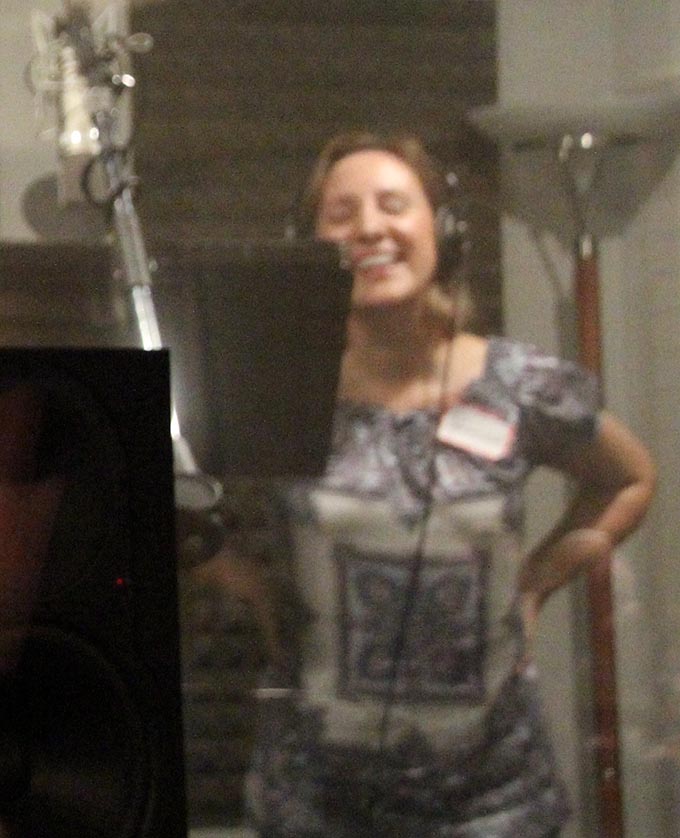 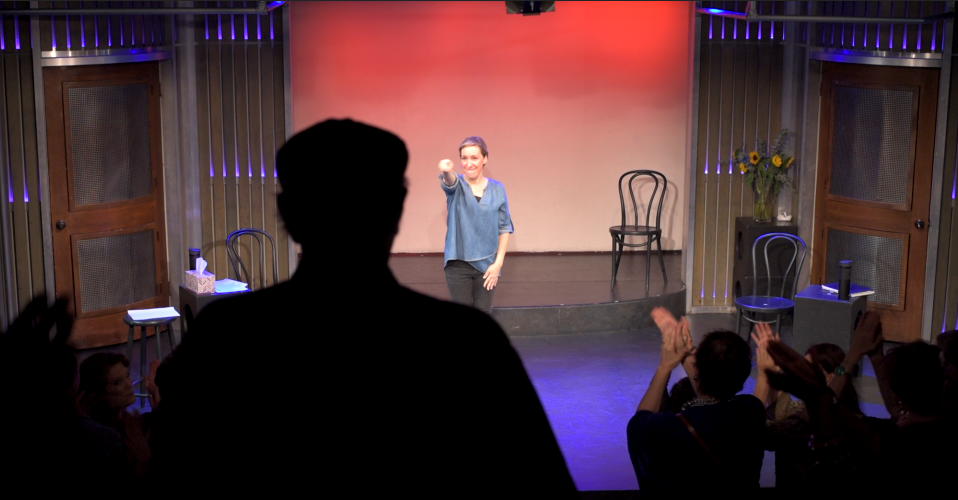 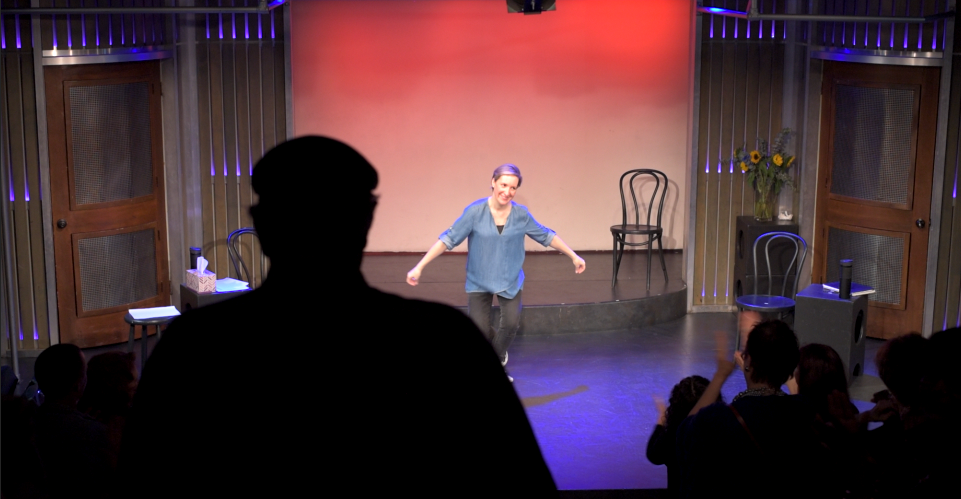 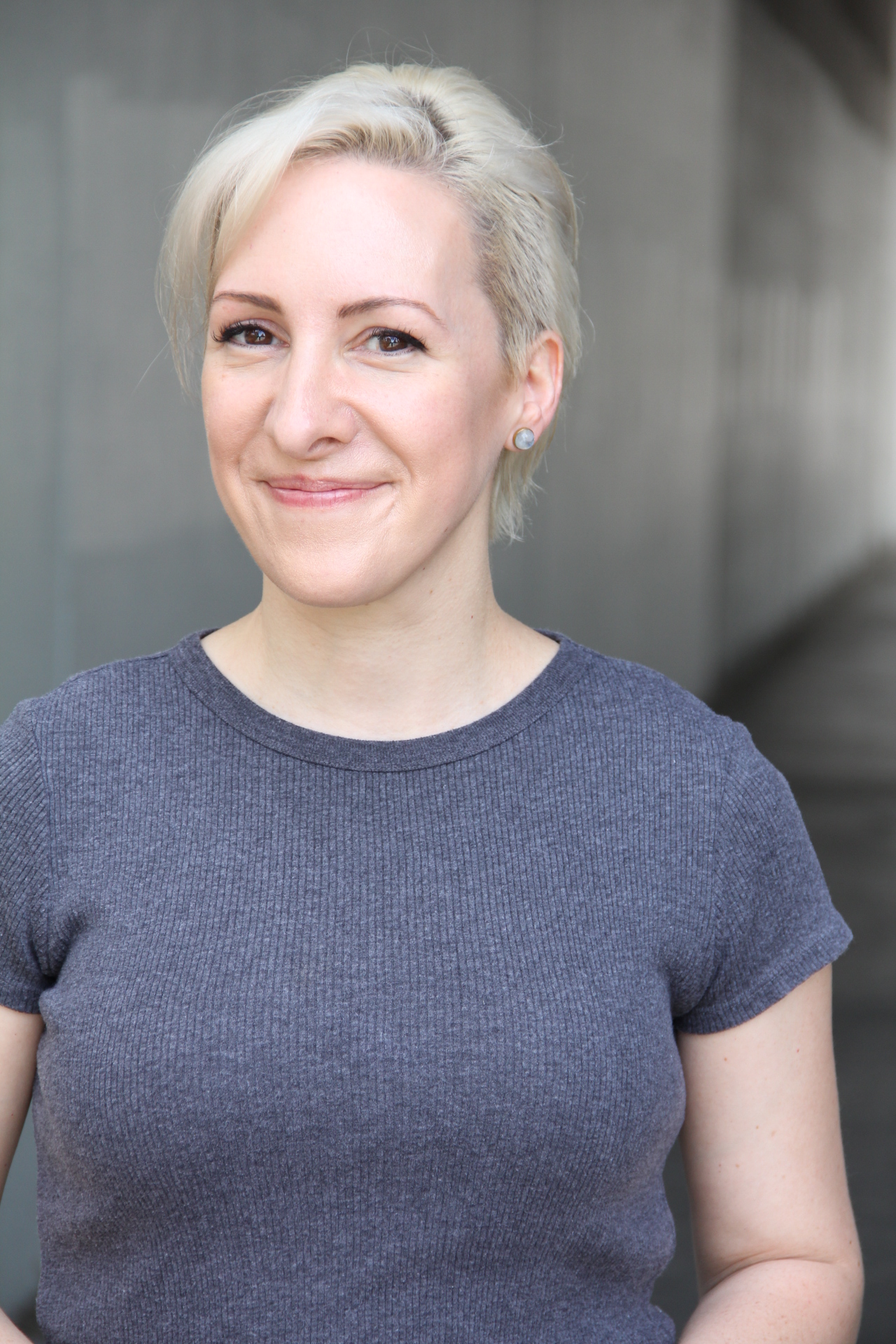 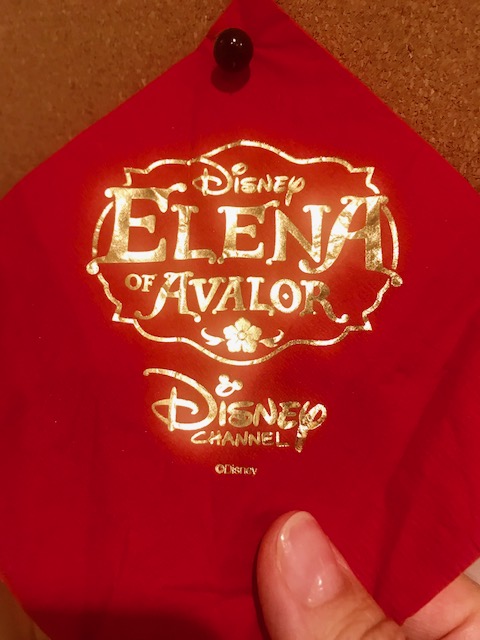 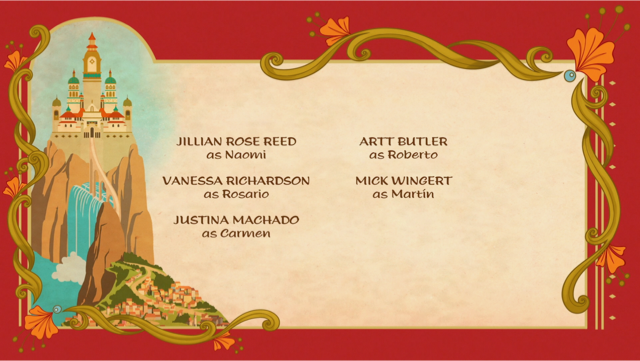 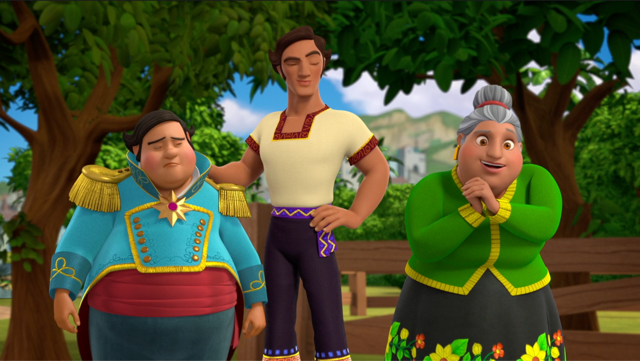 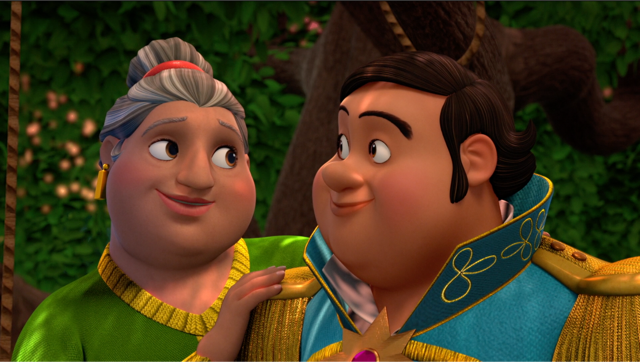