Meet Vanessa Lua of What The Hell Did She Say? in Koreatown 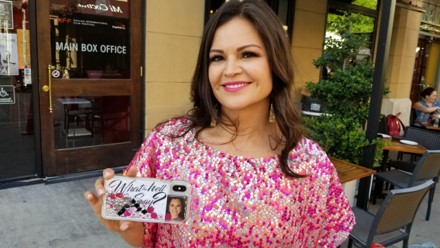 Today we’d like to introduce you to Vanessa Lua.

Thanks for sharing your story with us Vanessa. So, let’s start at the beginning and we can move on from there.
I was born in a small city in Mexico called Zamora. Then I moved to Guadalajara to study college and graduated as an Industrial Engineer. Life brought me to Dallas, TX where I worked on the electronic industry but I was very unhappy because I didn’t have friends. My co-workers were so nice but they were much older than me. On my quest to find friends I volunteered at AFI Dallas (Now known as Dallas International Film Festival). They were looking for professional photographers to take pictures on the red carpets. I told them I was a professional photographer and immediately went to the store and bought a professional camera (I literally asked for a professional camera, when they said Nikon or Cannon I responded “the first one”).

I had no idea what I was doing on the red carpet, I had no idea how to use the camera but I was surrounded by very friendly people. I made friends with everyone and started interviewing the celebrities with my iPhone (so I can show them to my mom). That’s how my youtube channel WhatTheHellDidSheSay was born. The name is because a lot of times people couldn’t understand my accent (they still can’t sometimes). I felt in love with the industry. I started taking acting classes and got an agent. I was cast as the lead on the award winner short film Anchor Baby and also I directed and produced a feature documentary called Comedy House. I discovered my passion but I was told I was too old to pursue it. Against any odds, I quit my job and moved to Los Angeles. I’ve been here six years now. And now you can see me as Aunt Telma in several episodes of Showtime’s Shameless, starring William H. Macy, which returns for season 10 on November 10.

We’re always bombarded by how great it is to pursue your passion, etc – but we’ve spoken with enough people to know that it’s not always easy. Overall, would you say things have been easy for you?
Oh, God no! Even though I was happy I discovered my real passion, I was really afraid of pursuing it. How could I quit my engineer job to become a starving actress? The first obstacle was to convince myself and then I had to work hard on not letting anyone discourage me. One big challenge has been my accent. It was so confusing because everyone tells me all the time that they love my accent but Casting directors, teachers, and managers are the ones who told me to get rid of it. I tried, but I couldn’t and I guess I didn’t want to either. My accent is who I am. So I decided to make it my strength instead of my weakness. My accent helped me to create my youtube channel and it has helped me a lot when I perform comedy.

But I have to say, taking improv classes has been one of the most difficult things I have done. My English wasn’t good so my classmates couldn’t understand me so they would leave me alone on the stage, I couldn’t understand their English either or the cultural references. I wanted to quit so bad but my mom reminded me I was not a quitter and I’m glad I didn’t. The Dallas Comedy House taught me a lot and inspired my documentary Comedy House. Another challenge for me is not to play the victim in this town. It is so easy to complain that there are not enough roles for Latinos, but what are we doing? Are we creating our own content? Do we support each other? Are you supporting your friends’ shows? Have you subscribed to their youtube channel?

I struggled a lot when I decided to write a one-person show. It took me almost a year to write it and I wanted to quit so many times. I was hoping someone else to write it for me, but I had to remind myself not to be the victim. The show won a Producers Encore award and it was an amazing learning experience. Every time I go to a red carpet I face a lot of obstacles, space on the red carpet is limited, the talent is tired and don’t want to give interviews, the video doesn’t get a lot of views, etc. but it’s part of the journey and the moment I get to interact with James Cameron makes all the challenges worth!.

Please tell us about What The Hell Did She Say?.
What The Hell Did She Say? is a youtube channel where you can find short films, stand up comedy, vlogs and mainly interviews with celebrities on red carpets. I love talking to people and make it fun for them. I always ask them at the end of the interview to say something in Spanish. Having James Cameron saying Hasta la vista baby! It’s a way to honor my roots. I love taking to people who is passionate and who has overcome challenges and obstacles because they inspire me. I don’t think I can pick a favorite interview but I really enjoyed talking to Josh Radnor (Ted Mosby), John Lithgow and all the cast of NBC Superstore.

When big names like Topher Grace retweet our interview saying Wait, is this my favorite interview ever? or Doris Roberts retweets saying I learn how to say Everybody Loves Raymond in Spanish, I feel motivated and proud. I’m very proud I took the risk and started writing. All my characters still have broken English, thankfully I have great friends who fix it for me. I think being born and raise in Mexico gives me a different perspective that I enjoy sharing with everyone. I love making people laugh and WTHDSS allows me to do that.

Has luck played a meaningful role in your life and business?
The entertainment industry is the most difficult business to succeed because there is no formula. As an engineer, I knew what steps to take to grow and get a promotion. As an actress/host, there is no formula and it can be very frustrating, deciding if it is good luck or bad luck is all about perspective. For a long time, I felt discovering my passion when I was too old, thirty years old, was bad luck. But maybe it wasn’t because I made a smart move to Los Angeles, and my engineer background has helped me keep track of it and be very objective about it. The more you focus on good luck the more you see it around, for example, I’ve been interview for an amazing magazine thanks to my friend Valentina.

I got lucky, I also felt it was bad luck when I was on elementary school and my teacher told me I couldn’t play the role of a princess in the school play because princesses were white, she was right, but as a kid I stopped dreaming I could be something amazing like a princess. When I move to the US, I started dreaming again. I got involve with the Legal Hospice of Texas and their fundraiser event Fashion Cited. I got invited to be a model, I was terrified, but as soon as I step on the runway I realized my dress was a princess dress and that little kid live her dream. 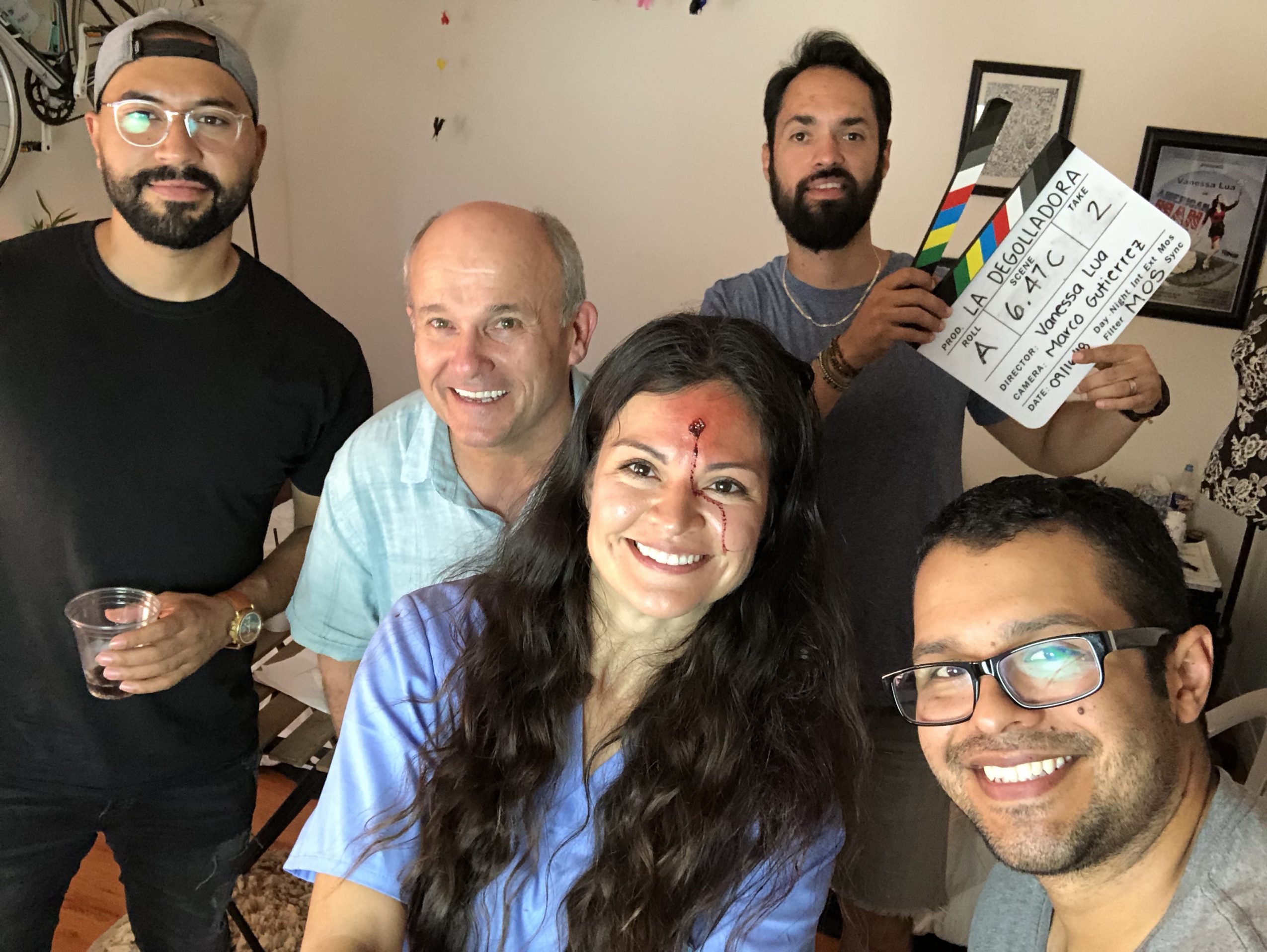 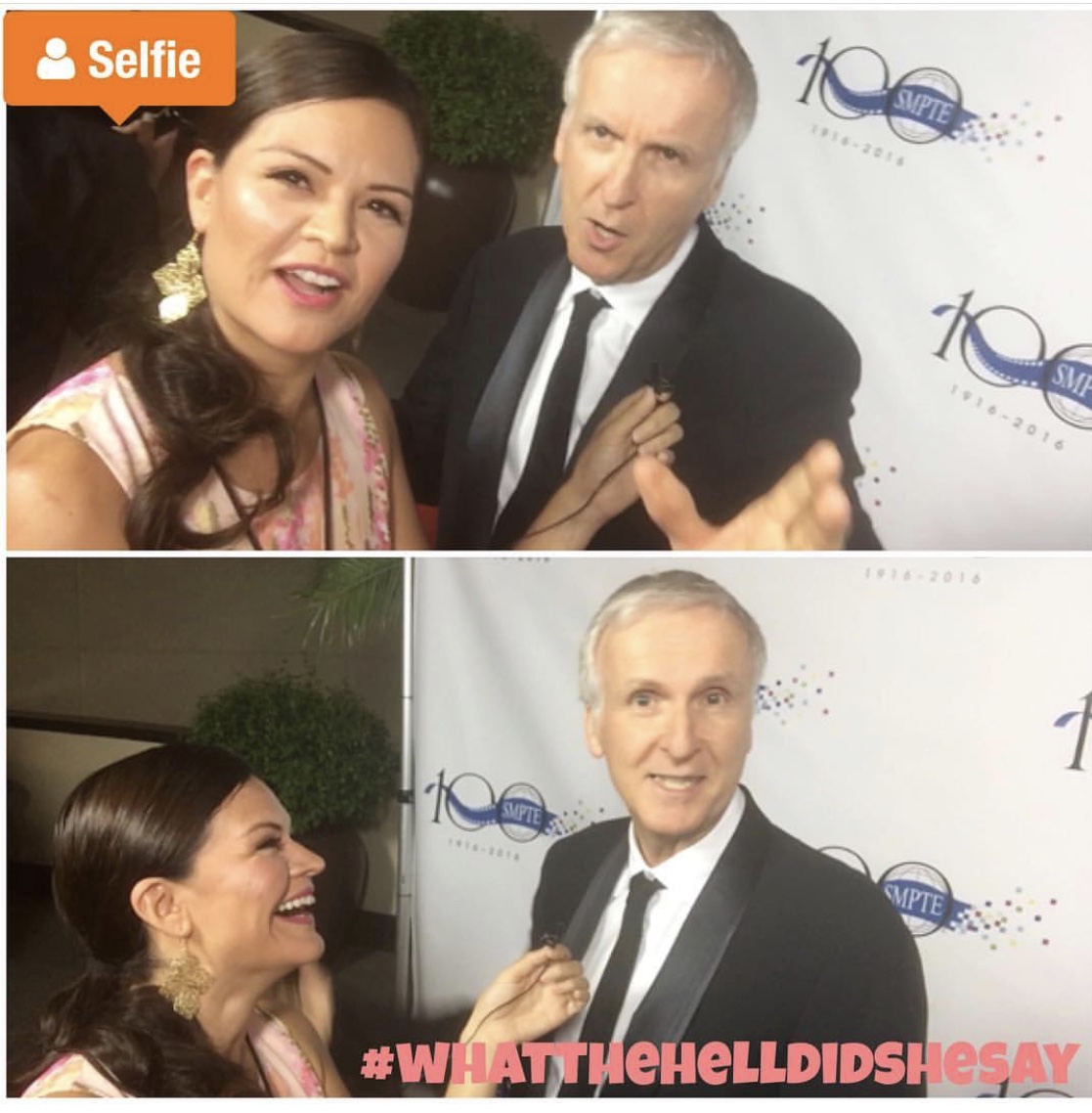 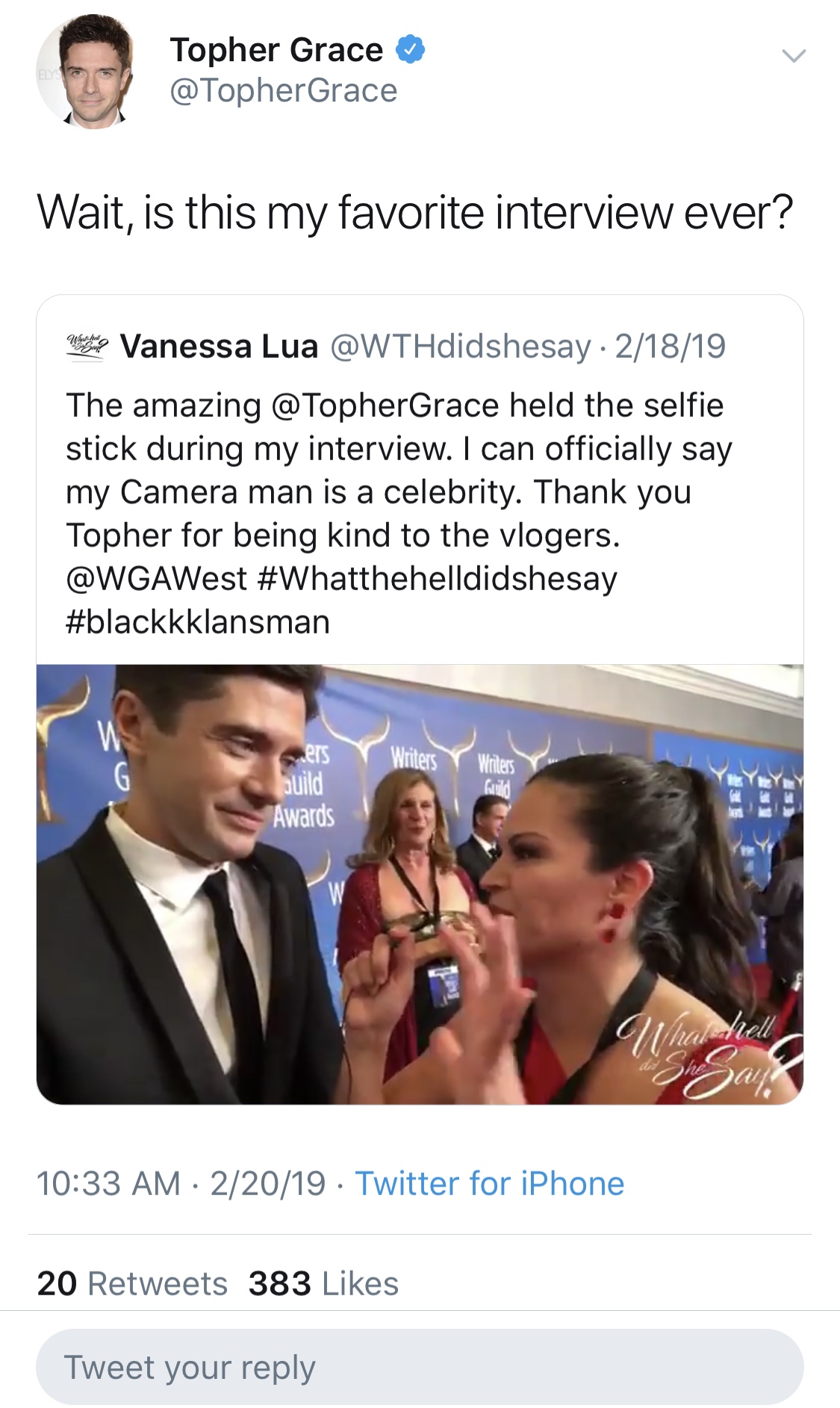 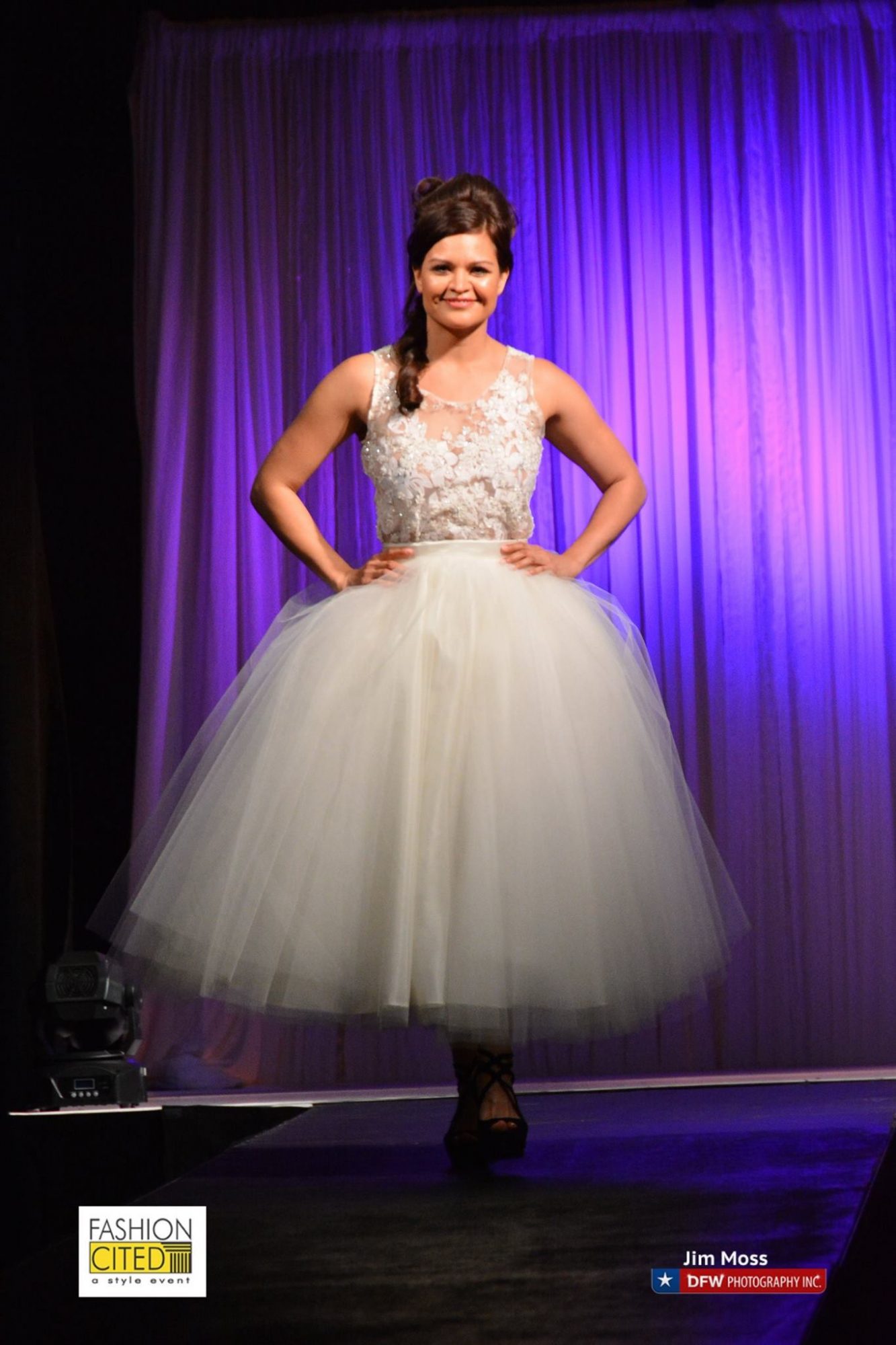 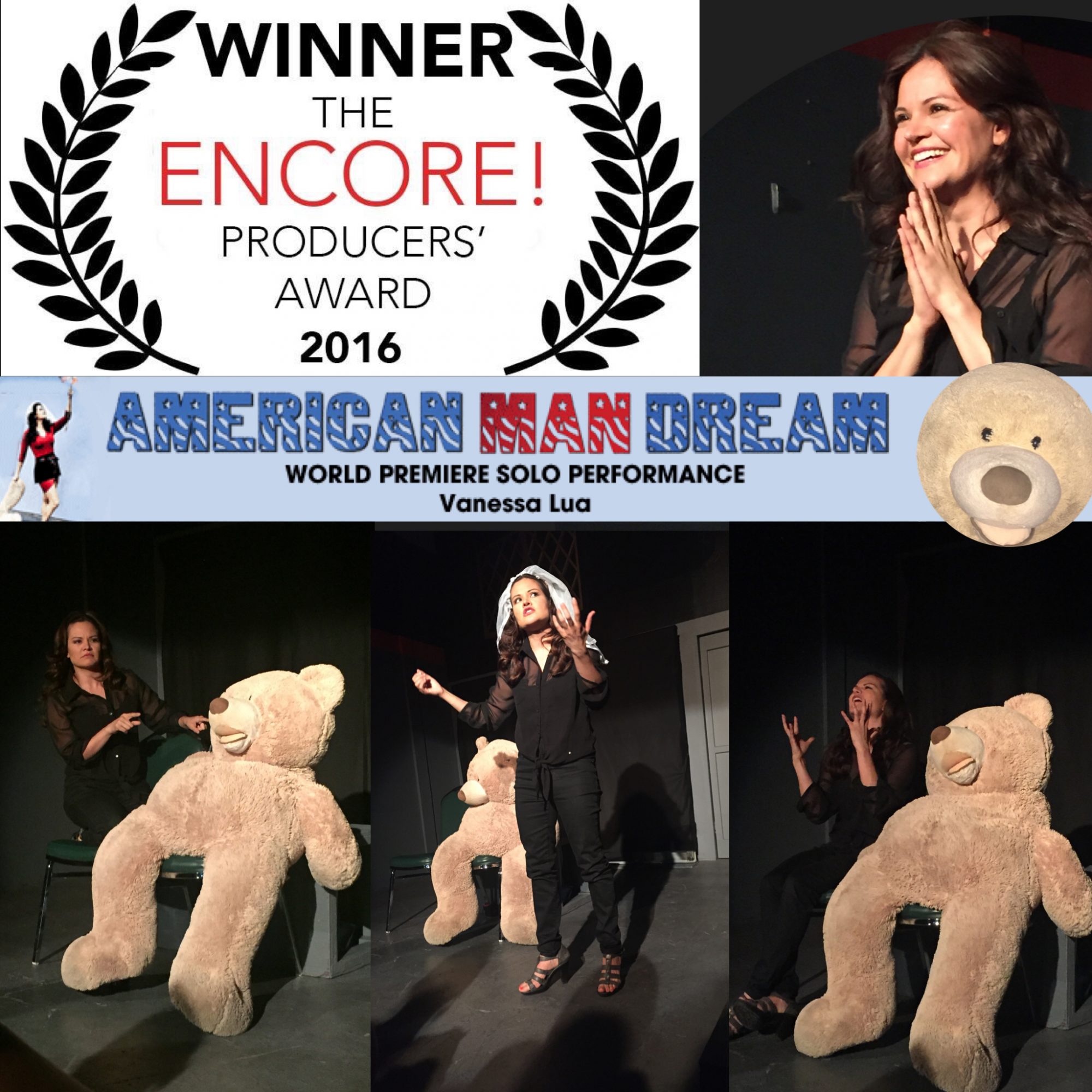 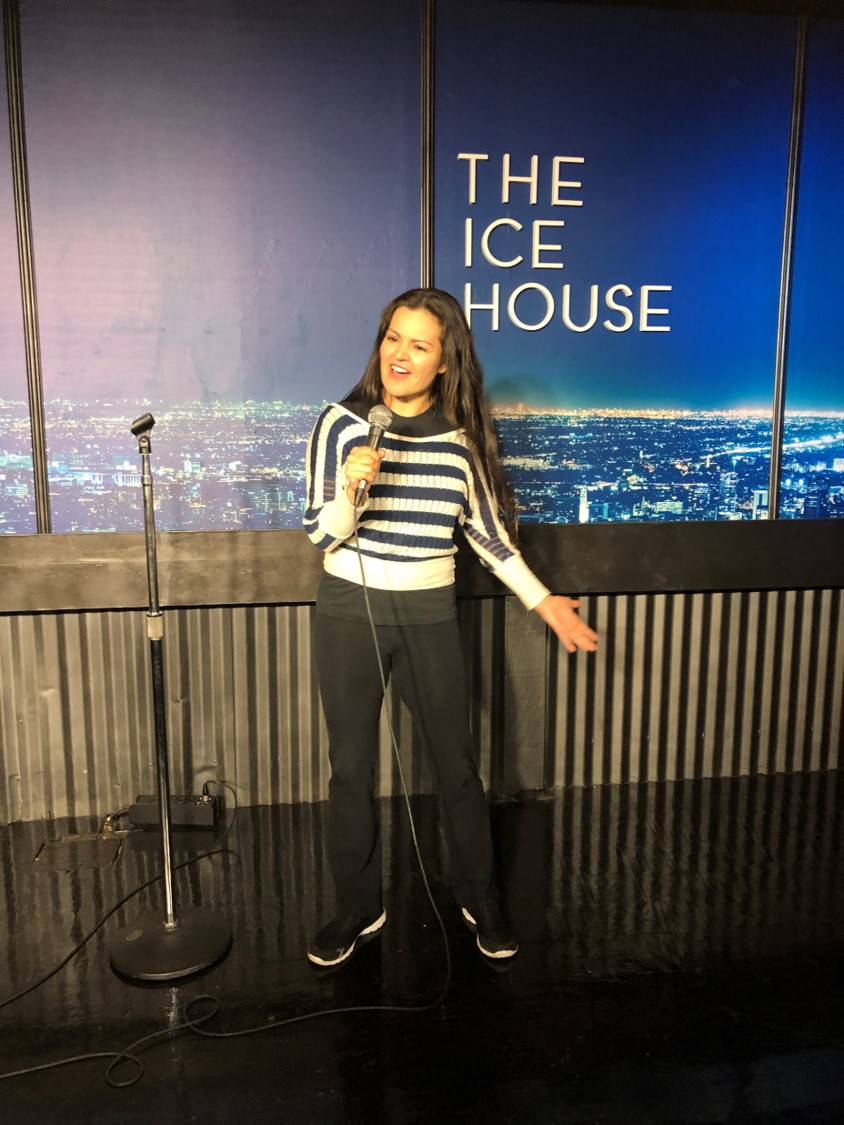 Image Credit:
The only photo with watermark – Jim Moss, The rest of the photos belong to Vanessa Lua