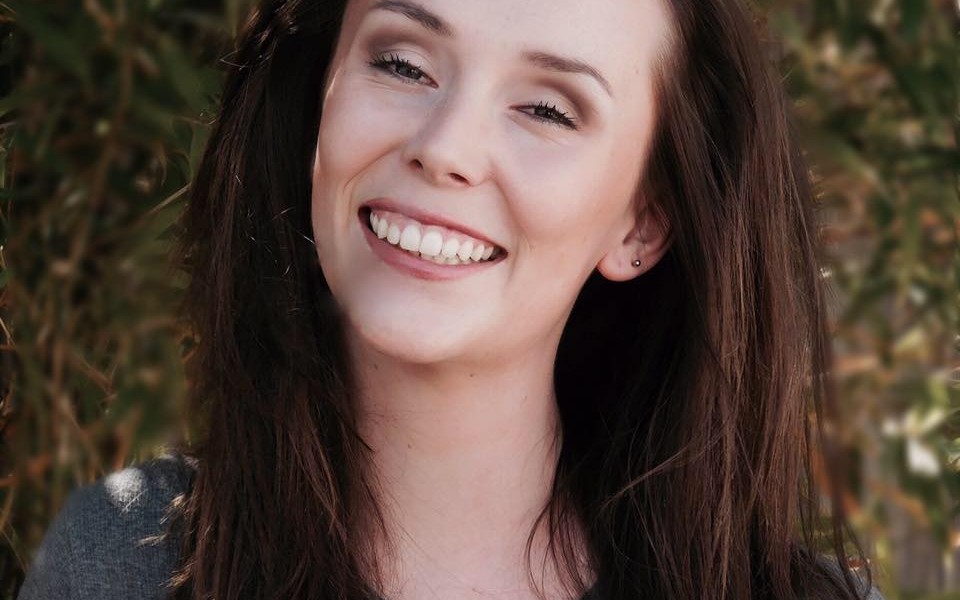 Today we’d like to introduce you to Ariane McDonald.

Ariane  please share your story with us. How did you get to where you are today?
I first started discovering that I was an artist and wanted to pursue my creativity when my mother decided to enroll me in a summer theatre camp when I was eight years old, where I was exposed to performance and theatre as a craft and outlet for the first time. Ever since my first day at this summer camp, I have never stopped creating stories, actively utilizing and learning more about my own creative capabilities, and using my art as a connection to the happenings of the world around me. Theatre was like a sudden addiction that I knew completely belonged in my life because of how much joy it gave me and how it challenged me. I did a lot of acting in high school, participating in drama classes and school performances each year. What I really wanted to do was to design these shows, but unfortunately, I was never given the opportunity to do so because design just wasn’t included in my drama program. I thought about scenic design as a profession after experiencing participating in performances as an actress, feeling as if something were missing. I realized that my drawing and creative skills paired with my love for the theatre and my fascination with architecture could make for a happy and very capable scenic designer, so I decided to look into colleges that had scenic design as a focus or major in their theatre program, and I enrolled myself in exactly the kind of program I needed. Just last May, I graduated with a BFA degree from Boston University’s School of Theatre in their Design and Production Program, where I was given the opportunity to learn in detail about the craft and skills of being a Scenic Designer in a professional, conservatory setting. At Boston University, I assisted and designed many of the productions, giving me the opportunity for hands on design experience, and the ability to make and learn from my own mistakes. The rigorous curriculum also reconnected me to my love for drawing and painting and introduced me to many design related subjects such as Art History and Architecture, where I took several classes while studying abroad in London. For my last few years of college, I picked up a life changing summer job at the Young Actor’s Theatre Camp that allowed me to create short films with working filmmakers in the Los Angeles area, and it remains a very special and important part of my life today. After designing a couple short films, meeting many amazing filmmakers, and growing more and more interested in the artistic process of creating a film, I decided to move to Los Angeles after graduation to pursue production design in the film and television industry, where I have been living and working for almost four months.

Has it been a smooth road?
I am lucky enough to say that my family has been nothing but unconditionally supportive of my desires to make my art a career and to study it in school. My parents have been my rocks throughout my entire life, and I am so thankful to them for always pushing me to do what I love. With this being said, my family helped make my desire to pursue design very easy for me, which gave me the confidence to actually go for it. In addition to my parents, my second family at the Young Actors’ Theatre Camp has also given me an overwhelming amount of support of my work in the film industry, not to mention they introduced me to film, to begin with!

Do you feel luck has played a role in your life?
I’ve never really believed in luck. I believe that opportunities can be handed to us, but pursuing these opportunities can oftentimes be the hardest part of experiencing them. The fact that I became interested and passionate about filmmaking because of a last minute, theatre related summer job I took could easily be classified as luck, but I choose to view it as life presenting me with a discovery and asking me what I will do with it. New projects and new experiences will be thrown at us throughout our lives, but the key is for us to take these opportunities and to make something of them.

Is there a quality or characteristic that has played an outsized role in your success?
Drive has definitely been a huge part of my success in getting employed in the entertainment industry thus far. Starting out as a freelance designer in such a competitive industry can feel really frustrating and sometimes even impossible. My drive and determination to continue working as a filmmaker helps me to not become consumed by defeat when experiencing periods of unemployment in film work, which happens fairly often when you’re starting out like me. It is because of this drive and my love for what I do that I am able to stay positive and to (continue getting hired for film jobs. Another very important quality to continue working in this industry is to simply be a pleasant and fun person to be around on set. Nobody is going to want to rehire you if you weren’t a good teammate to work with, and adding a bit of personality makes people want to work with you again. Because who wants to work with someone who’s grumpy and serious all the time? Not me.

Tell us about your favorite and least favorites things about our city.
There are a lot of hidden gems around LA, and because it’s so big, there’s a lot of different areas to explore! The food scene here is amazing, with so many different options and all restaurants seem to be accommodating to people with dietary restrictions (me). What I like least is how spread out everything is and how slow the public transit is. I generally appreciate more compact cities that are jam packed full of cultures like New York or London, where I could easily hop on a subway and get where ever I liked in little time and no traffic, but LA is just different. I’m still getting used to it!

Image Credit:
The first two photos (the lit cabin with flowers and twinkle lights), and the camp director office (Jim O’Heir sitting at desk surrounded by plants) were both taken by Trinity Maxon and are from the upcoming feature, “Sleep Away”. The rest were taken myself.