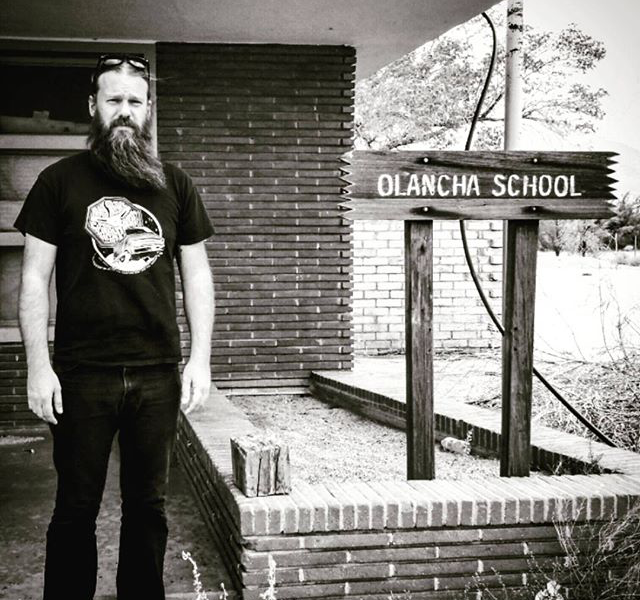 Today we’d like to introduce you to Matt Grayson.

Matt, please share your story with us. How did you get to where you are today?
I really got into photography kinda by accident. I grew up in a smaller town in Southern Illinois across the river from St. Louis, Mo. Like most kids back then, life was skateboarding, riding BMX, working on old cars, drinking beer and chasing girls. I think pretty much everyone as a youth had a camera and took pics of what they were into. But I was never into it on a serious level, yah know. So I remember I had just started Jr College and I was going for something really boring like Business Administration or something like that. I’m pretty sure it was one of the last BMX contests Matt Hoffman had at his personal park in Oklahoma before ESPN started what is now known as the X-Games. Back in those contest days, it was a serious party after the contest and hotel parties were always going crazy. Well, there were two cars of us. One car that I was in was heading back home cause we all had either school or to work on Monday. The other car was heading out to Huntington Beach for another contest. One of the guys in the car heading to HB had blown all his trip money partying the night before and was in the parking lot pawning his shit to guys he knew to get enough money to get to the next contest and finish the trip. I think I gave him like 30 bucks for this 35mm Yashica he had and he said he’d get it back from me when he got back. Well, he never ended up coming back for it and when it came time to sign up for classes that next semester, I was pretty bored with the business classes and took a photo class as an elective just to do something creative. I really dug it and after a couple more classes we had this Grad student come in to teach a class. About half way through the semester the grad student asked me if I had ever thought about photography as a profession. I had no clue what he was talking about. I liked doing it but only figured people who made a living out of it in a town like mine took Senior portraits or shit like that. So I looked into it. Found out an in-state school that had a pretty decent program so I went for it. Did 2 years at SIUC and graduated in the summer of 2000 with my bachelors. After graduation, the next logical step was figuring out what city to cut my teeth in. So I packed it up and headed to St. Louis. Worked in studios there doing commercial and catalog work up until 2005. At that point, I was kind of at a fork in the road. Either settle down and just do that grind for as long as it lasted or say fuck it and sell off what I could, pack the car and head to Los Angeles to see if I could cut it there. So I said fuck it and found myself here.

Has it been a smooth road?
I wouldn’t exactly say smooth. When I moved to L.A. I think I knew maybe 2 or 3 people out here. One of the guys I knew I had done undergrad with and he was kinda the one that convinced me to make the leap out here. He said I could crash with him and he could hook me up with a gig when I got here. He got flakey fast on the place to crash pretty fast once I got here and the gig never happened. So I was kinda scrambling to figure out what to do. Stay here or head back to the midwest. I ended up finding some other people I knew living down in Orange County, so I just kinda couch-surfed for a while. I started taking what gigs I could photo assisting like some many guys do to pay the bills and shooting as much as I could, whenever I could. Through a mutual friend, I had taken the promo shots for a band called “The Knives”. They were gearing up to head out with Fireball Ministry and CKY on a tour put on by ADIO FOOTWEAR and they asked me if I wanted to go out on the road with them to document it. I figured I’d go for it and if shit fell apart when I got back from it I would still have enough room left on my credit cards to pay for gas back home. Right before we left for tour, the drummer of The Knives told me they had a bedroom opening up in their apartment in The Valley and it was rent controlled and cheap. Two big pluses in my book. So I snagged that and actually was able to move into the apartment the day we got back from tour. Over the next 5 plus years, I worked building my book, my name and my career. I left the apartment in The Valley and had gotten a small home studio in Downtown LA that I rented from a friend and fellow photographer. I was assisting less and less and paying the bills more and more shooting jobs. Life was finally on track I thought. Then on Oct. 24th, 2011, I was riding my motorcycle home from a pre-light for a shoot I was working on and I was hit on my motorcycle by an SUV that was trying to jump through an intersection and not looking for the guy on the bike. The guy that hit me severed my leg at the shin by like 95%. There was 2″ of skin and an artery holding it on and that was it I think. It was a worse case scenario. For a long long time following that life was mostly surgeries, doctors visits, rehab, and lawyer and court shit. Any wind my career had in its sails was gone. I ended up getting screwed by both insurance companies and having to sell off a bulk of my photo gear and possessions to keep the bills paid while I couldn’t walk or work. At the end of it all and about 4 more years of court after we had gone before a jury and been awarded compensation for the accident we lost to the insurance companies feeling they didn’t need to pay. Got screwed out of every single dime. But in light of all that, I got really really lucky that night. I had a top notch surgeon that saved my leg and my life. For that I know I’m damn fortunate and even more grateful. During my recovery, I started a custom van zine called Rolling Heavy Magazine. It was originally just art therapy, something to do while I was stuck in bed. I had friends from in and out of the industry helping me with the stuff that I just wasn’t physically able to do and then it just kinda spun into this thing so I printed the first issue. The birth of this really helped keep the lights on and give me something to do in those dark times as well as get me back to shooting. Since then, Rolling Heavy really takes up a lot of my spare time when I’m not shooting for clients. Recent shoots I’ve done include shooting Incubus drummer Jose Pasillas for DW DRUMS and promo shoots for The Kyle Gass Band and last but not least, Brant Bjork.

What’s the hardest part of your job?
I’d say the hardest part of the job is finding time to do it all and still have a life, hahaha. It’s a lot of hats to wear, but in the end, we’re all gonna either spend our lives working for our ideas or someone else’s. I think I’d like to work for mine.

What are you striving for, what criteria or markers have you set as indicators of success?
I think Tom Petty said it best. “Do something you really like, and hopefully it pays the rent. As far as I’m concerned, that’s success.”

So, what’s next? Any big plans?
Plans for the future are to create more and more and more. Do the things I get stoked on. Grow the magazine and my photo career as far as I can until I can’t anymore. Changes are necessary for growth, so I don’t really have any in the immediate future, but the ones that present themselves, I will welcome.