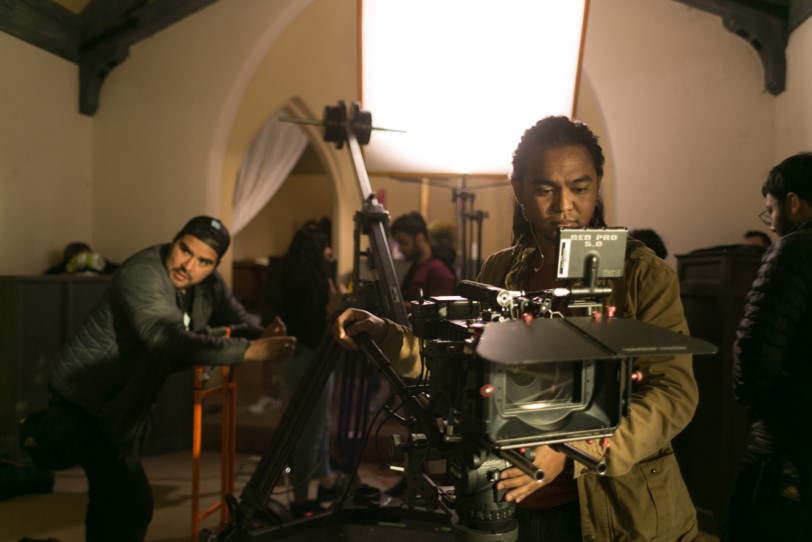 Today we’d like to introduce you to Valfrie Tabian Jr.

Thanks for sharing your story with us Valfrie. So, let’s start at the beginning, and we can move on from there.
I was born and raised in the Philippines, Tuguegarao city and decided to move in the capital city, Manila, where I studied Filmmaking at De La Salle – College of St Benilde.

Back then, I always wanted to be a director until one of my instructors asked us to write a review paper for the film “Cinema Paradiso” by Giuseppe Tornatore. It definitely hit me with the story, but it took me a couple of days to realize that all I wrote about the film was the visual language and how I was moved by its lighting and composition.

After graduating in 2014, I worked in a commercial production house as a Creative Associate, which mainly does editing, in-house cinematographer and creating original content for almost two years. After that, I left the company to focus on my career as a DP (Director of Photography) for a year and a half.

As an artist, you always tend to learn more to improve your craft. In this regard, I decided to pursue this dream of coming here. I’m grateful that I have my family, friends, and mentors who were very supportive with my decision of coming here and study at the New York Film Academy.

It was one of the best decisions I made. I learned a lot at NYFA and met a lot of talented people, whom now I’m working with professionally.

We’re always bombarded by how great it is to pursue your passion, etc. – but we’ve spoken with enough people to know that it’s not always easy. Overall, would you say things have been easy for you?
Coming here was a huge leap that I took, and it was a challenging start. I have had to adapt to certain things especially on the workflow and the environment. But what I love about this city is I get to meet artists from different countries which makes it more exciting.

In addition to that, I discovered a lot about myself as a cinematographer; and having that respect and faith on the people you work with, every set has different scenarios yet be rational about everything. And as I said, I’m grateful to be surrounded by people supporting me every step of the way.

We’d love to hear more about what you do.
I’m a director of photography, I basically execute the director’s vision using lights and camera. I always get the question of what’s my sort of style in terms of lighting and compositions, but truth is I don’t have any particular style.

I always adapt myself to the script, and it’s important for me to have that connection not only with the director but also to the story and be truthful on telling it. And I think that’s the fun about being a filmmaker; the film becomes part of you, and at the same time you become part of the whole film.

If you had to start over, what would you have done differently?
I’d probably have done the same thing since I’ve been dreaming of coming here six years ago. Although I never have thought that I’d be coming here doing what I love to do and would get to meet a lot of talented people.