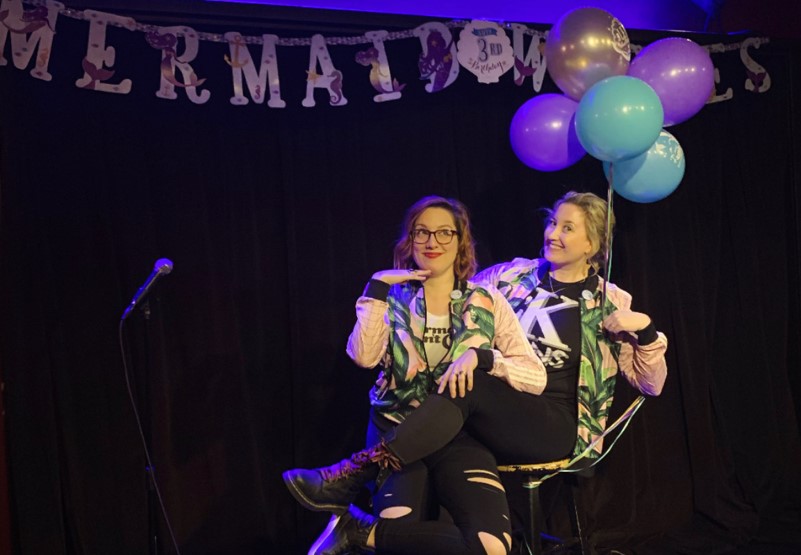 Today we’d like to introduce you to Valerie Tosi and Joleen Lunzer.

Valerie and Joleen, please share your story with us. How did you get to where you are today?
Back in 2015 we got wind of a comedy festival that was receiving backlash for only having four women on a 50 plus lineup of comedians. “Not enough women applied!” they said. Years later, our eyes are still rolling back into our heads. This wasn’t the first time this happened, and suddenly a fire was lit under our butts. While driving to a road gig in Sacramento, fueled by far too much Redbull, the idea for Mermaid Comedy Hour was born. Not only were we going to produce a monthly all-female/female identifying show, we decided to prove there were PLENTY of awesome, diverse women by not repeating a single comic for the entire first year. In our inaugural year, over 75 amazingly talented women performed.

This November will be our four year anniversary, and we’ve been delighted to showcase the likes of Maria Bamford, Whitney Cummings, Sherri Shepard, and so so so many more.

While our home base is at the Hollywood Improv, the show’s following continues to grow. We loving hitting the road to produce the show in cities like Portland, Atlanta, Phoenix, and Nashville. Connecting with other women all over the country has been a dream, and we hope to never wake up from it.

Has it been a smooth road?
Producing a show is a lot of hard work. The first year we ran the show it was at the now defunct iO Improv Theater in Hollywood. After the theater director was facing sexual harassment allegations, we knew keeping an all-female show at that space was a hard no. We took a month off, regrouped, and found our a new home at the Hollywood Improv, where we’ve been ever since. They’ve been super welcoming, and beyond great to work with.

Please tell us about Mermaid Comedy Hour.
Mermaid Comedy Hour is every second Monday of the month at 9:30pm in the Improv lab. Tickets are only $5, and it’s a smaller, intimate space that feels like a slumber party when the room is full.

We pride ourselves on building diverse, inclusive lineups every month. We love having comedy heavy hitters, but we know it’s important to give chances to rad newcomers too. It’s the best feeling watching an audience fall in love with a comic they’ve never seen before right in front of your eyes. 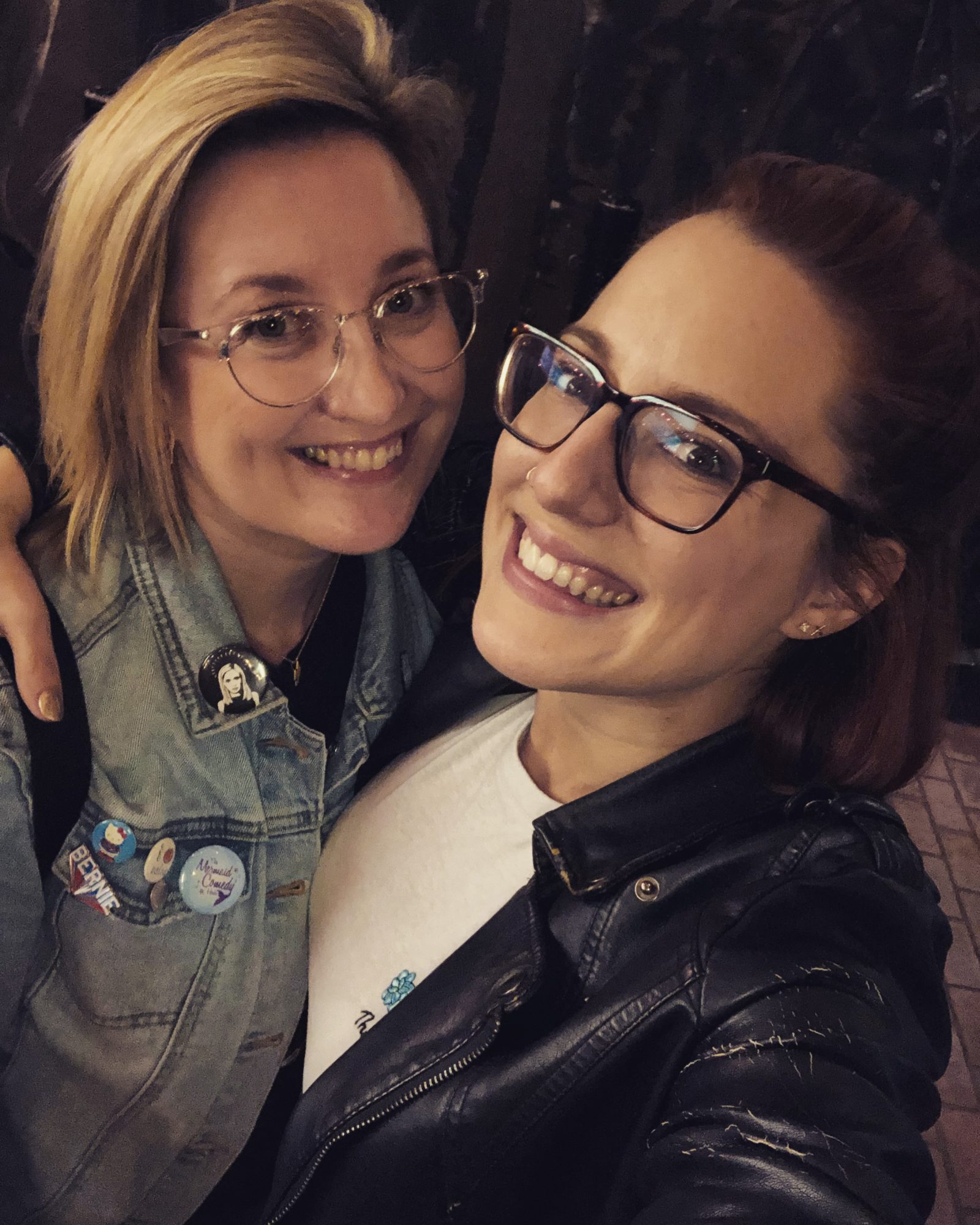 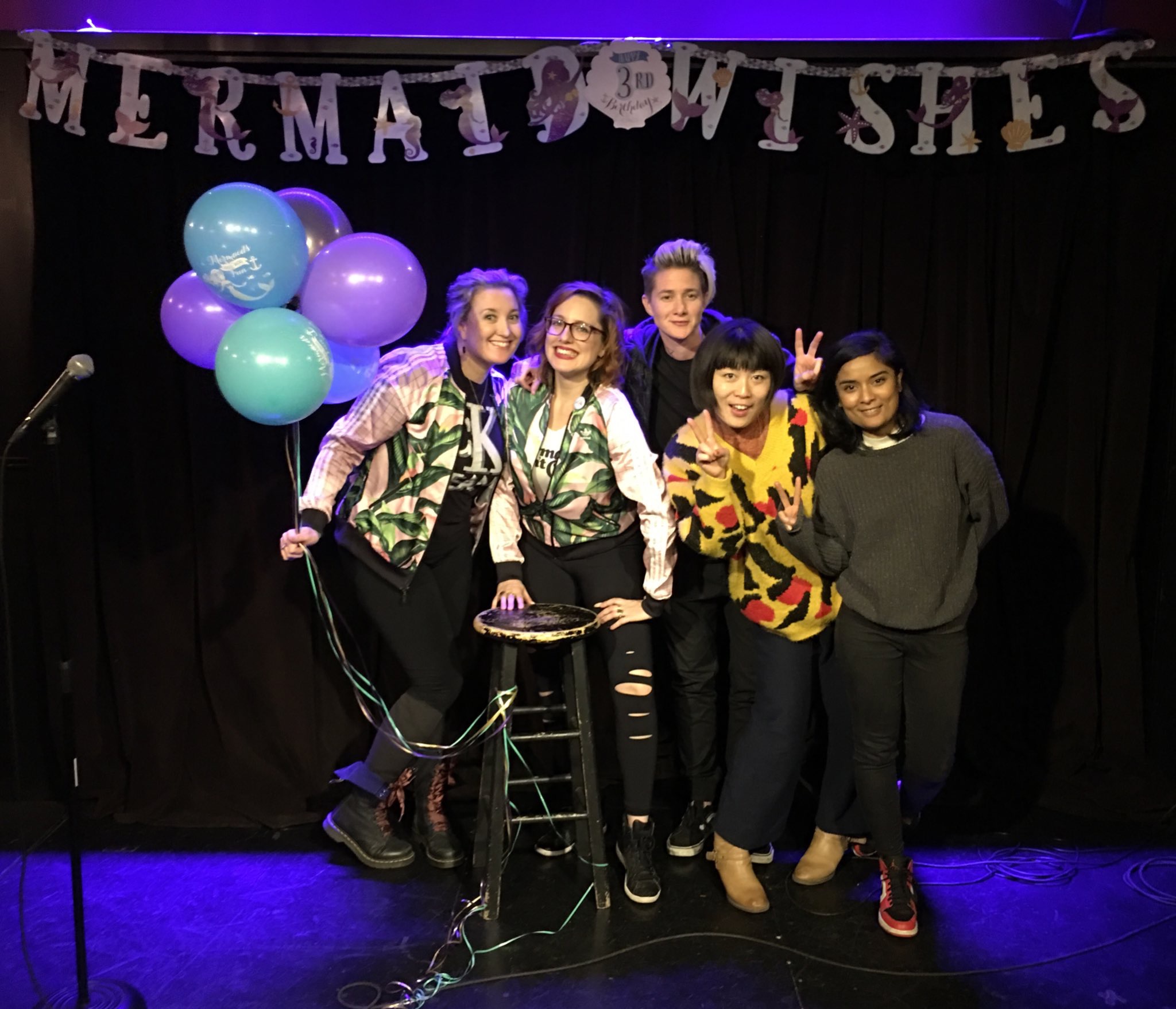 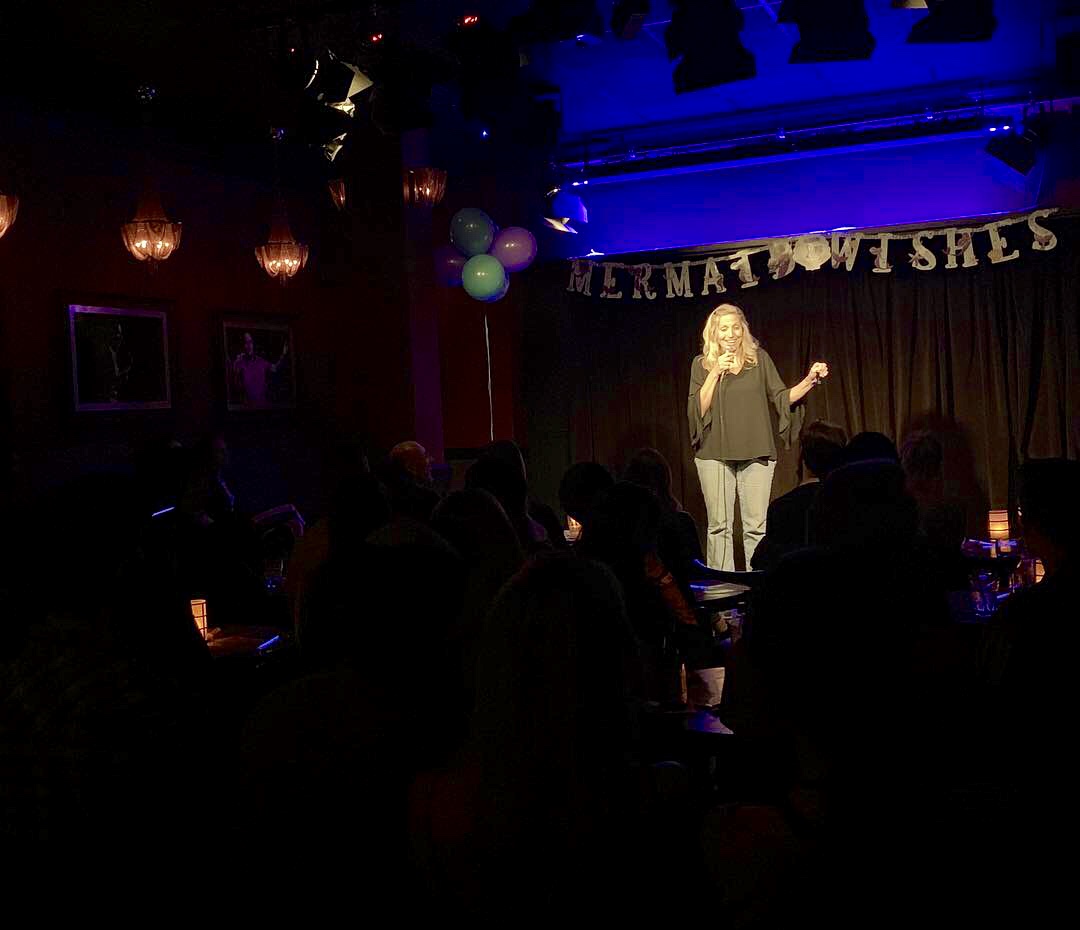 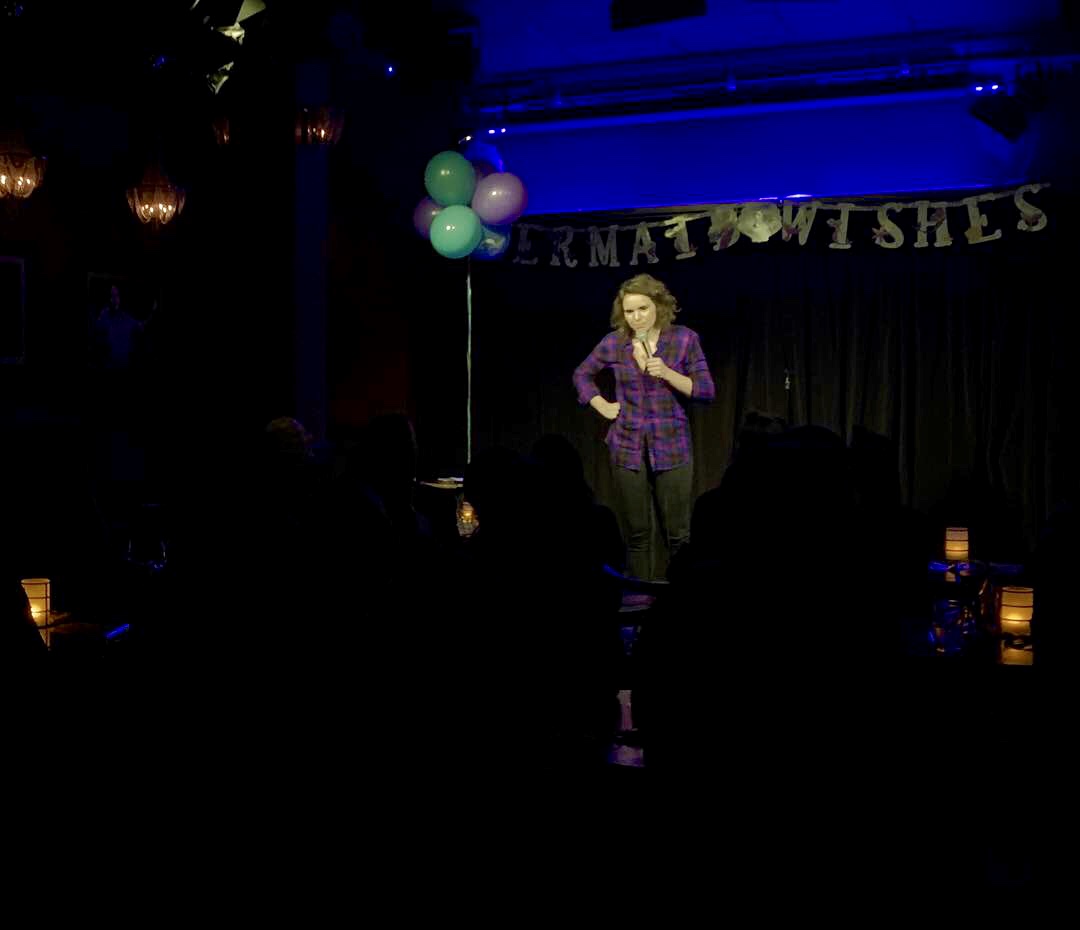 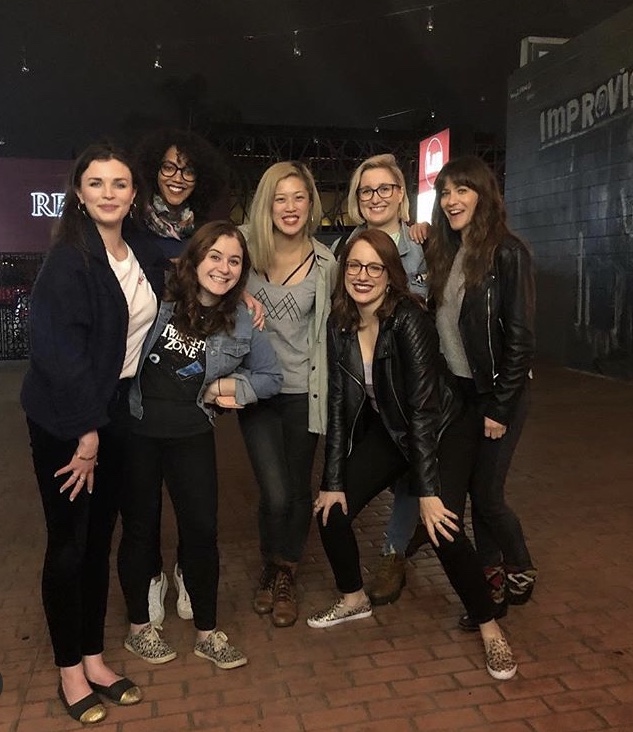 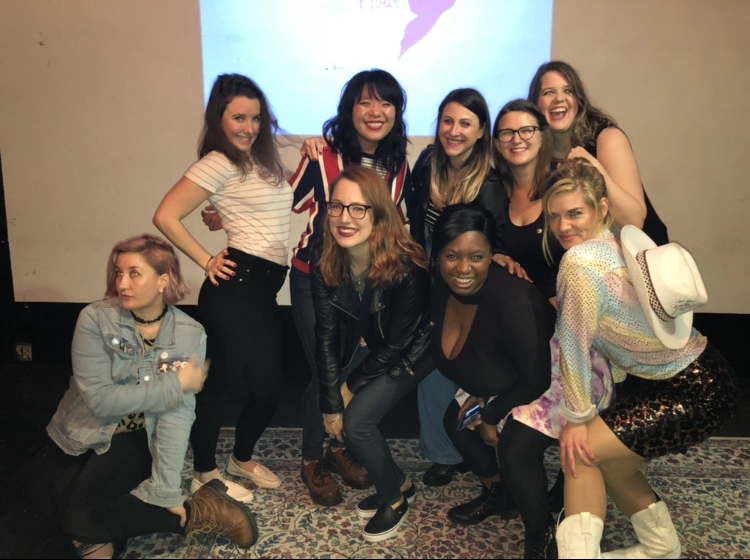 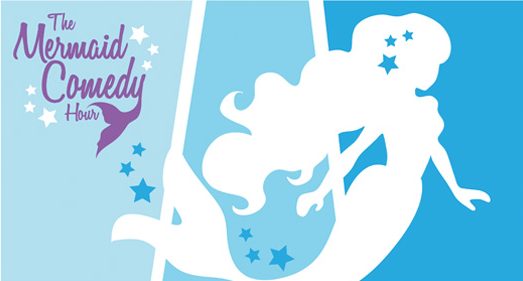