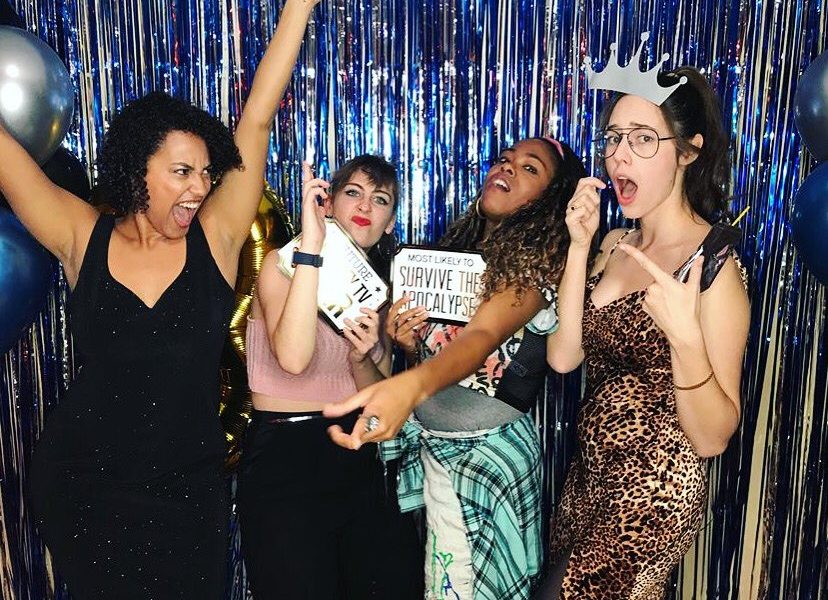 Today we’d like to introduce you to Valeria Marcon.

Valeria, before we jump into specific questions about your work, why don’t you give us some details about you and your story.
My family and I moved to Switzerland when I was really young, and I grew up there as an ex-pat. Originally, we’re Italian. All of our relatives still live in Italy- we’re the only ones that left. I’m not sure when I decided to sit down and start writing music, but by thirteen I’d written quite a few on the piano in my basement.

Throughout high school, I knew wanted to be an artist, but I was insecure and knew how ridiculous that sounded. I felt like I didn’t belong with the music people there, so I decided to turn to my other passion of writing. During that time, I had been struggling with mental health.

By the time the university phase of my life had begun I was weighed down by my undiagnosed Obsessive-Compulsive Disorder. I was afraid to leave my room, see other people, even speak. I would go home as often as I could, and cry every time I had to go back to where I was unbearably, unbearably alone. It was hard. Sometimes I’m shocked I survived it.

I realized that I had to make a change now, or suffer the consequences later in life. So, I took a gap year from university. I didn’t feel a lot of hope for myself, but decided to believe in it anyways.

It was a slow and tough journey. During that year I found a psychiatrist, started medication, started composing and being myself again. Music has always been a way for me to think, to communicate with myself, to breathe. There’s a lot of fear and stigma around mental illnesses and getting medicated for them. But after a while my parents came around saying ‘we’re getting our little girl back.’ I don’t think they’d realized until that point that the person they had been living and arguing with, loving nonetheless, wasn’t really me. When mental illness goes undiagnosed for so long, I think that’s where it can really affect you and your life.

While I was home, I reconnected with a musician friend of mine, who introduced me to his producer. I showed the producer some songs and he offered to produce my first EP. I created a Kickstarter campaign and managed to raise the funds to get started. The EP was called ‘Zero.’

After that year I decided to attend Sarah Lawrence College, a small liberal arts university in New York. While there I took my first film class, and the teacher was so supportive that I ended up almost-exclusively taking film classes. I used my own songs and arrangements in all of the short films I made while there.

I graduated in 2019 and moved in with my friend in New Jersey. Then moved to New York while I waited for my American Post-Completion VISA (it grants foreign American students a year to work in America after graduation). My next stop was Los Angeles, having decided to pursue a career in filmmaking.

It was terrifying. I’d never been to LA, I had no family there, I had two friends studying at AFI and USC respectively, but that was it. LA’s a huge city, dangerous and inspiring, and I was going to live in an artist hostel. Basically, my mother hated the plan, but I knew that was where I needed to be!

It took one or two weeks for things to get settled. I became incredibly close to my flat mates there, all creatives in different areas of the entertainment industry. The hostel had a recording studio, but it was only after three months that I managed to check it out- after I shared with my new family one of my songs, and they pushed me to pursue both film and music. I became a regular at the recording studio, going whenever I could between the two film and television development internships I was doing at the time. Around then I started writing the songs off my new EP ‘Trio,’ about love, and rejection, and self-doubt.

We’re always bombarded by how great it is to pursue your passion, etc – but we’ve spoken with enough people to know that it’s not always easy. Overall, would you say things have been easy for you?
Definitely not smooth, but I think my road was necessary. I have to say, nothing at all that I’d planned worked out, and I’m grateful for it. I had to educate myself about mental health and mental illness, I had to accept that music is a part of who I am and what I want to be, take risks, and I had to move to unknown places to find myself where I needed to be. I’ve had to start afresh in different countries and states, and I’ve had to learn to believe in myself fiercely, and treat myself with compassion and kindness. I think everyone struggles with that last one. I hope we all take that time and have the chance to figure it out.

I think the last five years of my life have been spent auto-correcting and healing, growing. At times, many times, it has been a very lonely experience, and others extremely warm with the love of all the people in my life, and my own. I’m definitely still uncertain about, or rather completely open to, where I’m going, but I’m just trying to do what’s right by my personal and creative goals. I’ve learnt to be patient, and not to compare myself to anybody else in life, art, or in any other terms. My music is different, my voice is different, my style is different. There is nothing to be ashamed about. I am great in my own terms.

Please tell us about your work.
I am a lyricist, composer and singer! My birth name is my artist name and ‘brand’: Valeria Marcon. I write music that I struggle to fit into a category. It’s really whatever my listeners and I want it to be. My main instrument is the pianoforte- I took lessons when I was younger-and I love playing with harmonization, something I picked up when I was in high school choir. I’m known for my two EP’s ‘Zero’ and ‘Trio,’ and for mental health advocacy.

I’m proud of anything I release, because it takes courage and a lot of love for what you do, yourself, and the people you might have an effect on to share your art. I try to be inclusive, healthy and honest with the people that follow me. I want everyone to feel welcome and seen, because they are!

I think my music doesn’t concern itself with being perfect, which I like. If something is over-produced, overly touched up, the presence of the artist fades a little. I’m set apart because I’m candid in my intersection between music, self-reflection, and mental health, and because I’m not especially concerned with genre. I’m also very DIY and fully responsible regarding every step in the process of making music and art, which makes my particular voice noticeable in everything I put out. I love creating, I love working hard, so any extra responsibility doesn’t feel like much of a burden at all.

I would also like to say that as a musician, filmmaker and human being, I take a lot of care to try and inform myself on, and address, the issues, the societal pressures, and the inequalities I see about myself. I am committed feminist, and committed to being anti-racist, which means finding and eradicating racism wherever I may find it- including within myself. We all have a common upbringing (as Prof. Idam X Kendy has said) that, overtly and subtly, targets, oppresses, and belittles people of color. In my work, I hope to reflect on these issues more and more as I listen and become more educated. We are all equal, but the society we live in was not constructed, nor is conducted, in those terms. The music industry (and the entertainment industry on the whole) is notoriously sexist, and especially racist. I myself, like the rest of the world, am often inspired by the art and courage of womxn and black artists. Now and always, I think we need to support black and brown entertainers and musicians, who receive less publicity, money, and opportunity than their white counterparts. We have to amplify these voices, and uplift them without taking over their stories. We have to act, and there are so many ways to do so. As a creative, I can act through my music, through my films and my platforms. Even the smallest acts matter.

Has luck played a meaningful role in your life and business?
Luck and bad luck have sometimes been the same thing throughout my life. I was supposed to go to Oxford University but failed to make my offer, and attended Kings College London, where I had the worst time of my life, but which pushed me to reroute myself. In a sense, I failed twice, and badly. Everyone around me was making friends, growing, learning, and I was sad, alone, and felt abandoned, left behind, incapable of moving onto the next step of existence. But in a sense, my failures were opportunities of their own. I was definitely momentarily sunk by them, but again, I think that was my life trying to bring me back onto the right path. I decided to try and change the way I’d been living my life for ten years, because I had to. In turn, that brought me to incredible opportunities: moving to LA into a house that would become my home, making connections, discovering new avenues and chances I’d never realized existed before. Maybe luck and bad luck feed into each other, kind of like how despair and hope do. I’ve been incredibly fortunate. I’m so happy I’m here in more ways than one. 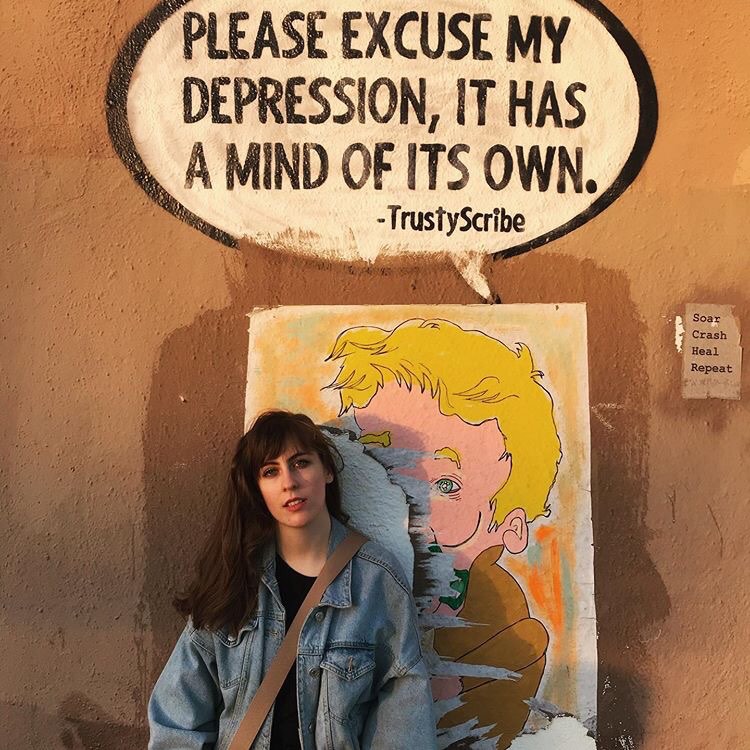 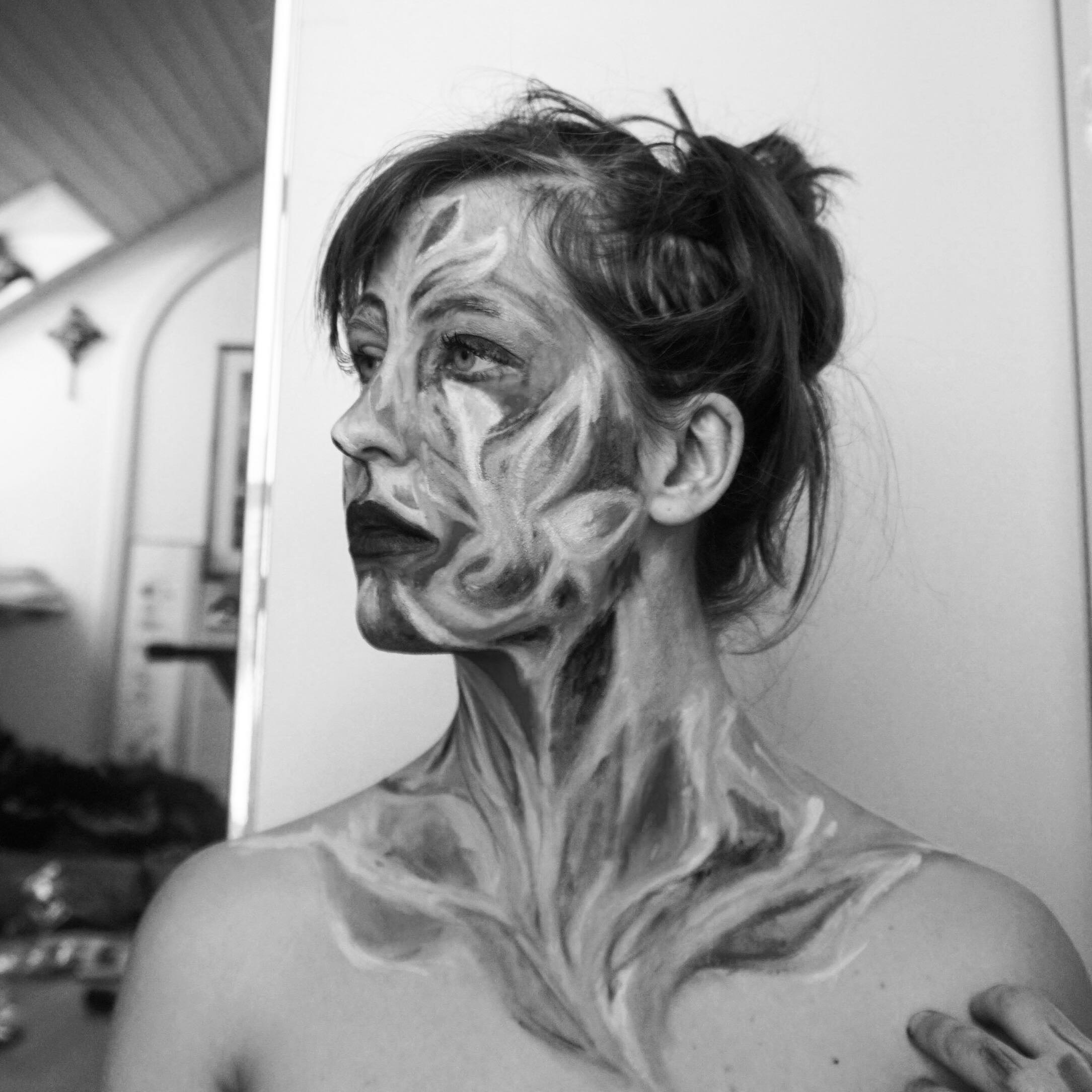 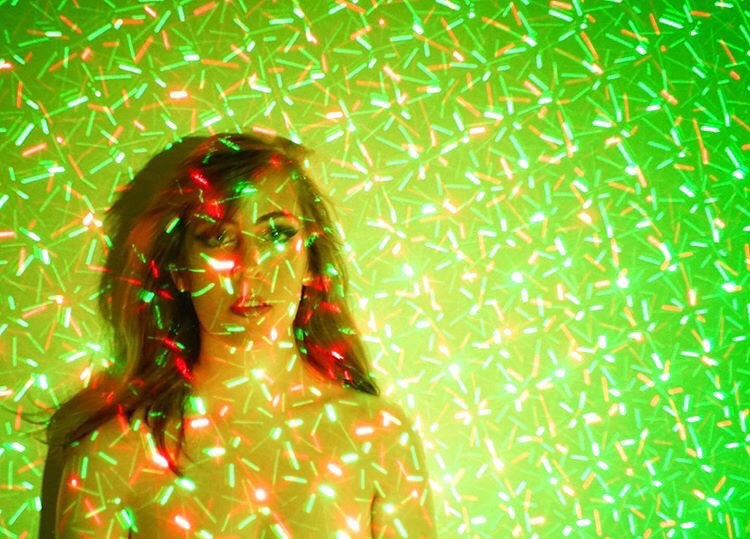 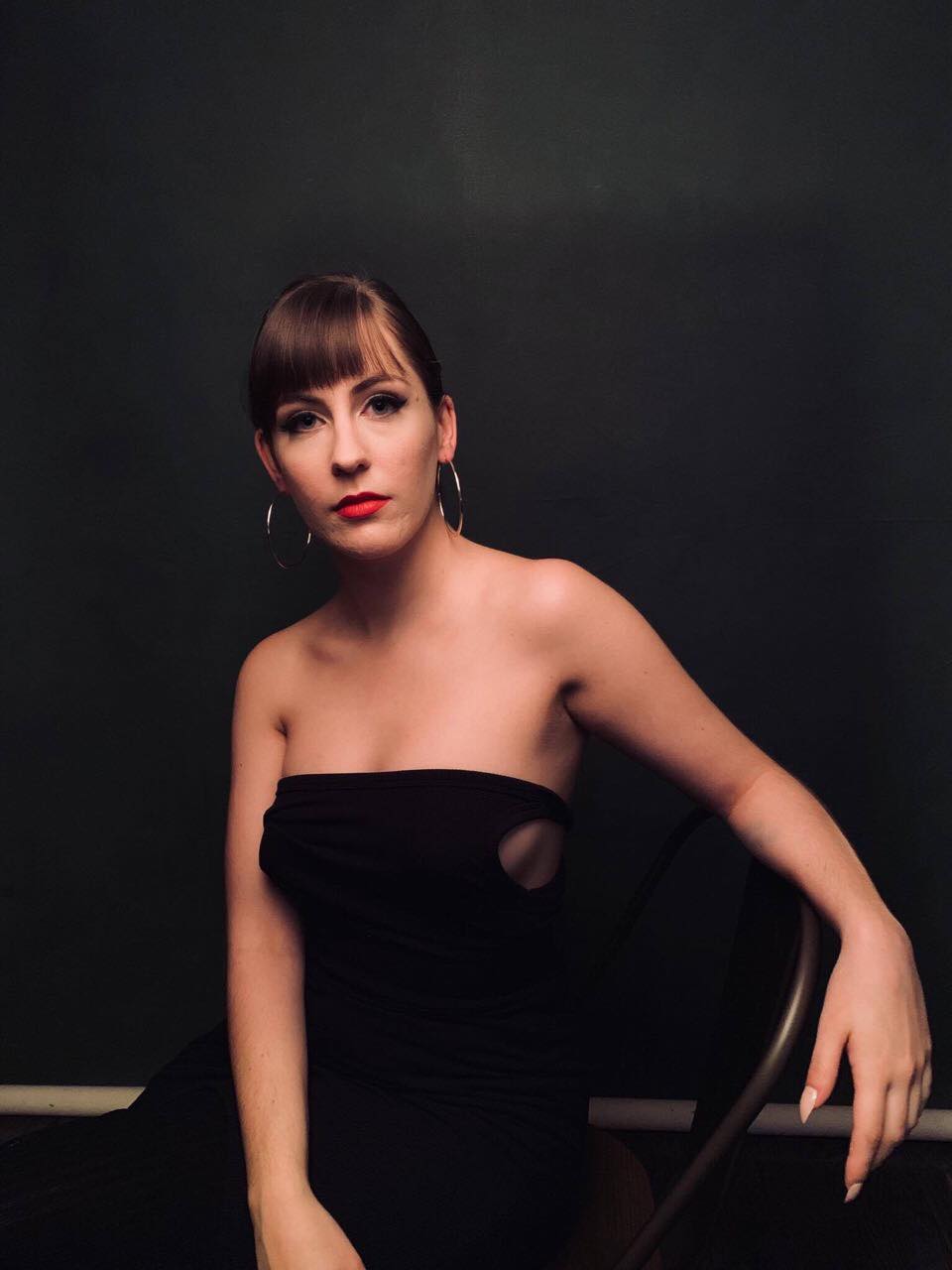 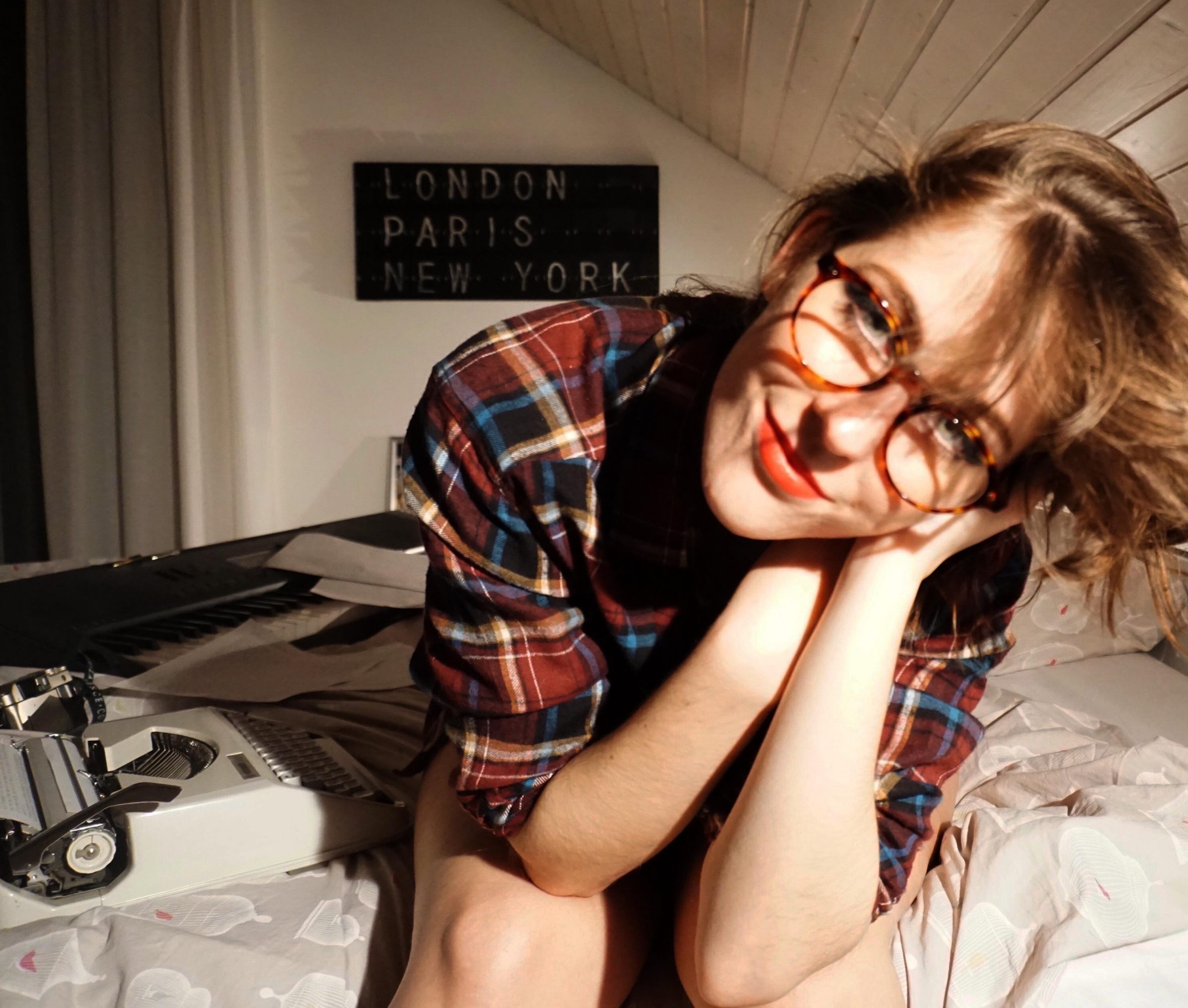 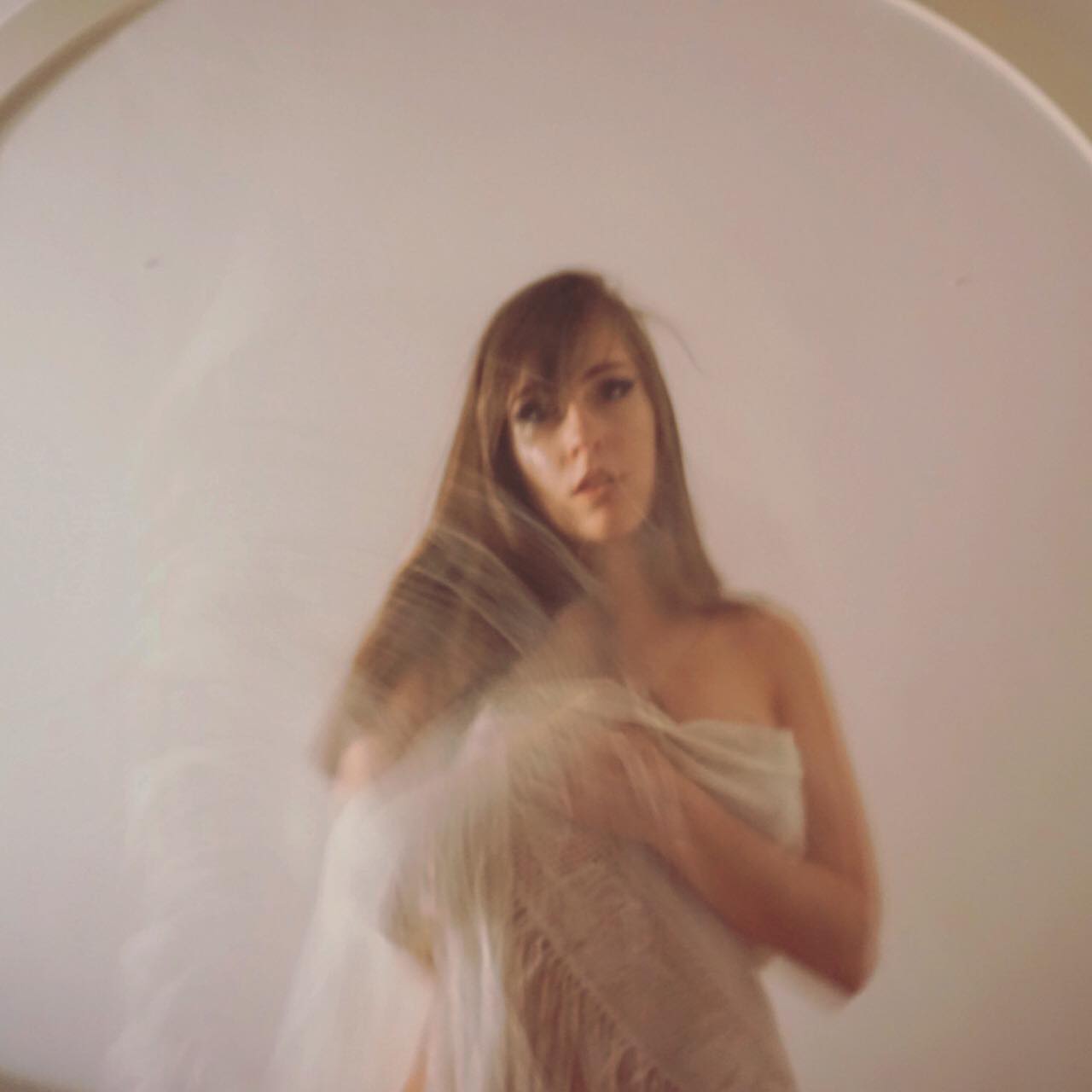 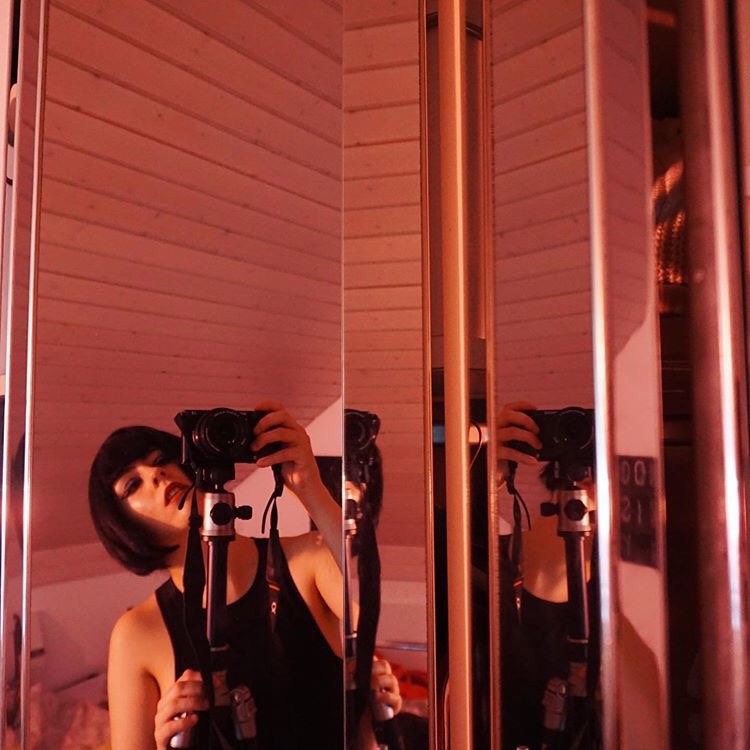