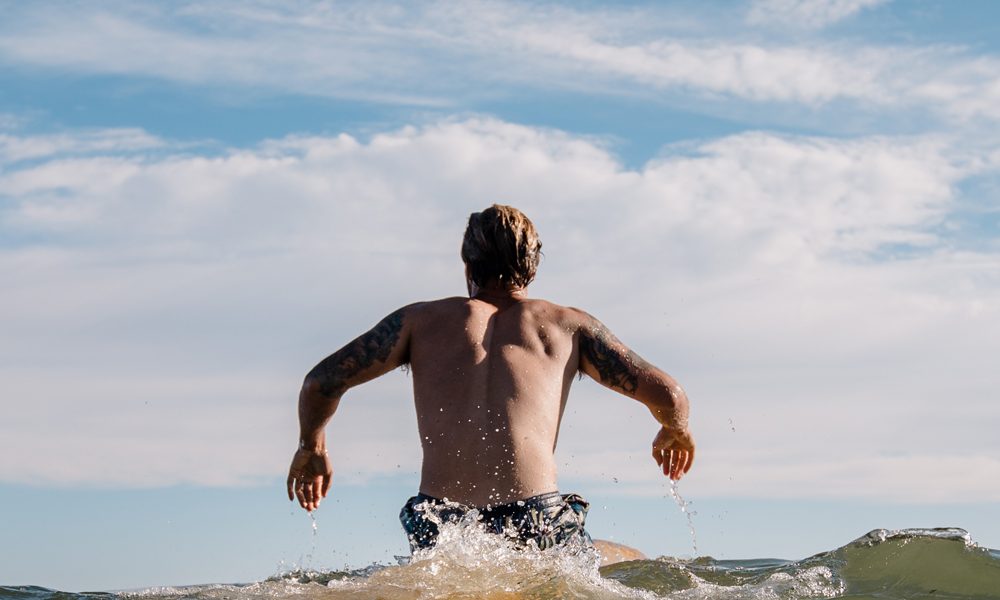 Today we’d like to introduce you to Katin USA Team.

In 1954, Nancy and Walter Katin opened a small boat cover business called Kanvas by Katin in Surfside, California, just north of Huntington Beach. Walter ” The Captain” Katin proudly took on the title of craftsman within the business and Walter’s wife Nancy, standing less than five feet tall yet possessing a personality far greater than her stature and a mind brighter than her crimson hair, was the salesperson.

After special requests from a select few friends, Walter constructed a couple custom boat shorts. Although impressed with the short’s design, Walter chose to continue his focus on the canvas boat covers. However, a couple years later, things quickly changed for the Katins when a local teen, a “wave rider” as surfers were originally called, walked into the Katin’s shop asking for a new kind of short, made specifically for surfing, using the same indestructible canvas as covers. The young surfer explained his struggles with surfing in cut off jeans, and how he found that the denim threads would unravel quickly, leaving him nearly nude when exiting the water. This determined teenager’s name was Corky Carroll, who unbeknownst to Walter, would go on to be one of the world’s first professional surfers, and the custom surf trunks Walter made for Corky would become California’s first surf trunk.

After Walter’s canvas surf trunk creation for Corky, word spread like wildfire throughout the watermen world and soon Walter’s shop flooded with young surfers seeking their own pair of canvas trunks. In true Walter fashion, he personally measured and tailored each pair of custom canvas surf trunks for every surfer. Overwhelmed with hopeful wave riders pleading for a pair of trunks, Walter sought the help of a local skillful seamstress, Sato Hughes, who is still sewing strong in the Katin shop today.

The sport of surfing reached mainstream popularity in the mid-1960s and the Katins were firmly entrenched in the surfing community, known for creating the best surf trunks around.

Champion surfers of the time, Shaun Tomson, Peter Townend, Reno Abelliro and Gerry Lopez, to name a few, wore Katin surf trunks purely out of passion and for a deeply rooted respect for these impressive trunks and their creators, Walter and Nancy. Even notorious surfer Eddie Aikau was photographed wearing Katin surf trunks.

Passionate about all things surf, the Katin couple helped sponsor early California surf contests and organizations, including the “Katin Underdog Contest” for competitors who had never won a contest. When Walter passed away in 1967, Nancy not only kept the surf shop business intact, but she also expanded her involvement in the surf world by providing surfing scholarships. She even went on to start the Katin PRO/AM Team Challenge in 1977.

The annual PRO/AM held at the Huntington Beach Pier not only featured some of the world’s best surfers, but also provided an arena for the young, talented surfers from beaches all across the U.S. to compete alongside their heroes. World Champion surfers such as Shaun Tomson, Tom Curren, Martin Potter, Sunny Garcia and Kelly Slater have gone on to win the PRO/AM.

By the early 1980s, the surf industry had officially skyrocketed and many manufactures were quick to take advantage of the trend. Though there were many offers made to Nancy to sell her business, she was determined to keep Katin a cherished surf haven for all. Nancy and seamstress Sato continued to make surf trunks in the back room of the Surfside Kanvas by Katin store, selling them up front and relying on the existing loyal network of surf shops for additional distribution.

Over time, Nancy became known as the “First Lady of Surfing,” not only because of her quality clothing, but also because she genuinely befriended the surfers that came to her shop, even acting as second mom to most. Nancy always made sure that Katin’s surf shop had a counter with a couch and a couple of chairs for any and all surfers to kick back, relax and swap stories.

Sadly, in 1986 Nancy passed away, leaving the surf industry and all of the Katin-wearing surfers with a heavy heart. However, when Nancy passed she left the company to her loyal seamstress since 1961, Sato Hughes. Sato and her son Glenn have since continued to run the original Surfside surf shop with the same love, dedication and care as Nancy and Walter, sewing custom surf trunks with the same quality, durability and good looks since 1954.

Having been born by the beach and raised along the California, Katin remains a staple for Southern California culture today. While continuing to pay homage to its iconic beachside heritage, Katin embraces all of the Golden State’s versatile terrains, from the southern sunny beaches to the dense northern forests and beyond.

Katin continues to take pride in its title as California’s first brand to make surf trunks and continues its commitment to selling high-quality, durable goods, both with the iconic surf board shorts and lifestyle apparel, on the beach and beyond.

Has it been a smooth road?
Every company has its challenges but with hard work, dedication and a passionate team you will succeed.

We’d love to hear more about your business.
Born and bred along the California coast, Katin remains a staple for Southern California culture today. While continuing to pay homage to its iconic beachside heritage, Katin embraces all of the Golden State’s versatile terrains, from the southern sunny beaches and bold desert bedrocks to the dense northern forests and snowcapped mountaintops.

Katin continues to take pride in its title as California’s first brands to make surf trunks and continues its commitment to selling high-quality, durable goods, both with the iconic surf board shorts and lifestyle apparel, on the beach and beyond.

Is our city a good place to do what you do?
Sure! We are a surf and lifestyle company that was born and raised by the beach so we definitely recommend starting a business here, especially if it pertains to the thriving LA culture here.