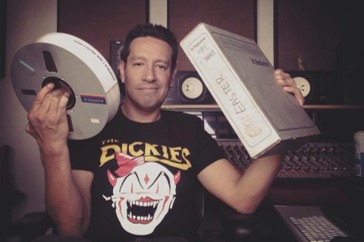 Today we’d like to introduce you to Ulysses Noriega.

Ulysses, please share your story with us. How did you get to where you are today?
As a kid, I was fascinated by musicians like Elvis, Buddy Holly, Bill Halley, and the Comets. All were 45’s my parents had laying around the house. Growing up watching musical performances on tv like Chuck Berry and The Rolling Stones on the Johnny Carson show. Then, in the 80’s was an amazing time for music kept my interest up, there was 2 or 3 shows a week dedicated to new music videos like MTV. For one of my birthdays, I asked for a 4 Track recorder, I started to experiment for endless hours. Recording little songs with a drum machine, guitar, and a cheap Casio keyboard. Right out of High school when everybody was looking for career choices, I end up attending college for pharmacy technician program, which was a very popular route for graduates without a path. I needed an elective for the program and I stumble upon a recording technique course that was offered to the broadcast students. It was instructed by a producer that had worked with The Police and U2.

The class was very basic and we focused on recording the recitals for the Jazz /Classical ensembles. I instantly fell in love with the idea of working in a studio so I did some research and found a trade school called “The LA Recording Workshop”(Now the LA Recording School) I enrolled in the 100 hour program which was the most affordable figuring that I would have to learn my way through the studio anyway. Soon after completing the program, I hand delivered my resume to studios I found in, “The Record Industry Source Book,” which had all the studios listed in town. I landed my first job at a studio called Track Record that was a hotspot for contemporary releases at the time like Jane’s Addiction and Social Distortion. I remember waking in the studio the first day Kiss was working in one room and Foreigner was in the other. I was there doing runner duties which entailed making coffee, picking up food orders and cleaning up. I quickly moved up the latter to the 2nd Engineer position I was calibrating tape machines and setting up microphones working directly with well-known producers, engineers, and artists such as Chicago and The Offspring and a lot of the early 90’s Rap artists like Tupac and Snoop Dogg.

After moving on from Track Record, I ended up with a chief engineer position at Jandemonium Studio. Where I was able to sharpen my production skills working with a lot of rock bands like Great White and Peter Criss. Soon after I started to work as a freelance engineer at facilities like Stagg Street Studios there I worked on a lot of classic jazz sessions which allowed me to get acquainted with recording lots of horn sections this was something new to me. Followed by Mad Dog Studios that was owned by Producer Dusty Wakeman where I worked with Little Richard and Country Artists like Dwight Yokum. Lastly, Ending up at LAFX Studios, where I doubled as a House Engineer and Technical support for their in house audio equipment rental company. LAFX had a great mixture of genres coming through from one extreme to the other.

One moment we were working on Jingles for Disney another we were working with bands like Korn or Ben Folds. Some days very sophisticated arrangers in the Jazz world that consisted of all the “First call” Studio musicians in Los Angeles. Landing me some great opportunities like working as an engineer for Greg Mathieson who was known for producing records by Donna Summers and Tony Basil. He took me under his wing to further refine my skills having me engineer countless productions including flying out to Tuscany one summer to help mix an album by Italian superstar Uberto Tozzi. Michael Melvoin another well-respected arranger who was a member of the “Wrecking Crew” I had the pleasure of recording his solo album which leads to recording his jazz trio arrangements for the Robert DeNiro film “The Good Shepherd. 2005 was the year I decided to go fully independent and open my own studio. I’ve had a good range of local and well-known artists like Mars Volta, The Wedding Present, Peter Murphy, and Lil’Peep.

We’re always bombarded by how great it is to pursue your passion, etc – but we’ve spoken with enough people to know that it’s not always easy. Overall, would you say things have been easy for you?
The road has been anything but smooth. I wouldn’t call them struggles exactly. I feel it’s important to stay relevant whether it means to keep up on new techniques, new software, upgrade equipment offer services that others may not offer. Anything to make you stand out as a professional.

So, as you know, we’re impressed with The Laundry Room Recording Studio – tell our readers more, for example, what you’re most proud of as a company and what sets you apart from others.
I run a full production recording studio it features a vintage Quad Eight mixing console from the 70’s, a 2 inch 24 track analog tape machine and also the latest greatest Protools system. The studio is equipped with everything you need to produce a great sounding recording from the tracking, mixing and mastering stages. I also handle and restore old tape masters and multi-tracks for re-issues and archiving purposes. Another service I offer is mobile recording of any size venue from clubs to arenas. What sets me apart from others is my 25+ years of experience, growing with the evolution of music production and having worked with great producers and engineers in multiple genre’s of music allows me to apply those experiences to my projects. I’m proud to say that I’ve been serving the independent music community by providing a comfortable, creative space to make music.

So, what’s next? Any big plans?
I’m always making changes, whether it’s changing the floor plan in my studio or buying new equipment, old equipment. The last thing I want to be is comfortable. But to answer the question I have some goals for the next three years followed by bigger goals in the following ten years. 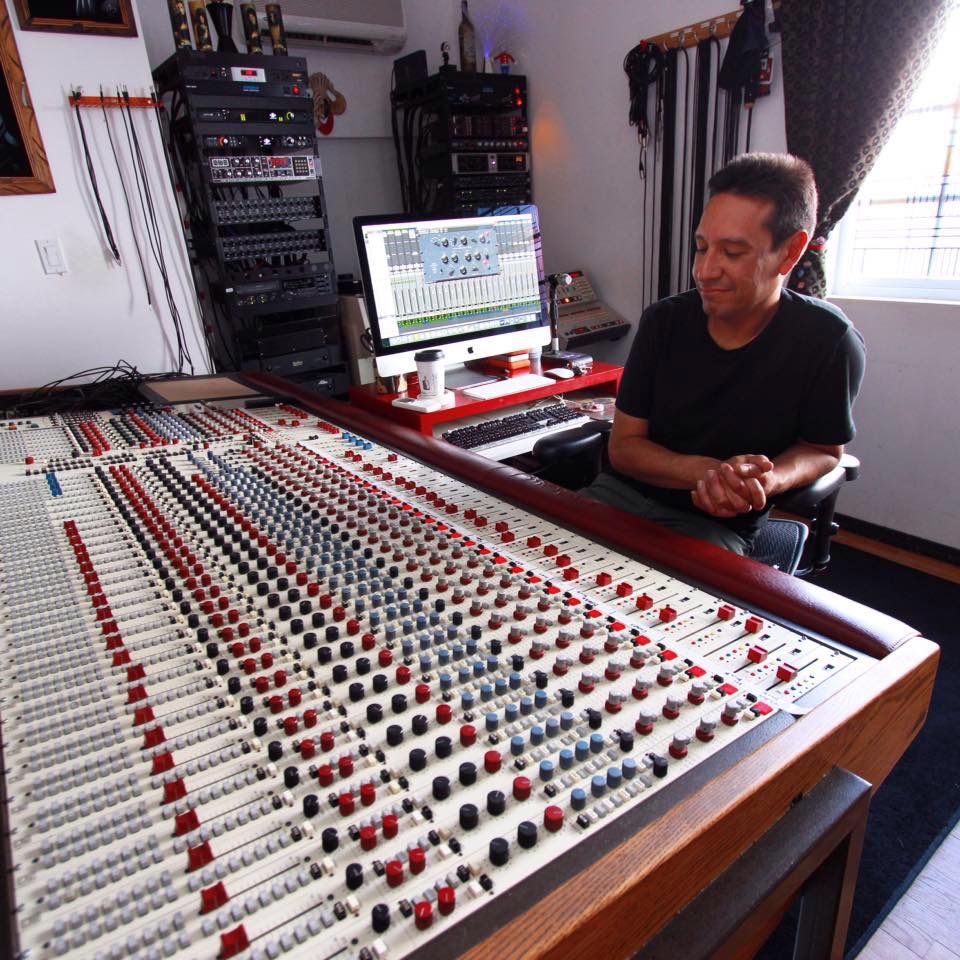 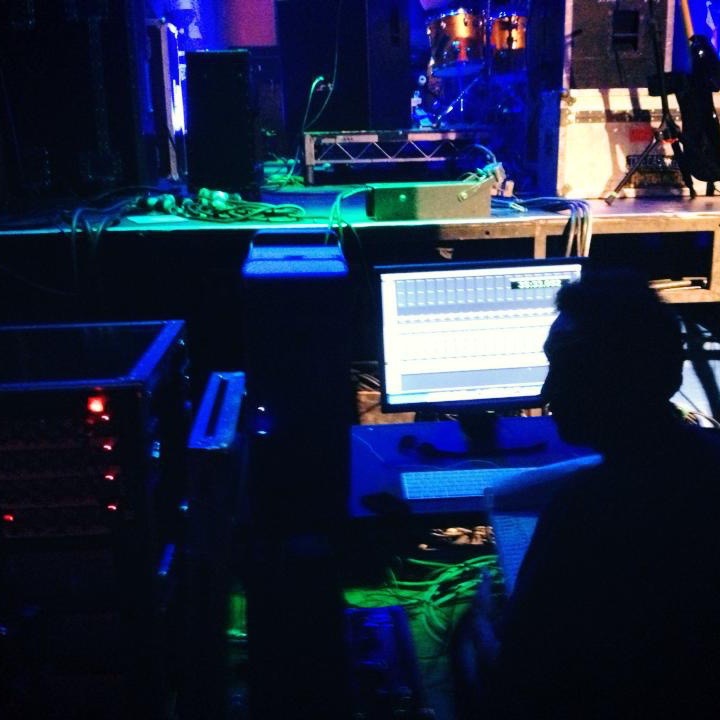 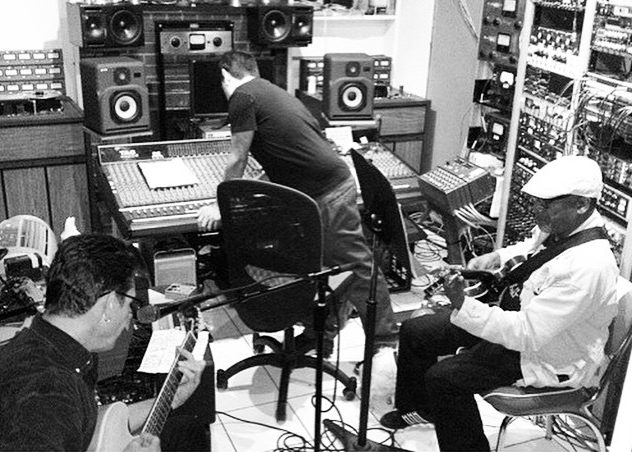 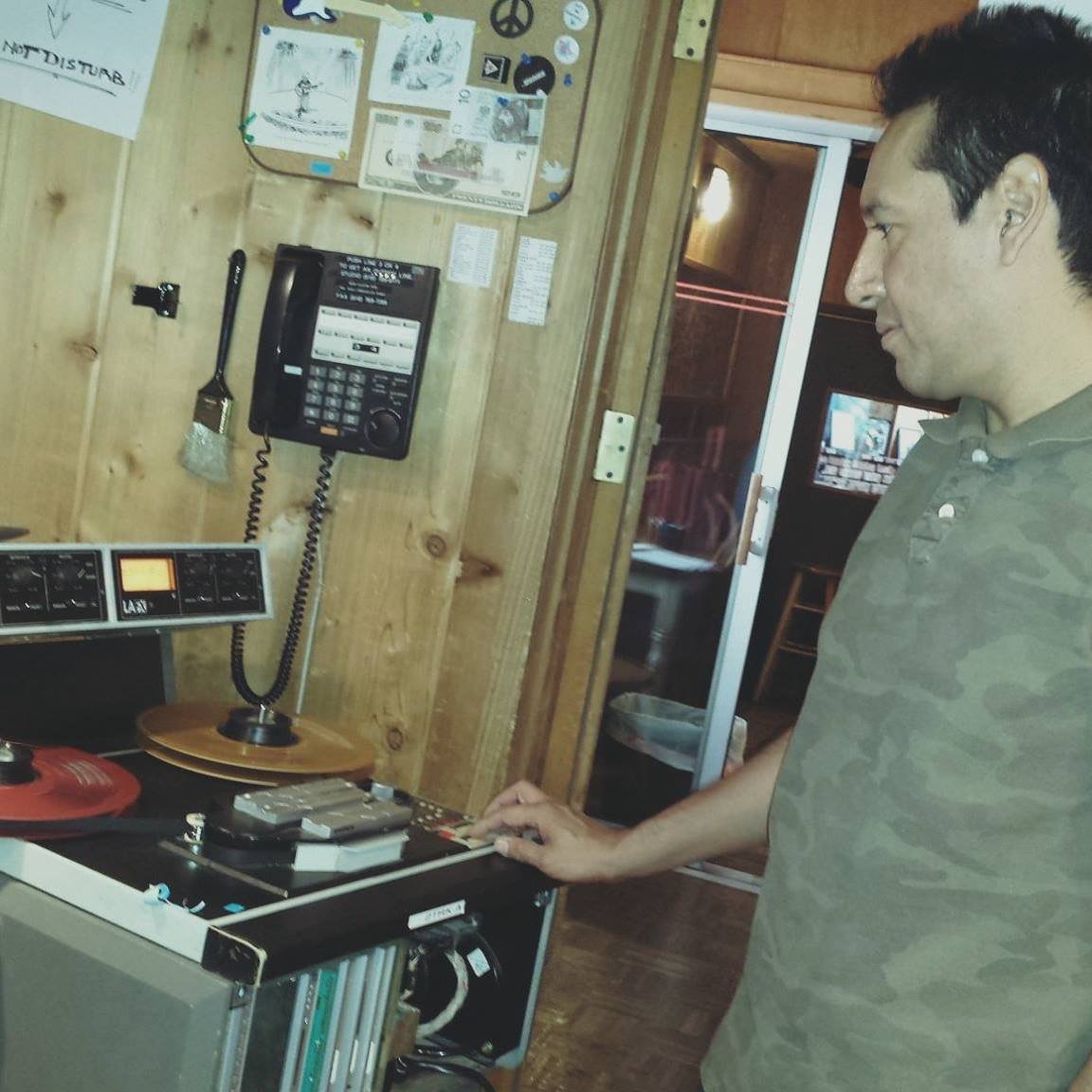 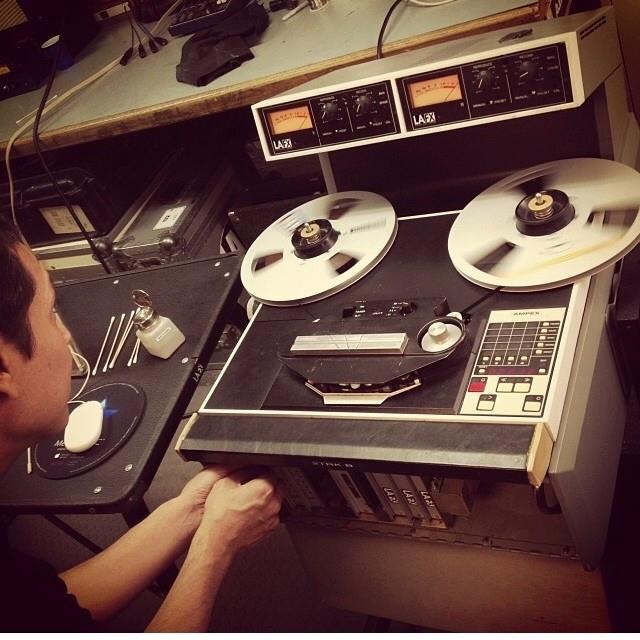 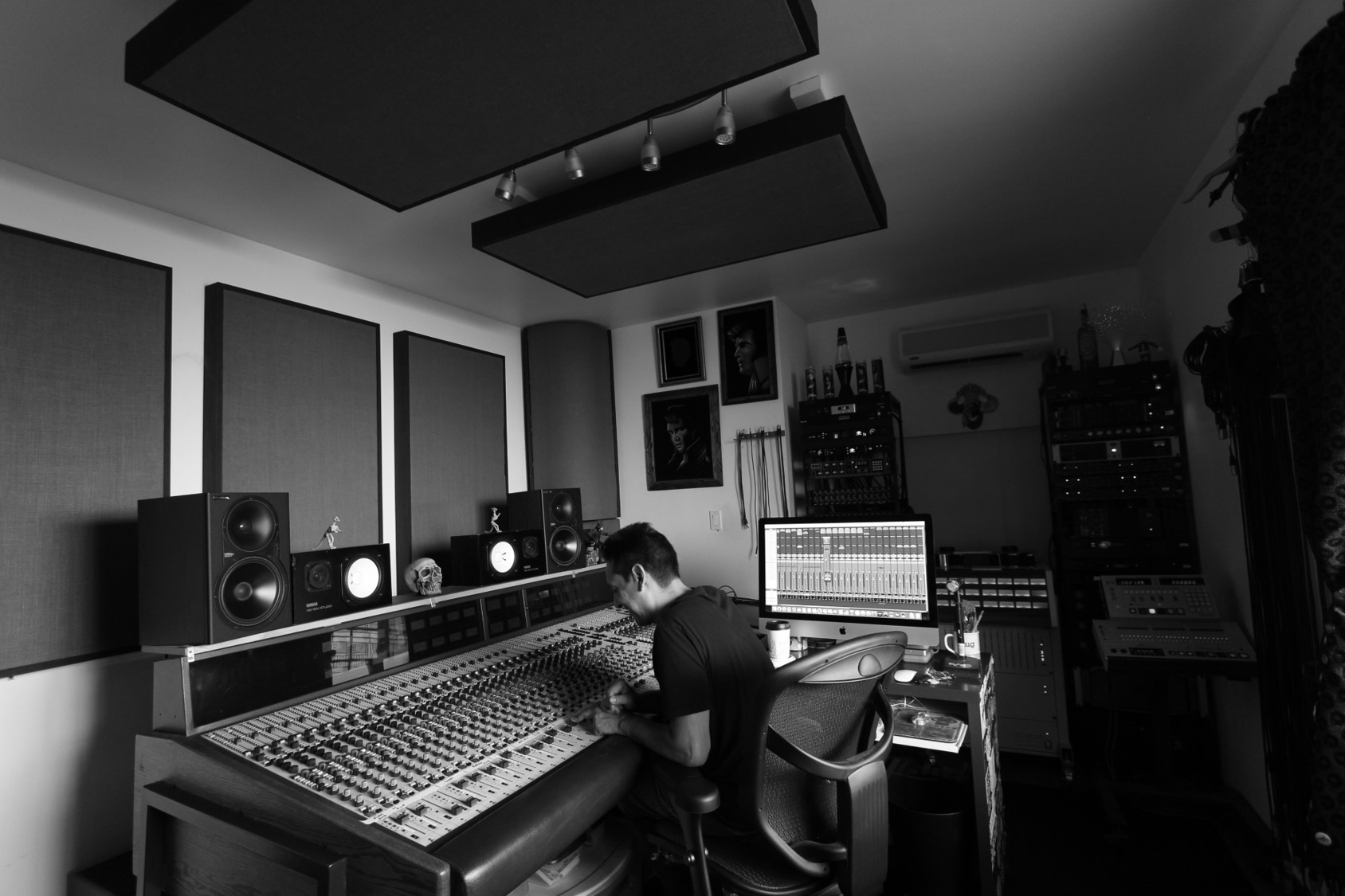 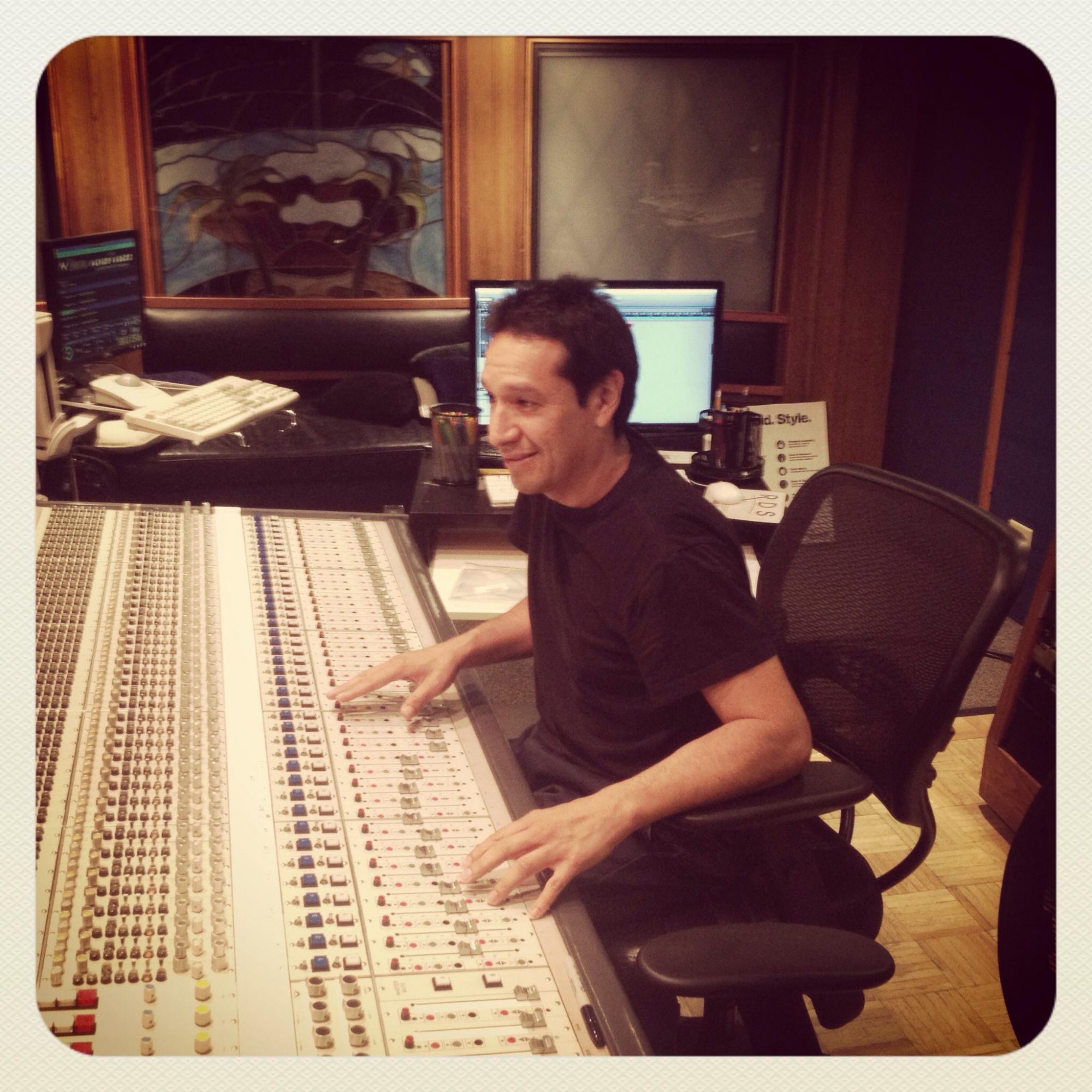