Today we’d like to introduce you to Tyrone Evans Clark.

Tyrone, let’s start with your story. We’d love to hear how you got started and how the journey has been so far.
I am originally from Chicago, Illinois. I was born in Cook County, Illinois. My parents are Gloria Clark (Gloria Stacker) and Vincent Hall. My mother wasn’t married at the time, so I end up taking her last name. My uncle Randy (Randall Clark) decided to give me the name “Tyrone Evans Clark.” My father wanted to give me his last name but unfortunately because of legal reasons he couldn’t.

At the age of five and six, I found myself being obsessed with things that glow in the dark. Every time when my mom or one of my aunts would shut the bedroom lights off late at night. I would secretly get out of my bed and collect all of my glow-in-the-dark toys all over my room. I would have fake wars or shows with my toys in the dark. I was just so infatuated with anything that glows and anything that was different/unique.

I remember a long time ago it was my birthday and my mom took me to a toy store in Chicago. She was allowing me to pick out my own birthday gift. Miss Clark decided to take me to the Toy Lawn Mower section. There were so many lawn mowers to choose from. Two stood out to mom and I. One lawn mower was super realistic looking, and the cool feature about it is the fact that when your lawn with it bubbles come out of it simultaneously.

Another Lawn Mower had a glass covering over it with cartoon balls inside of it. This one was not a typical lawnmower. My mother wanted me to go with the realistic one, but for some apparent reason, I was attracted to the cartoon version of a Lawn Mower. There was something about those colorful balls that was inside the glass case. I was so attractive to them. My mother gave up trying to persuade me to purchase the realistic one and end up getting the cartoon version with the colorful balls.

A few years later, Miss Clark decided to marry my dad in the back of her mothers’ backyard. It seems like a fairytale in the beginning until my father starts abusing her and using strong drugs. Unfortunately, my father started developing somewhat of a bipolar personality because of the drugs. Sometimes he will be sweet as honey and other days he would be the devil. Some nights I would cry so much because I wanted my old dad back.

About a year later, my mom gave birth to another child by Vincent. My new sibling and I would play with each other while watching our dad get into it with our mother on a physical level. This guy just would not stop abusing my mother. During that time gap, my mother just didn’t have the strength to leave him.

Around the age of eight, my family and I moved to Berrien Springs, Michigan. My mother ends up having two more kids. So in total, there were four of us as far as children. About four years later, we end up losing our two-year-old brother “Carl” in a house fire. Smoke got in his lungs and killed him. During that time I was being raped and molested by family members on my father’s side.

My next-door neighbor would also physically and sexually abuse me as well by biting my lip every day while looking into my eyes over an hour. Fast forward into my life my mother eventually left my twisted father in Benton Harbor, Michigan. We all eventually end up living in a big house with our cousins. About ten years later one of my cousins was murdered by a shooter.

During the last few years of high school (Benton Harbor High School) I end up facing more darkness in my life. For a few years, I was homeless and was staying with a few families from school. I end up leaving my family because of a lot of hardship, and I didn’t agree with some of the things that were going on in the house. At that time my mom and her new husband and along with my remaining siblings were living in one of my Aunties’ homes.

In 2005, I ended up getting help from a professor and a nurse from my high school regarding scholarships and funding for college. Later on that year, I end up receiving tons of scholarships. I was also honored to be the Top Ten of my class and graduating with a GPA of 3.8.

The Gates Millennium scholarship allowed me to attend a special event in downtown Los Angeles for a whole week with special speakers from all over the world. Being the National A.C.E of The Year allowed me to share my story with thousands of people in one room in Salt Lake City. In Salt Lake City I was able to go to a lot of events for free, and it was also for a week.

After graduating from the Art Institute of California – Los Angeles (with honors) and all the good stuff in my life I end up experiencing more hardship such as dating someone who was abusive, being forced to experience a hate crime on my way to work, and racism from numerous places/people, and being homeless a few more times because LA is so expensive.

A few years later eventually I got a job in sales working at Macy’s. Where I was able to find my way and come up with resources to survive in life. At the time I was finding it very hard for me to get a job in my career (Game Development/Animation). During that time I decided to start my own business (www.tyroneevansclark.net) by doing contract work for clients. I would create animations, 3-D graphics, programming scripts, for entertainment companies, schools, start-ups and etc.

In 2018, someone inspired me to go into the acting realm. Plus when I was in sales at Macy’s lots of customers would tell me that I should be on the screen making people laugh not being behind a counter working at a cash register. So I decided to follow my heart and created an acting website (www.tecmultiverse.net) for myself. Afterwards, I end up joining a few acting agencies and as soon as I did that I end up getting tons of roles in feature films, music videos, and TV Shows.

Currently, I am working as a full-time actor/model. On the side, I am a Tech & Games Teacher at STAR Education, and I still pick up contract work regarding 3-D and game development. I just recently started up my own podcast titled “Call Tyrone!!!” that is featured on a few platforms such as Google Podcasts, Spotify, Breaker, Pocket Casts, RadioPublic, Stitcher, Anchor, and etc.

On top of that, I also have been working on a few graphic fictional novels. Hopefully, in a few years, I can get those completed and published for the world to enjoy and explore!

Overall, I’m an influential artist who possess many hats/talents and who is looking to touch the world with happiness, comedy, education, art, and interactive media!

“Art can take on many forms, but it’s all about how it makes you feel.”
(Tyrone Evans Clark).

Has it been a smooth road?
When I was homeless numerous times in Benton Harbor, MI, and Los Angeles, CA, I would find myself getting depressed and very sad. The main challenges I was forced to face was experiencing my own financial crisis and not being able to get a job in my trade.

During 2010, it was so difficult to get a job, especially in the Arts. Later on, I realized while working in sales that the majority of some of my fellow associates were coming up with their own businesses in order to make extra money on the side. Plus, I got so tired with my retail job, and I was just so unhappy.

A few months later at Macy’s, I decided to come out with my own company’s website (www.tyroneevansclark.net), so I could start doing contract work on the side for anyone who wants 3-D graphics, animation, and programming completed at their business. From there my business took off, and I was able to do work for a lot of big clients and later on I in up migrating into the Acting Realm.

I am a 3D Game Artist & Programmer, and I specialized in 3D Graphics/VFX(s) for TV, Films, and Video Games. I’m mostly known for working on Disney Infinity’s Video Game Franchise, working on the TV show Reverie (2018) as a CGI Artist, and working on WWE SmackDown vs. RAW 2010 as a 3D environment artist (pre-production).

The main thing that I am so proud about my company is the fact that it is something I created. It’s my baby, and so far I’m always able to find work, and my phone keeps ringing on a regular for contract opportunities.

What sets me apart from others is the fact that I’ve worked in various team environments and have been considered to be highly informative by my peers about various new techniques, and ways to shorten production times on various projects. Most of the projects I’ve been involved with had short deadlines (varying from reasonably short to extremely quick), so working in a crunch isn’t a problem.

On top of that, I can provide detailed analyses and critiques of various projects to help produce quality products. As far as my acting business (www.tecmultiverse.net) I am always able to get acting gigs. At TEC Multiverse I specialize in acting for reality shows, music videos, feature films, modeling, and commercial work.

I am most proud of staying booked and busy at TEC Multiverse. I am always receiving acting gigs, auditions, and commercial work.

What sets TEC Multiverse apart is that fact that there is no other witty crazy actor like me. I can wear many hats and plus I have a lot of experience acting on Film, TV, and Music Videos. I am even an expert in voice-over acting, hosting, and Print/Modeling Work.

Is our city a good place to do what you do?
Koreatown, Los Angeles is the perfect city for a business because it’s always active and this is also a city for creative artists. If someone wants to start out in the Arts/Entertainment Industry, my recommendation would be to do research on the business that you want to start. Do research on the latest trends and what works as far as businesses and money flow.

If you’re going to create any type of business, I always recommend creating a website to show people how serious you are in your trade. You can also take it a step further by creating business cards and a delicious resume. I personally have a few different versions of resumes for Acting and 3-D Game Development. Please make a note that you should always be able to alter your skill-set depending on what type of client you’re trying to market to.

For example, if your client is HBO and you’re working on the TV show “Game of Thrones” then maybe you should tell them your skill set in medieval times, dragons, sorcery, and magic. I’m sure that would get their attention. Overall do your research and be proactive in your field and it doesn’t have to be in the Arts or Entertainment. 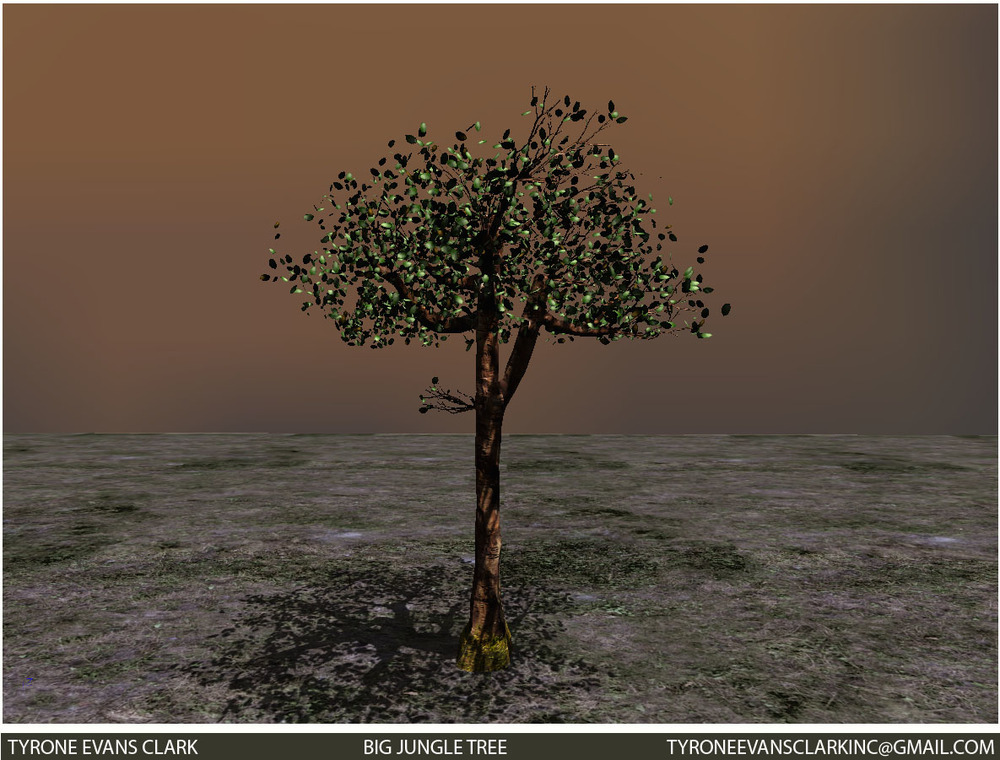 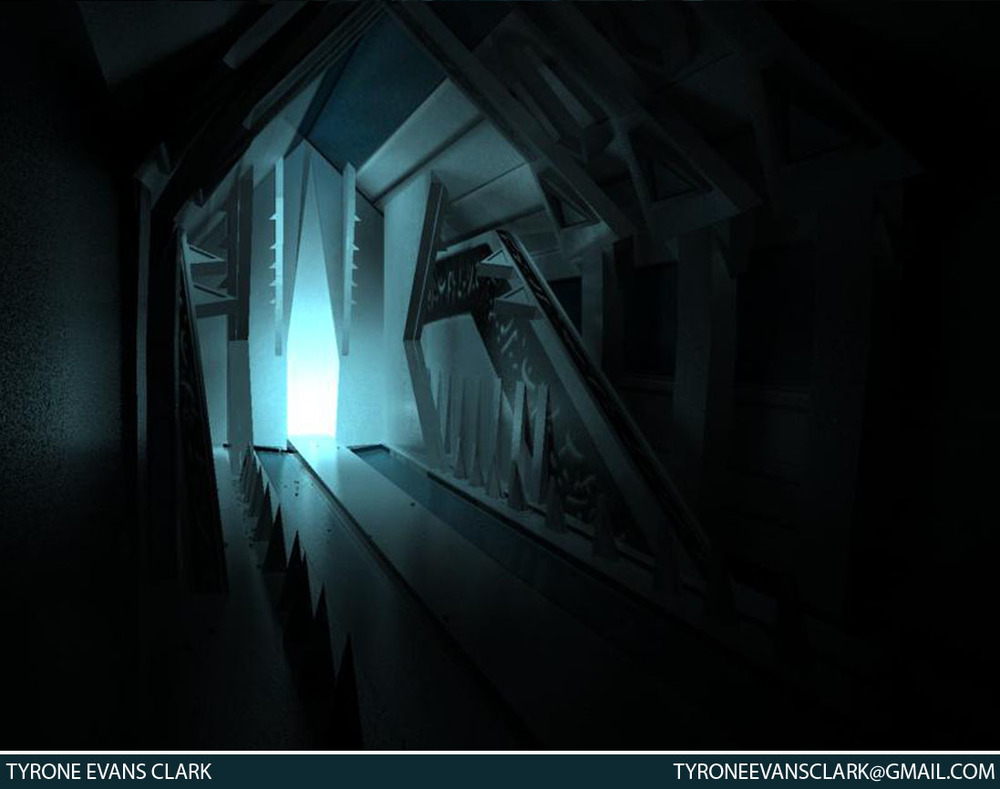 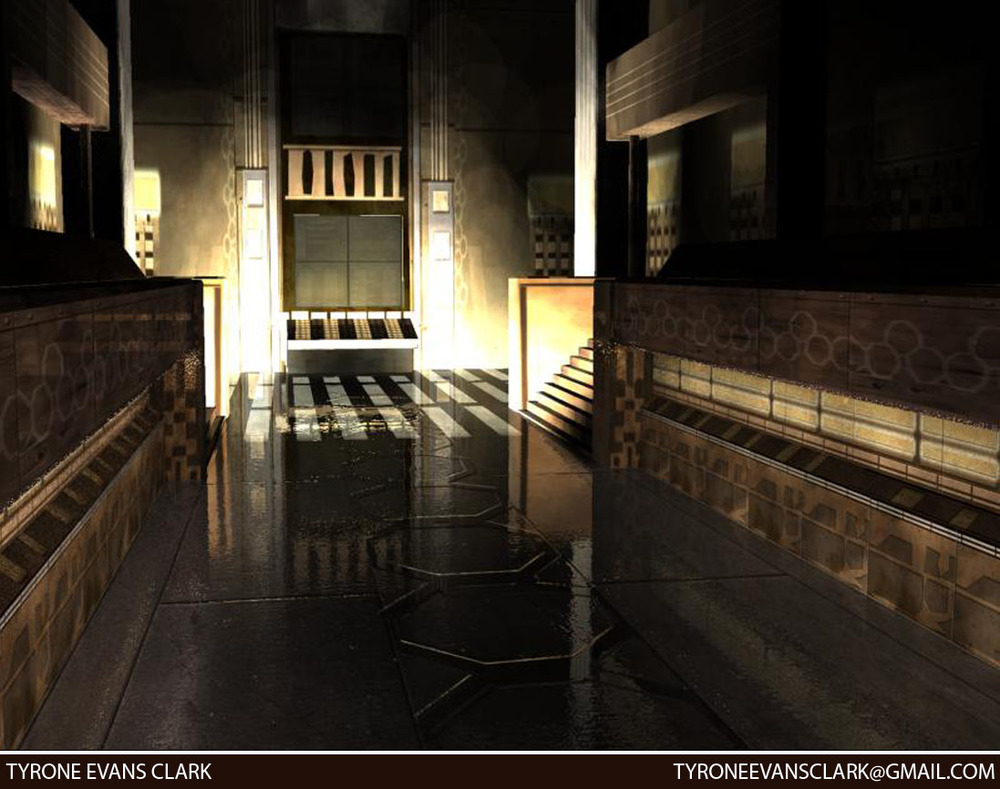 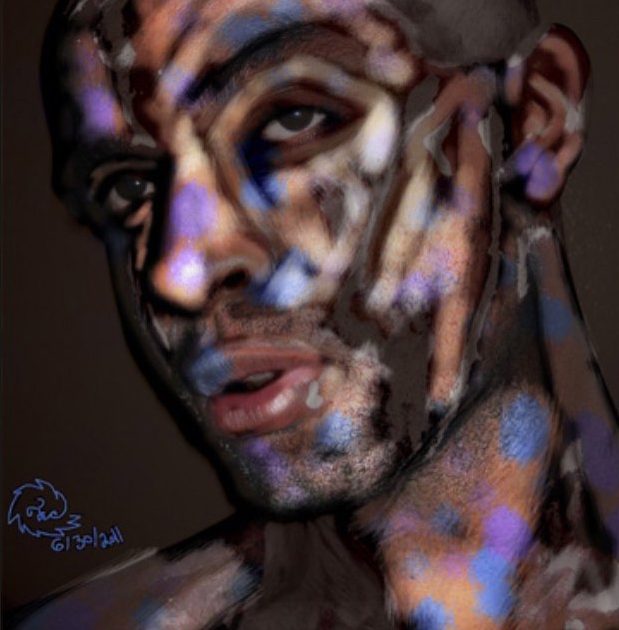 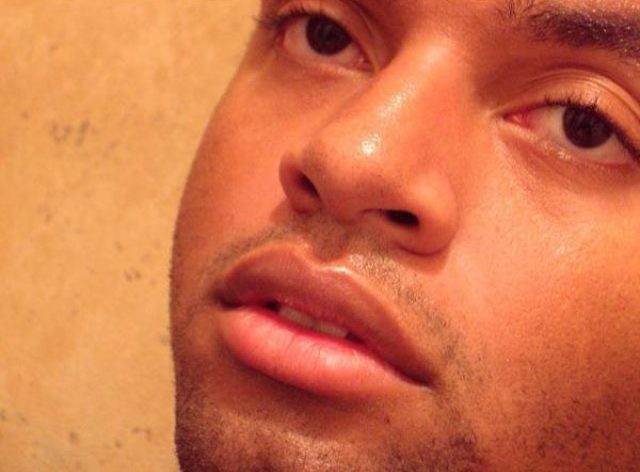 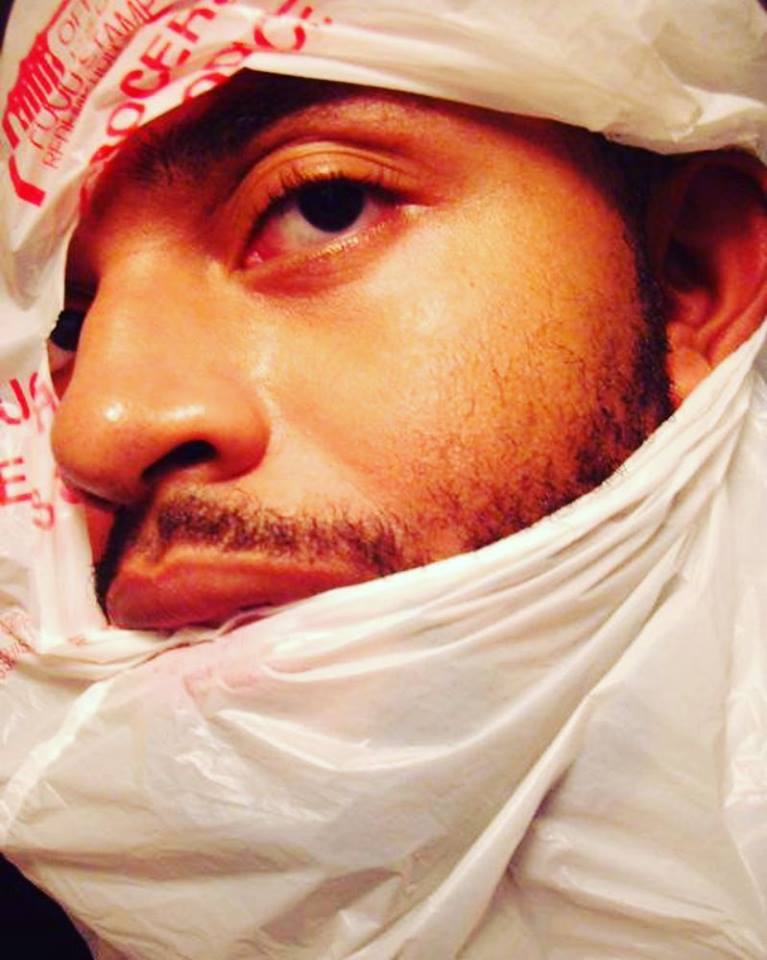 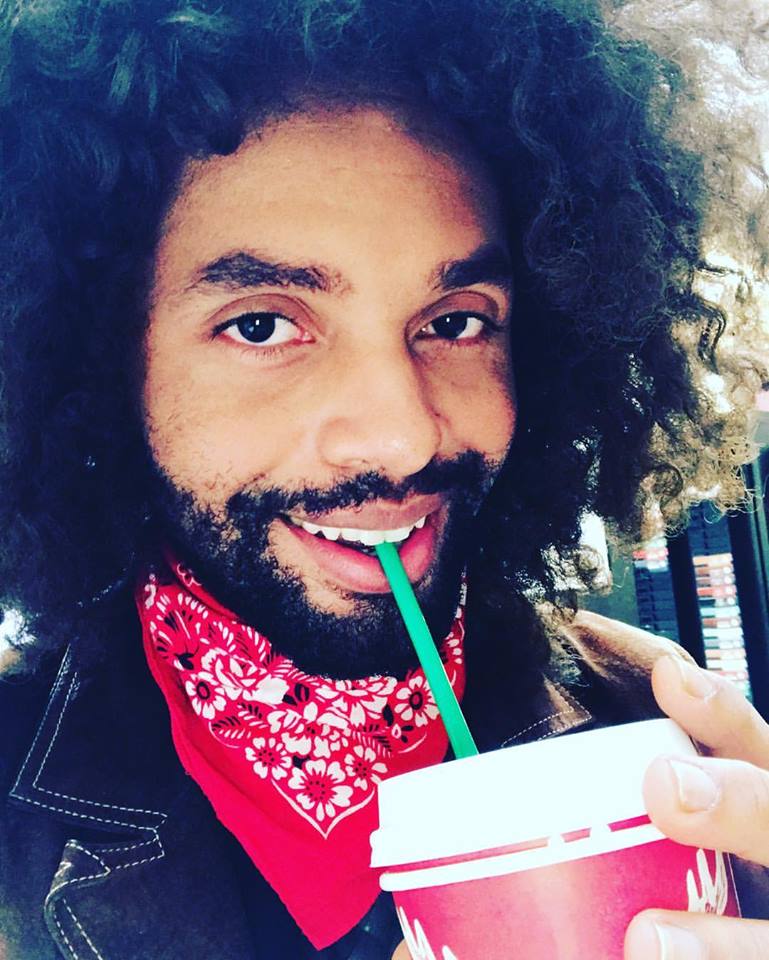 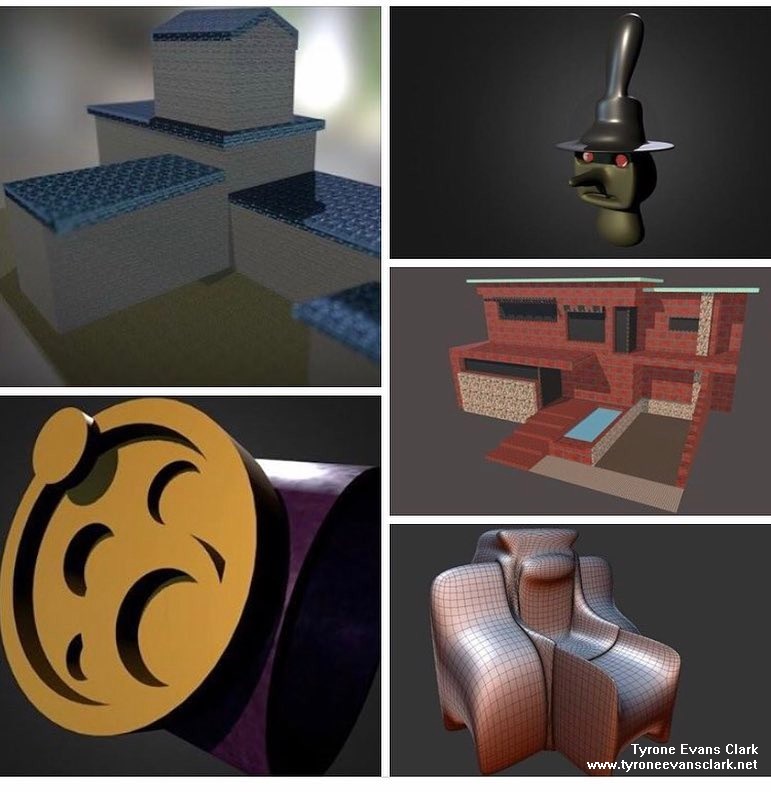 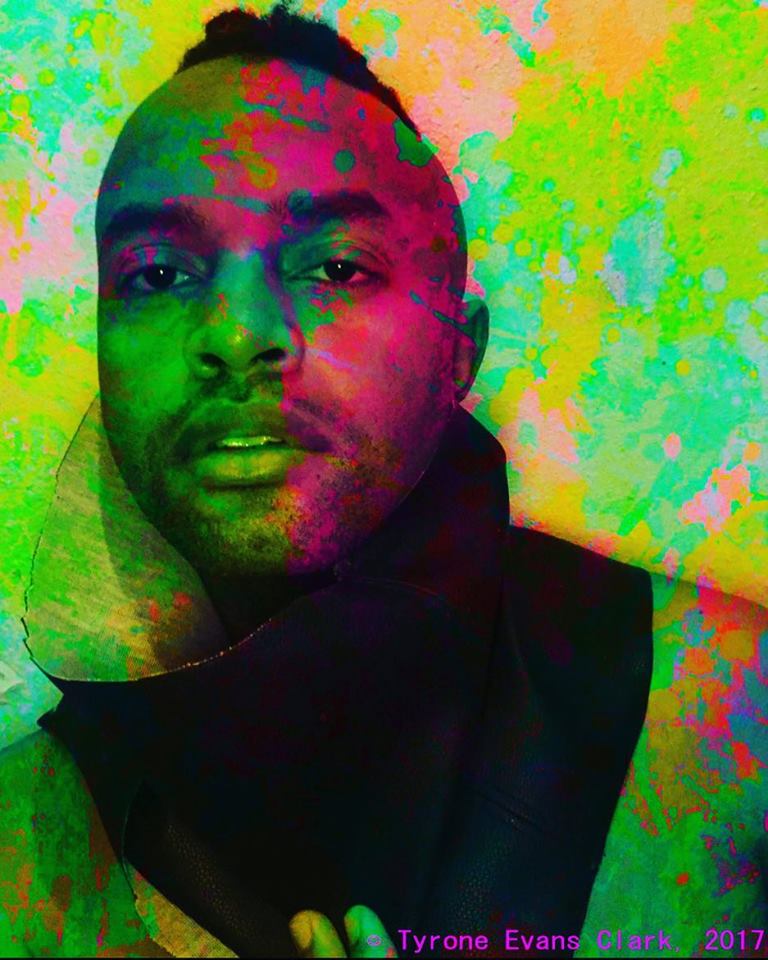 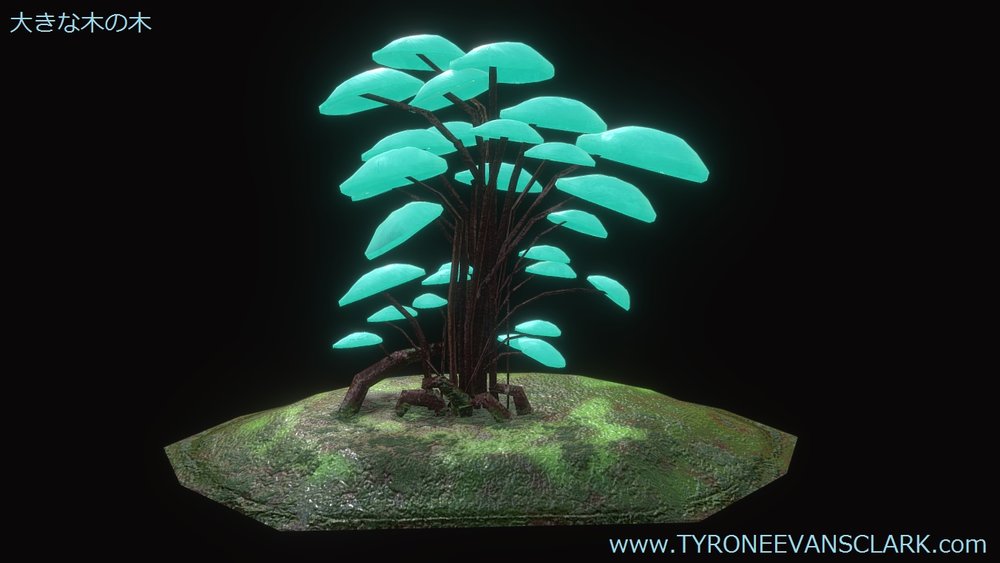 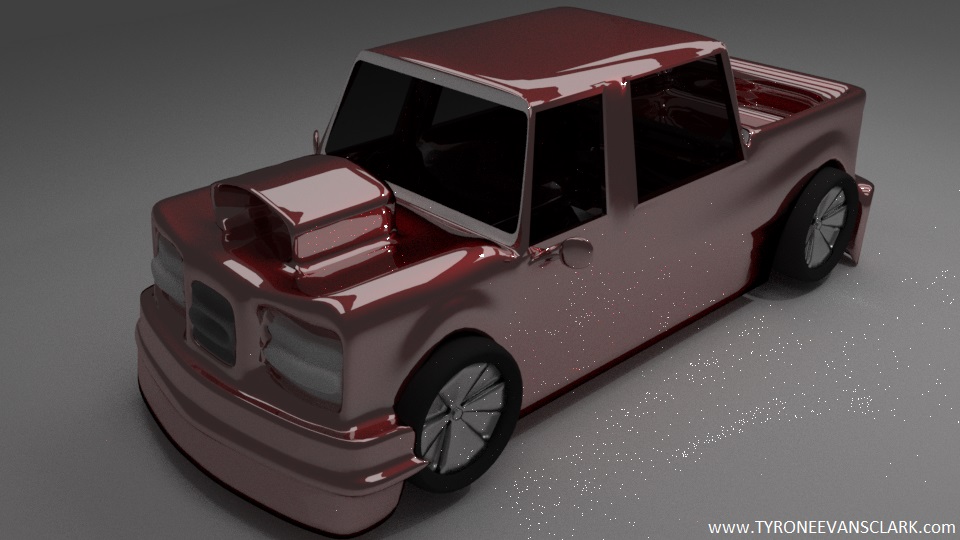 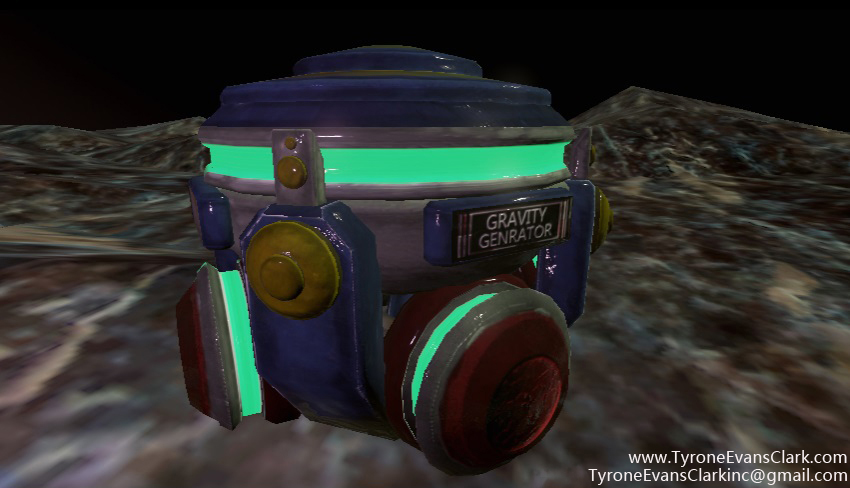 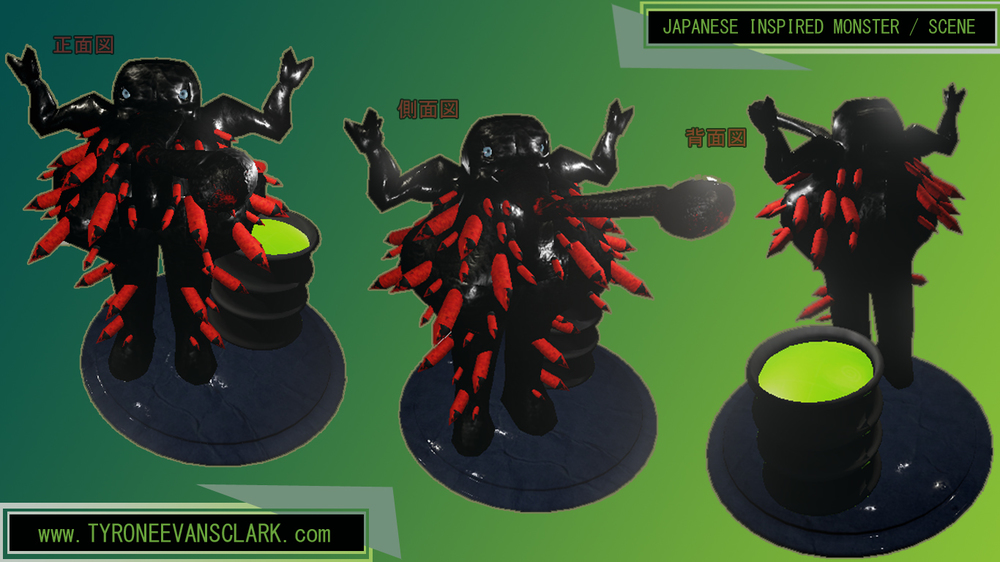 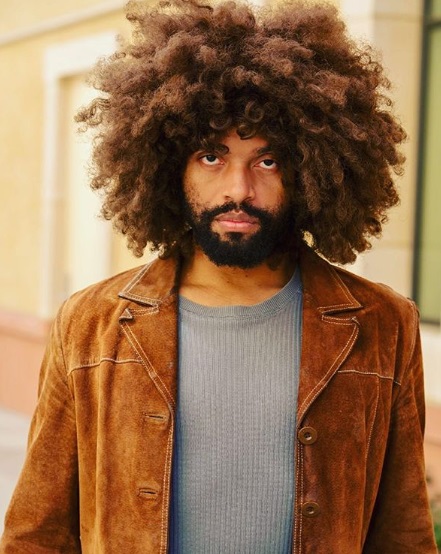