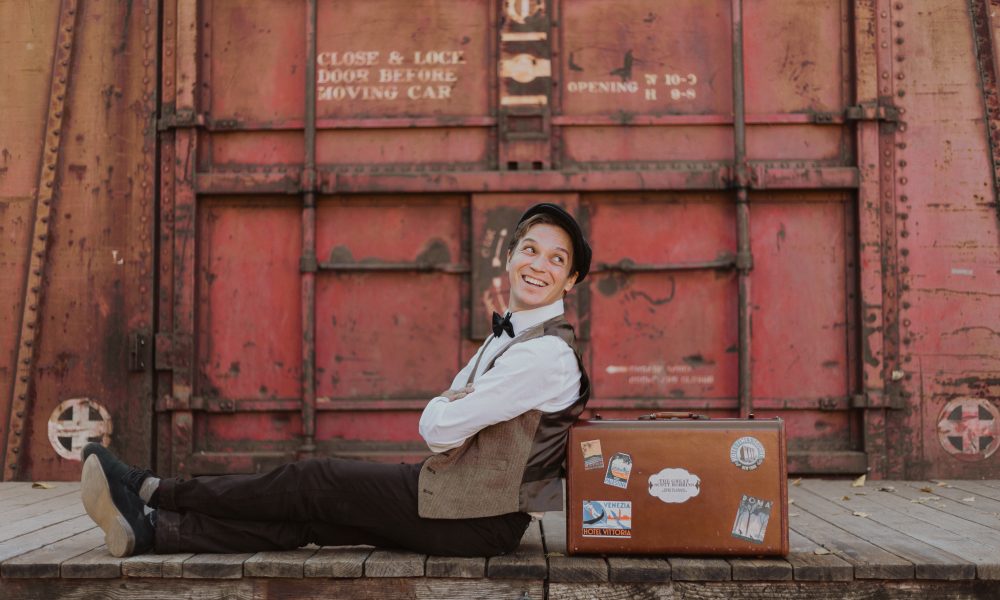 Today we’d like to introduce you to Tyler Tafolla.

Thanks for sharing your story with us Tyler. So, let’s start at the beginning and we can move on from there.
I’m originally from San Diego, CA and grew up a beach kid living in Ocean Beach. My mother was a coordinator of a local youth theatre company that I was a part of for many many years and my father was an entrepreneur and film creator, having directed and produced his own television shows on KPBS “WONDERLAND” and “DINING OUT WITH NOAH”, which is where I learned at 14 how to film and edit.

I grew up on a healthy diet of Disney, The Muppets, Star Wars & Spielberg movies, and at a young age, I was already casting my friends in short movies and plays I’d be creating. I loved movies like Singin’ in the Rain, The Wizard Of Oz, and I’m pretty sure we rented out the VHS of Mary Martin’s Peter Pan almost every week from the local library.

I knew I wanted to make musical theatre my career and while on a birthday trip to New York with my family, I came across a college I had heard about from a few friends called AMDA (The American Music & Dramatic Academy). I popped my head in the front office, talked to a counselor, took a quick tour of the main building and was immediately hooked. I was attending school at their Los Angeles campus that fall!

I received my BFA in Music Theatre while attending AMDA Los Angeles, where I studied and mentored under industry professionals like Joel Bishoff, Thomas O’leary, Kathryn Lounsbery and Justin Key. While also at AMDA, I wrote and produced my first musical, “Scott Robbins and the Traveling Show.” It was the first fully-staged finished original musical ever produced at AMDA through their Student Vision Program.

Since graduating AMDA in 2017, “Scott Robbins and the Traveling Show” has performed four other times on different coasts. The New York Theatre Festival: Summerfest 2017 (Where I directed the show), Rockwell Table and Stage in Los Angeles 2018 (Where I directed & played the title role of Scott), The Hillcrest Center for the Arts in Thousand Oaks CA & The White Box in San Diego 2019 (I performed as Scott in both those productions). The show has also had a virtual performance done during the 2020 Pandemic with the Manhattan School of Music in New York. You can find out more on our Instagram: @scottrobbinsnewmusical

Whilst pitching Scott Robbins to different theaters and companies in 2019, I began to get antsy and wanted to start on new projects. I began writing new music and put up a one-man-show at Rockwell Table and Stage in Los Angeles called “Catching Up with Tyler Tafolla.” I really enjoyed writing those initial songs for the show and decided to continue writing more and create a full, new song-cycle, which is now called “SEASONS.”

I was initially going to produce and direct the song-cycle live this year in August, but due to the 2020 Pandemic, we had to shut down production on it. That didn’t stop me from wanting to have these songs heard. We are now in the midst of creating the “SEASONS CONCEPT ALBUM” which will be streaming on all music platforms (Spotify, Itunes, Apple Music, etc.) on October 15th. We have some amazing musical theatre talent on the piece (Mariah Rose Faith, Desi Oakley, Adante Carter, etc.) and proceeds of the album will be going to two amazing organizations, Broadway Cares: Equity Fights AIDS & Feeding America. You can find out more on our Instagram: @seasonsmusical

This year, I’ve also created a program called “SONGS FOR CHANGE” where you’d hire me on to write you a song and then half the proceeds go to the charity/nonprofit organization of your choice! You can find out more on my website: tylertafolla.com

I’ve enjoyed a very fun life & career where I get to work & collaborate with so many fantastic artists! I feel very lucky.

Overall, has it been relatively smooth? If not, what were some of the struggles along the way?
There have been SO MANY ups and downs along the way. In the state of the world that we are living in today, there is so much content coming at you from so many media platforms that it’s hard to stay afloat and not just be caught up and lost in the waves. Marketing my shows and myself as an artist has always been the hardest part for me. I’ve learned through trial and error what kind of marketing works the best and how to have a better social media presence. Social Media has always been about producing new content daily, which is a fun challenge for me to do as a creator.

The struggle has always been trying to find an audience for the things I’m creating. My girlfriend Meg has been a constant light in my life lately and reminds me daily that “If you love what you create, others will too.” She’s so awesome you guys!

Tafolla Productions – what should we know? What do you do best? What sets you apart from the competition?
I have made a career out of writing musicals which is, in my opinion, one of the best careers one can have! Storytelling, music & empathy are three of the things that we as a human race live for, strive for and want more of. I’m so lucky and thankful I get to connect with people, tell stories and make music for a living!

I have written two musicals. “Scott Robbins and the Traveling Show” and “Seasons: A New Musical Song-Cycle” with many many more on the way!

What is “success” or “successful” for you?
What defines success for me is when someone is touched or moved by something I’ve written or by a character I’ve created. These characters become real people to those who are listening to the music and learning their stories. People connect to these songs because they may see part of themselves in a character or see their life and struggles in the lyrics. It’s very motivating when people come to me and tell me how much certain songs and characters mean to me because that motivates me to keep going and keep working on creating more new stuff! Now more than ever, people desire NEW ORIGINAL STORIES. The industry right now has been saturated with so much of that same that people are yearning for something new and fresh. And if I can be apart of that, that would be really rad. 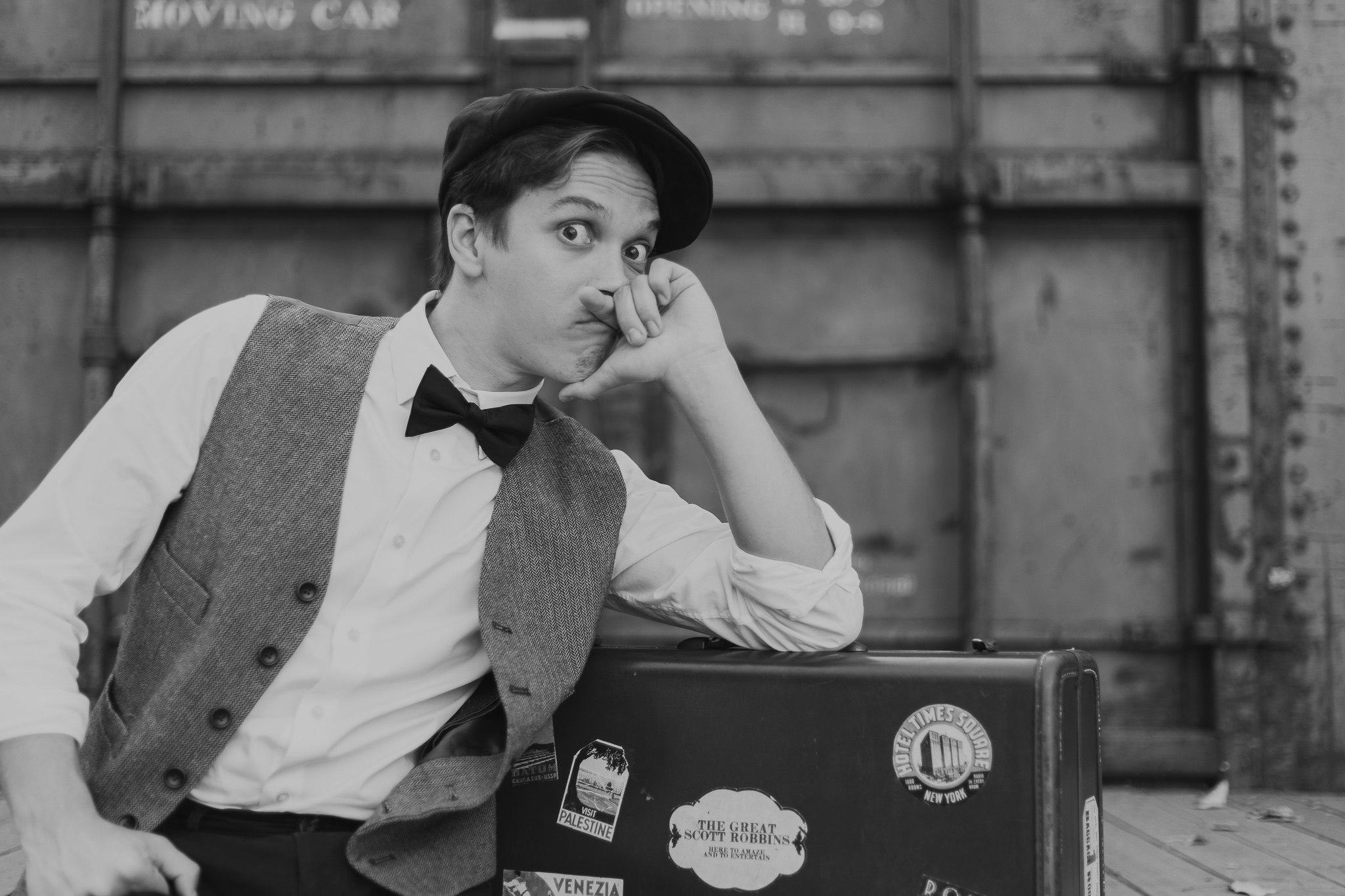 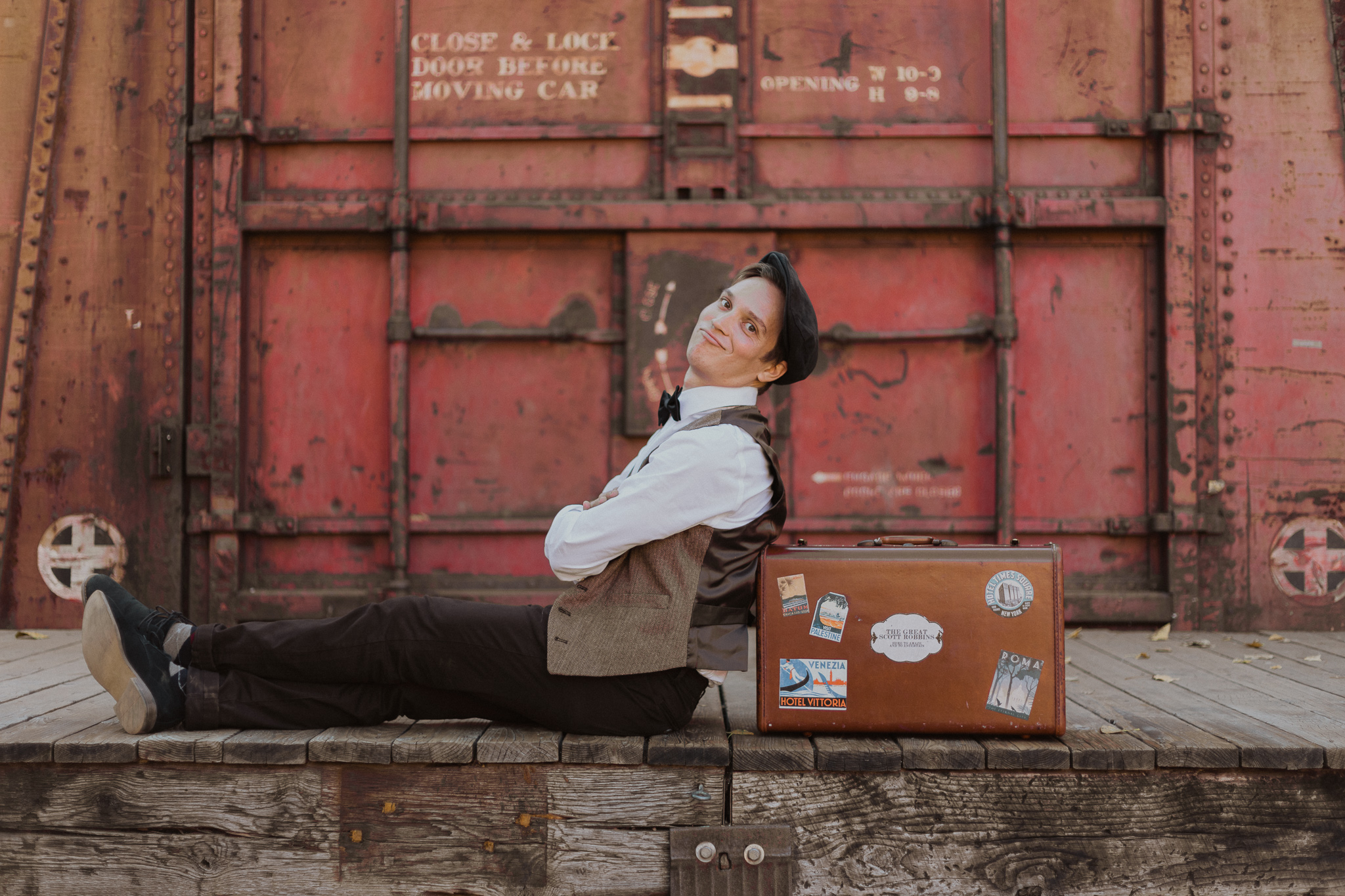 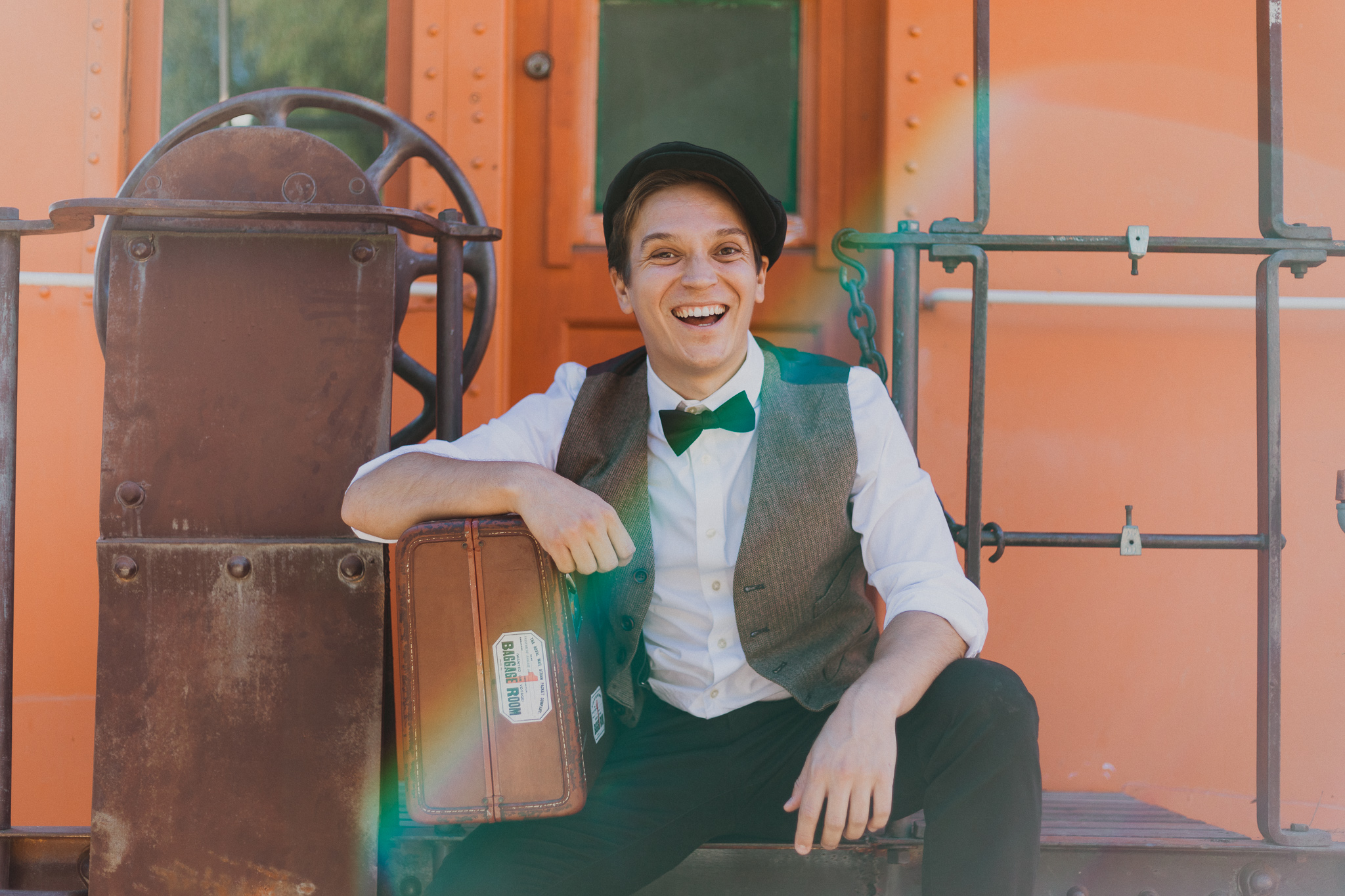 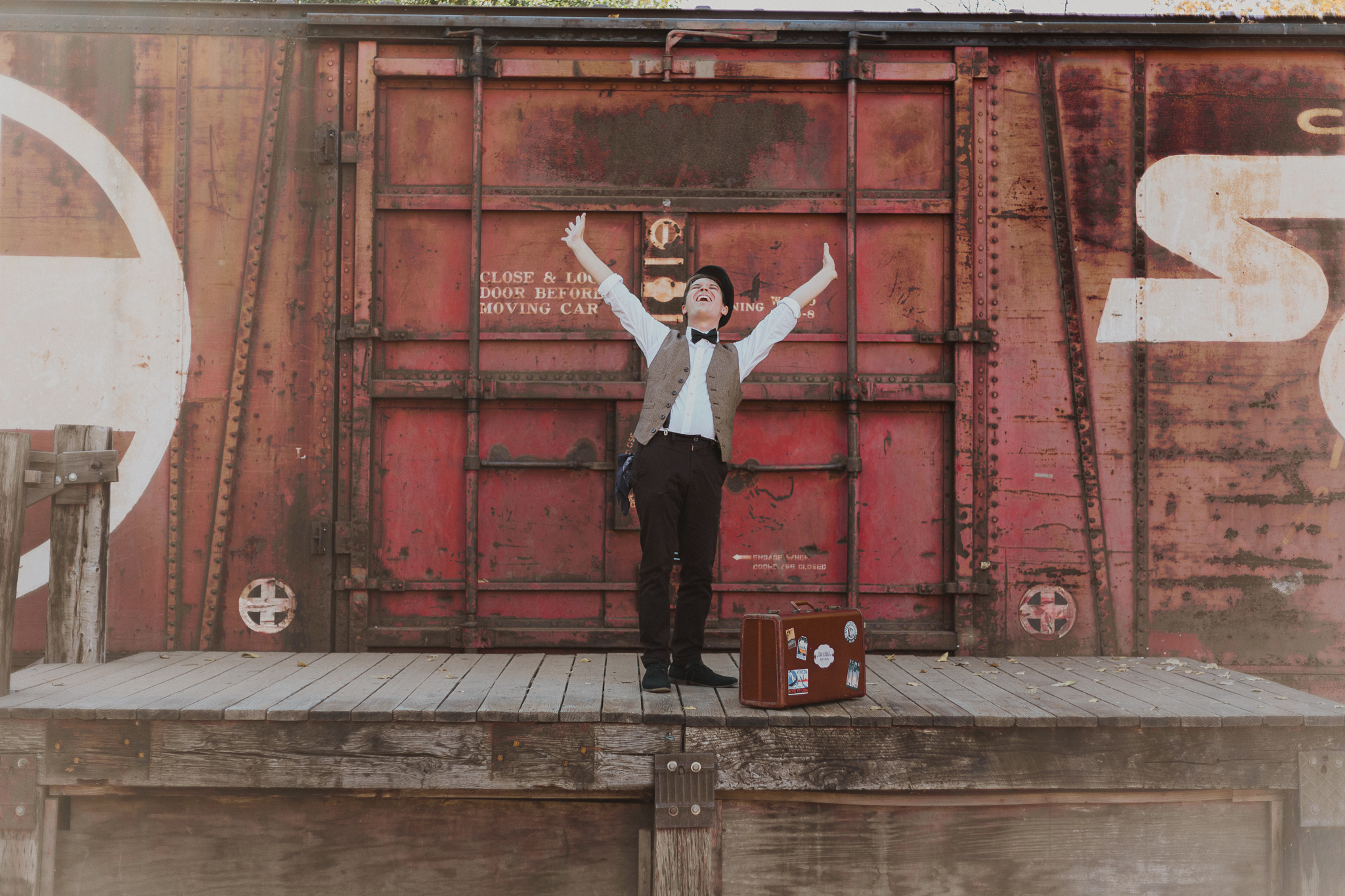 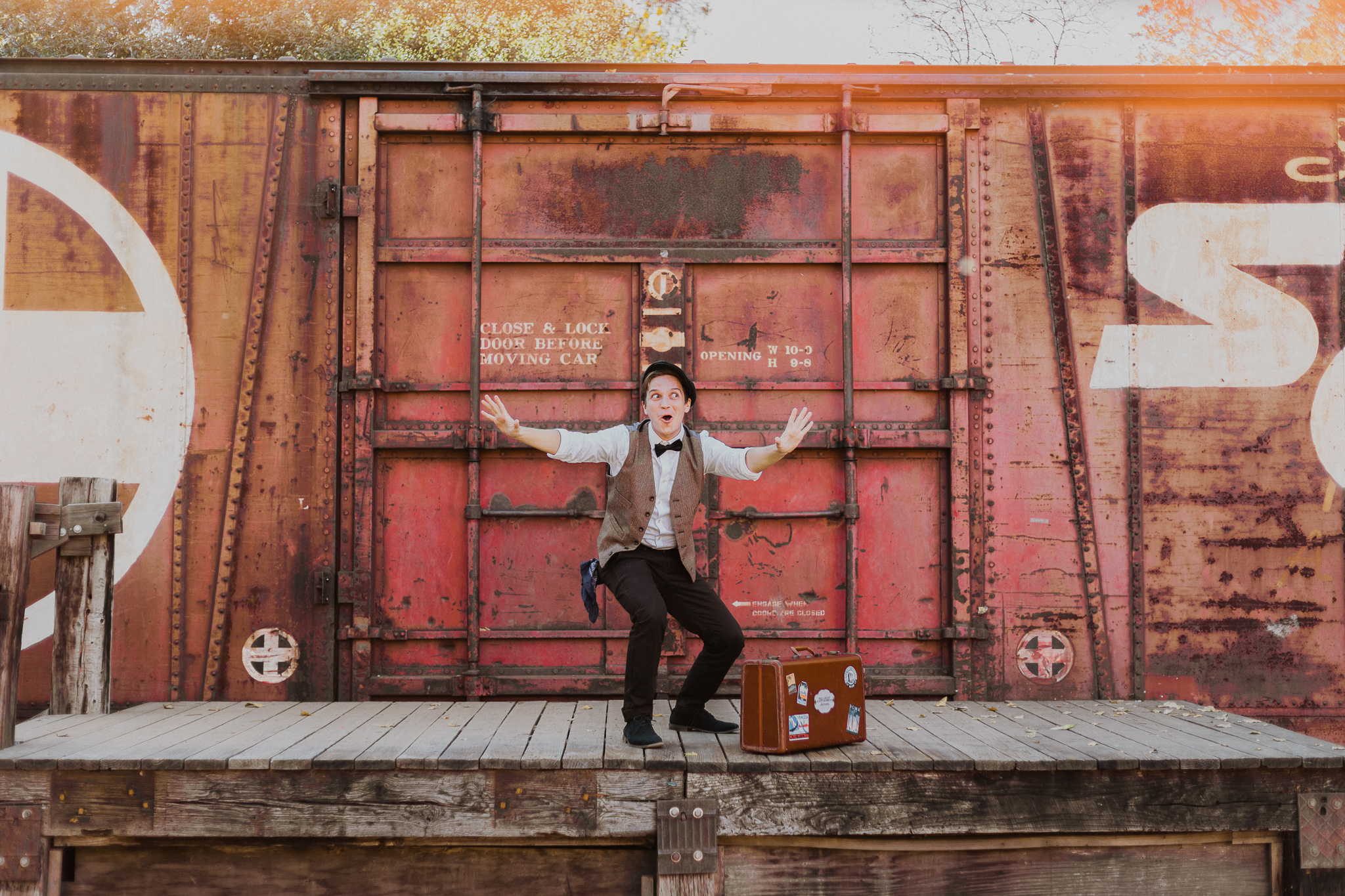 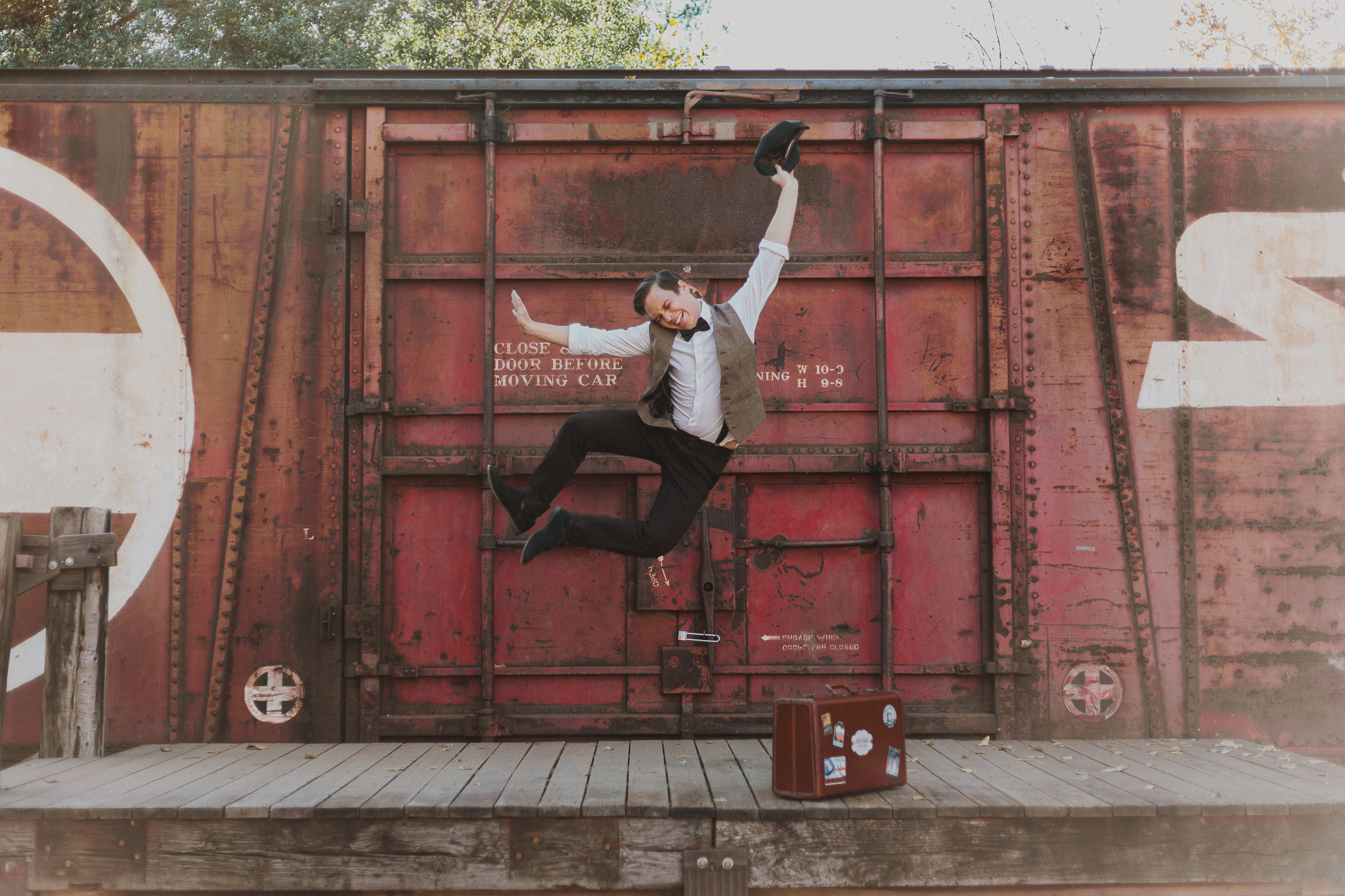