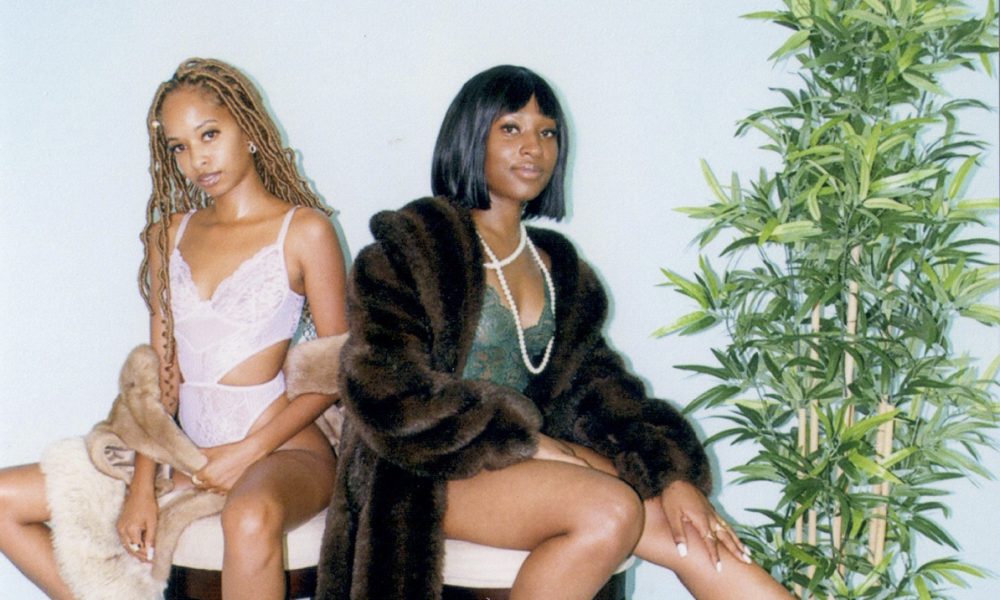 Today we’d like to introduce you to Tyler Scott and Kamara McDaniel.

So, before we jump into specific questions about the business, why don’t you give us some details about you and your story.
The idea of Eargazmic Media came to me while I was still in college at Cal State East Bay in 2014. The initial idea came about after I went to Nipsey’s Crenshaw Tour in Sacramento, it was the opening night of the tour. I was super excited and dragged my bestfriend along with me. Sac is about 2 hours from Hayward and I wanted to be in the front so I made sure we got there early. We got there way too early and thanks to Siri giving us some weird directions we found ourselves backstage. I was soo nervous and scared that we were going to get cussed out lol. Nipsey was rehearsing “That’s What Hoes Do” and my bff & I are in his dressing room spazzing. She talked me out of running back outside and we somehow blended in with the few people that were backstage. I ended up talking to an artist that was opening for Nipsey and I also talked to J Stone. J had just got out of jail and this was his first tour, I was really amazed at both of their stories. Nipsey finished rehearsing and we exchanged hello’s.

After the concert, I started thinking about how these stories needed to be captured and heard. I had recently switched my major over from Nursing to Communications, I was trying to figure out what the hell I was doing. That night stayed in my head for a while and I probably listened to way to much Kanye and Nip. I decided that I was going to drop out (didn’t tell my family) and move back home to pursue this crazy idea of starting a music blog. I moved back home September 2014 and the very first Eargazmic blog was birthed, I originally wrote articles about friends that were pursuing music careers and album reviews.

Then I started working on a podcast, Eargazmic was kind of put on hold just a bit. Then after about a year, I got into a deep depressed episode, I thought everything was going to go as I mapped out. When it didn’t I felt like a failure, my family found out I wasn’t graduating, and I stopped working on the podcast and even Eargazmic. Eargazmic was idle for about a year…then one day I was crying listening to some Kanye. I looked at my journals and notes that I had written out for Eargazmic and grabbed myself up by my own bootstrap. I started to learn how to create your own website, I brought a domain (the original Eargazmic was on WordPress), and I went to work. But this time I didn’t want to do articles, I wanted to be in front of a camera. But I was not in position to pay someone every week to be my camera person and I also wanted someone who would understand my ideas. I did not want to ask just anyone, one day I was on IG and I seen that Kamara had just posted some pictures that she had shot.

Kamara and I have been knowing each other for about 20 years or so, we grew up in the same church. Central Baptist Church. I seen those pictures and it clicked, Kamara would be the camera woman. We were out at a party and I asked her if she would like to be my camerawoman. The rest was history. We filmed our first episode featuring Written Wrose on September 15th, 2017 in my father’s living room. We eventually moved to Montieth Park, which was a very quiet secluded park in View Park not too far from my house. We would ask creatives, artists, etc. to come out to the park so we could interview them. We actually got great feedback and a lot of support. After filming at the park for a year, we found a studio in Culver City, which is where we currently film. Kamara now joins me in front of the camera when we do interviews. We also now host a video countdown show called On The Scene, as well.

Overall, has it been relatively smooth? If not, what were some of the struggles along the way?
It definitely was not a smooth road at all, when I first started Eargazmic Media it was just me. I thought I had to be a one woman show, I felt like I didn’t have this big budget so I had to limit myself. Which is truly not the case, especially in this day and age, we have the ability to do so much. But when I first started, I had just dropped out and was literally keeping it a secret. I did battle depression and almost allowed it to make me quit Eargazmic altogether. But once I started pulling myself out of that dark place and started looking at what I did have. I realized that I didn’t have to everything on my own and everything I needed was right in my face. As I stated before Kamara and I have known each other for 20 years or so. Never would I have thought we would have gone into business together but I am grateful I did. I was worried about where we would film, how much did a studio cost, and all that. I was not in secure place financially to fund any of this at all.

But I always passed by Montieth Park and one day was like this where we will film until we find a place. We filmed outside for about a year, we had to find the right mics so our sound quality wouldn’t be trash. It took us a minute but we got it together. Some days we couldn’t film due to weather, some days we were freezing trying to film. But we did it and now we have a lovely studio. We had to build our following ourselves as well. That is so scary because you are nervous and anxious about how your audience and peers will receive it. How will we get people to come onto our show and we did have a few people stand us up. But we have been doing this for two years and have been blessed to share a lot of stories.

Eargazmic Media – what should we know? What do you do best? What sets you apart from the competition?
Eargazmic Media is a platform that highlights upcoming artists, entrepreneurs, and creatives. I would say from the Los Angeles area but we have interviewed people from as far as Miami. As stated before, we interviewing people for two years now, sharing their stories, and promoting their various projects. We like to interview the up and coming creatives because there is not a lot of platforms that are highlighting their stories. I think that is what sets us apart from the others, we highlight very talented people with amazing stories. We also make sure we do our homework before we sit down with someone, which allows a more intimate feel. It lets the guest know that you actually took the time out to view and take in their work. I love the feedback that we get from the guest once an interview is over, they love the relaxed vibe.

What has been the proudest moment of your career so far?
I can’t quite say that I have had one yet, I will say that I am proud of our growth within the last two years. It is truly motivating for me because at one point, I was going to give up and shelf everything. However, I stayed down and now I can watch my seeds grow. But definitely working on more achievements and busting down more doors. 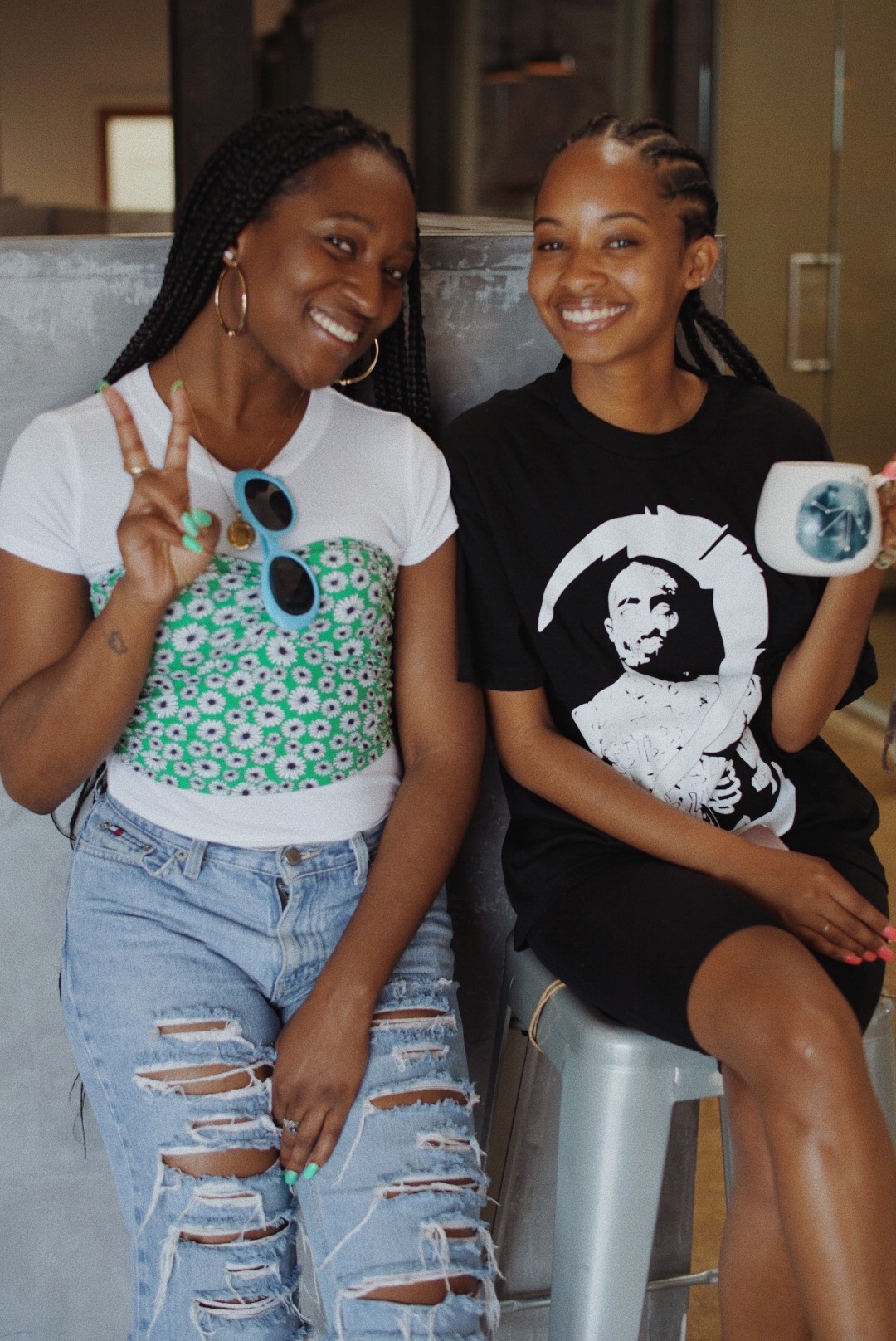 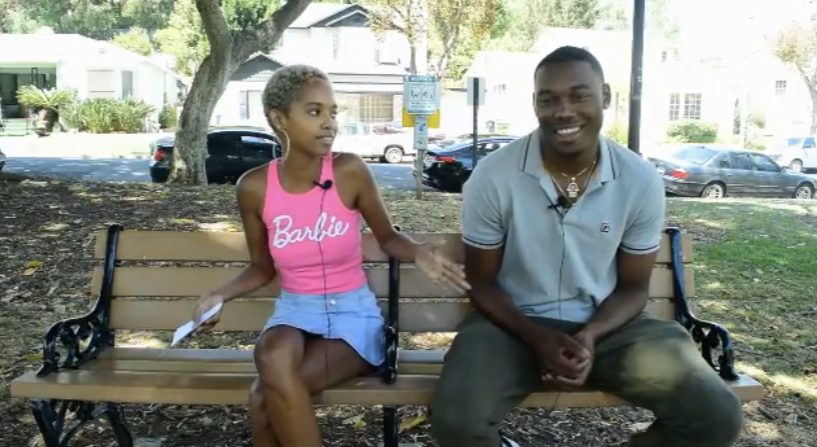 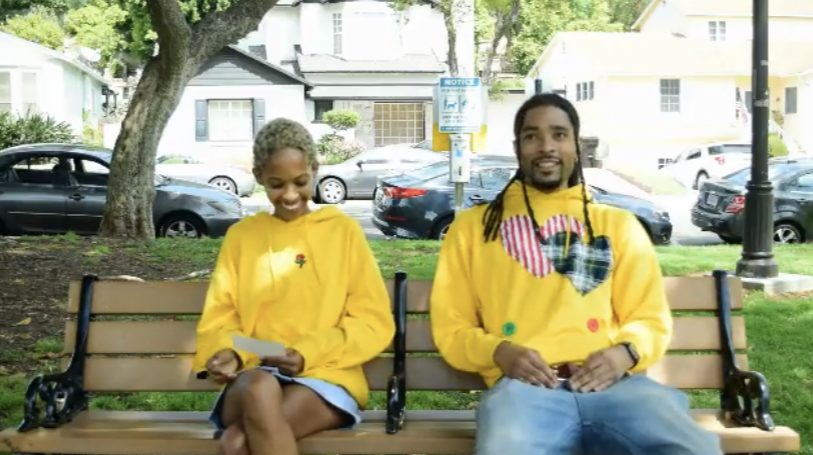 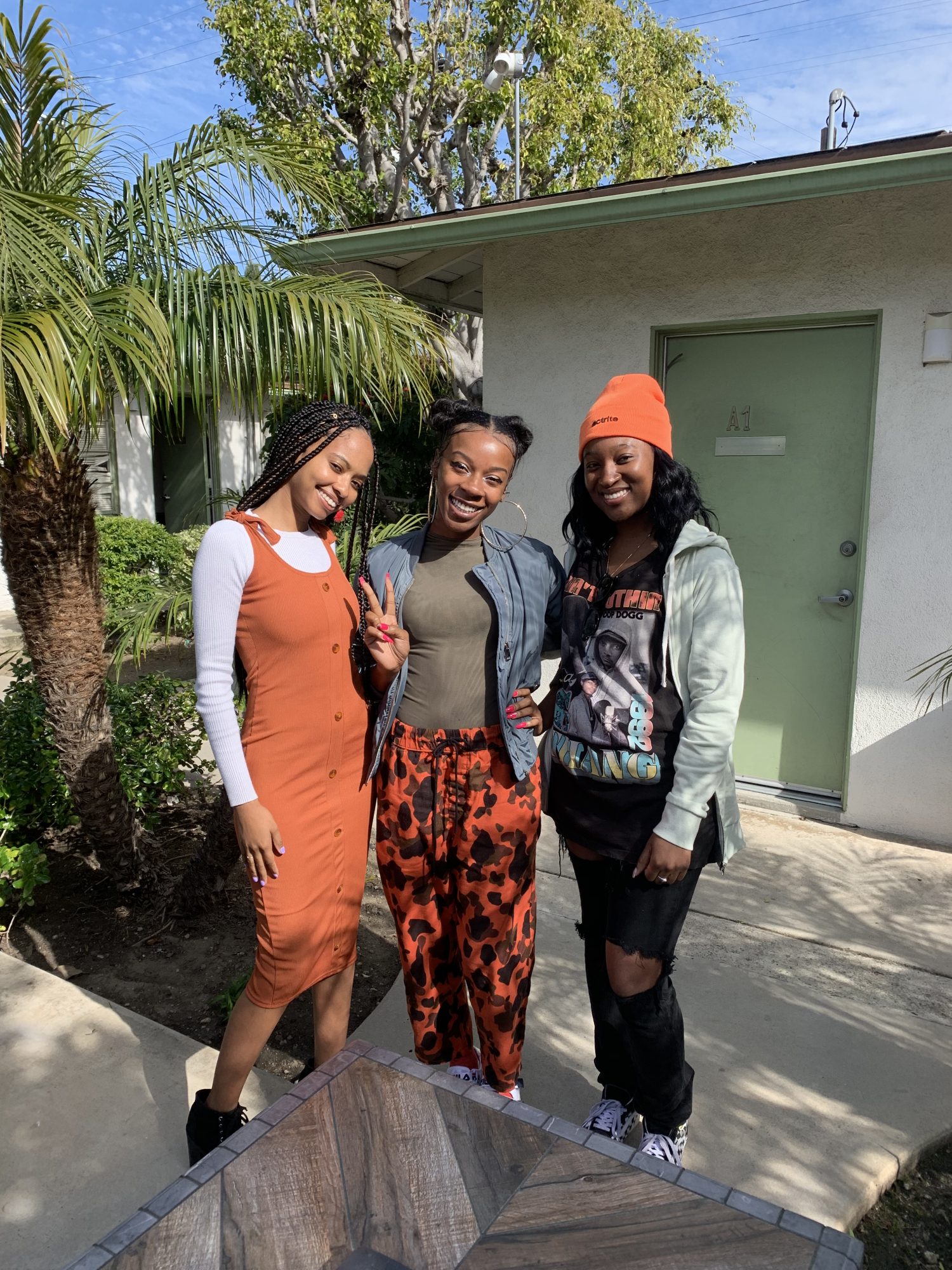 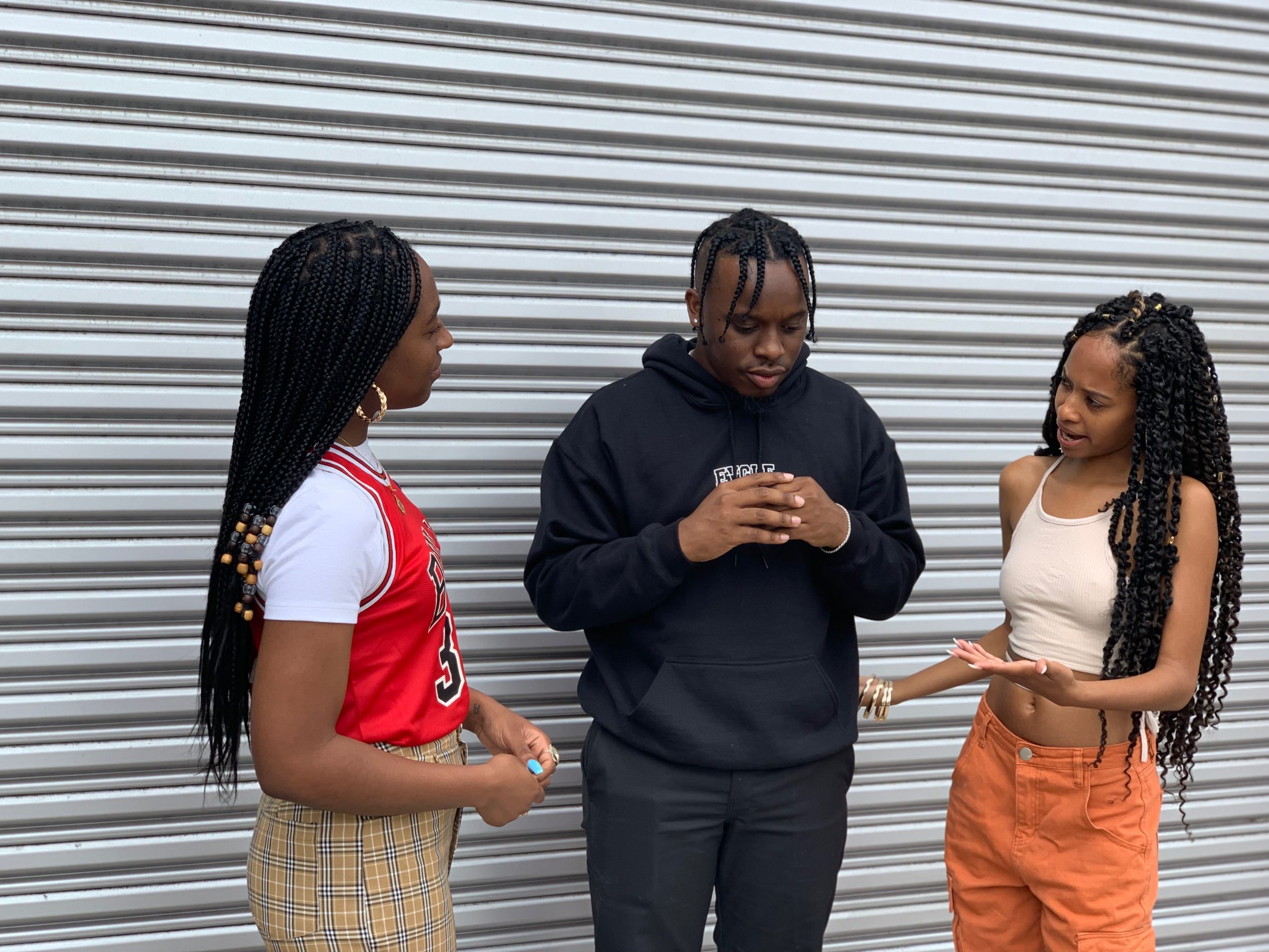 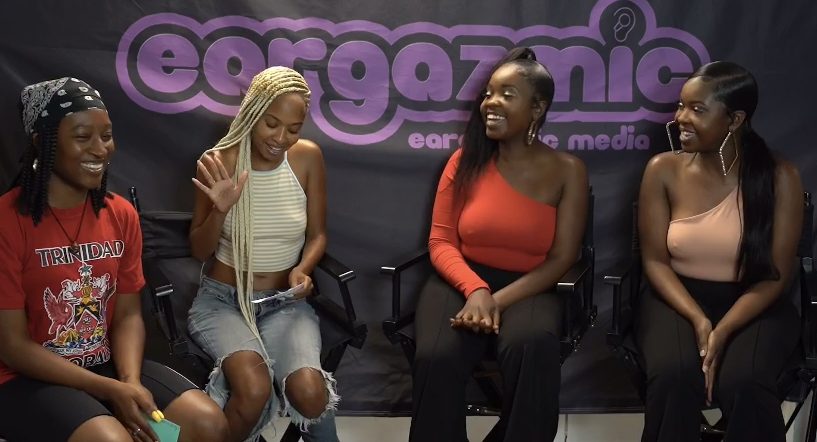