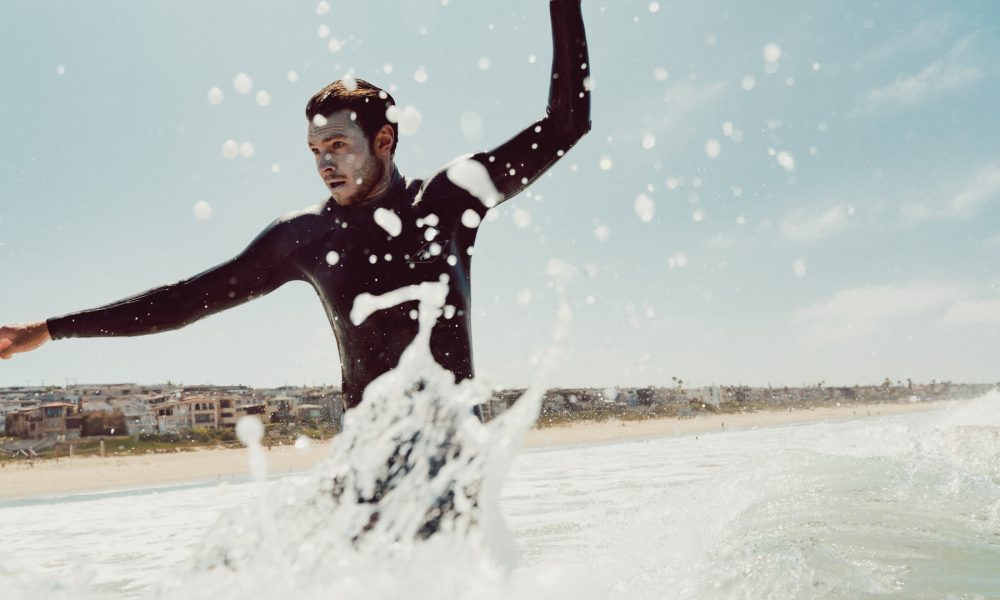 Today we’d like to introduce you to Tyler Critelli.

Tyler, let’s start with your story. We’d love to hear how you got started and how the journey has been so far.
My infatuation with cinnamon started young – eating grandma’s sticky buns while watching cartoons, sneaking Cinnamon Toast Crunch at friends’ houses because I wasn’t allowed to eat sugar cereal, thinking the churros at Disneyland were more iconic than Mickey Mouse, pairing post-surf breakfast burritos with huge cups of horchata – I mean, you realize you have a full-blown addiction when friends you haven’t seen in years text you photos of anything cinnamon-related to keep in touch. SIN-MIN (pronounced cinnamon) began in late 2014 in the form of slacks. Yep – cigarette-cut slim slacks with a bit of stretch called “SIN-MIN Sticks”. I had the fabric sourced, the patterns and grades made, the sewing machines at the ready, and I needed to get the word out. Something like a business card – small and pocketable – but wouldn’t get tossed in the trash or lost in a stack of other dreams’ contact info. I was at my longtime job teaching tap and hip-hop dance classes and a student gave me a lemon lip balm she made in a crafts class and boom – my not-business card idea manifested. A lip balm was something I could make myself, was cheap enough to give away to get the word out about the slacks, and I knew exactly what sweet cinnamon flavor would really stand out, capture the essence of Southern California, and lend itself to a creamy lip balm application – horchata.

After a few weeks of passing samples out to friends and some local shops, I received a call from a women’s boutique in Burbank asking if they could stock the lip balms. “I’ll just send you a box of the lip balms – it’s just to get the word out about the slacks,” I told the owner. “Well, we don’t carry men’s pants,” she said, “but we do want to carry your lip balm.” And just like that, SIN-MIN pivoted to a cinnamon-infused skincare line, and in a blink, I saw the future of the company in my mind’s eye.

The past five years have been filled with a wide range of learning experiences. From organic chemistry (which I was miserable at in school), basic coding, web design, marketing, packaging, ingredient sourcing, networking…literally everything you have to do, not only to build a company but hand-make everything the company sells, I’ve had to learn. Most of the products I currently sell are made and packaged by myself, or at a nearby facility where I’ve been lucky enough to work closely with the lab on products I’ve formulated. For all things SIN-MIN, everything starts with cinnamon and how it can benefit skin health and longevity through each specific product. In addition to its signature scent and flavor, cinnamon’s oils are highly antiviral, antifungal, and antibacterial, and increase blood flow to areas where applied. This can be felt as a slight tingle, a warming sensation, and can have a natural plumping effect like in our Churro Lip Scrub. It is my hope in the next few years to expand throughout multiple sectors and become synonymous with cinnamon itself.

We’re always bombarded by how great it is to pursue your passion, etc – but we’ve spoken with enough people to know that it’s not always easy. Overall, would you say things have been easy for you?
Absolutely not. I have yet to hear a story of a company without consistent hiccups along the way. The biggest hurdle I’ve faced has been working with manufacturers. When it comes to products I’m a perfectionist to a fault, and because I make all of them at their start, I won’t settle for anything subpar. The lip balm, for example, has been through almost ten different manufacturers and not even to the point of production, just R&D. That’s a lot of time and money spent on getting the product to a place it can be produced at scale and I’ve only now just found a manufacturer that I’m super happy with. I’m not sure they feel the same way as I’m always looking over everyone’s shoulder and involved with every step, but I put too much time and effort into formulations to produce a product that’s not up to my standards.

So let’s switch gears a bit and go into the SIN-MIN story. Tell us more about the business.
SIN-MIN is best known for its use of cinnamon in its products. We get the best organic cinnamon we can get our hands on from fair trade farms in Sri Lanka and infuse everything from lip balms to candles to toothpicks, always staying on what we like to call the “sweeter side of cinnamon”. It’s much different than being a lifestyle brand or catering to a specific activity that draws a narrow demographic. We’re based on a spice – a flavor. This makes it much harder to market because all types of people love and relate to cinnamon from their own experiences, which differ vastly, but serves as a way to connect them with a throughline that makes sense. And, of course, not everyone likes cinnamon, which makes it much easier for them to know that they probably won’t enjoy any of our products. What keeps me really stoked on expanding the product line is when, after lots of trial and error, I pass a few out samples to friends who wouldn’t normally use that kind of product, and I hear back a few weeks later asking for more and that they won’t use anything else. I’m definitely proud knowing that I can make something that those I care about, and likewise those I’ve never met, can enjoy and benefit from in their daily lives.

Has luck played a meaningful role in your life and business?
Definitely the biggest role there could be. That’s not to say I haven’t had to scratch for every single dollar, but I’m most definitely blessed and lucky to have the life I do and the full support of my friends and family. From giving their time to work events for free to letting me crash on their couches for months at a time – I’m so lucky to have friends that believe in me enough to do that and even luckier to have a family that allowed me to take the time to transition from teaching dance to taking on SIN-MIN full time. But I think my biggest stroke of luck was when the owner of a boutique who stocked SIN-MIN was looking for a hip-hop teacher at the exact time that I began teaching in her area. She reached out having seen my name on a studio roster and thought it looked familiar. “Are you the same Tyler that does the Horchata Lip Balm?” That week in 2016 was actually the first time I stepped foot into her boutique, Tiki Girl, to give her a private hip hop lesson, even though she’d been carrying my balm since 2014. This September we’ll be getting married. If that’s not luck, I don’t know what is. 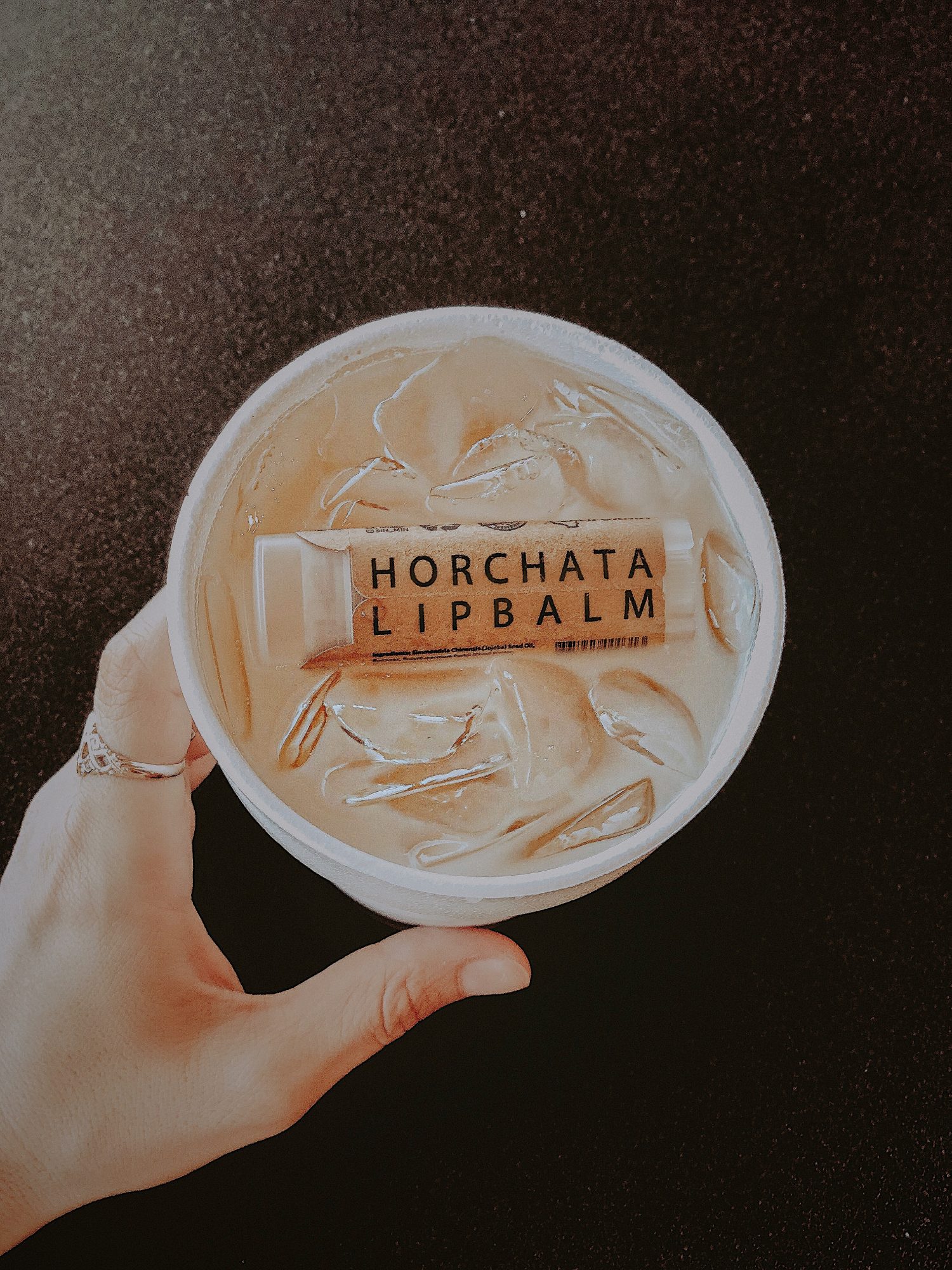 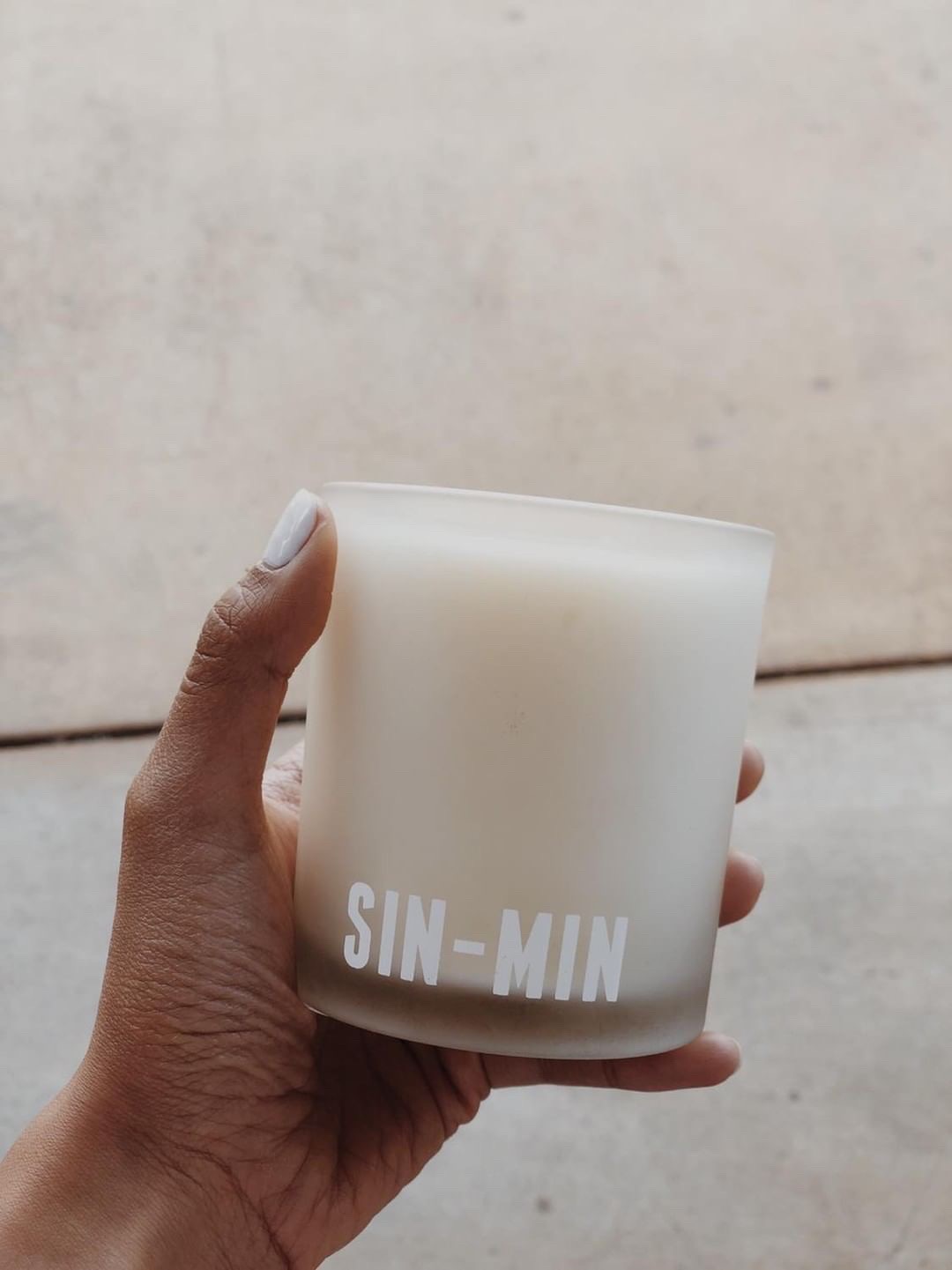 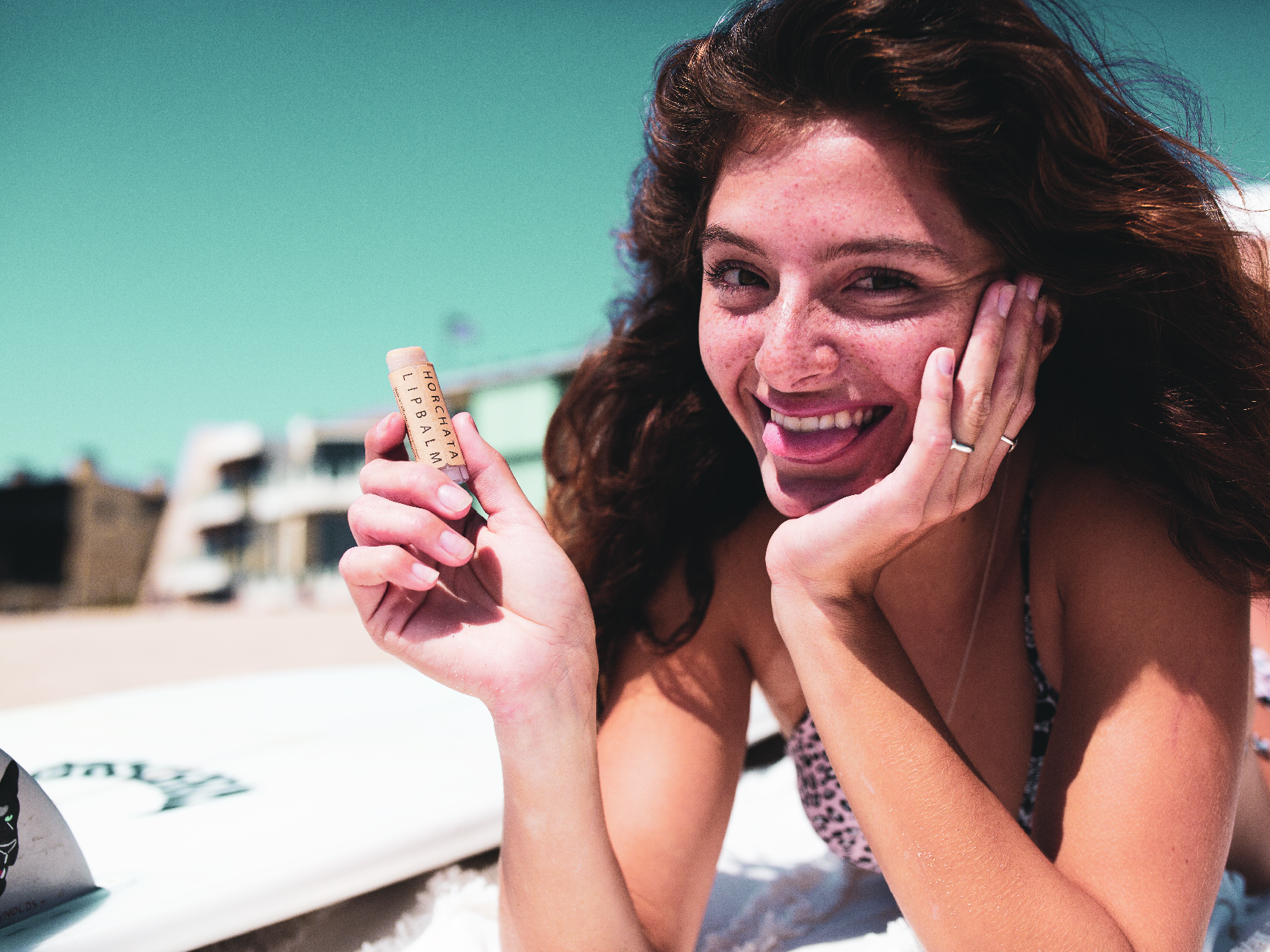 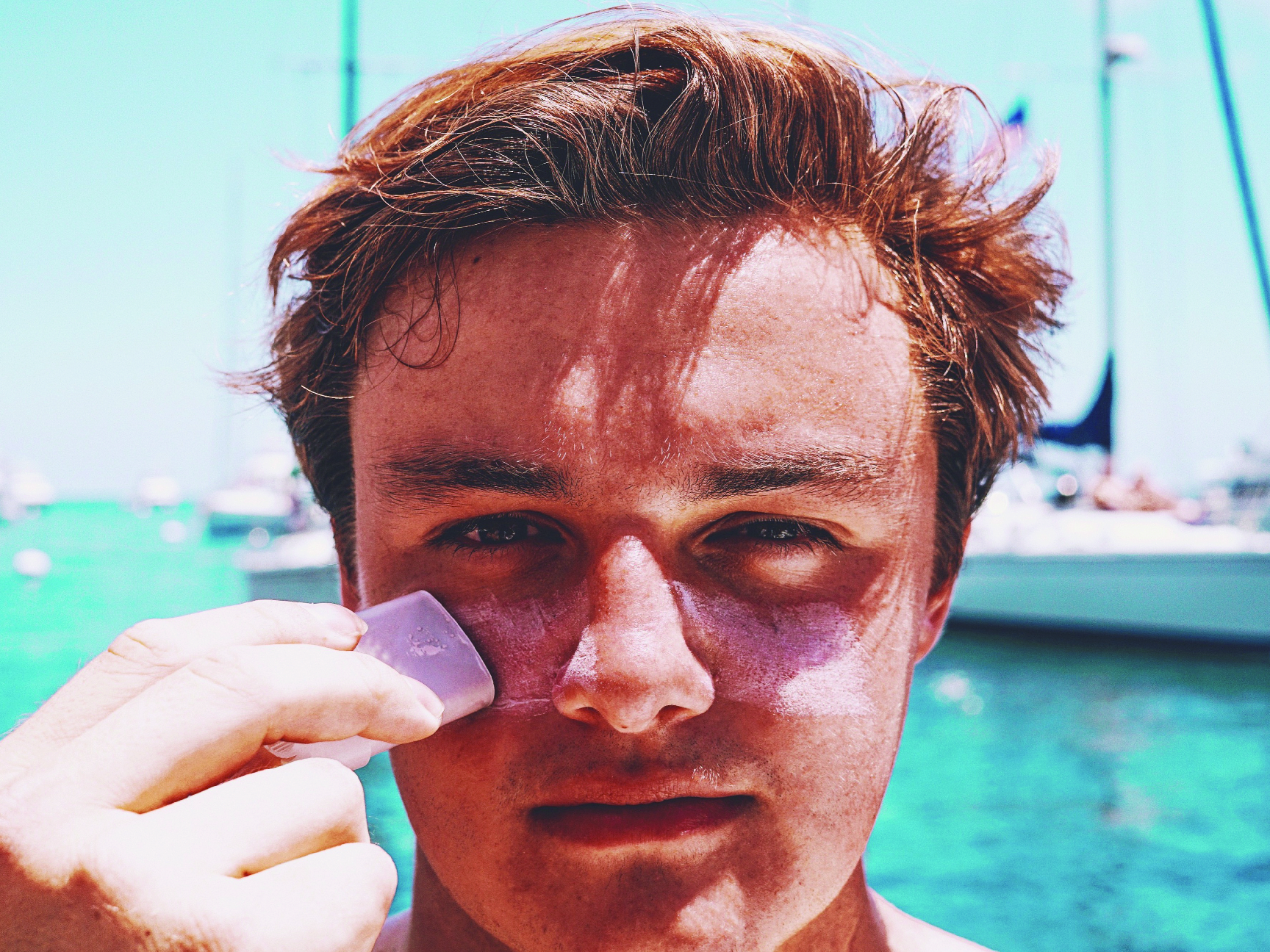 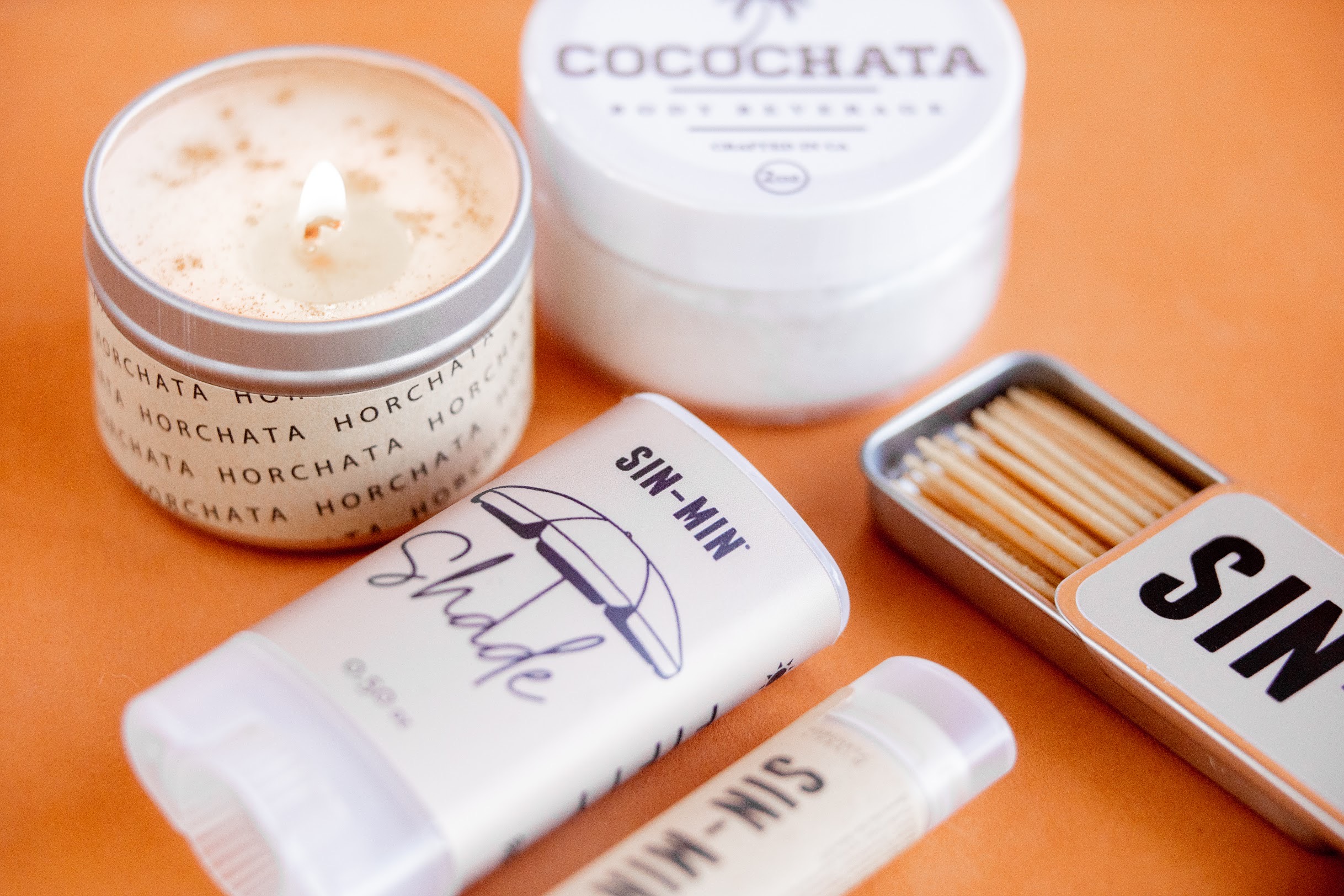 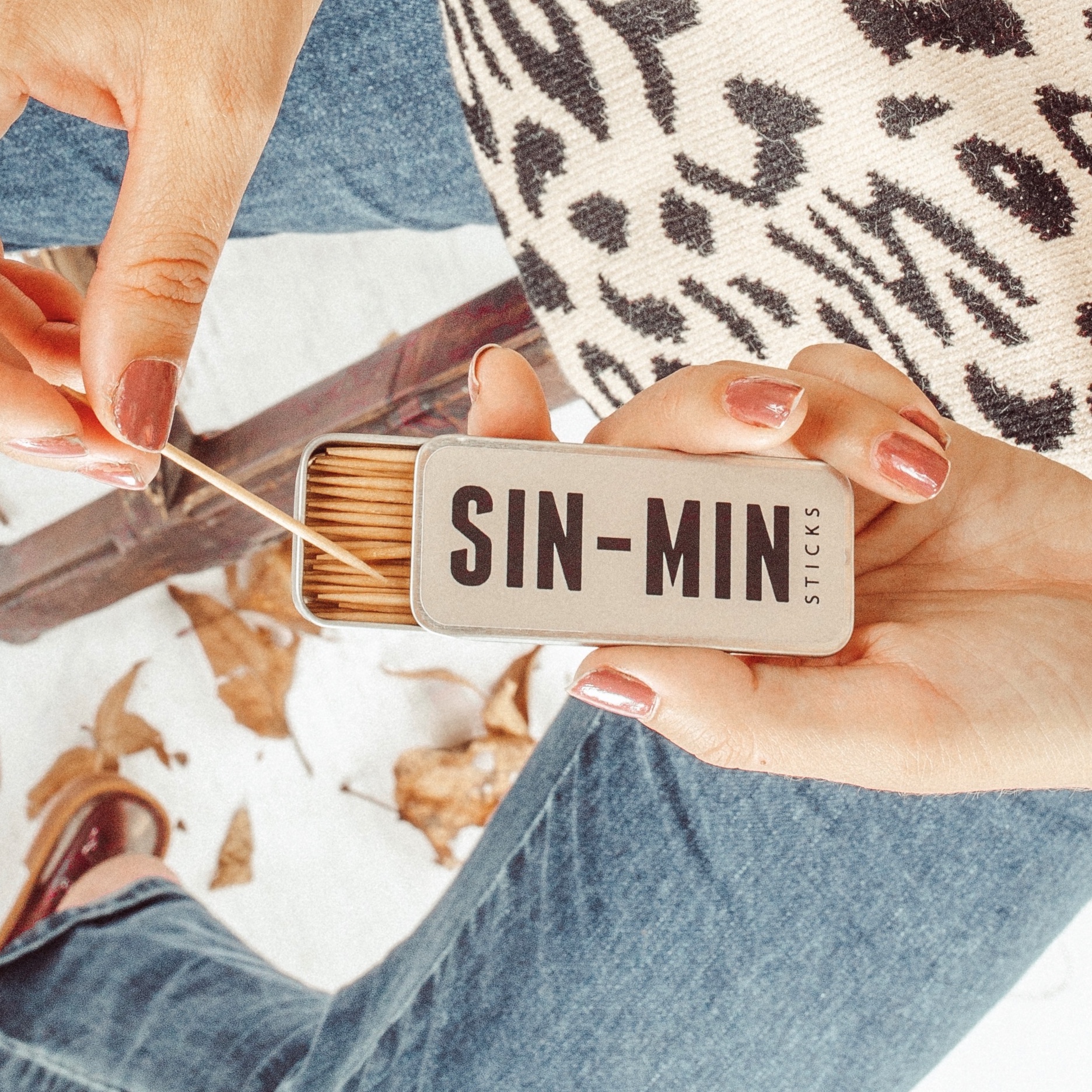 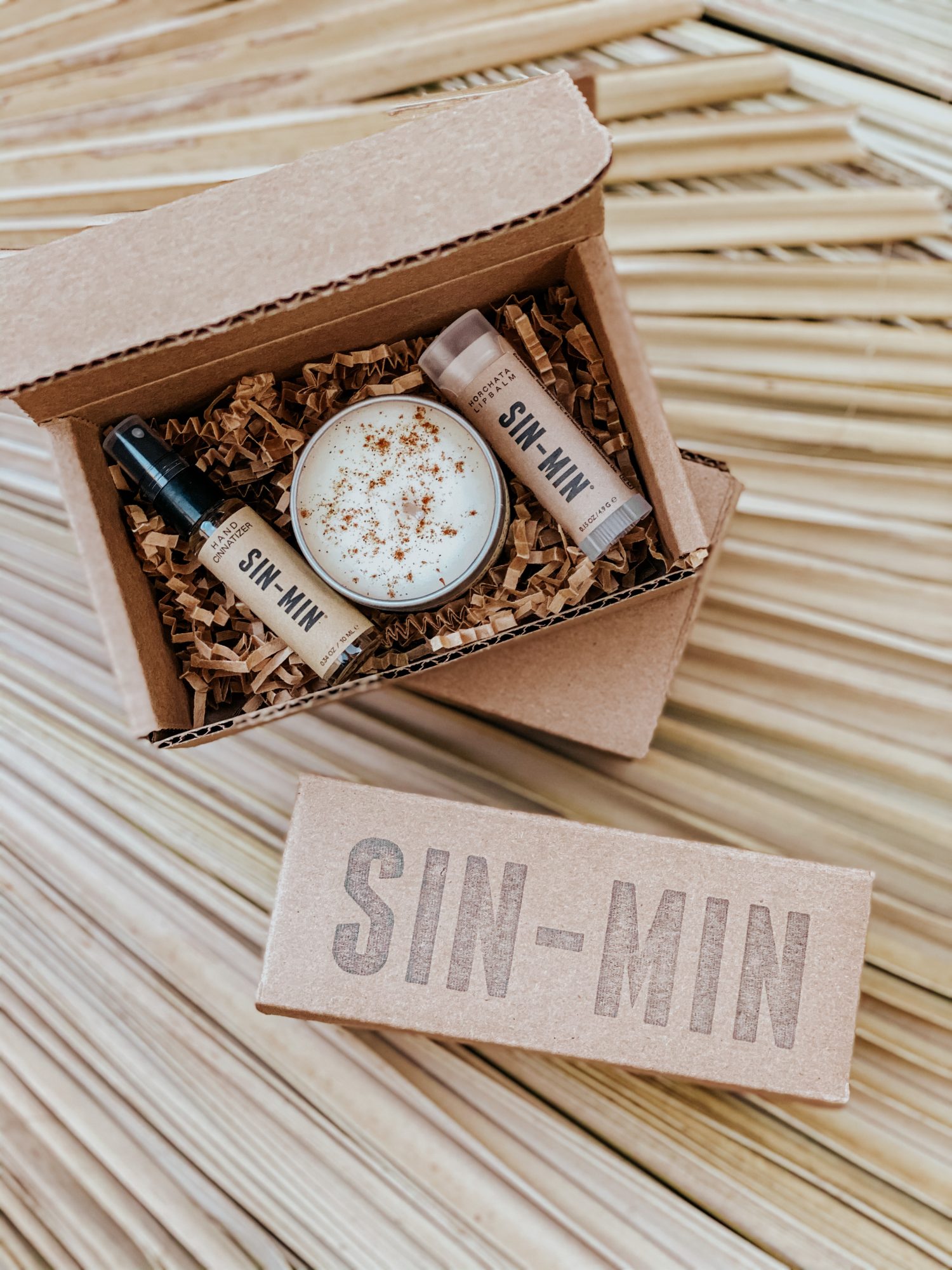 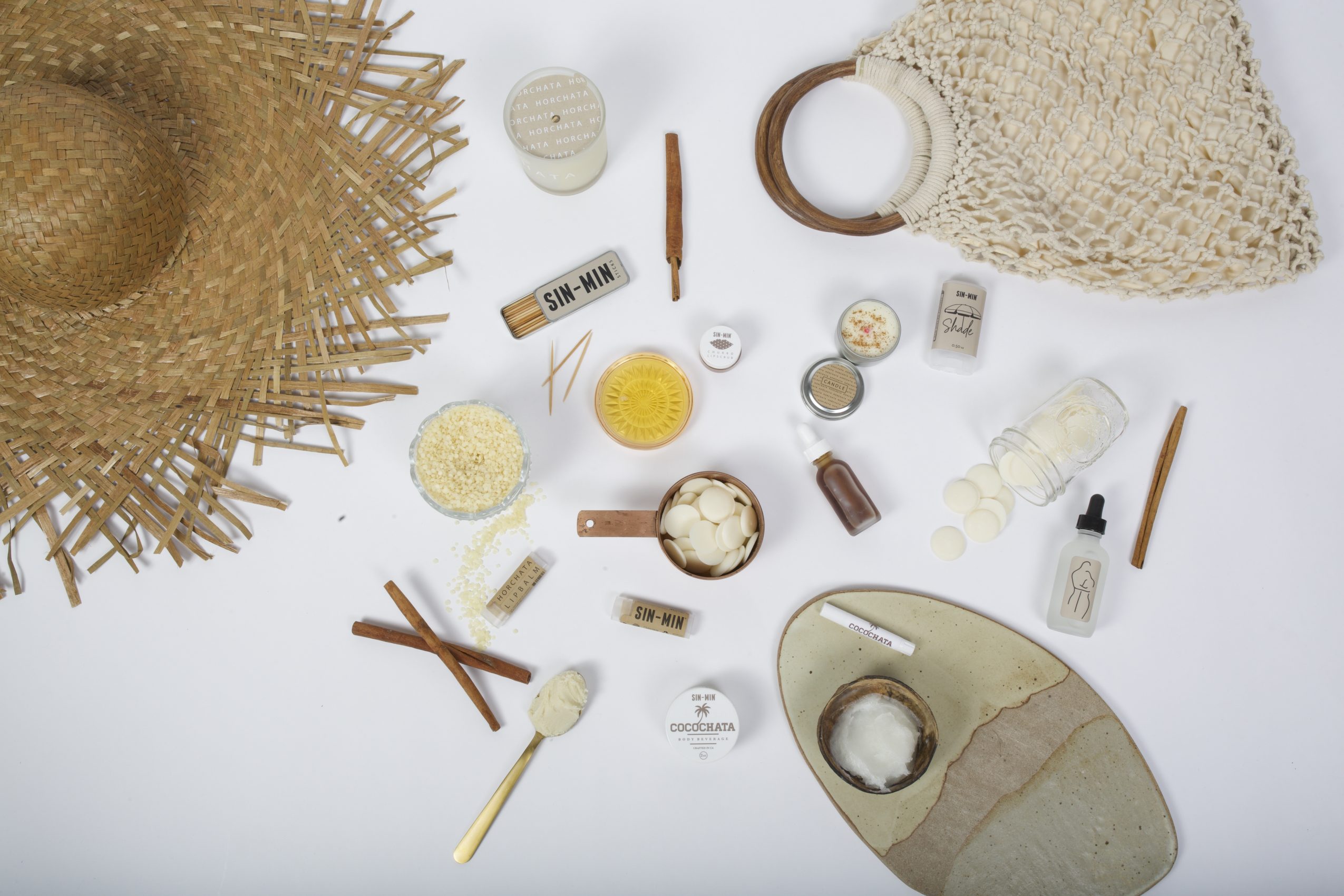