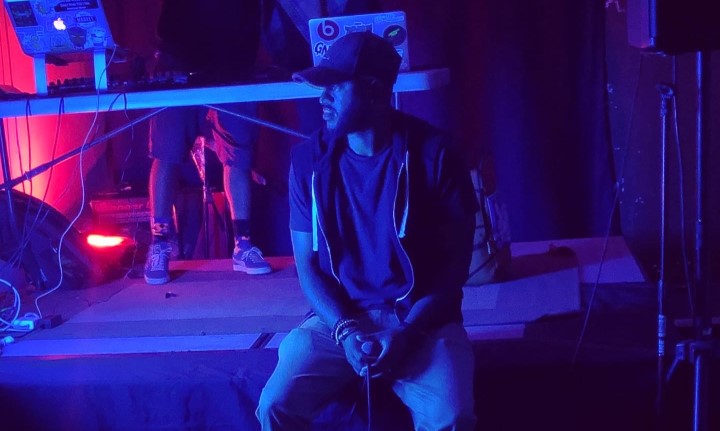 Today we’d like to introduce you to Tristan Knight.

Thanks for sharing your story with us Tristan. So, let’s start at the beginning and we can move on from there.
I grew up on the Westside of Detroit, MI. I got my start as a rapper back in the 8th grade back in the year 2000. I was 13 years old, so it was in the middle of what I like to call the golden age of rap. At least for me. I caught the bug by seeing one of my classmates constantly writing rhymes in his notebooks. I thought he was always doing his classwork earlier than everyone else, but he schooled me to what he was really doing and I became addicted shortly afterward. Shoutout to Ronald Roberts. Over my formative years as a teenager, specifically between the ages of 13 and 18, I teetered on the idea of me really wanting to take music serious, or take a different career path. By age 19 I chose to pursue music full time. I developed my skill of rapping by honestly listening to and studying all of the greats and simply trying to be as equally good as them. I got very great at rapping at that time, so I began to need a new challenge, and I eventually found that challenge in production.

So at age 20, after being mesmerized that Kanye West could make a beat as dope & different as he did with “Stronger”, I decided to try my hand at production. Rewind it back to two years previous to that, I befriended a guy by the name of A-Train that I had a mutual friend with while working at Target and begged him for two years to teach me how to make beats because I heard that that’s what he did. At first, he was reluctant but gave in and showed me the ropes. He’s one of my closest friends in life and I love and appreciate him for that. Over the next eight years, him and I, along with a small group of other close friends that are also producers, became a collective known as T.N.F.A.C and produced a plethora of music that would soon become my current catalogue of material. That was in between the years of 2008-2015. By the end of that year, my wife and I moved out here to L.A. to pursue our careers in music and film.

In 2016, I was involved in a car accident in Beverly Hills that caused me to be out of work for a period of time. In turn, I enrolled into SAE Los Angeles and learned how to become an audio engineer, furthering my production skills, teaching me the language of audio, the music business, and building my relationships with other artists, producers, and engineers. In 2017 I graduated and managed to acquire an internship with 1500 or Nothin. That internship lasted two years and allowed me to be in close quarters with the elite artists, A&R’s, and major players of the music business while working at The 1500 Sound Academy. That lasted until this past summer when I decided to break off and do my own thing musically. Now I’m independently working on my album along with other artists I’ve built relationships such as Queen Tonika, The Alias, Layna Lavish, and Sta-Lo while living & thriving in Los Angeles.

We’re always bombarded by how great it is to pursue your passion, etc – but we’ve spoken with enough people to know that it’s not always easy. Overall, would you say things have been easy for you?
It definitely hasn’t been a smooth road. There have been times when I wanted to give up and not do music at all. My love & passion for rapping and Hip Hop would never allow me to do that though, so I eventually would just give in and keep the show going. Growing up in Detroit is already one of the most toughest things to do when you have the odds stacked against you, but the music scene there will chew you up and spit you out if you don’t have tough skin. Trying to gain fans while not conforming to the normal sound everybody wants you to be apart of was a feat within itself. At the time, I wasn’t feeling the love and felt like I had hit a ceiling in Detroit, so I decided to move and try my hand out here.

The biggest challenge though is having a family and sacrificing certain things just to get the ball rolling. I have a wife and two small sons, ages 1 1/2 and 3, so I’m not able to just run the streets and explore the music scene like I could as a single young man in Detroit. On top of that, the cost of living is high here, so I have to be conscious of my spending. Do I spend a $1,000 on a music video that may not get that many plays in the first place, or do I pay my rent and have a place to live this month? Do I spend my money on studio time or do I put that money into groceries and amenities for my family? These are questions I have to ask myself everyday. Luckily for me, that accident I had, afforded me a nice settlement check and I was able to invest in my own recording equipment on top of what my school provided for me. All in all, I know God has put me through these things to make my spirit stronger, my skin thicker, and my message in the music more relatable. It’s all divine within itself, so I’m not trippin’.

We’d love to hear more about your work.
The name of my label is Geniusly Evolved Music aka G.E.M and it’s my own personal space to create and show others that if you invest in yourself the right way, great things will manifest and come to you. I decided to invest some of my settlement money in building my own website as well as paying for the LLC rights to my own label and publishing company. It’s my form of being not only independent but prepared. That way when the majors do catch wind of me and everything I represent, they’ll know that they’re not dealing with an amateur.

Right now, my focus is to just become better as an artist and producer and help facilitate others when I can. My drive as a creative and my thirst for knowledge simply sets me apart from everyone else. My biggest leap of faith was moving from one major city across the country to another, where no one knows me and creating a wave of my own no matter what adversity comes in my direction.

What were you like growing up?
I was always an imaginative and creative kid. Very active in sports and academics. I used to go to a math camp every Summer at Wayne State University back in Detroit. That helped propel me into further academics all throughout school and gave me an advantage over other kids. In high school, I took dual enrollment classes at a local community college, on top of my general studies, which helped me in the long run when I enrolled into different colleges in the future.

My original career path was to either be a paleontologist or an architect, but music just seemed more helpful in the grand scheme of things. I was raised by a great family who always traveled to different places and saw different things. In turn, that kept my mind open to the world around me and sparked my interest in a lot of unique things culturally, especially music. I’m an Aquarian, so my wife likes to call me a social butterfly. I like to think I’m a well-rounded eclectic person. That carries over into my music and musical tastes a lot. 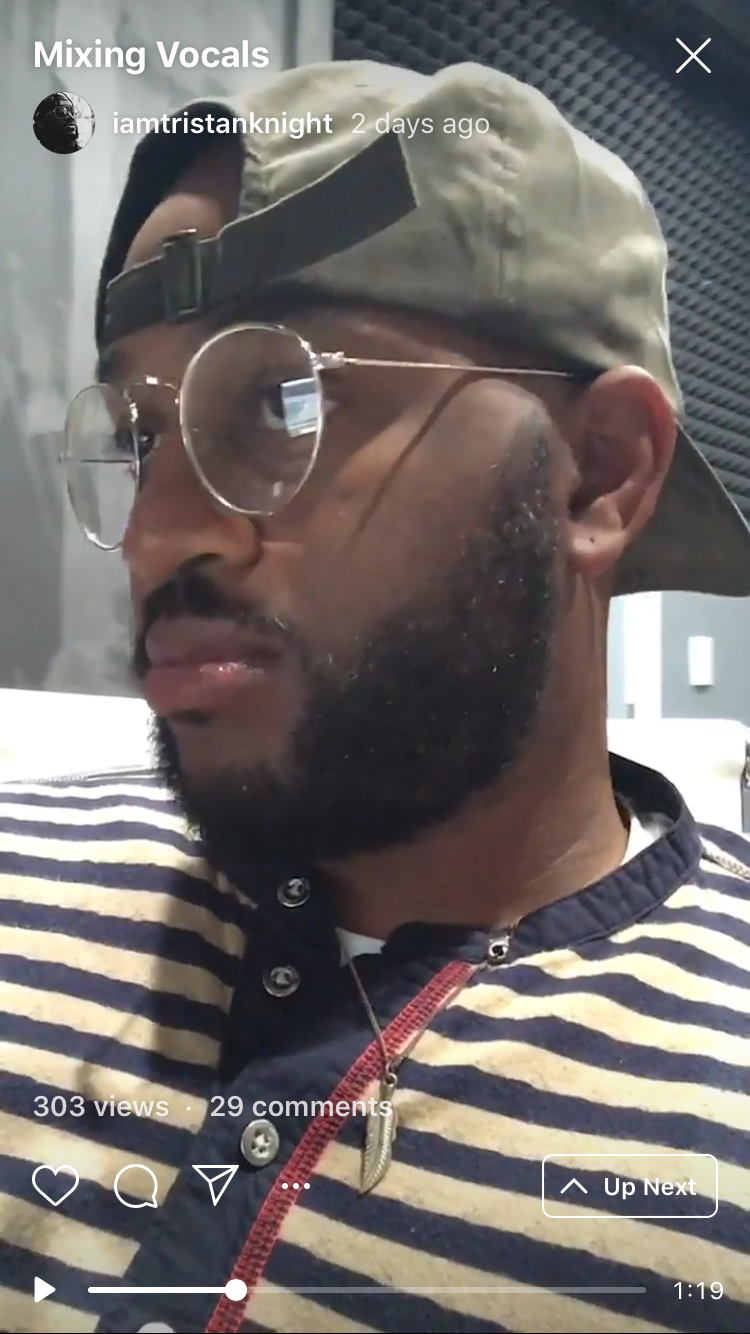 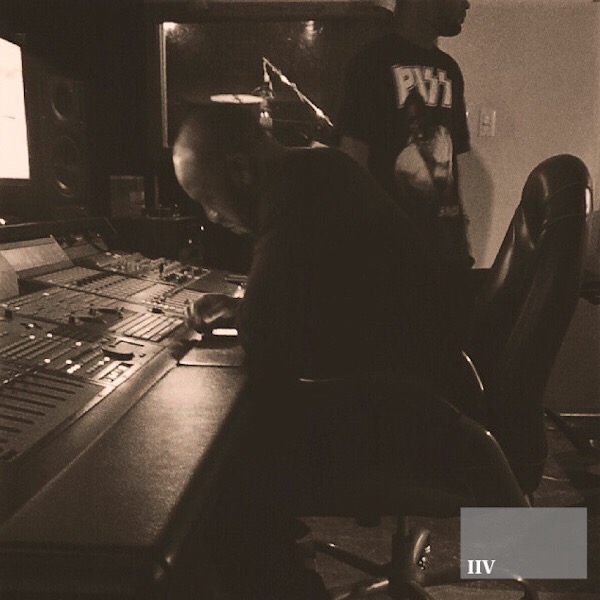 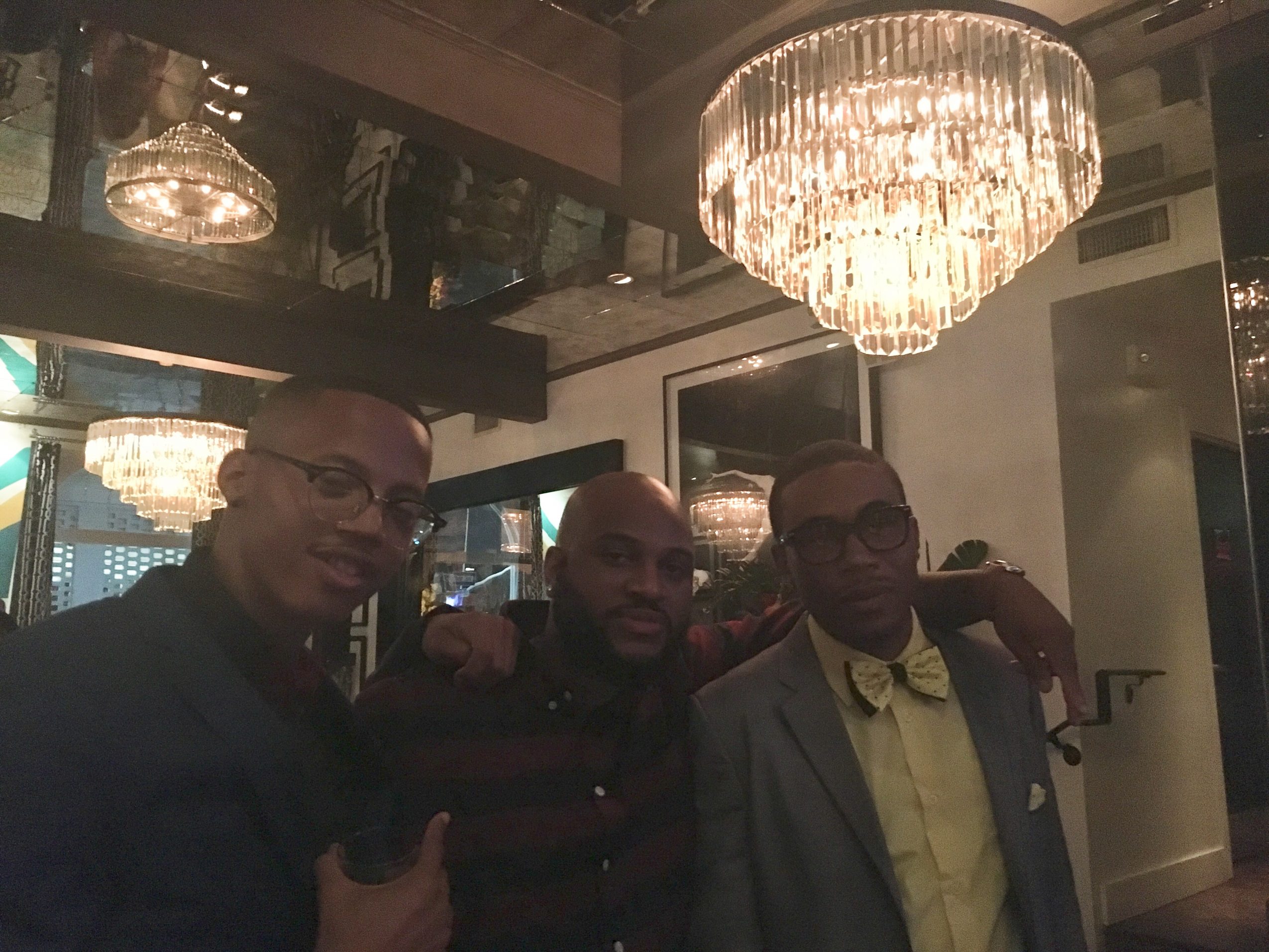 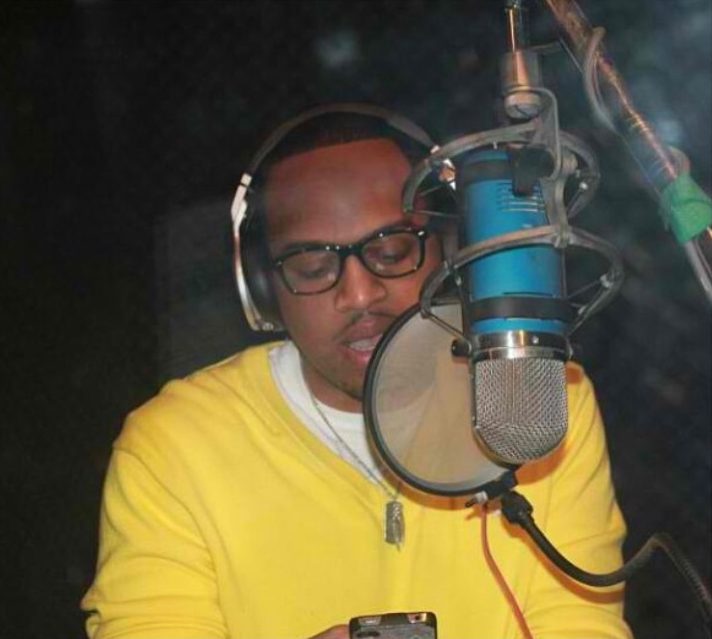 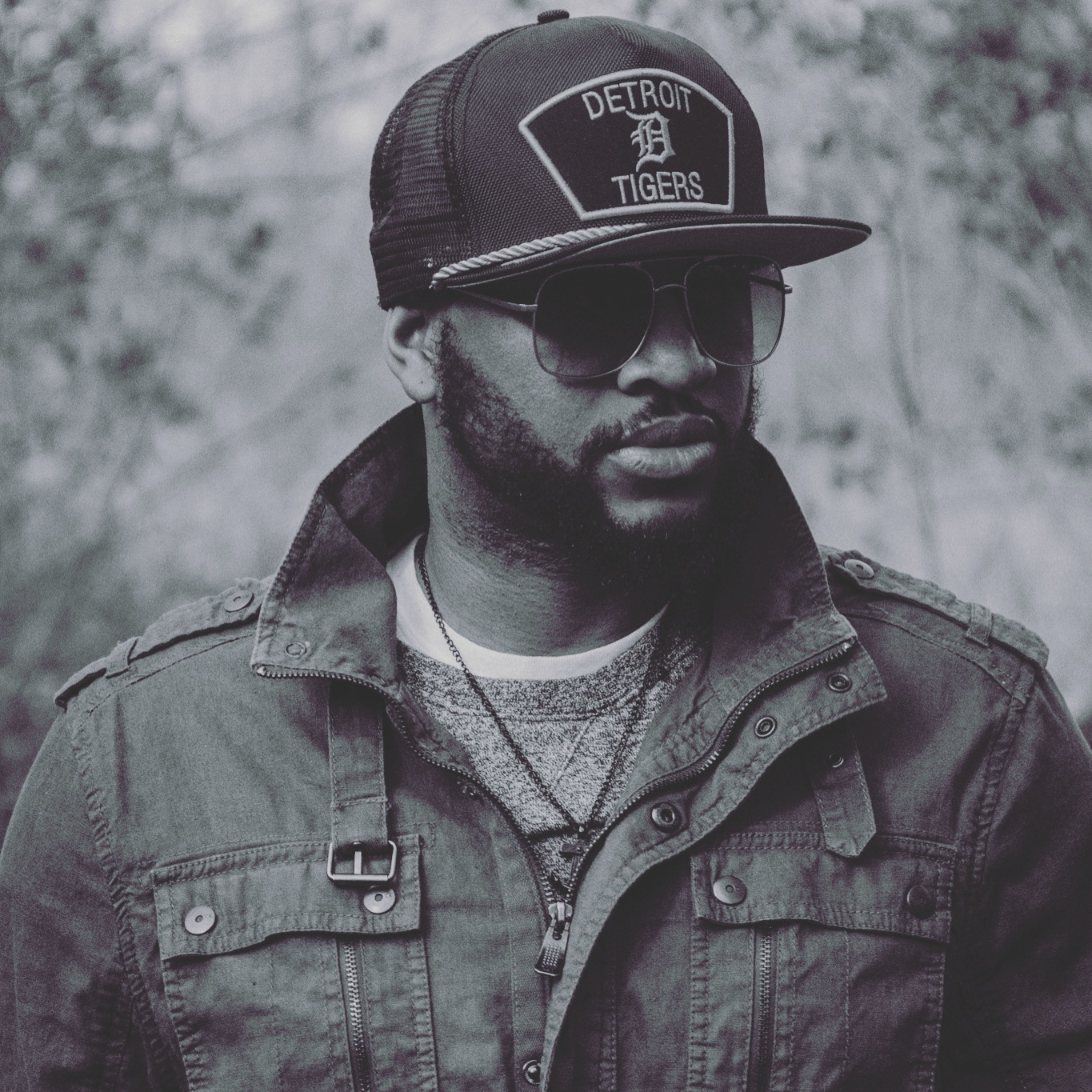 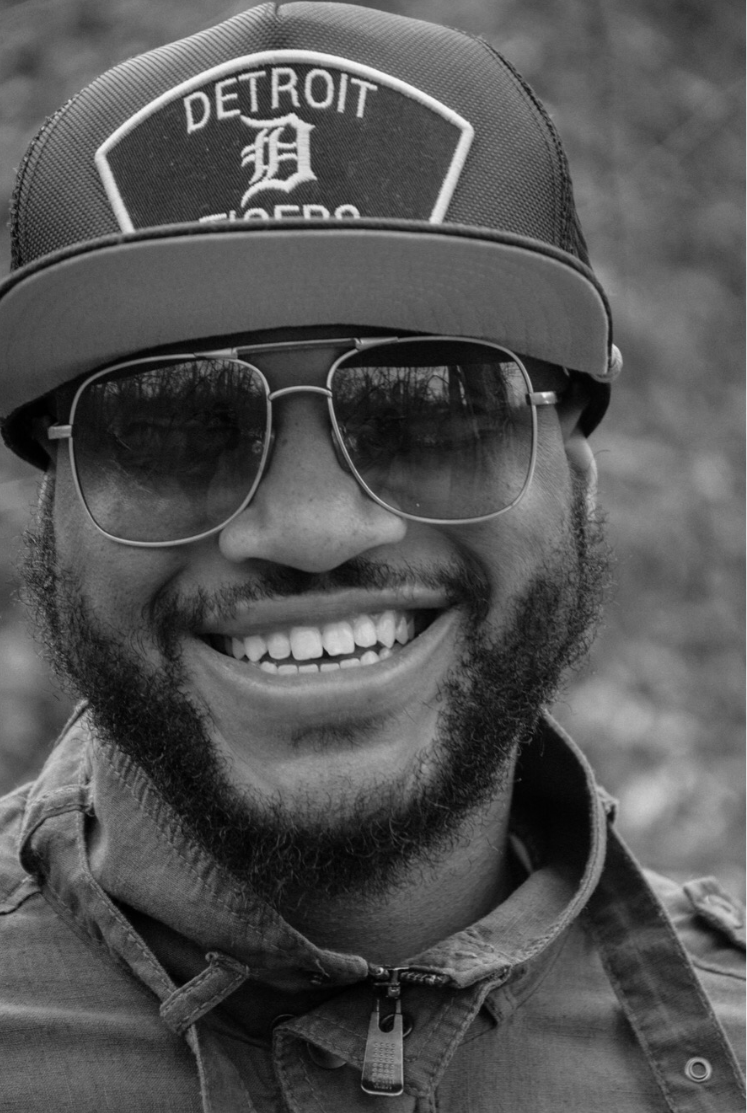