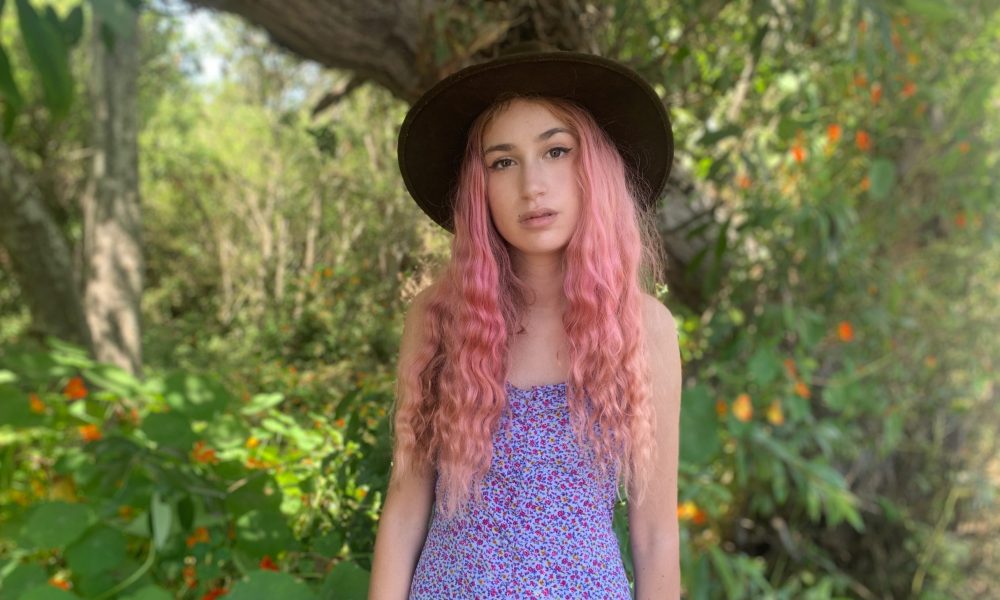 Today we’d like to introduce you to Trinity Rose.

Trinity, can you briefly walk us through your story – how you started and how you got to where you are today.
My parents realized my love for singing when I got up and sang, “Here Comes The Sun” at my piano recital when I was eight years old. I started taking lessons after that. It wasn’t until I was scouted while singing the National Anthem on July 4 in the Paiisades for NBC The Voice that I started singing and songwriting professionally. I won my first singing contest when I was 12 years old out of 7000 and made it out of 50,000 other artists to The Voice. I was blessed to hear Alicia Keys tell me my “voice was Unique & stunning”! Although I didn’t make it far on the show, I ended up going to Grammy Camp that summer and singing for the 25,000 participants of the LA Marathon twice as well as the Olympic trials and at a WNBA Game at Staples Center.

I’ve starred in some musical theatre productions in middle & high school and have done some acting here and there.

2019 was a big year for me with winning the International Songwriting Contest for my global unity song, “Love Is The Only River”. I brought 43 of my young friends of the best talent in Hollywood and beyond to sing on the recording. I met them all at events I started at my house called “Teen Music Jam” where young people could come and try out new songs in a safe live performance setting. That summer, I went to Berklee College of Music for a five weeks performance Program which was the top prize for the songwriting contest. I met so many great friends and wrote some pretty great songs there.

I also released a song last year with Netflix The Umbrella Academy star, Aidan Gallagher called “Miss You’ which reached over 1 million streams online in six months. My fan engagement has gone up a ton since releasing this song so I’m grateful for the collaboration.

My latest releases are “Coughing Up Flowers”, “Morning Text” & “I Can’t Breathe”. I’ll be releasing a new video for “Coughing Up Flowers“ in the fall for distribution with Manny Mijares of Hit Music Partners. I’ve also been working and recording with Heather Holley who discovered Christina Aguilera, “Morning Text” is a collab with X Factor alum, Steve Damar who I met at a radio interview in Watts. I was invited on the protest song “I Can’t Breathe” by my co-writer and friend, Cameron Nino who also attends Public school with me. We are both really proud of the collab and hope the song gets heard by many people out there needing something to express their emotion about the trauma happening in black people’s lives every day.

I’ll be attending Grammy Camp again July 14-18 which is exciting as it’s so hard to get in to. And alumni have been Billie Eilish & Maren Morris which is great company! This is the first time I’ll Be in the songwriting track. When I was 14, I was in the vocal track back in 2016. So I should have a bunch of new songs written soon!

Great, so let’s dig a little deeper into the story – has it been an easy path overall and if not, what were the challenges you’ve had to overcome?
I’ve moved around my entire life, living in five different states. I’ve encountered a lot of people in the industry who have not been very kind. Producers and friends have used me and hurt me, which feels awful when it happens when you’re a kid. I’ve lost many people along the way, but it’s helped me grow into the person I am today. I’ve been able to find a good team of support to trust with my career and life in general. I love my friends & family and so grateful for them.

Can you give our readers some background on your music?
I’m a singer/songwriter from LA. I sing at festivals and national anthems as well as local shows. I’m proud to be a person who can unify people through music. I’m also a member of SAG/ACTRA for acting.

Do you look back particularly fondly on any memories from childhood?
I remember singing a song I wrote over and over again to my grandpa on the phone. I would change the words every time I sang it to him. 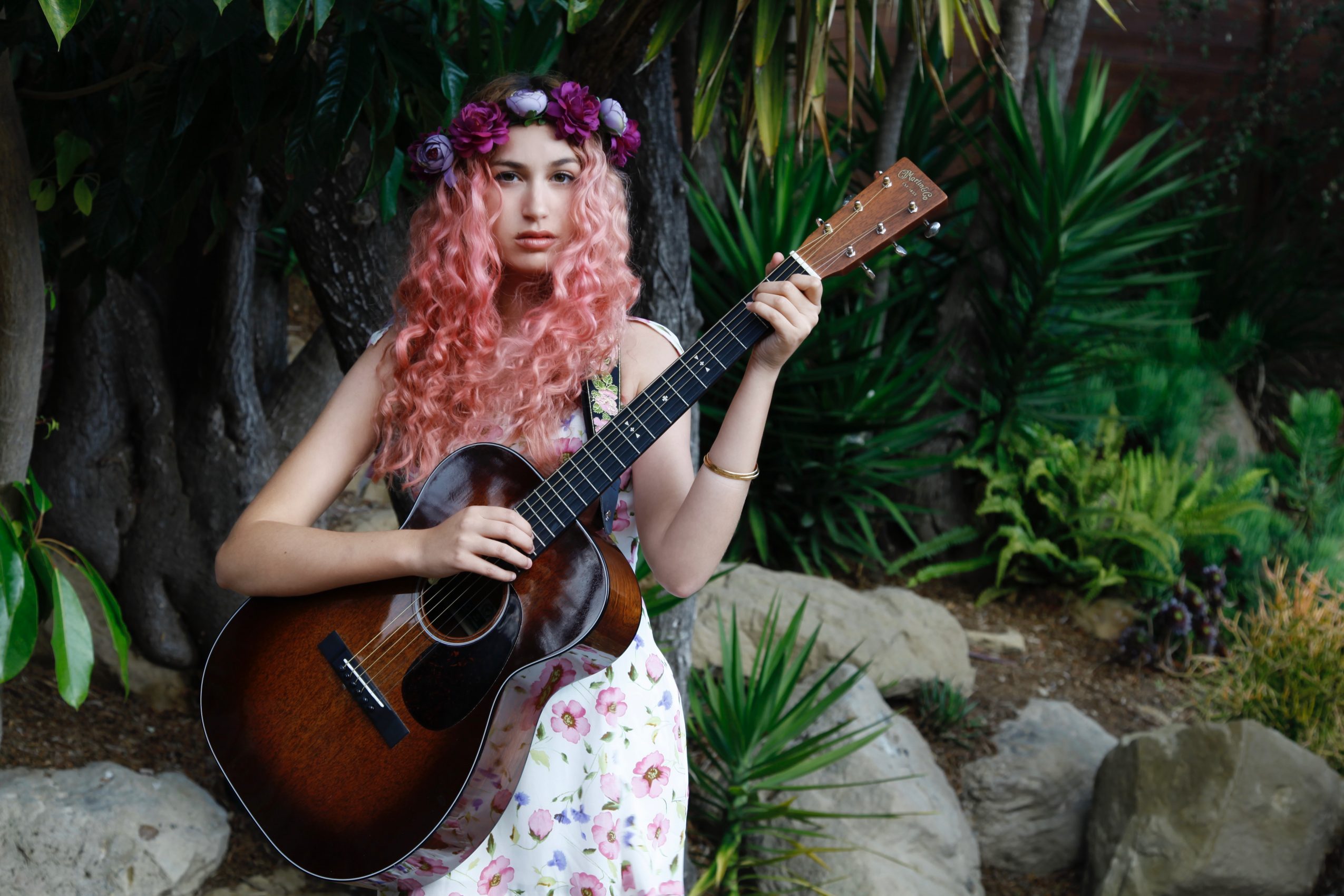 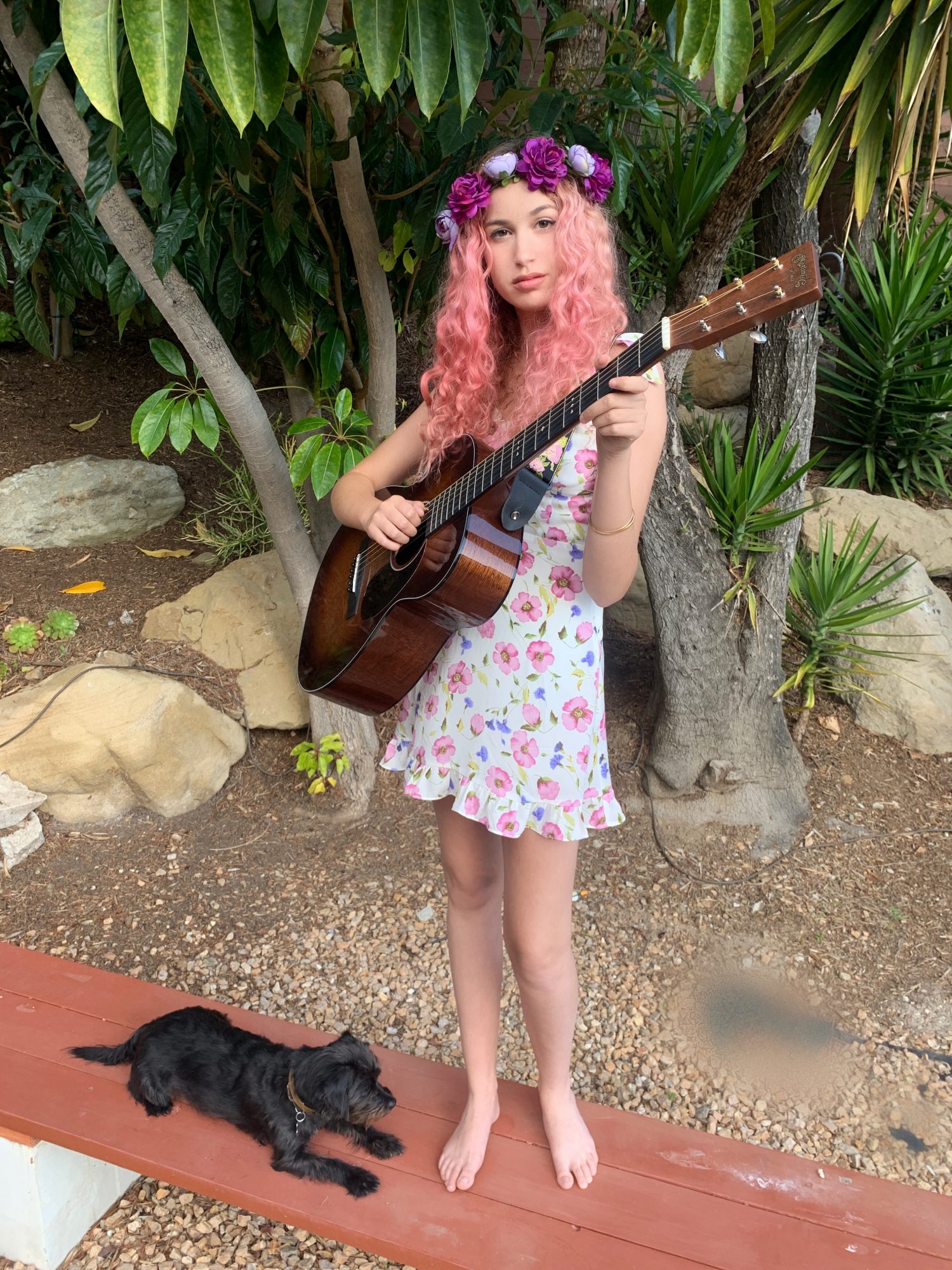 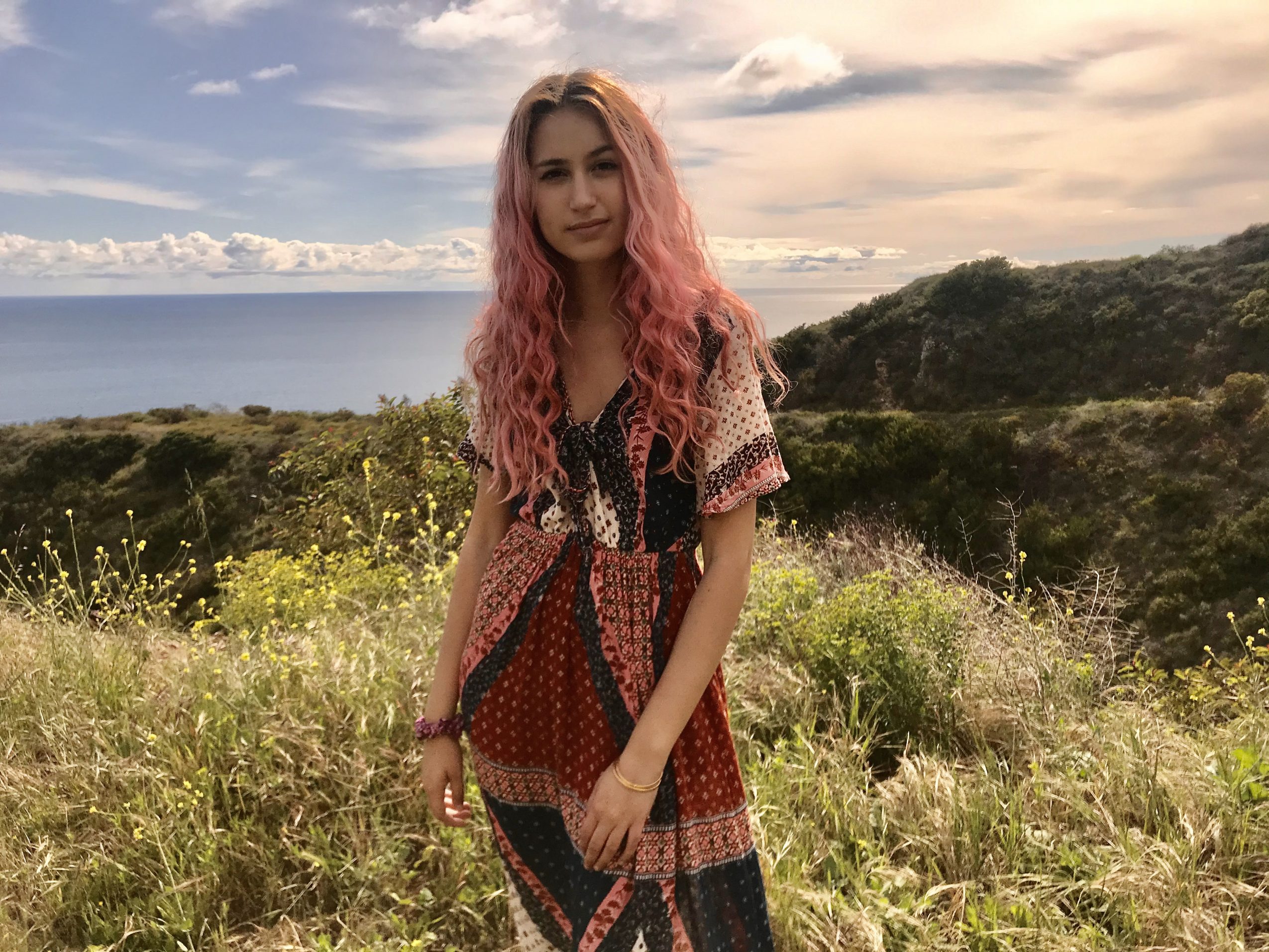 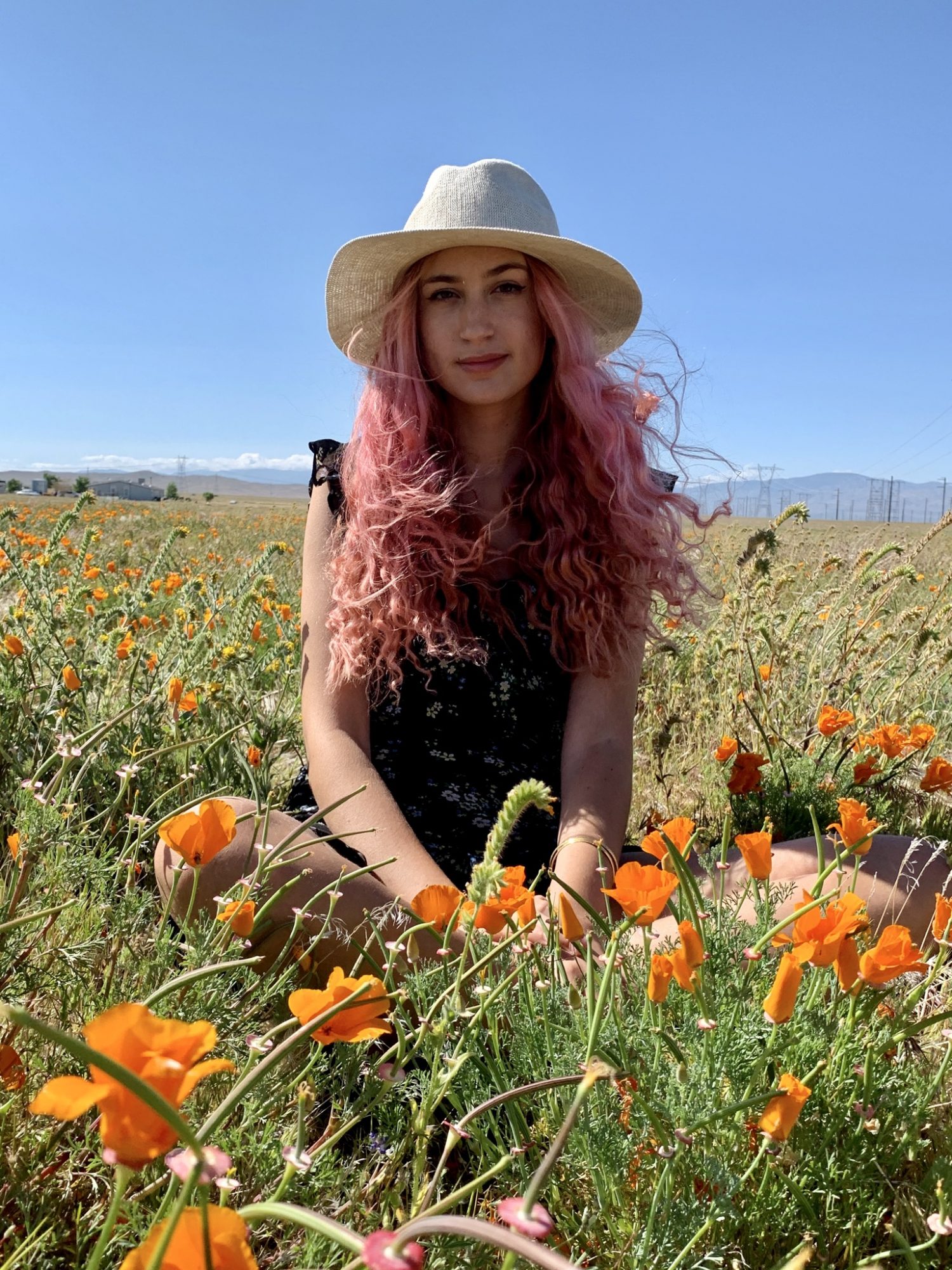 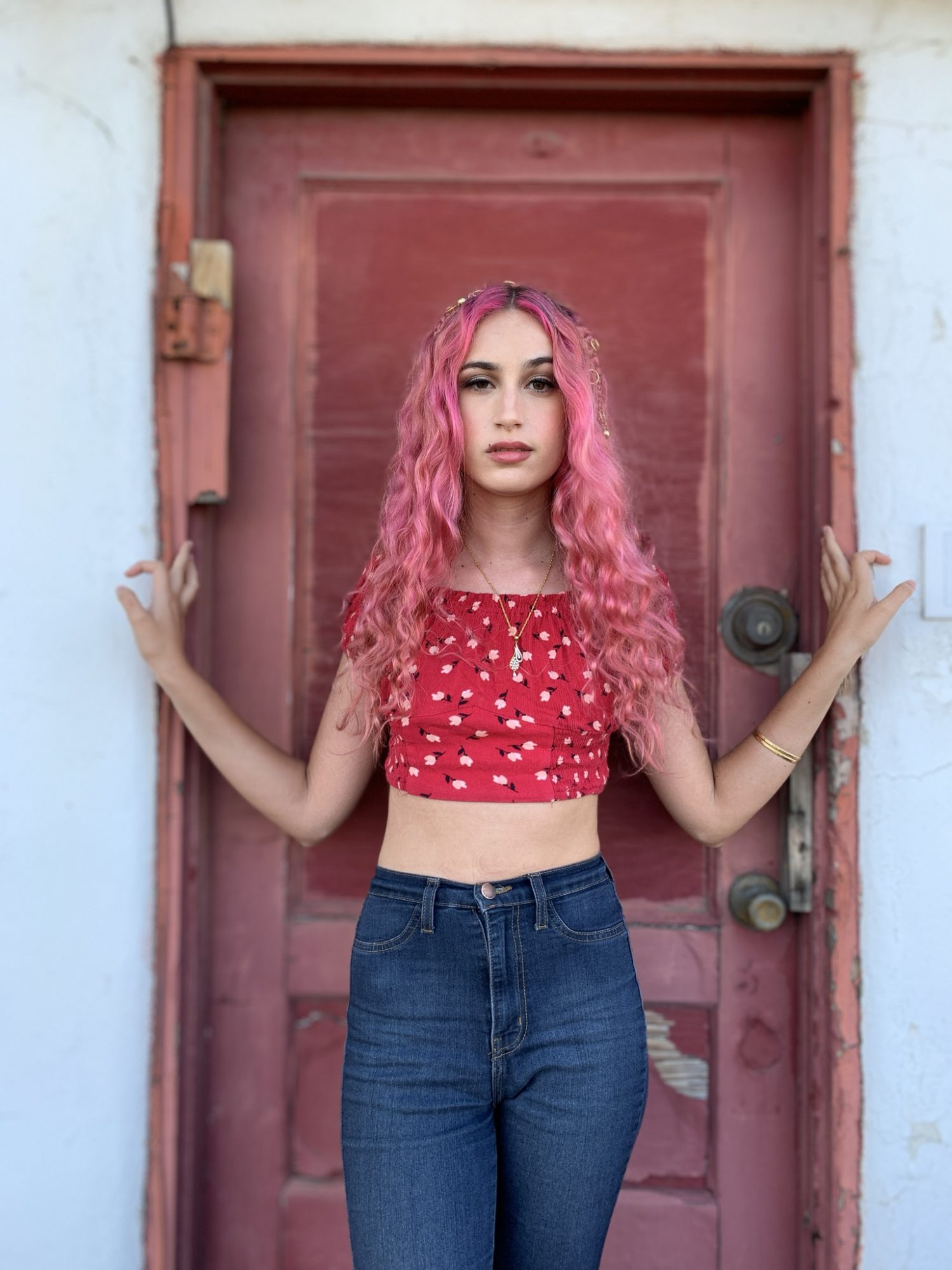