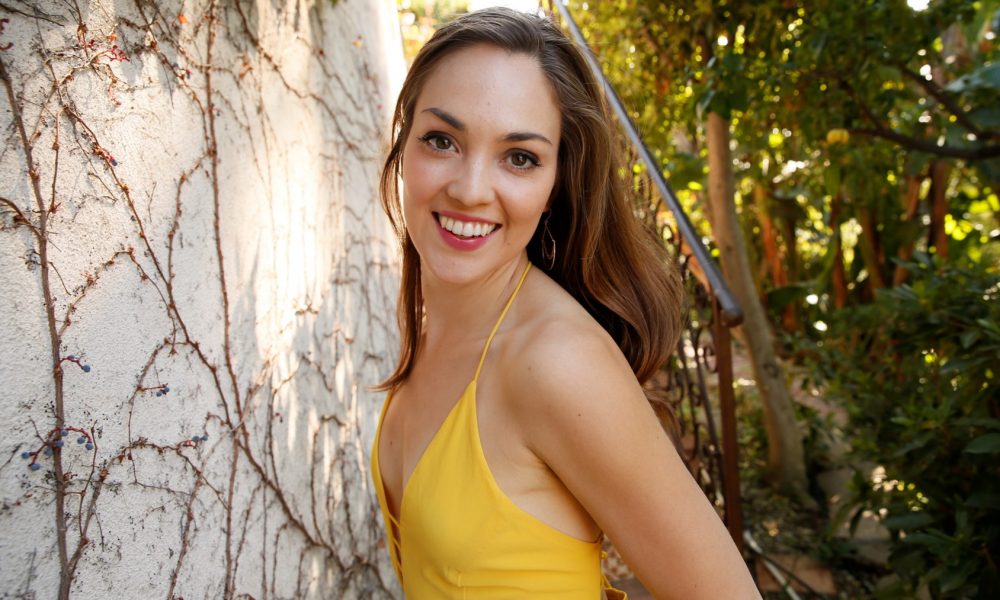 Today we’d like to introduce you to Tricia Brooks.

Tricia, please share your story with us. How did you get to where you are today?
I can remember thinking at the age of seven that this one life of mine is going to be vibrant, deep, beautiful and full of adventure. I didn’t quite know what that truly meant back then but I knew that was the kind of life I would have. I was raised in Sacramento, California and am eternally grateful for my childhood, family, and friends. From a young age, I knew that I was going to be an actor and was lucky enough to have the emotional support and belief of my family to allow that to be a reality.

Around the same time, I also became incredibly involved with nationally competitive synchronized swimming from the age of seven to seventeen. We practiced five to seven days a week and traveled all around the states competing. It’s an incredibly challenging and amazing sport. It’s probably one of the reasons I’m such a determined person, and why I feel like a mermaid every time I’m in any body of water. I had always been in musicals and plays while also doing synchro but I wanted to switch my focus to really diving into the craft of acting so I quit competing with synchro, which was quite the identity shift, and began auditioning and performing all the time in Sacramento. Also during this time someone incredibly close to me suddenly passed. It shook my world and reminded me that life is too short to not go out and strive for all of your wildest dreams even if it’s scary.

Being half English I would spend chunks of my life in one of the most wonderful places on the planet, Southwest England, where I grew a deep love for all things British; BBC tv, Shakespeare, the English Coast, London, British humor and of course the people. After going to college to study theatre and film at San Francisco State University, which I would not change for the world, I went backpacking around Europe and then ended back in London to work and continue studying theatre at RADA. I would go to rehearsal for eight hours a day and then at night see a different play. It was truly magical and the experience was invaluable for my growth as a human and artist. This was also when I directed my second short film that a dear friend I met at RADA wrote and acted in. I was very proud of that film as it was the first time I was the director of photography, director, producer, gaffer, and editor. It wasn’t perfect as many of our first few films aren’t but it had heart, was beautiful and I still am so proud every time I watch it. You can always do way more than you believe you are capable of doing if you give yourself permission to do so. Youtube videos were very helpful as well!

I then moved to Los Angeles about six years ago and began my journey here. What a wild amazing journey that has been filled with laughter, joy, tears, deep friendships, love, auditions, bookings, health coaching, heartbreaks, almost booking, healing, more tears, writing, and standup. I came to LA feeling insecure and uncertain but knowing that it was just a moment in my life and I would feel myself again. Through community, acting classes, specific teachers, personal growth, spirituality and experience I have found my way. It truly is a beautiful journey, but not without some hard learning experiences.

I studied at Margie Haber studio, at CBA acting studio, many other studios, am currently in improv at UCB and have just performed stand up at The Comedy Store with Whitney Cummings. I love stand up. I feel so grounded and connected to the audience and it’s been one of the most empowering experiences of my life. Always do the things that excite you, and scare you because that is where all of your growth comes in and you will realize it’s not as scary as you thought it was going to be. Plus I can’t tell you how empowering it is! Many of the films I have been in for the last three years have gone on to win Best Film/Best Acting awards at film festivals and Spades, an anthology series I guest-starred on, is now streaming on Amazon.

This year I have been blessed to travel to West Papau to go scuba diving, other Indonesian islands, Japan, Singapore, England, and Mexico. In my life, I have traveled to more than 30 countries and still have so many on my list to experience. Traveling reminds us that we are not the entire world. We are apart of this world and humans all want the same things; safety, love, to thrive, health, and happiness. We just go about getting these things in different ways. This has inspired me to write about the stories we rarely hear about, to ask questions about other’s perspectives and to dream big.

Along with being an actor, I have also been extremely passionate about health for my entire life and grew up with food activists and nutrition enthusiasts as my parents. I began years ago sharing the information I have learned over my lifetime of food education and now coach and train people to live healthier/happier lives regarding the food in which they eat and mindset in which they have. As I learned from a young age that if we do not have our health we cannot do anything else to the best of our ability.

Great, so let’s dig a little deeper into the story – has it been an easy path overall and if not, what were the challenges you’ve had to overcome?
EVERYONE told me LA was hard but I didn’t really know what they meant and I was too stubborn to think it would apply to me. HA. LA in my experience is all about mindset. It’s tests who you are as a person and how much faith you have in the world and yourself. Acting is like a personal growth journey on crack. You have got to do all the inner emotional work, the acting craftwork and also the business of acting work because you need all three to be successful in the long term. All of these things have pushed me in the best way possible but it hasn’t been easy as it encourages one to confront your deepest insecurities and personal traits and heal the sh** out of them because if you don’t another experience is going to come around teaching you the same lesson you needed to learn the first time.

How one deals with “failures” has a lot to do with the longevity of an acting career, business and also our psychological health. This is why I abide by the concept of a joyful journey which basically means we must have fun along the way! I make sure to have a good laugh minimum three times a day and enjoy the ride as we will NEVER arrive. Even if you think you will that is a lie. We are humans and that means we are not truly fulfilled unless we are working on our progress. I had to get over being so hard on myself, what people thought of me and cultivate the confidence in which I’ve almost always had but lost a bit when I moved to LA in the beginning. I had to heal from grief stronger than I imagined, work on my own self-worth, loneliness, and what I let “rejection” mean about me.

(I believe rejection is just redirection but sometimes in the moment it feels real.)

When I moved to LA I had $150 in my account, no job, and was sleeping on my brother’s pullout. HA. Most people have that story.

I wouldn’t change any of it. It’s a beautiful life.

We’d love to hear more about your work and what you are currently focused on. What else should we know?
Currently, I’m doing lots of stand up, comedy improv and health coaching. I’m also currently writing two of my own scripts. I’m extremely excited to guest star in Lorena Gordon’s new film that deals with a story that I can’t reveal yet but is very close to my heart along with two features that are shooting before the end of the year.

Any shoutouts? Who else deserves credit in this story – who has played a meaningful role?
I have had many but Eden Bernardy stands out. She was one of my first teachers in LA that I felt really saw me and supported me. She encouraged me to open up, instilled confidence in me and pushed me so much as an artist and human. She always asked, “What is it like to be human for you?” This is the phrase I have asked many to understand their perspectives and to not judge. She made everyone feel that it was important to be an artist, to share our gifts because artists are what open other people’s perspectives and can affect the world in a positive way. I had the pleasure of knowing her for almost three years. Sadly after suffering cancer, she passed right after teaching a class. What a miraculous, deep woman who had this way of making you feel so at home and guiding you to excel in life. I also find amazing guidance at CBA Acting studio from KC Clyde’s inspiration, specificity to the root of the story, and heart and Nawal Bengholam guidance on the business side of acting/managing of life.

I would not be who I am today without my mum and dad, my beautiful soul community of friends I have found in LA, my brother, grandmums and Berlioz the dog who is my biggest cheerleader. Thank you all so much for all your love and support! 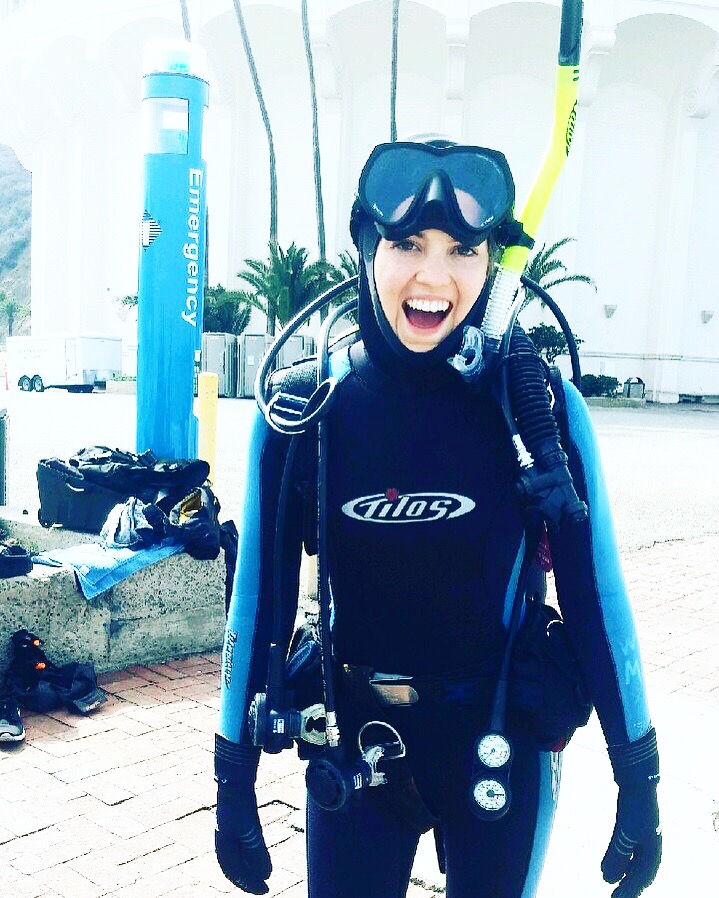 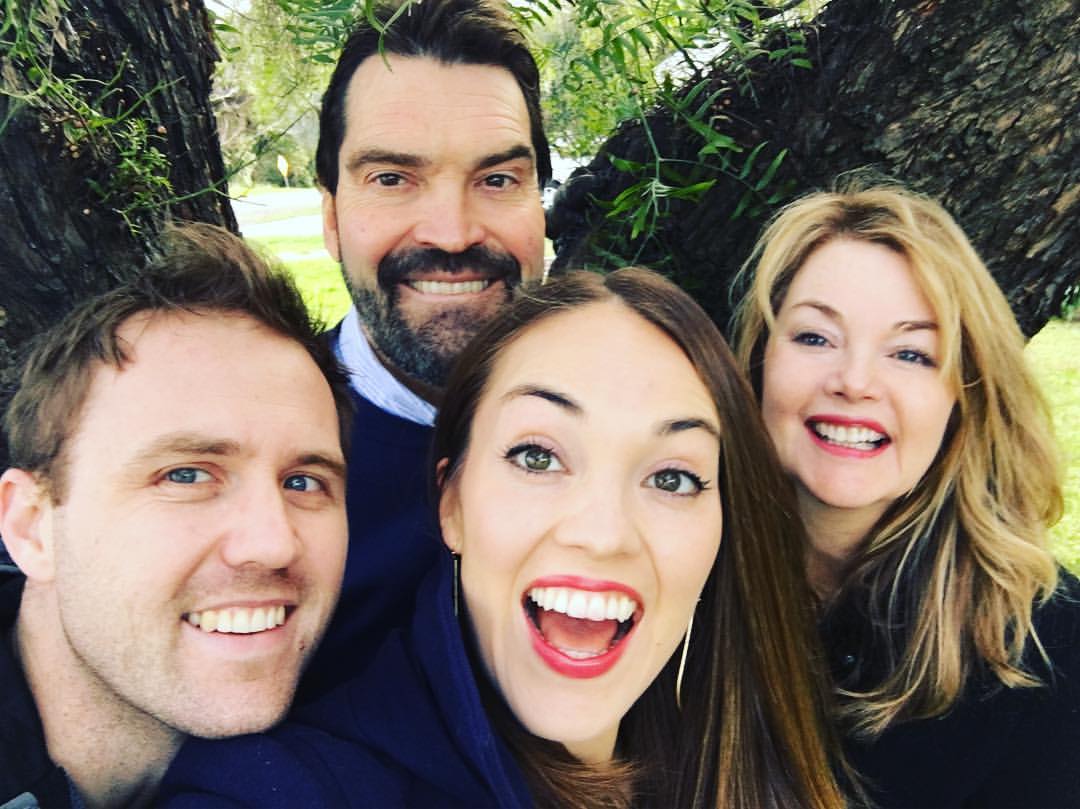 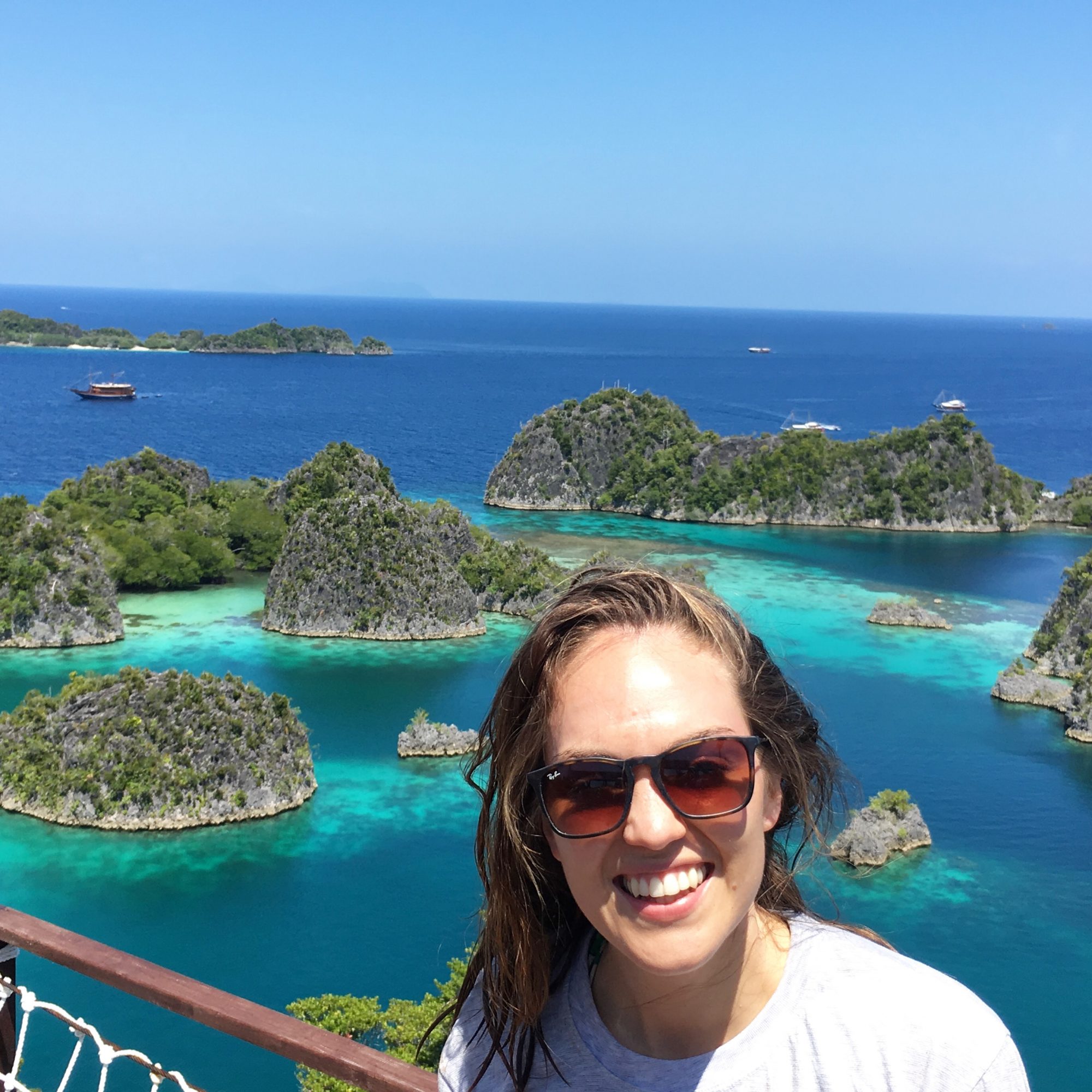 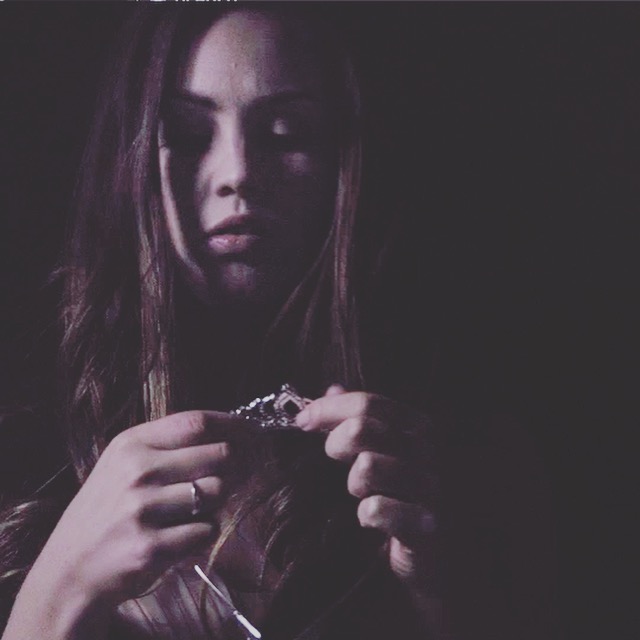 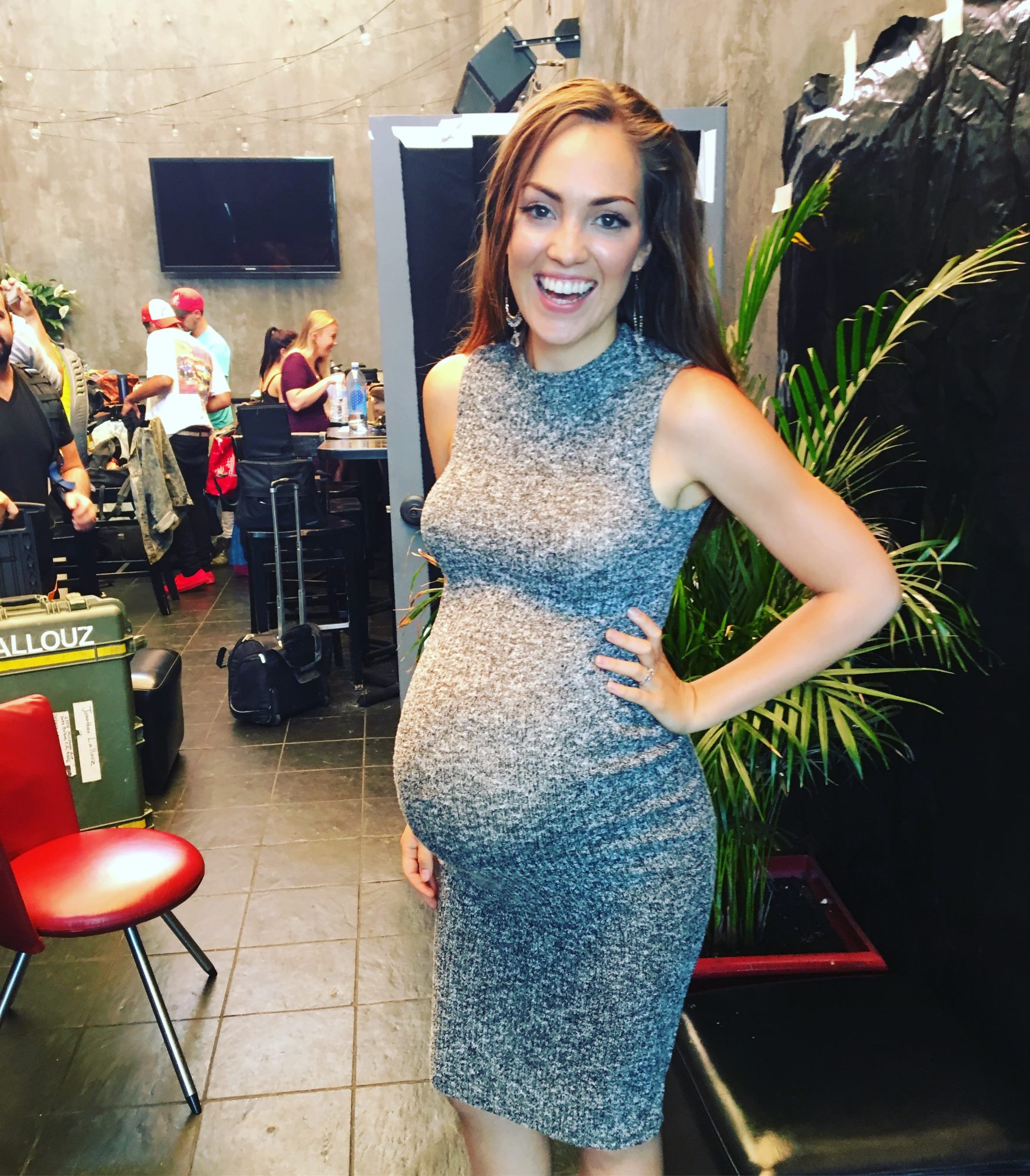 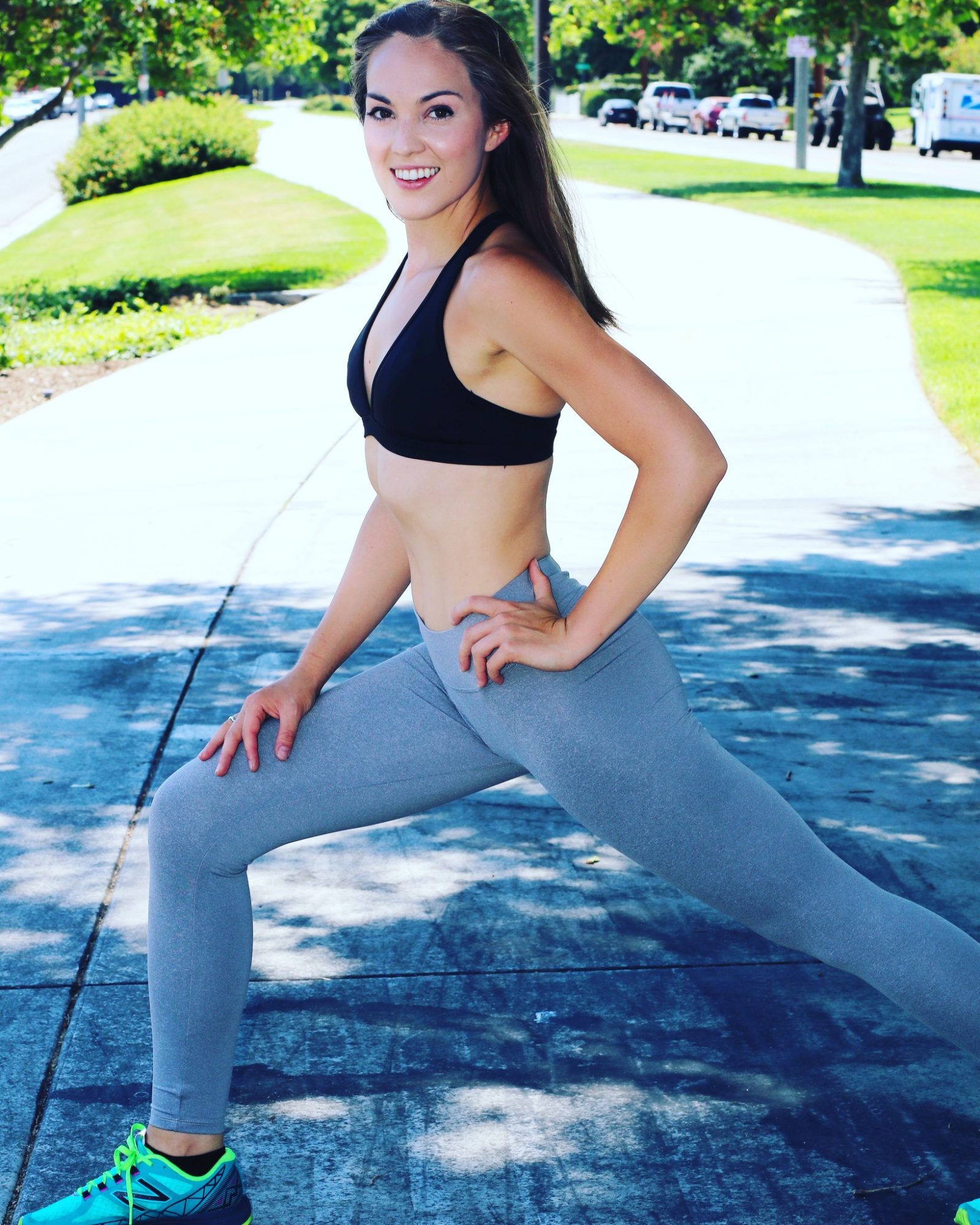 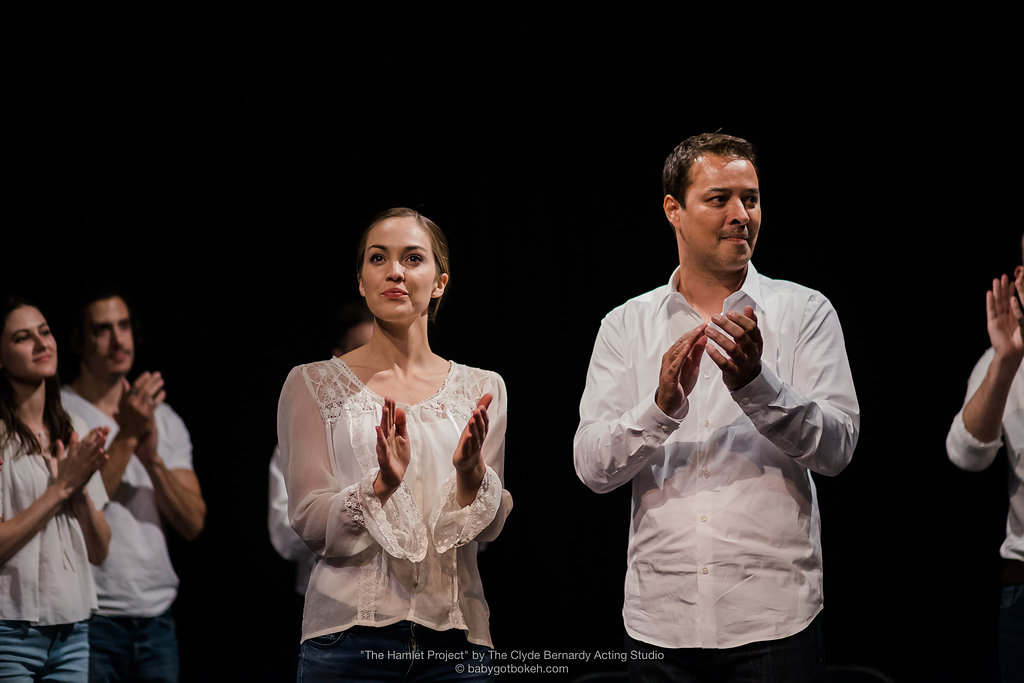 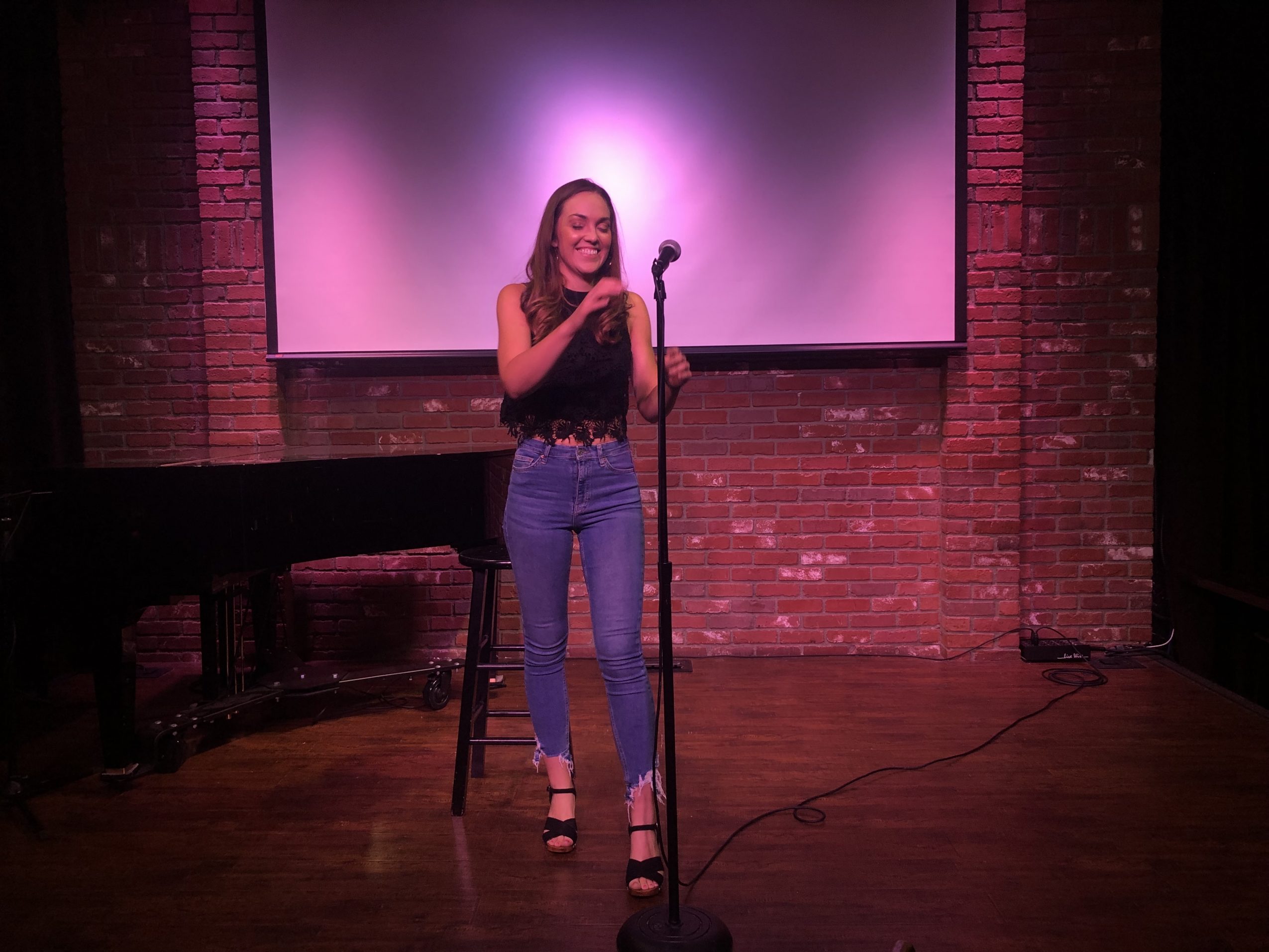 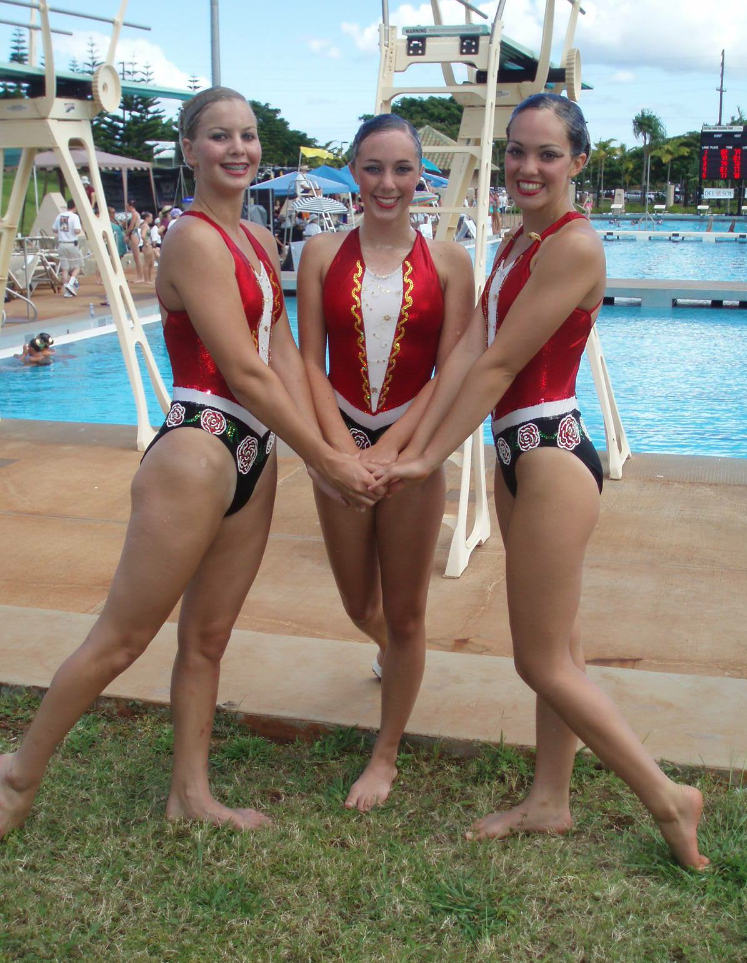 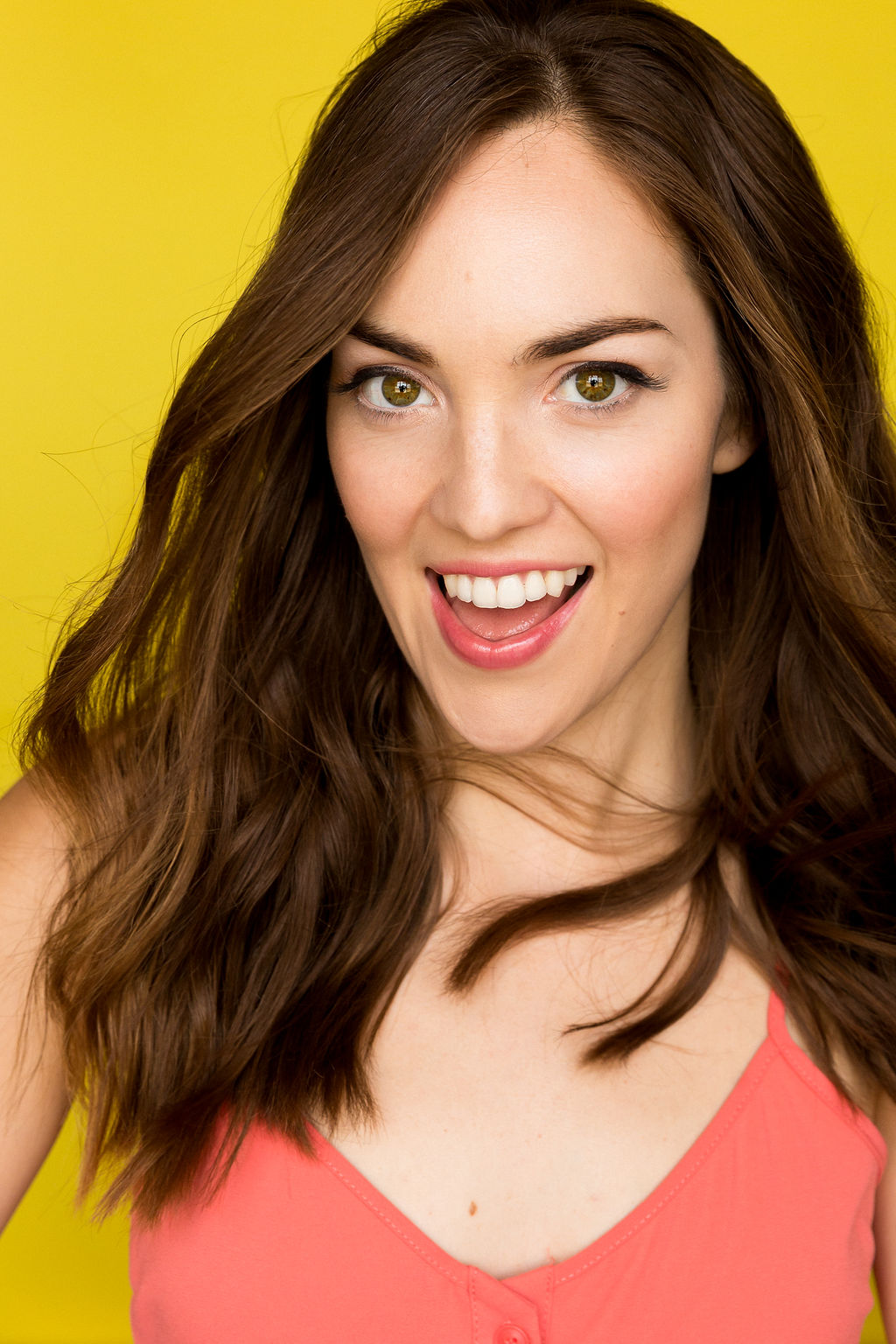